To mark the fortieth anniversary of paid vacations in France, Martine Franck was commissioned in 1976 to do a survey of the French 'en vacances' In France, paid holidays may now be recognised as a fundamental right for anyone in employment, but this was not always so. In 1936, following a strike of more than a million workers, the government signed the Matignon Accords, which mandated, among other things, 12 days of paid leave for workers per year, and came to be known as the ‘Magna Carta of French employment’. Henri Cartier-Bresson photographed some of these early holidays, featured here in our first instalment of our summer season of stories exploring how societies holiday.

In 1976, forty years after this landmark ruling, Martine Franck and four other photographers (including Guy Le Querrec) were commissioned by La Fondation Nationale de la Photographie to report on the theme: Les Français en Vacances (The French on Holiday). The project was in part a celebration of the creation of the Photographic Foundation but also of the anniversary of “congés payés” (paid vacation). 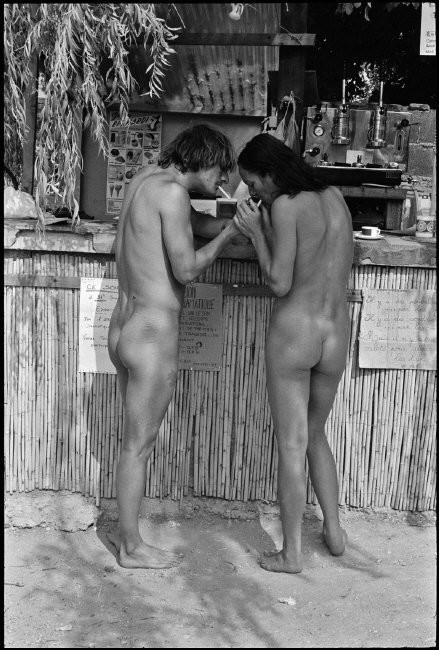 "I wanted to express what the holidays were without proving anything, and evoke an atmosphere without necessarily describing it" 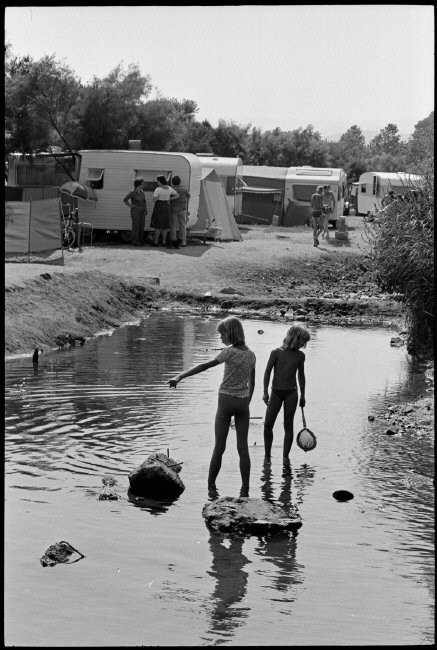 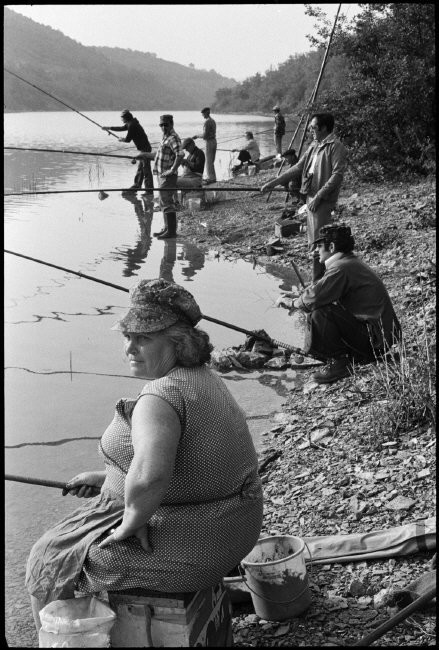 The Belgian Magnum photographer—who at the time was at Viva Agency—chose to take her pictures mostly in the South of France and spent two months focusing on a range of subjects. “I did not try to do a systematic documentation on the holidays of the French, the subject is too broad,” wrote Franck that same year. “I was a little random in my discovery, without having a preconceived idea of what I was going to find.”

In typical Franck fashion, the images are softly drawn; hinting at both the innocent and the coquettish. From the unbridled joy of children jumping off sand dunes to the lazy romance of a young nude couple or the stillness of an elderly woman knitting, they reveal the culture of French society en vacances. “I chose certain situations which interested me in particular where there would be crowds, for example, the Castellet Pop Music Festival,” said Franck. “Just as the beach seemed to me a typical situation, I also wanted to look at the concept of organised vacations, so I went to naturist camps and to various Club Meds.” 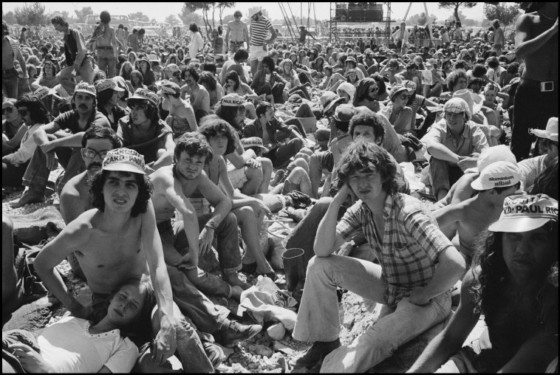 "Doing this work I realised essentially that you can either suffer a holiday or enjoy it, and that it’s not always a choice"

The crowds—and the individuals within them—are of course the focus for Franck but so too are the strong shadows drawn by the midday sun or the glittering sea lusting under a clear summer sky. It is not only the French who are on holiday, but France itself. “I wanted to express what the holidays were without proving anything, and evoke an atmosphere without necessarily describing it,” she explains.

In her acknowledgement that she could never capture French vacations in their totality, Franck allowed herself to be carried away by small gestures in the present. Rather than search for the definition of a ‘happy holiday maker’, she found people who had embraced the freedom that holidays allow—be that good or bad. “Doing this work I realised essentially that you can either suffer a holiday or enjoy it, and that it’s not always a choice,” she said. “The journalist Guy Sitbon described it very precisely: that to succeed in one’s holidays you should also live your life to its fullest eleven months out of twelve.” 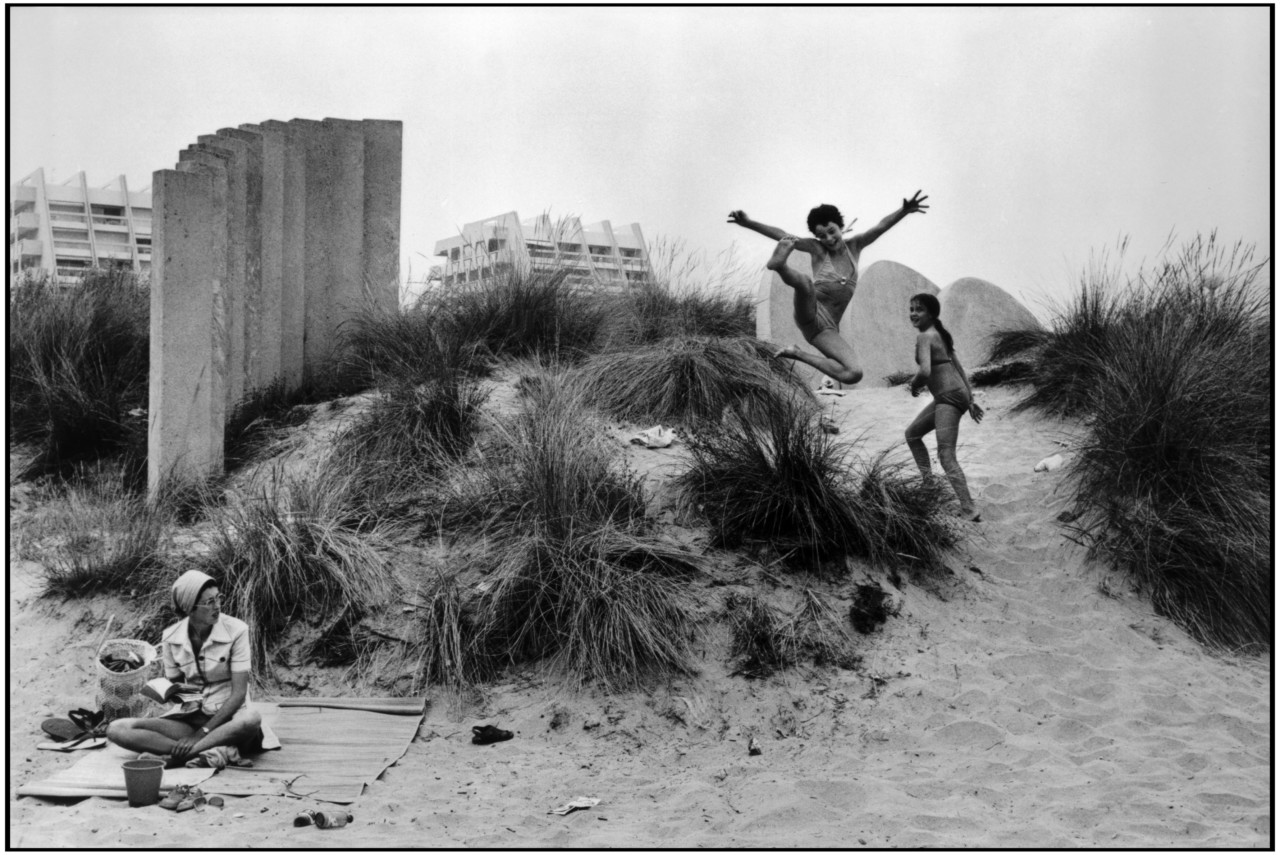