Three years on from a catastrophic fire, Patrick Zachmann continues to document the process of restoration at Notre-Dame cathedral, an icon of Parisian identity 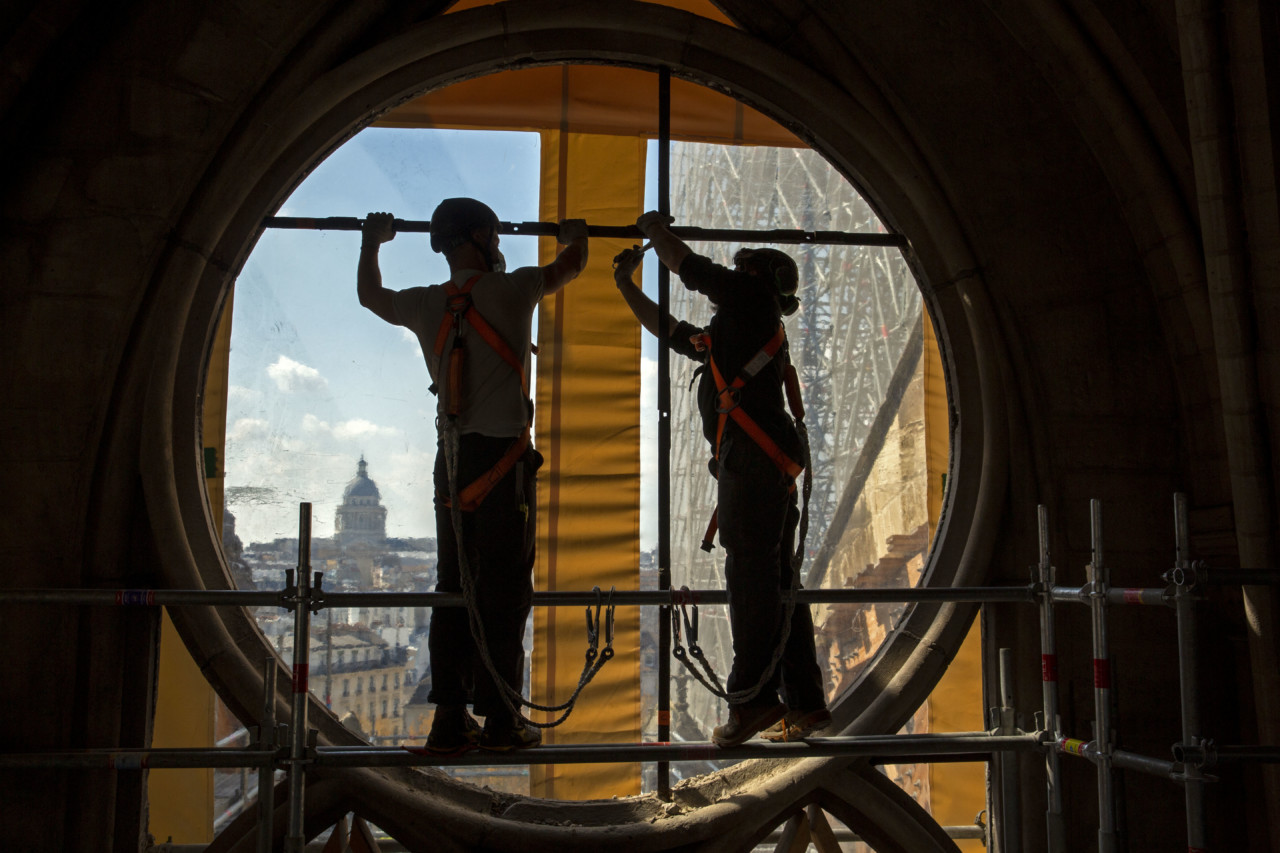 Patrick Zachmann Dismantling of an 'oculus' through which a wooden framework will be brought in order to reinforce the arches of the nave. Notre-Dame cathedral, Paris, France. 20 April, 2021. © Patrick Zachmann | Magnum Photos

“In the eyes of Parisians, the Notre-Dame is a symbol of our identity,” says Patrick Zachmann, who was at the scene shortly after a catastrophic fire broke out in the cathedral’s vaults three years ago on the evening of 15 April, 2019.

He began photographing as the flames started to curl outside the rooftop of the building’s iconic exterior, capturing the dramatic collapse of the cathedral spire, bringing down 750 tonnes of lead and stone with it, watched on by gathering crowds.

“It’s a reference, a constant – even though it has been nearly destroyed many times before,” says Zachmann, who later gained access to the ruins, and eventually embarked on a long-term project documenting the painstaking process of restoration. Patrick Zachmann The north-east of the transept in Notre-Dame's cathedral during the first phase of reconstruction. Paris, France. 20 April, 2021. © Patrick Zachmann | Magnum Photos

"That is the privilege we have as photojournalists: we get access to places that the public don’t.
We are messengers." 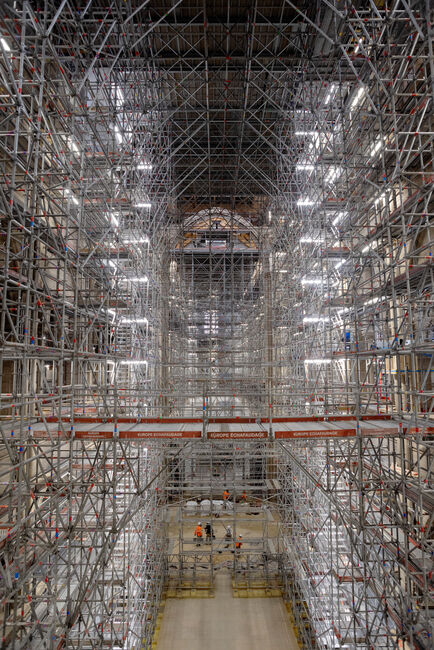 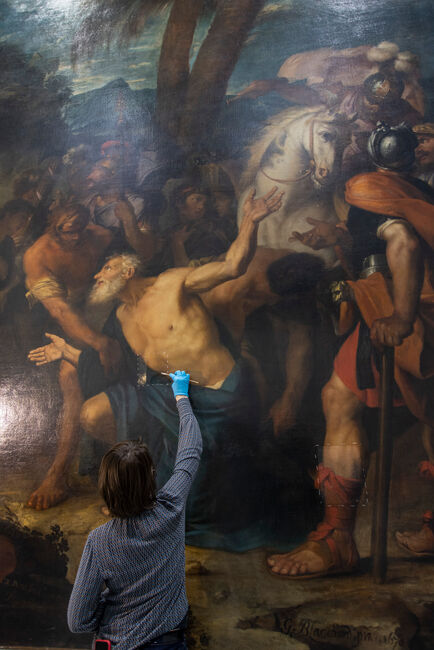 “I’m not a believer. I don’t really even like churches or stones; it’s not my cup of tea. But when I was stood in front of the cathedral that evening, I was really moved. And, later, I realized that it is really important to me as a Parisian. In a way, it helped me to define more precisely my identity as a Parisian more than as a Frenchman.”

The blaze raged for hours before firefighters were able to bring it under control, saving much of the building’s walls and towers, its stained glass windows and iconic buttresses. Soon after, President Macron ordered that the cathedral be rebuilt, within an ambitious timeframe of five years. The approach to its restoration became a national talking point, a symbol of recovery for many during the time of Covid, and following the terrorist attacks on the French capital in 2015. 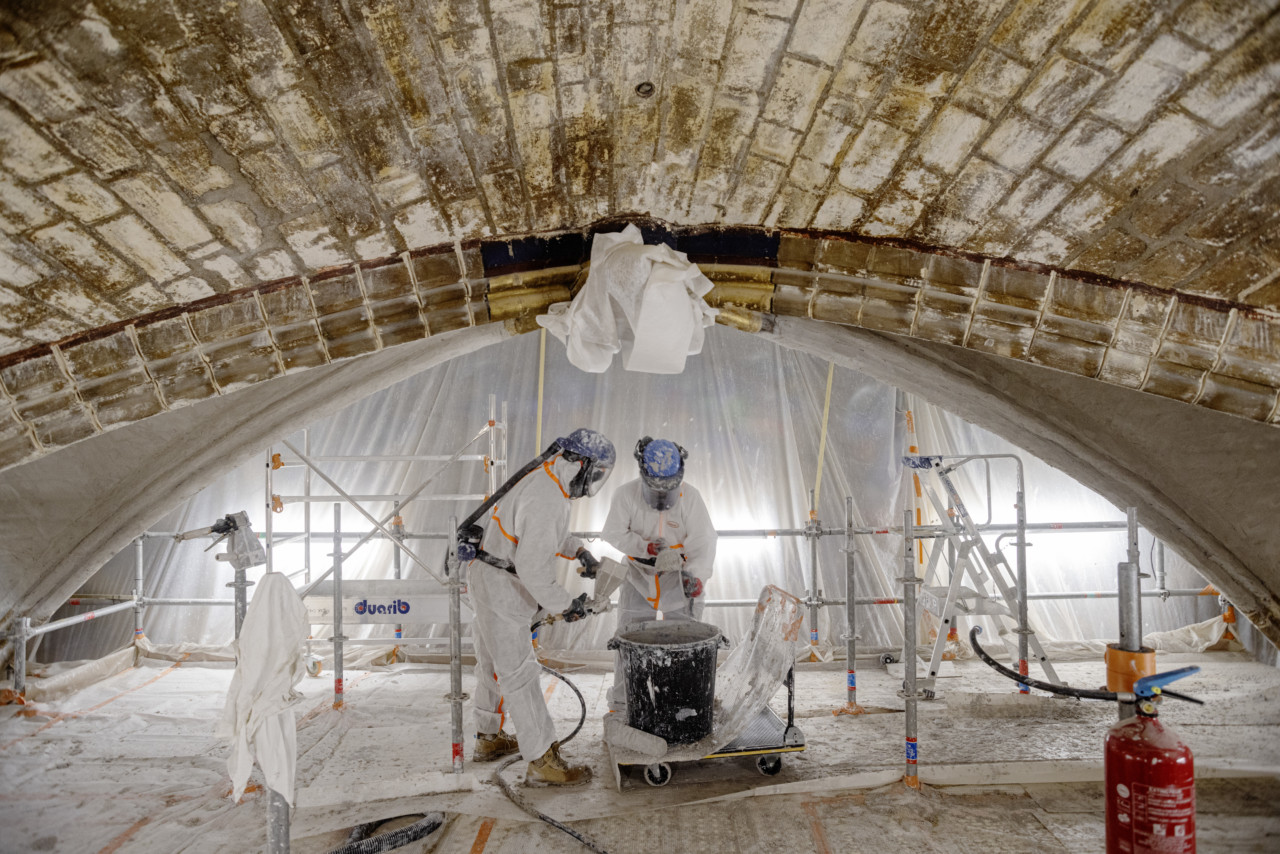 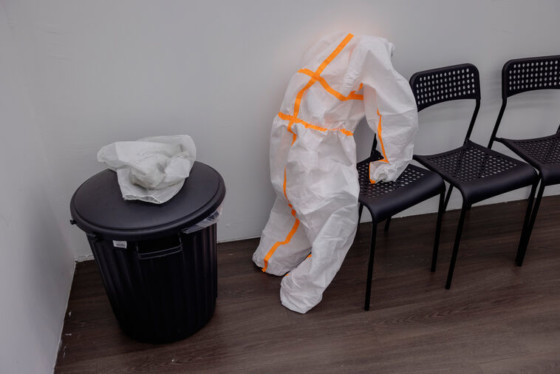 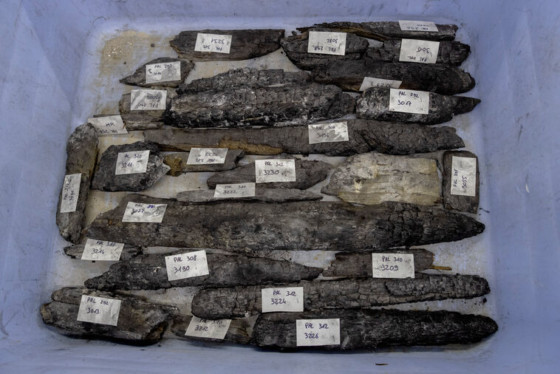 Patrick Zachmann Research operations on burnt wood are carried out under the direction of Florence Mousset, study engineer responsible for movable archaeological property at the DRAC, and by Olivier Girarddos and M (...)
ichel Lemoine of the CNRS. Saint-Witz, France. 24 January, 2022. © Patrick Zachmann | Magnum Photos “I had all that in mind, standing in front of the fire,” the photographer admits. “I think all Parisians had this trauma in mind, actually,” especially as the cause of the blaze was not yet known. Zachmann had been deeply affected by the attacks, being the first reporter to arrive at the scene of the Bataclan theatre, where dozens of concert-goers were massacred. He captured video footage of the police as they first arrived outside, met by gunfire from one of the terrorists shooting from a window. The shaky footage, shot on his ageing mobile phone, was shown around the world. He would also later make a project about the survivors.

Benefiting very early privileged access and, from January 2020, as part of a partnership between the Etablishement Public responsible for the conservation and restoration of Notre-Dame de Paris cathedral and Magnum Photos, Zachmann took us into one of the most exciting construction sites in the world.

“It was very dramatic: all the burnt stones and wood, and the desolation. It was very sad. But, at the same time – you know how it is sometimes for photographers – somehow it was fascinating.” He recalls the overwhelming silence, and the huge gaping hole in the roof, allowing shafts of light to fall down upon the medieval seating below, much of it upright and still intact. “For a photographer, of course, it was immediately very strong, visually.” Patrick Zachmann Cutting of oak trees which have been carefully selected to rebuild the spire of Notre-Dame's cathedral. These trees have a length of a minimum of 20 meters and must be straight. Forêt de Bercé, Sar (...)
the, France. © Patrick Zachmann | Magnum Photos

"There is an historical line that is not only about patrimony or about the restoration of this iconic monument: it’s also about people" 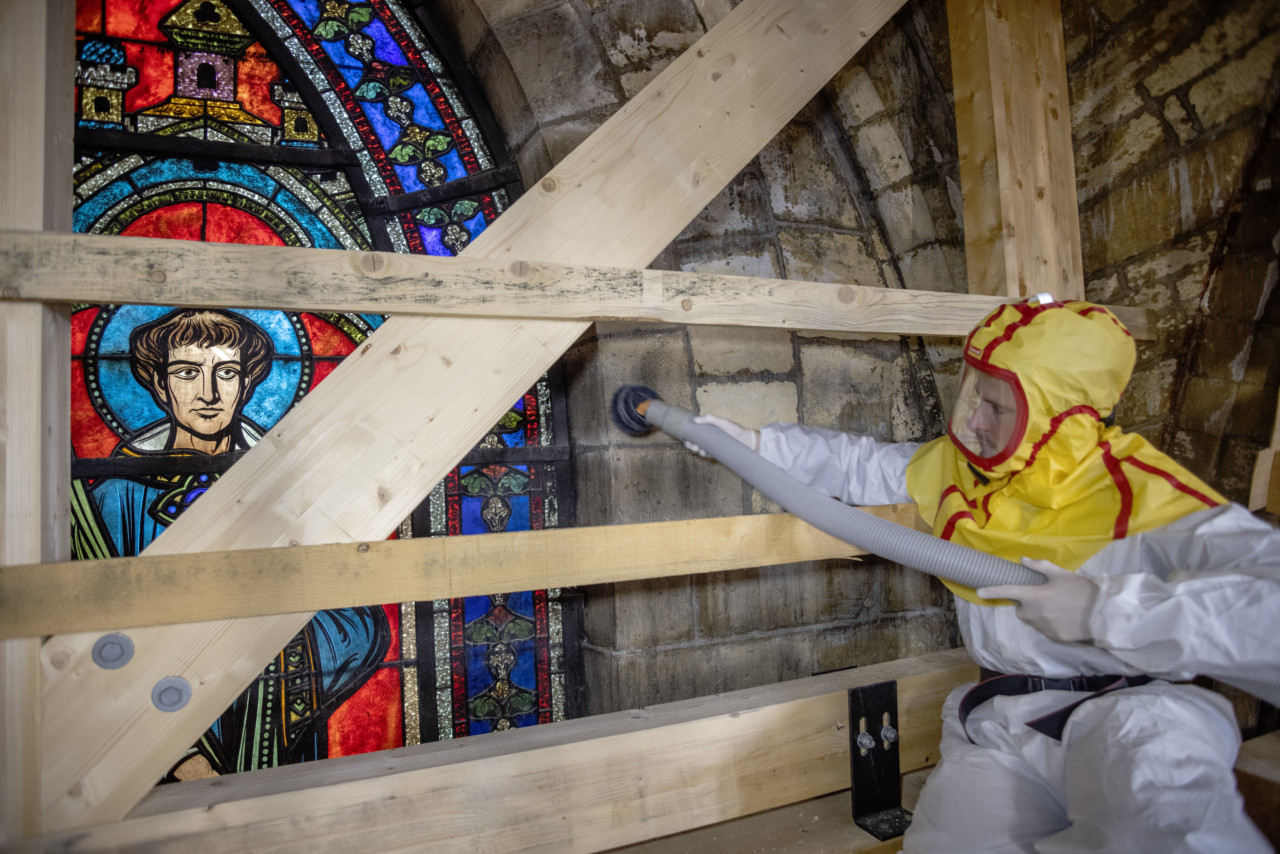 On the first day after Zachmann was given access, he was guided around the building, much of it in ruins. The next day, he returned alone, and at one point got lost, trying to navigate around the spaces that were too dangerous to traverse. “It was quite frightening, actually, to be alone there. When I think back, I realize how fortunate I was to be able to go everywhere. But it was sometimes quite risky, because I had no protection. But it was great.”

He would spend the next two years documenting the first phases of the rebuild, securing the cathedral and its precious contents in preparation for the restoration proper. Last autumn, these pictures were published as a book, Notre-Dame. Histoire d’une renaissance, and some are on display as part of a large-scale outdoor exhibition that runs alongside the cathedral, on rue du Cloître-Notre-Dame.

“I think it’s the most-seen photographic exhibition in Paris,” says Zachmann. “It’s been up for two years, throughout the Covid lockdown. It was the only exhibition you could see! The idea was for the public to see what was going on behind the scenes, because they were becoming very frustrated. “That is the privilege we have as photojournalists: we get access to places that the public don’t. We are messengers. We show the reality of what people cannot see for themselves. And this story is also about that. I like this secret part: the privilege you have. You know you are in a place where no one else can be, unless you are working there.”

Although Zachmann is no longer the only photographer given access to the cathedral site, he is the only one to have covered almost the whole story, from the fire to the rebuild. Last year, the restoration phase began, and Zachmann has thrown himself into the work of the multitudes of craftsmen and women, from those tasked with choosing and shaping oak trees for the reconstruction of the spire, to the meticulous examination of the cathedral’s stained glass windows. The work will continue for two more years, reopening, it is hoped, in time for the 2024 Summer Olympics in Paris.

The cathedral has, in fact, undergone many reconstructions over the years, not least following the French Revolution, when much of its religious imagery was destroyed. “Each time, the hand of man rebuilt and improved it. There is an historical line that is not only about patrimony or about the restoration of this iconic monument: it’s also about people: the women and men who are involved in this restoration. I wouldn’t have been interested in doing this project otherwise.” 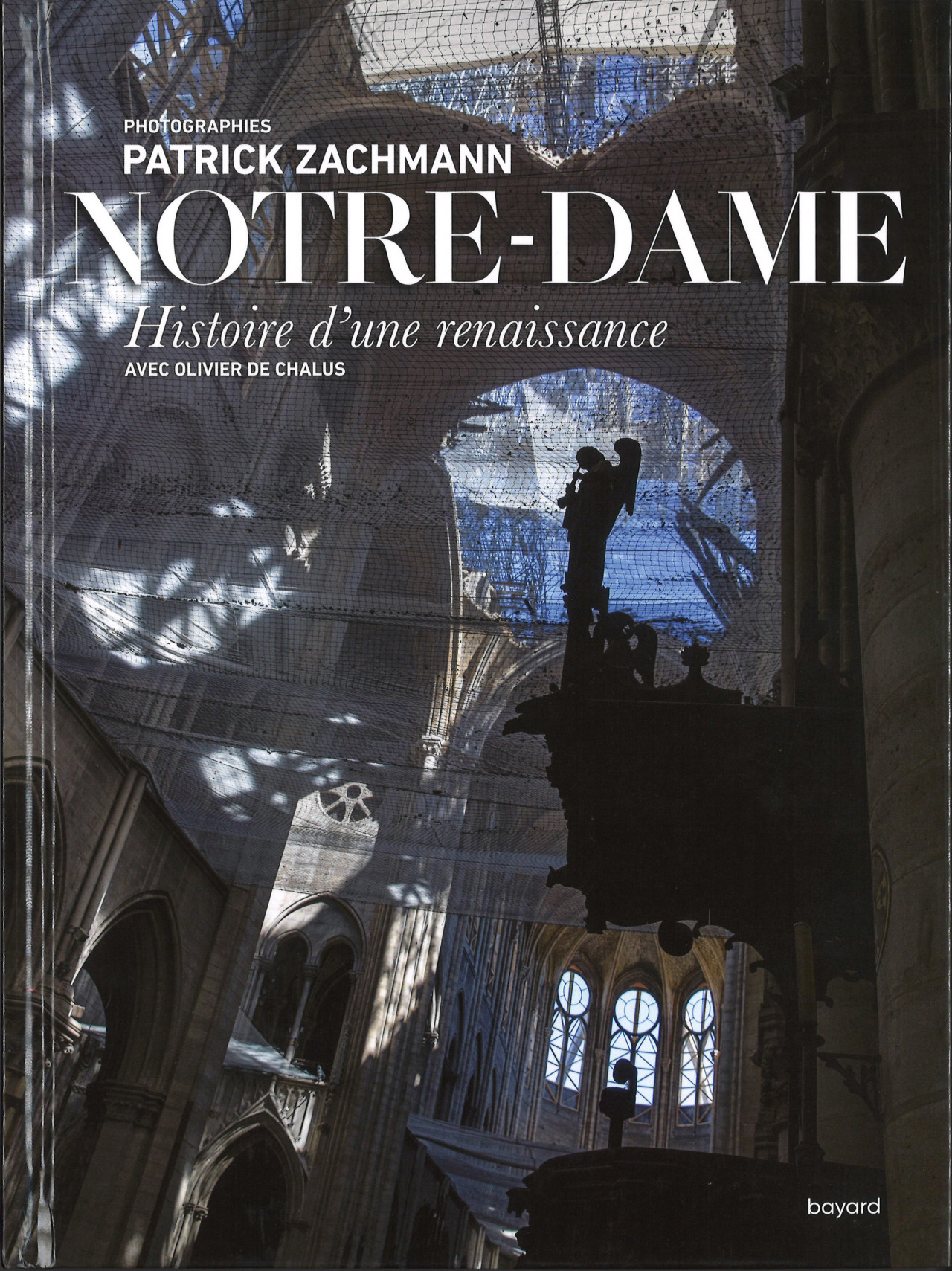 2
Notre-Dame. Histoire d'une renaissance, Patrick Zachman's book of photographs of the first phase of the cathedral's reconstruction, published by Bayard Culture in 2021 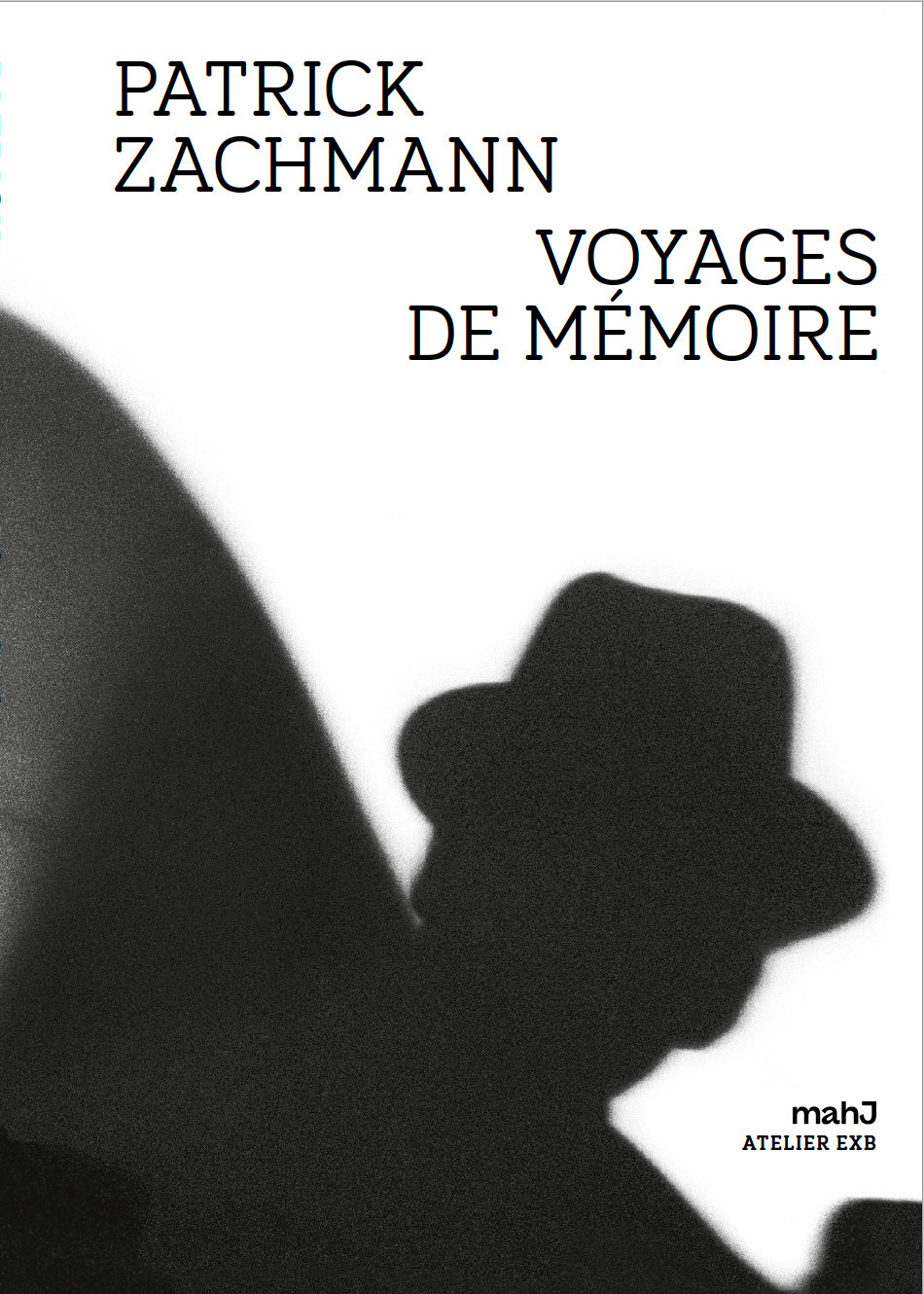 2
Voyages de mémoire, Patrick Zachmann’s decades-long investigation into history, identity and himself, published by Atelier EXB in 2021
2
View all

“l wanted to open the doors of my world”

Devastation and Restoration in Notre-Dame de Paris, One Year On