Writer Maisie Skidmore presents SELF 07, the latest artistic project from Saint Laurent, which launches this week with six spectacular pop-up exhibitions in six cities around the world 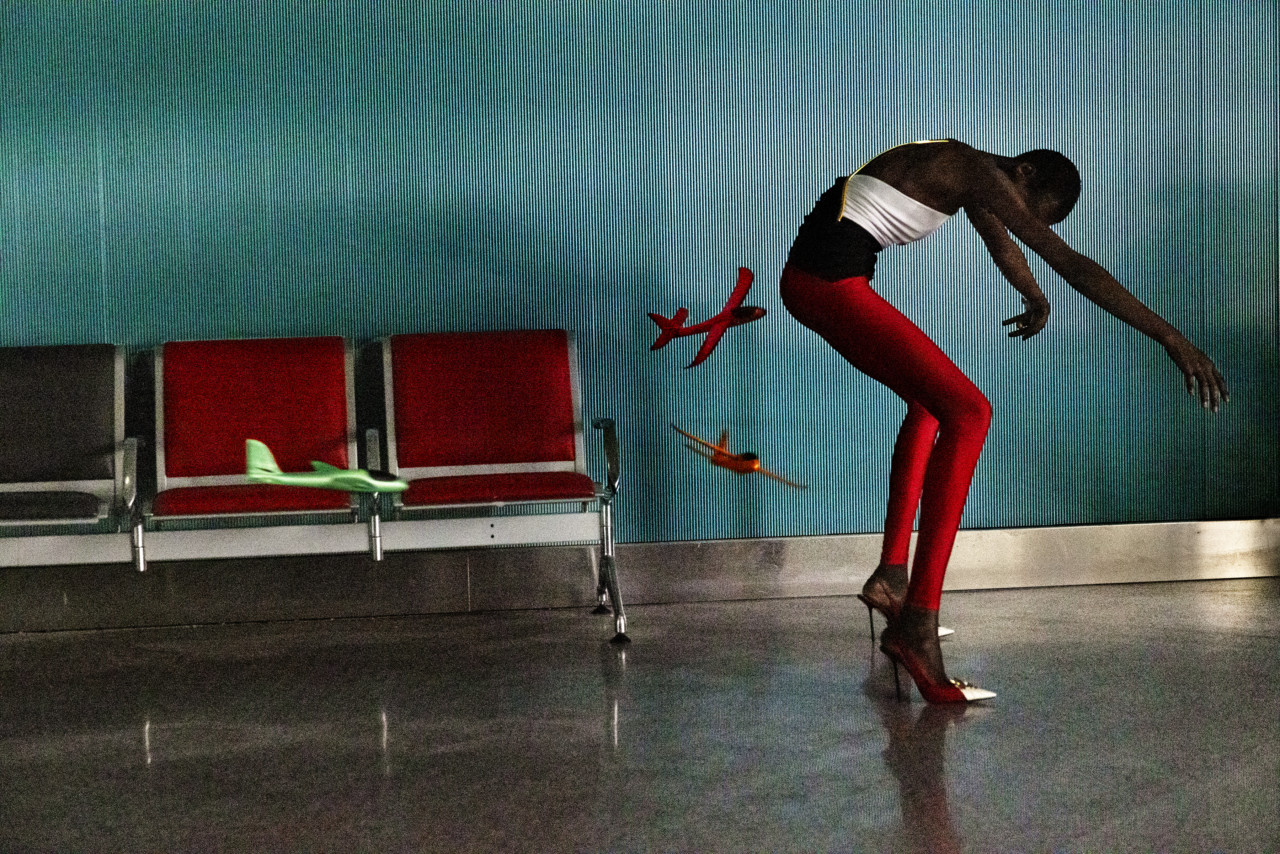 From his position at the cutting edge of popular culture, couturier Yves Saint Laurent created fashion collections that reverberated with the energy of – and often paid direct tribute to – masters of the art world. Individual pieces and sometimes whole collections made nod to Mondrian, Matisse, Picasso, Braque, Cocteau, Velásquez, Delacroix – and many others, besides. The clothes he created, and the women who wore them, entered into a dialogue with art.

Now, more than 60 years after it was first founded, Saint Laurent continues to uphold its side in the ongoing conversation between fashion and art – now under the visionary eye of Anthony Vaccarello. In 2018, the creative director founded SELF, an evolving artistic project in which he invites artists to create a new body of work embodying both their own voice and the personality of the fashion house. With each iteration, Saint Laurent is seen anew. Creative disciplines across art and fashion are invited to express themes of diversity, individuality and, above all, self-expression through an artistic lens.

The selection of the artists is a very instinctive process for Vaccarello, based on his admiration and respect for particular artists, and for SELF 07 he chose to work with Magnum. 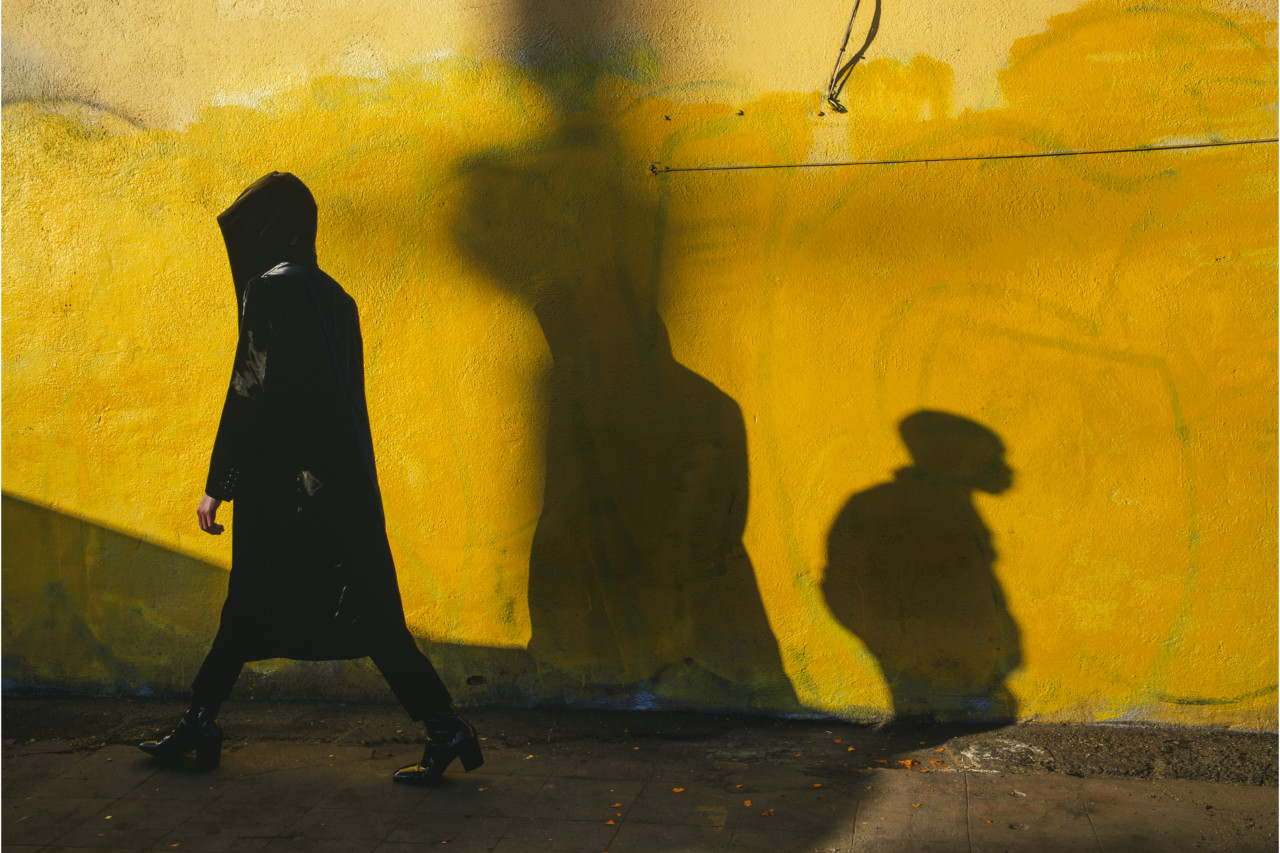 “It was such an unexpected request,” admits Nikandre Koukoulioti, Magnum’s Advertising & Fashion Development Manager, “And what a challenge for us and for them!”

Working on the project for four months together with Clara Berbessou, her colleague in the Magnum Paris office, Koukoulioti soon came to understand why the agency has been chosen. “Yves Saint Laurent had wanted to challenge his image, working with outstanding artists known for creating highly distinctive and truly compelling work that will endure.”

And so it continues for the fashion house under the direction of Vaccarello, hence its interest in “the historical and artistic value of Magnum Photos,” she explains. “Saint Laurent stands for the creative freedom to express different forms of artistic visions, and Magnum stands for this as well.” 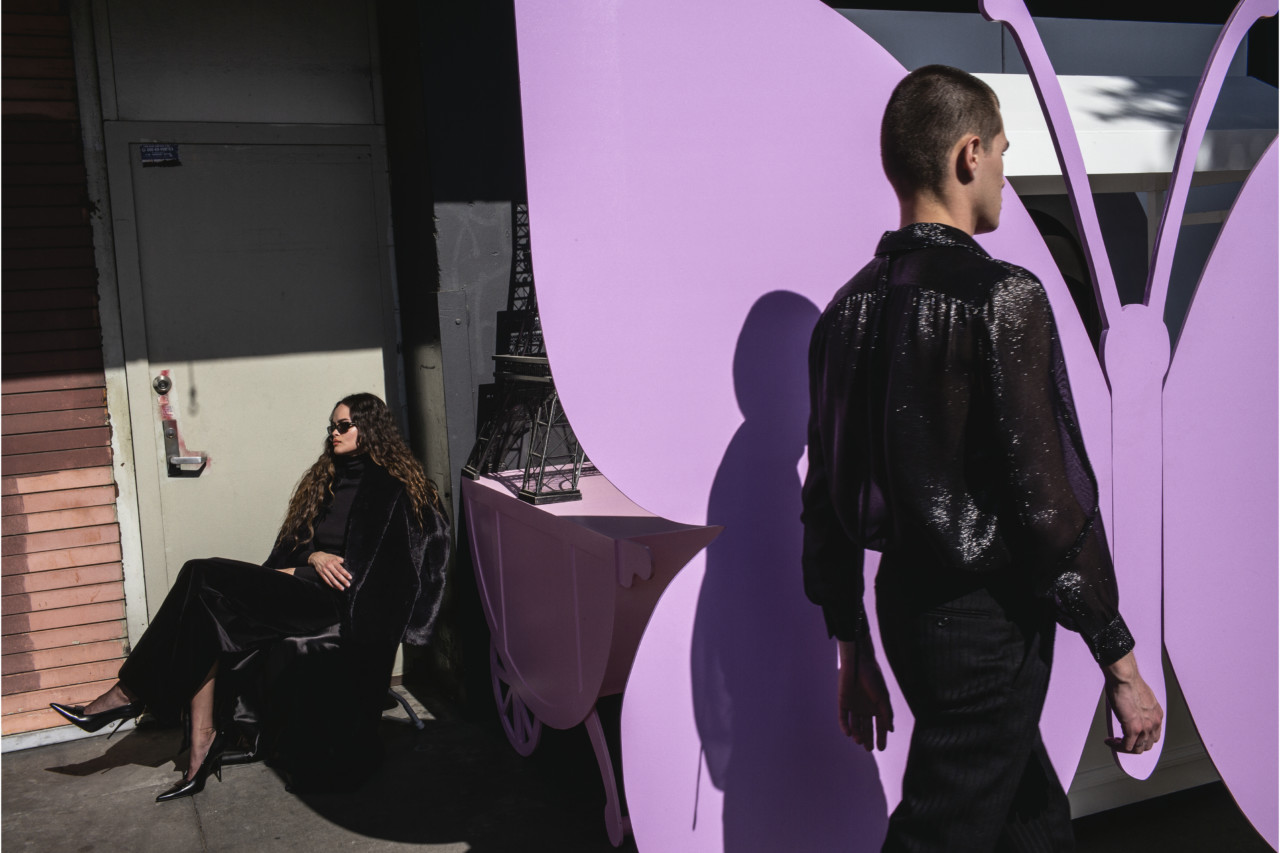 SELF 07 sees six photographers interpret the house’s core values, in six different cities in their homelands. Magnum photographers Alex Webb, Harry Gruyaert and Olivia Arthur shot in the receptive cities of Los Angeles, Paris and London. Magnum also invited guest photographers Daesung Lee, Takashi Homma and the duo Birdhead to shoot in Seoul, Tokyo and Shanghai. For three of them – Webb, Gruyaert and Homma – these new bodies of work also offered up opportunities to look again at images they each made years ago.

“Saint Laurent had asked to include archival imagery for Alex Webb, Harry Gruyaert and Takashi Homma in order to reinforce the storytelling and emphasize the fact that their partnership developed naturally out of patronage,” says Koukoulioti.

Webb’s photographs of three neighborhoods on the periphery of downtown Los Angeles – the Flower District, the Fashion District, and the Piñata District – call out to the vibrant, color-drenched shots he has captured over many years working as a street photographer in Latin America and the Caribbean.

Painted walls and crisp, deep shadows dance from image to image in the new body of work, imbuing storefronts and gritty backstreets with the joy, charisma and serendipity that have become synonymous with the photographer’s multi-layered images. “As a street photographer, I never know what I’ll find when I walk out the door,” he says. “With my fashion work, I try to create space for that same spirit.” 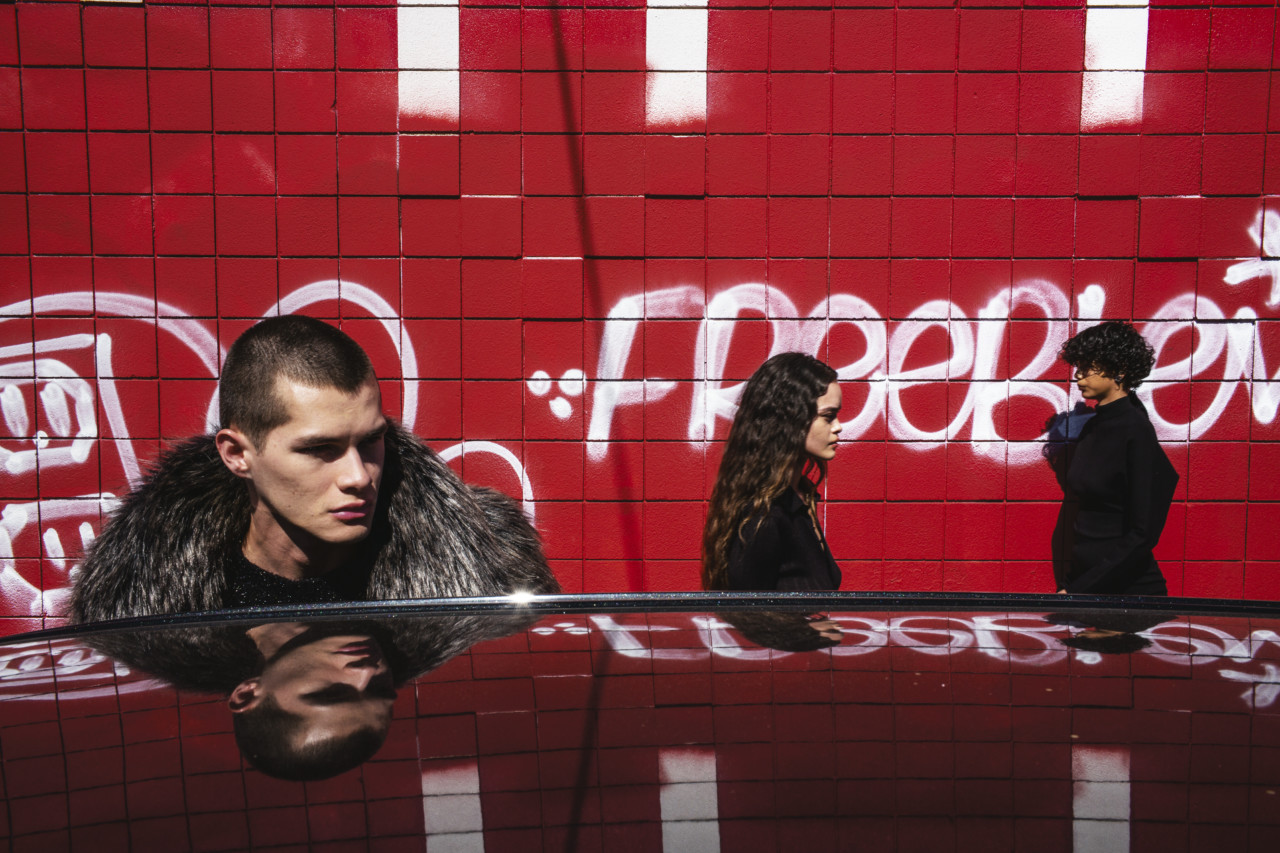 "As a street photographer I never know what I'll find when I walk out the door. With my fashion work, I try to create space for that same spirit." Gruyaert was drawn not to one place, but to a building which connects places. His fascination with airports dates back several decades – a love affair documented in Last Call, his 2020-published photobook, which compiles photographs taken in airports around the world. “It’s a situation I really enjoy shooting,” he explains. “Inside. Outside. The transparency. The colors. The days of waiting.”

Shot at the tail end of the Covid-19 pandemic, this new body of work had one helpful advantage: the reduced airport traffic meant that the Gruyaert and his team could run freely, to some extent, through Paris’ Charles de Gaulle airport. Joy, mischief and playfulness interrupt the total stillness of an empty departure lounge – the models something like a set of wayward friends driven to silliness while waiting for a flight. "It’s a situation I really enjoy shooting.
Inside. Outside. The transparency. The colors. The days of waiting." 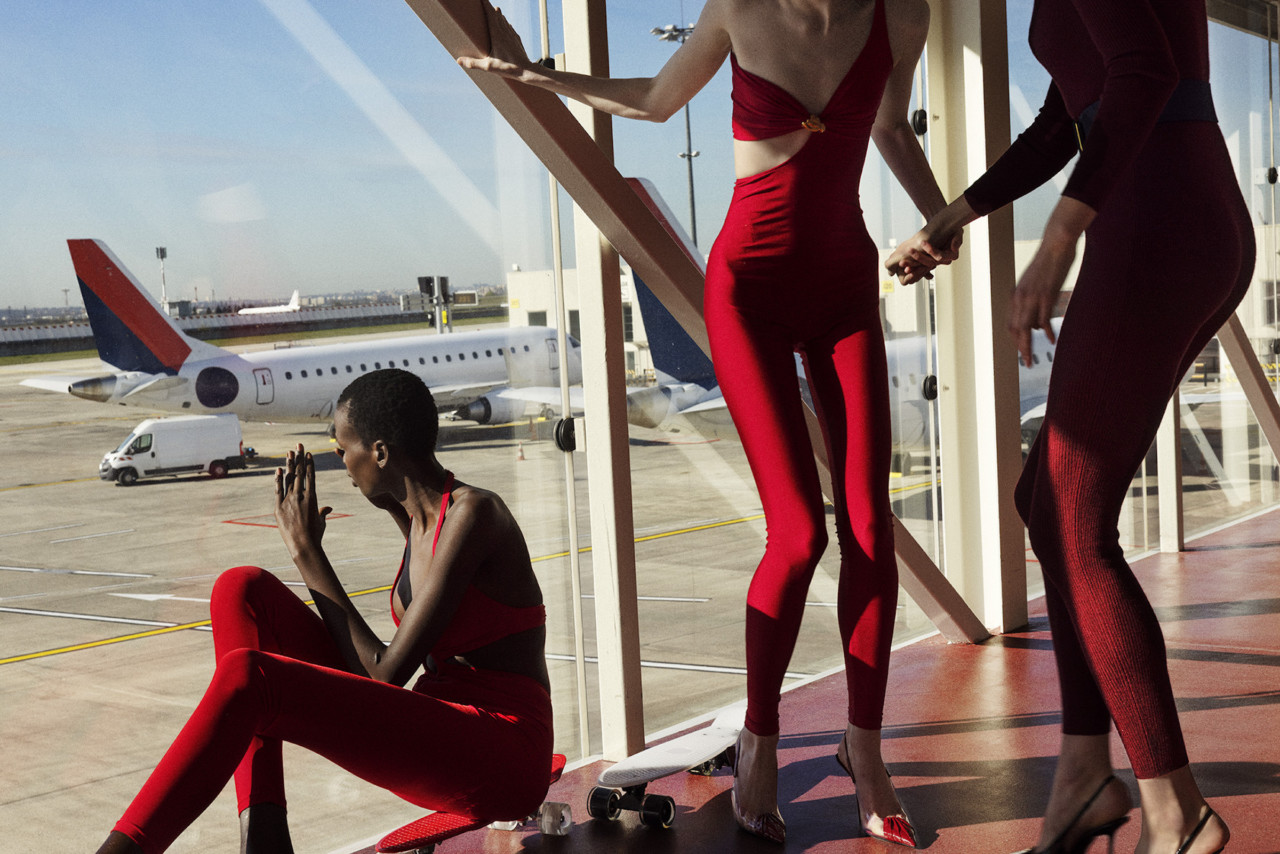 Arthur sought to capture the texture and feeling of her hometown, London, in its current incarnation, while continuing to interrogate themes already established in personal projects of recent years. Shooting in an empty Victorian hospital, and against the enormous concrete ‘sound mirrors’ which stud along the bleak, shingle coastline of Dungeness, two hours drive from the city, So Not So is an exploration of the space between: between the human and the manmade; between people; and between the real and the unreal. 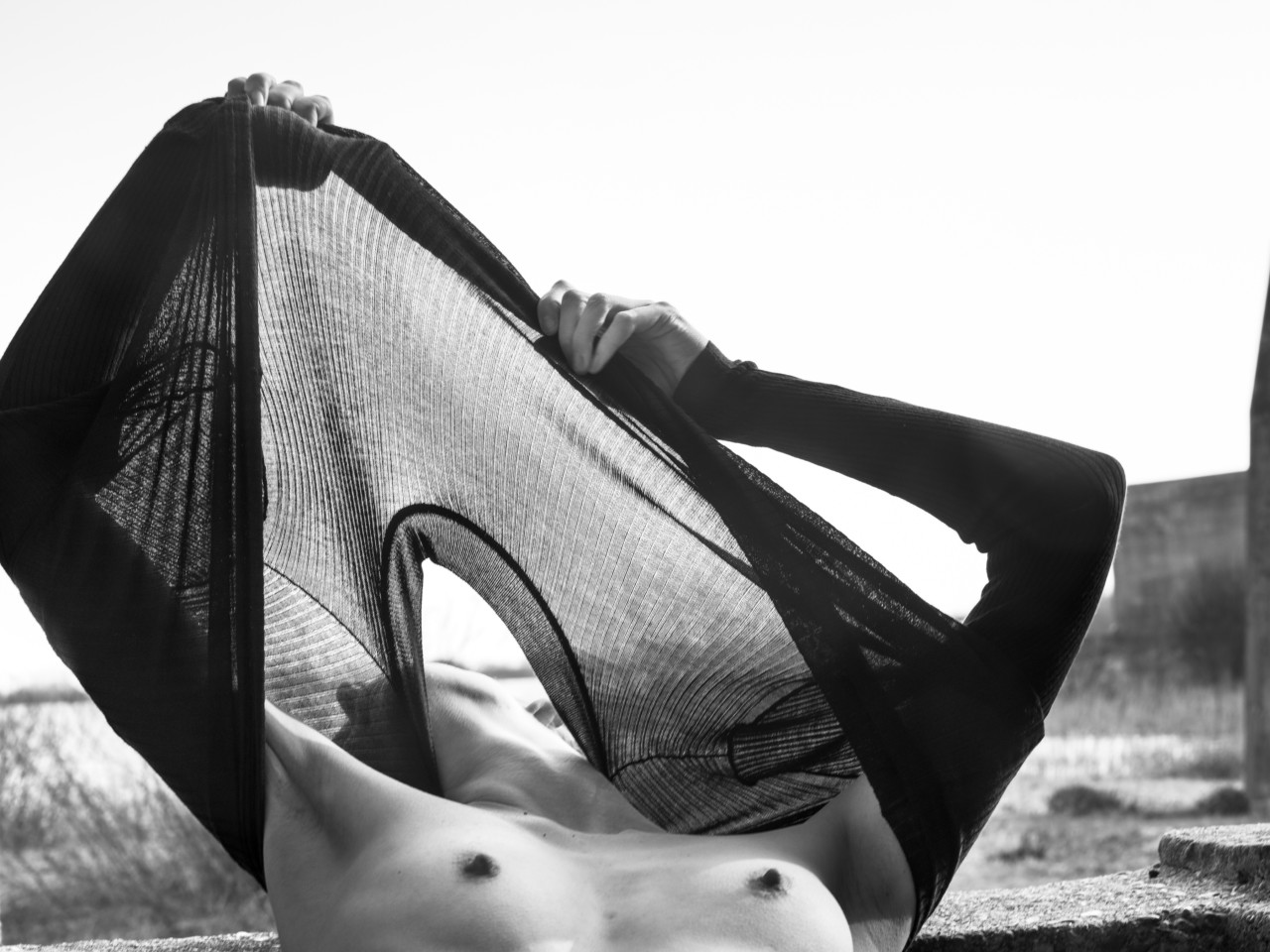 From the series So Not So. All images © Olivia Arthur/Magnum Photos for Saint Laurent, curated by Anthony Vaccarello. 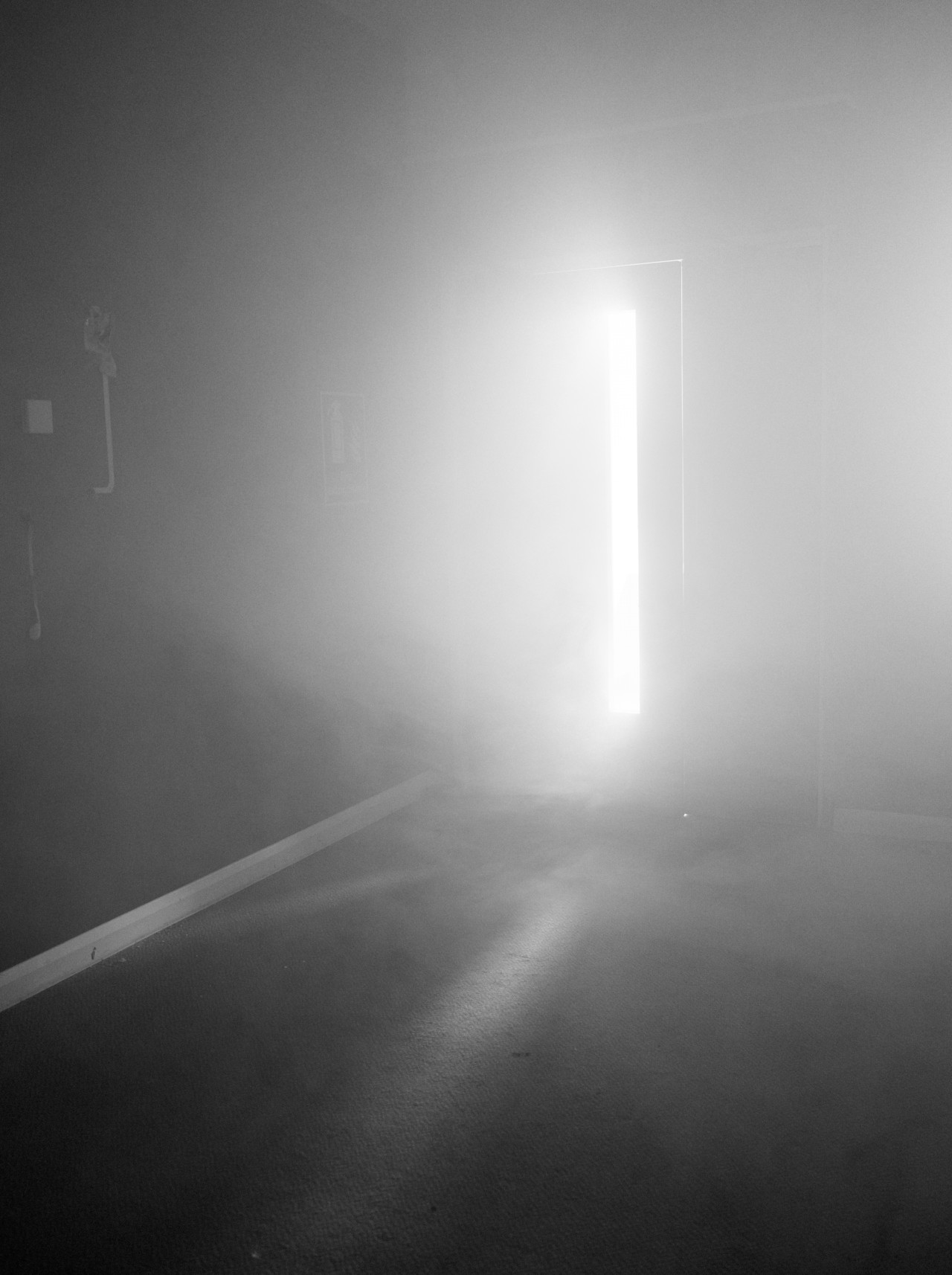 Shooting across Asia, Magnum’s guest photographers drew on the spirit of Tokyo, Seoul and Shanghai. In the Japanese capital, Homma shoots Saint Laurent in his idiosyncratic style against the backdrop of the cityscape, juxtaposing glamour with unassuming streets and aerial shots of street scenes. Road traffic signs, stacked skyscrapers and unexpected architectural forms nod to work from his archive –  pops of vivid color and soft pastels at odds with Saint Laurent’s richly textured monochromatic looks. 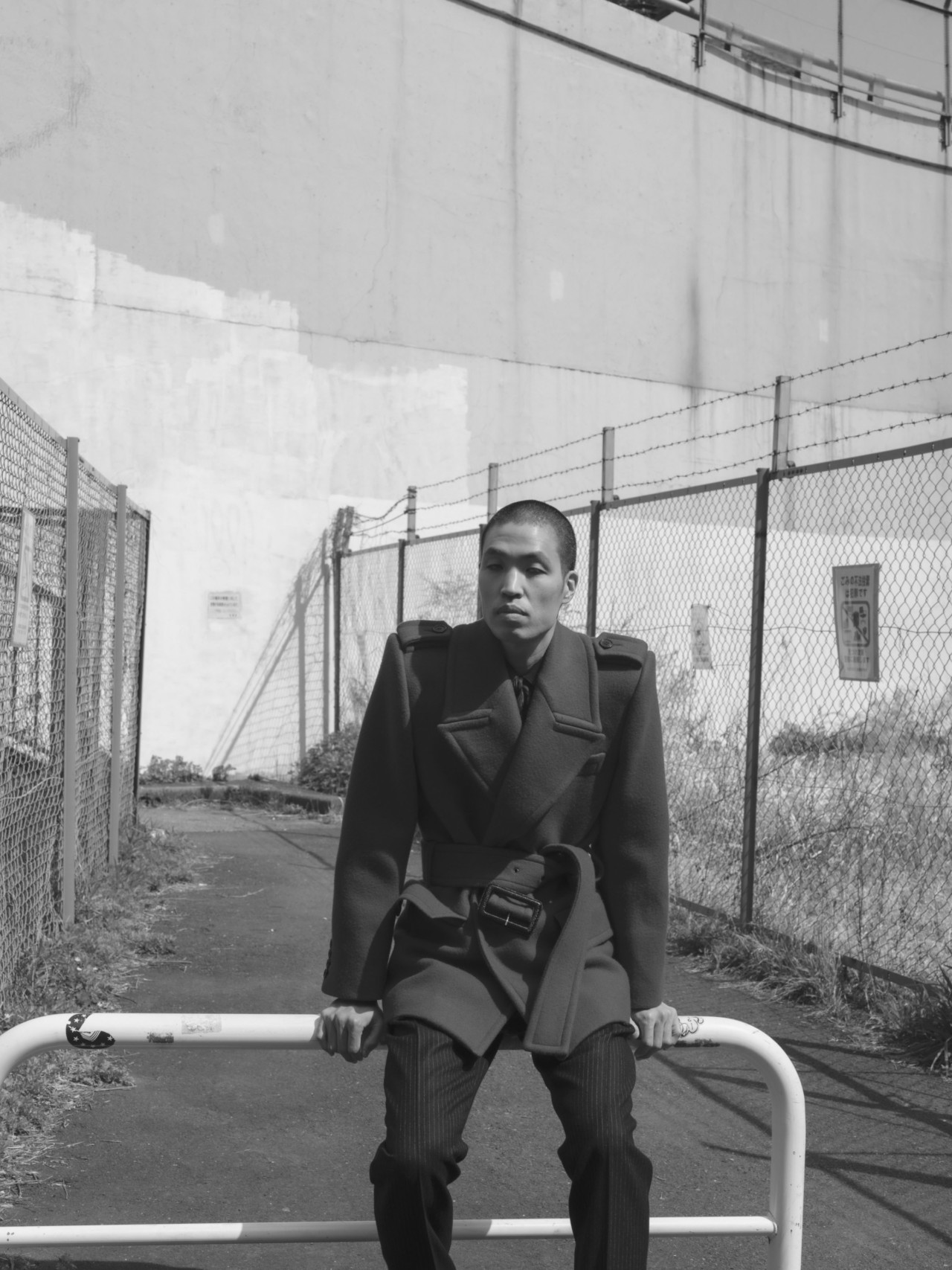 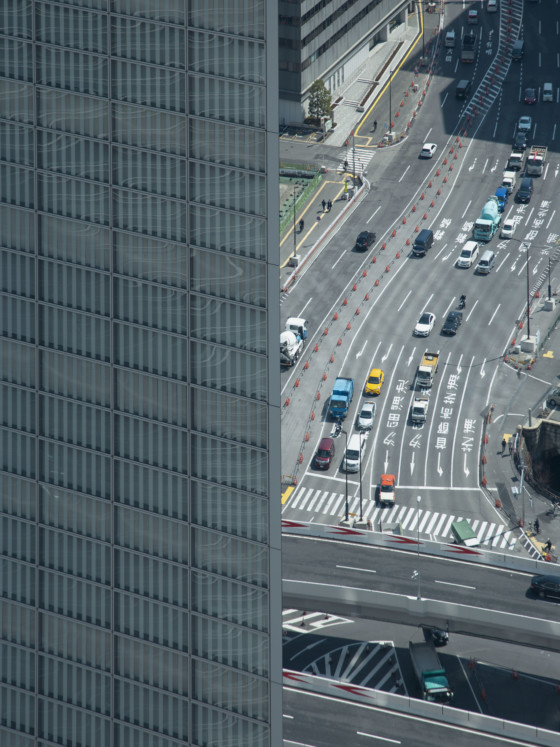 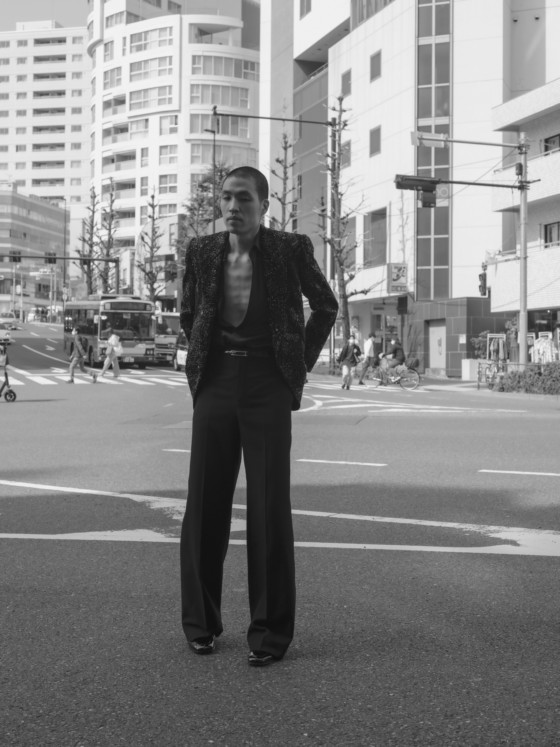 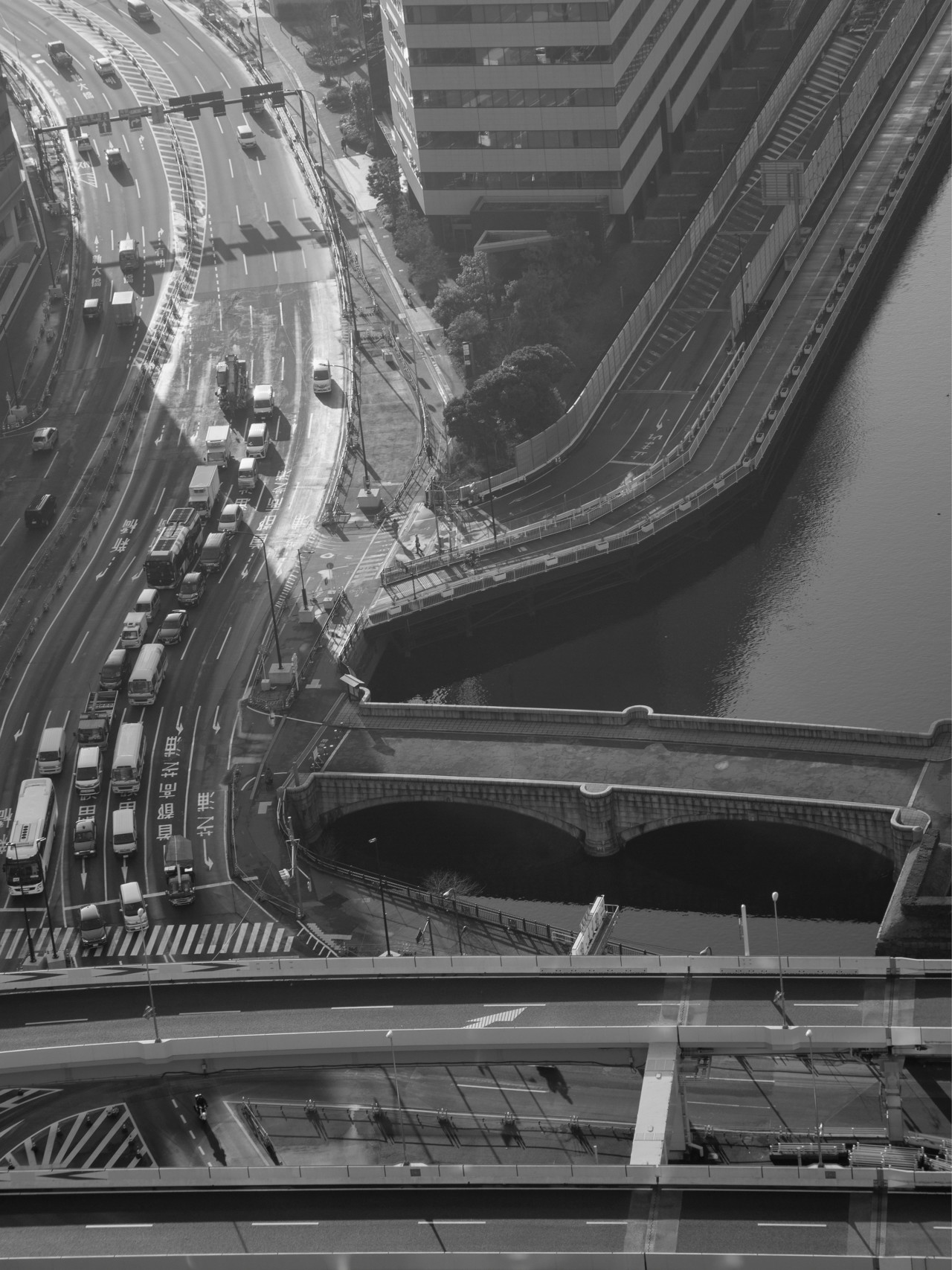 Image © Takashi Homma in collaboration with Magnum for 'SELF 07' Saint Laurent, curated by Anthony Vaccarello

In Seoul, Korea-born, Paris-based photographer Lee plays the drama of the natural world off against the drama of the collection. Meadows, waterfalls, rocky cliff edges and jagged coastlines host models swatched in black and bathed with light, forming angular silhouettes against the landscapes beyond. 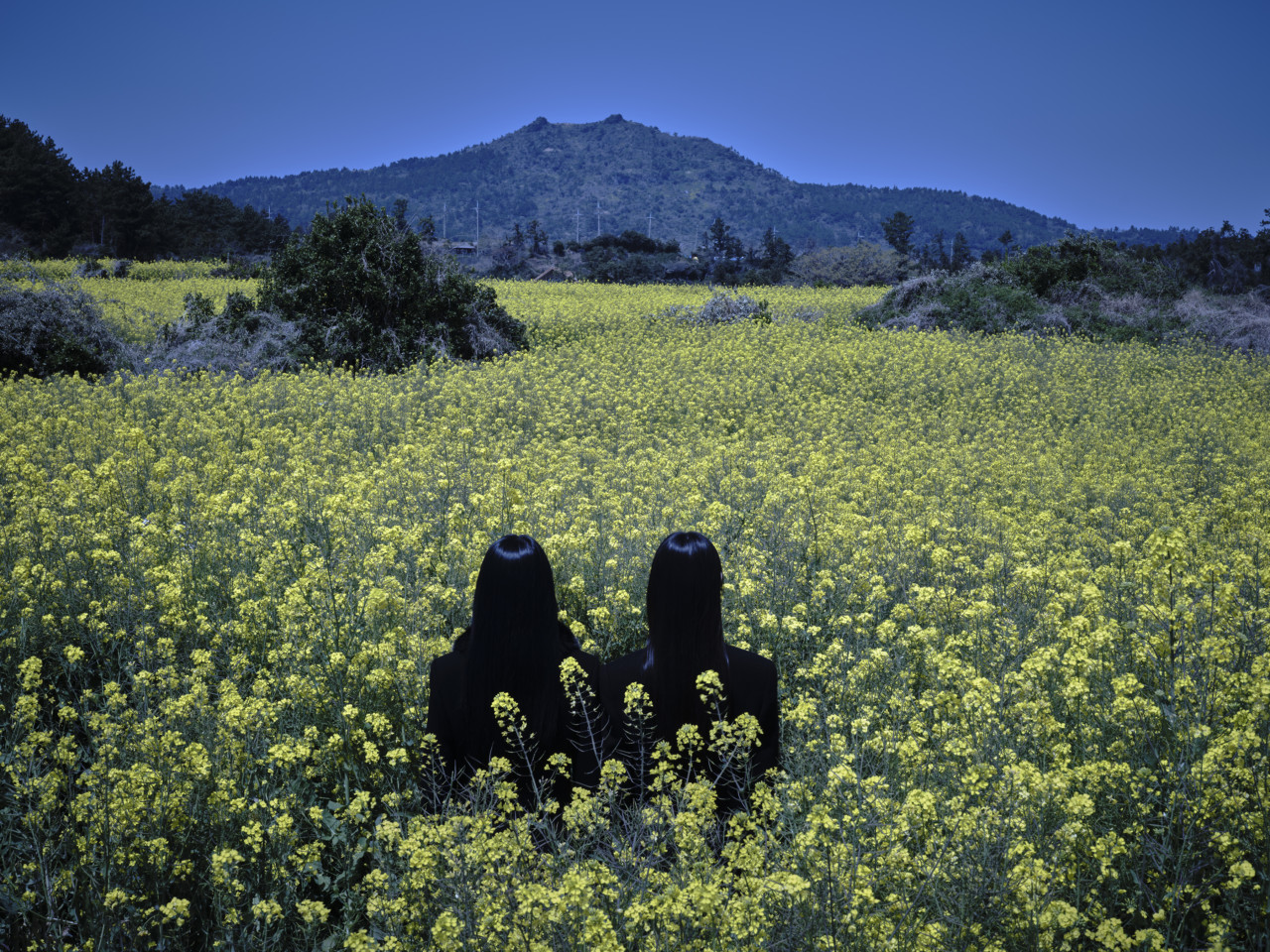 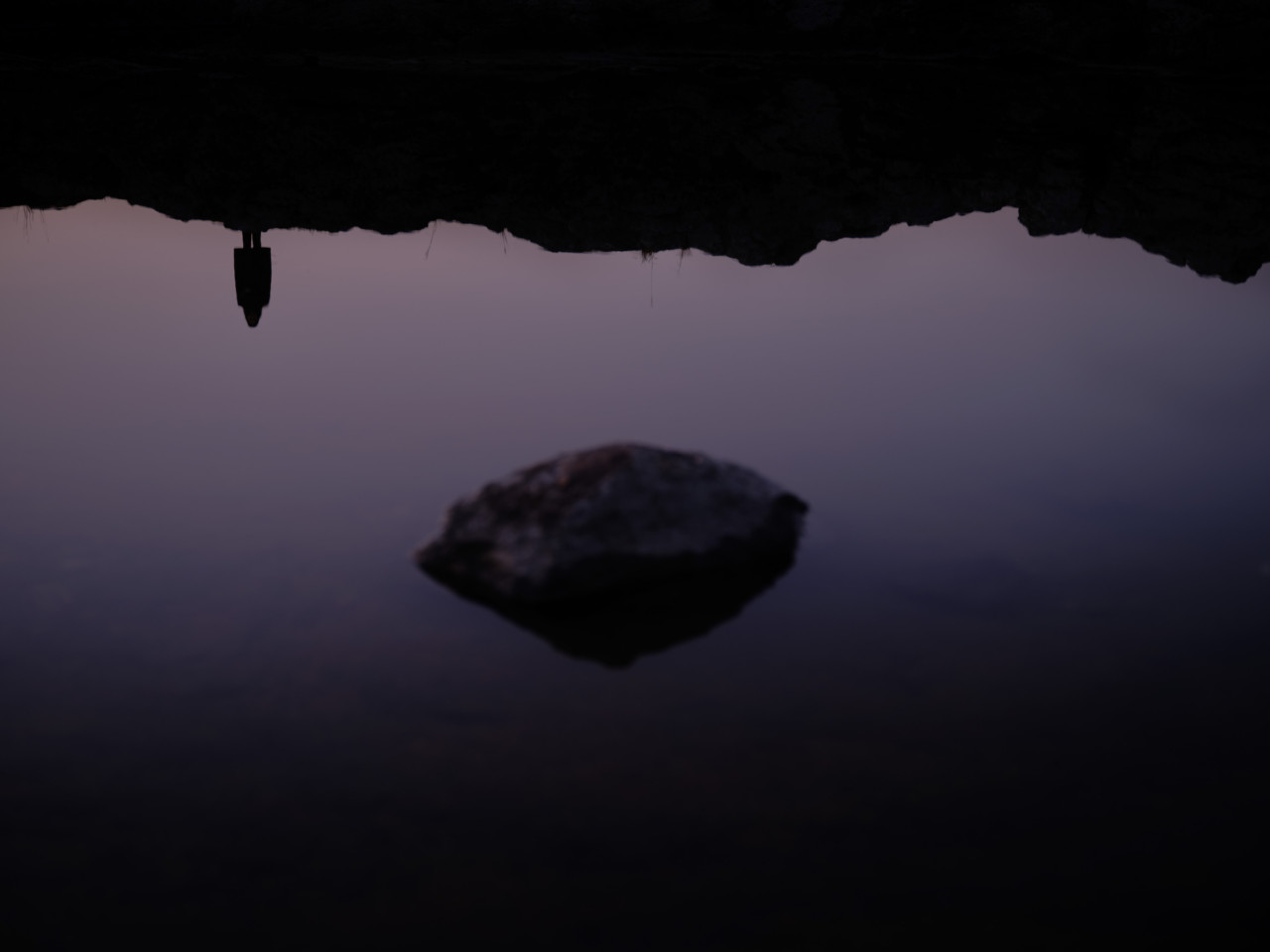 Image © Daesung Lee in collaboration with Magnum for 'SELF 07' Saint Laurent, curated by Anthony Vaccarello

Meanwhile, Birdhead, a photographic duo formed by Chinese artists Ji Weiyu and Song Tao in 2004, create a large photographic matrix to represent Shanghai. Fragments of urban architecture, dynamic bodily forms and sweeping overviews of the city come together to create a macrocosm, one “intended to express the fusion of different times and spaces characteristic of Shanghai,” the duo explains. 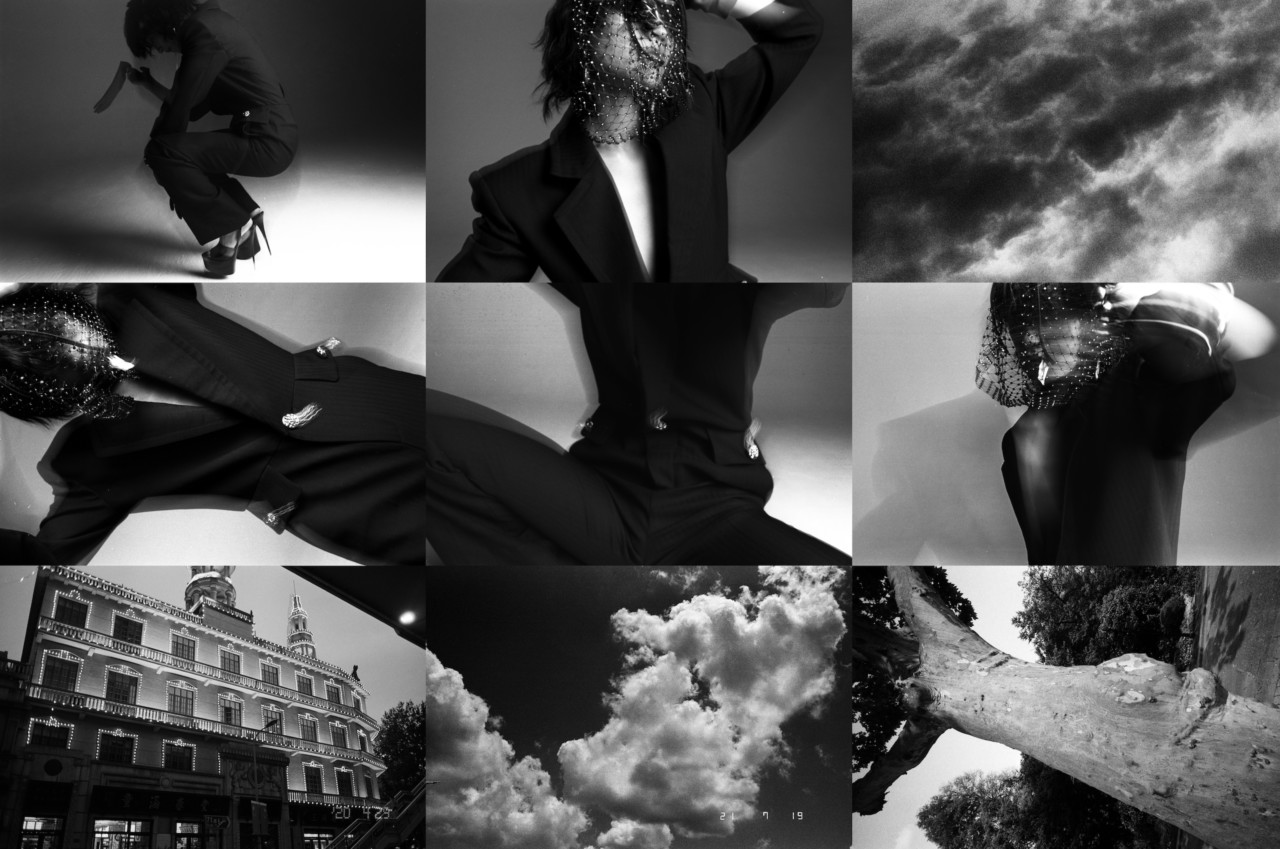 Image © Birdhead in collaboration with Magnum for the 'SELF 07' Saint Laurent curated by Anthony Vaccarello. 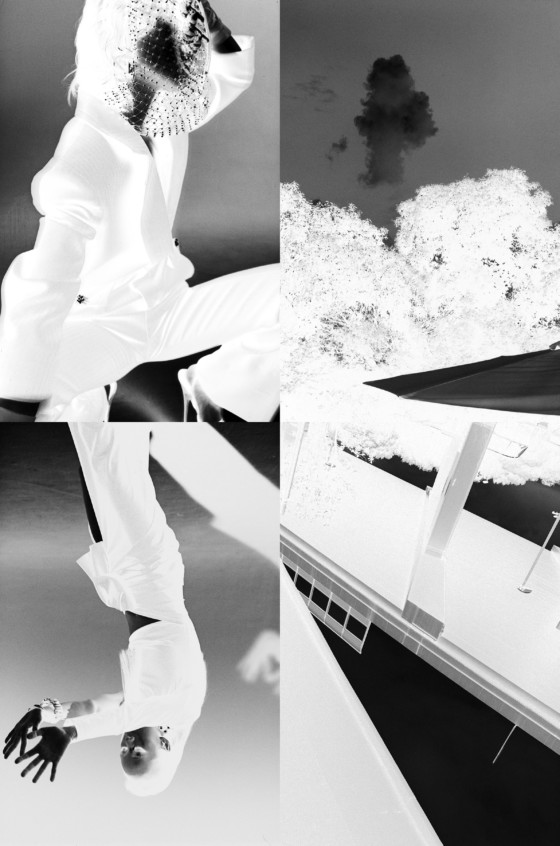 Since its earliest collections, Saint Laurent has been synonymous with self-expression. It is a fashion house that creates clothing designed to elevate the people it adorns – their gestures, ideas and attitudes, their fiercely independent spirit, their determination to exist outside of the status quo. With the seventh iteration of SELF, Vaccarello proclaims that this essence – the spirit of Saint Laurent – lives on.