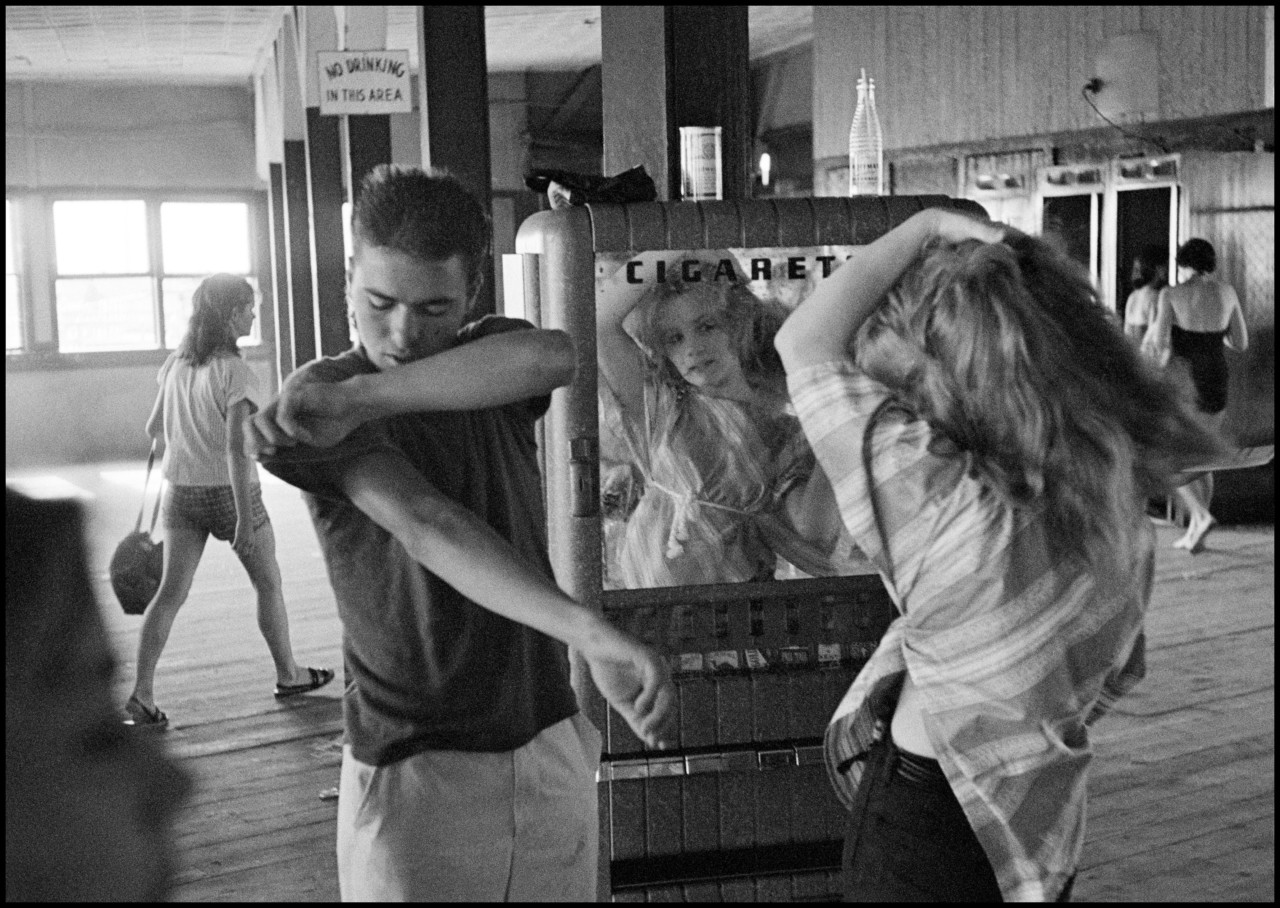 The Behind the Image series uncovers untold stories that lie behind some of the most-well known images by Magnum photographers. Here, we speak to Magnum photographer Bruce Davidson about one of his most famous images, from the seminal body of work Brooklyn Gang.

In spring and summer of 1959, Davidson met a loose group of teenagers, the self-named ‘Jokers’, and followed them through New York’s Brooklyn, from Coney Island to the subways traversing the city, from cafés and bars to beaches and candy stores, capturing the raw edges and sensuality of their teenage years.

Images of kids showing off new tattoos, smoking, couples embracing, hanging out bored or showing off their cool boardwalk attitude, form an intensely intimate depiction of a group of young adults whose lives were being monitored by youth workers, at a time when an estimated thousand gang members roamed the streets of New York City.

Along the way, Davidson “found [himself] involved with a group of unpredictable youths who were mostly indifferent to me. In time they allowed me to witness their fear, depression and anger. I soon realized that I, too, was feeling some of their pain. In staying close to them, I uncovered my own feelings of failure. frustration and rage.”

Find a certain sensual tension in a moment. Cathy is a member of the Jokers street gang, seen primping her hair in the mirror’s image. Next to her is Artie Jean Marino, who later became a New York City detective.

The members of the Jokers decided to have a day in the night at Coney Island, where they would sleep under the boardwalk, drink beer, and make love. I used my Leicas and black and white film.

The other members were drinking, love making and raising hell.

Probably getting a pack of cigarettes out of the machine.

I felt close to Cathy. She was the Brigitte Bardot of Brooklyn streets.