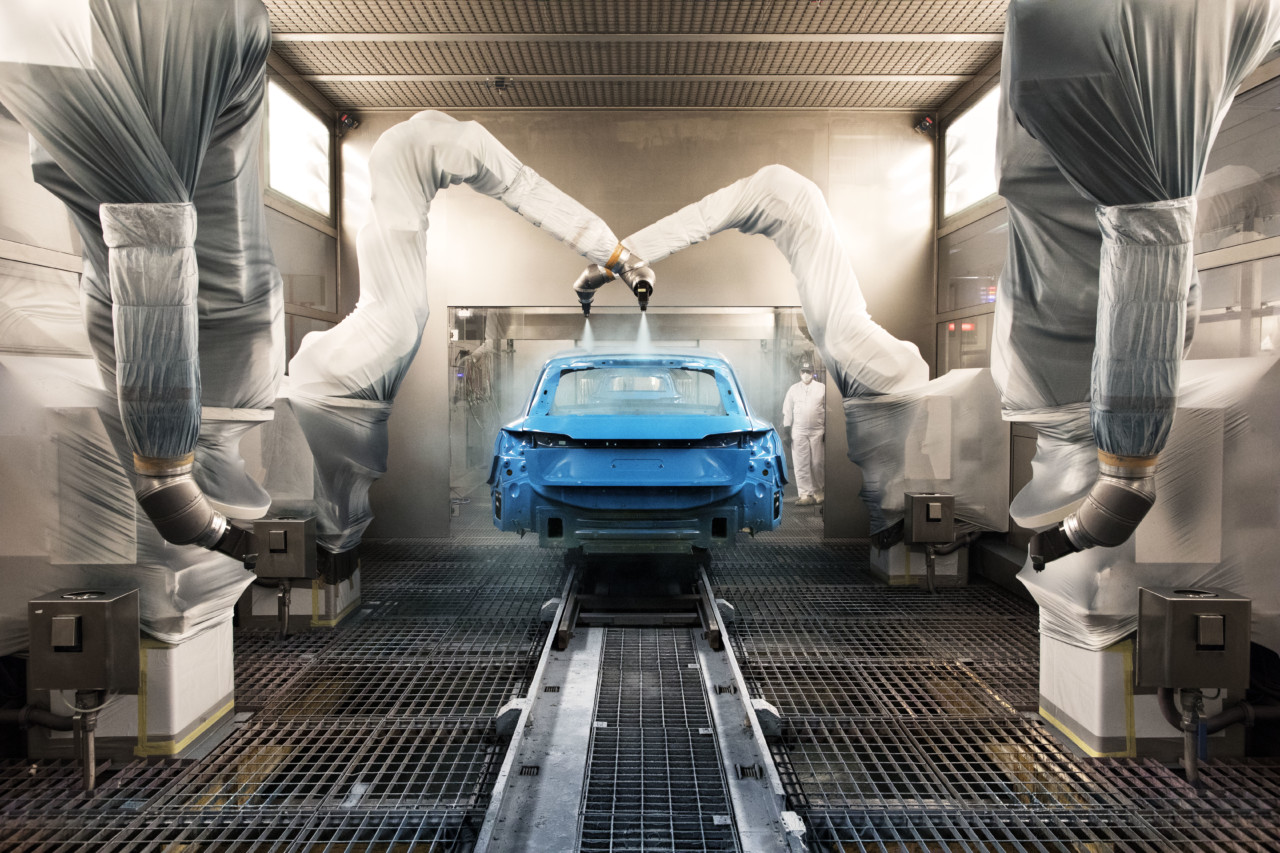 Magnum photographers have, over the decades documented the evolution of industry and the ever-changing nature of work, from the level of the individual employee to sweeping reforms and technological strides that have changed industry. Recently, Gueorgui Pinkhassov and Paolo Pellegrin were invited by Audi to document a new era in car production as the manufacturer opened the doors to its recently modernized Brussels plant, home of its zero emissions electronic SUV, the Audi e-tron.

Pellegrin’s long-standing engagement in environmental issues increased the allure of the project, “The idea that making change starts on an individual level is of interest great to me, as is the point at which many individual decisions reach a critical mass. This is a conversation I am familiar with, the idea of making cars more environmentally responsible. So, it is not just a factory, or just a car client, the story has more connection than that for me.”

Pellegrin found the plant and manufacturing processes almost organic in feel, “I felt like I was inside an organism. An organism which, through a number of routes created this object. It was quite fascinating to work through the various stages of creation within this organism, or within this ‘womb’, if you will.” 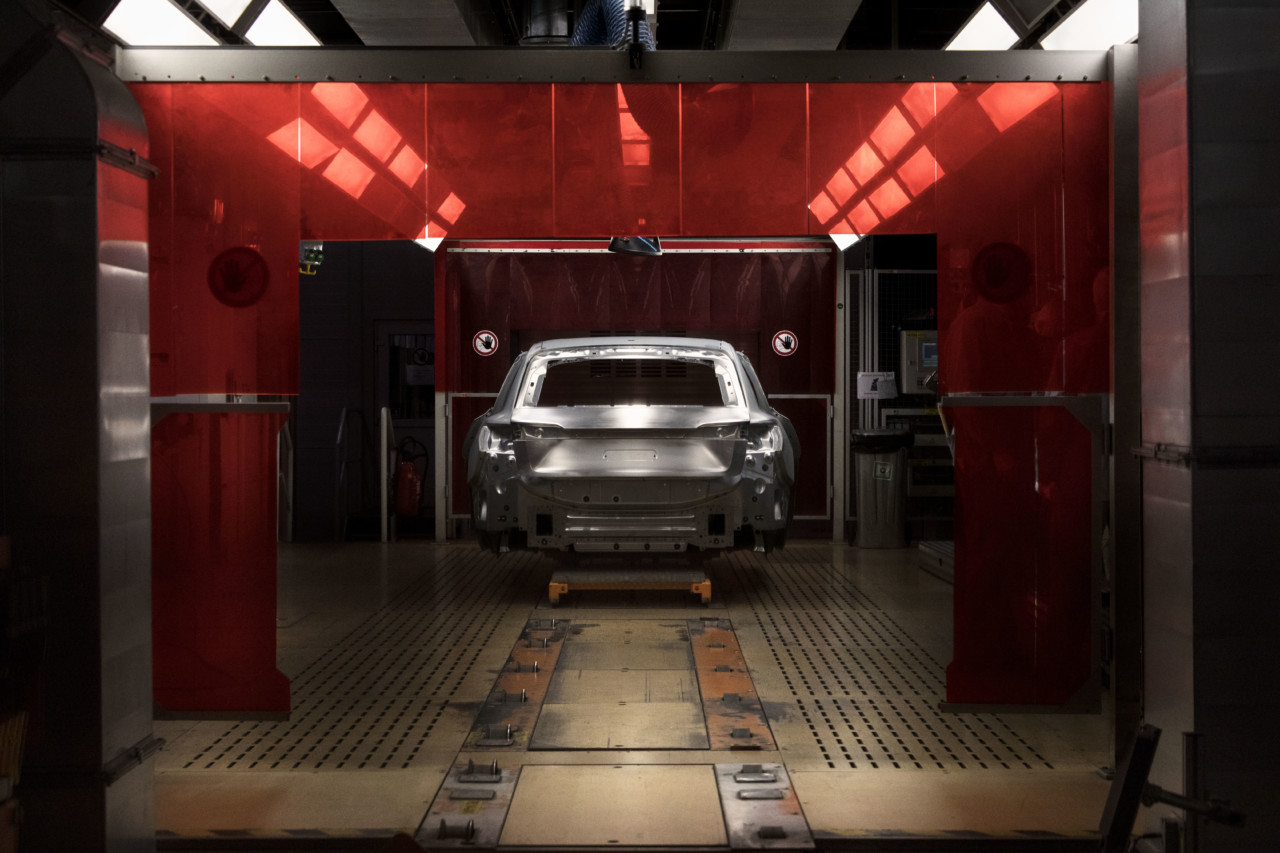 "It was quite fascinating to work through the various stages of creation within this organism, or within this ‘womb’, if you will" 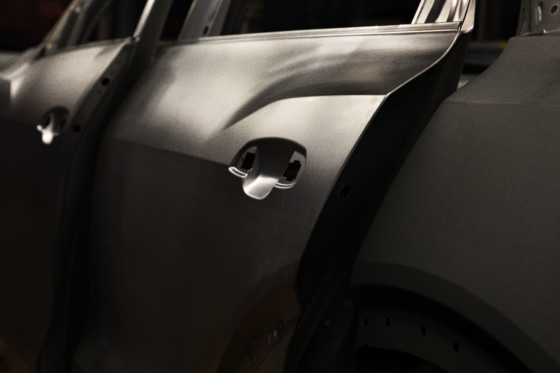 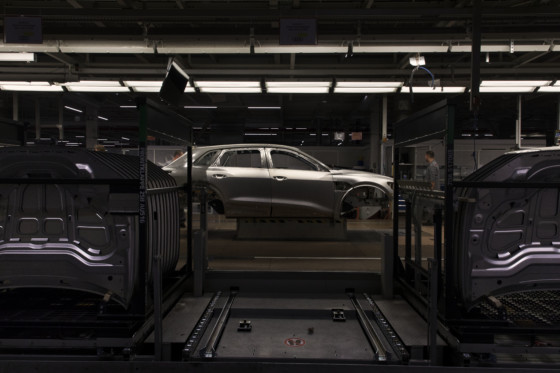 This ‘organism’, an ostensibly unremarkable industrial building, underwent substantial modification and renovation ahead of the project’s inception, resulting in 3,000 employees within now working in concert with a high level of state-of-the art automatization, AI, and driverless robots – an aspect that both photographers were drawn to and photographed extensively. The plant’s expansive use of solar panels, it’s green walls, carbon offset programs and commitment to reduced energy consumption reflect the Audi e-tron’s historic move toward a model of responsible mobility.

This ultra-modern cooperation between man and machine, individual and automaton struck Pinkhassov upon his starting work, “This is a very modern plant, and the cars which are produced there are unique. I wanted to understand what an electric car is, how it functions. It was a great privilege to be in the very heart of the factory, a place unreachable to the average individual; to see with my own eyes how the parts are being produced, how they are being assembled into such a chef d’oeuvre, modern thoughts made into such a compact, pragmatic, electric car which has to fulfil a global task: to convince humankind to switch to a more energy efficient car which does not pollute the environment.” Likewise, Pellegrin was taken aback by the streamlined interaction between man and machine, “I was surprised by the amount of automatization, the number of machines and the relative lack of people. This is a statement which transcends Audi, and this particular factory. It’s about the future of work.” "It was a great privilege to be in the very heart of the factory, a place unreachable to the average individual" 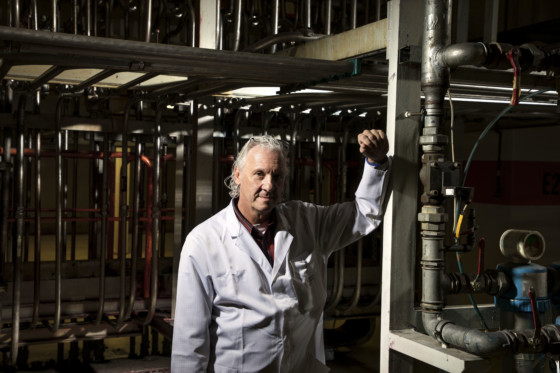 Both photographers dwelled upon the fundamental validity of commissioned assignments in standing alongside personal projects, in relation to the project. “I respect all forms of work. Non-personal work can still have authorship, you can put something in there which corresponds to you,” explained Pellegrin, “It is not only about corresponding to the desires of a client, but also about creating work which I can be happy with, which in a sense can also stand on its own and transcend the conditions or context in which it was made.” Pinkhassov’s life’s work has been closely tied to commissions of this sort, “For me there is no difference between personal and commissioned works. All my professional activity is based on commissions. This has been more than enough to satisfy my personal curiosity, to discover the world and artistically satisfy myself… [Henri Cartier-Bresson] himself admitted that nothing interested him but this passion for snatching the right shot. I also enjoy snatching the moment in a determined aesthetic context. Anyone who has experienced this passion of hunting, will understand what I mean.” 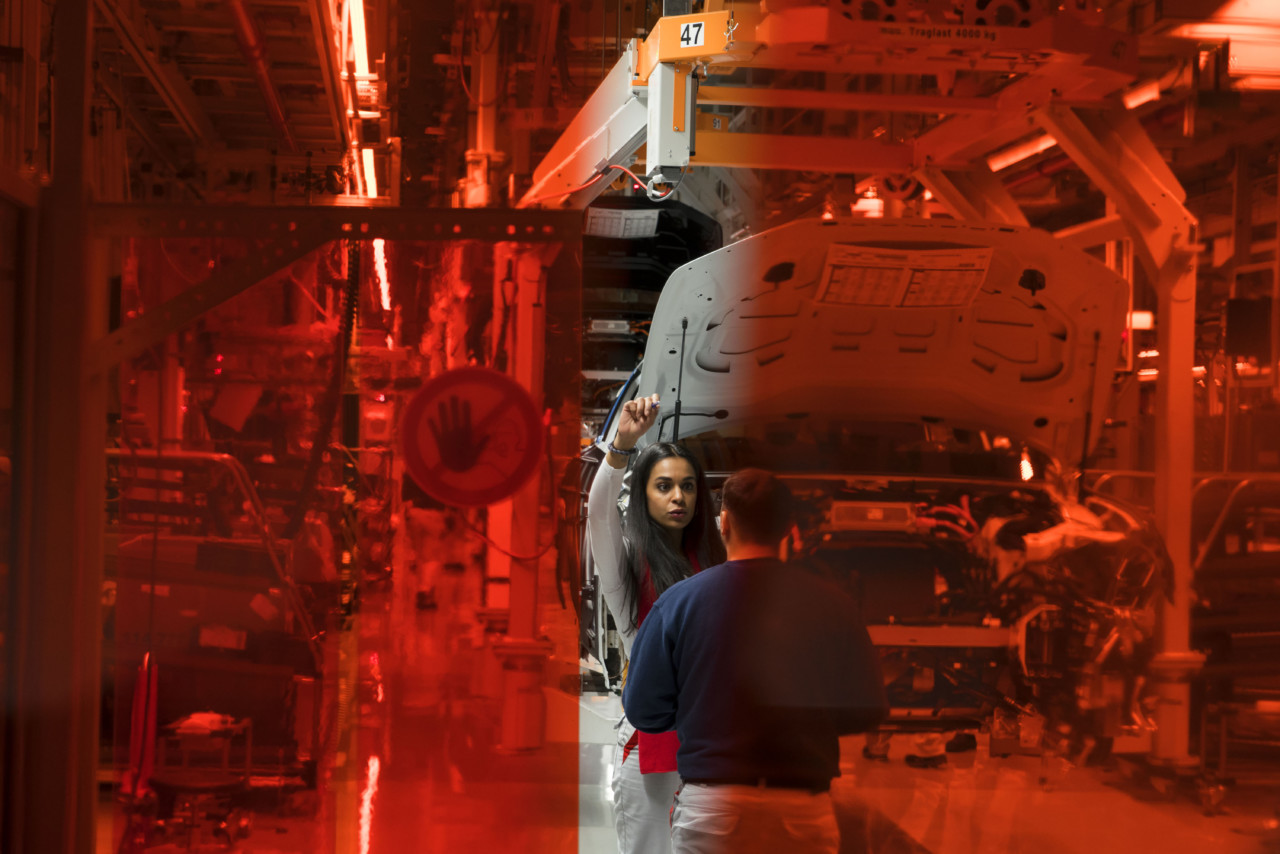 "For people used to it, this may be nothing special, but to a virgin and unhabituated eye it is phantasmagory!" 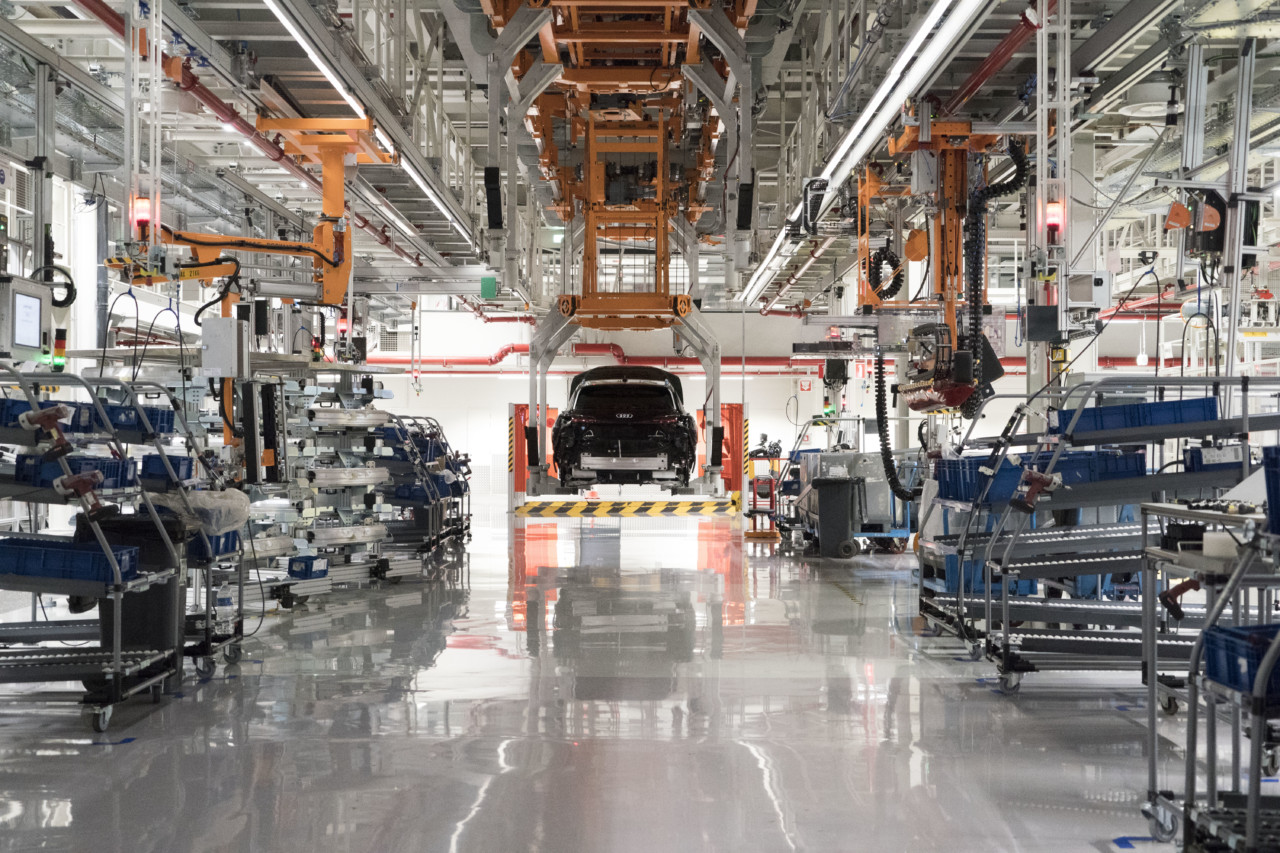 For Pinkhassov – renowned for playing with light, shadow, contrast and abstraction in his work – the factory offered abundant inspiration. “The lighting was interesting and diverse: both color and depth of light, as well as an incredible number of reflections from the glossy external surfaces of the cars and from the floors and walls. There are unbelievably beautiful lamp tunnels through which the car passes, reflecting and transforming light and color as it does so. For people used to it, this may be nothing special, but to a virgin and unhabituated eye it is phantasmagory!” Pinkhassov sees his photographic process in appropriate terms for work made in an ecologically-aware setting, “Like leaves on trees synthesize carbon dioxide into oxygen, so do I synthesize my visual food – color, light, and shade – stopping the course of time at the needed moment.” 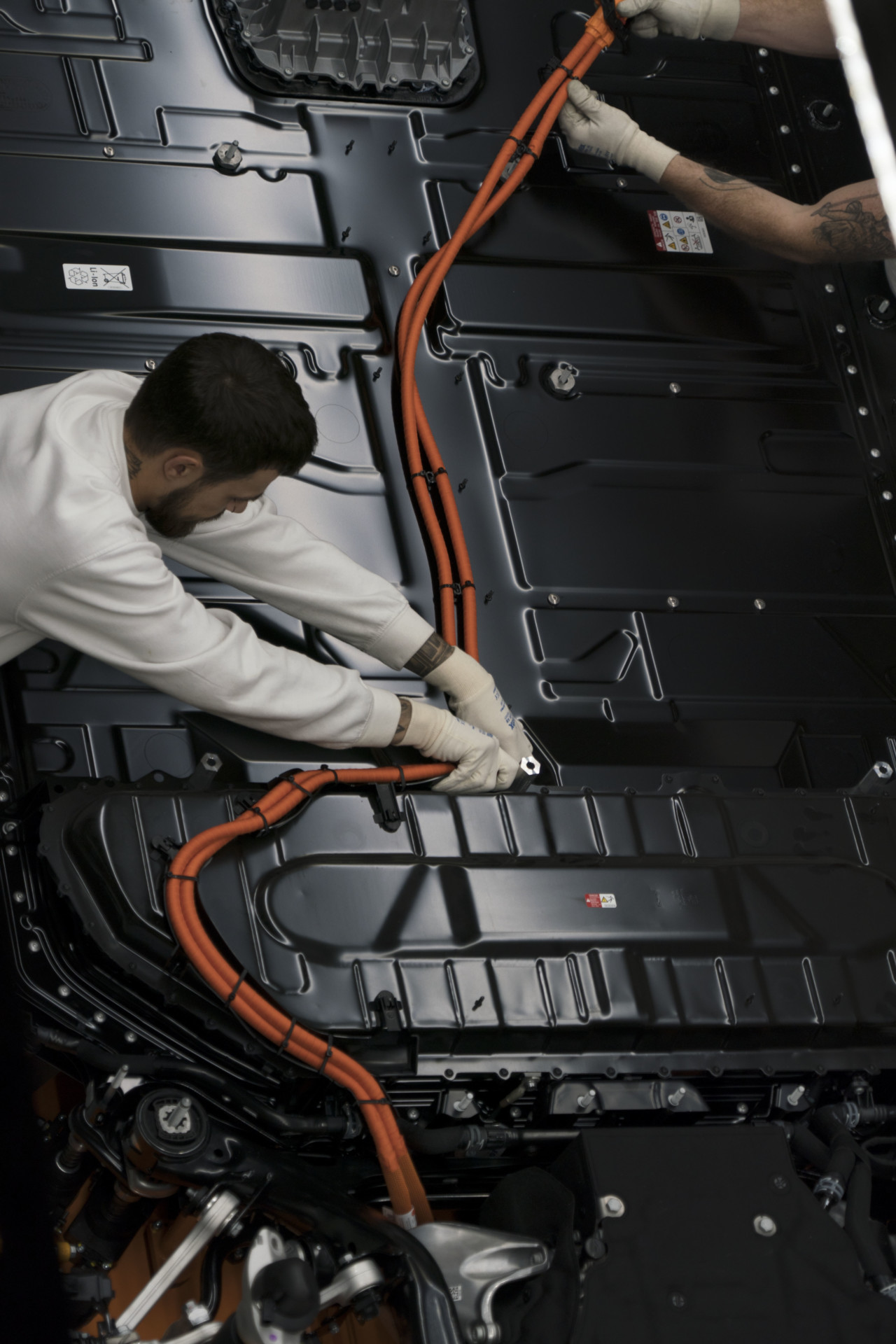 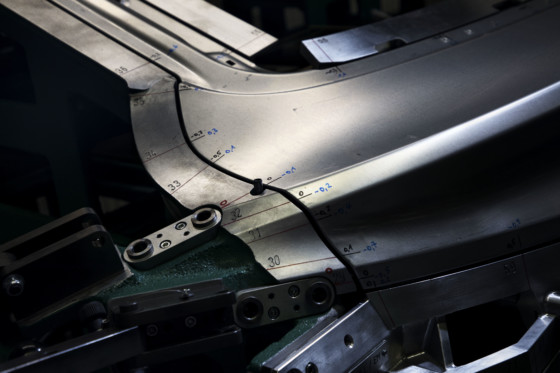 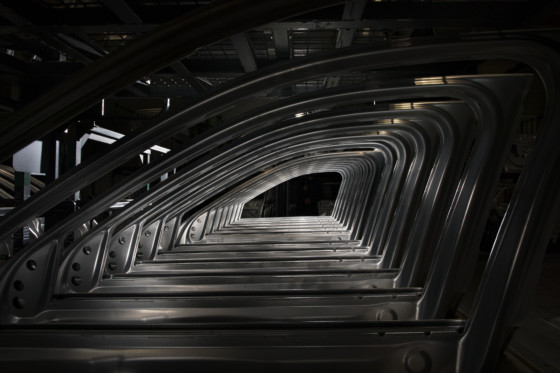 Many of Pellegrin’s images from the assignment reflect a dual focus, his interest seemingly split between abstracted details and reflections, and his feeling for the factory as a dynamic whole, as a production line. “I made photos in both macro and micro. This dialogue – the tension between these two points – is something I thought would work well in a final layout.” That prosaic motivation was matched by a more fundamental interest in what the plant had to offer visually, “I think there was a lot of aesthetic beauty, in the way light touched these surfaces, and that was something I reacted to.” His images dwell, like Pinkhassov’s, upon the intersection between the skilled human element and the at times startlingly delicate machines, as they paint, build, and almost lovingly clean their creations. 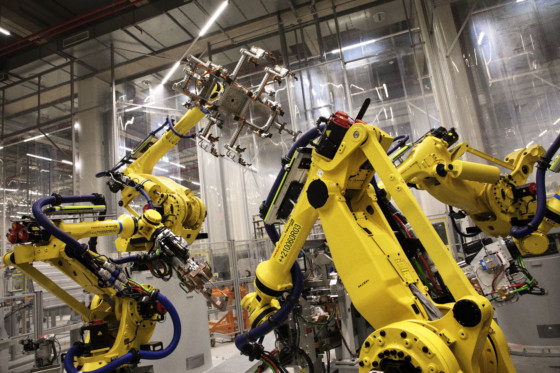 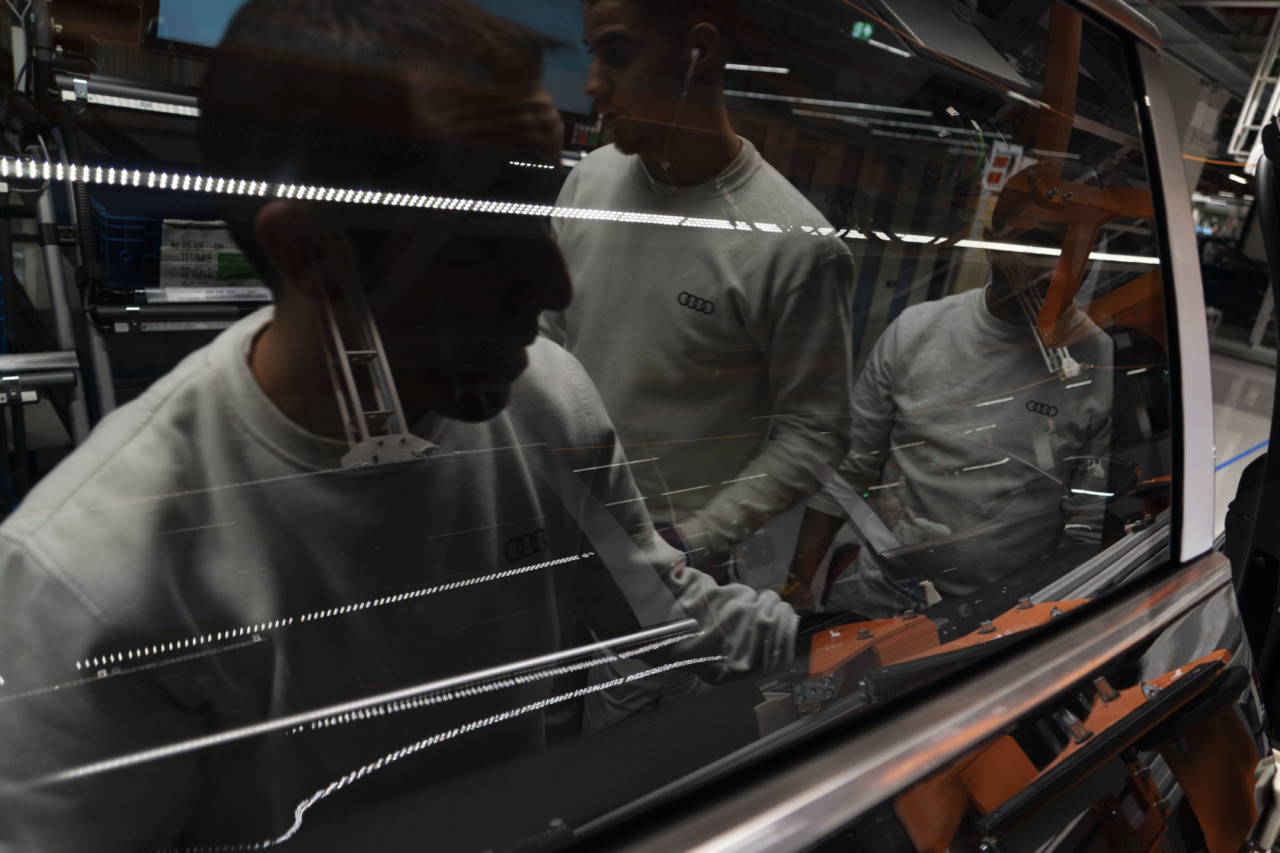 Pinkhassov was keenly aware while working that such programs represent merely the early, small-scale stages of what might become global revolutions in industry, fundamentally changing the way we work and produce, “It is understood that this is only the beginning and that the task is not easy: to convince humankind, to force it to free itself from usual stereotypes and switch from a hydrocarbon car to a new one with no chemical processing producing hazardous wastes. We do not know whether it will succeed or not. This is only the beginning.” You can read more about the project and the photographers’ reflections on the Audi website here.