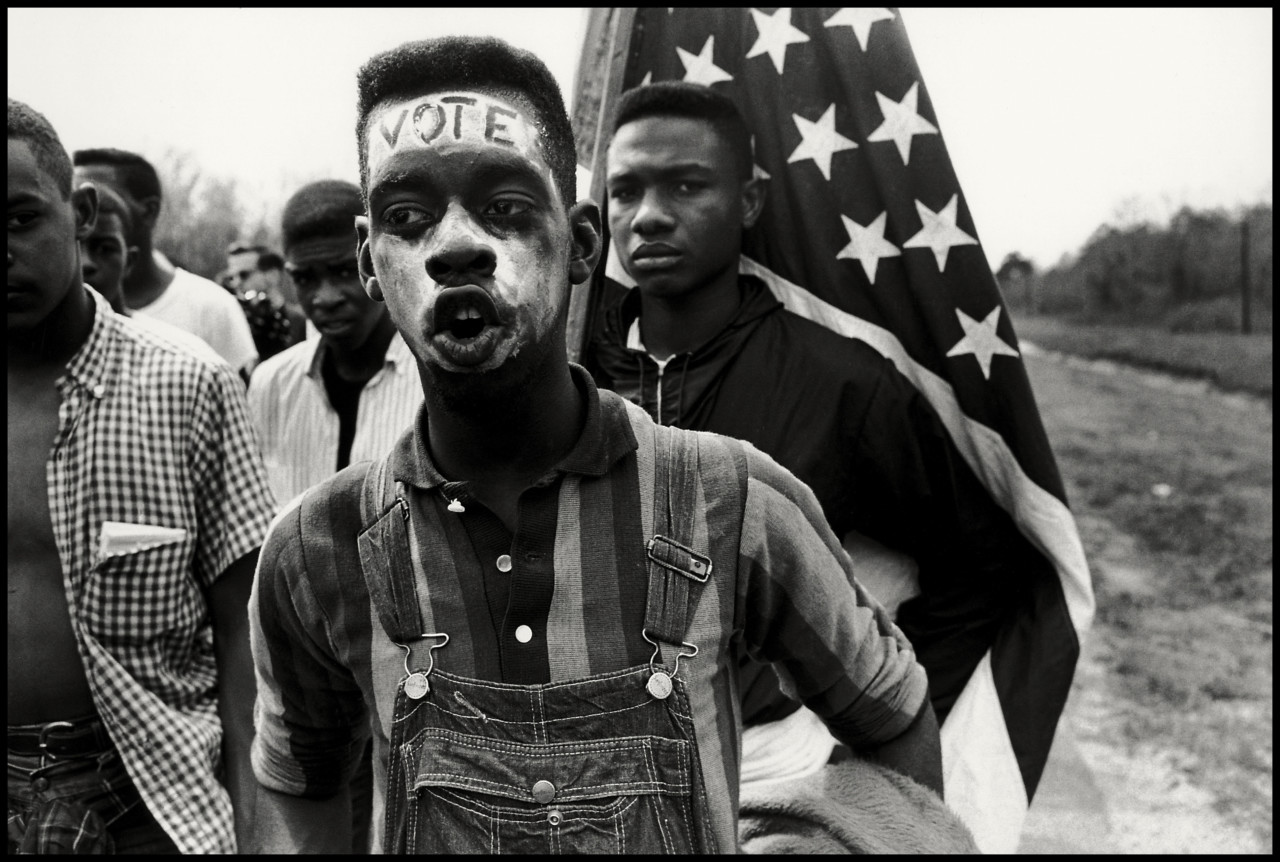 Through non violent protest, education and mobilisation, the Civil Rights Movement of the 1950s and 60s America aimed to achieve equal legal rights and greater social justice for black people. The movement was born out of a socio-political climate where segregation in public places, such as schools, restaurants and busses, was the norm, and protests against such treatment was often met with physical or legal retribution.

Magnum photographers followed the developments from the early days of segregation, through protests and rallies, as well as individual small yet vital gestures that would help lead to empowerment, such as the educating of illiterate African Americans to enable them to vote. Here, we present some of the milestone moments of the Civil Rights Movement as captured by Magnum Photographers.

Segregation and the Early Days of the Civil Rights Movement

In the early 1960s, Birmingham, Alabama was one of the most racially divided cities in the United States. Martin Luther King described Birmingham, Alabama as the most segregated city in the country. Black citizens faced legal and economic disparities, and violent retribution when they attempted to draw attention to their problems. Danny Lyon’s and Bruce Davidson’s images from the city in 1963 demonstrate the everyday segregation, as well as the force used by police on black protesters. 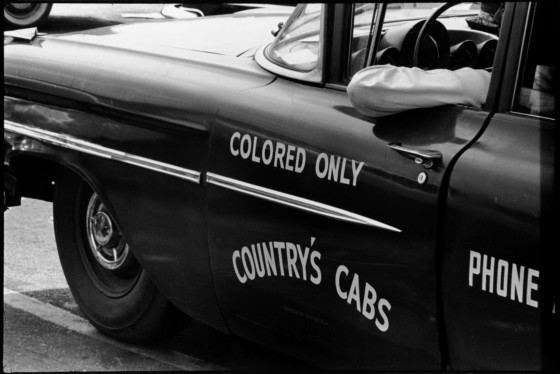 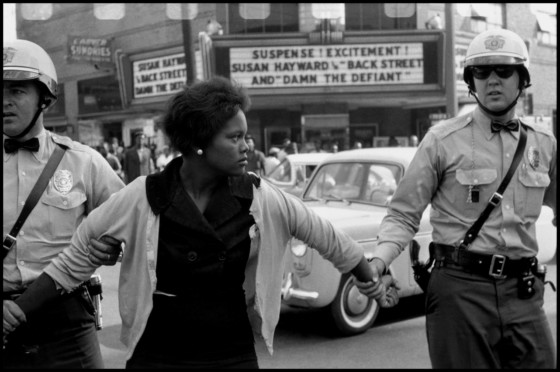 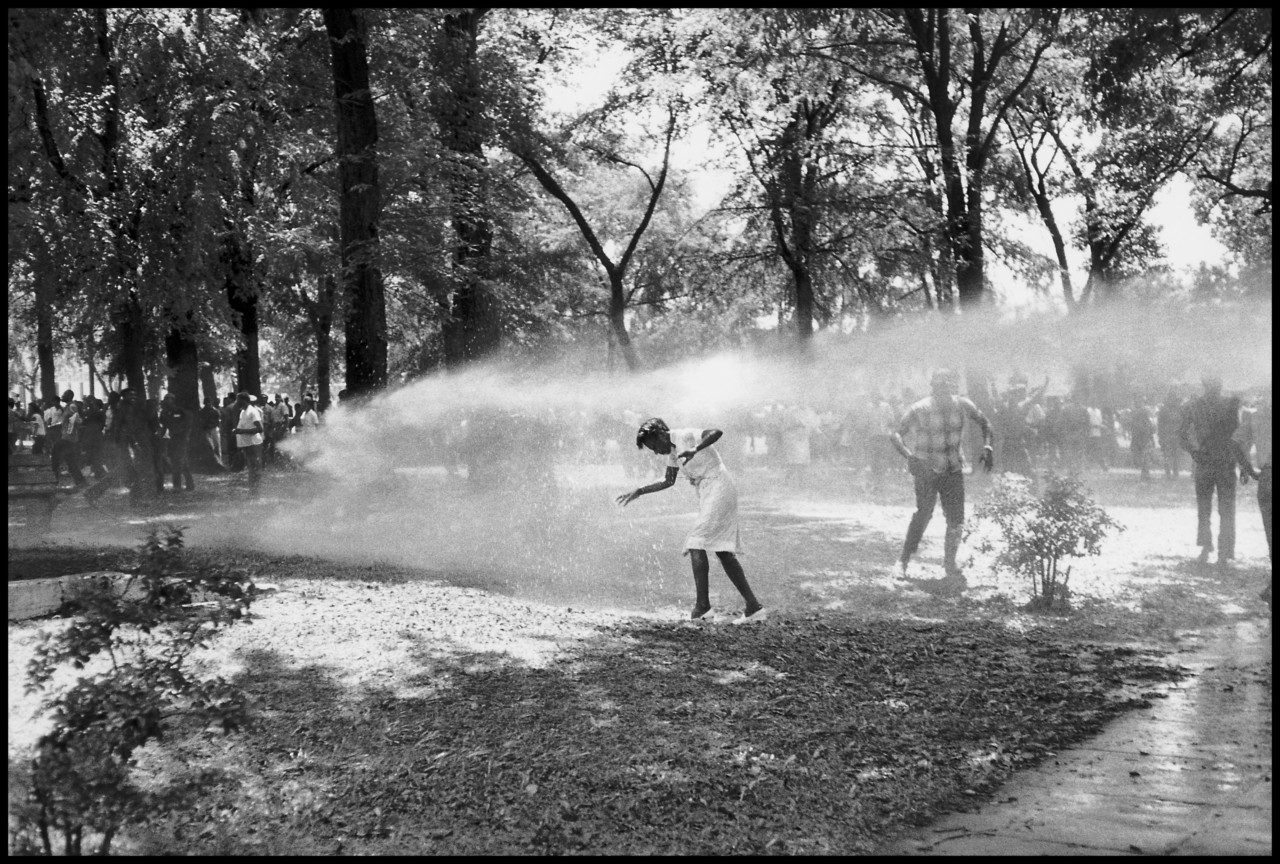 The Little Rock Nine were the first African-American students to attend Little Rock Central High School in Arkansas in 1957 after the US Supreme Court issued its historic Brown v. Board of Education of Topeka, Kansas on May 17, 1954. Tied to the 14th Amendment, the decision declared all laws establishing segregated schools to be unconstitutional, and it called for the desegregation of all schools throughout the nation. The townspeople prevented them from remaining at school but President Eisenhower intervened and the Little Rock Nine finished school under federal protection. 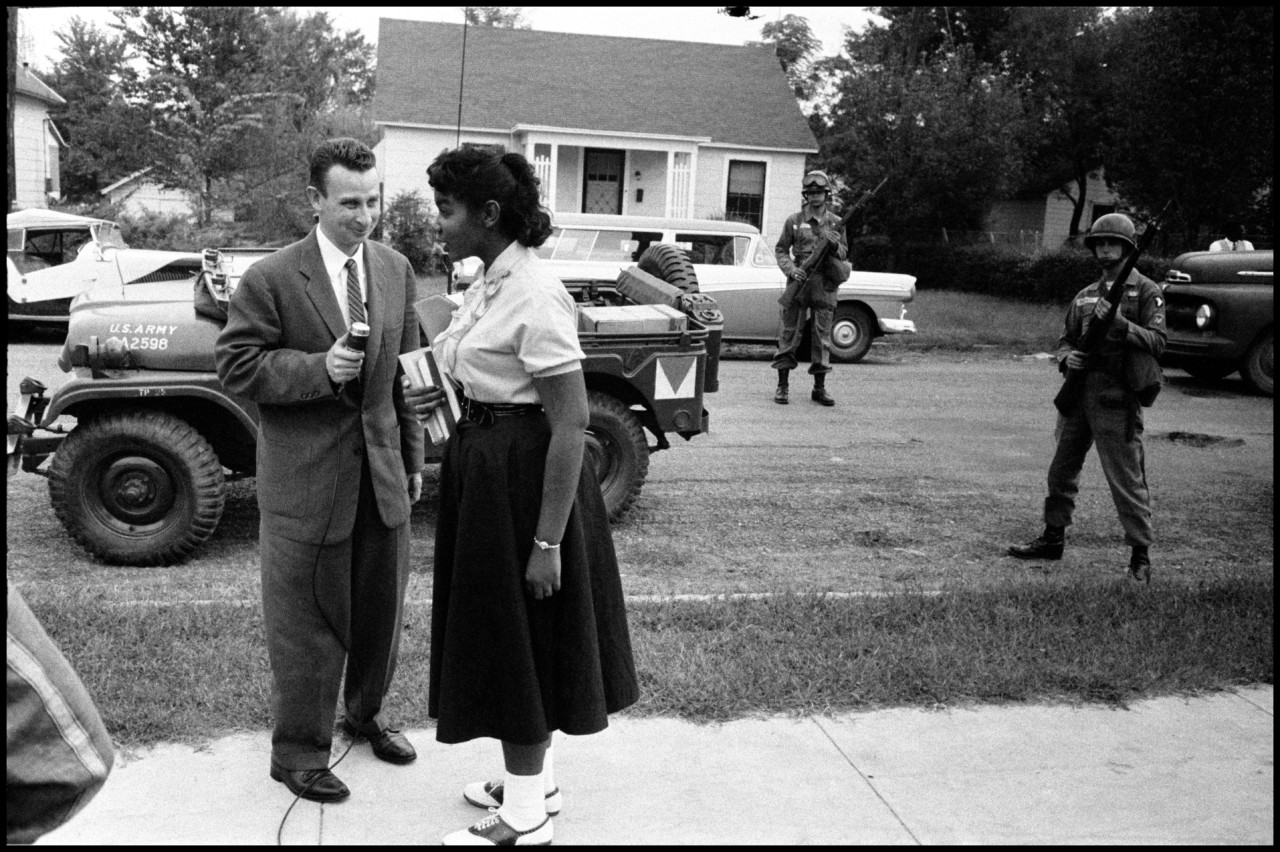 Burt Glinn Reporter interviewing one of the 'Little Rock Nine.' Little Rock Central High School in Arkansas was set to begin the 1957 school year desegregated. The Governor of Arkansas, Orval Faubus, defied t (...)
he Federal Court's decision in the case Brown v. The Board of Education of Topeka, Kansas, that school segregation was unconstitutional and ordered the Arkansas National Guard to prevent the first nine African American students, the 'Little Rock Nine,' from entering the school. In the ensuing crisis an injunction was issued against Governor Faubus and the 9 students returned to school. But this time they were met by a angry mob of townspeople who prevented them from remaining at school. Finally after many diplomatic efforts President Eisenhower intervened and dispatched 1,000 paratroopers and 10, 000 National Guardsmen to Little Rock. The Little Rock Nine finished the school year under federal protection. Little Rock, Arkansas, USA. 1957. © Burt Glinn | Magnum Photos

During the May of 1960 a sit-in movement in Virginia developed into a series of peaceful protests. Burt Glinn photographed one such demonstration. 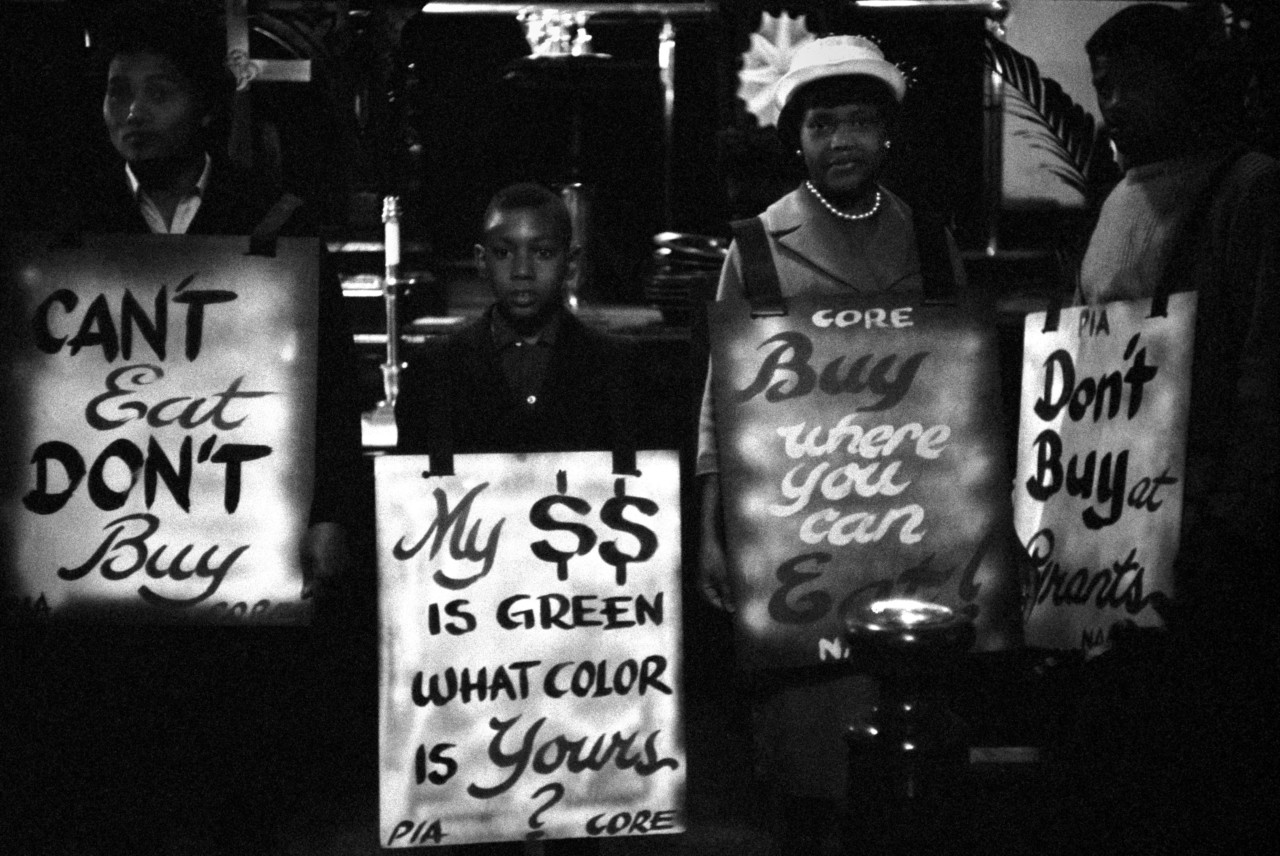 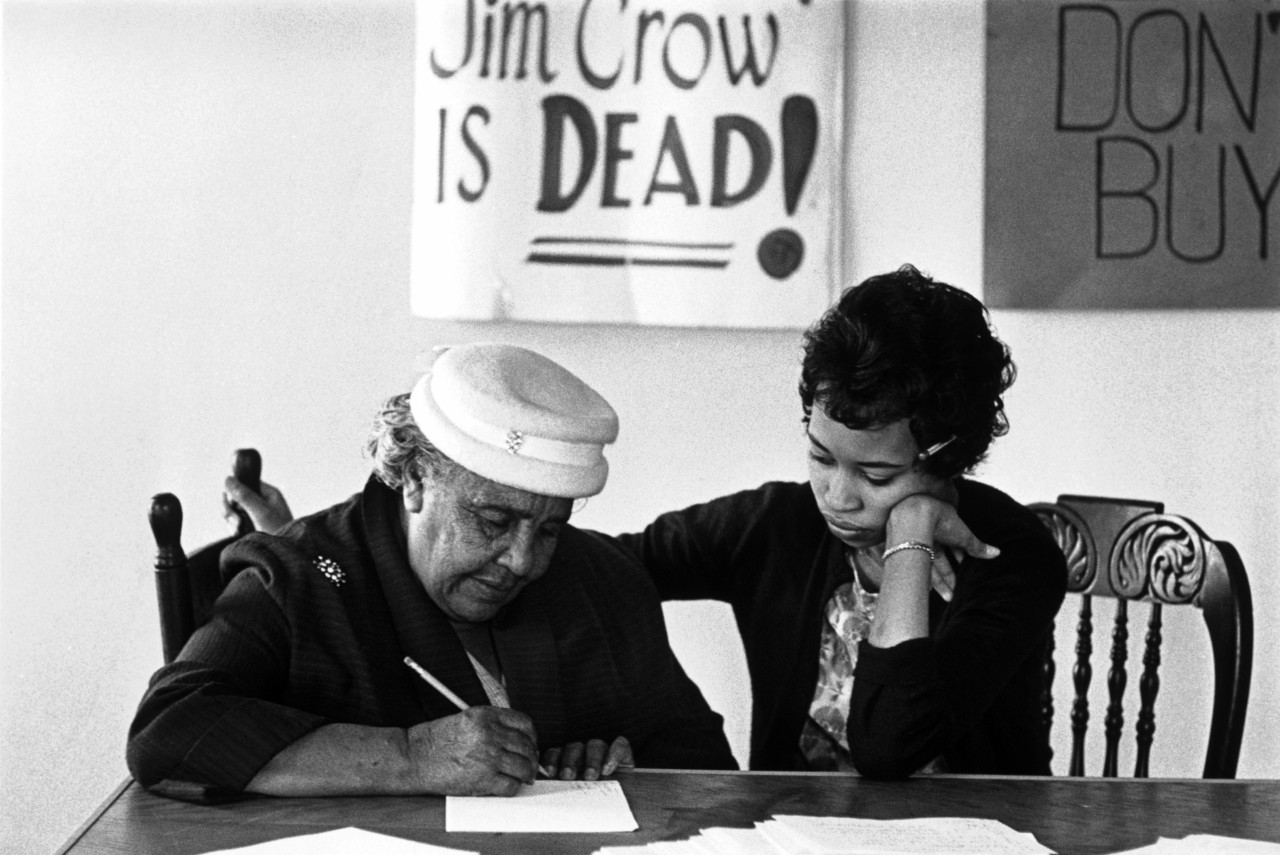 Eve Arnold Civil rights movement for integration. Teaching the illiterate to write so that they have the right to vote. Virginia. USA. 1960. © Eve Arnold | Magnum Photos

Education was an important part of the Civil Rights movement, with activists promoting literacy projects in order to equip African Americans with reading and writing skills required to help them engage with society. Eve Arnold took this portrait of a woman being taught literacy skills so that she would have the right to vote. 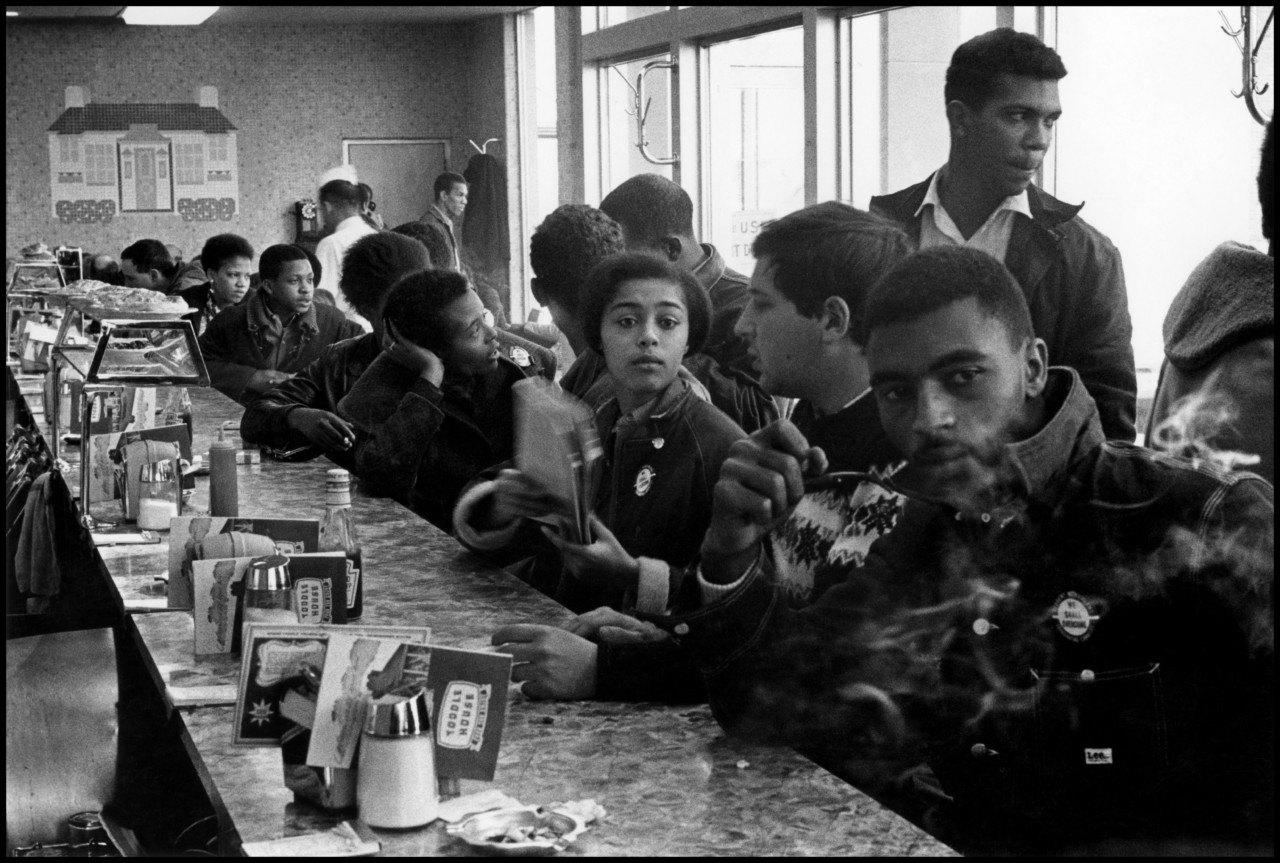 The African American Student Nonviolent Coordinating Committee performs a sit-in as a protest segregation at two Toddle House restaurants in Atlanta, Georgia. A WSB-TV film crew was also present and captured Danny Lyon taking this photograph. The film was archived by the Civil Rights Digital Library, available to view here. 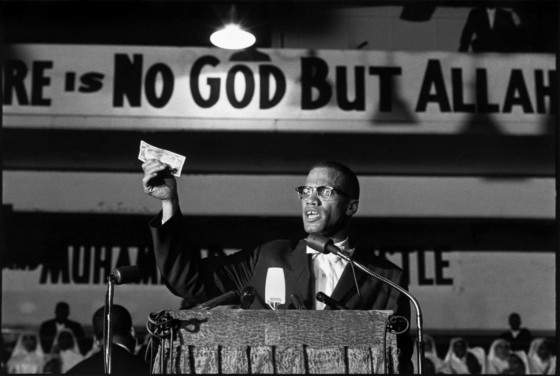 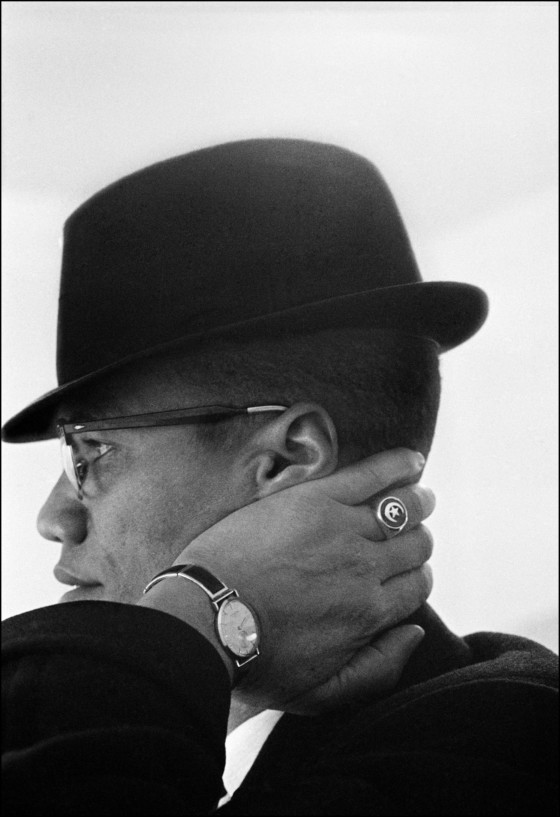 Eve Arnold followed the Nation of Islam movement in America in the 1960s, attending numerous rallies, often led by Malcolm X, who was at the center of the moment. “He was a really clever showman, apparently knowledgeable about how he could use pictures and the press to tell his story,” wrote Arnold on Malcolm X,” she wrote.

“We have also come to this hallowed spot to remind America of the fierce urgency of Now. This is no time to engage in the luxury of cooling off or to take the tranquilizing drug of gradualism. Now is the time to make real the promises of democracy. Now is the time to rise from the dark and desolate valley of segregation to the sunlit path of racial justice. Now is the time to lift our nation from the quicksands of racial injustice to the solid rock of brotherhood. Now is the time to make justice a reality for all of God’s children.” – said Martin Luther King in his iconic “I Have a Dream” speech, which he delivered at the culminations of the March on Washington on August 28, 1963. 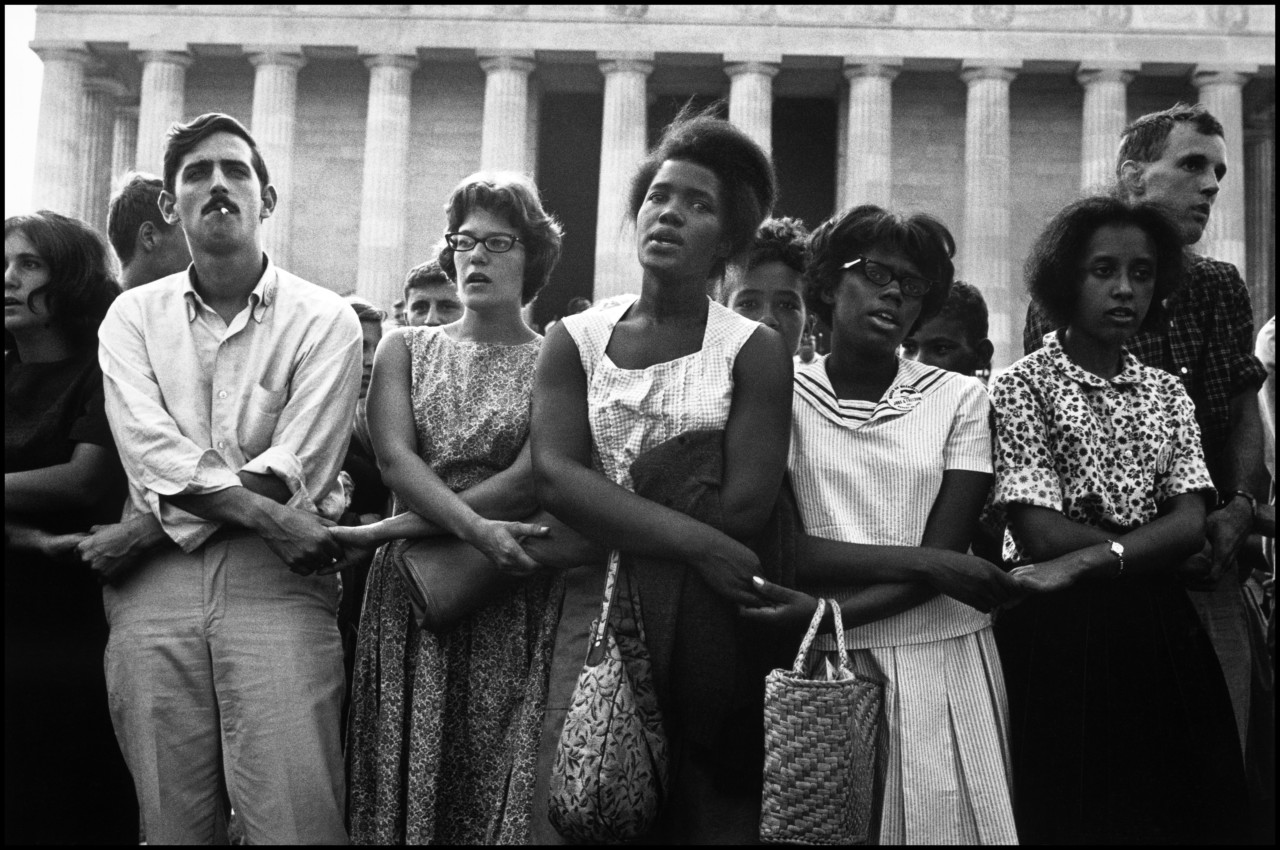 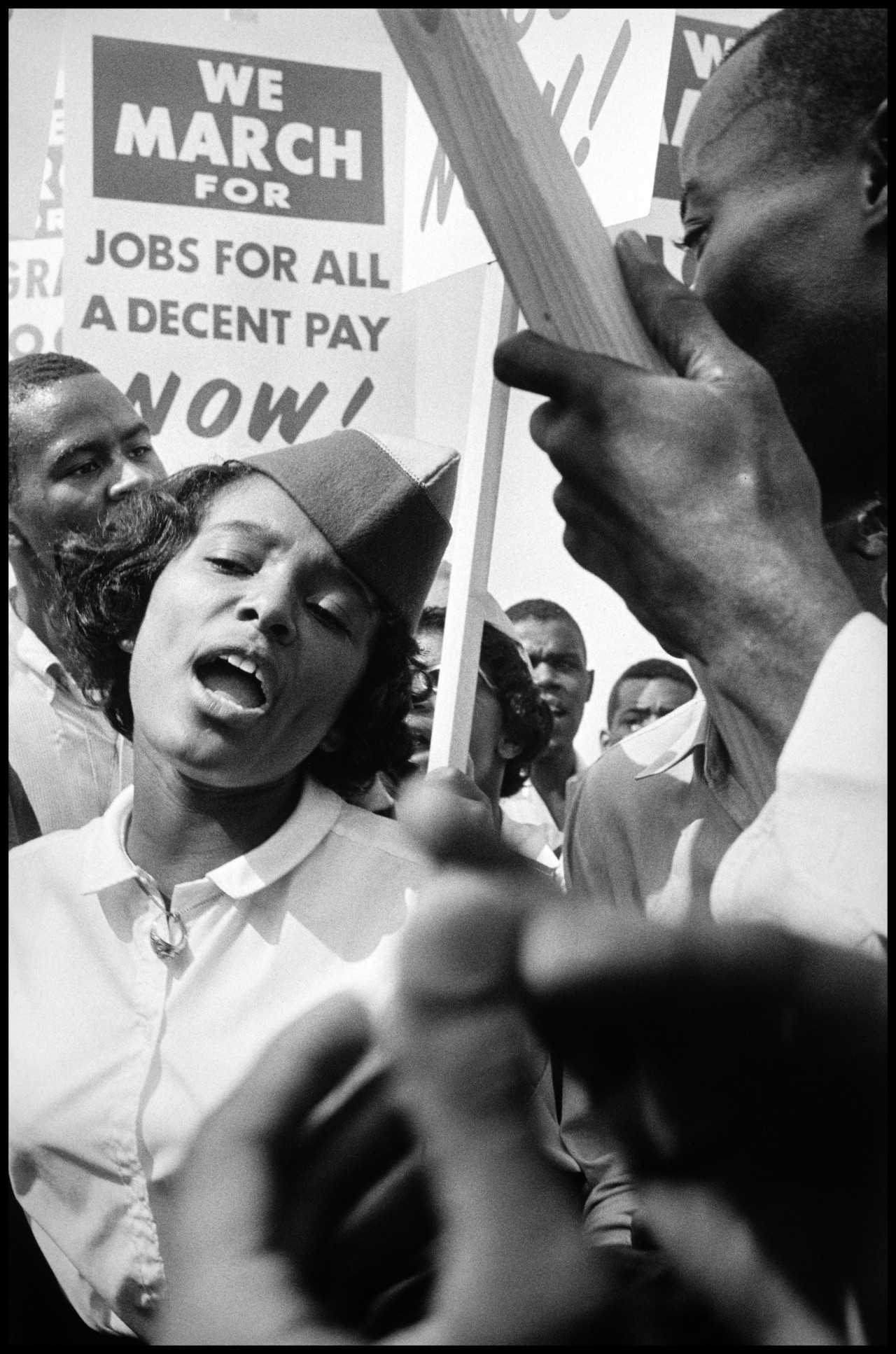