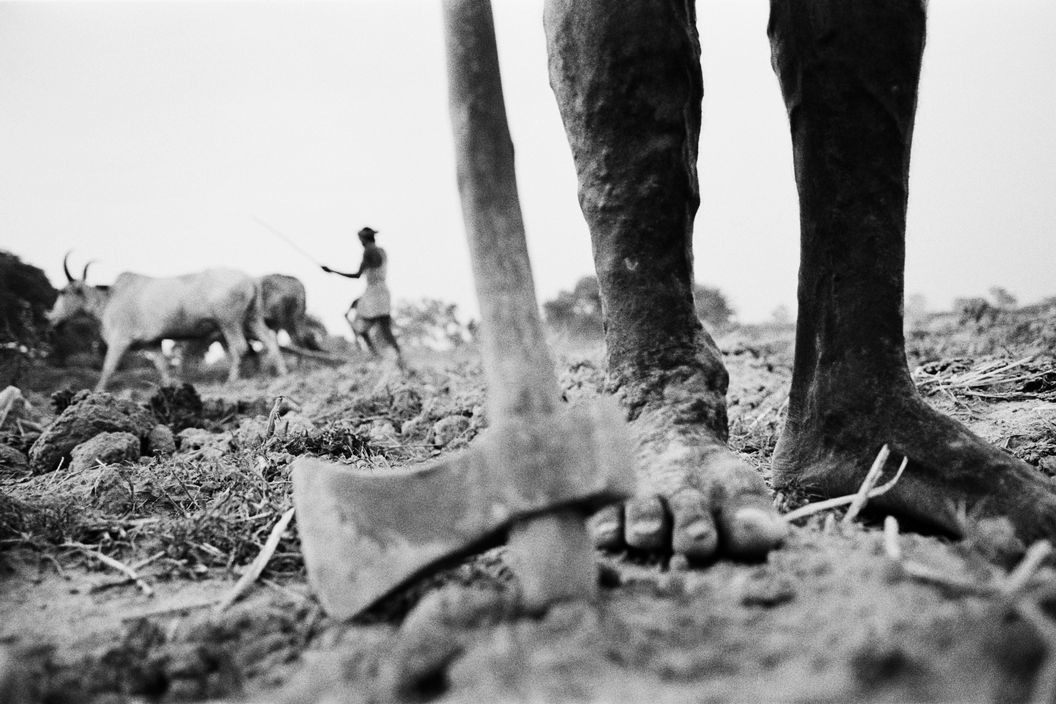 15
Sohrab Hura Two brothers toil hard for subsistence on their small piece of land in Bokaro. The soil is infertile and with the absence of irrigation as well, hardly anything grows. Jharkand, India. 2005. © Sohrab Hura | Magnum Photos 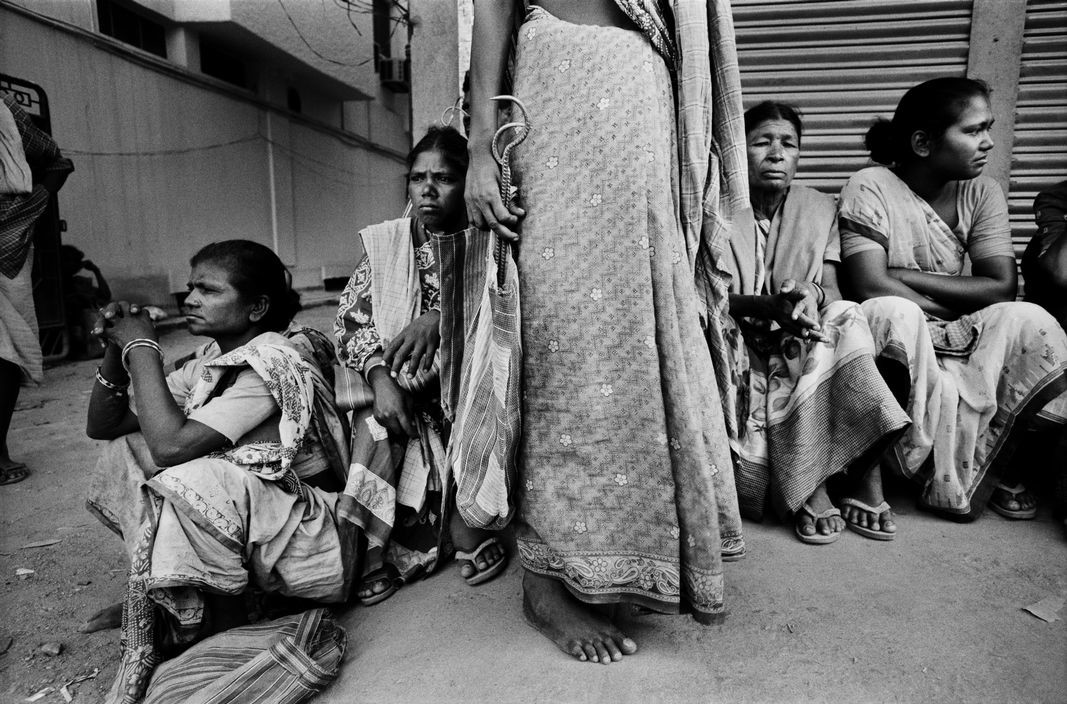 15
Sohrab Hura The unorganized labour market in the morning in Ranchi. The women in the photos had migrated to the city from nearby villages in search of employment and would wait every morning for contractors wh (...)
o could provide a job opening for the day. Jharkand, India. 2005. © Sohrab Hura | Magnum Photos 15
Sohrab Hura In a slum in the older part of the city where people had migrated from nearby states to look for a job. Most belonged to the Dalit community and found it even harder to find employment in the city (...)
. Delhi, India. 2005. © Sohrab Hura | Magnum Photos 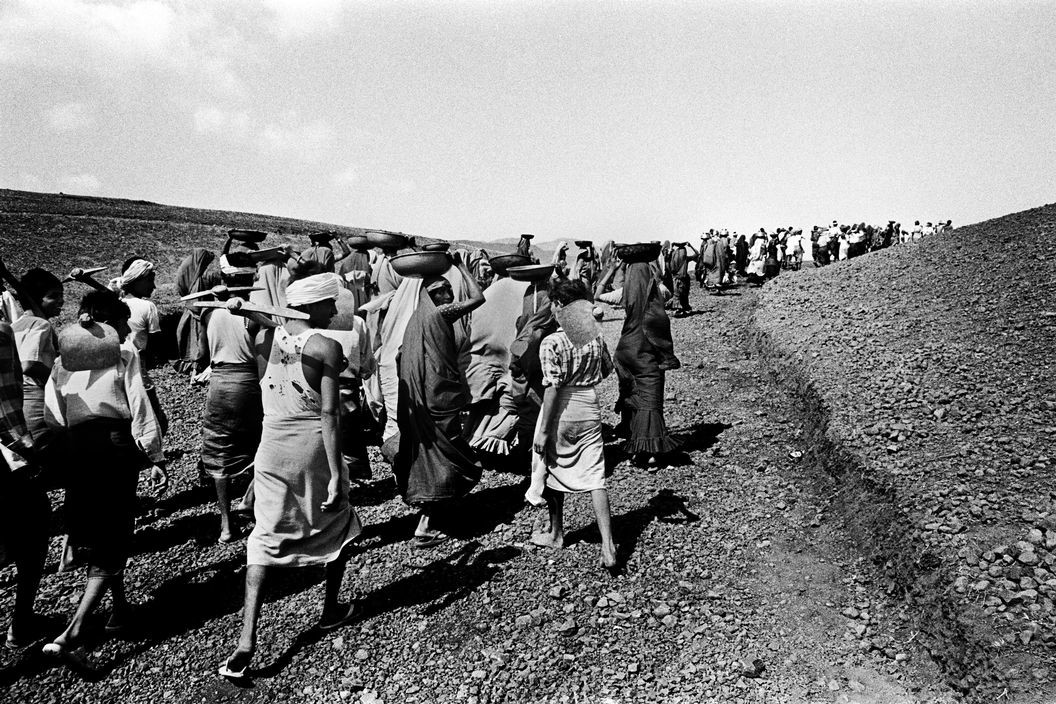 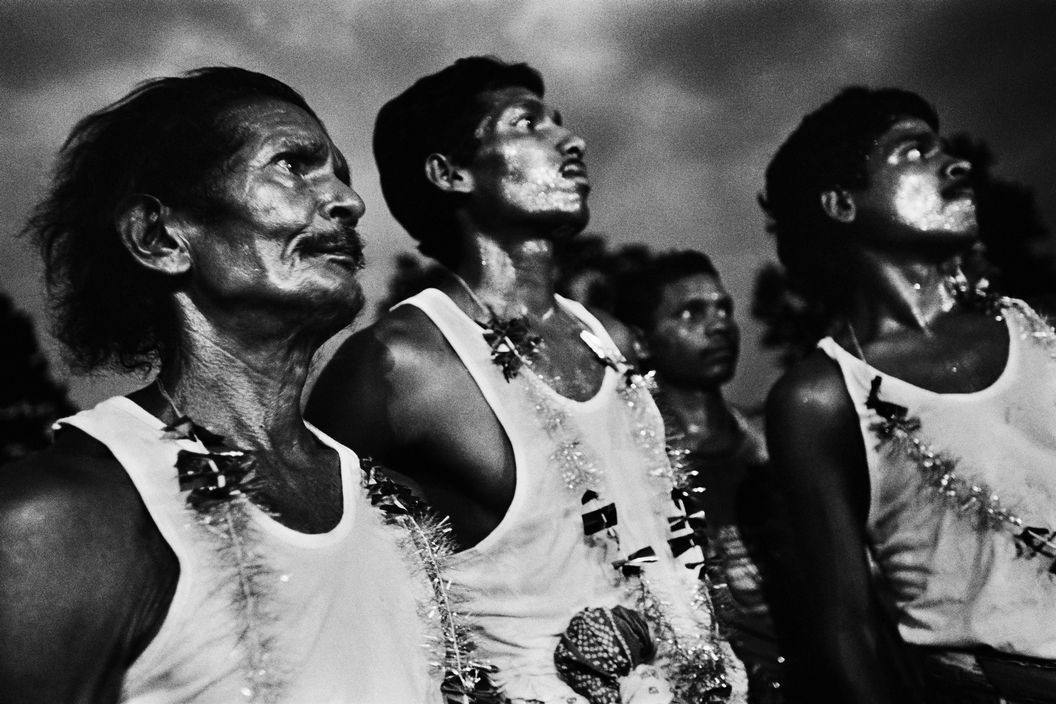 15
Sohrab Hura In Sarguja displaced tribals from the Hirakund region in the neighbouring state of Orissa listen intently as the Rozgar Adhikar Yatra members talk to them about the movement and their rights. Chhat (...)
isgarsh, India. 2005. © Sohrab Hura | Magnum Photos 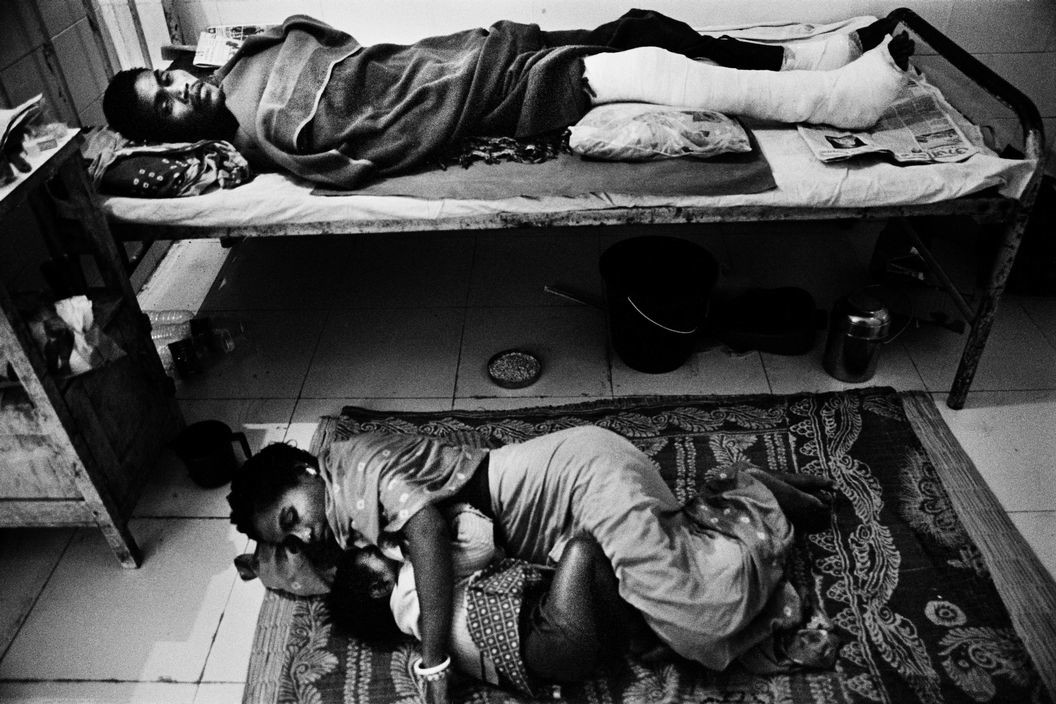 15
Sohrab Hura On January 2, 2006 the police opened fire on unarmed people including women and children who were protesting against the inauguration of a newly built boundary wall around a piece of disputed land (...)
by an Indian steel major. 12 tribals were killed and several seriously injured. Orissa, India. 2006. © Sohrab Hura | Magnum Photos 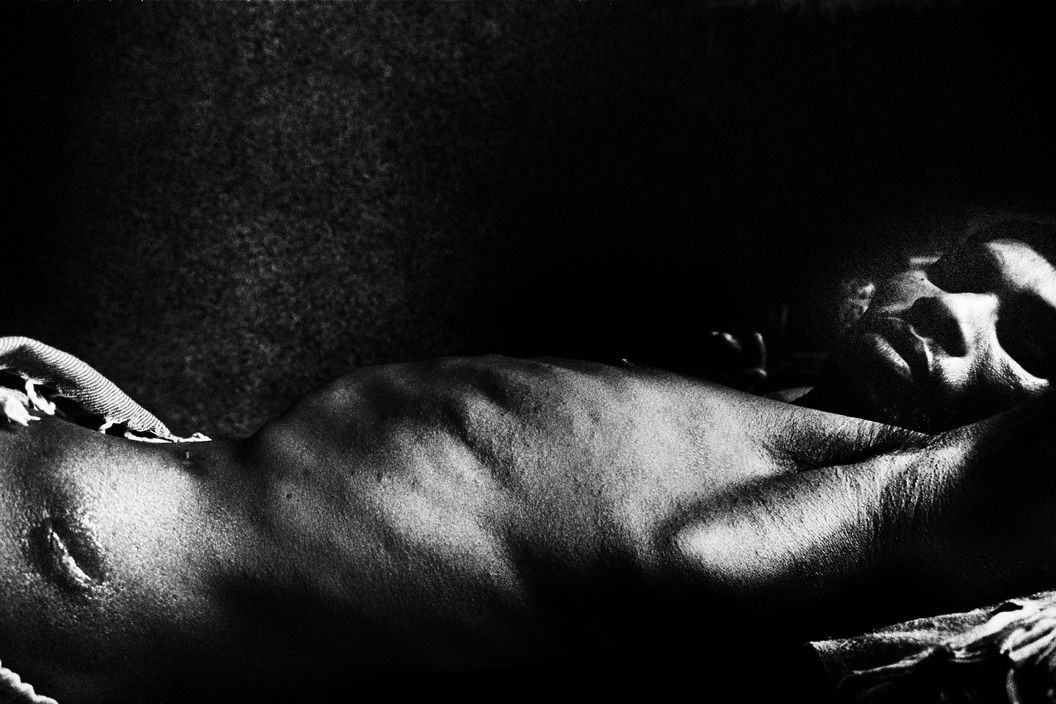 15
Sohrab Hura Ganesh Banara was one of the survivors. He was shot through his stomach. Orissa, India. 2006. © Sohrab Hura | Magnum Photos 15
Sohrab Hura Villagers of Nuagaon- one of the main affected villages in the Paradeep region - protest against the POSCO deal. Orissa, India 2006. © Sohrab Hura | Magnum Photos 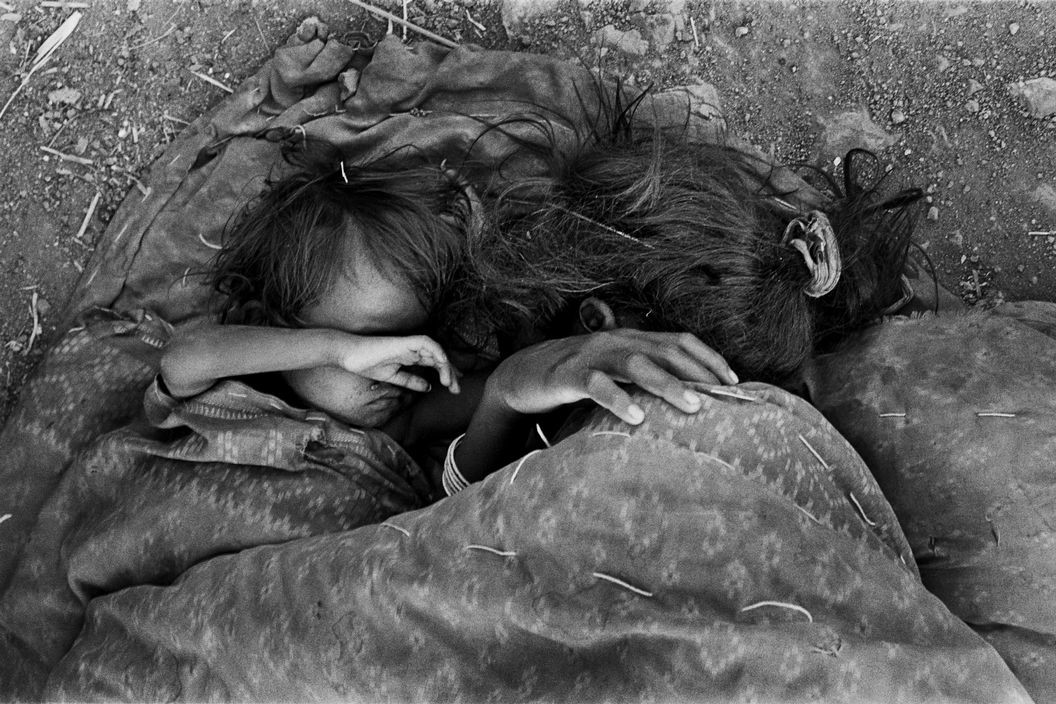 15
Sohrab Hura A young girl in Pati block in Badwani district in the state of Madhya Pradesh looking after her baby brother while her parents are out to look for work in a nearby hamlet. Most households are extre (...)
mely large. Parents sometimes go to near by hamlets to look for employment while some of the children go to work at the worksites and others stay back to look after the household and their siblings. Madhya Pradesh, India. 2006. © Sohrab Hura | Magnum Photos 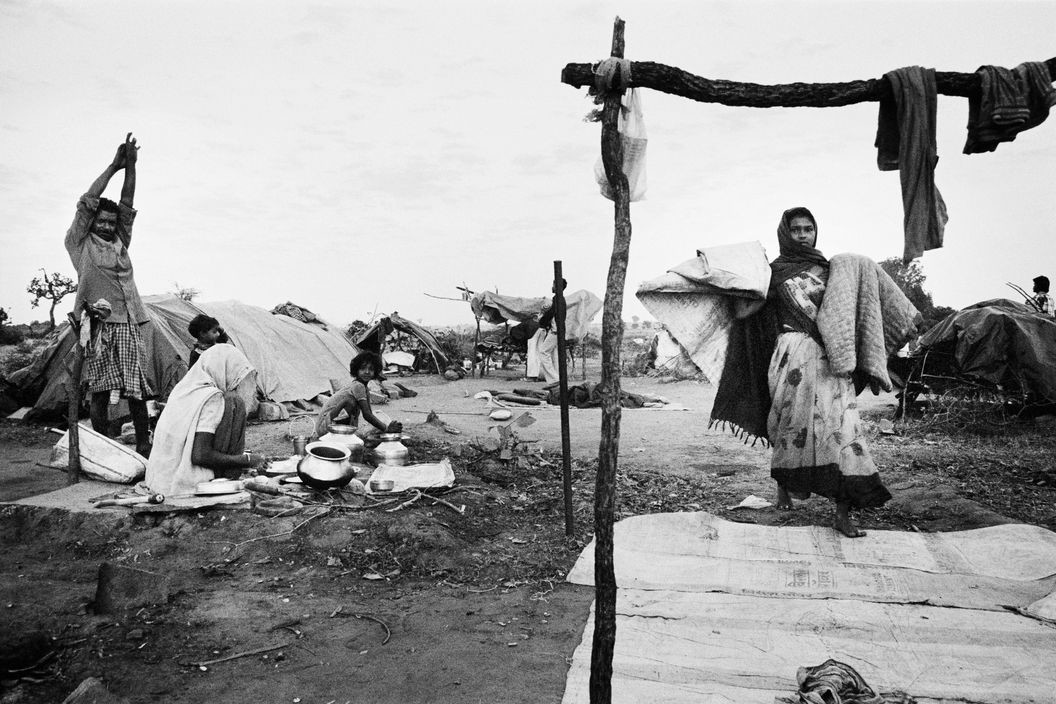 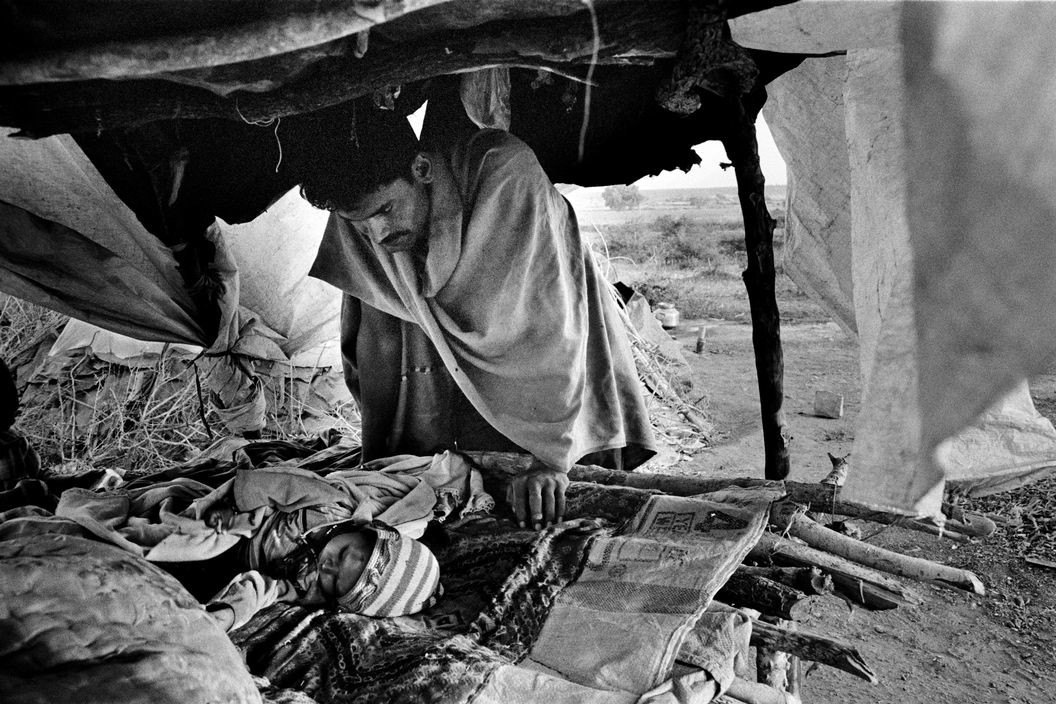 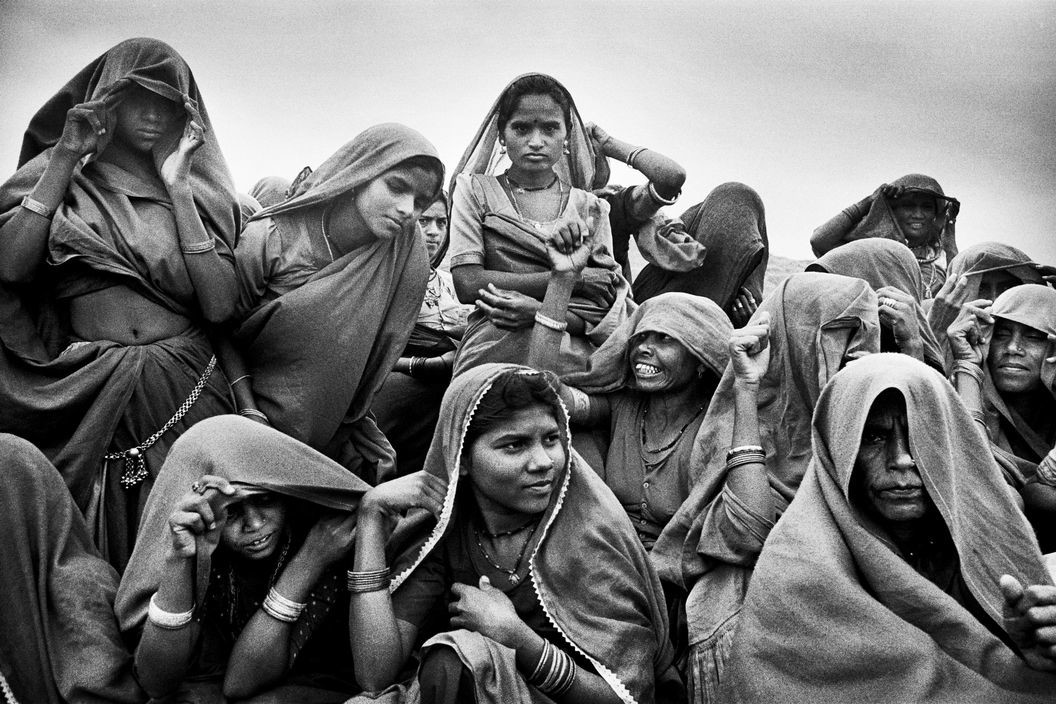 15
Sohrab Hura Women workers huddle together to give in their attendance at the worksite. Madhya Pradesh, India. 2006. © Sohrab Hura | Magnum Photos 15
Sohrab Hura In the summer of 2006, a Rozgar Adhikar Pad Yatra (journey on foot) was carried out in Dungarpur district of Rajasthan where activists from all over India and other nations as well as the local res (...)
idents of this district got together to walk across over 200 panchayats (clusters of villages) over a period of 10 days to monitor and have a social audit on the newly opened NREGA worksites. Rajasthan, India. 2006. © Sohrab Hura | Magnum Photos
15
View all

“Immediately after finishing my studies in economics at the age of 23, I got an opportunity to be a part of a historic social movement with its roots in rural India.

In the summer of 2005, a bus was to leave Delhi University and travel across ten northern and central Indian states for the next 52 days. For the first time over 180 different activist organisations had come together under the umbrella of the Right to Food movement. Anybody could get on to the bus and stay on it as long provided he or she was contributing to the movement in some way or another.

My role on the bus ranged from distributing pamphlets, carrying the banners, making photos for the local press, and on the side I continued to make photographs to document everything that I came across in my journey.

A range of people from activists, students, academics, political representatives, journalists, artists as well as people from various villages along the way had become a part of this journey whose main intention was to garner support for the implementation of the now called Mahatma Gandhi National Rural Employment Guarantee Act (MGNREGA). The goal of this act was to guarantee all citizens 100 days of employment at a minimum wage and, finally, a month later in the August 2005, the bill was passed.” – Sohrab Hura

“Over the years this social security act has had its own share of criticism and loopholes, and yet it has also provided for the security of millions of people living in rural India that still continues to live in the shadows of a growing urban economy. It remains an important subject of debate among political parties, members of the academia and the urban elite.

As a young adult/student, who had spent all his life in the comfort of an urban middle-class environment, this journey and the following year of continuing to work in rural India left an impression that has lasted a lifetime.” – Sohrab Hura

Jackie Kennedy on an Official Visit to South Asia