As a new exhibition explores the U.K.'s seaside, Maisie Skidmore delves into David Hurn and Martin Parr's enduring love affair with Britain's beaches—in all their bright and brash glory “It is extraordinary to see the sea; what a spectacle!” Claude Monet once wrote. Many image-makers have followed in his wake—to the shore, at least.

The seaside, with its abundance of beachgoers, has always presented a fertile opportunity for Magnum photographer David Hurn. “People are there to enjoy themselves,” he says. “It’s democratic, it’s inexpensive, and so as a photographer it’s pretty easy to shoot.”

It was in the early 1960s that Hurn began making the train journey from London to the south coast. “We [photographers] all worked for newspapers at the time, which meant we were were doing current affairs-type things, which is not really what I wanted to do. And so if I ever got the weekend off, I would go down to Hastings and shoot pictures.” 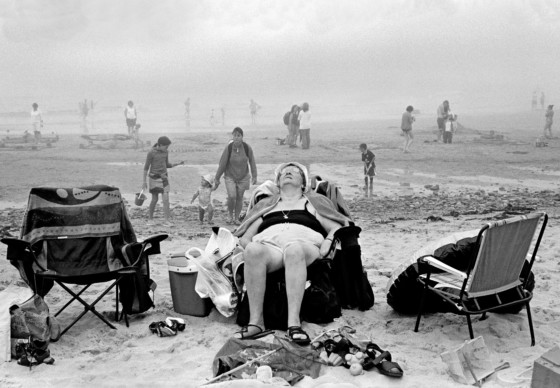 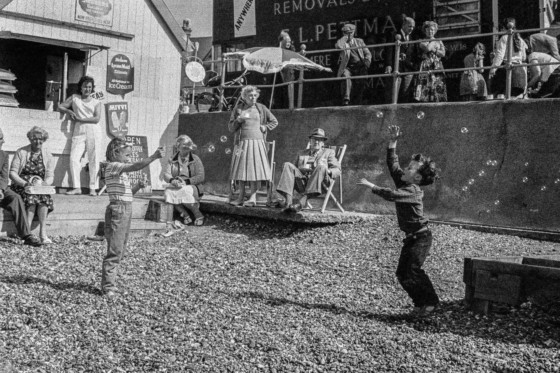 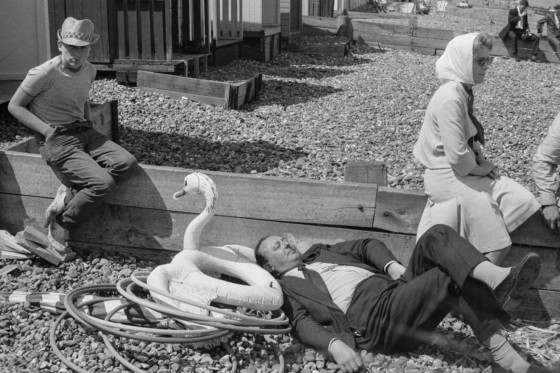 There, Hurn nourished his knack for cataloguing the nuances of people going about their daily lives—a skill he has spent 60 years since refining. His images taken on Barry Island—a favorite holiday destination for workers in his native Wales during the annual fortnight when mines would close for maintenance—are among his most memorable.

"I do think that holiday is very much a tribal thing—you go to the place where your tribe is." 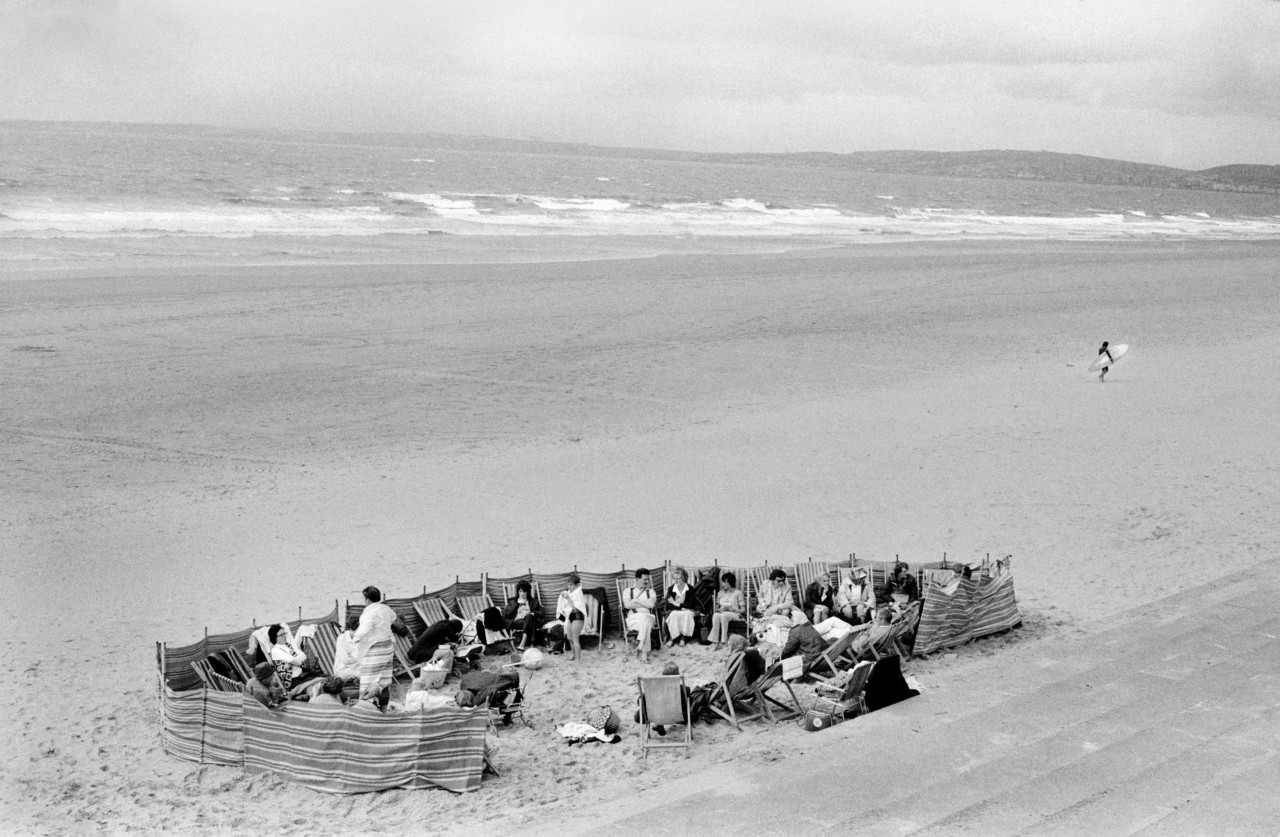 David Hurn Coach party from the valleys on holiday during the fortnight close down of the pits. Aberavon beach, Wales, G.B. 1971. © David Hurn | Magnum Photos 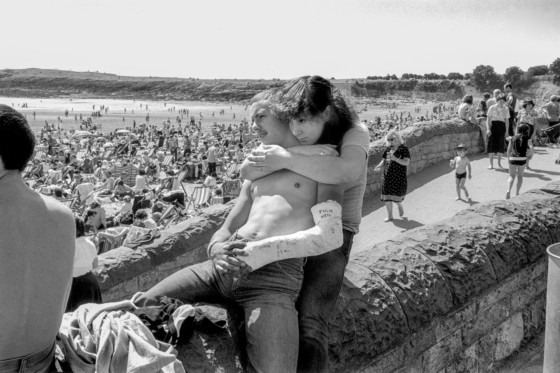 “I do think that holiday is very much a tribal thing—you go to the place where your tribe is. You’d go down to the Barry Island and there’d be virtually nobody there that wasn’t a miner, or from a miner’s family,” he says.

The location offered rich material to photograph, and Hurn shot children playing, lovers embracing, exhausted parents napping, dogs running riot. Through any other lens, such moments might seem commonplace, but through Hurn’s, their intimacy and humanity are magically magnified. “Lewis Hine made a wonderful statement—he said there are two things we should photograph: that which we should attempt to put right; and that which we should celebrate,” Hurn says. “I’m very much in the second camp.” He pauses. “I would of course photograph some things that should be put right, but in the main I love being here. I’m one of those people who, in the last ten minutes, I’ll be asking for another five, you know? Trying to take one more good picture.” 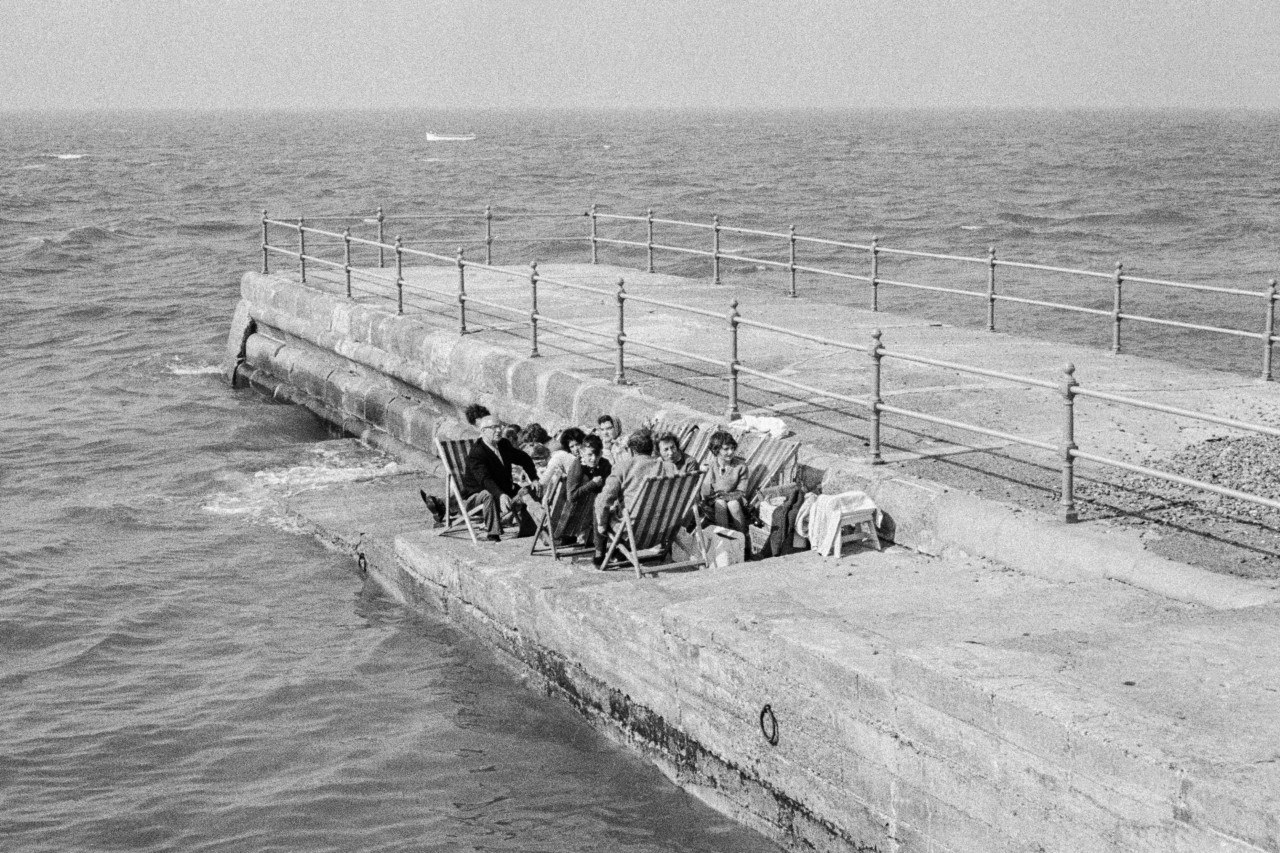 Martin Parr, a prolific collector of objects and ephemera, as well as moments (in the form of images) has long found himself drawn similarly to the seaside. “My parents were birdwatchers, so I didn’t get to go to the glitzy seaside resorts when I was young,” he explains. “So when I was studying at Manchester Polytechnic I absolutely loved going to Blackpool. I was all over it! Especially in the ’70s—it was big and and bright and brash. Terrific!” Big and bright and brash continue to spell seduction for Parr; his appetite for the peculiarities of human behavior have since led him further afield—to Benidorm in Spain, and Argentina’s “completely insane” Mar del Plata. (“It’s the most busy I’ve ever seen anywhere in the world. There are so many people! The more people you’ve got, the better it is,” he exclaims. “In fact the main beach there is called Bristol Beach, so I feel at home.”) But crowds on beaches, and very often British ones, have made for some of his most unforgettable shots. Humor and horror prevail, and often in equal measure; one need only look at his 1985 series The Last Resort for proof of how many different shots might jump out of any one scene. 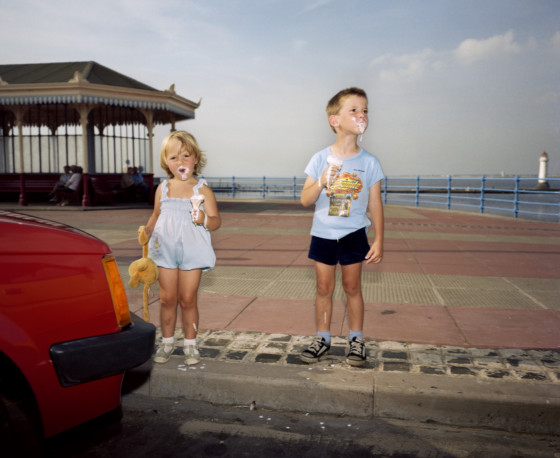 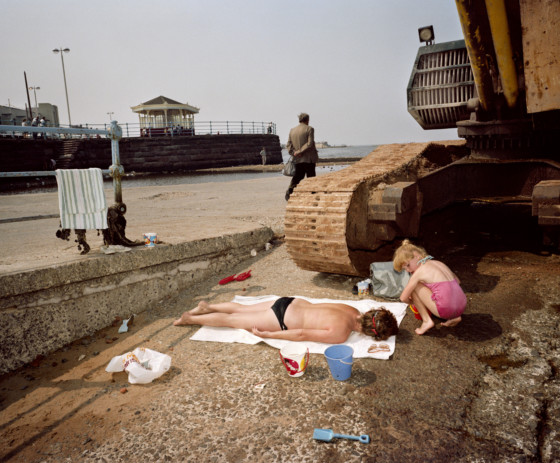 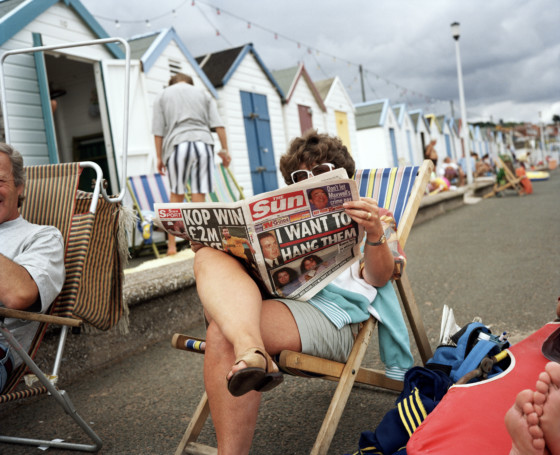 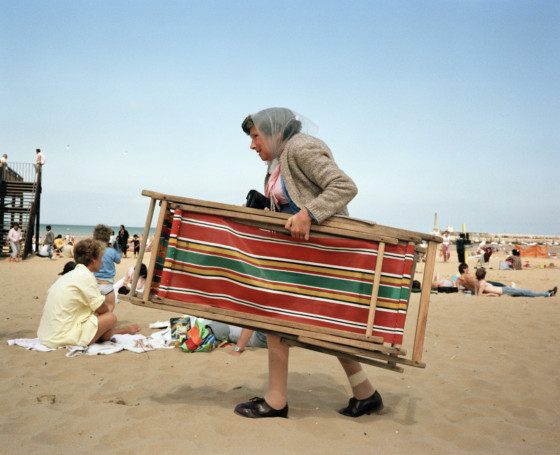 "Every nation’s different attitude is represented—you can see all the traits exemplified on the beach."

But the ultimate draw of the seaside for Parr? It is an innately democratic space, he says. “I love the challenge. Every nation’s different attitude is represented—you can see all the traits exemplified on the beach.” A microcosm of British life—and never more than a couple of hours away. 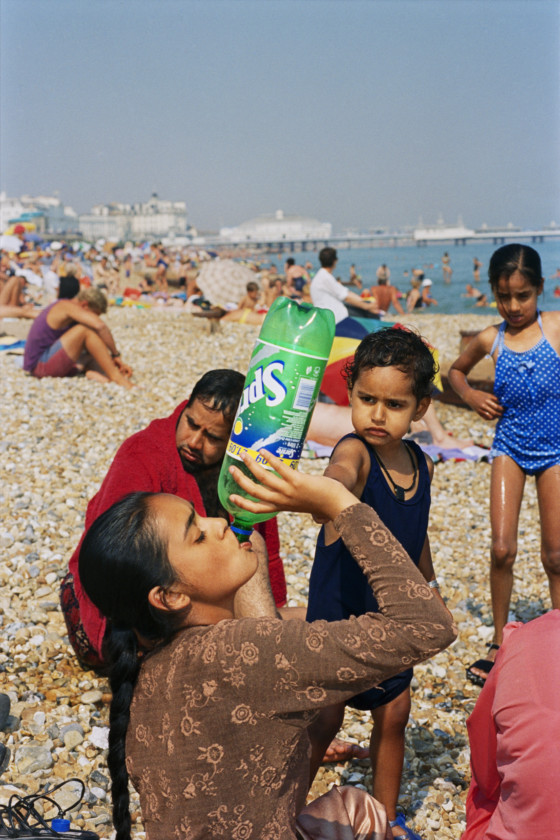 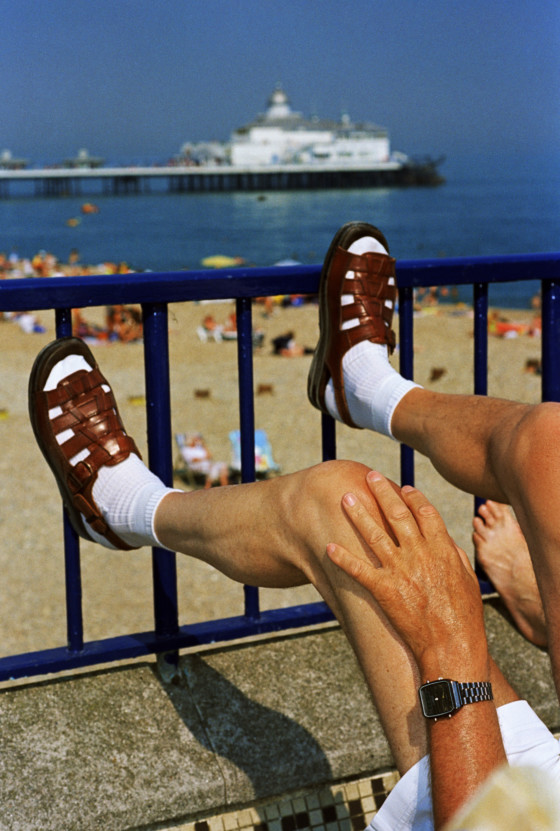 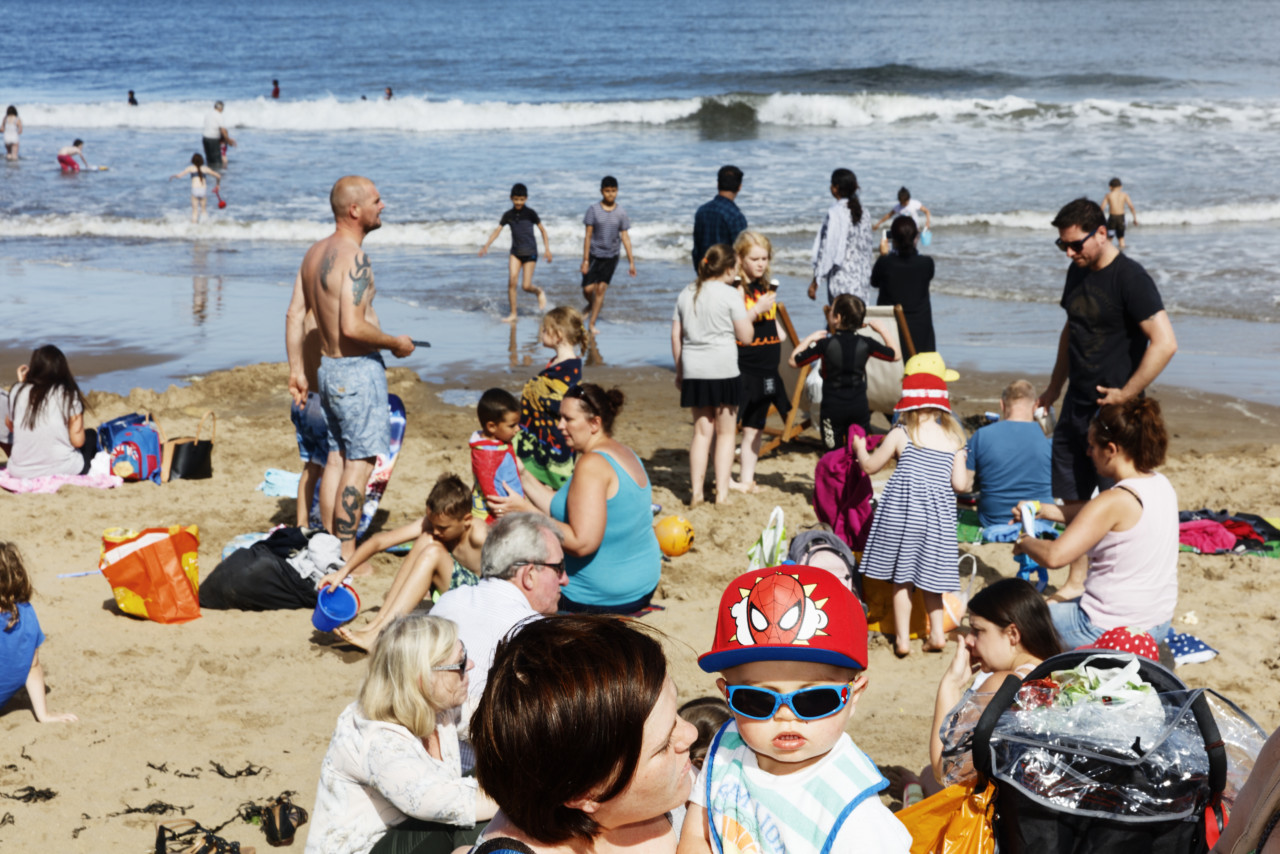