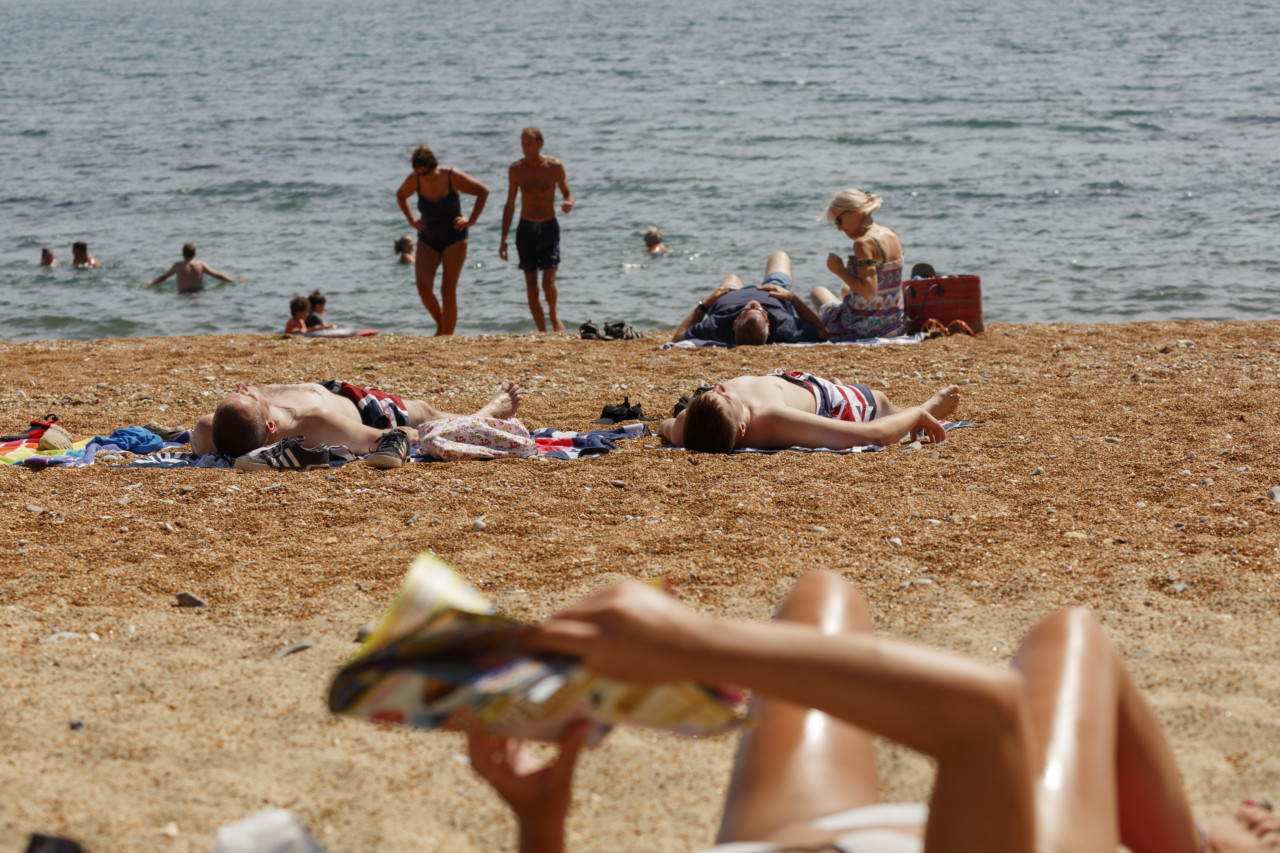 Martin Parr has previously waxed lyrical with Magnum about why the seaside has proven to be such fertile ground for his work, and now, as a new book is published featuring a global perspective on the beaches he has photographed–Beach Therapy–the photographer considers how the technical development of his own practices has been mirrored throughout this world-spanning study.

I have a long-established affection for the beach as a place to photograph; people can really be themselves as they sunbathe, play, swim and relax. For me, the beach is also a human laboratory where I can experiment with new ideas and approaches, using the location to explore what is possible with the camera.  So, in my long career, the many cameras and techniques I have used have first been applied to beach photography, often in the early days of a particular phase of my work. 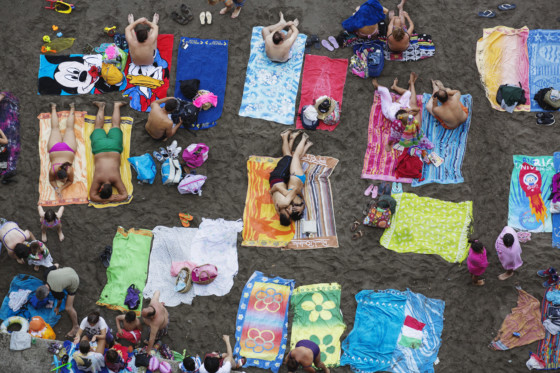 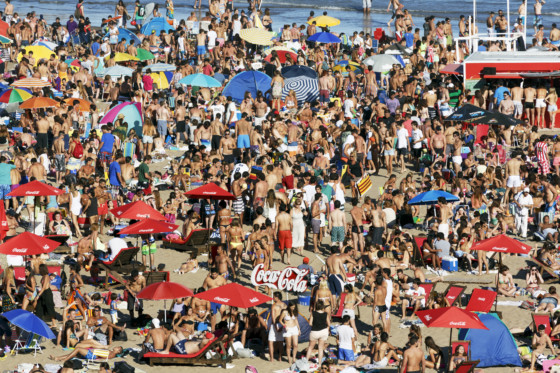 My parents were bird watchers and – because of this – I wasn’t taken on beach holidays as a child, but rather had to visit sites of ornithological interest. I have always speculated that this has been the basis for my attraction to the beach. When I went to Manchester Polytechnic to study photography I immediately started going to Blackpool to shoot on the beaches there. Back in the 70s, if you were a serious photographer in the UK, you were obliged to shoot in black and white. Colour was seen as the domain of snapshot and commercial photography. "I have a long-established affection for the beach as a place to photograph; people can really be themselves as they sunbathe, play, swim and relax. " 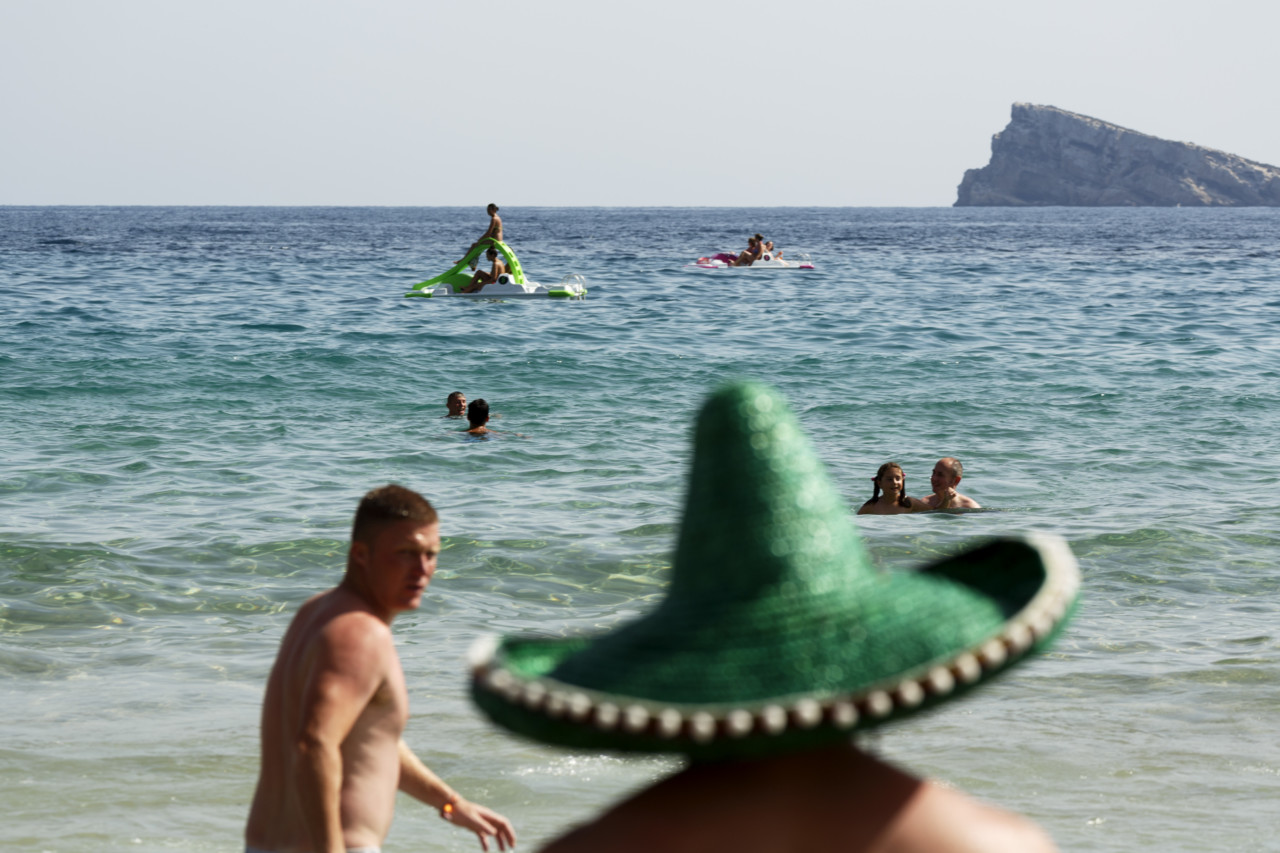 I was inspired to move from black and white to colour in the early 80s. I decided to up format and bought one of the newly launched Plaubel wide angle medium format 6/7cm cameras. This was combined with flash and I started shooting in New Brighton, a run down seaside resort near Liverpool. This work was published as a book entitled The Last Resort in 1986. The language of this project and many subsequent colour experiments echoed that of commercial photography, that is bright colours, with daylight flash,  but was applied to an independent project. 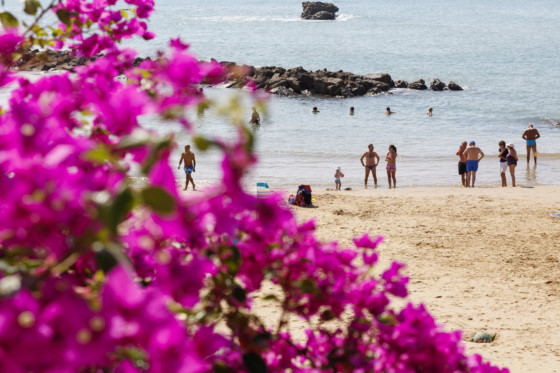 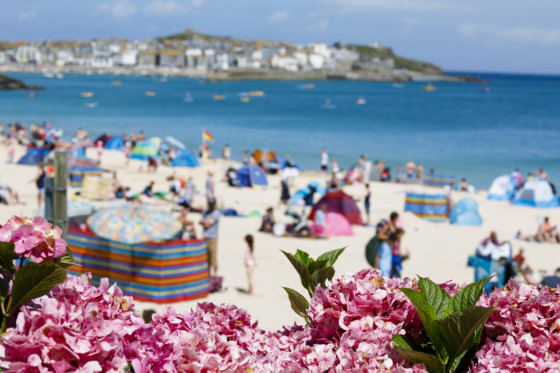 After the success of this strategy the next experiment involved using a standard lens instead of the wide angle lens – which has its limitations –  as playing with differential focal planes did not really apply. I used this technique for a commission to photograph on the Isle of Thanet, better known as Margate, Ramsgate and Broadstairs. This gave me the chance to come in tighter to the subject, rather than a more spatial approach, which is inevitably linked to the wide angle lens. 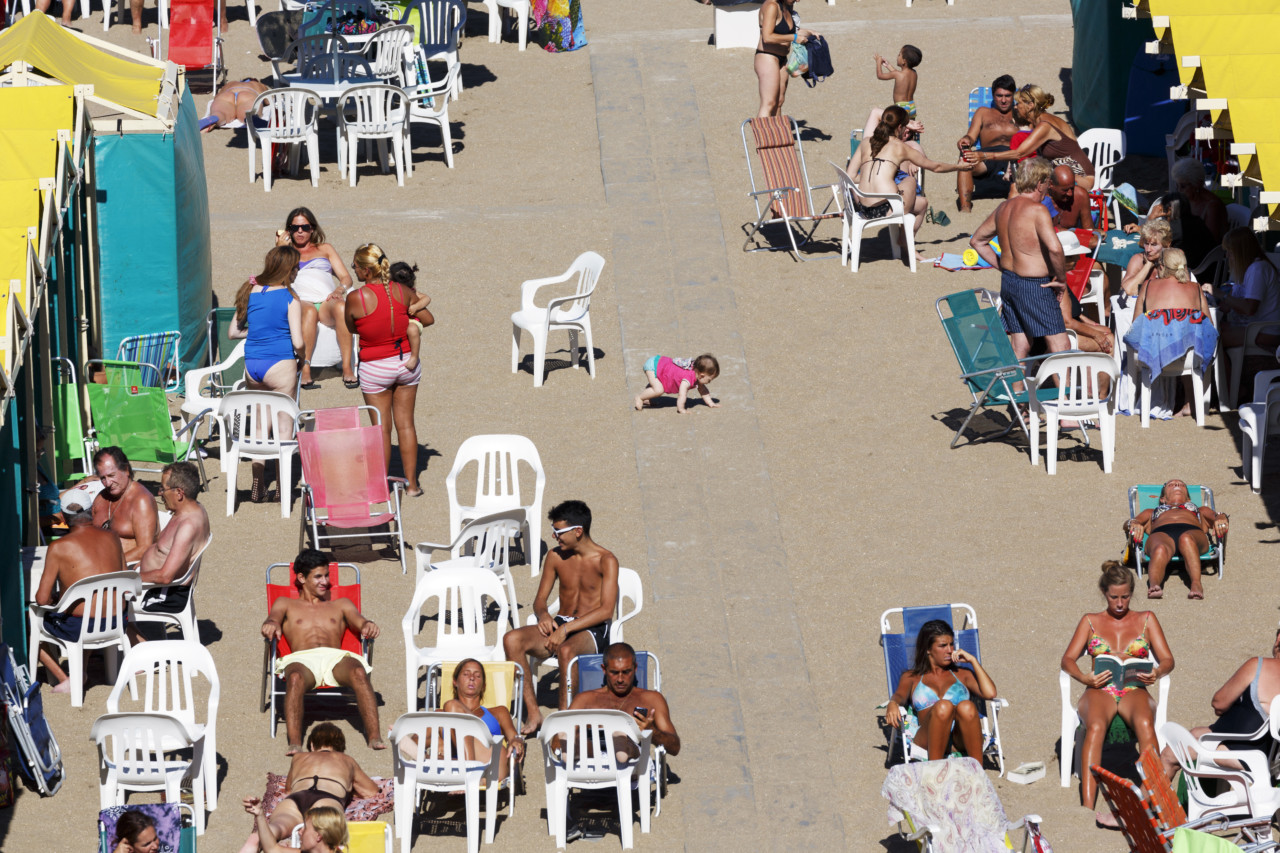 In 1995, I purchased a macro lens and ring flash, a combination usually associated with medical photography. The ability to come in close really appealed and I started projects shooting close-ups of food and trying to isolate clichés associated with different countries. There are two main features of my work using this combination: coming in close to anything from feet to faces, but also lighting the foreground and letting the rest of the image fall away and be out of focus. Both these approaches have been explored on the beach.

"The ability to come in close really appealed and I started projects shooting close-ups of food and trying to isolate clichés associated with different countries." 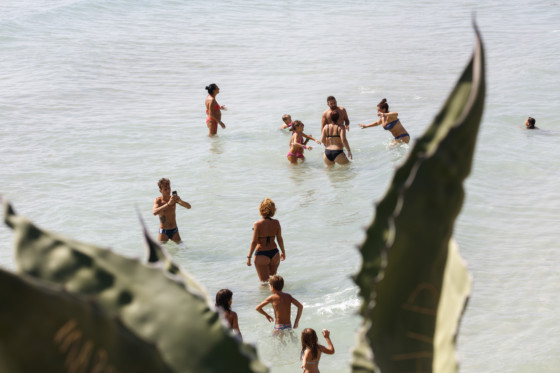 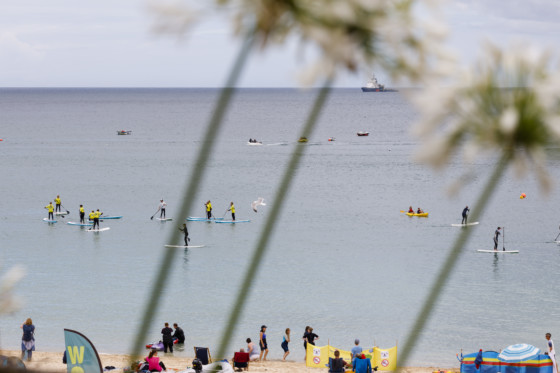 Changing from analogue to digital introduced a whole new approach into my work.  Although often still using flash, the palette is more muted and the lens, which zooms from 24mm to 70mm, gave me an opportunity to explore going much further back from the subject. Now a wider view, with smaller figures on the beach scene, began to emerge. 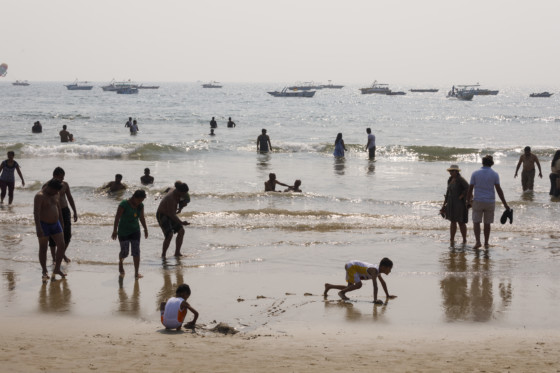 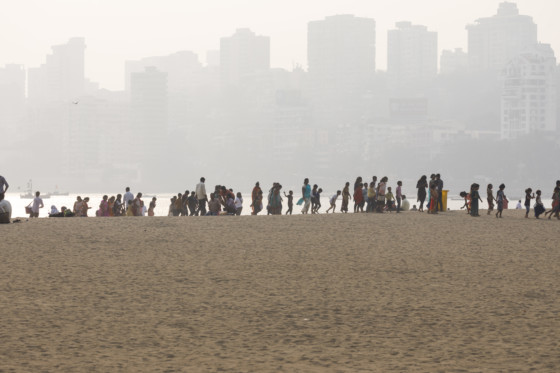 The telephoto era, 2014 and forward

I first used this lens when shooting in one of my favourite beach locations: Mar del Plata, a huge, crazy resort in Argentina. This lens, with its ability to flatten and compress, has been somewhat shunned by the art world (with the honourable exception of Beat Strueli) so I was keen to explore what was possible. This really demonstrated to me the potential of pulling different planes together and also adding in the chaos of out-of-focus plant life in the foreground. When this worked, the resulting photographs did not resemble anything I had seen before, and this was exciting.

I will continue to experiment with beach photography. Who knows what will come next?

Buy a signed copy of Beach Therapy on the Magnum Shop here. 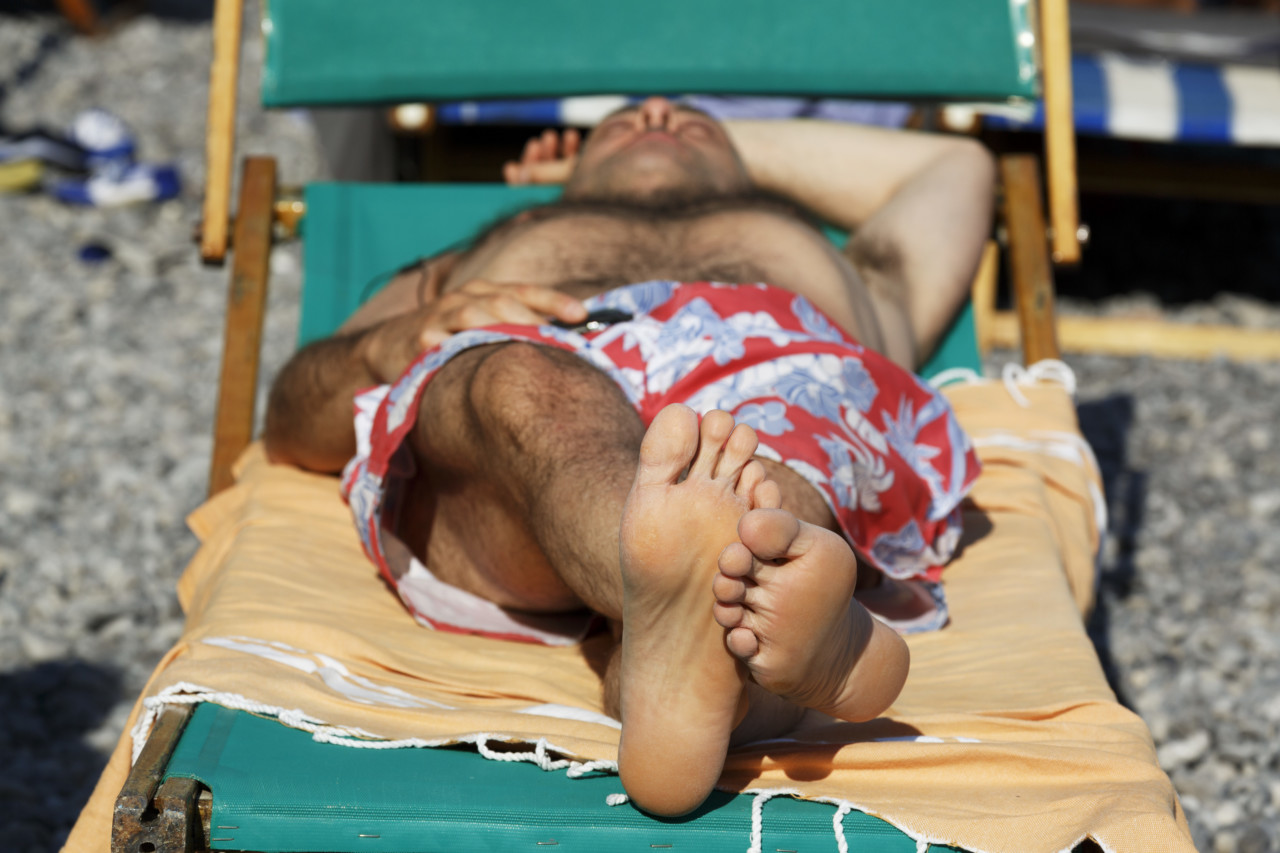