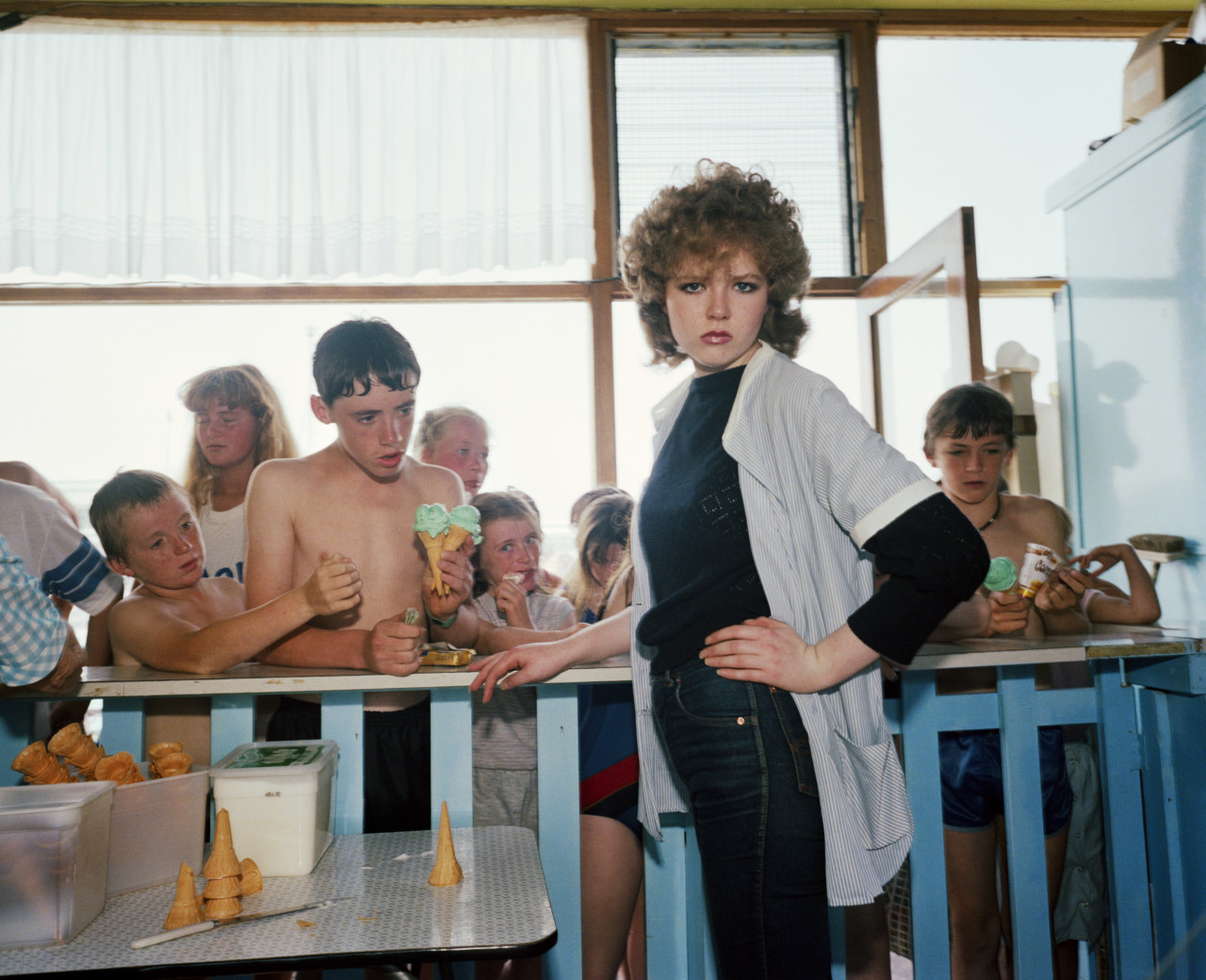 CRB have also realeased a box-set of Parr’s zines which includes his work on the British seaside as well as Chinatown, Yates’, the abandoned Morris Minors of West Ireland, and Prestwich Mental Hospital. You can purchase it from CRB here, or signed from the Foundation, here.

Leisure, in all its manifest forms, has occupied Martin Parr for his entire career. But from funfairs to food to flower shows, nowhere is the pursuit of pleasure more nakedly apparent than on the beach. “The beach is always going to be an integral part of what I do – it just goes on and on,” says Parr. “I’m off to the beach tomorrow.”

Parr’s most enduring photographs of the British coast were taken between 1983 and 1985, when he visited the Liverpool beach resort of New Brighton. His now characteristic use of saturated color and on-board flash illuminated a country in a state of decay, but still finding pleasure where it could. The deterioration of the British economy—and society as a whole— seemed to be writ large in the litter-strewn, concrete promenade of New Brighton. 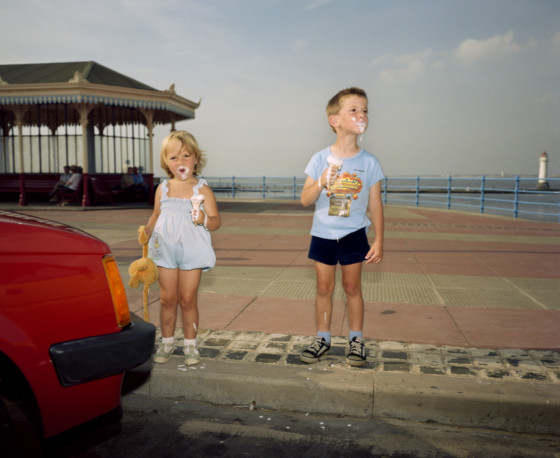 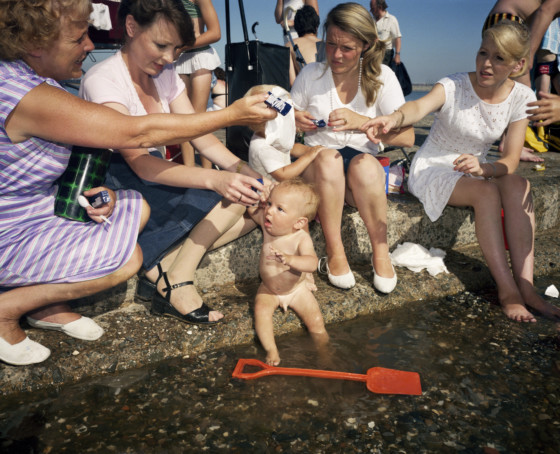 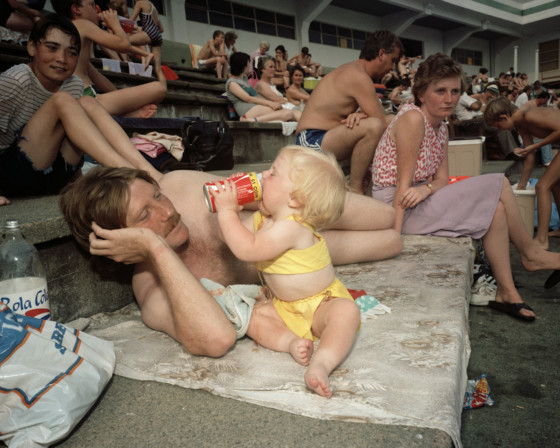 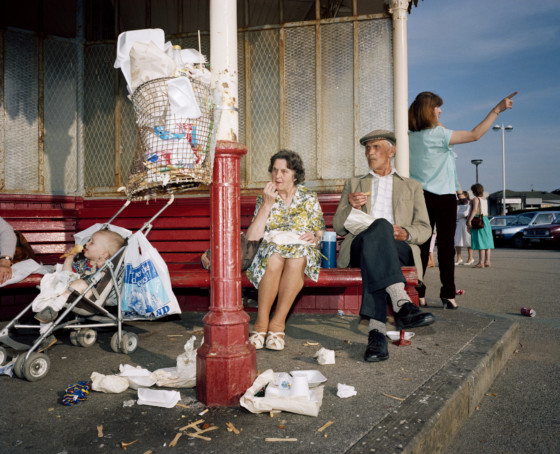 “It was a particular moment in the 80s,” says Parr. “New Brighton has changed; it’s been somewhat gentrified. I was there last weekend and it’s not as scruffy. So the work is to do with that moment in time, in the midst of Thatcherism and just before the lido closed. The whole energy of the place was part of that.”

80s New Brighton was a popular destination for the economically deprived working class and Parr’s appraisal of this social strata—warts and all—caused controversy when The Last Resort was first exhibited at London’s Serpentine gallery in 1986. Critics condemned the work as cruel and voyeuristic but, as Parr says; “I realised pretty early on that controversy didn’t do you any harm. And now of course it’s seemed to have all settled and people are much more appreciative of that body of work than they were in the 80s.” Parr maintains that his interest was not in ‘class’ but in the truisms of everyday life that all people must deal with – such as screaming children and bad weather. 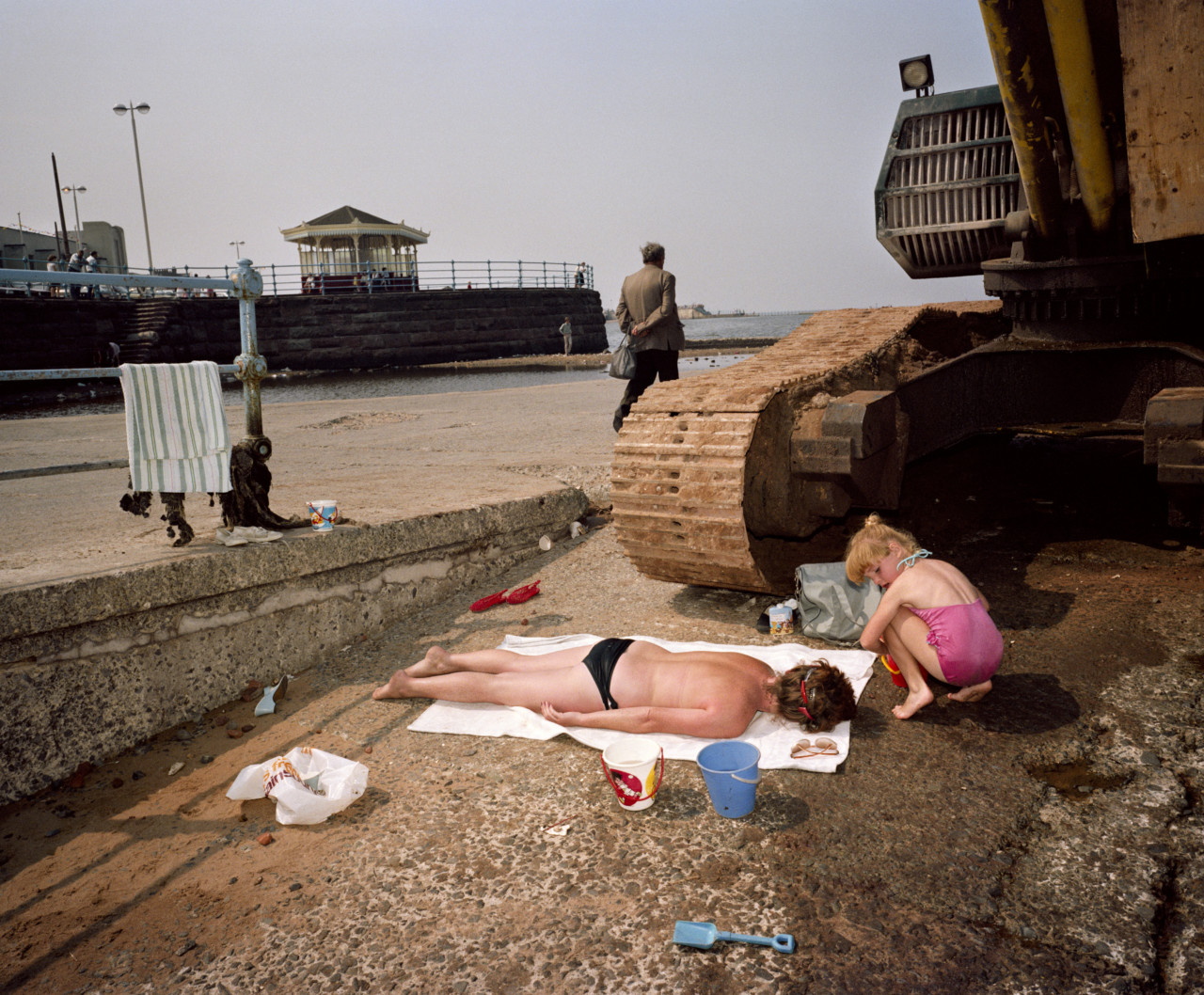 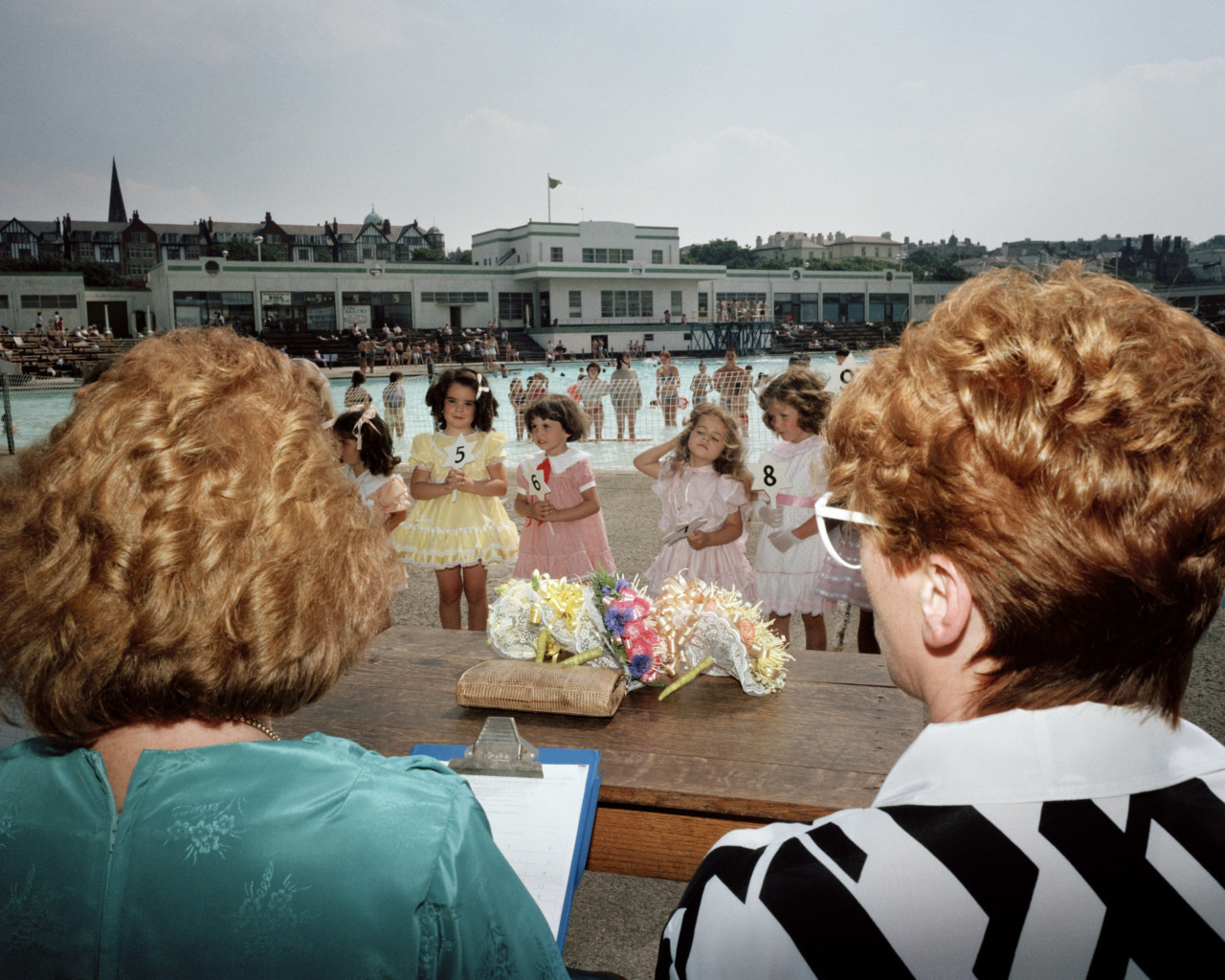 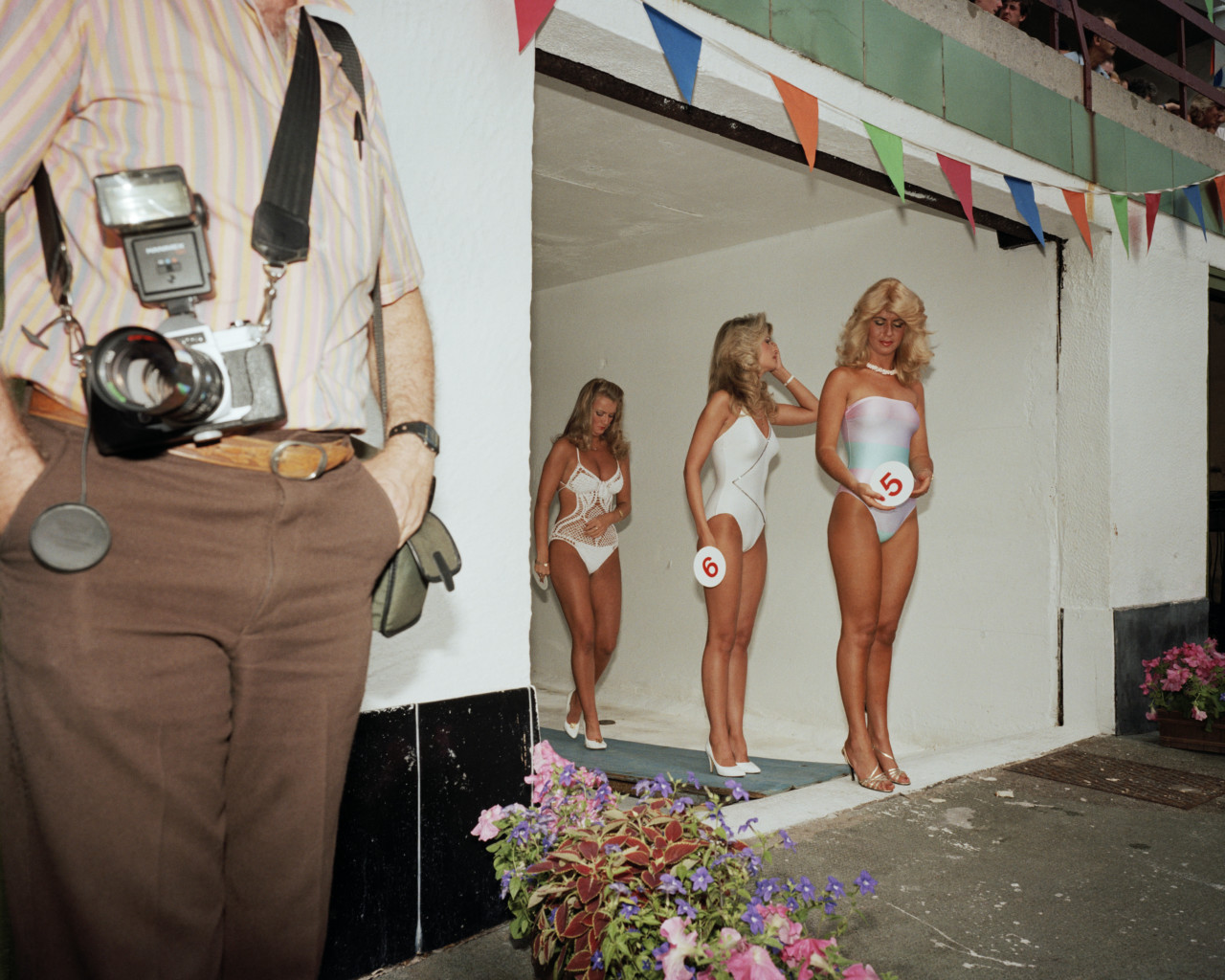 "I realised pretty early on that controversy didn’t do you any harm."

As well as the day-glo outfits and cheap thrills of the arcades, Parr’s documentary-style approach draws attention to the ironies of a crumbling seaside resort. Instead of golden sands, which disappeared in the 1960s due to the tidal changes of the River Mersey, concrete abounds, making ordinary beach scenes somewhat dystopian. In place of sandcastles, large pieces of haulage machinery loom, while towels placed on hard cement are the unhappy alternative to deckchairs.

“The contradictions of British life are everywhere to be seen – the beach is no different,” says Parr. “I’m interested in the ambiguity and contradictions that I can see and finding ways to articulate that through photography.” This appraisal of the eccentricities of British society may be easy to romanticise, but The Last Resort is far from nostalgic. “We’ll look back in 30 years time and think: ‘I wish I’d been here through the 20-teens’,” he says. “It’s very easy to look back and be nostalgic, thinking that everything was better in the ‘Good Old Days’. Well it wasn’t, it just evolves.” 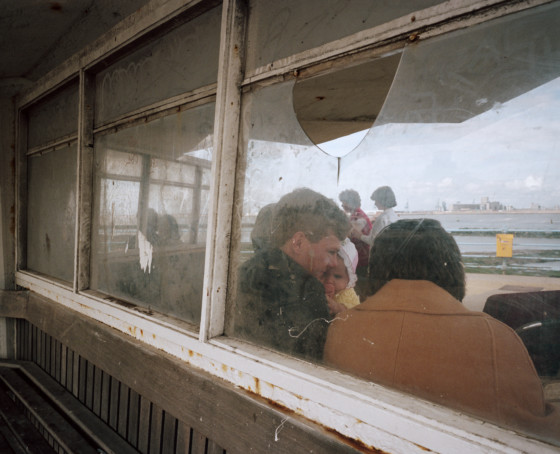 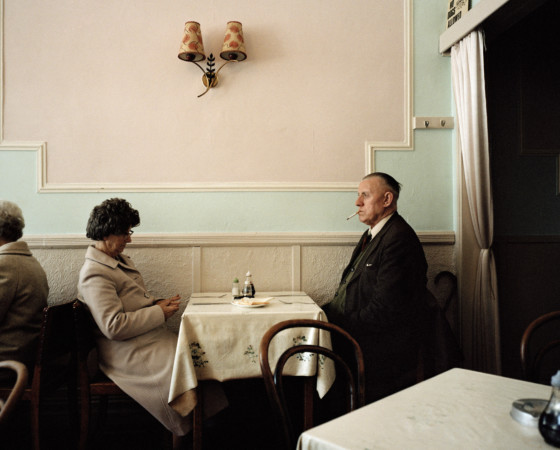 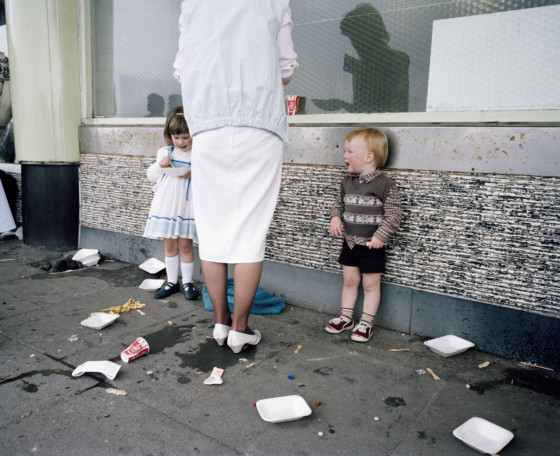 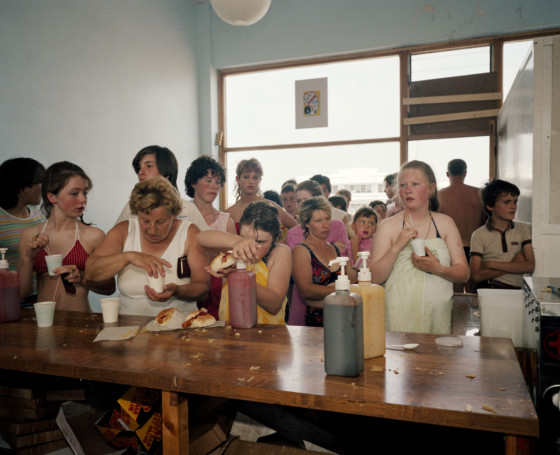 "Whenever I’ve adopted a new technique, I usually apply it first to the beach to experiment with what’s possible."

Entertainment is at the heart of Parr’s photography and is especially evident in his work on the beach. “I want the pictures to be accessible to a wider audience. I don’t want people to be mystified or puzzled by what I’m doing,” he says. “I want the pictures to be bright and cheerful.  Well, they may not be cheerful but certainly bright.” This ‘cheery’ exterior is made possible through a bold use of color, which was partly inspired by the language of commercial photography and partly by American documentary photographers such as Stephen Shore and William Eggleston. “They gave me confidence to know that color can be serious too,” he says.

The Last Resort was one of Parr’s early experiments with color and in this way the beach has been his laboratory for testing out new ideas. “Whenever I’ve adopted a new technique, I usually apply it first to the beach to experiment with what’s possible,” says Parr. “This has ranged from New Brighton being the 6×7 medium format and changing from black and white to color. Then the use of the standard lens—initially at a wide angle—then the macro lens and then more recently the telephoto lens.” The beach has remained a fruitful testing ground simply because, “people are just lying there waiting to be photographed”.

Published as part of Magnum’s summer series of stories: ‘Life by the Sea: Exploring identity through society at leisure and the pursuit of pleasure’. See the rest of the stories from the series here.