When Jim Goldberg travelled to Portland in 2015, as part of the collaborative Postcards from America project, he visited an apartment complex for an ageing LGTBQ+ community. “People would say, have you met Darrell and Patricia? They’re special. They live a very private life.”

Those two names are written on the front of Goldberg’s book, Darrell and Patricia, signed copies of which are available now on the Magnum Shop.  The names appear encircled by a heart, pierced with an arrow. It’s reminiscent of a carving in the bark of a tree. A scrawl on a school desk. A doodle, a jot, a drawing together of lives in the confines of love.

“They lived like monks in their small studio apartment. Everything could be put away so that it was as minimal as possible,” says Goldberg. “The only thing that was ‘in the way’, so to speak, was the sewing machine, because Darrell sews. Everything else was along the wall.” 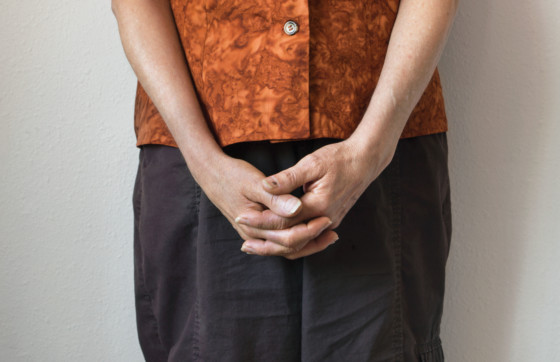 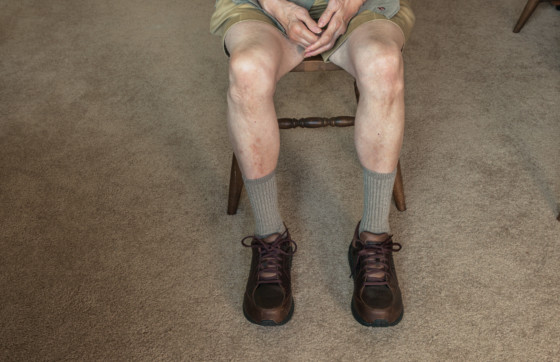 "It's as if their place is where they have ultimate peace in this life. Being out in the world is still hard for them" A rice cooker, a blender, a bunch of bananas on a table supported by cardboard boxes. Goldberg captures Darrell and Patricia’s belongings with precision. On another table a pile of bedding waits, quilts and pillows neatly stacked. Intimacy is implied, folded away for now. “There were very few things,” he says. “They barely have a kitchen. Their lives are simple. Their home is offers them peace in this life, because being out in the world can still be hard for them.”

Before we see Darrell and Patricia, we see Darleen and Pat. A series of old photographs are presented, giving us some insight on their past. In an approach Goldberg has fostered throughout his career, thoughts and annotations are written by the subjects of the photos. “I knew that something was wrong with my life; but I didn’t know what,” writes Darrell beside the passport of Darleen Ann Fleury, dated 1977. “I just wanted to run away and escape! But I never did.”

Finding these pictures wasn’t an easy task. “Darrell and Patricia had purposely omitted all these images of themselves,” says Goldberg. “They thought they had nothing, but, Darrell found some photographs in the trash on their computer. They were quite small files, but at least we had something to work with.” 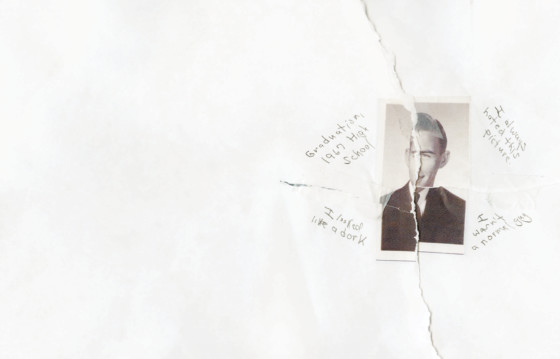 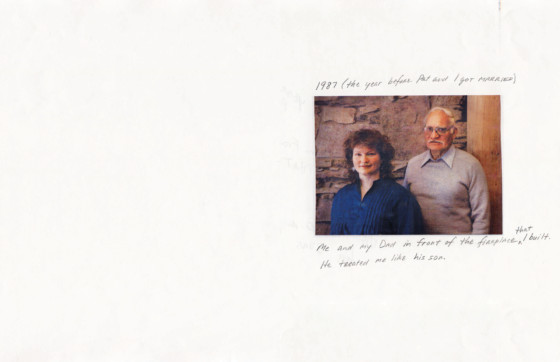 "On another table a pile of bedding waits, quilts and pillows neatly stacked. Intimacy is implied, folded away for now" 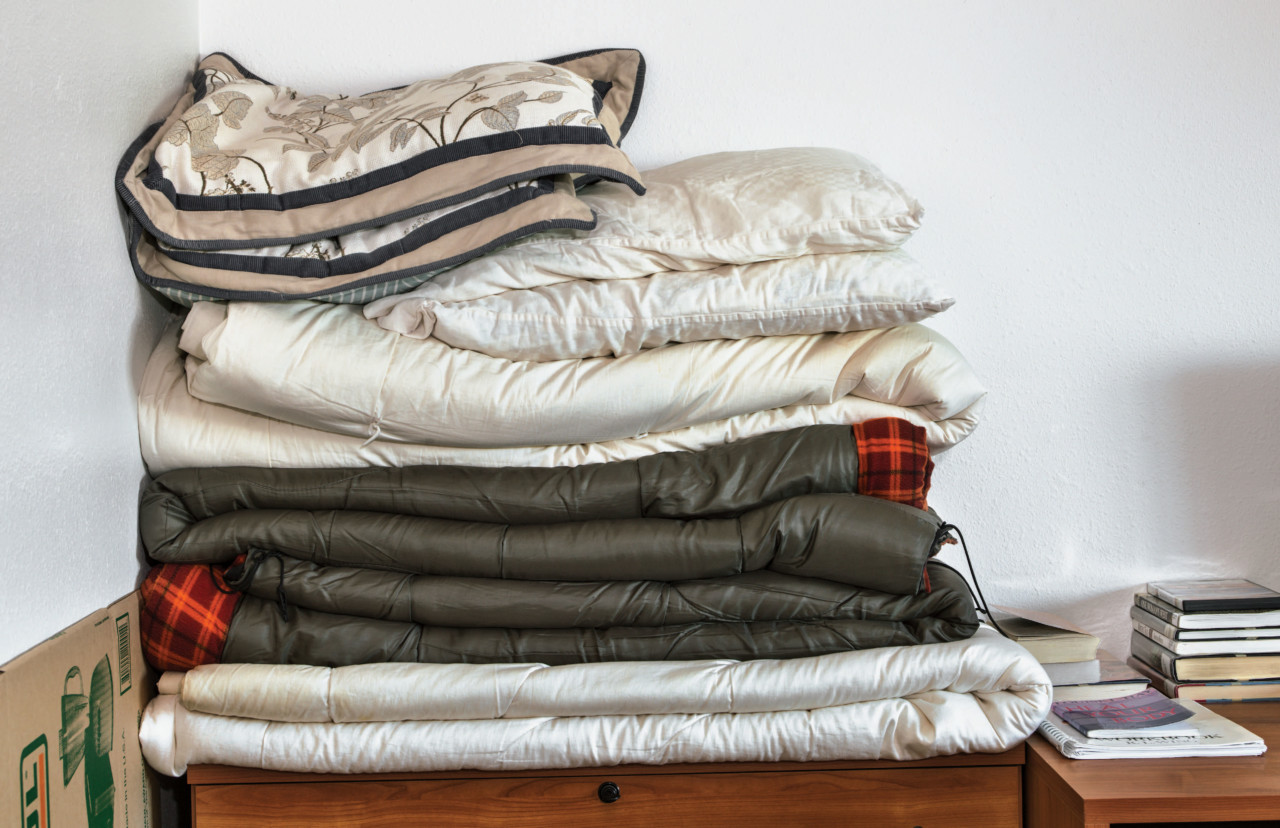 Not every image survived this process intact. One photo, of Patricia’s graduation in 1967, was torn apart. In Goldberg’s book this page is cleaved, the faint stitching of tape holding the pieces together. “There was this violent reaction to seeing that image again and facing that period in her life,” says Goldberg. “She was happy to rip it up.”

In Rich and Poor, Goldberg photographed people on both sides of America’s economic divide, picturing a very visible gulf but also the myths and false distances between classes. The opposite poles of old and young have also been at the heart of several of his books, notably Raised by Wolves and Nursing Home, and Gene. The photographer has spoken in the past about his prevailing interest in dialectical arguments. Does this book; a portrait of a transgender couple who transitioned together during a marriage that has so far lasted thirty years, bring a similar eye to the ideas of male and female?

“It wasn’t a purposeful decision,” he says. “I just felt lucky enough to meet them and learn about their lives. Knowing how private they were, the fact that they trusted me enough to let me in was a wonderful experience in itself.” "In the few days I was with them, it was obvious there was a way to look at the dialectical approach to gender, or what we think of one or the other" Darrell and Patricia very much unfolds like a story. We are given glimpses into each of their lives from childhood, to meeting each other, to the room they now inhabit. We catch their hands before we see their faces, their fingers echoing each other with similar poses; intimacy implied, folded away for now. It is not until the book’s final pages that we finally see these two people together, soon after a drawing by Goldberg of two hands reaching. They are smiling and entwined. Darrell’s arms are around Patricia’s waist, and Patricia’s arms are around Darrell’s.

“I wanted to make something really sparse, like their room,” says Goldberg. “Something minimal. It’s a small book but it’s a large subject. It’s something in our culture we’re struggling with right now: understanding gender in a more fluid way. It seemed like doing that in a simple, direct way was a good strategy. To not embellish it with sentimentality.”

When Goldberg hand-signs copies of Darrell and Patricia, he writes, “A Love Story,” underneath their names. This is not a mawkish insistence. Rather, it speaks to love’s struggle, the cuts it can cause, the rooms it can insulate, and the transformations it can bring. “Their struggles are hard,” says the photographer. “Their lives are not as simple as a book, and like most of our relationships, there are a lot of complexities to field. Regardless, their love is unwavering and especially remarkable to see in such an uncertain and unforgiving world.”

Signed copies of Darrel and Patricia: A Love Story are available on the Magnum Shop, here.