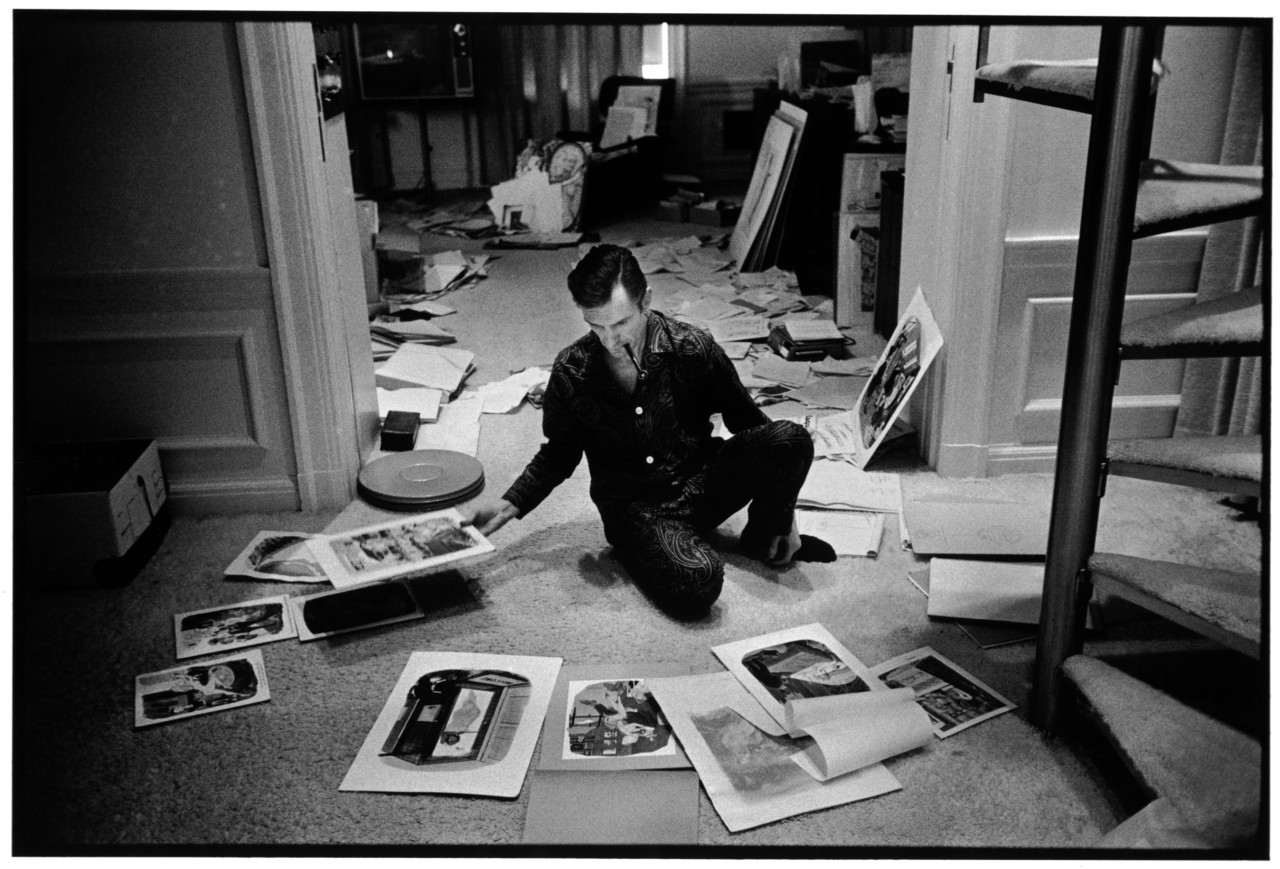 Arguably the most successful magazine editor of all time, Playboy founder Hugh Hefner was the first publisher to create not only a magazine but a lifestyle brand. During the cultural and sexual revolution of the 1960s – possibly the heyday of the magazine – Hefner embodied the lifestyle his magazine proposed at his Chicago, and later Los Angeles, mansions. The magazine fused nude female pictorials with writing from literary heavyweights like the author Vladimir Nabokov, who previewed his 1969 book Ada in the magazine and featured interviews with political figures; Martin Luther King, Malcolm X, Miles Davis and George Lincoln Rockwell, leader of the American Nazi Party, all appeared uncensored in Playboy Interviews.

When looking for a home for Playboy in Chicago, Hefner’s bids for planning to build were hindered by city authorities. But then he heard of a remarkable three-story property at 1340 N. State Parkway, two blocks from Lake Michigan on Chicago’s famed Gold Coast. “It was a magnificent brick-and limestone mansion, surrounded by an imposing wrought-iron fence, built in 1899 by Dr. George Isham – one of whose ancestors had been Abraham Lincoln’s law partner,” wrote Hefner in the now out-of-print book Inside the Playboy Mansion. 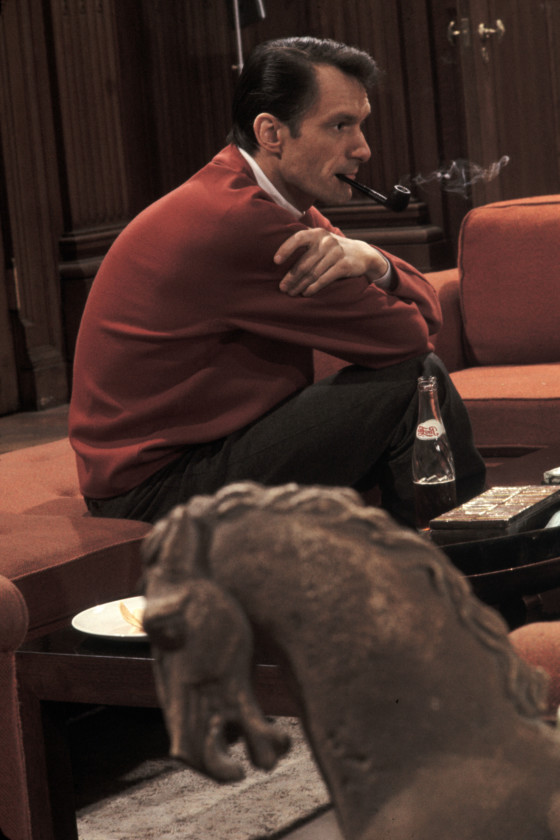 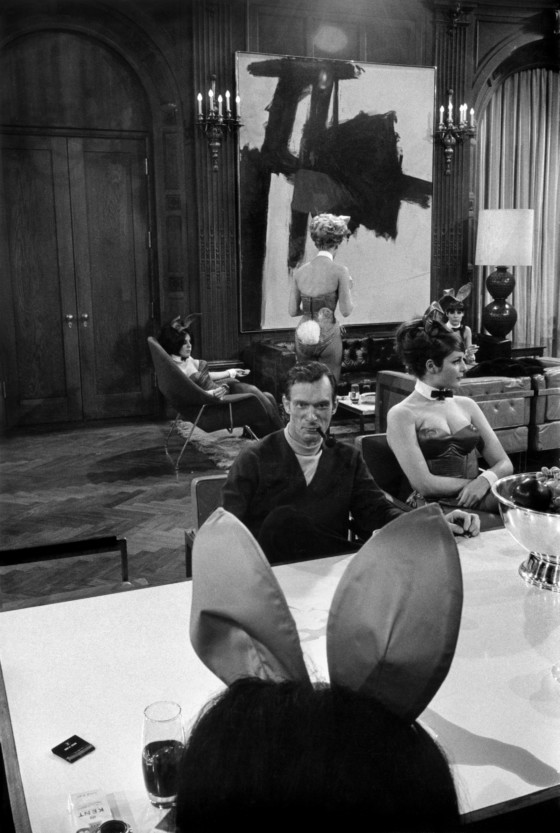 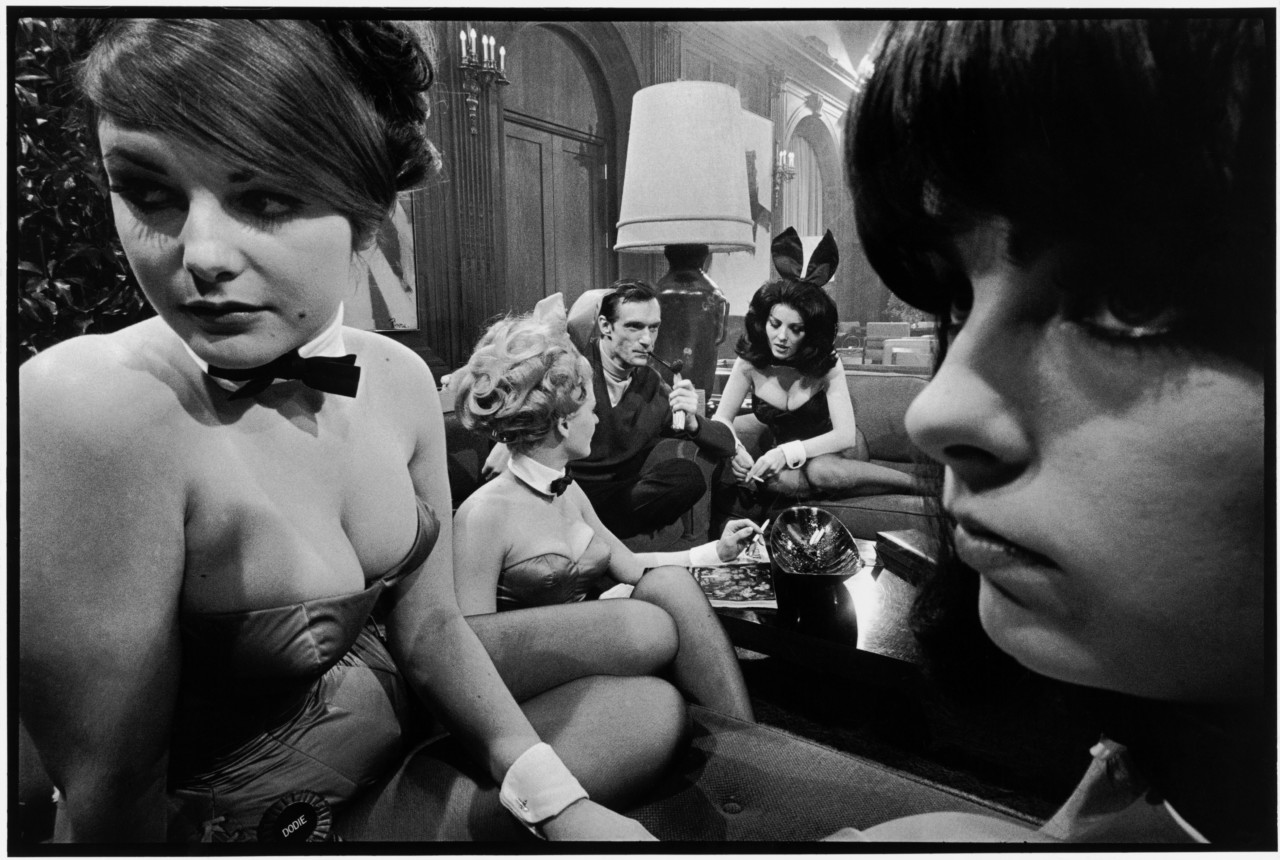 Hefner acquired what was to become the Playboy Mansion in December 1959 – “not simply as a private residence, but as a corporate facility that would become the very center of the Playboy world.” Hefner aspired to foster a salon-culture there, entertaining celebrities, models and cultural figures. Playboy’s Penthouse was a television show first broadcast in 1959, which portrayed a typical party at Hefner’s place, complete with Playboy Playmates and celebrities, who would chat with Hefner and perform. Guests included Ella Fitzgerald, Nat King Cole, Sammy Davis Jr., Nina Simone as well as Lenny Bruce, Cy Coleman, and Buddy Rich. It was one of the few television shows that showed black and white people socializing at a time when much of America was still segregated; many TV stations in the south would not air it.

In 1966, Magnum’s Burt Glinn was sent on a commission by American publication The Saturday Evening Post to photograph a typical evening at Hugh Hefner’s Chicago mansion. 50 years on since the publication of these images, Magnum spoke to Playboy’s archivist Steve Martinez, who has worked at Hefner’s Holmby Hills, Los Angeles mansion – which Hefner bought in 1970 – for 25 years. Here, Martinez tells us some of the stories behind the history captured in Glinn’s images. 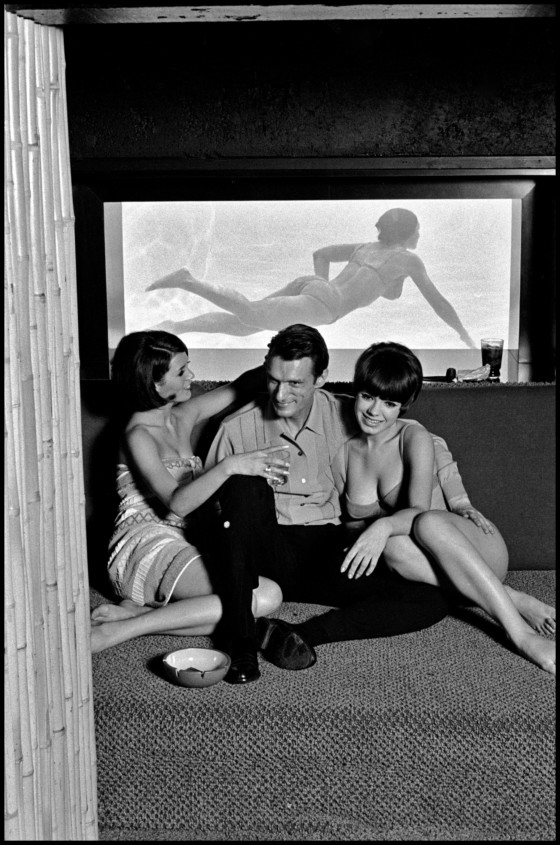 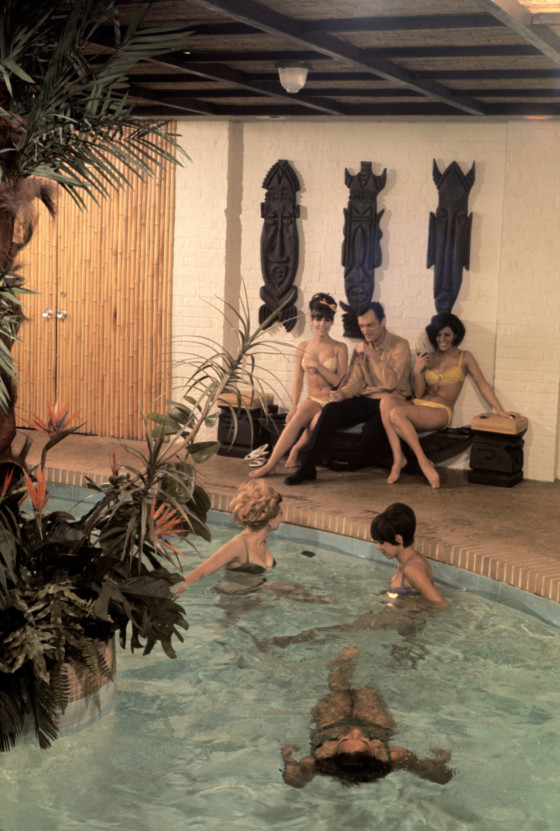 “Hef and Ian Fleming were really good friends – Ian Fleming’s novels first appeared in Playboy Magazine – so there were trap doors in the Chicago mansion inspired by James Bond. There was a painting and you’d push a button and the painting would rise and then there would be the TV set – and back in those days nobody had that. On the floor, there was a trap door and you’d open it and down below you’d see people swimming. Another secret door would open to reveal a fireman’s pole, which you could use to slide all the way down to the bottom floor, towards the pool.” 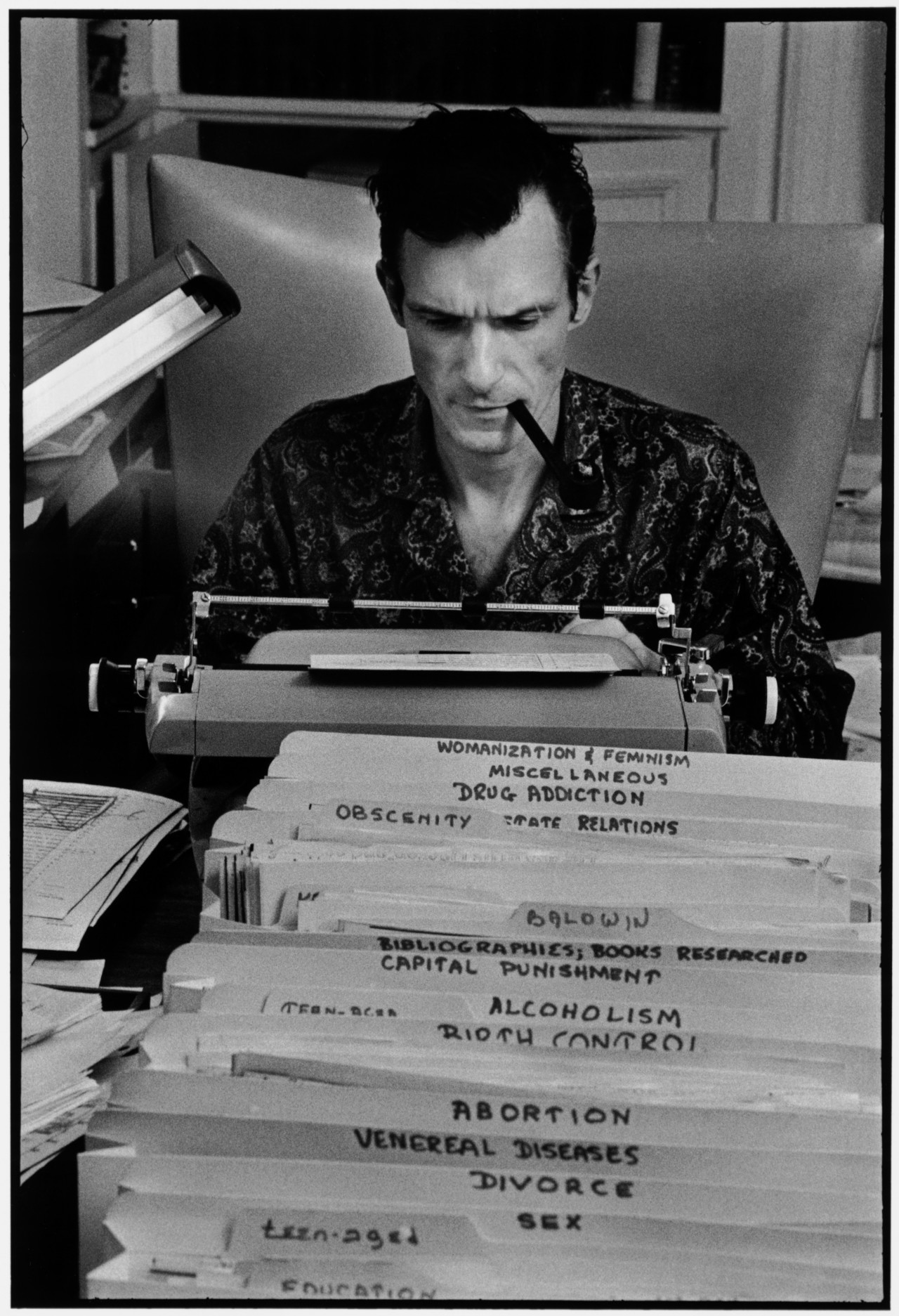 “The photograph of Hef with the files is very important because all of those files in front of him are research material for him to write the Playboy philosophy. There is a people file and there’s a subject file; what’s in front of him is the subject file. Hef wrote the Playboy philosophy himself in 18 different instalments that were published in the magazine, they included ‘Sex and the Church,’ ‘Obscenity and the Law,’ ‘Censorship and Sex’, ‘Religion, Sex and the State’ – because in the United States there’s differences in sex laws in each different state – and there was also ‘Religious Freedom in the United States’.

In his lifetime, Hef tried to make a difference, to work towards a positive change in people’s attitudes and even the law. He tried to argue that sex is healthy and should not be punishable. He also backed Roe v. Wade to give women the right to choose. During this period, he met with ministers, and also Jewish rabbis, protestants and clergymen and they all had a discussion regarding religion, sexuality and ethics, and he then wrote about that in the Playboy philosophy.” 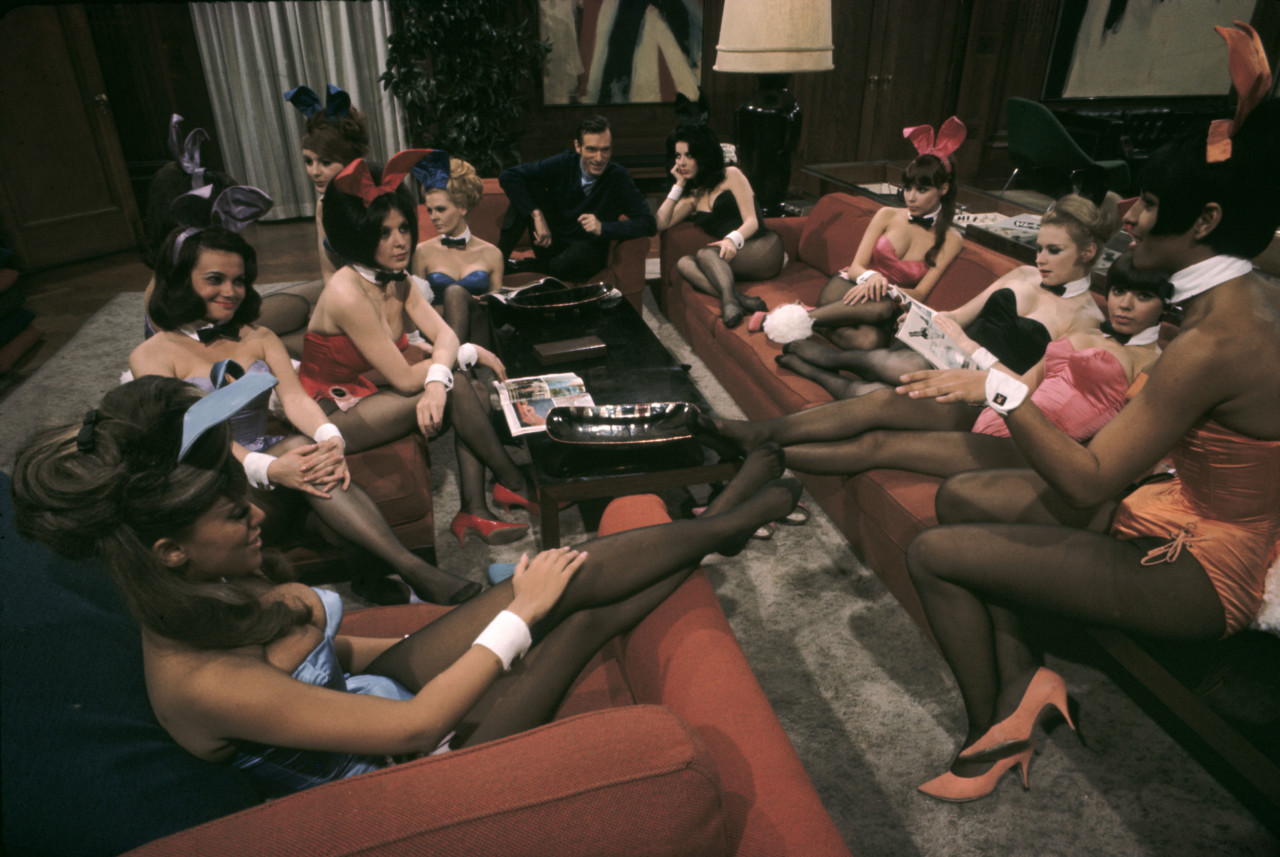 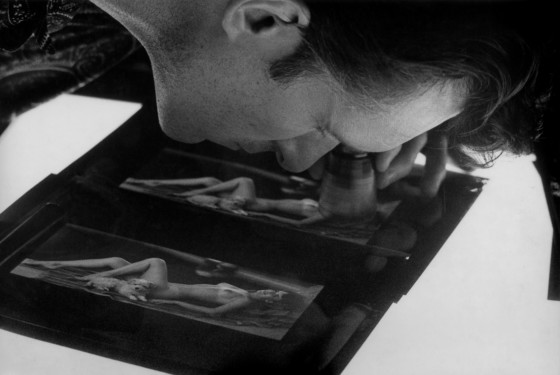 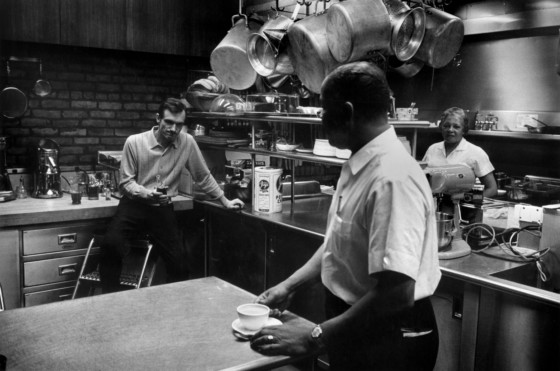 Working from the Mansion

That round bed is also James Bond-inspired: it rotates, so if he’s working he’ll rotate it to a certain place, then if he’s romantically with a person, he can rotate it and it can face the fireplace, then if he wants to watch a movie, he could rotate it to the other side of the room and there would be a screen and a projector. Also, in that round bed, there is a slot where a cabinet will open with supplies, and in the middle there is a black cushion panel that folds open to reveal cup holders and something to place his dinner on so that he can eat his dinner while he is working.”

Hugh Hefner abandoned the Chicago mansion in the 1970s. The building is now luxury apartments. 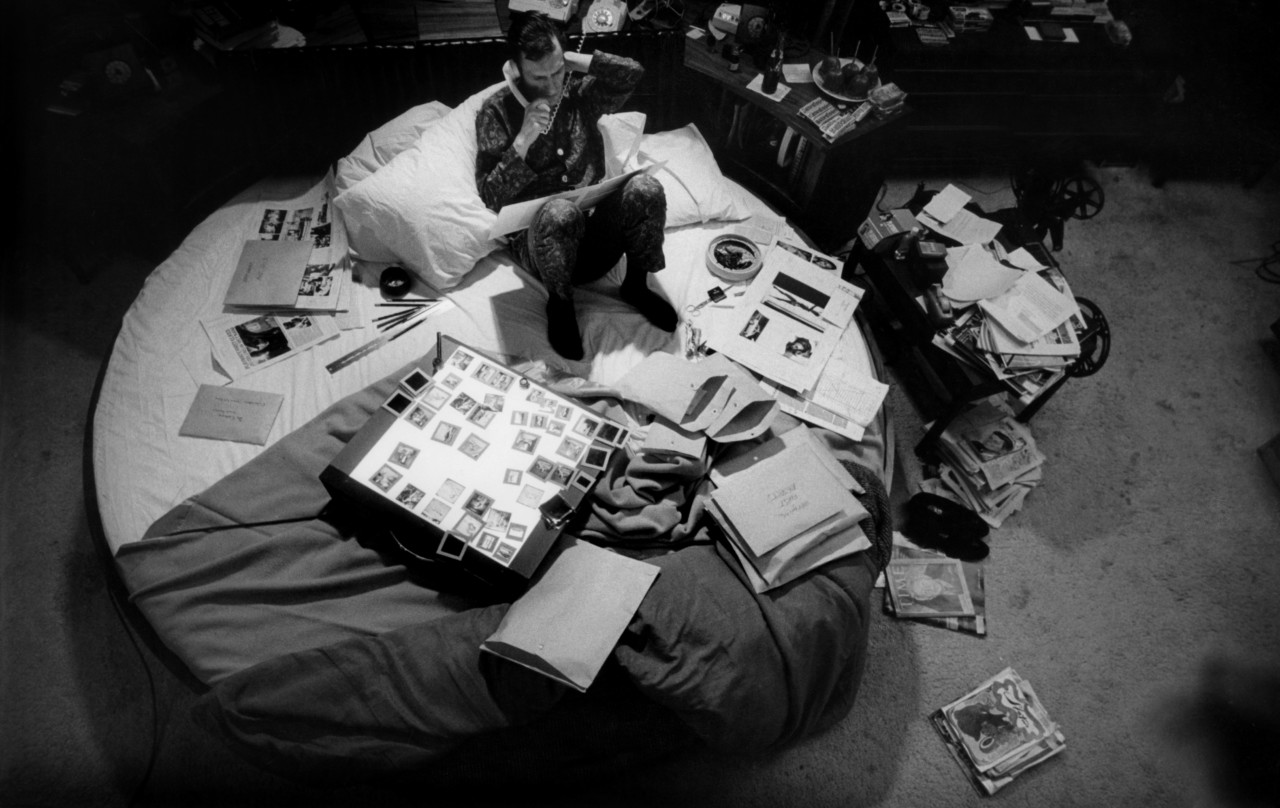