French Photographer William Keo joined Magnum as a nominee in 2021. Here, he shares his photography and route to joining the agency. 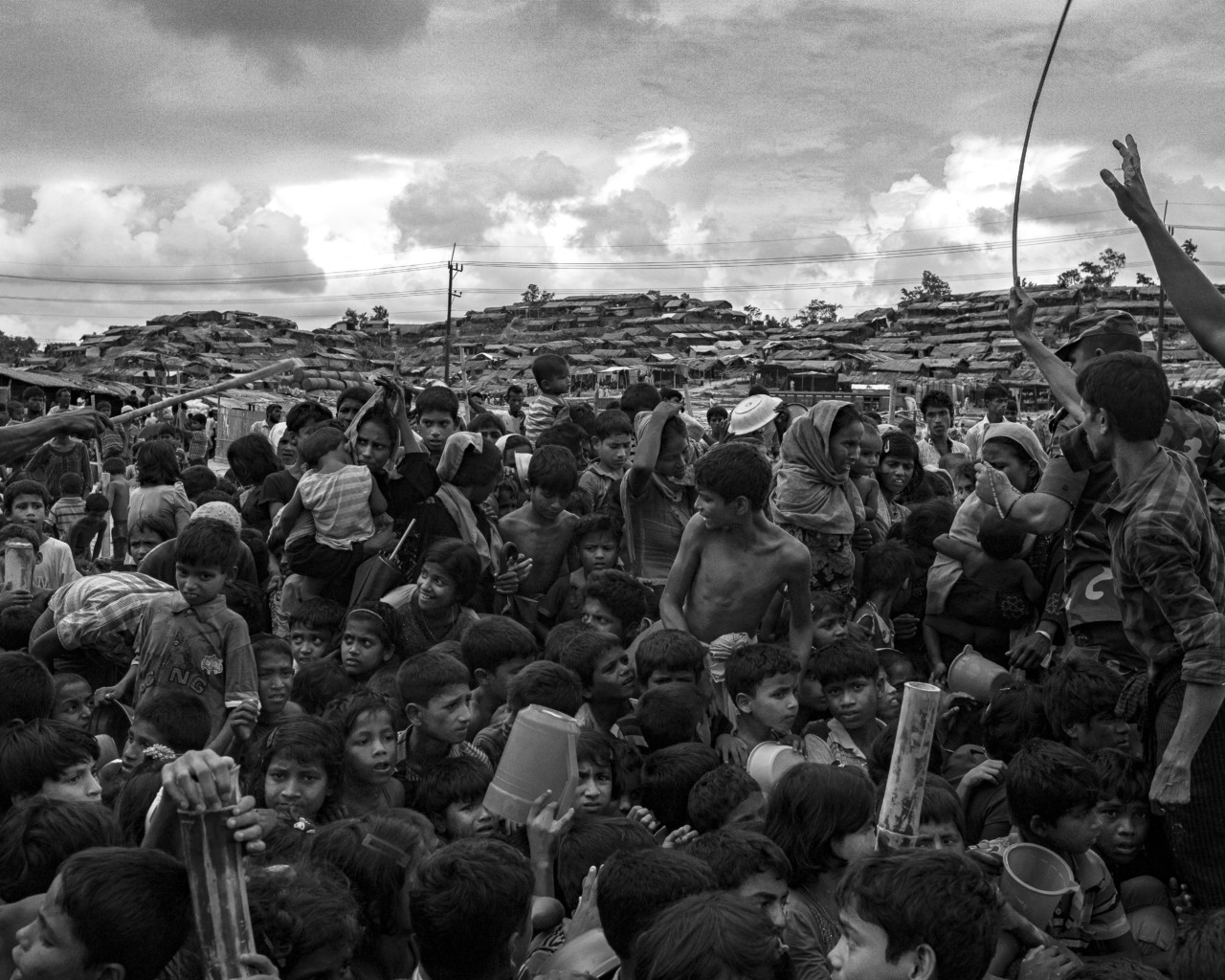 William Keo Soldiers aided by several Rohingyas try to control the distribution and try to get the crowd to sit down to calm tensions. Cox's Bazar. Bangladesh. 2017. © William Keo | Magnum Photos

William Keo joined Magnum photos as a nominee in September 2021. The Paris-based French-Cambodian photographer’s work covers themes of migration, social exclusion and inter-community intolerance. William has, since 2016, covered the Syrian refugee crisis and the fall of the Islamic State, the 2018 civil war in Ukraine, the ongoing conflict in Darfur and Bangladesh as the Rohingya humanitarian crisis was unfolding. Closer to home, in France, his project Lost Paradise shares the stories of those who have migrated to the country seeking to make it their home and uncovered the complexities and hardships of doing so. 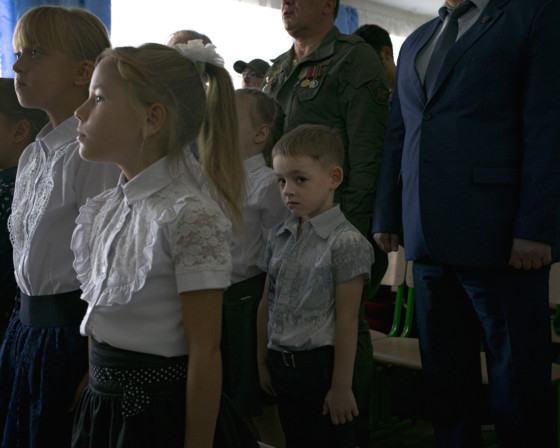 He says that each assignment develops both his understanding of the world and of the meaning of the photos that he takes. “When I was younger, I thought the world was polarised,” he explains. “But through visiting so many regions of conflict and crisis, and speaking to people, I have come to see not everything is black and white. It’s all a shade of gray.”

“I started photographing young,” says William. “Just, like everyone, taking photos of flowers and stuff. I wasn’t a good student at school, and found that photography was a good way for me to tell stories. It was perfect for me. I found it simple.” Travelling to regions of conflict and crisis, and documenting what he saw made William question his motivations  for taking the photos that he did. “When I first started to travel for photography I thought that everything was an adventure, but I soon realised that it wasn’t. The world was more complicated than I thought. Everywhere I go, I learn a little more. There is no absolute truth.” 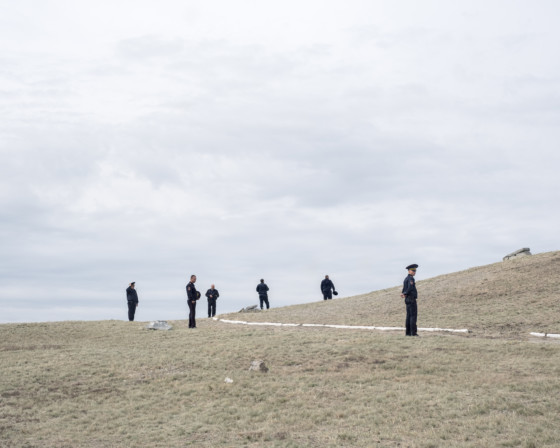 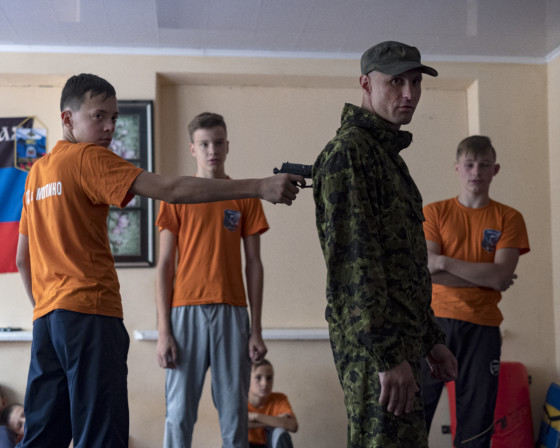 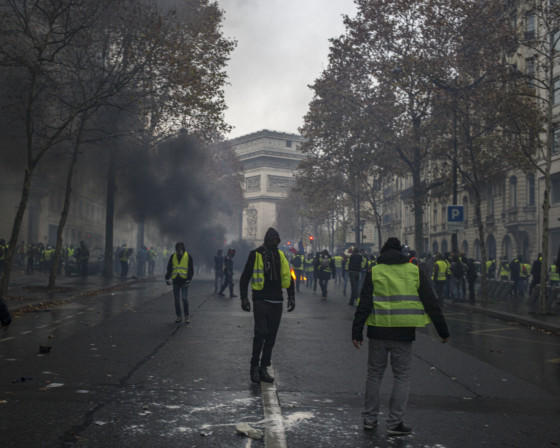 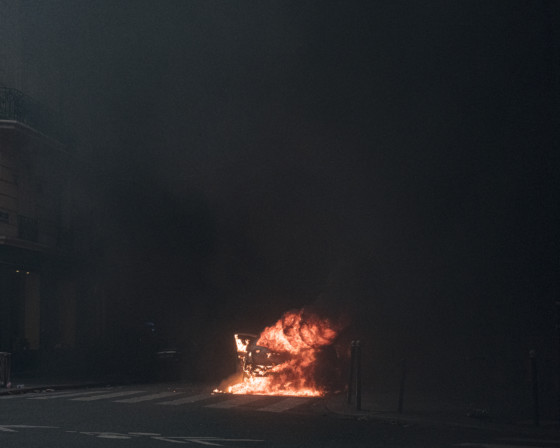 "When I first started to travel for photography I thought that everything was an adventure, but I soon realised that it wasn’t. The world was more complicated than I thought. Everywhere I go, I learn a little more. There is no absolute truth." 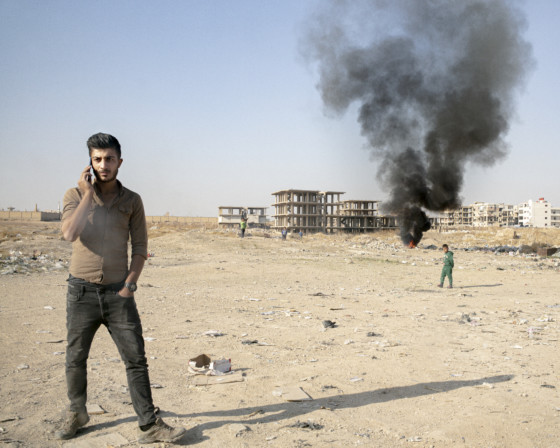 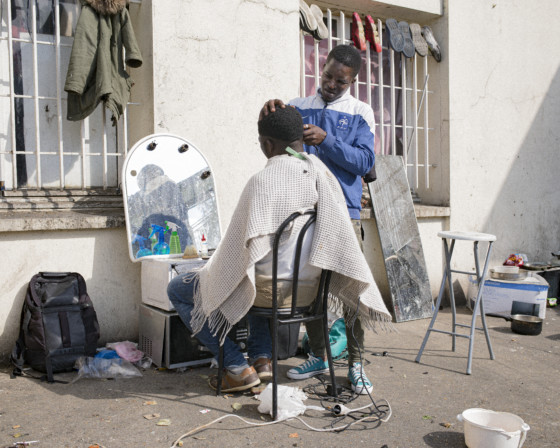 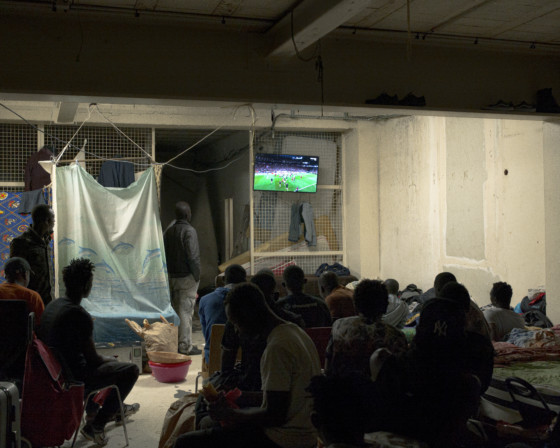 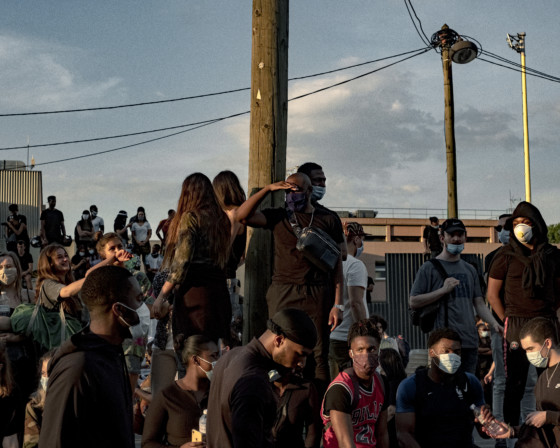 William Keo Demonstrators against racism and police violence. Paris, France. June 2, 2020. "After Assa Traoré's call for a rally, 15,000 people demonstrated against police violence in front of the Justice Cour (...)
t today. The death of Assa's brother, Adama, is reminiscent of the death of George Floyd, whose death outraged the United States." © William Keo | Magnum Photos

Starting out working for NGOs provided an opportunity to help tell the stories that were going unheard and unseen. When embedded with an NGO, however, William quickly found limitations to the approach to and nature of the work he was doing. “I was, I suppose, a humanitarian photographer,” he explains. “In doing that work we were only telling one story, the one the NGO needed to tell. It was not my truth. It wasn’t always what I was seeing.” There were a couple of instances where William tried to expand the narrative and tell other stories. “In Bangladesh, while on assignment, we were stationed at the border watching people arrive. I wanted to find out what was happening at the point of departure, and a fisherman agreed to take me across the water. The NGO said no.”

After encountering similar instances in Lebanon and Darfur- William made a conscious decision. “I wasn’t comms,” he says. “I wanted to show the complexity of the world and situations I was in. This is challenging. Idealistically, I would always side with the opinion of the population. But now, I try to show both sides to a story, even if I don’t agree with it.” 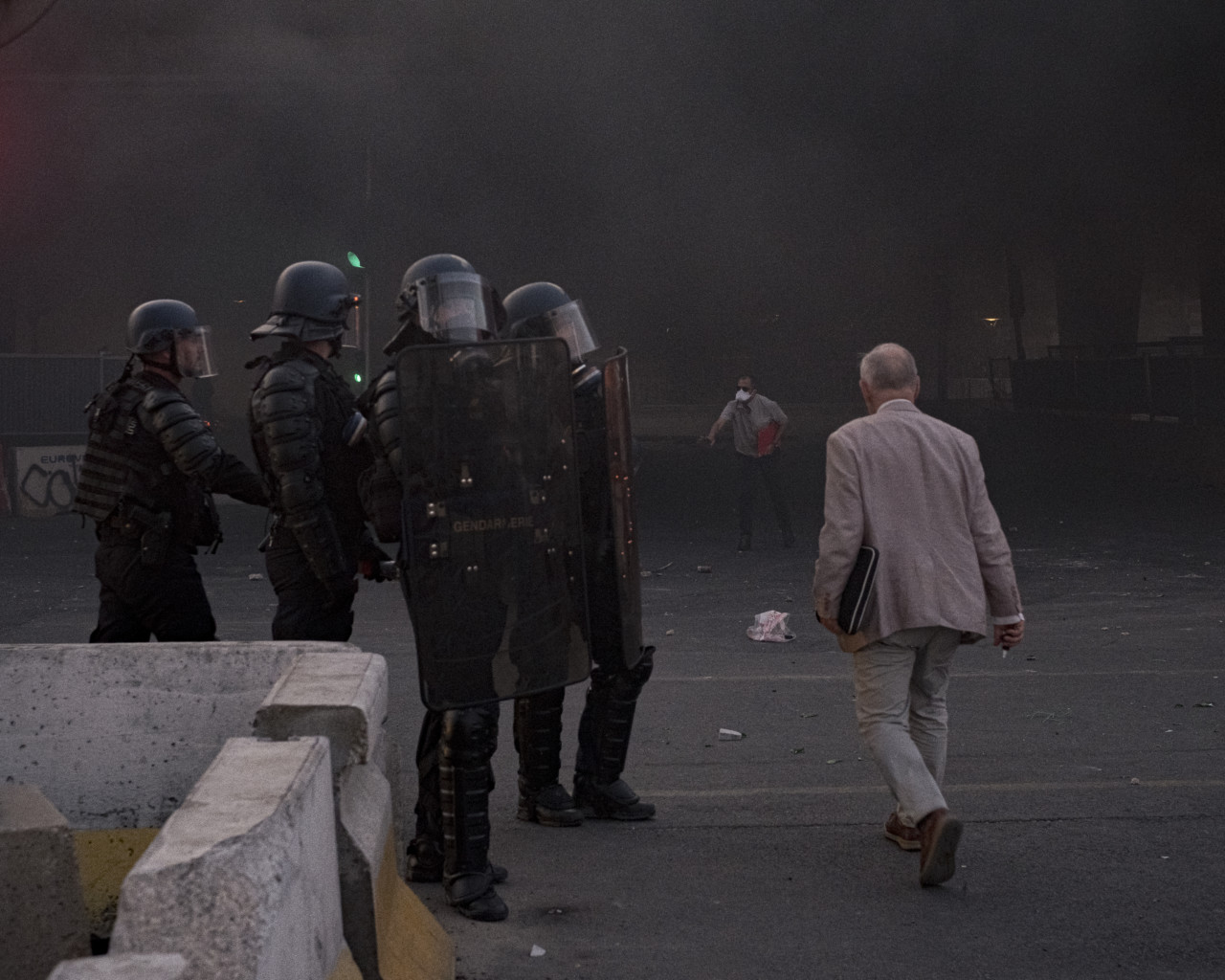 William Keo A man walks past police officers to get home. Paris, France. June 2, 2020. After Assa Traoré's call for a rally, 15,000 people demonstrated against police violence in front of the Justice Court tod (...)
ay. The death of Assa's brother, Adama, is reminiscent of the death of George Floyd, whose death outraged the United States. © William Keo | Magnum Photos 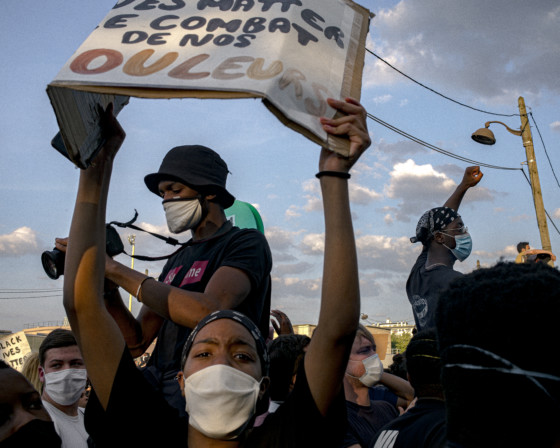 William Keo Demonstrators against racism and police violence. Paris, France. June 2, 2020. "After Assa Traoré's call for a rally, 15,000 people demonstrated against police violence in front of the Justice (...)
Court today. The death of Assa's brother, Adama, is reminiscent of the death of George Floyd, whose death outraged the United States." © William Keo | Magnum Photos 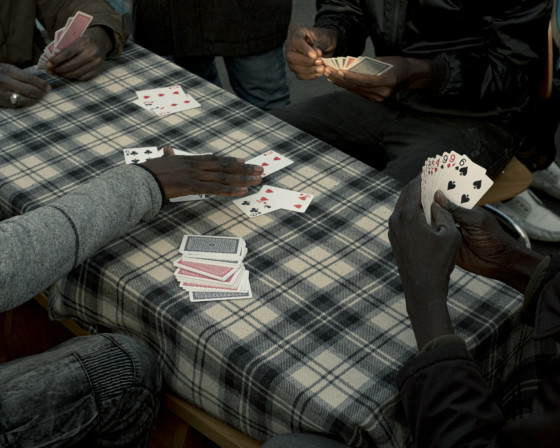 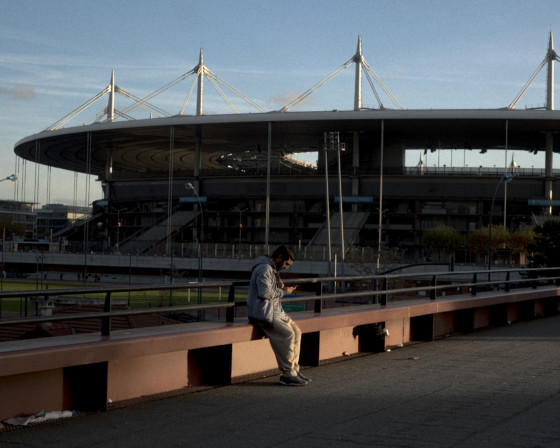 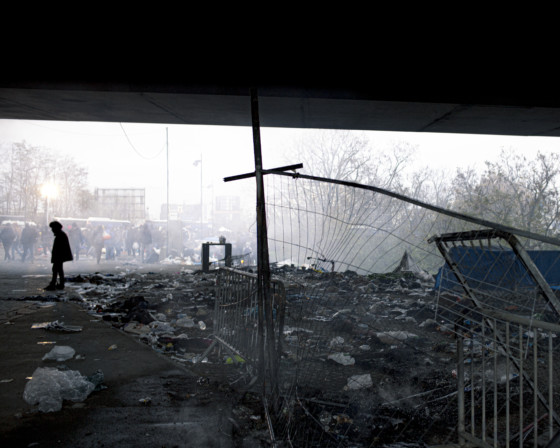 This tension is apparent in William’s ongoing work in Syria, where after the fall of the Islamic State he has been photographing the country and its people through a violent and chaotic period. The series Uncivil War centres on Northeast or Syrian Kurdistan, and although William sympathised with those opposed to the Assad regime, he actively sought out alternative positions. “My job is not to have an opinion. Anyhow, when working in the field, it’s almost impossible to find out what is actually true while you are there. You have to work fast. When I am in Syria, the supporters of Assad say ‘We want him to maintain power, otherwise it will be the end of our country.’ And you have to listen. The story will never be complete or definite.”

Throughout William’s work the connection to people is apparent – it’s rooted in his personal story. The photographer’s parents arrived in France after migrating from Cambodia in the late 1970s. ”My parents fled from the Khmer Rouge to the Thai border, to refugee camps where they stayed for a few years,” he explains.  “Several countries offered asylum to Cambodian refugees. It was at this time that my parents and parts of my family moved to the USSR, the United States, Australia, Germany (in East Berlin) and France.” Their lives have held a strong influence over the way William sees and documents the world. “I often think of the saying ‘You die twice. Once when you die, and once when you are forgotten.’ When my parents fled the genocide in Cambodia, nothing had been documented. So much has been lost and forgotten. People don’t talk about genocide enough. I photograph so that we don’t forget,” he says. “I take photos of the people about whom no-one seems to care. This is where I feel a connection.”

He has just returned from Calais where migrants hoping to reach the UK depart on a dangerous journey across the English Channel and the coming months will see William travel to Iraq. He is also embarking on a personal project to document his home on the outskirts of Paris. “I live in the banlieues, and I think the perception of them is one of the biggest myths in France.” He will be joining and shooting the public services, groups and activities that go on in his neighbourhood, bringing the sense of community, diversity and complexity to the fore – taking the photos of people about whom no-one seems to care. About the future, William is pragmatic and modest: “I am young. I have young work. My vision is not complete. I learn more every day.” 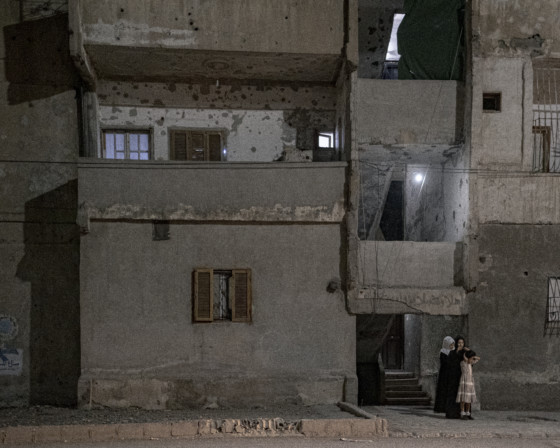 William Keo Streets of Raqqa, where electricity has returned after heavy fighting between Kurdish forces and Islamic State jihadists. According to the UN, 80% of the city's infrastructure has been destroyed. R (...)
aqqa, Syria. 2021. © William Keo | Magnum Photos 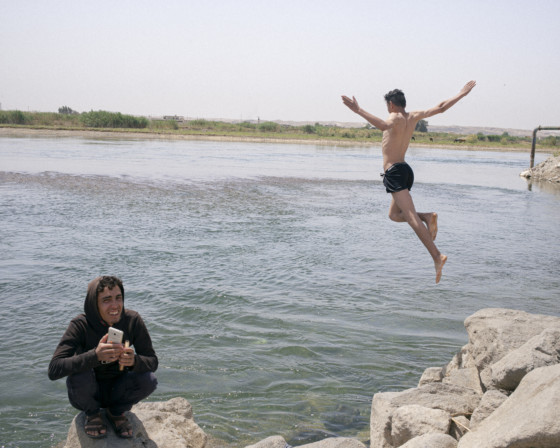 William Keo Abdulahman, 14 years old, is having fun with his friends near the banks of the Euphrates River by diving into it. Raqqa, Syria. May 2021. © William Keo | Magnum Photos 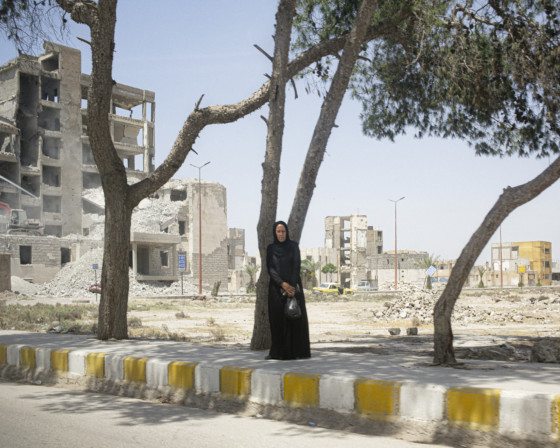 William Keo On the streets of Raqqa, the former capital of the Islamic State organization in Syria, a woman waits for a cab on the side of the road. Raqqa, Syria. May 2021. © William Keo | Magnum Photos 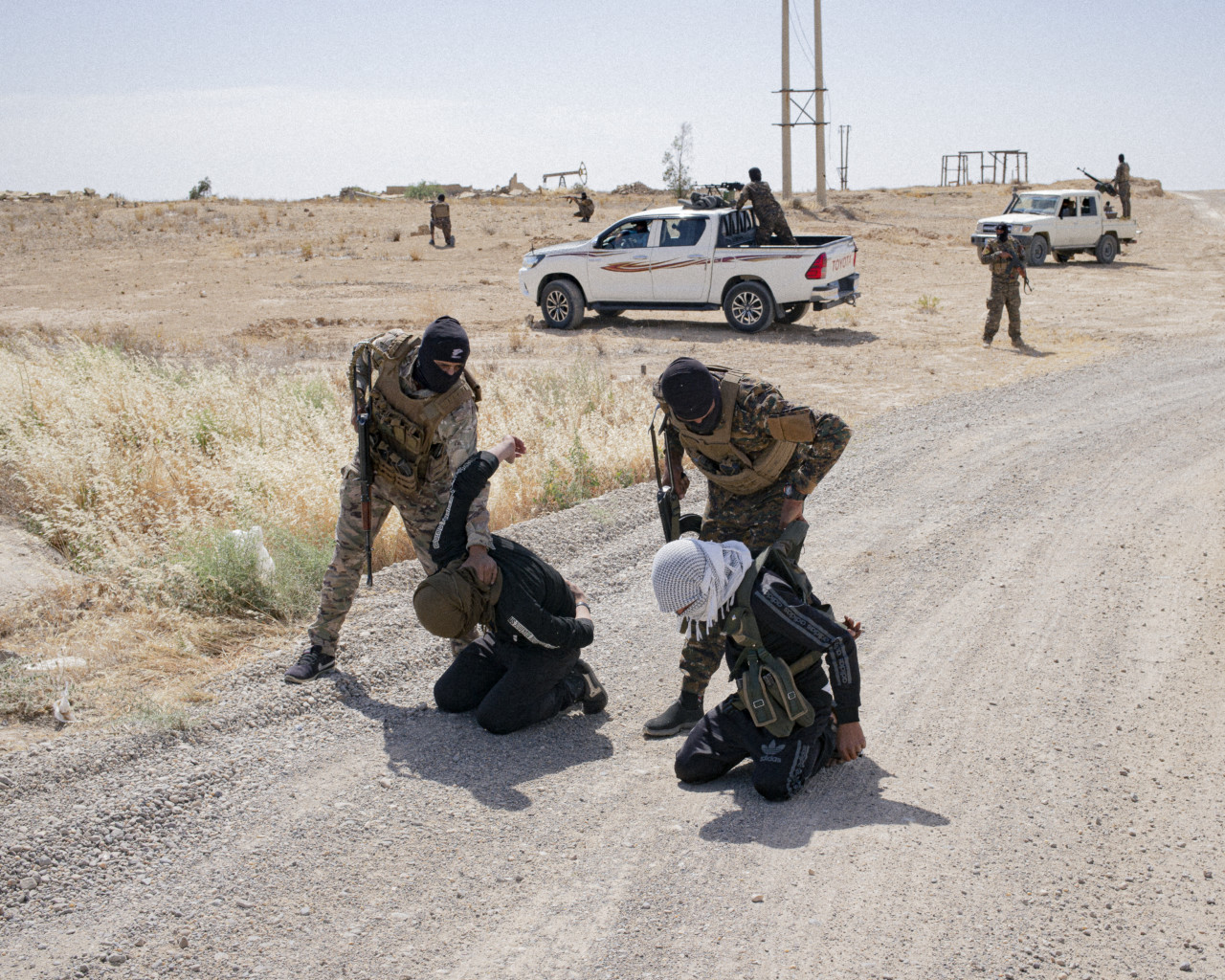 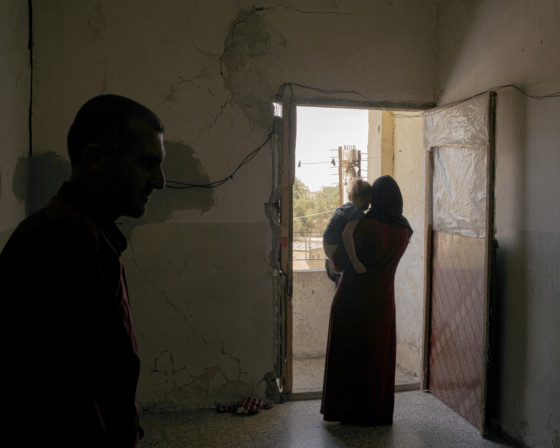 William Keo Ransa and her daughter Rawla live in an apartment in Raqqa where there is very little water and frequent power cuts. Raqqa, Syria. May 2021. © William Keo | Magnum Photos 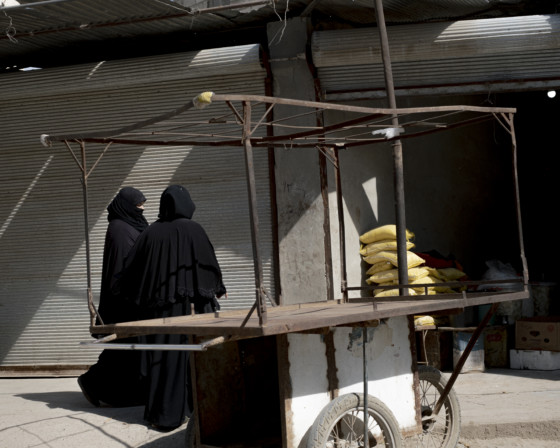