As NASA marks its 60th birthday, we revisit René Burri’s 70s photographs that capture the decaying shells of the launchers that sent man to the moon 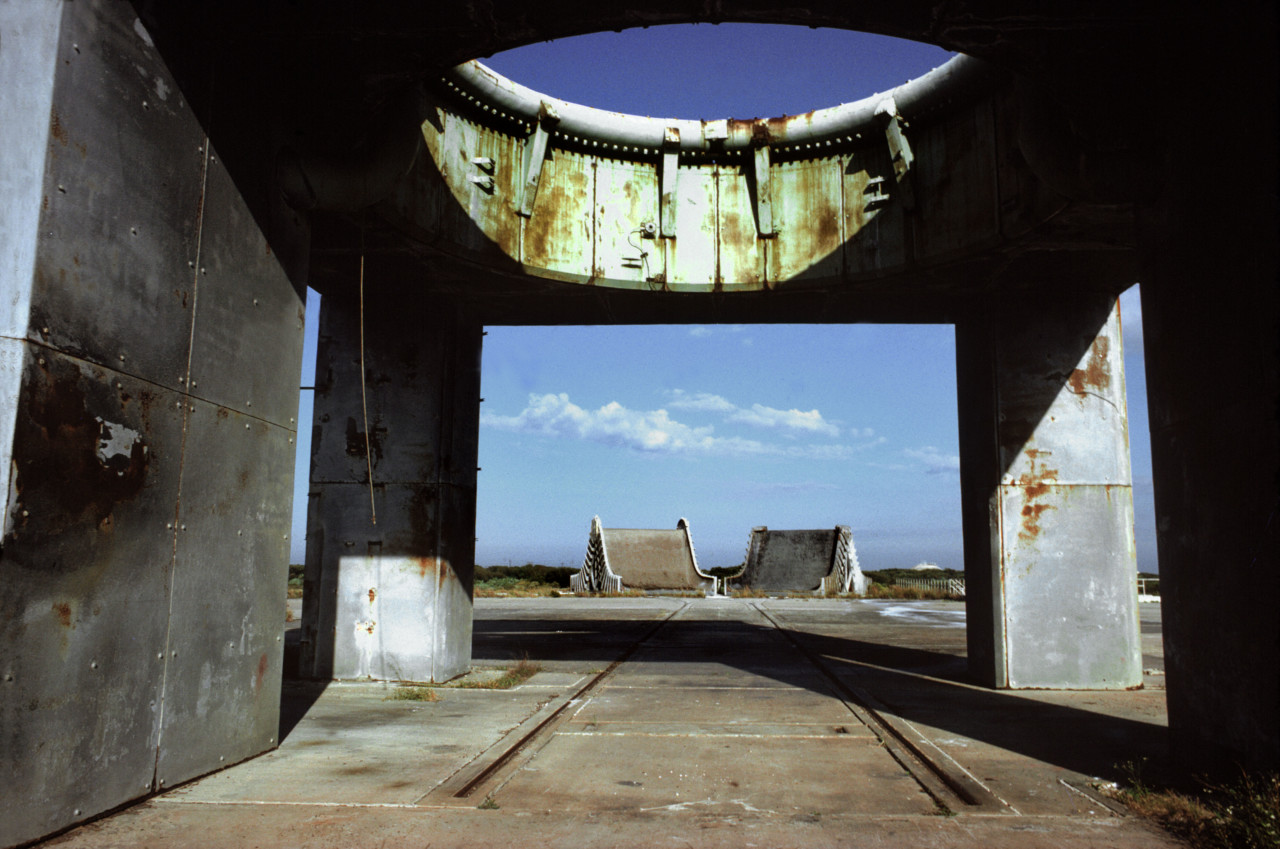 On July 29th 1958 president Dwight D. Eisenhower signed the National Aeronautics and Space Act into law, in doing so created NASA. The body’s remit was to “plan, direct, and conduct aeronautical and space activities”; to do so involving the nation’s scientific community; and to disseminate information about their efforts. The Act remains the core statement governing the United States’ civil space exploration activities.

Cape Canaveral, located on Merritt Island, Florida, was first used as a military missile testing facility. It was chosen as a NASA launch site because its southerly location allowed rockets to take advantage of the Earth’s rotation. The first rocket ever to take off from Cape Canaveral – a V-2 type named Bumper 8 – was launched on July 24, 1950, and on February 6, 1959, the first successful test firing of a Titan intercontinental ballistic missile was accomplished. NASA’s major projects – Mercury and Gemini space flights – were launched from Cape Canaveral, as were Apollo flights using the Saturn I and Saturn IB rockets.

Only some 20 years after their initial use, many of the early NASA rocket launchers and the associated infrastructure sat decaying. In 1978 René Burri visited the Kennedy Space Center at Cape Canaveral, 63 miles from Orlando, Florida, set in the swampy landscape of 5600 hectares of a natural game reserve, home to brown pelicans, sea eagles, and 4,000 alligators.

Burri, whose eye for architecture has drawn him to photograph such American landmarks as the Richard Meier-designed Getty Musueum which sprawls across the hills of Santa Monica, Los Angeles; post-modern homes in Arizona, designed by Paolo Soleri; the curving East Hampton RoundHouse by Jack Lenor Larsen; and the faux monuments of Las Vegas, photographed the husks of space travel’s golden age with the same cinematic sense of scale and drama. 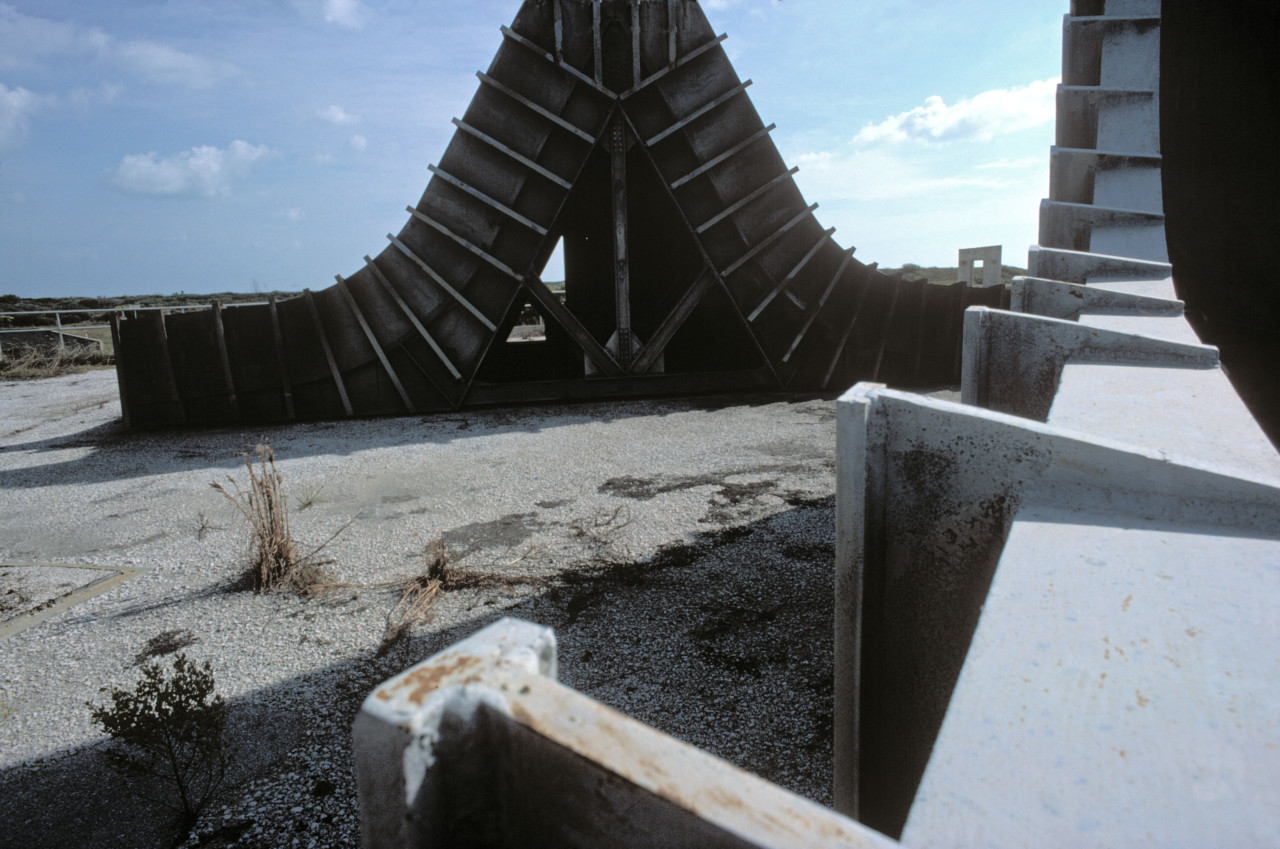 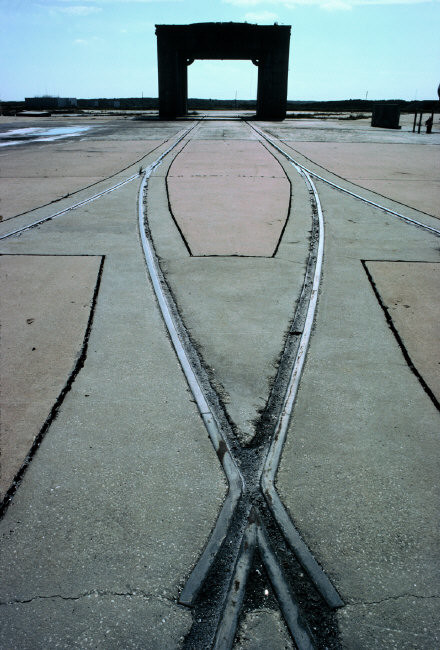 Looming over the site was the vast launching platform for the Saturn V rockets, used in the Apollo program, which stood 111 meters high and had at one time incorporated 624 different control systems. All that remained were ruins of rusted and broken steel, crumbling bunkers, and inscriptions stating, “Building not in use”.

One exception in this space graveyard, was ‘Complexes 5 and 6’, a United States Air Force zone at the tip of the peninsula which was still in use as a rocket launching and testing site.

It was from Cape Canaveral’s platform 39A, that Astronauts Neil Armstrong, Buzz Aldrin and Michael Collins departed planet earth on 16 July 1969. Four days later Armstrong became the first man to walk on the Moon, where he spoke the famous words: “That’s one small step for man, one giant leap for mankind.” 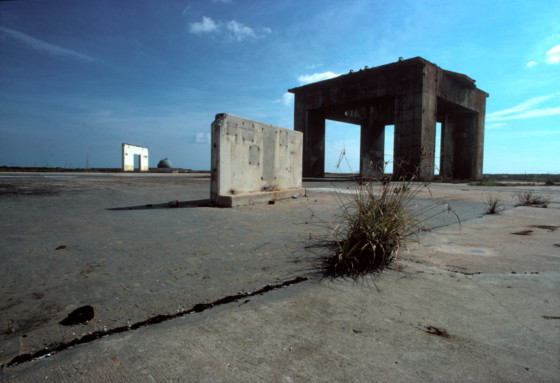 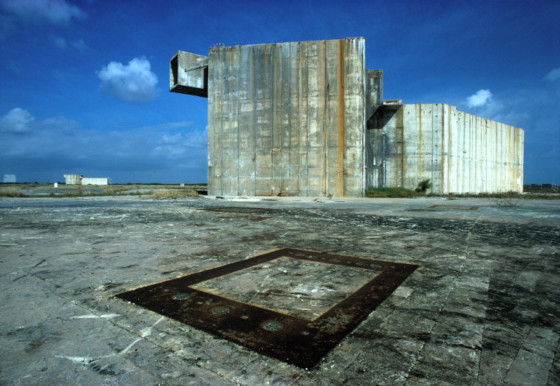 "Armstrong, sitting in the commander’s seat, spacesuit on, helmet on, plugged into electrical and environmental umbilicals"

Of this feat, American author Norman Mailer wrote: “Armstrong, sitting in the commander’s seat, spacesuit on, helmet on, plugged into electrical and environmental umbilicals, is the man who is not only a machine himself in the links of these networks, but is also a man sitting in (what Collins is later to call) a ‘mini-cathedral.’ A man somewhat more than a pilot, somewhat more than a super pilot, is in fact a veritable high priest of the forces of society and scientific history concentrated in that mini cathedral, a general of the church of the forces of technology.” – A Fire on the Moon (1970). Today, there are about 700 facilities grouped across the center’s 144,000 acres. Among them are the 525 ft. tall vehicle assembly building for stacking NASA’s largest rockets, the operations and checkout building which houses the astronaut crew quarters, and a 3-mile-long shuttle landing facility. There is also a museum open to the public.

As NASA continues to make way for new projects, many of the launchers from that first frontier of American space exploration have been destroyed or replaced. In July 2018, two Delta II launch towers, which helped NASA launch high-profile space exploration missions, and were the oldest remaining launch-pad structures, were demolished after 62 years of service. Burri’s photographs remain as a document of a time between the early days of space travel and its modern iteration. 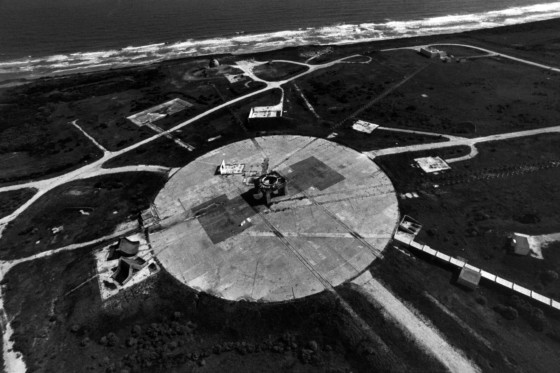 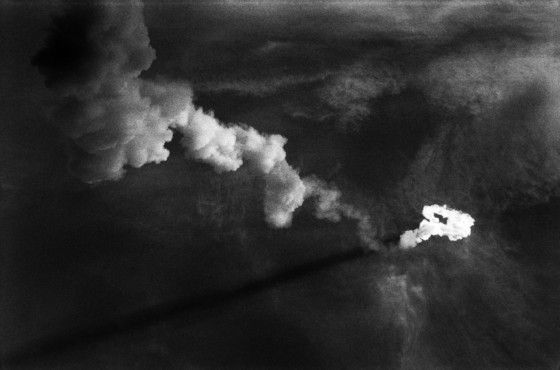