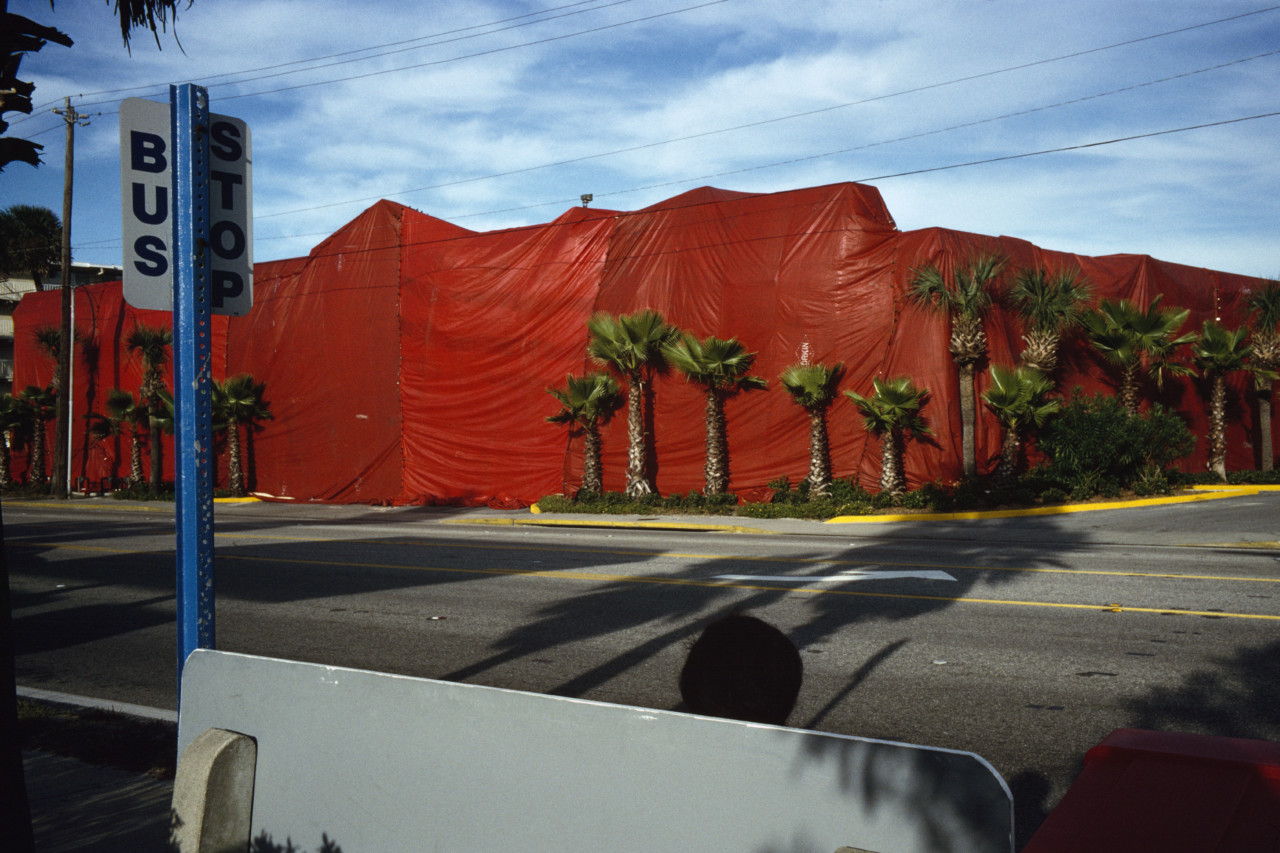 Since the publication of his books American Color and American Color 2, the work of Constantine Manos has become known for its expressive use of bold colors, as he captures scenes in his native United States where composition and color combine to striking effect. One of the best known examples of his characteristic style is the image taken in Daytona Beach, Florida. Wrapped in sheets of plastic, transformed into a massive red sculpture, a mysterious architectural shape appears to overtake the edges of the land. A few trees create overlapping shadows in the dry heat of the road, while an anonymous figure sits on a bench. This cinematic view recalls Constantine Manos’ words: “By choosing a precise intersection between subject and time, the photographer may transform the ordinary into the extraordinary and the real into the surreal.”

As part of Magnum’s series Behind The Image, where photographers discuss the untold stories that lie behind some of their most famous works, Manos talks about the moment he took this shot.

Someone is waiting for a bus across the street from a structure wrapped in a red tarpaulin.

The image was made in Daytona Beach, Florida. It was made with my trusty Leica loaded with Kodachrome film.

Bike Week was happening throughout the town, with thousands of motorcyclists driving madly around on their Harleys.

Probably photographing something more active, like bikers. However, I was drawn to this quiet and strange situation.

It is a somewhat spooky/mysterious picture. If I tell you what was happening with the structure across the street the picture will lose its mystery. Sorry.