As his buildings become UNESCO World Heritage sites, we present an intimate portrait of the architect at his Parisian home by René Burri 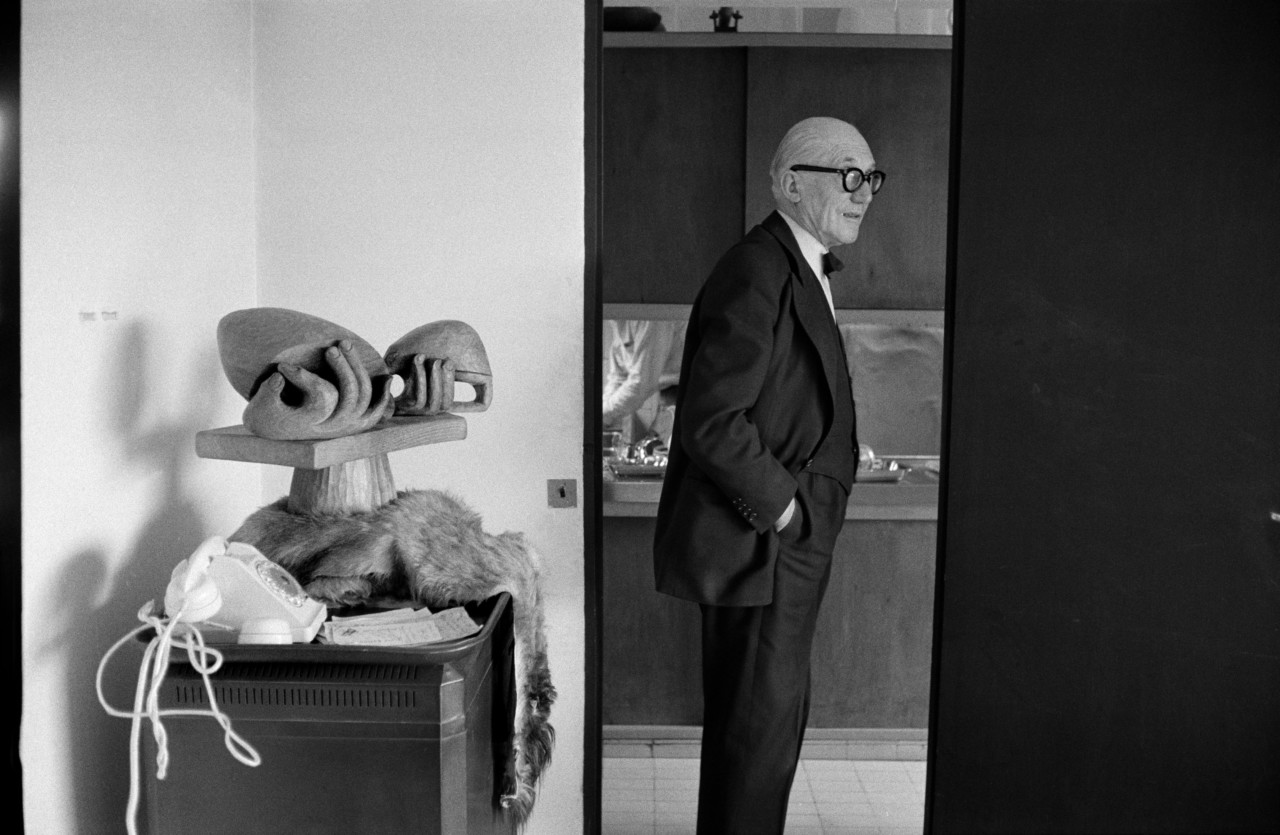 17
René Burri Le Corbusier in his apartment at 24, rue Nungesser-et-Coli, Paris, standing by the entrance to the kitchen, next to the sculpture "Les mains", which he created in 1956 with Joseph Savina. Photograp (...)
hed in 1959. © René Burri | Magnum Photos 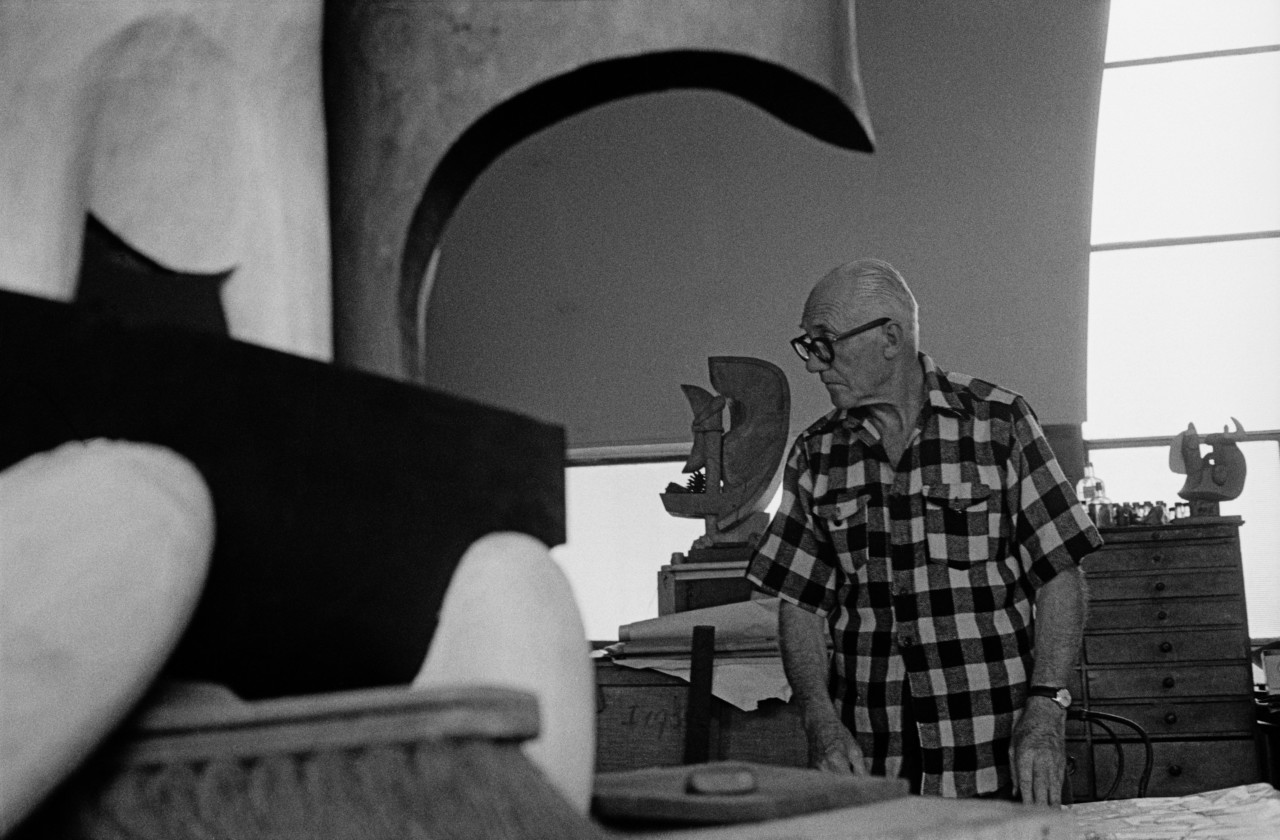 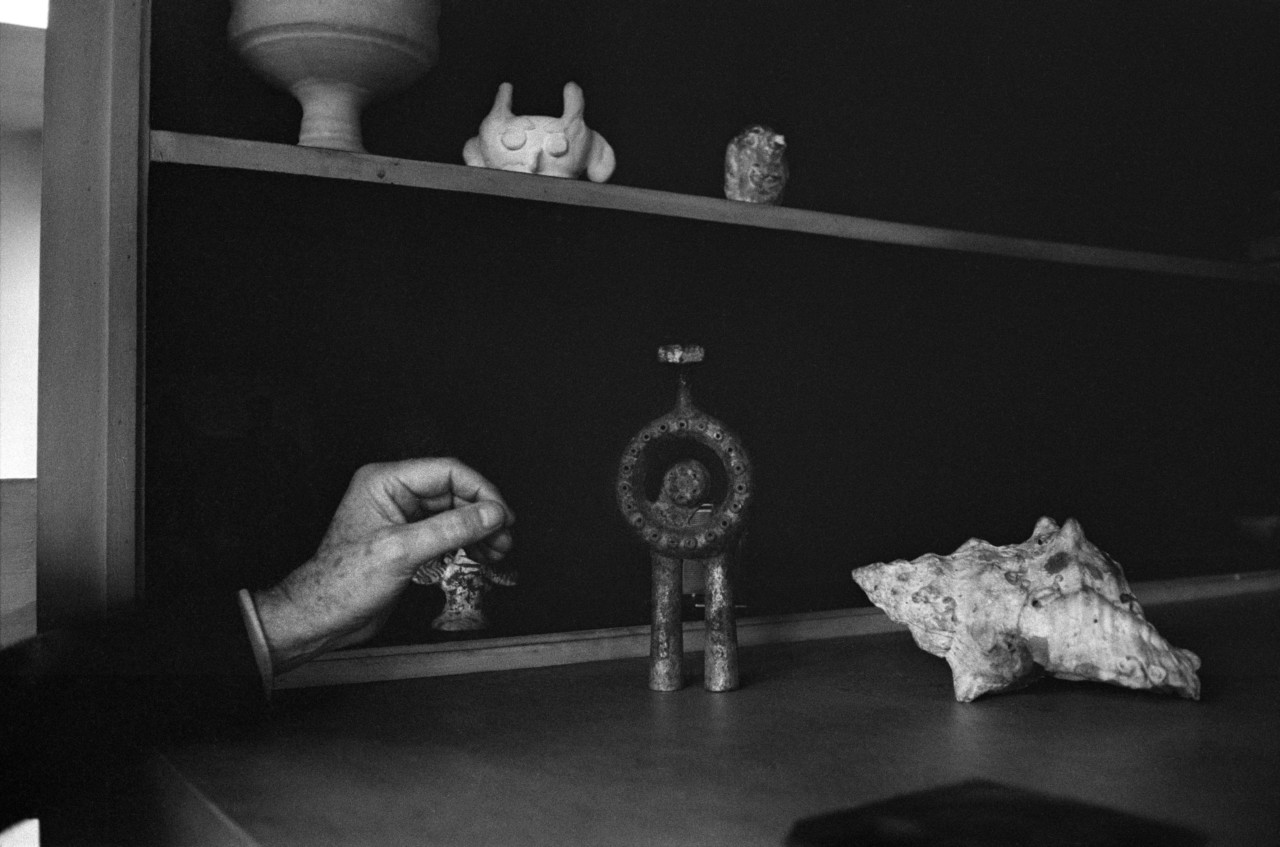 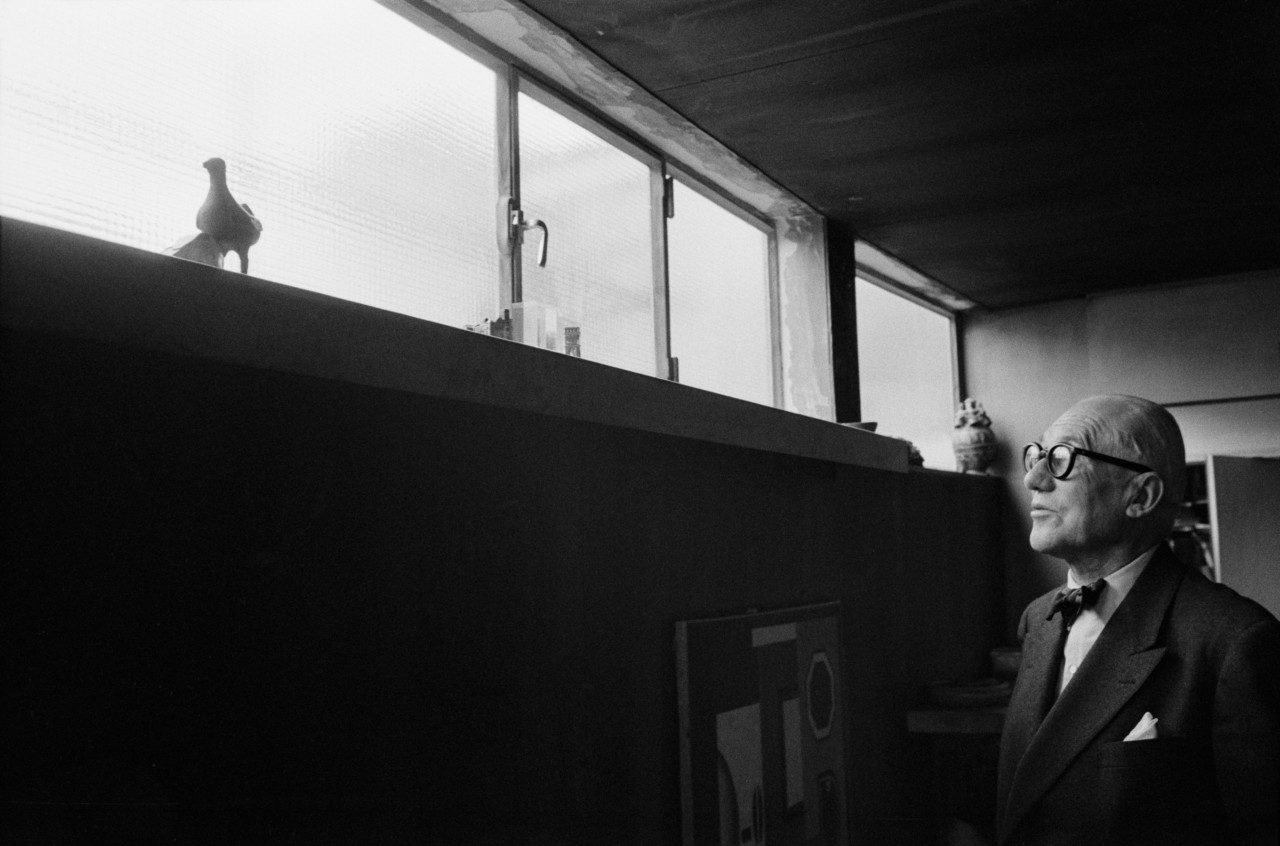 17
René Burri 24, rue Nungesser-et-Coli: the private apartment built and designed by Le Corbusier himself for his own use. © René Burri | Magnum Photos 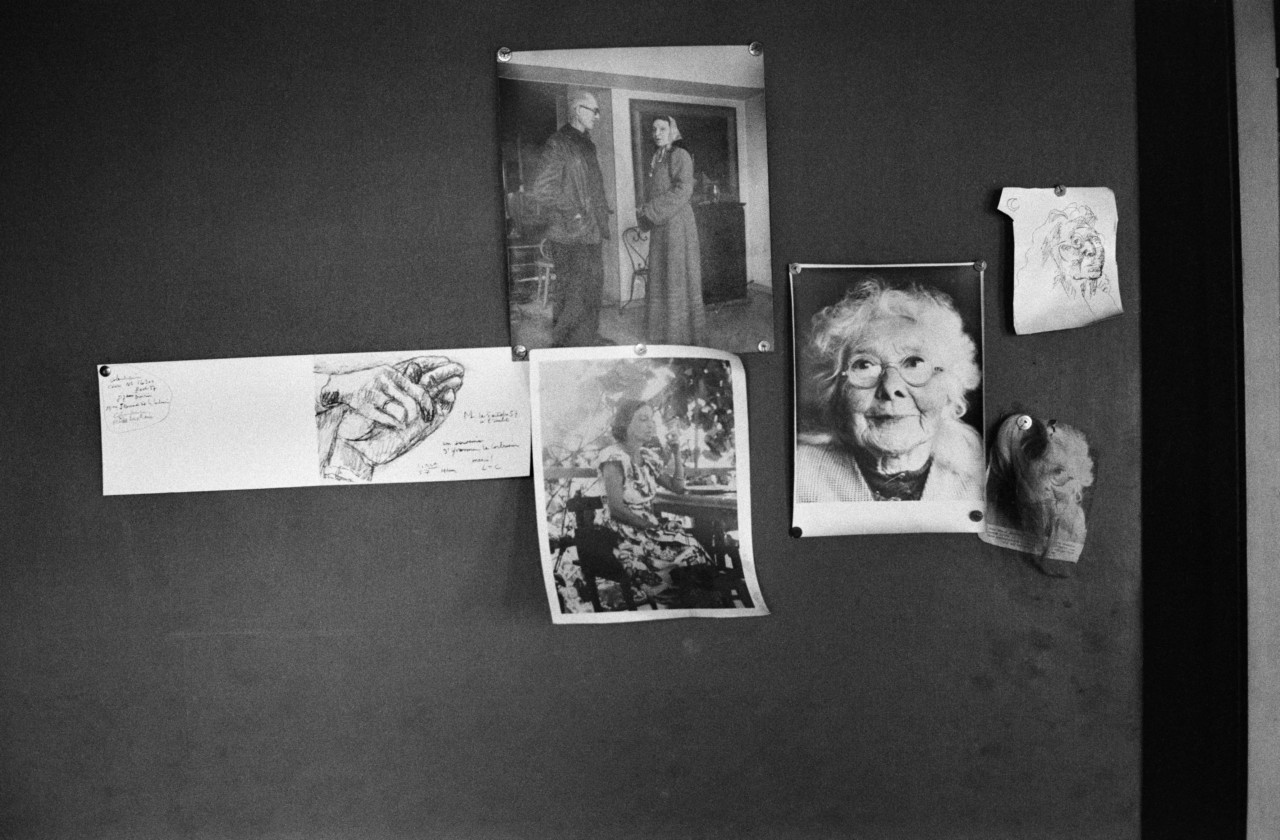 17
René Burri Details of Le Corbusier's apartment at 24, rue Nungesser-et-Coli. On the wall next to his desk are mementoes of the architect's mother and his wife, Yvonne Gallis, who died in 1957. © René Burri | Magnum Photos 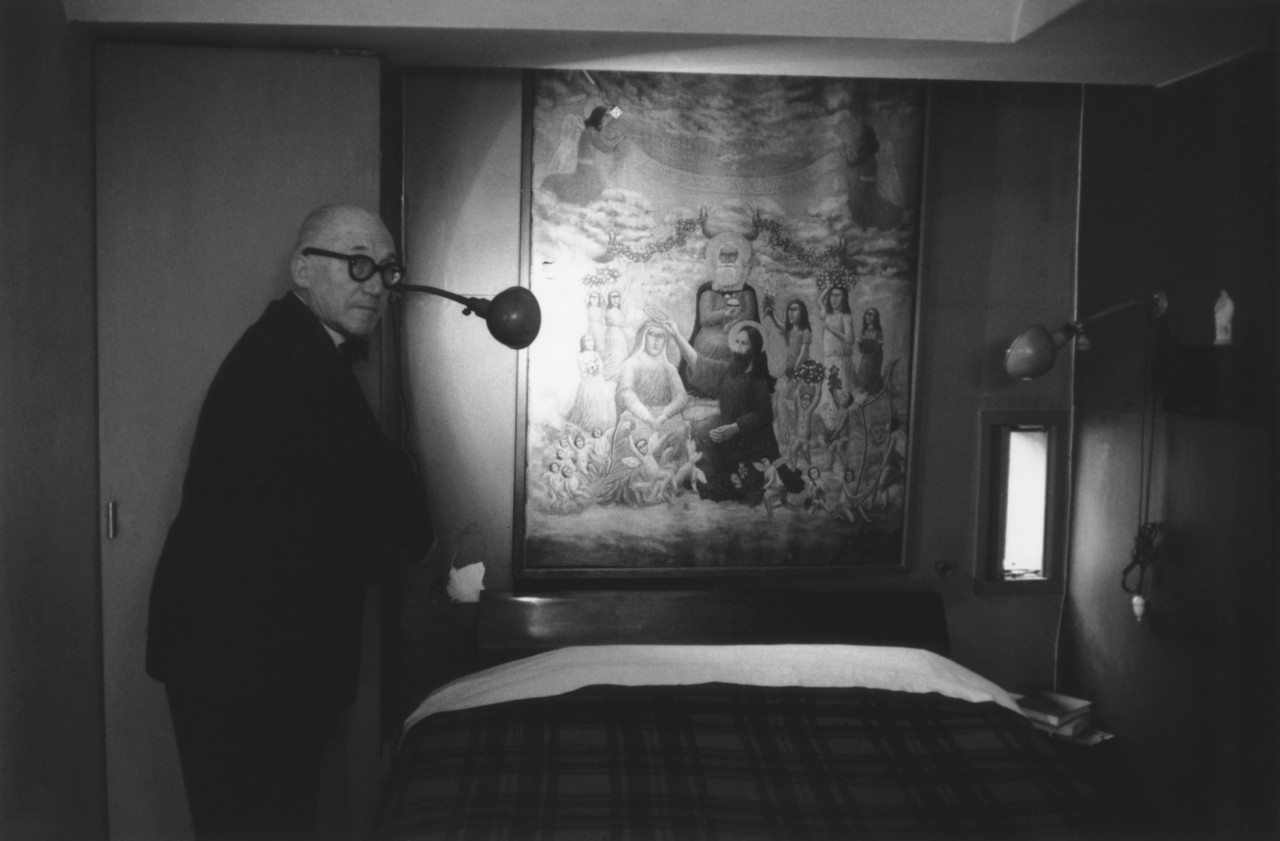 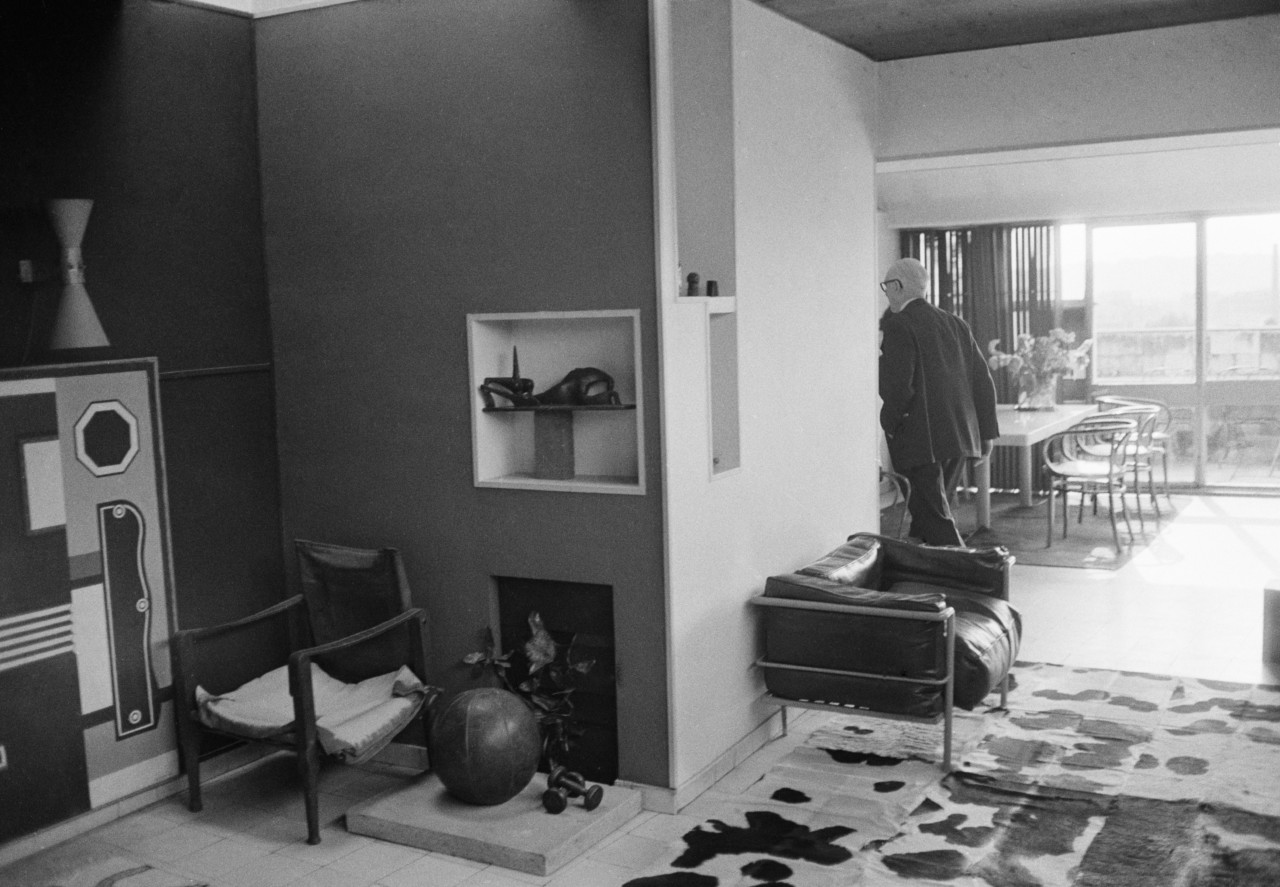 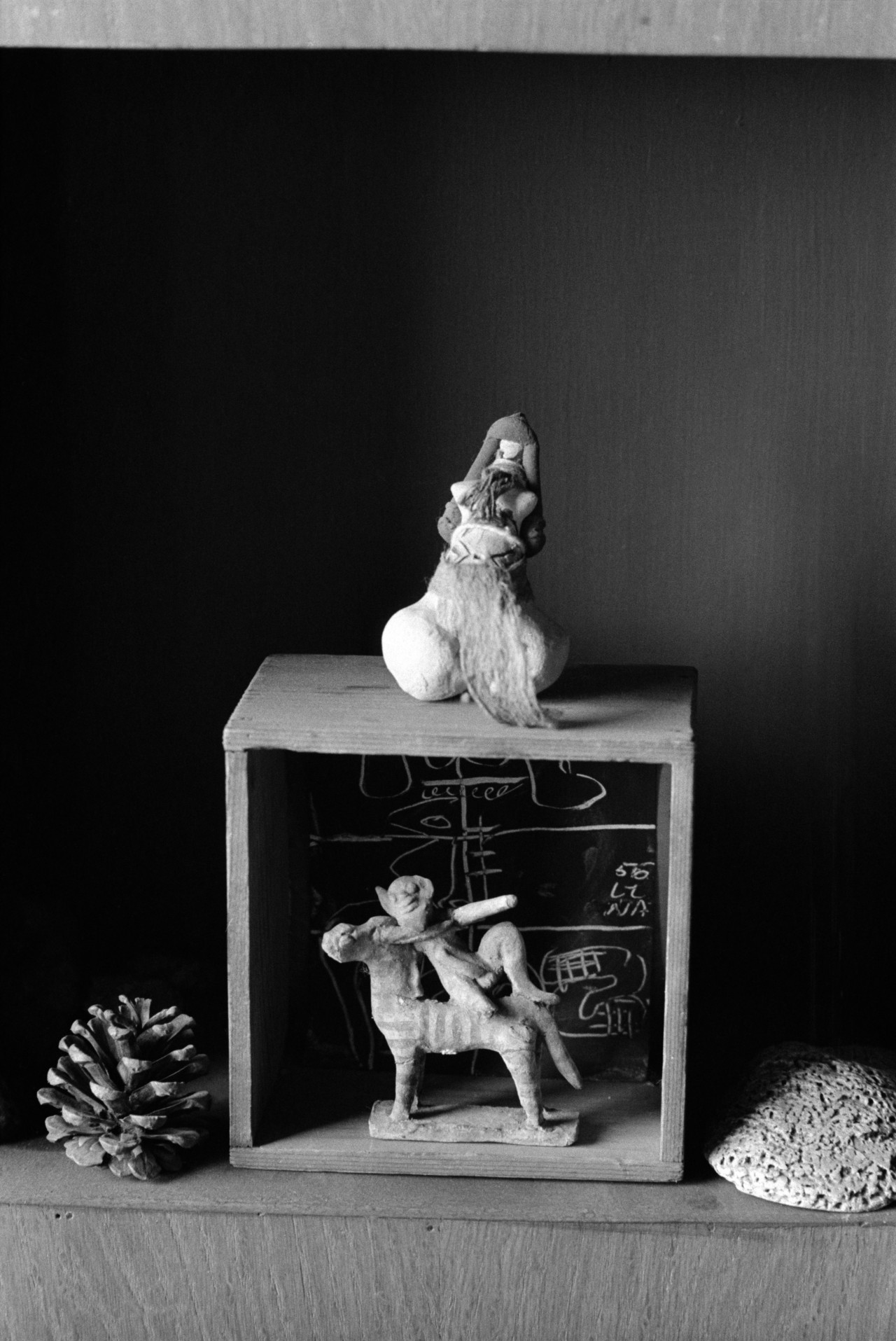 17
René Burri A clay Pan figure, which Le Corbusier brought home from his trip to the Orient in 1911, displayed in a painted case. Photographed at his apartment in 1960. Paris, France. © René Burri | Magnum Photos 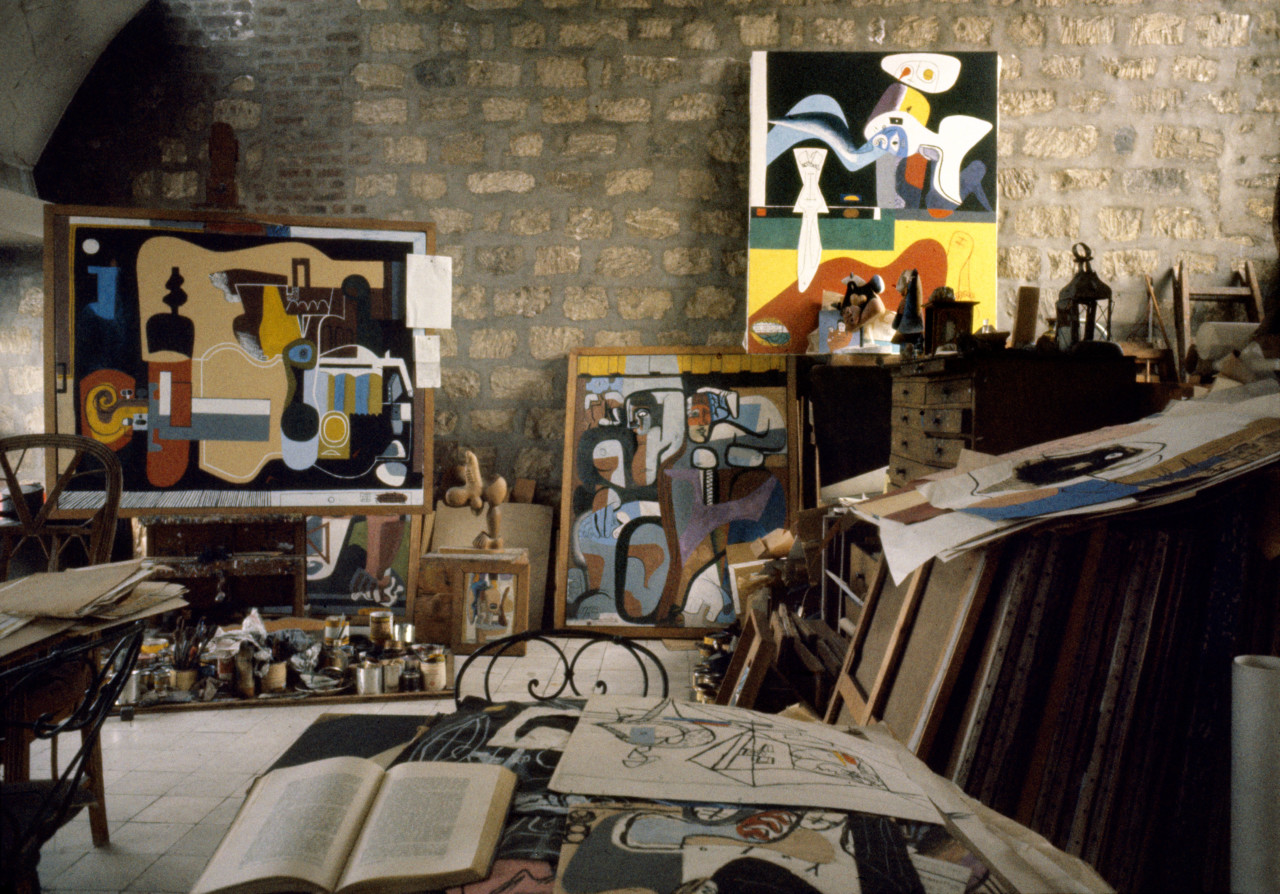 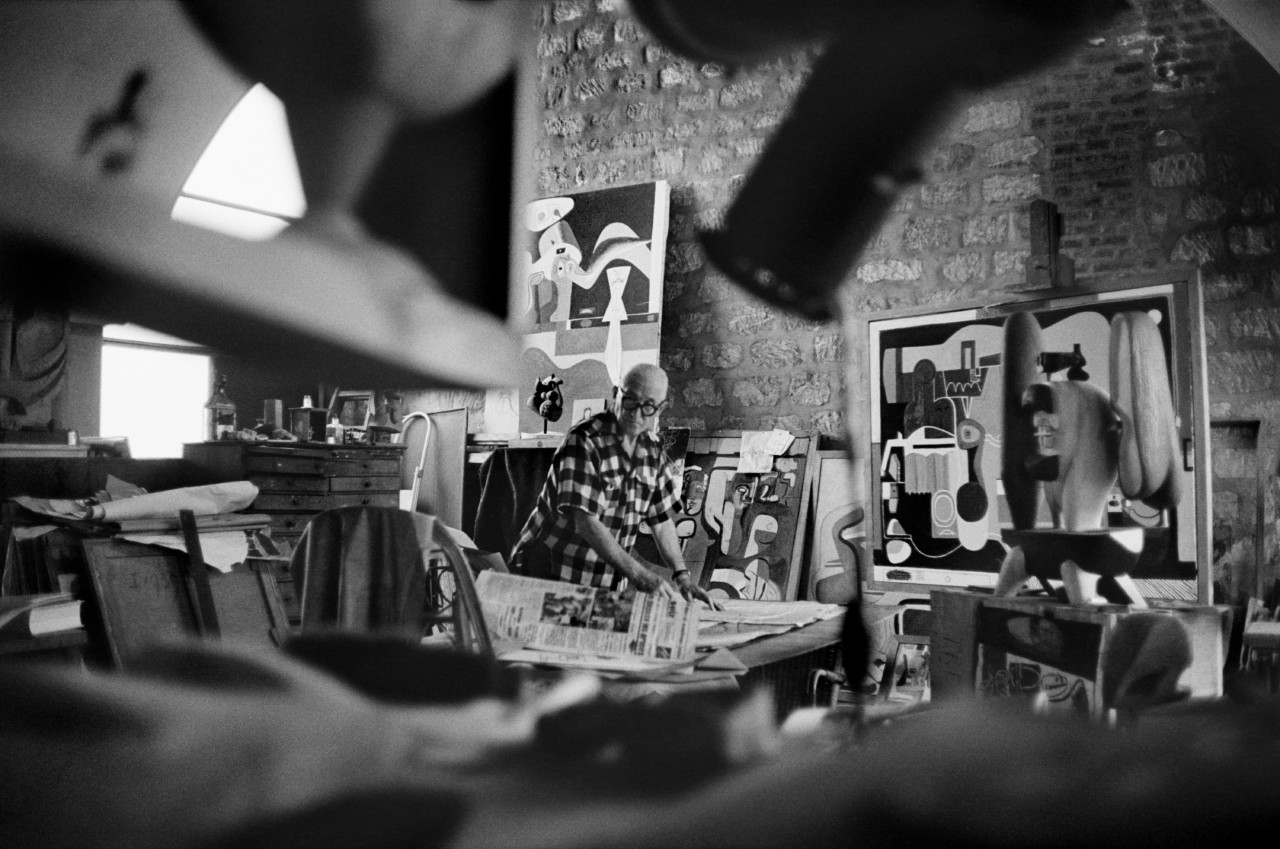 17
René Burri Le Corbusier holding one of his drawings against the light in his atelier, at 24, rue Nungesser-et-Coli, Paris, France. 1960. © René Burri | Magnum Photos 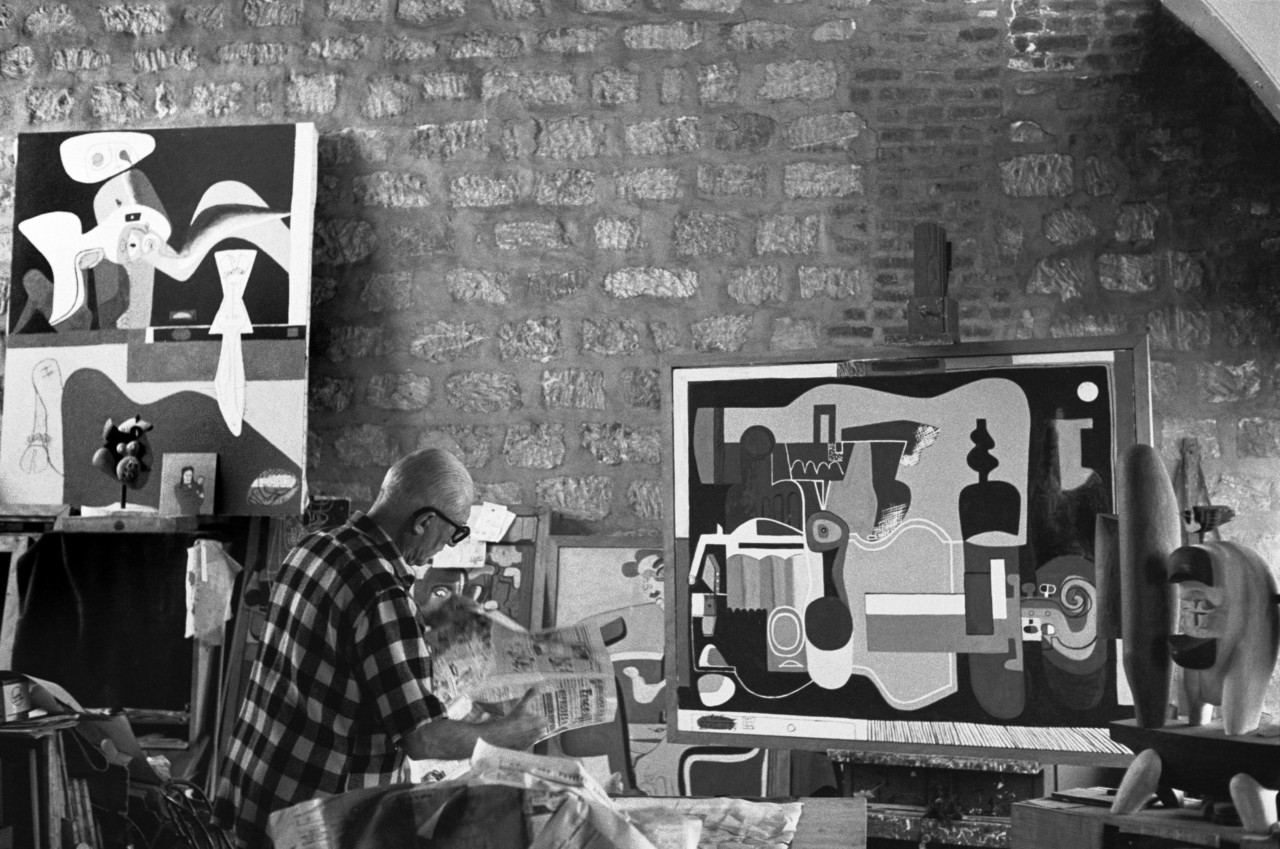 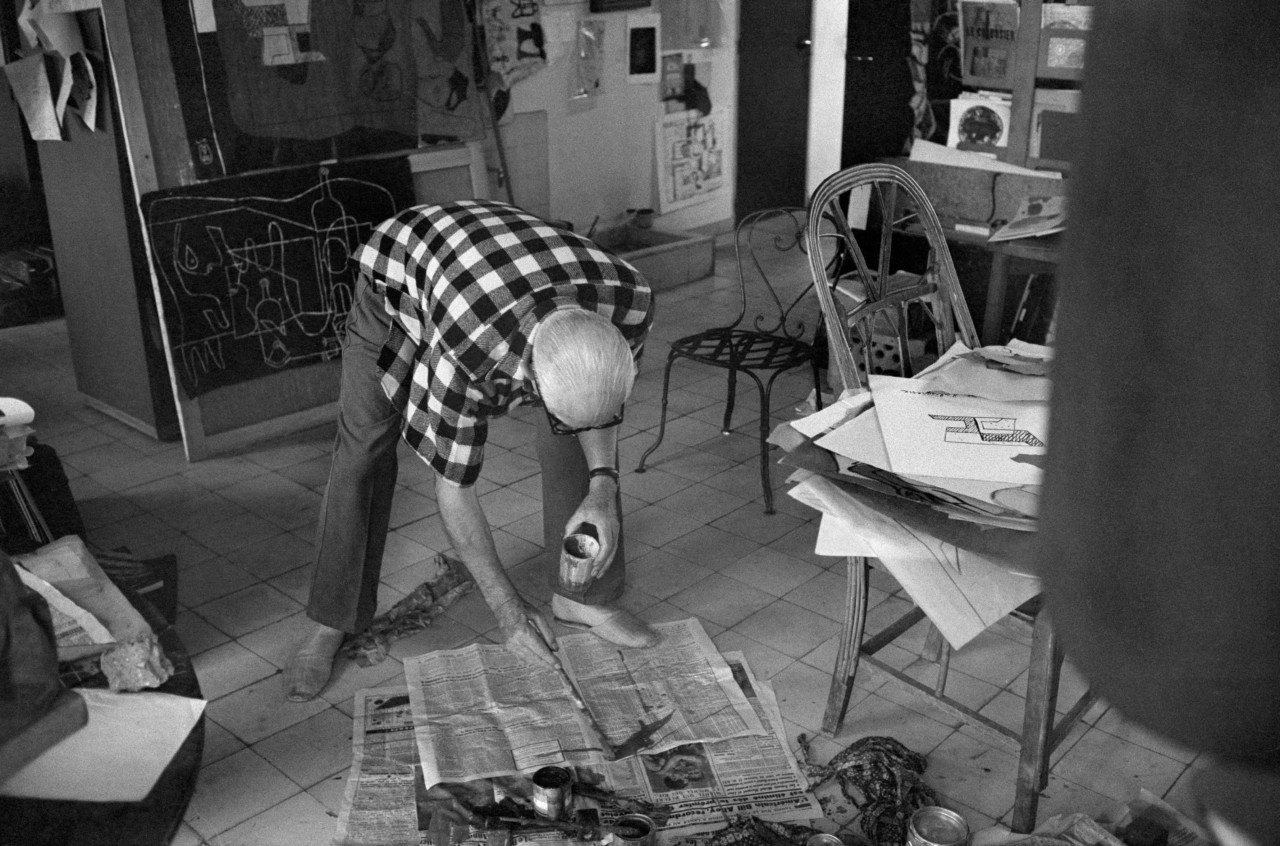 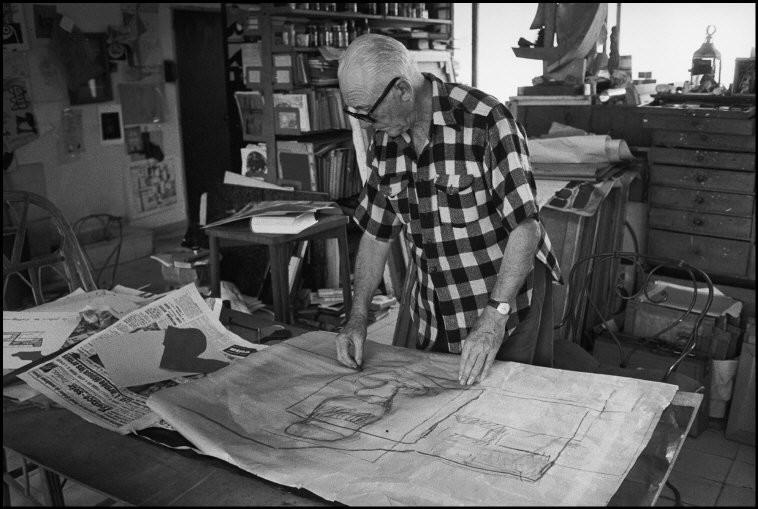 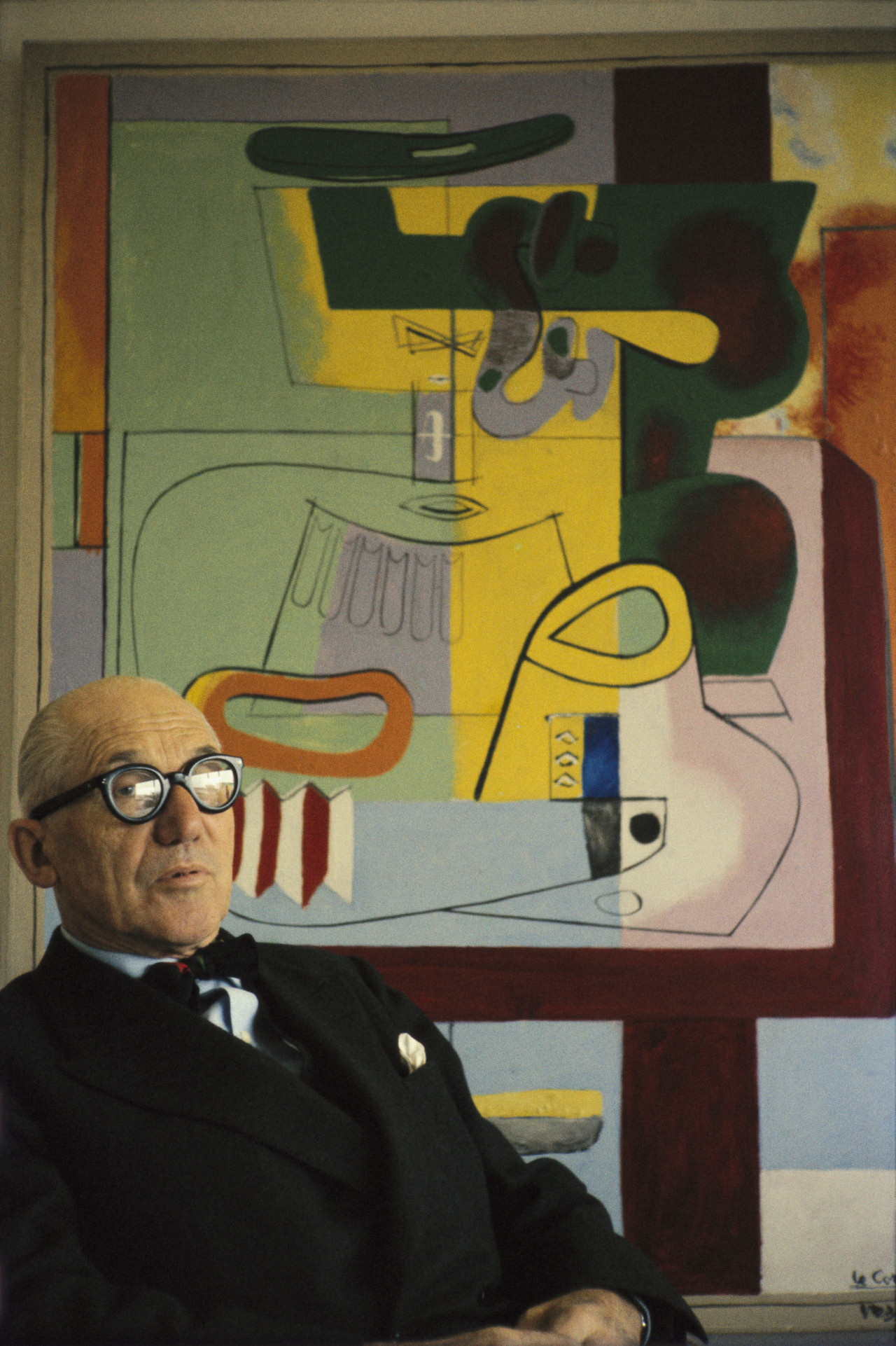 Since a student, Magnum photographer René Burri had always been fascinated with Le Corbusier’s work. He would go on to photograph the celebrated architect, painter, designer, and planner many times over the course of his lifetime, documenting the now-iconic modernist polymath at home, at work and on the road.

Here, we present a rare and intimate documentation of Le Corbusier’s idiosyncratic lodgings at 24, rue Nungesser-et-Colis, in Paris’s 16th arrondissement. A labor of love, the space was created by the architect in the form of what would today unromantically be known as work-live unit, housing an apartment and a studio, a true appartement-atelier, as he called it. Separated by revolving doors, one side was conceived as a dwelling, the other as artist’s studio, where Le Corbusier painted daily.

Between 1931 and 1934, Le Corbusier, flanked by his cousin Pierre Jeanneret, devised and built the Molitor, an apartment block in the West of Paris, upon which he perched his own personal space. The two top floors of the building put into action his core principles of architecture – a microcosm of his most seminal theories. Open plan and sculptural, with large windows designed to capture as much light as possible, the expansive space housed many of Le Corbusier’s private collections, eclectic objects and art pieces, a reflection of the artist’s iconoclastic interests and of his close relationships with the artists of his time.

In these photographs, we glimpse the architect moving through the rooms of the much-loved and long-inhabited apartment, a private tour seen through the eyes of René Burri, whose work Le Corbusier particularly appreciated for his rapidity and discretion. We see the man at work on one of his paintings, seemingly unaware while he is photographed incorporating newspaper and found objects amongst vivid pigments, a trademark of his artwork.

Over the years, the modernist pioneer was photographed again and again by Burri, who became a true chronicler of the architect’s art and created a shining example of an enduringly intimate, mutually reinforcing, relationship between artist and photographer.