Sociologist Will Guy, who wrote the text for the Josef Koudelka's seminal project, reflects upon the process of making the work and its continuing relevance 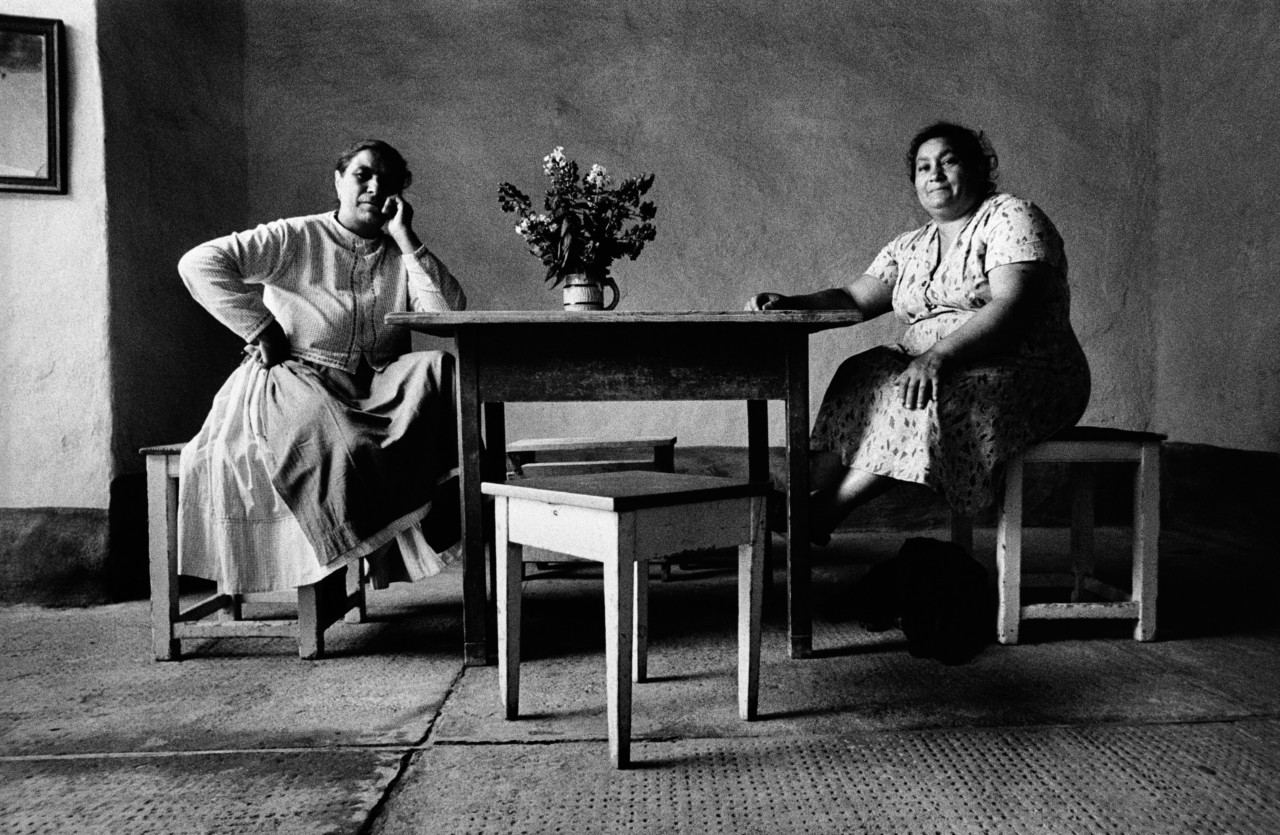 Between 1962 and 1971, Josef Koudelka worked in Czechoslovakia, Romania, Hungary, France and Spain capturing the precarious lives of Romani people, an ethnic group who have traditionally lived as travelers since as early as the 12thCentury: most commonly in the central, eastern and southern regions of Europe. Nowadays referred to as Roma, they have historically been grouped together with other communities, such as the Sinti, under the collective descriptor of ‘gypsy’, a term now considered pejorative in much of the world. As a result of their geographic dispersion and frequent marginalization by states, figures for total populations are broad estimates, lying between 2 and 20 million globally. These communities have historically been entrapped in poverty, and victim to systemic racism and discrimination: exploited through enslavement during medieval times, and marked for extermination and imprisonment in occupied Europe during World War II. Since then the Roma have continued to experience persecution as well as forced assimilation, and are often subject to racially discriminatory social and migration policies.

Koudelka’s work around Europe in the ’60s and early ’70s was to result in one of his most renowned bodies of work: Gypsies. In light of the recent release of the third edition of the book, here we look back at the renowned project and discuss the work with the sociologist, researcher, and Roma expert Will Guy, who wrote the texts for the first and subsequent editions of Gypsies. At a time when hate speech and hate crimes against the Roma and Sinti community are on the rise around Europe, Koudelka’s work offers readers an alternative to the often simplified, polarizing, and sometimes racialized media portrayals of the Roma. 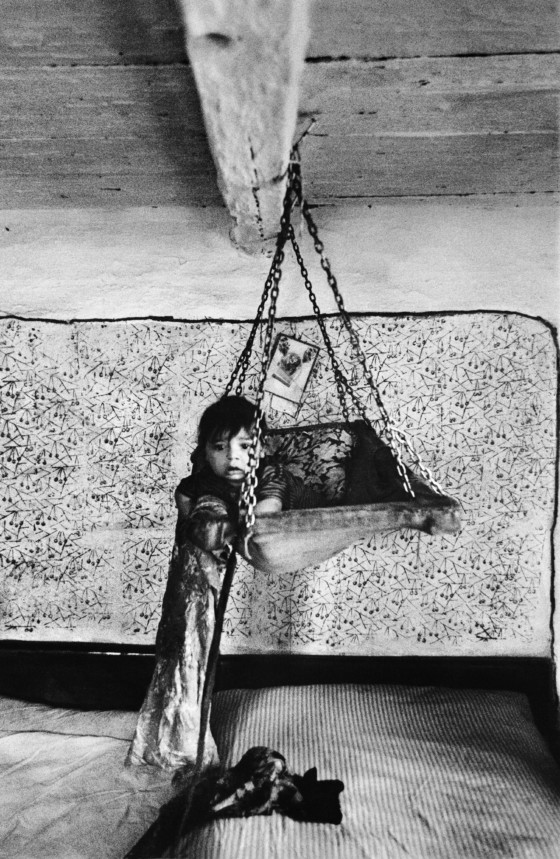 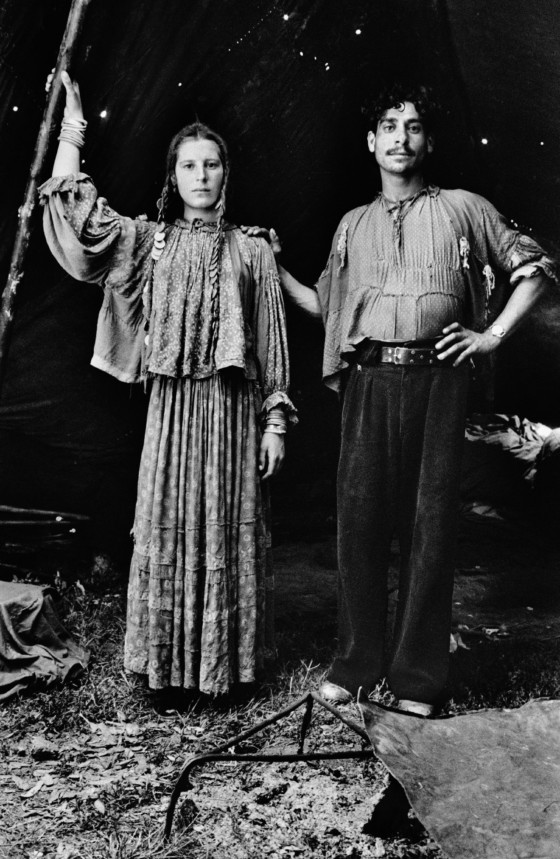 After documenting the Soviet invasion of Prague in 1968 – the work which set him on the path to life as a photographer –Koudelka sought political asylum in the United Kingdom, fearing persecution from Communist authorities. His displacement from his native Czechoslovakia shaped his photographic practice in the years that followed. While experiencing exile and alienation himself, Koudelka found a new affinity with a community that faced hardships and statelessness. Koudelka decided to document the lives of the Roma, travelling with his rucksack and camera, and capturing daily scenes in villages and towns.

Koudelka’s determination to present the Roma community without ethnizing their poverty propelled him to search for intimacy between friends and family, lovers and relatives, cousins and neighbors, in his photographs. Through the various depictions of Roma individuals and households, inside and outside of their homes, and in everyday scenes and scenarios, Koudelka seemingly aimed to address the absence of family portraiture of Roma in the public sphere. However, he believed from the outset that his images alone would not present the complex reality of his subjects’ lives. 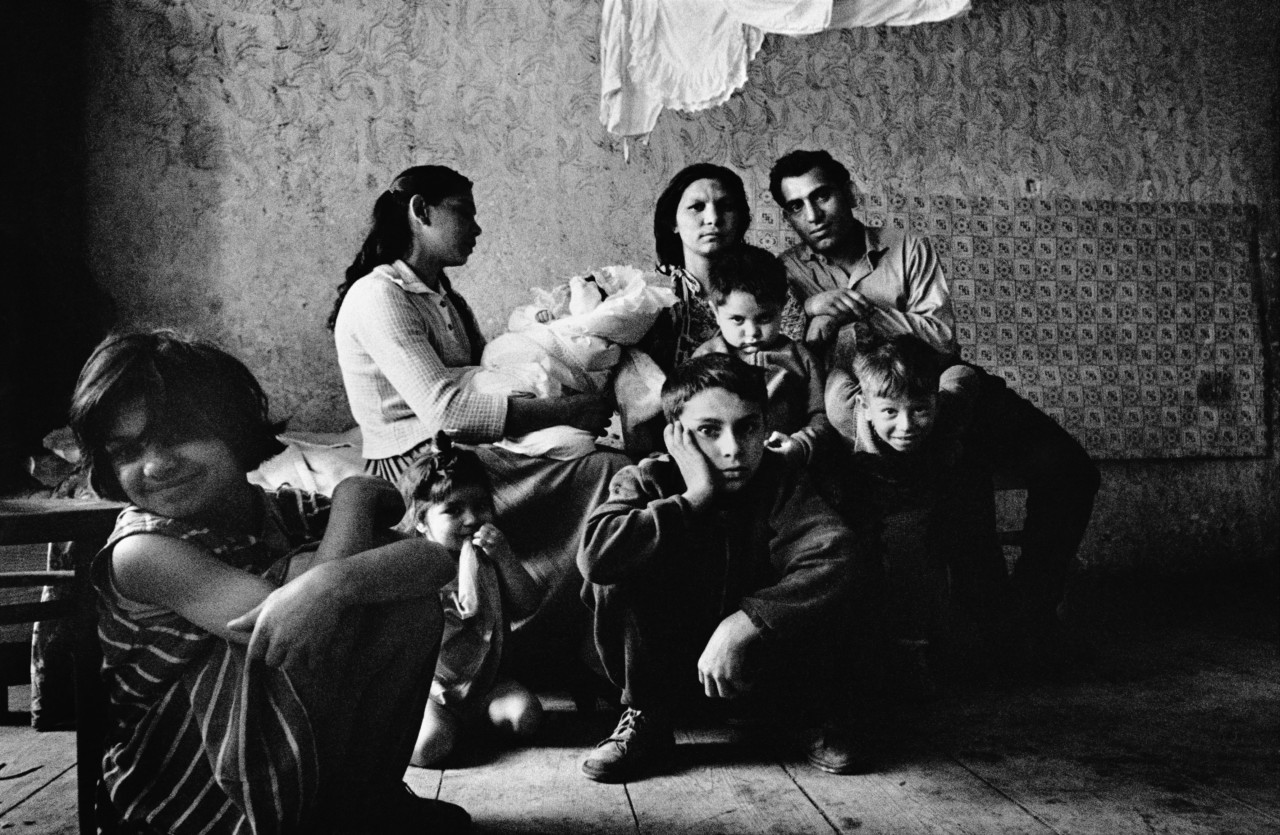 In terms of presenting his work, Koudelka was inspired by Dorothea Lange’s approach of showcasing emotive images alongside factual accounts of sociopolitical realities. One of many of Lange’s photographic projects Koudelka was interested in focused on families uprooted by drought in the 1930s America, produced for the Farm Security Administration study.

With that work in mind and in preparation for publishing his Roma work in book form, the Czech photographer sought out Guy – a researcher in social anthropology, diversity, and citizenship in Europe. After living and working in former Czechoslovakia during the late 1960s, Guy started a PhD on the communist regime’s attempt to assimilate Czechoslovakia’s Roma minority. Koudelka wanted to juxtapose his images with an insightful and factual text that would guide the reader toward a multifaceted understanding of the reality of this marginalized community.

“I had been sent [from the UK] to Czechoslovakia in 1966 by a computer company I worked for, to provide technical support”, explains Guy when asked how he first developed his interest in the question of Roma integration in Czechoslovakia. “After about three years I decided I didn’t want to continue in that field. I was very interested in what was happening in Czechoslovakia in relation to the political changes and the recent invasion, so I decided to undertake a research project.” Even though Guy’s initial idea involved looking specifically at steelworkers, Jean-Paul Clébert’s study on Roma integration in Czechoslovakia had such a great influence on him that he decided to change his research topic. Clébert’s argument – that the delicate problem of gypsy integration had already been solved “in accordance with human standards” in Czechoslovakia – was received with mixed feelings by Guy, who had previously heard his Czech co-workers referring to darker-complexioned workers as “smoked Slovaks”. He found this contradiction to be worth exploring further and he spent the next few years doing fieldwork research on the Roma in communist Czechoslovakia. 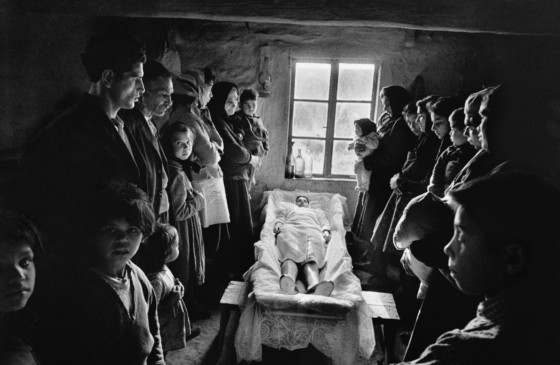 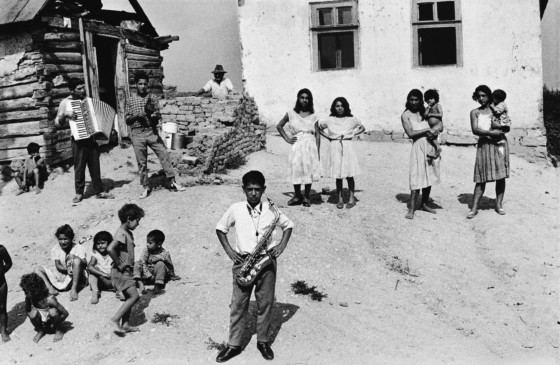 Guy learnt to speak Czech, allowing him to communicate with the Roma, and collaborated with Eva Davidova – one of the leading local researchers on the topic, which granted him access to many villages in which to conduct fieldwork. Like Koudelka, Guy wanted to go against the grain and write on the topic of Roma integration by amplifying the humanity of the subjects, “They are often written about through a romanticized spectrum and quite often this is a false picture” Guy explained, “Through fieldwork, I have experienced them as ordinary people, not as ‘the mysterious gypsies’. They are faced with problems that all people entrapped in poverty face, coming to work to make a living and suffering discrimination. It was important to see them really as migrant workers. In Czechoslovakia many of the gypsies in the Czech lands were killed off or sent to concentration camps during the Second World War by the Nazis. To my knowledge, there was only one married [Roma] couple that returned from the camps. The Roma that did remain were mostly in Slovakia, which was comparatively unindustrialized. After the war, the Czechs threw out the German minority immediately and subsequently many people travelled from Slovakia to Czech lands to replace these industrial workers and labourers. With them came a great number of Roma also.” 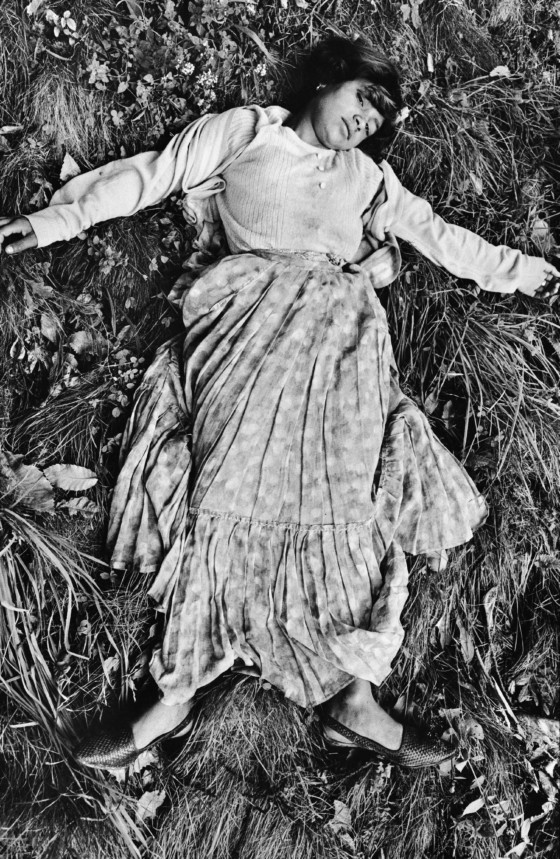 Even though Guy was an outsider to the Roma community, he has over time faced greater scrutiny from the authorities for his research than he has from the Roma he has been working with, having been suspected of industrial espionage, interrogated in local police stations and followed by government agents. “We weren’t seen as outsiders in the Roma community at all,” Guy comments. “On the contrary, the problems we had were with the local [non-Roma] community, because we were seen as too friendly with the gypsies. They saw us almost like traitors. They were so upset about it that they told false stories about us. They wanted to persuade the Roma we were working with that even though we appeared friendly, we were really there to create a list of names of the Roma so that they would be sent off to concentration camps.” 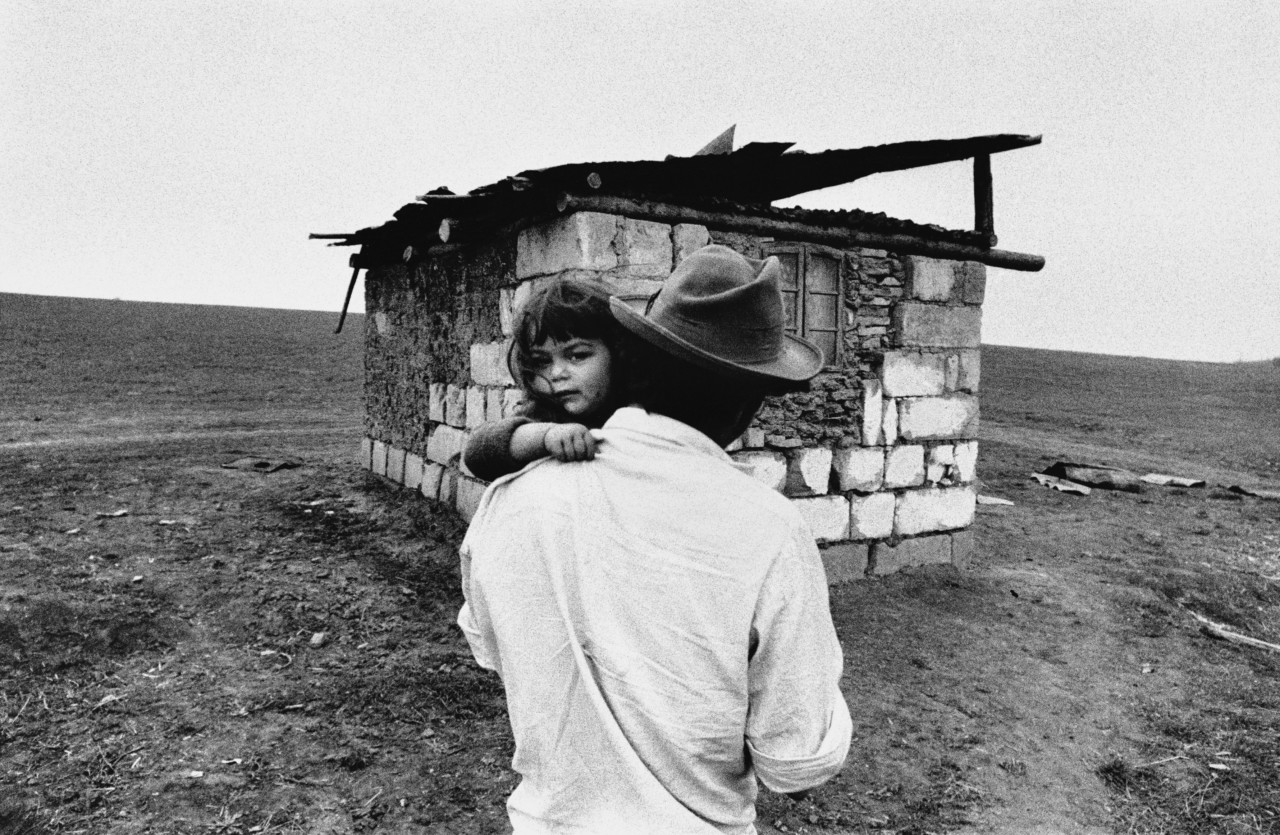 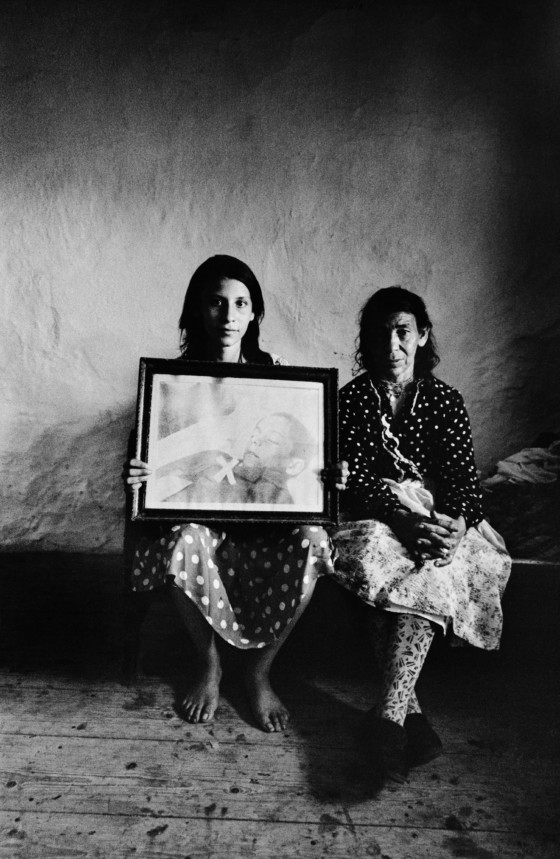 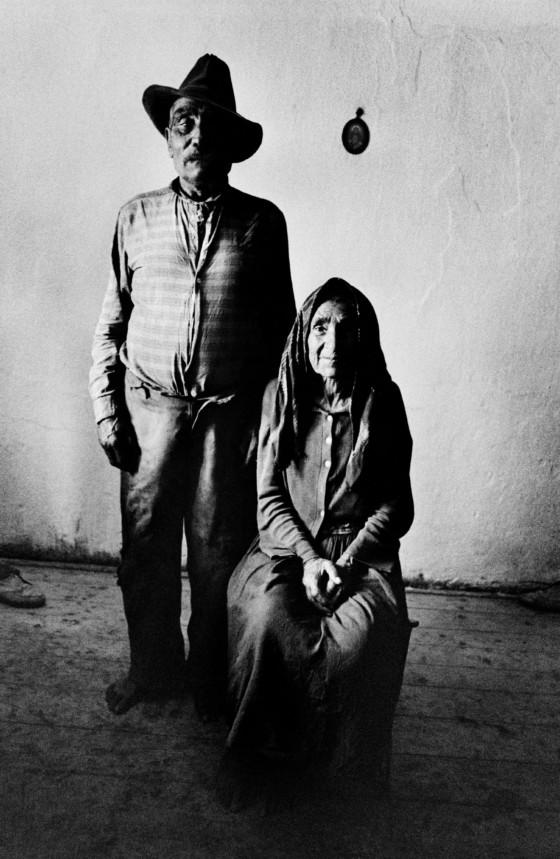 Koudelka’s empathy toward the subjects he was photographing was shaped by his affinity with the community and his search for new ways of documenting the lives of those who feel alienated.  Another of Dorothea Lange’s practical studies the photographer focused on, according to Guy, was about the internment of Japanese Americans during World War II: “They were taken away from their homes and sent to remote camps deep in the countryside because they were seen as a security threat, and as possible traitors. Even though some of their sons and husbands were serving with the US forces fighting against Japan. There was this very tough and dry narrative alongside these documentary photographs. Josef wanted this sort of an approach and sort of discontinuity [between the book’s text and] his photographs…”

In 1975 Guy produced the first draft of his text for Gypsies. Even though Koudelka had given him great creative freedom during the writing process, the two of them would spend long hours discussing factual queries that the Czech photographer wanted to clarify for himself. He was determined to have an objective textual account in the book and wanted to understand every aspect of it. “When I wrote the first text, in 1975,” Guy recalls,“ the publishers were quite unhappy with it. They didn’t like the tone, the dryness and factual style of the account. They wanted something which depicted the mysteriousness of the Gypsies. However, Josef was were insistent that it had to be like this.” For Koudelka, this project was not a traditional documentary reportage. He believed in the value of portraying the dispossessed and poor community by defying stereotypes. Many of the subjects were photographed for the first time by Koudelka, except for mug-shot style images taken for identification purposes. The Czech photographer believed in waiting for his subjects to initiate pictures, or to pose for his camera. The book Gypsies provided an important visual and textual record of a marginalized community. 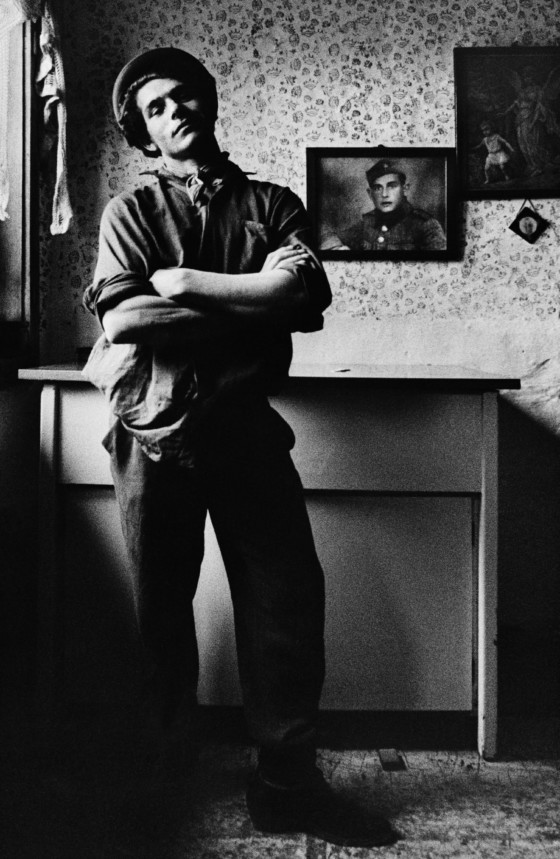 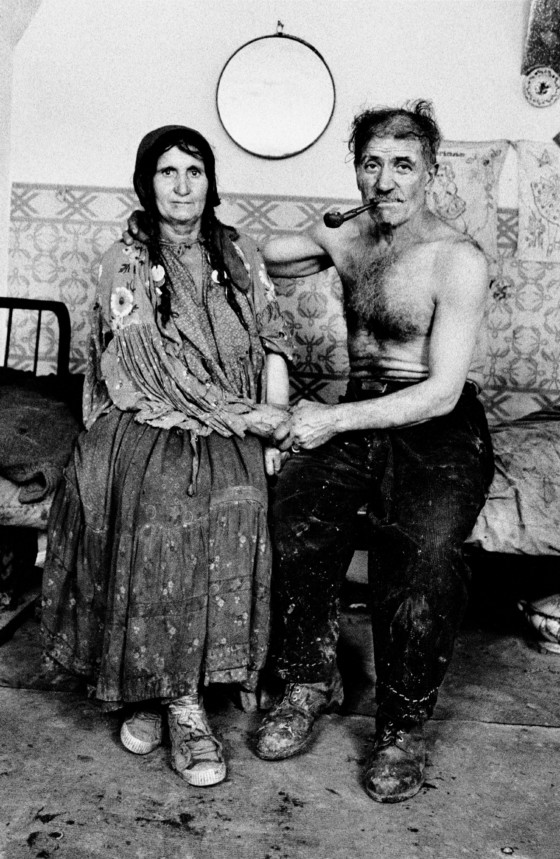 "There is still an enormous amount of hostility and racial prejudice towards Roma, especially in Eastern Europe, but not just there. It does not matter on which political spectrum you are, left or right, it is very universal, people are often very discriminatory against them." 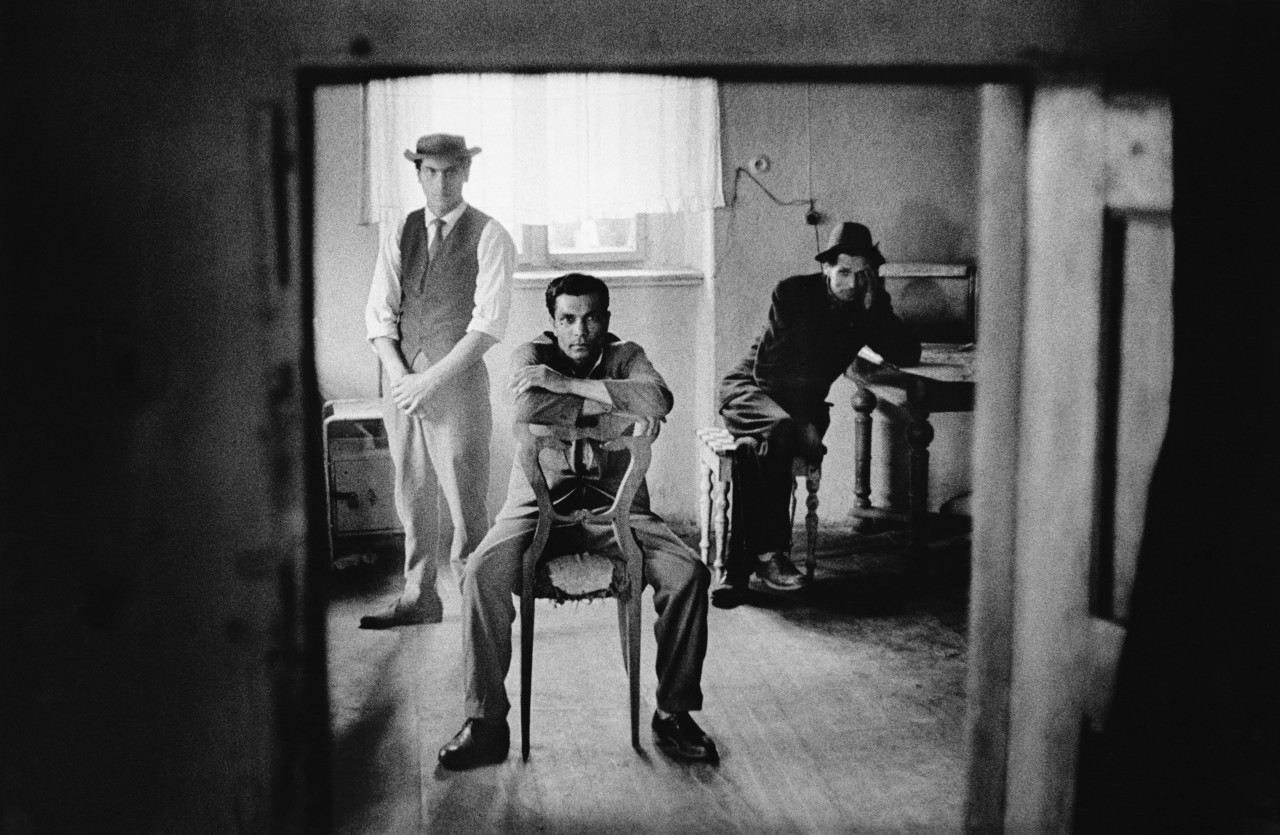 “It was the first book that made [Koudelka’s] name,” Guy reminds us during reflection upon why Gypsies remains a valuable book to examine today. “It is iconic in terms of photography. Moreover, life for the Roma has not improved. There is still an enormous amount of hostility and racial prejudice towards Roma, especially in Eastern Europe, but not just there. It does not matter on which political spectrum you are, left or right, it is very universal, people are often very discriminatory against them.”

With the fall of communism in Eastern Europe, the living conditions for the Roma deteriorated further and the collapse of various economies forced many out of employment, but social security benefits for Roma are seen by some as a political ploy. Guy explains, “They are living in urban ghettos and segregated settlements in Czech lands and in Slovakia with a limited amount of social support which is resented by the local population. They believe that Roma people are undeserving of this money because they are unemployed. However, they don’t work because they cannot, the economy has changed and nobody has supported them in this transition.” 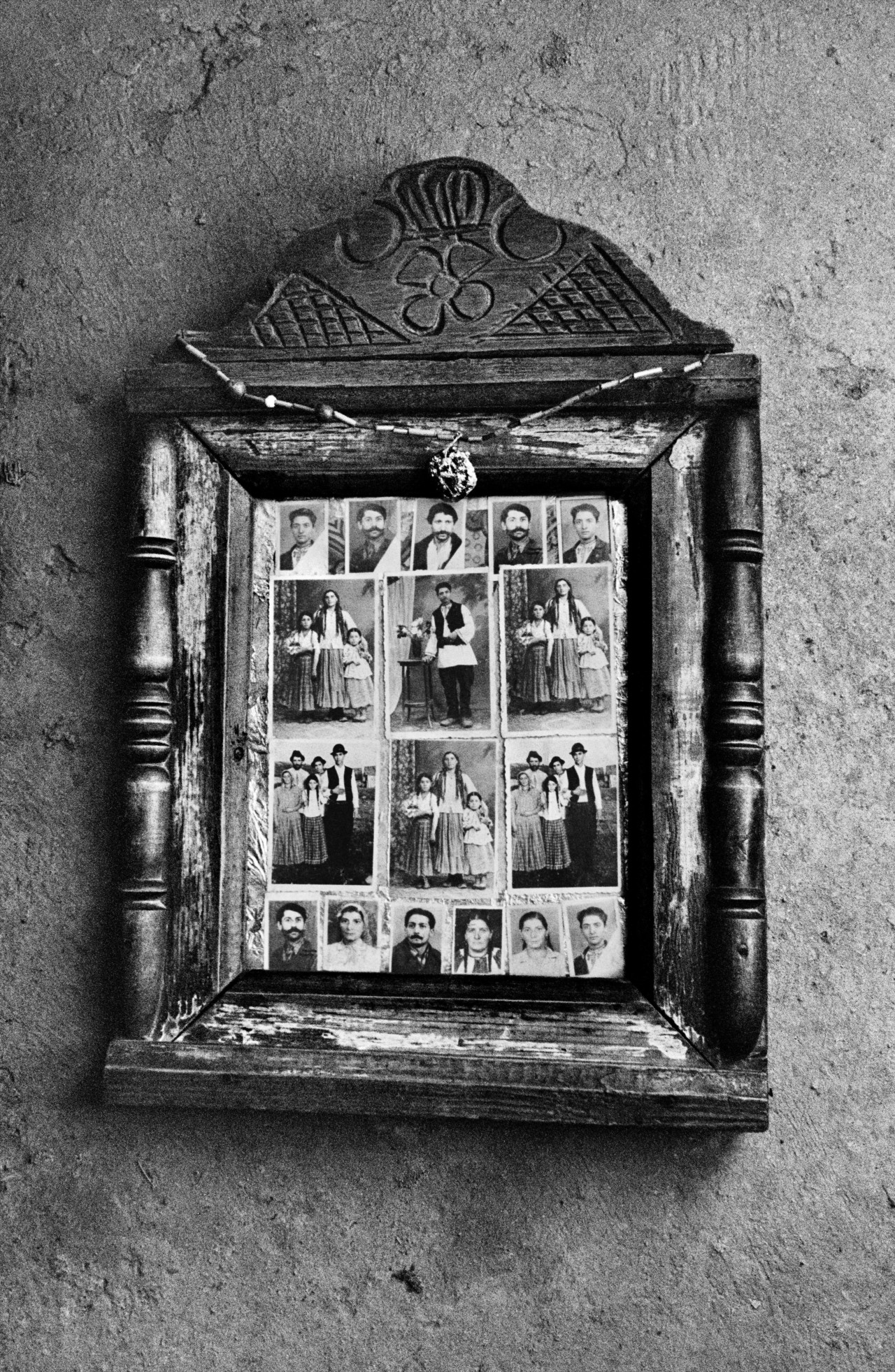