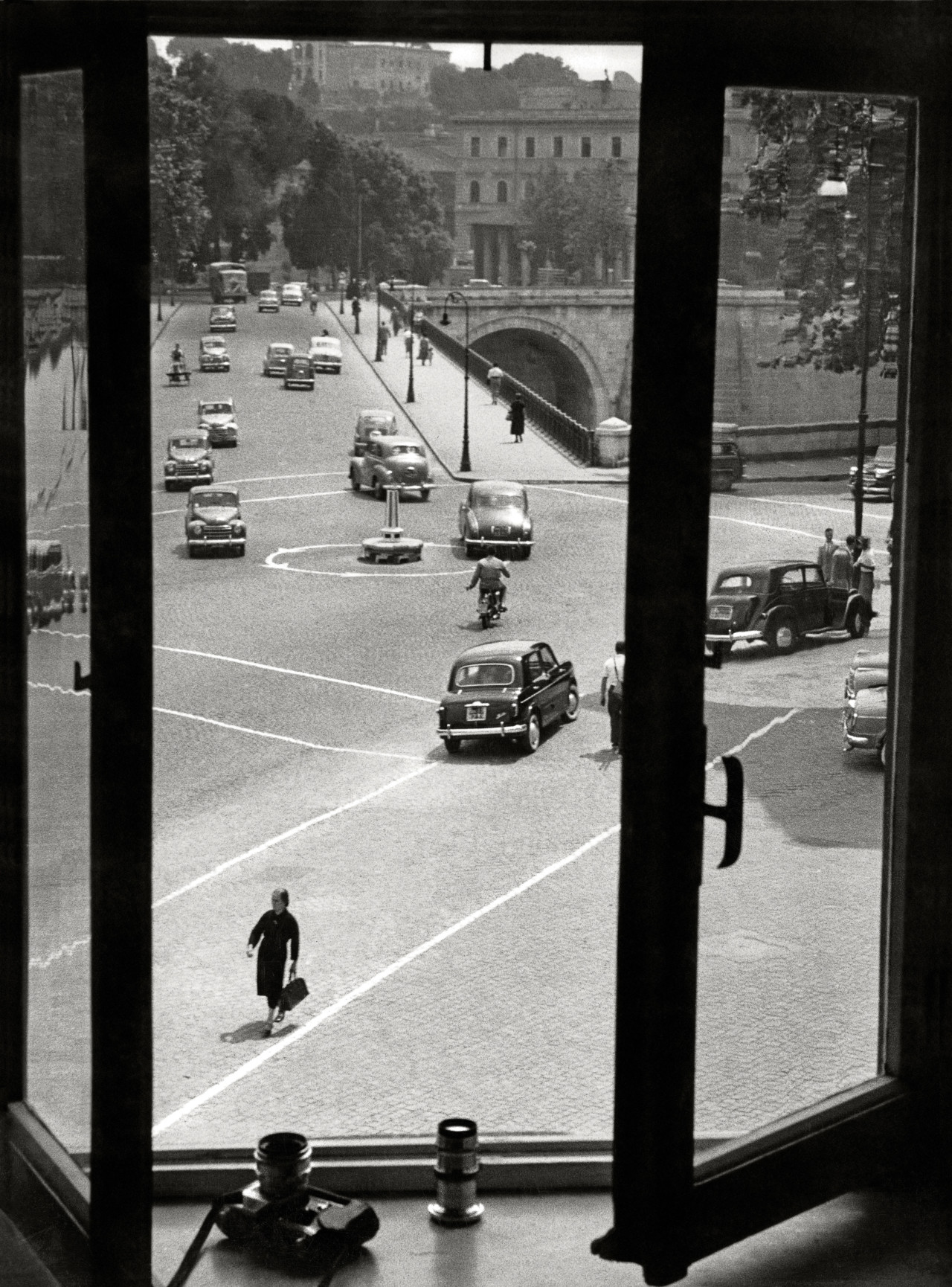 Herbert List View out of the window from the apartment of Max Scheler - Via Lungarina 65. Rome. Italy. 1953. © Herbert List | Magnum Photos
License |

Chance events in 1953 saw Herbert List restricted to the home of photographer Max Scheler, alone, with a Leica, a telephoto lens, and access to 35mm film and a window. The work that he made over a few days in unlikely circumstances reignited his interest in street photography. Here, Peer-Olaf Richter of the Herbert List Estate reflects on the work in the context of world-wide restricted movements.

A year before the release of Hitchcock’s movie Rear Window, in which photojournalist L. B. “Jeff” Jefferies (played by James Stewart) is confined to a wheelchair in his Greenwich Village apartment, eventually uncovering a murder with the use of binoculars and a camera with telephoto lens, reality had a very similar story in store for Magnum photographer Herbert List.

In the fall of 1953 List badly strained his ankle slipping on one of the many steps in Rome. It was during an extensive journey on which he shot the sights of the eternal city for a book to be published in the following year. He was staying with his friend and fellow photographer Max Scheler in the working class quarter Trastevere, close to the River Tiber. Scheler himself was, at the age of 25, a dyed in the wool photojournalist working internationally on editorial assignments. His work was also distributed by Magnum Photos. 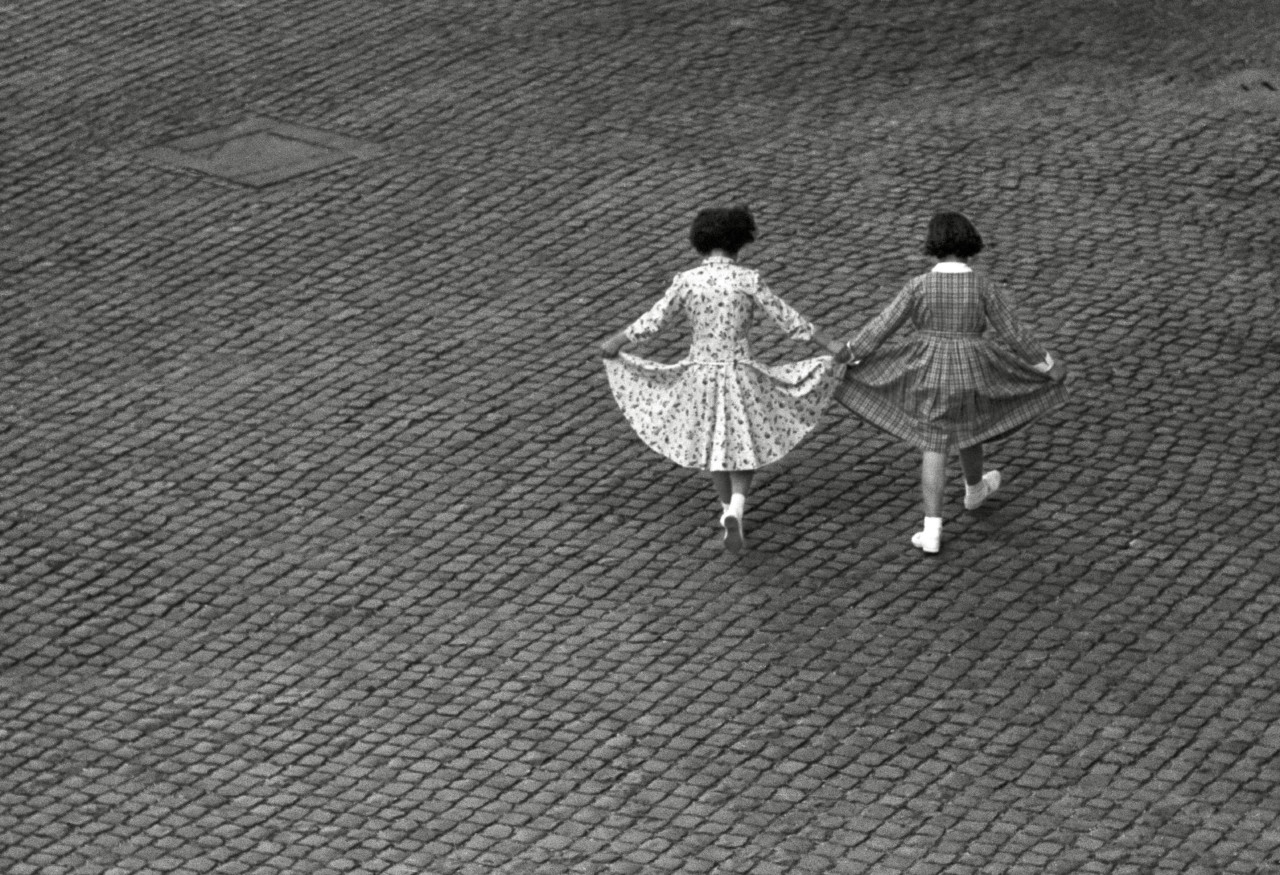 "The full spectrum of human behavior and emotions can be seen from a window sill. It just needs a patient and sensitive viewer."

The day after List’s slip, Scheler was called away to cover the Trieste Crisis, a cold war conflict between Italy and Yugoslavia which had erupted again. List’s ankle unfortunately remained badly swollen and put a damper on the photographer’s plan to continue roaming the city’s sights. Since he could not leave the apartment for some time, Scheler left him one Leica – fitted with a telephoto lens – to play around with. It was equipment which List had not used previously. Like his introduction to the Rolleiflex by Andreas Feininger in 1930, this technical discovery would mark a shift in his style. Stranded in the apartment at 65 Via della Lungarina, List positioned himself at a window overlooking the Lungotevere, Piazza Castellani, and Ponte Cestio. This busy street on the bank of the Tiber kept List’s interest throughout the days of his confinement. It must have been entertaining to watch what was going on: some road worker flirting with girls passing by, a boy chasing a tire that he rolled down the street, only to get scolded by his older brother for letting go of it in the first place. Two men get into an argument about who-knows-what, and below the window the janitor is helping some guys changing the spark plugs on a delivery car. 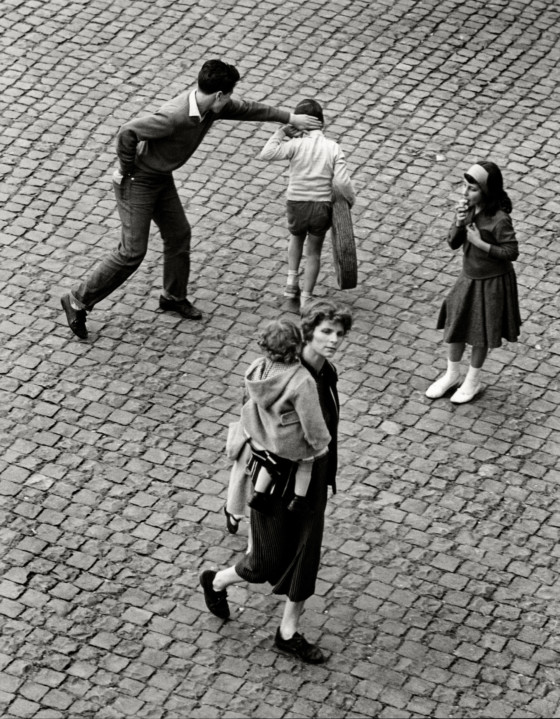 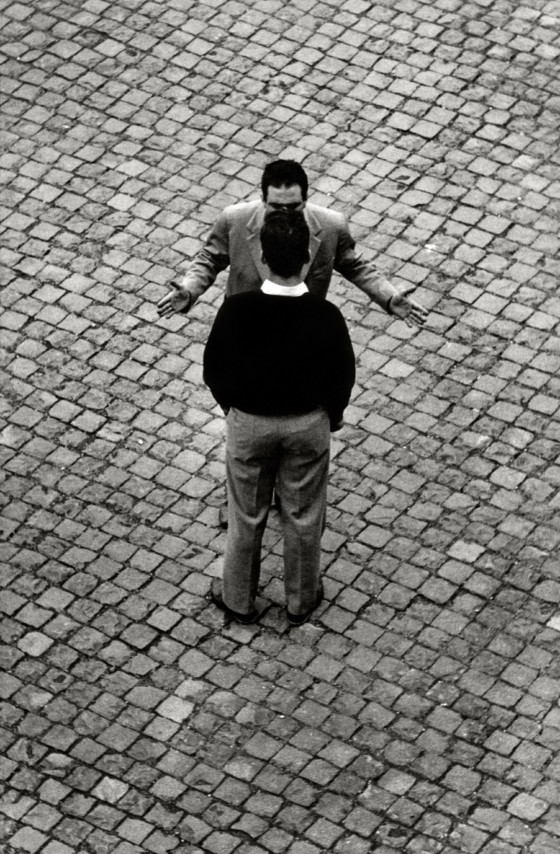 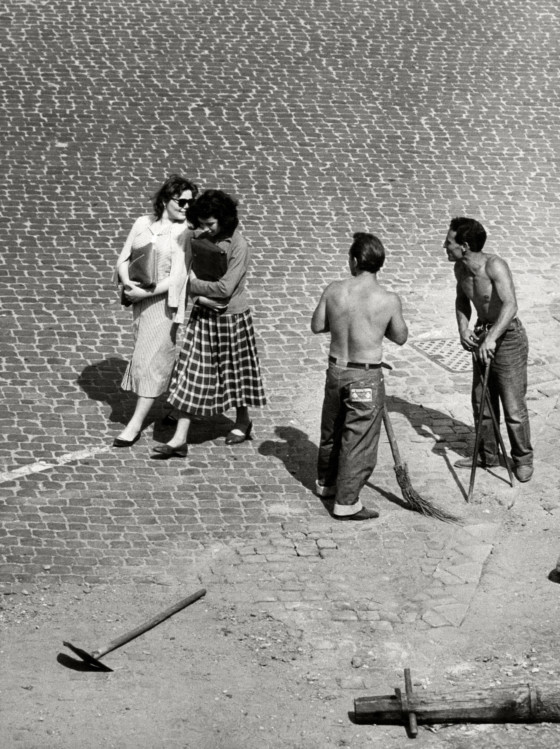 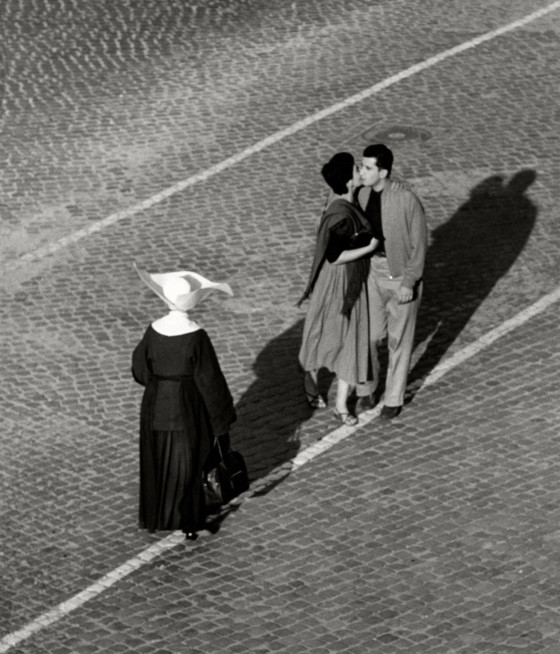 "Scheler left him one Leica — fitted with a telephoto lens — to play around with. Like his introduction to the Rolleiflex by Andreas Feininger in 1930, this technical discovery would mark a shift in his style." 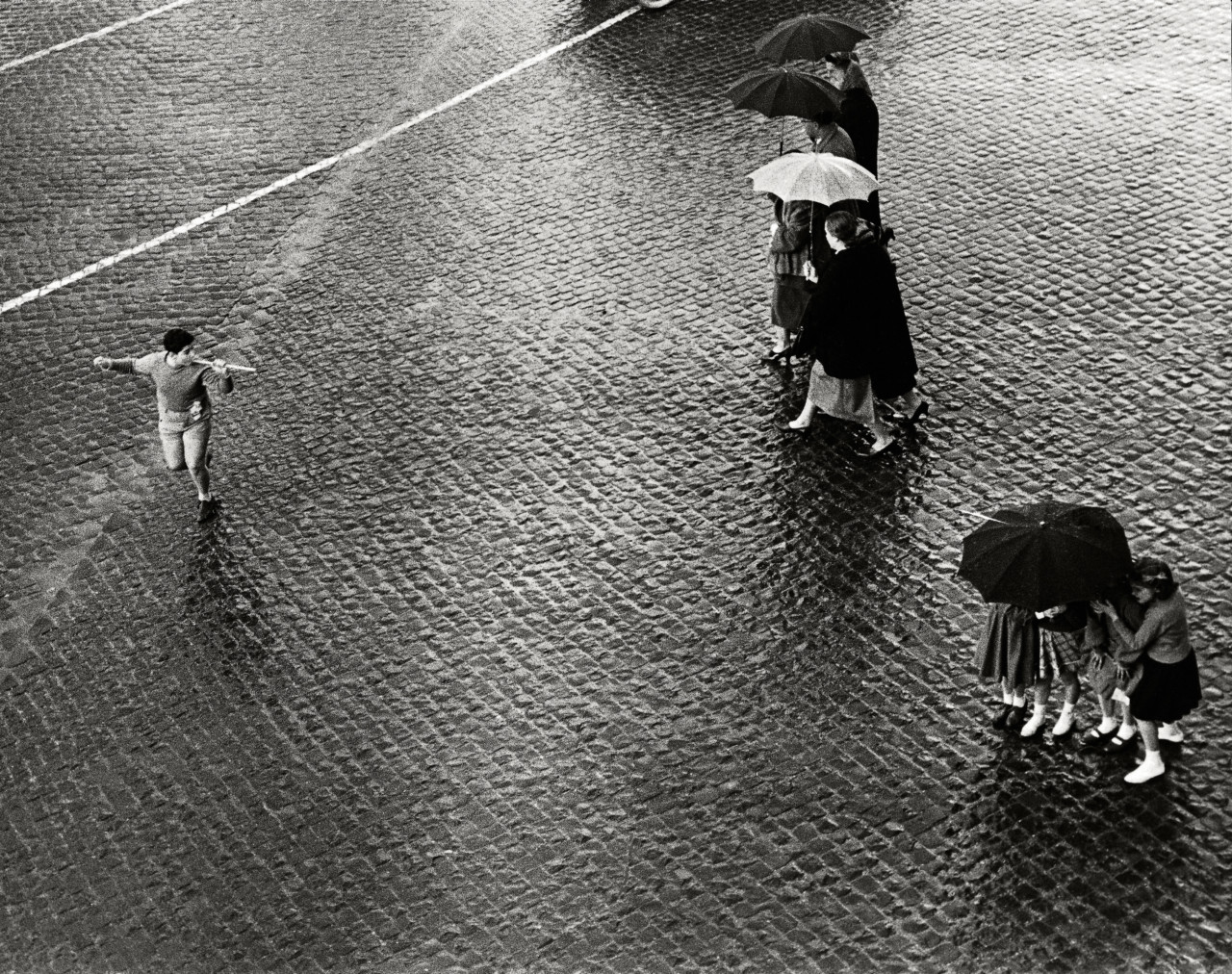 Another story of amorous collusion is titled ‘On the same route’, and it happens when a girl kisses her lover in public. Out of the corner of his eye he watches the direct approach of a virtuous nun, probably putting an end to this bit of love in the afternoon.

It is therefore not surprising that the captions to these images read like fragmented titles from a book of Roman short stories: ‘Little Garibaldi’, ‘The Bruised Knee’, ‘Dance of the Dresses’, or ‘Giovanni puts on a show to get some money for ice cream’. It is the drama of everyday life, comedies and tragedies, that happen right under his window, zoomed in on with a telephoto lens. 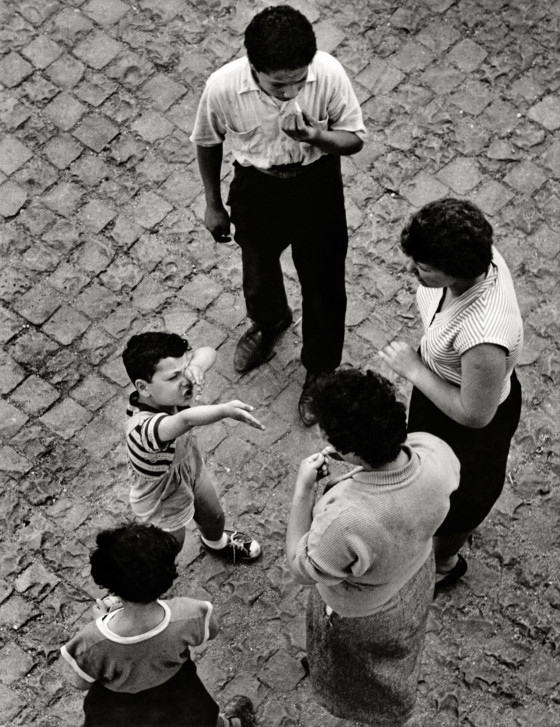 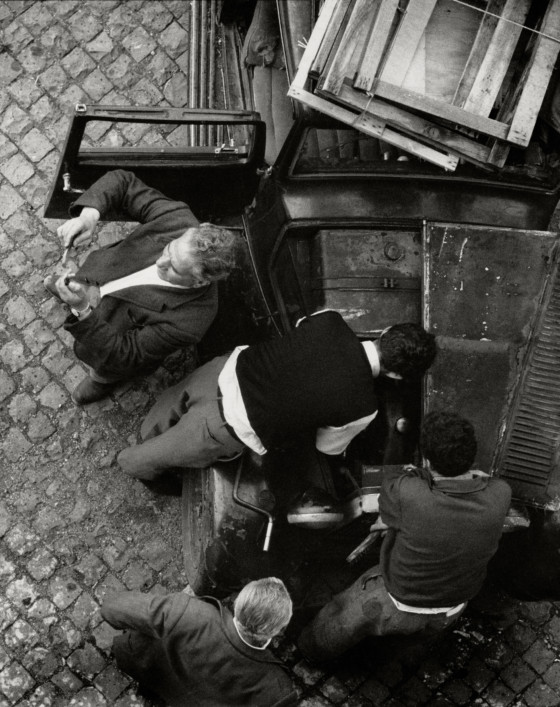 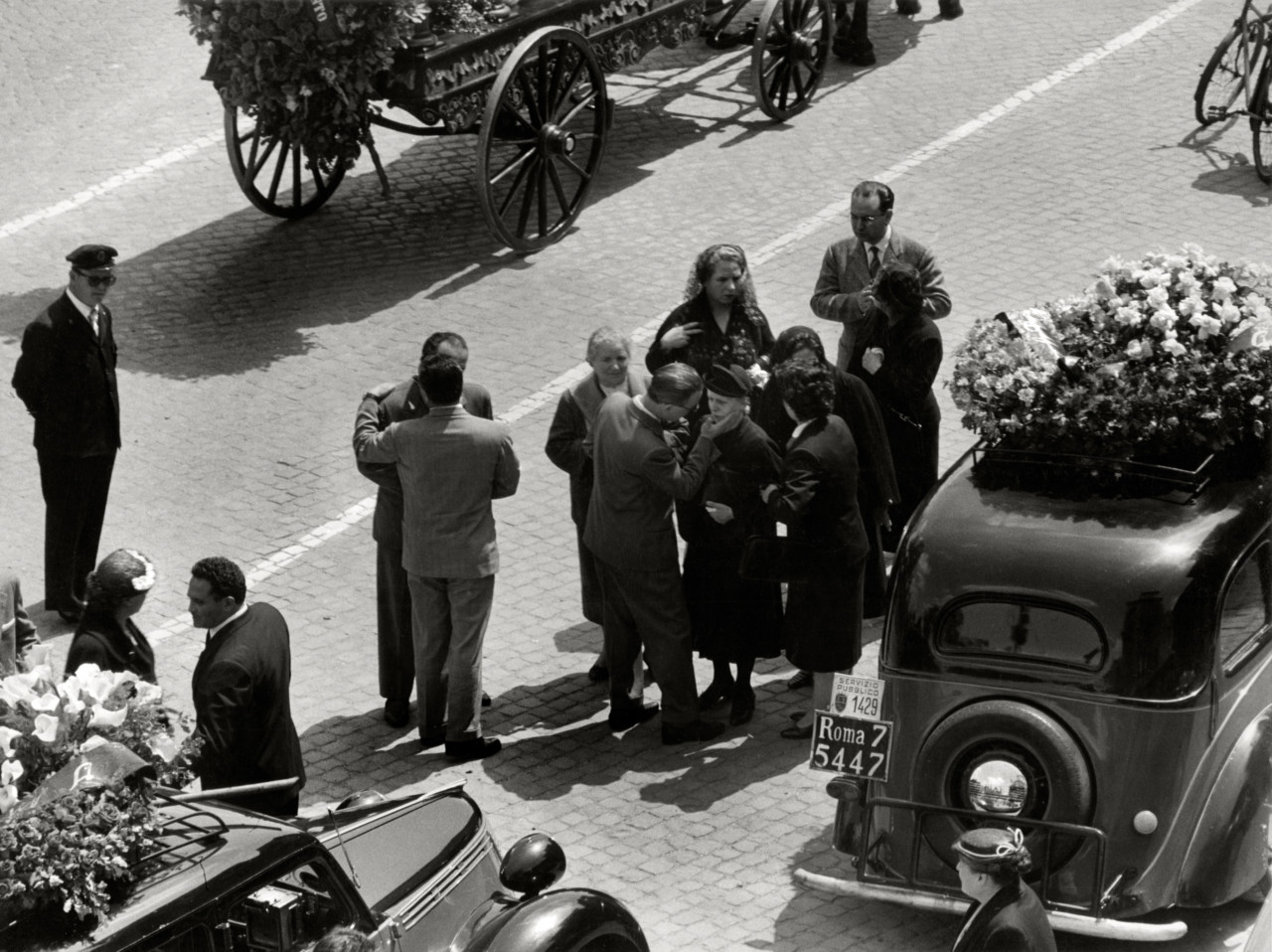 "Unsurprisingly, this brief and somewhat forced encounter with 35mm was a turning point toward a more spontaneous, less contemplative style"

So, the series View From a Window was born of the first few rolls of 35mm film List ever shot in his life. The advantage of having 36 exposures at his disposal instead of the twelve he was more used to was well received, especially given that he could not get up quickly or even go out to buy more film. But also the format itself, which allowed composing images like a book-page, magazine spread, or film still must have pleased List, who rigorously cropped about two thirds of his 6×6 frames anyway, often by leaving pen marks and lines scraped into his negatives. The modest weight and dimensions of the technical equipment was an added benefit for the ‘not-so-young’, world-traveling photographer. Unsurprisingly, this brief and somewhat forced encounter with 35mm was a turning point toward a more spontaneous, less contemplative style, and revitalised List’s love for street-photography late in his career.

Some time later — ankle healed and films developed — List presented Scheler the darkroom results of his confinement. He was quite pleased with the formal aspects of his series, since they had coherent style and perspective which tied them visually together. This simplified composition enabled a strong focus on the protagonists of these street scenes and their actions. 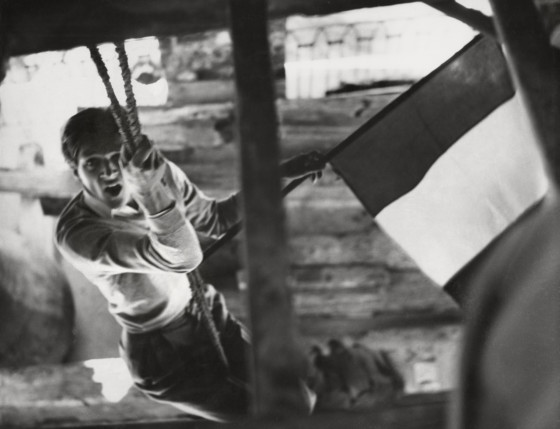 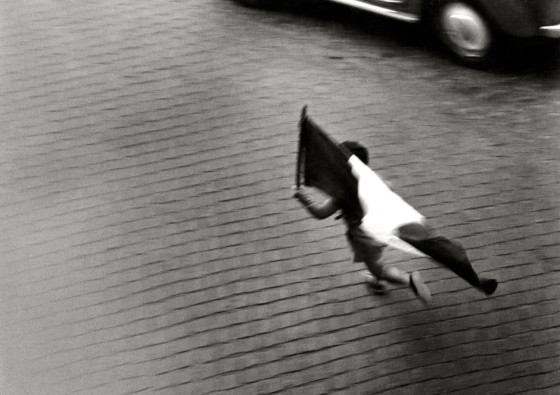 Max Scheler recalled List had all prints spread out on a large table. Scheler noticed one image in particular: ‘Little Garibaldi’ — a boy running down the street, the Italian flag in his hand. It reminded him of where he had spent his time while List shot that picture: he had been in Trieste documenting patriots on demonstration carrying the Italian flag, like the young man who had climbed the inside of a church campanile, a tricolore in his hand.

This parallel gave Scheler the somewhat resigned insight that while he was traveling far and wide to cover conflicts, tragedies, and celebrations, very similar events had also happened on a small scale in front of his own home. The full spectrum of human behavior and emotions can be seen from a window sill. It just needs a patient and sensitive viewer. 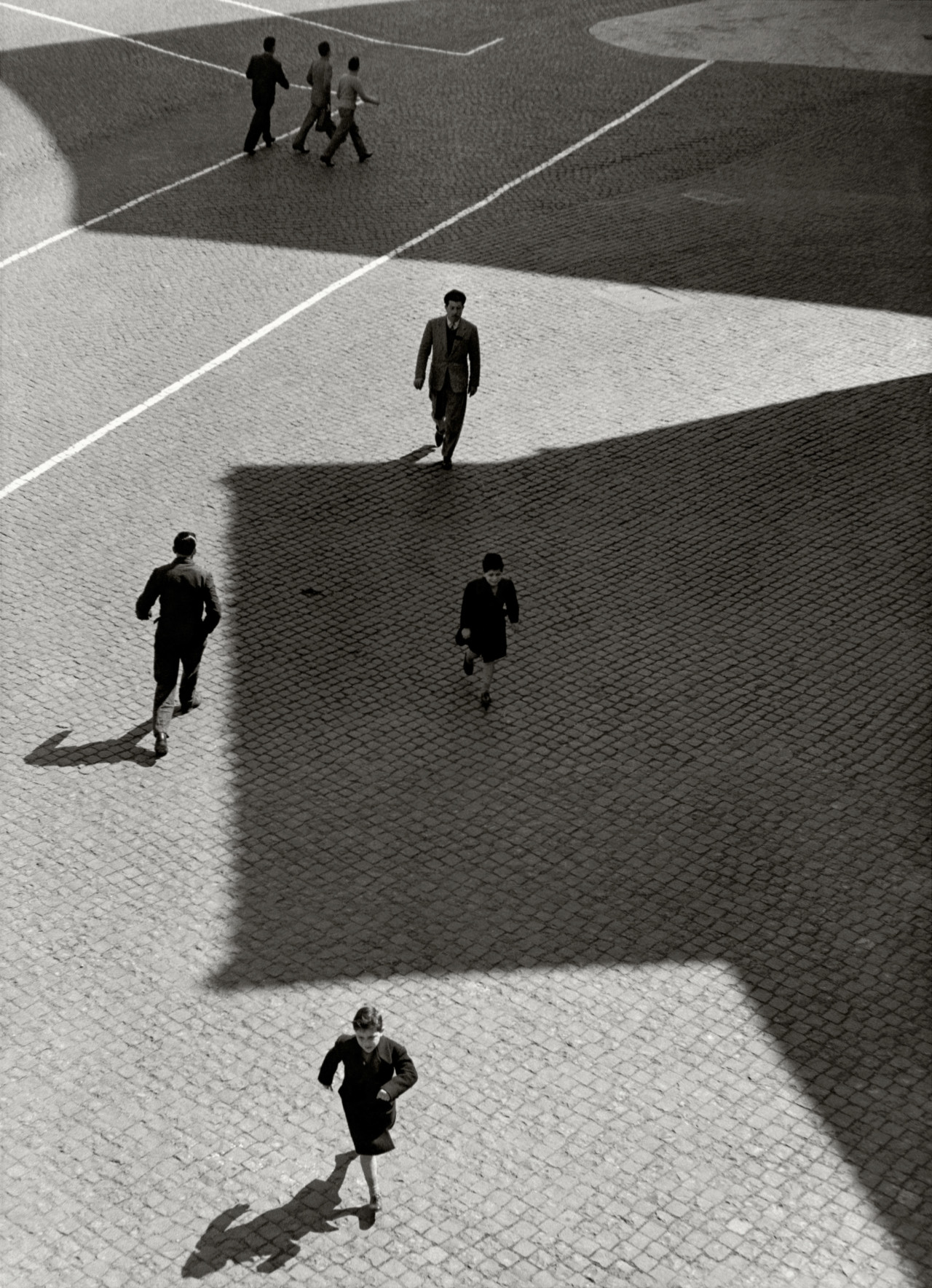