From leaving Nazi Germany to arriving in Paris, a darker period in Herbert List’s practice is examined by the director of his estate, Peer-Olaf Richter 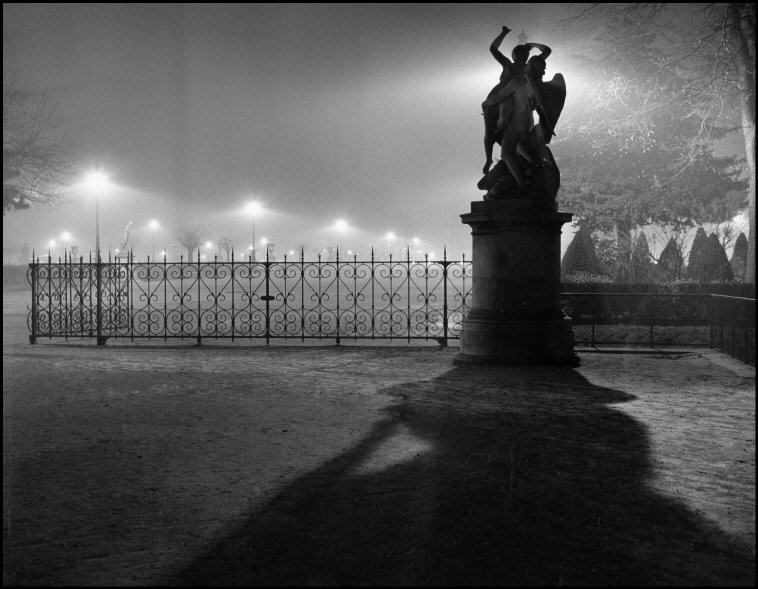 As photographs taken by German photographer Herbert List in the late 1930s are presented at the Magnum Gallery, co-curator Peer-Olaf Richter, who represents the List estate, writes about the political and personal context around this period of List’s photographic career, which spurned darker and more enigmatic work. 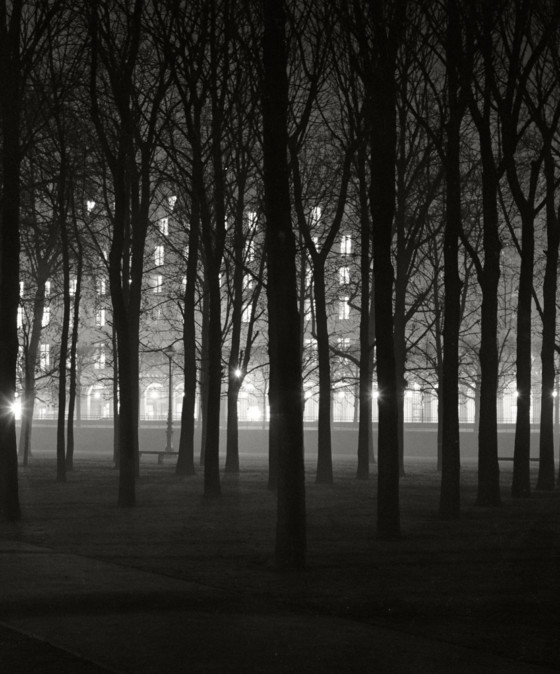 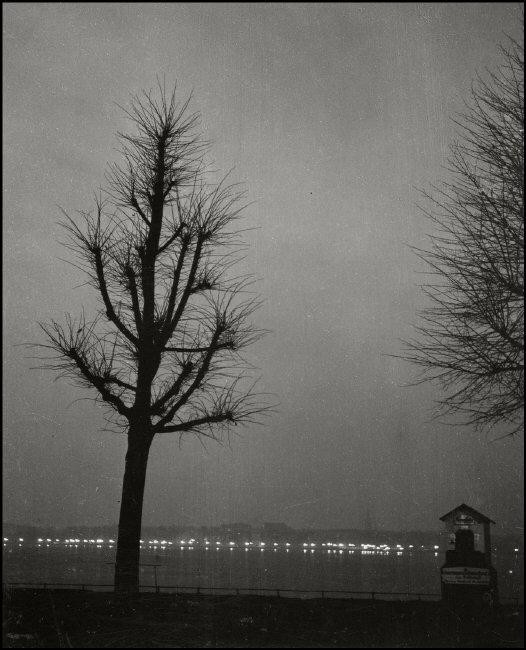 The year 1936 was decisive for Herbert List: the Nuremberg Racial Laws were announced the year before and private life in Germany became more and more regulated. Artist friends of his youth like Erika and Klaus Mann, or Andreas Feininger had long left. The part-Jewish photographer had received several warnings that his openly gay lifestyle and his intellectual contempt for the Nazis were reported to the Gestapo.

Together with his friend Ritti (Heinz Rittmeister) he left Germany and with it his bourgeois existence as a coffee merchant in his family’s enterprise. Both made a quick escape to Switzerland, then to the Italian Riviera. The sun-drenched images of this trip, like ‘Master and Dog’ at Portofino or the ‘Sunglasses’ at Lake Lucerne, suggest peace and tranquility paired with the beauty of life and companionship. Unfortunately, the summer of 1936 passed rather quickly for List and with it, reality set in that a life outside of Germany had to be organized and financed. 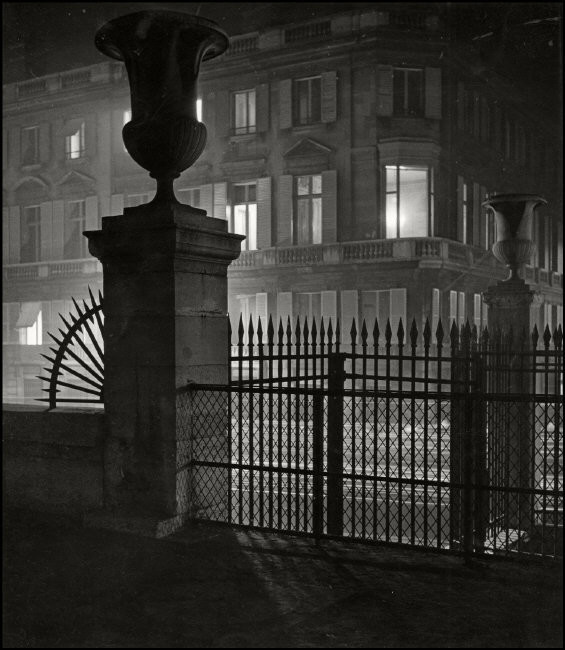 Herbert List followed a suggestion given to him by his friend, fashion photographer George Hoyningen-Huene, who he had met several years before. He established himself in cheap hotels in London and Paris to secure jobs as a studio-based fashion photographer. The following six months over the winter of 1936-37 must have been less pleasant. Despite his contacts with artists such as Cecil Beaton, Christian Bérard or Jean Cocteau, List remained deeply dissatisfied with the work offered and somewhat frustrated with the meager results of his ongoing efforts to establish a professional network. All this might have led to the realization that, by the fall of 1936, his escape to freedom and a Mediterranean life had turned into the hardship of emigration–inside and out. 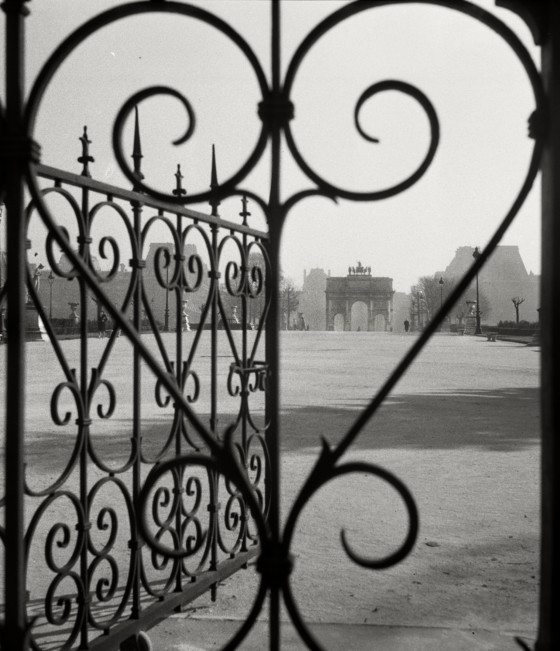 Herbert List View from the Tuileries to the Jardin du Carrousel and the Arc de Triomph. In the Background the Louvre. The playful design of iron gates have since been replaced with a different historical design (...)
. Paris, France. 1936. © Herbert List | Magnum Photos
License | 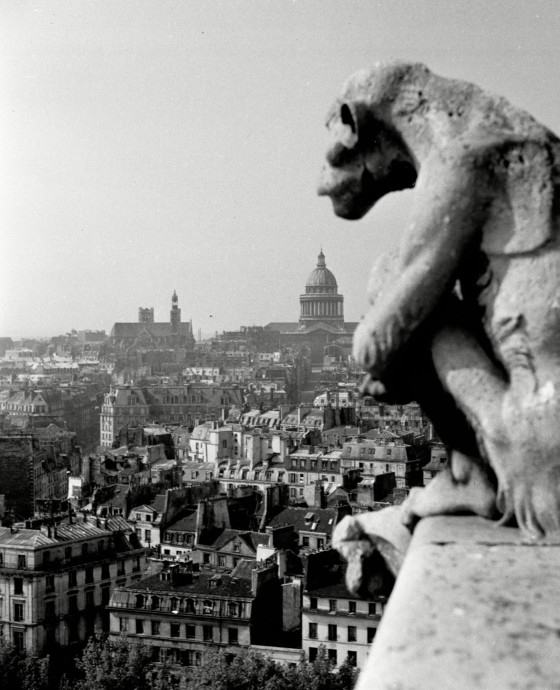 List’s images of this period reflect these circumstances. They became darker and more enigmatic, like the stills he shot in a London studio after the fashion shoot was over. The claustrophobic scene of the bound ‘Female Slave’ or the burning cigarette referring to the passage of time and transience in ‘Ashtray’ are the most known examples of late 1936. 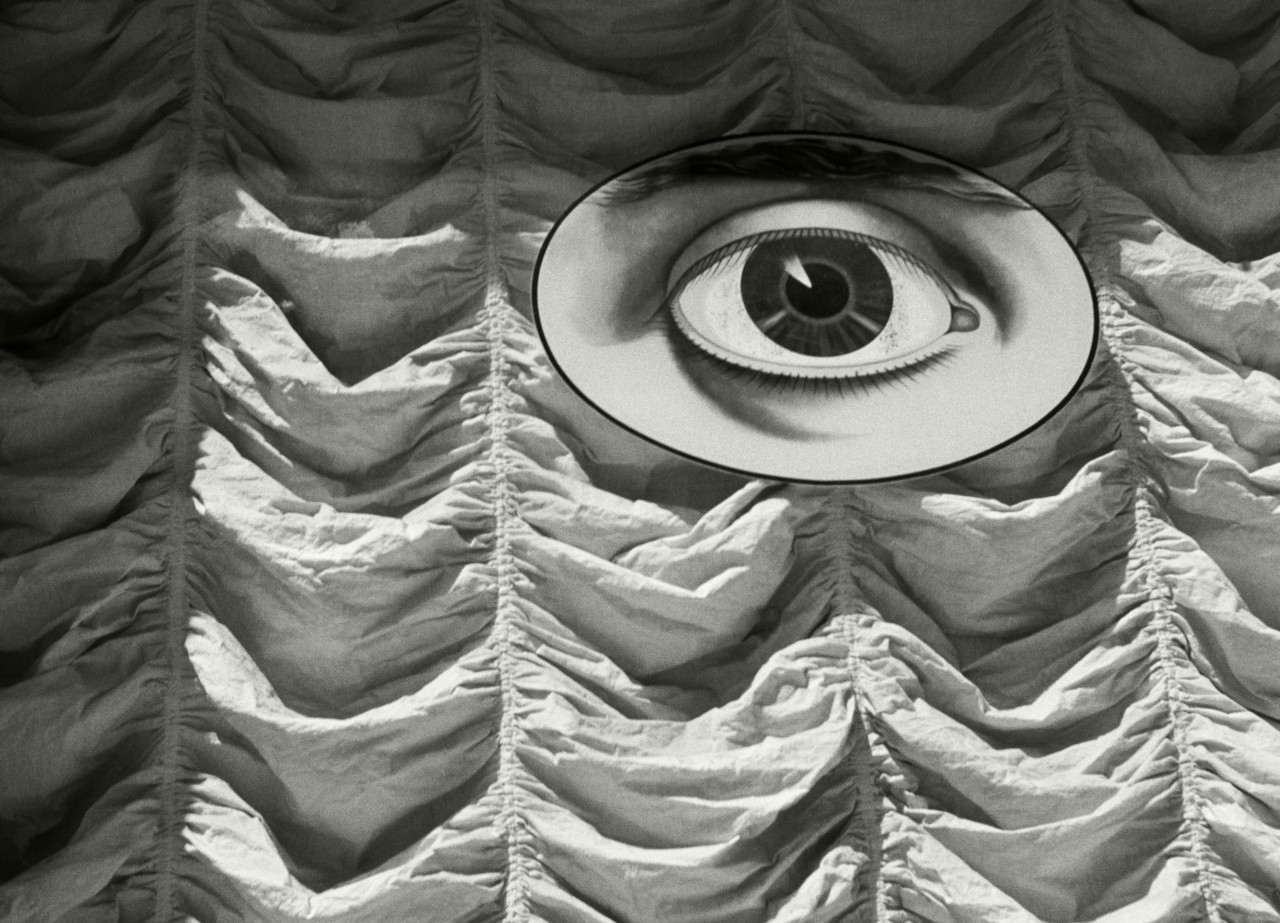 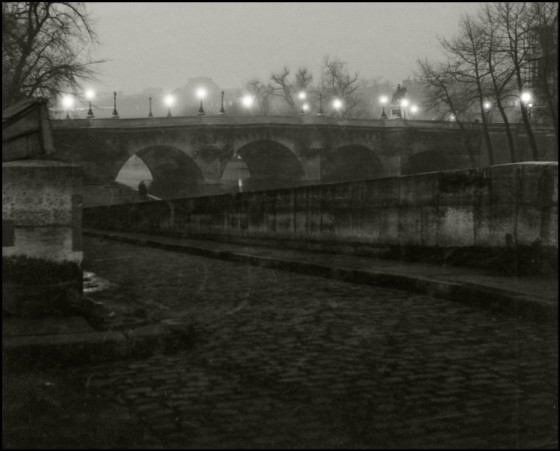 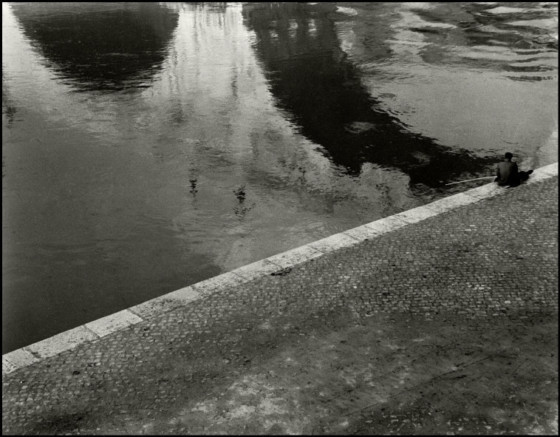 It seems List’s vision of Paris in the winter of 1936 and 1937 has little to do with the city of love, but with Paris as La Ville Lumière of the19th century. Half of List’s images of the city are dedicated to the absence of light and a gloomy atmosphere created by gaslit streetslights. The dark Tuileries become a secret enchanted garden of an uninhabited metropolis. List’s visual exploration of night-time is already present in his earliest images of his home town of Hamburg. The dense atmosphere dusk limits our view to a few details that matter. In particular, stills like ‘Goldfish Bowl’ or ‘Bottle with Newspaper’ come alive with blackness, which seems to serve as a backdrop to make us see the magical luminescent force of light. 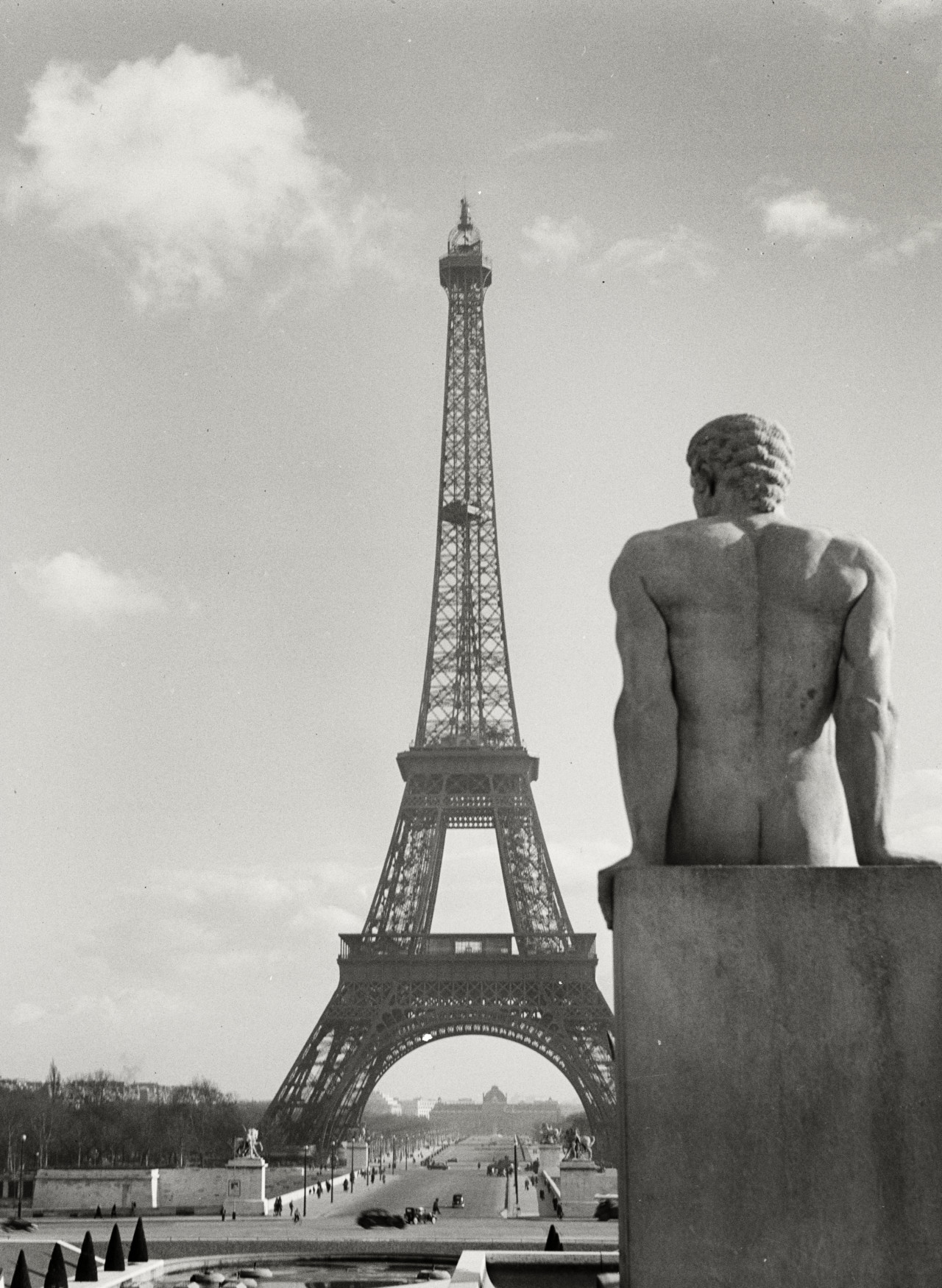 The other half of the images are captured in daylight. They offer little warmth, though the sun might be shining. Bare trees in the Tuileries, rising moisture in the air and heavy winter coats do their part to convey a feeling of winter. The icy atmosphere continues at the Jardins du Trocadéro before the opening of the World Expo of 1937. The marble of the statue of Pierre Traverse and granite of the German Pavilion seem cold to the touch compared to the sensual marble of Greek antiquities List captured in the years to follow. The most prominent image of springtime in 1937 is the veiled statue of German sculptor Josef Thorak in front of the Nazi Pavilion. List notes some prophetic words on the back of the print: “Germany is marching, but does not see where to”. 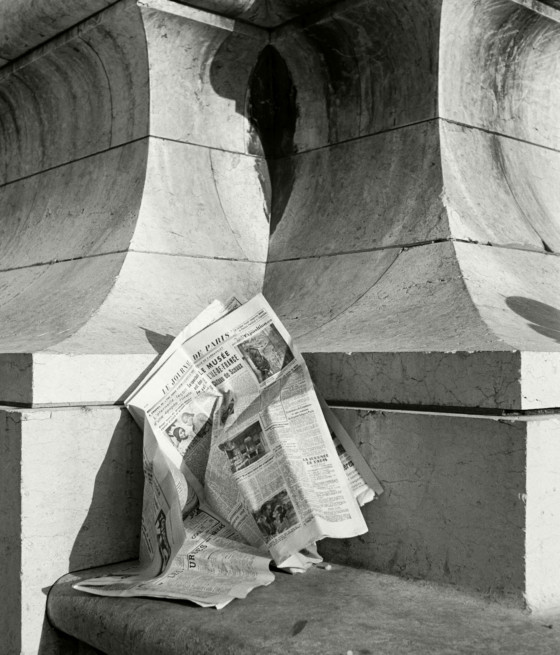 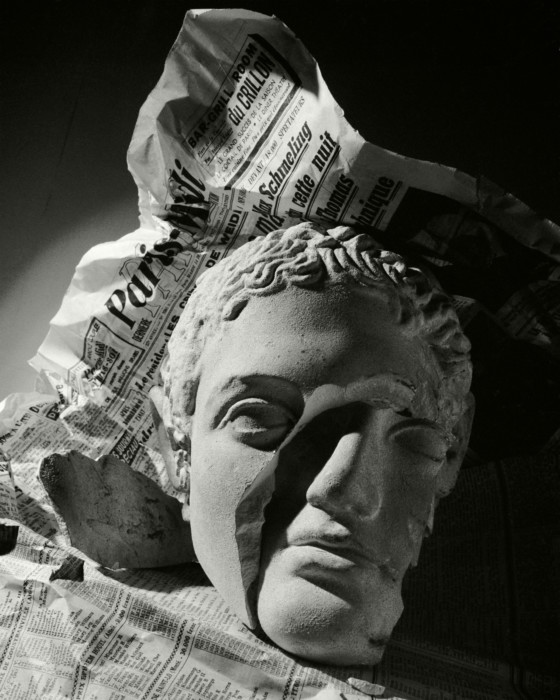 The dark impressions of Paris seem at odds with our concept of List as the master of Mediterranean sunlight, which shapes his work in the years to follow. But his vision of a black Paris is very much in line with his overall mastery of atmosphere and likeable aesthetic. When his images capture a mood, or a sentiment paired with a strong vision, his work communicates most convincingly. The first years in Paris might not have been the best of times but they were the catalyst to a darker visual language. This language is best understood with the knowledge of List’s romanticist roots and his interest in surrealist art.

Dusk might be harboring the irrational but ceases to be threatening when there is faith that the remaining light will guide us to see what is relevant. In List’s words: “Like drawing,photography is the art of leaving out, the one is made to stand for the many, right detail for the whole, clear, concentrated form for profusion… Less is almost invariably more.”

Works by List are on show at the Magnum Gallery’s Ground Floor. Photographs of Paris by Elliott Erwitt are on show on the second floor and at La Hune Gallery, Paris, from February 25 to April 7. For fine print sales inquiries contact: simone.klein@magnumphotos.com 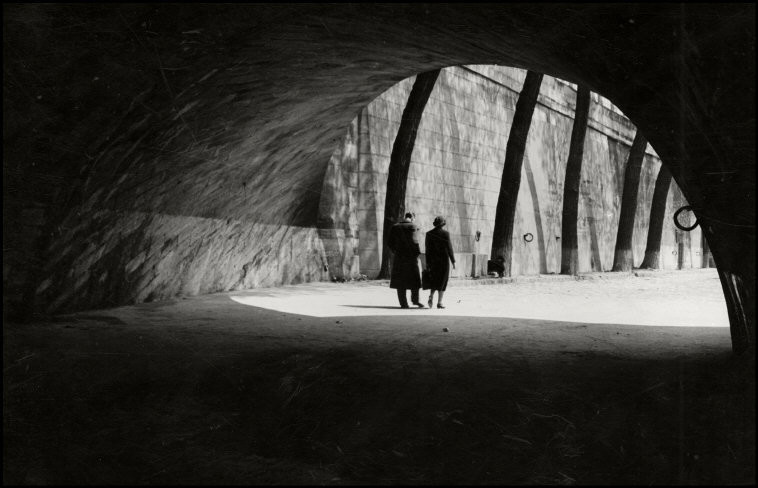