The photographer recalls a welcome, relaxed assignment with the pair, following a 47,000 mile drive through Africa and Asia 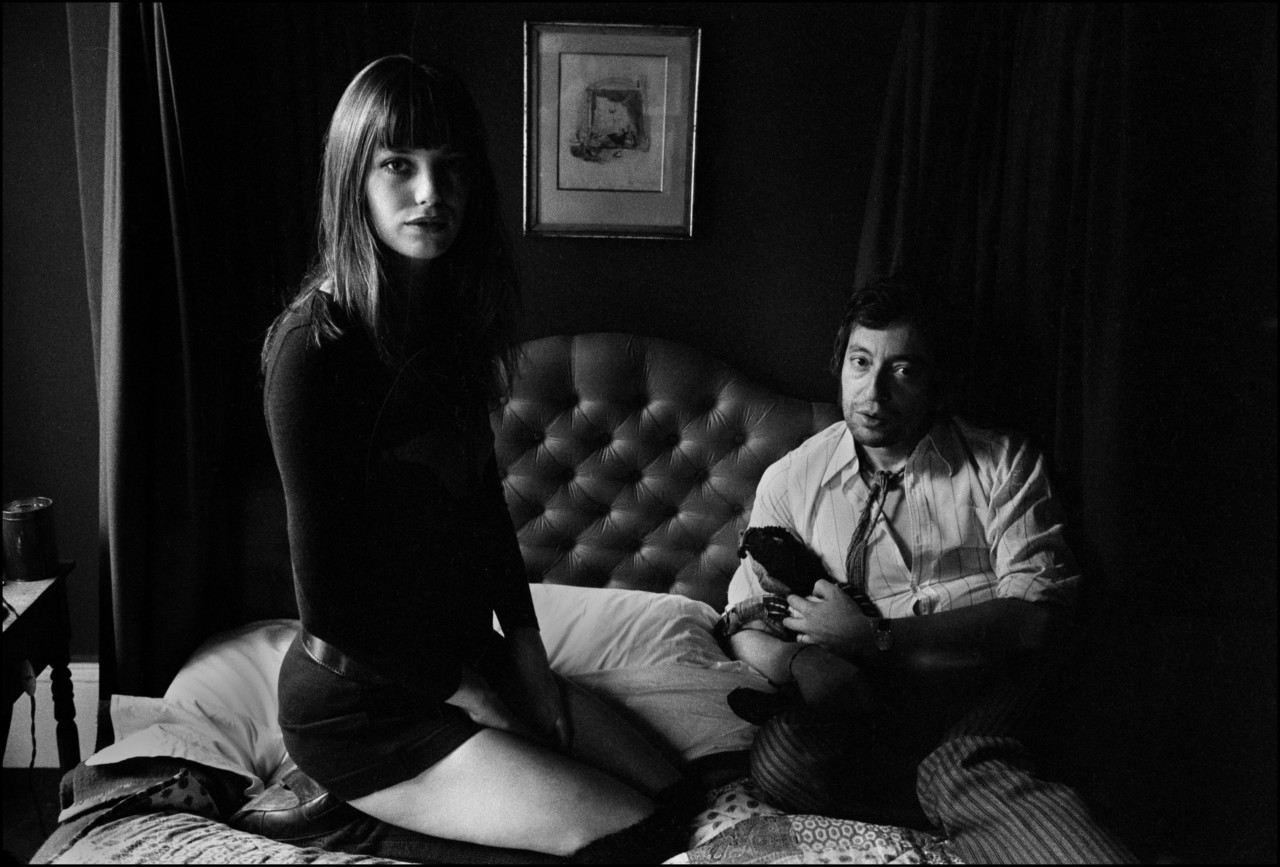 Ian Berry Jane Birkin OBE is an English actress and singer based in France. She is known for her relationship with Serge Gainsbourg and for having a Hermes bag named after her. In recent years she has writt (...)
en her own album, directed a film and become an outspoken proponent of democracy in Burma. Here she sits with Serge Gainsbourg in their Paris flat. Paris. France. 1970 © Ian Berry | Magnum Photos

In 1970 Ian Berry, freshly returned from a gruelling trip across three continents, found himself in the small Paris flat of French singer and pop-culture icon Serge Gainsbourg, and English singer and actress Jane Birkin. The pair — hugely recognizable figures of the 1970s music and youth culture scene – were at the time two years a relationship often played out in the public eye, through photographs, but also through their own music – not least the ranuchy duet ‘J’taime… moi non plus”, which would be banned in several countries because of its lyrical content.

Here, Berry reflects upon the making of his famous portrait of the pair — itself something of an anomaly in his work — and the strikingly relaxed nature of this assignment.

Berry’s portrait of the couple (above) is now available – for the first time ever – as a limited edition 8×10″ Magnum stamped print. You can see all images available in this selection— the first collection of Magnum Editions— and learn more about the 8X10″ prints here, on the Magnum Shop. 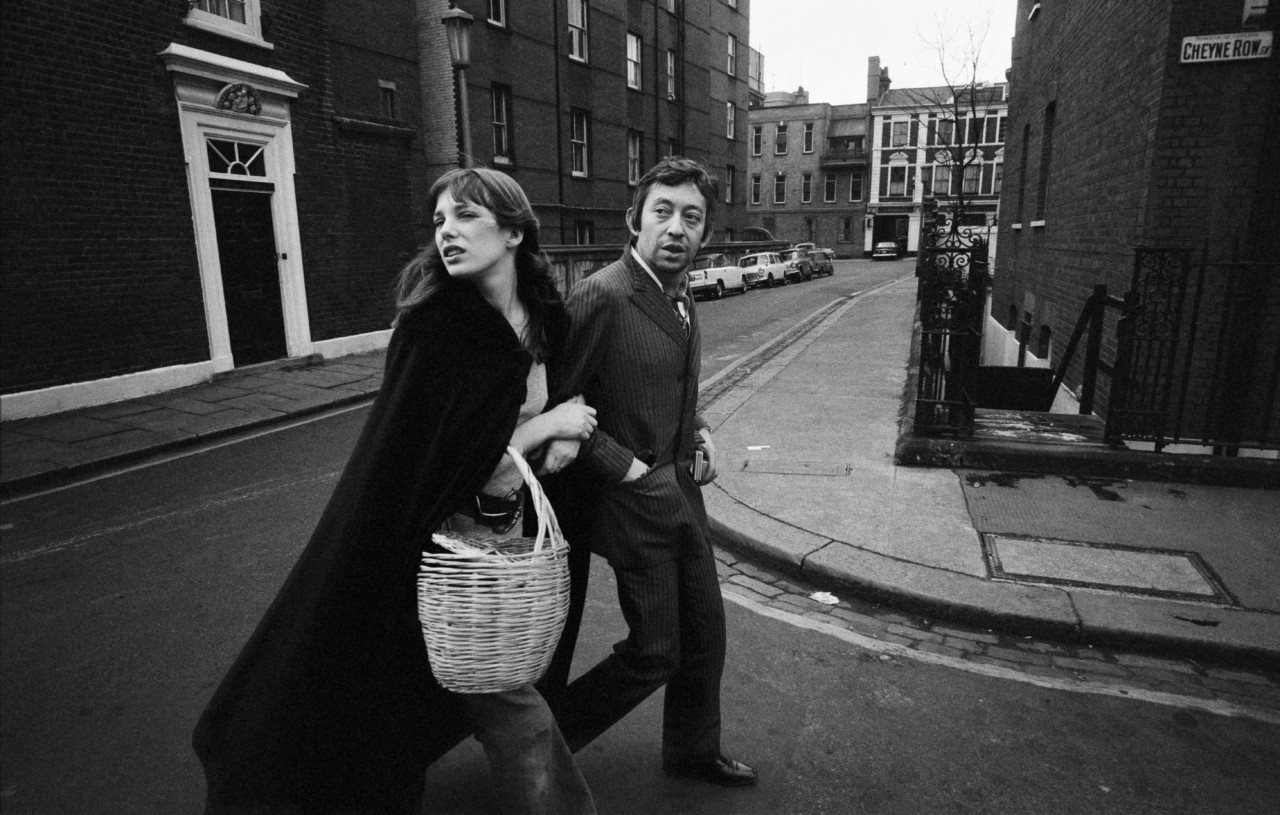 How did you come to make this image?

It is really not the sort of photograph I would normally shoot at all, not the sort of thing most would think of me shooting. But, I had just come back from a seven-month trip around Africa and Asia, and this was the first job I had after that. I think it might even have been that someone in Magnum’s Paris office thought I could do with a nice job like this after a long trip.

What was that trip?

I had an incredible assignment – come up with by Jimmy Fox [Magnum’s editor in chief for 30 years] – to shoot something for the Encyclopaedia Britannica: it was to photograph in seven countries in west Africa. I had to do individual stories in each on everything from a politician to a cocoa farmer, people doing ordinary jobs: someone in Mali working in a milk factory, or a ballet dancer in Ghana. The only way I could do it was to drive – that was easier than flying at the time as flights from anglophone to francophone countries were tricky. I bought a Land Rover and drove from London to West Africa. I shot all these stories, then drove to South Africa but I couldn’t get the visas to come back to the UK, so I drove back to East Africa, put my Land Rover on a cargo ship to what was then Bombay, drove up to Kashmir, and then back to London. I did 47,000 miles on the one trip. 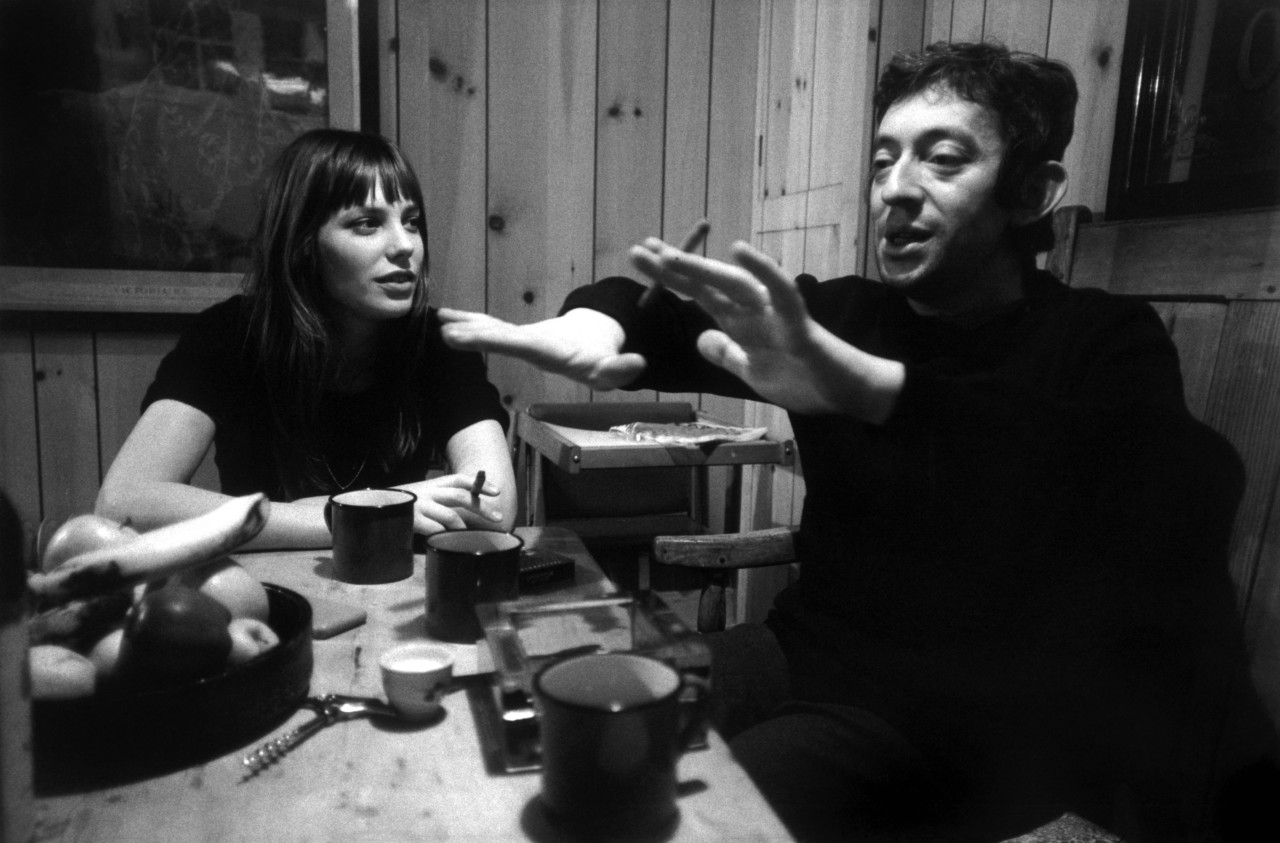 Given that itinerary it makes sense that they might have thought you deserved a more lowkey assignment.

That’s how it worked back then. This was so in contrast to what I had been doing on the trip – maybe they thought it would be relaxing for me. It was similar after I had photographed the Soviet invasion of Prague. They sent me to photograph a beauty contest that for whatever reason was relocated from Paris to the Congo. Ludicrous – but that’s how bureau chiefs thought in those days.

I can’t remember if I was living in Paris or London at the time, but a magazine asked me to go and shoot a story on the two of them – Serge Gainsbourg and Jane Birkin. As I said – it’s really not the sort of image I normally make. I have never been a singer-actor-type photographer. I mean, I’m the guy who got assigned to go and shoot The Beatles in Jamaica and managed to arrive the day after they left. That’s about my score on photographing personalities… But occasionally these jobs come up, and you go and do them. 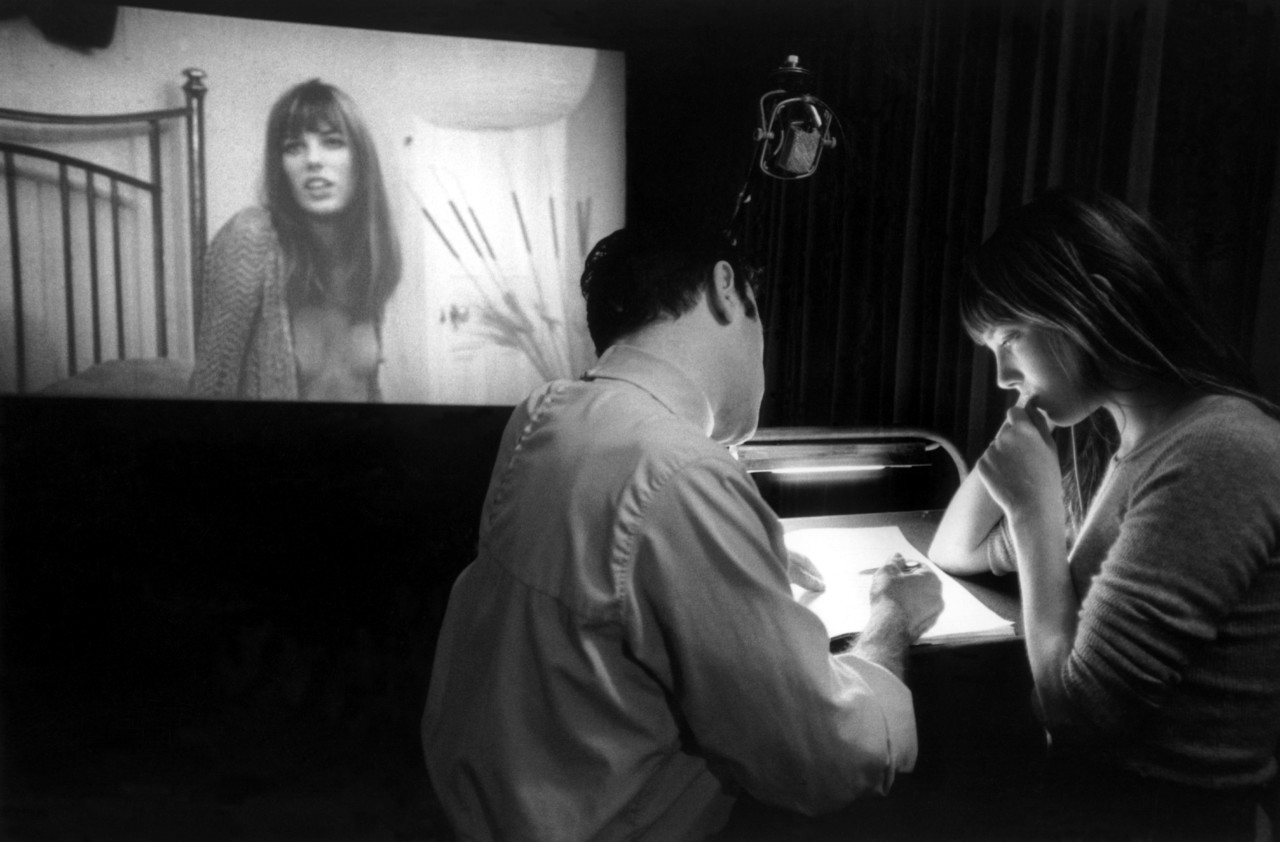 How was the mood on the shoot? It all seems rather intimate, especially the photograph of them together on the bed.

They were both terrific. I spent the whole day with them, we had lunch, dinner, I went shopping with Jane, and god knows what – the sort of thing you would absolutely not expect to be able to do these days on an assignment. I would imagine you have an agent outside the door telling you you have 15 minutes. It was all really relaxed, and as you would want it to be. Maybe people just were more relaxed back then. It was 1970 after all.

They didn’t ham anything up – and actually, the photo [of them on the bed together] is not a set-up picture, though it does somewhat look like it. I didn’t orchestrate it at all. I honestly can’t remember how we ended up in the bedroom, probably better not to think about it!  But anyway – they just went on with their life as it were and I followed them around shooting.

That is a picture that appeals to a lot of people and has sold a lot of prints over time. At the moment my wife is collating a lot of my prints and press cuttings – we have buckets of stuff here. But so far we haven’t found anything on that story – which is odd. At the time I was doing a lot of work for Paris Match – so maybe this was for them. 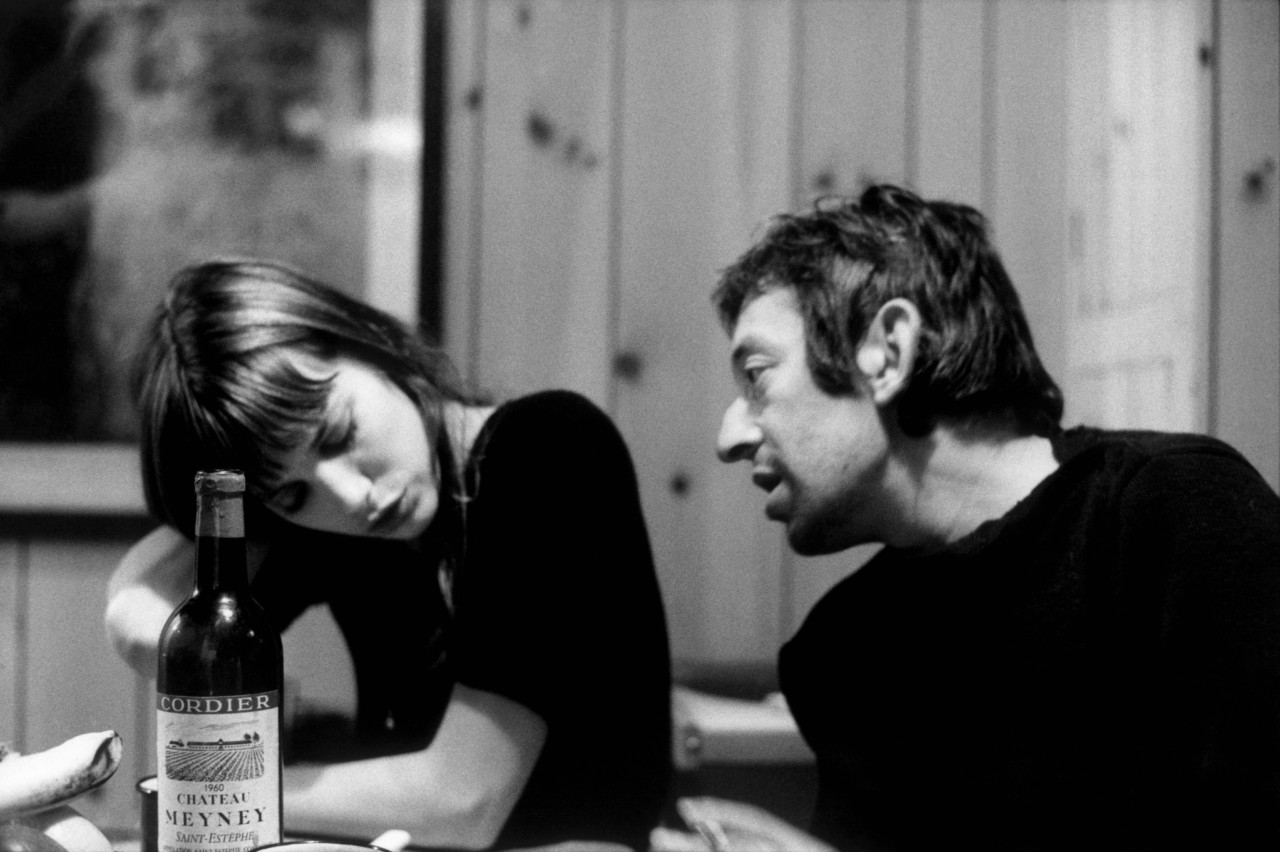 There was no one else there – no outside management, or anyone to interrupt. And no journalist from whatever magazine sent me. We shot in other rooms in the house – one where they were watching a film and making notes – as well as roaming the streets and so on. But all the indoor shots were made in their flat, with just the three of us.

What would you have been doing otherwise, had you not been at their flat?

This was a time when [Magnum photographers] were really covering the world. Back then I would have been shooting through my story list – as many as 30 stories a year. So – I would have probably been doing one of those! Of course the whole scene has changed since then.

Is there anything surprising about this image, beyond the fact the subject matter is somewhat unusual within your archive?

I am a bit surprised now I think about it that having sat around with them all day, I have no idea how we came to be in the bedroom. It was a fairly small apartment, maybe they went in there to listen to music or something… I recall them sat there, it was of course the era of miniskirts, and she was almost wearing this skirt, and I just shot away.

Without looking at the contact sheet I really couldn’t tell you how this particular image came to be made, or how it fitted into that day. 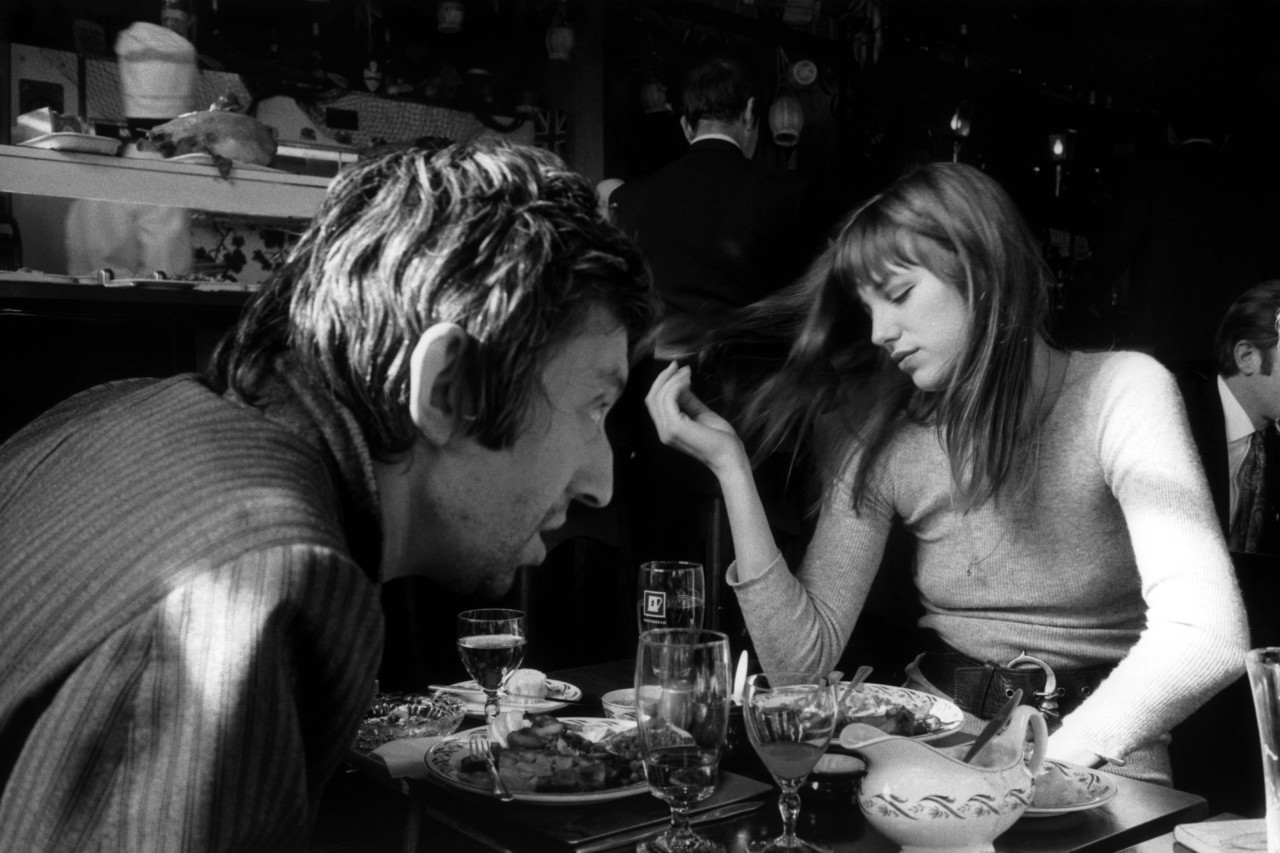