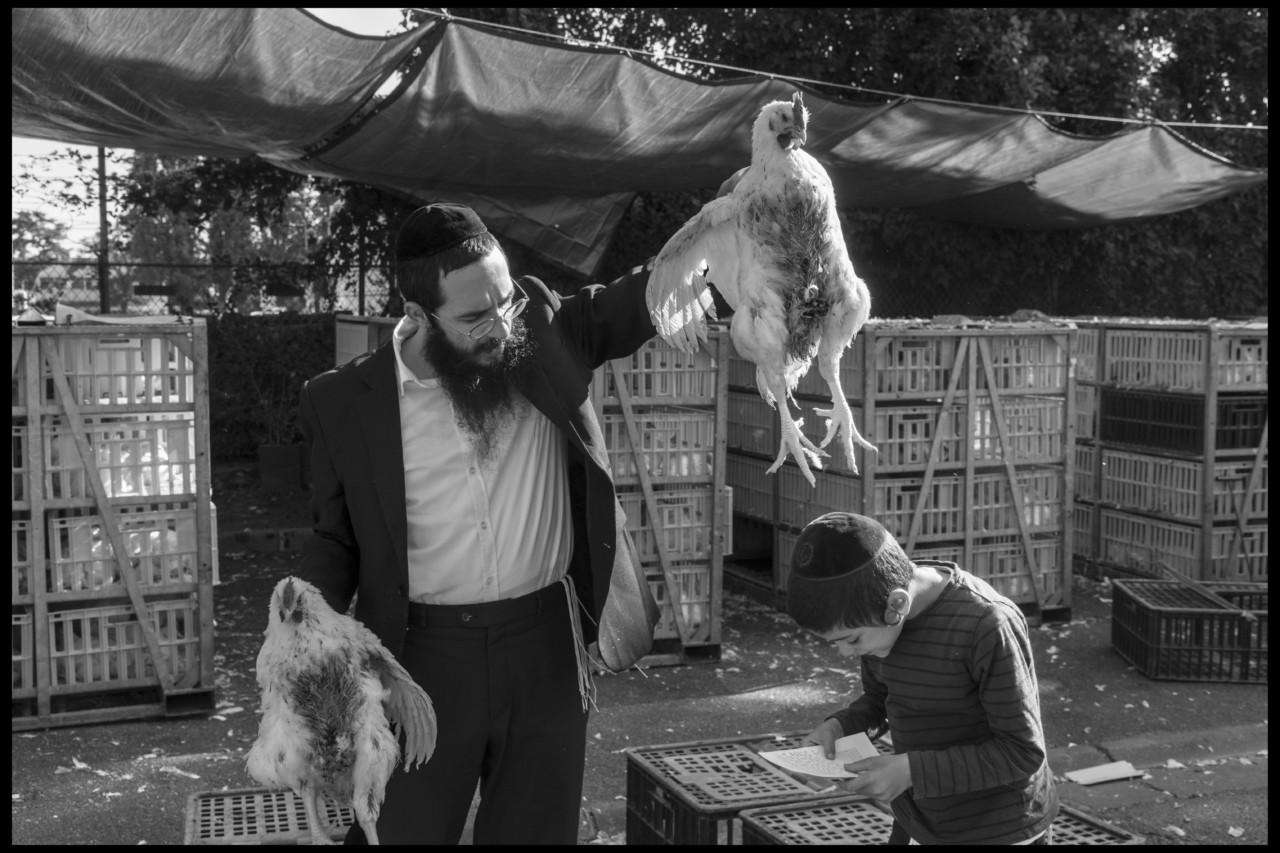 19
Abbas A hen is swung over one's head as a substitute for atonement for the years sins. The sect of Lubavitch provide the hens for a fee and then send them to be slaughtered, the meat distributed to chari (...)
ty. An Orthodox Jew prays before performing Kapparot. Paris suburb of Genevilliers, France. 2016. © Abbas | Magnum Photos
License | 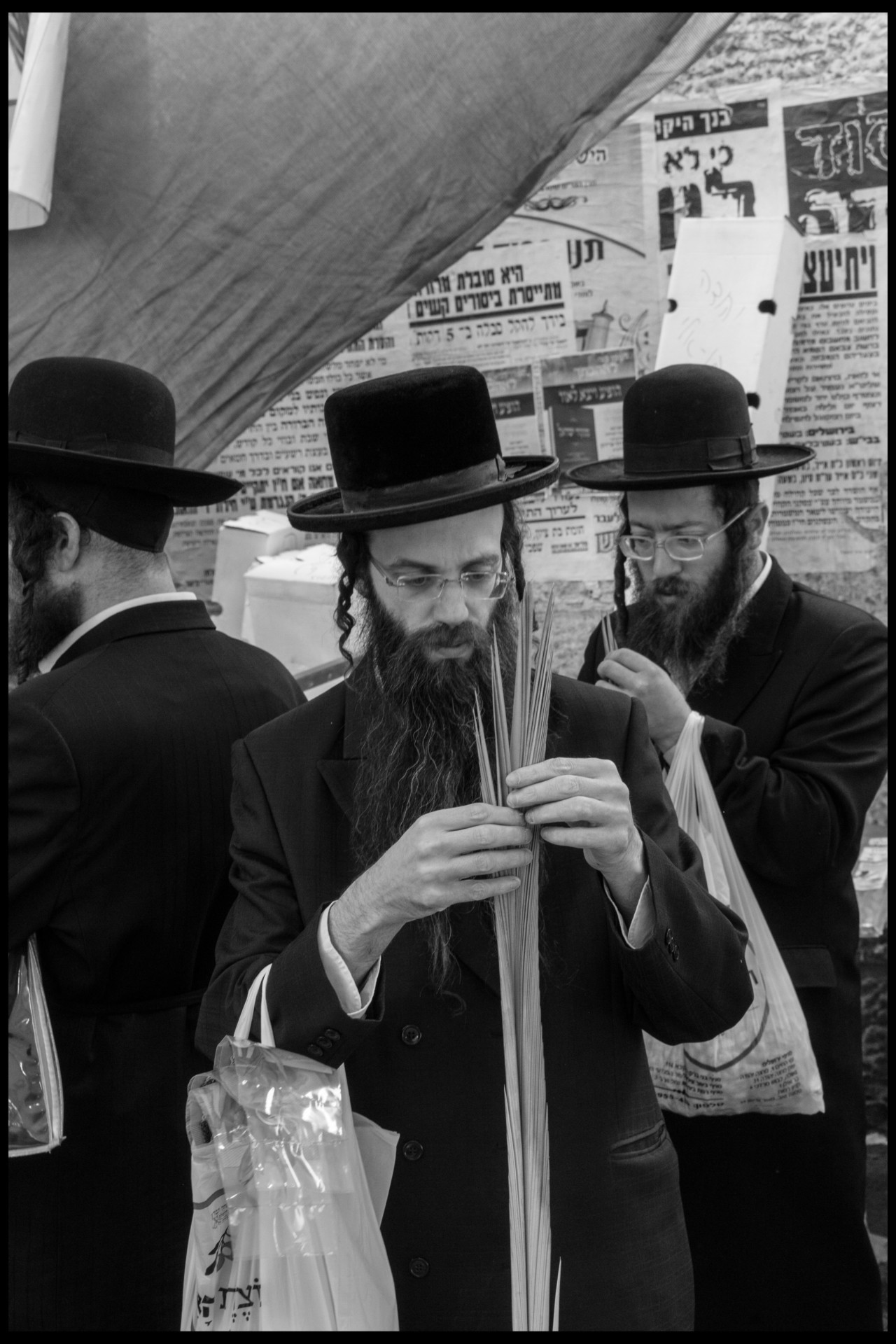 19
Abbas Orthodox Jews buy the four species to be used during prayers in Sukkot, the Feast of the Tabenacle, which are carefully checked to see if they are kosher. Jerusalem, Israel. Oct. 16, 2016. © Abbas | Magnum Photos
License | 19
Abbas Orthodox Jews buy the four species to be used during prayers in Sukkot, the Feast of the Tabenacle, which are carefully checked to see if they are kosher. Jerusalem. Israel. Oct. 16, 2016. © Abbas | Magnum Photos
License | 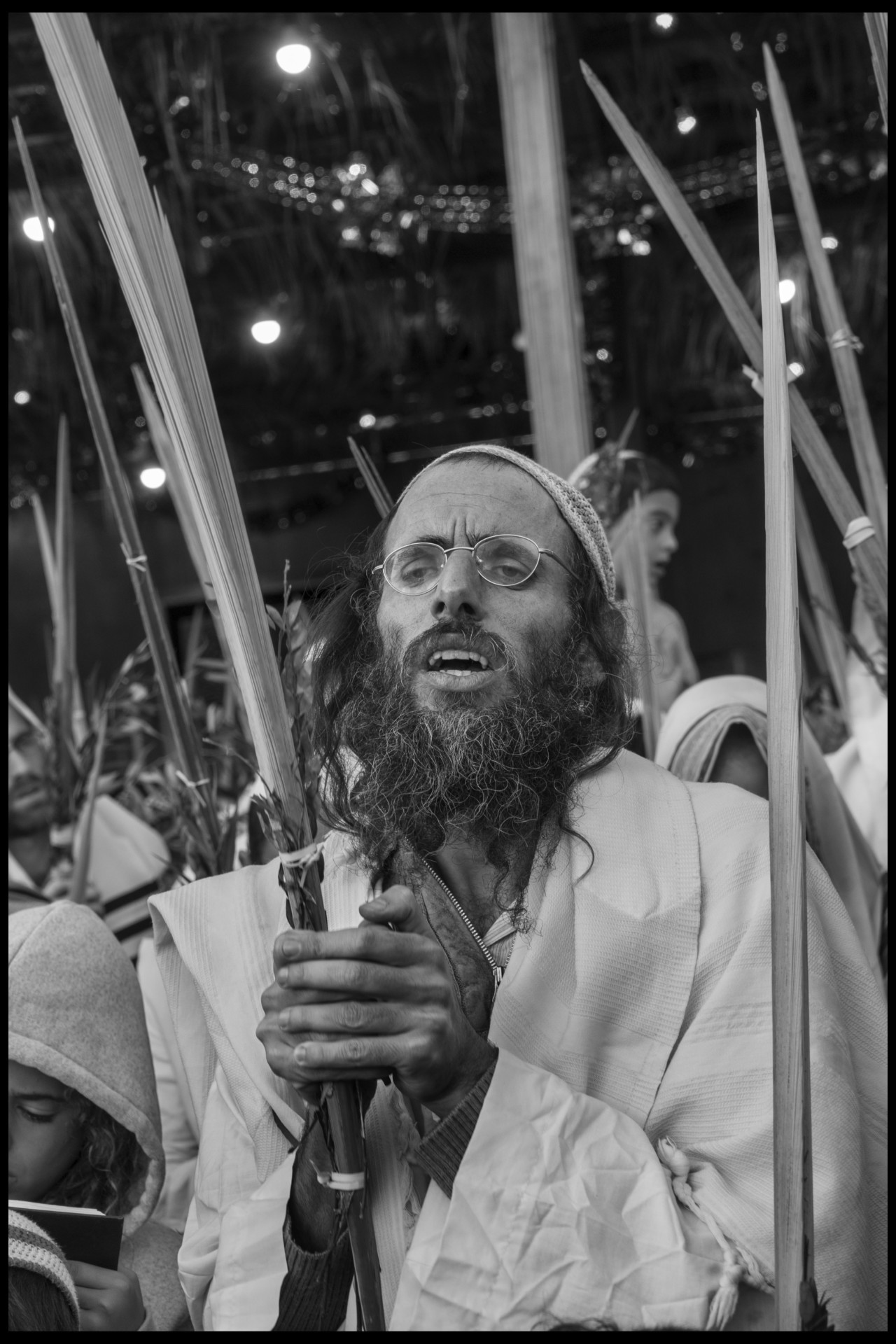 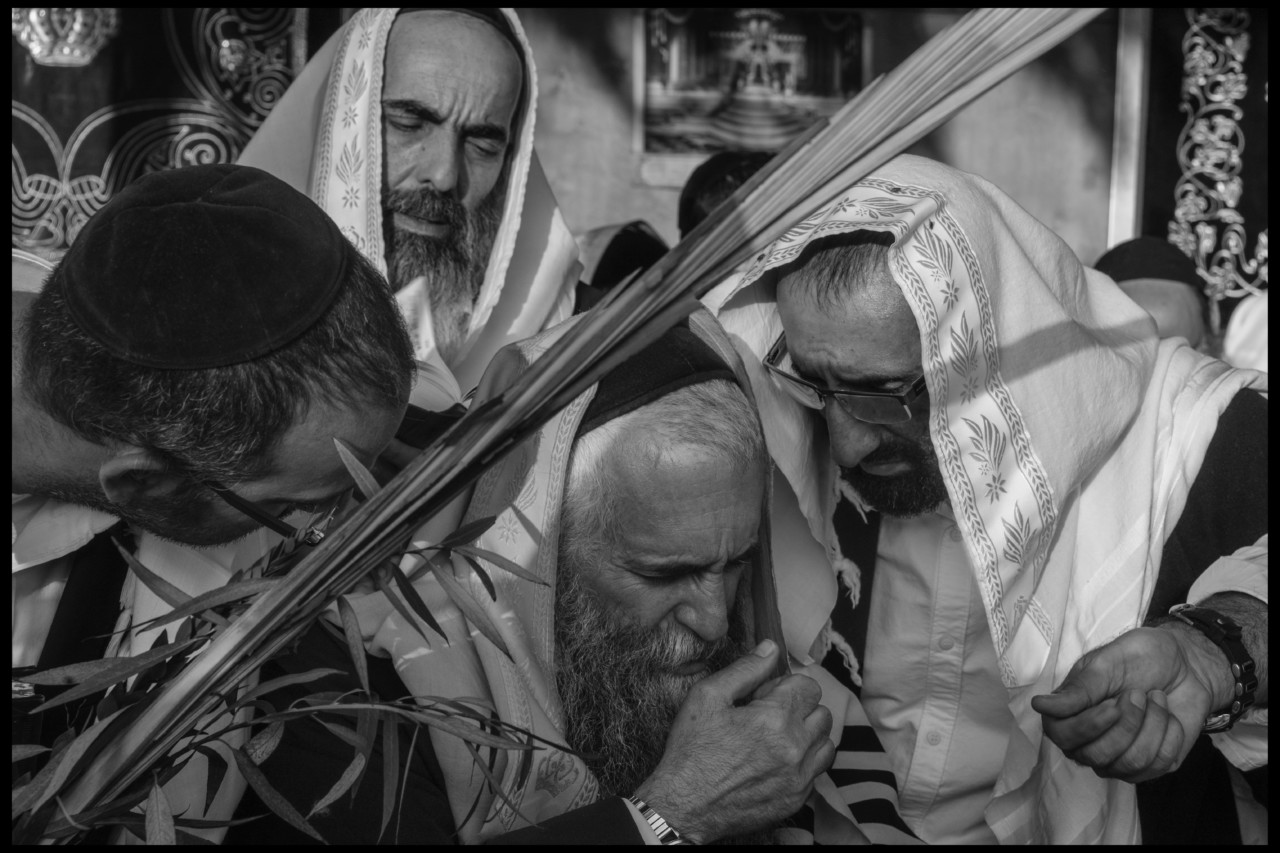 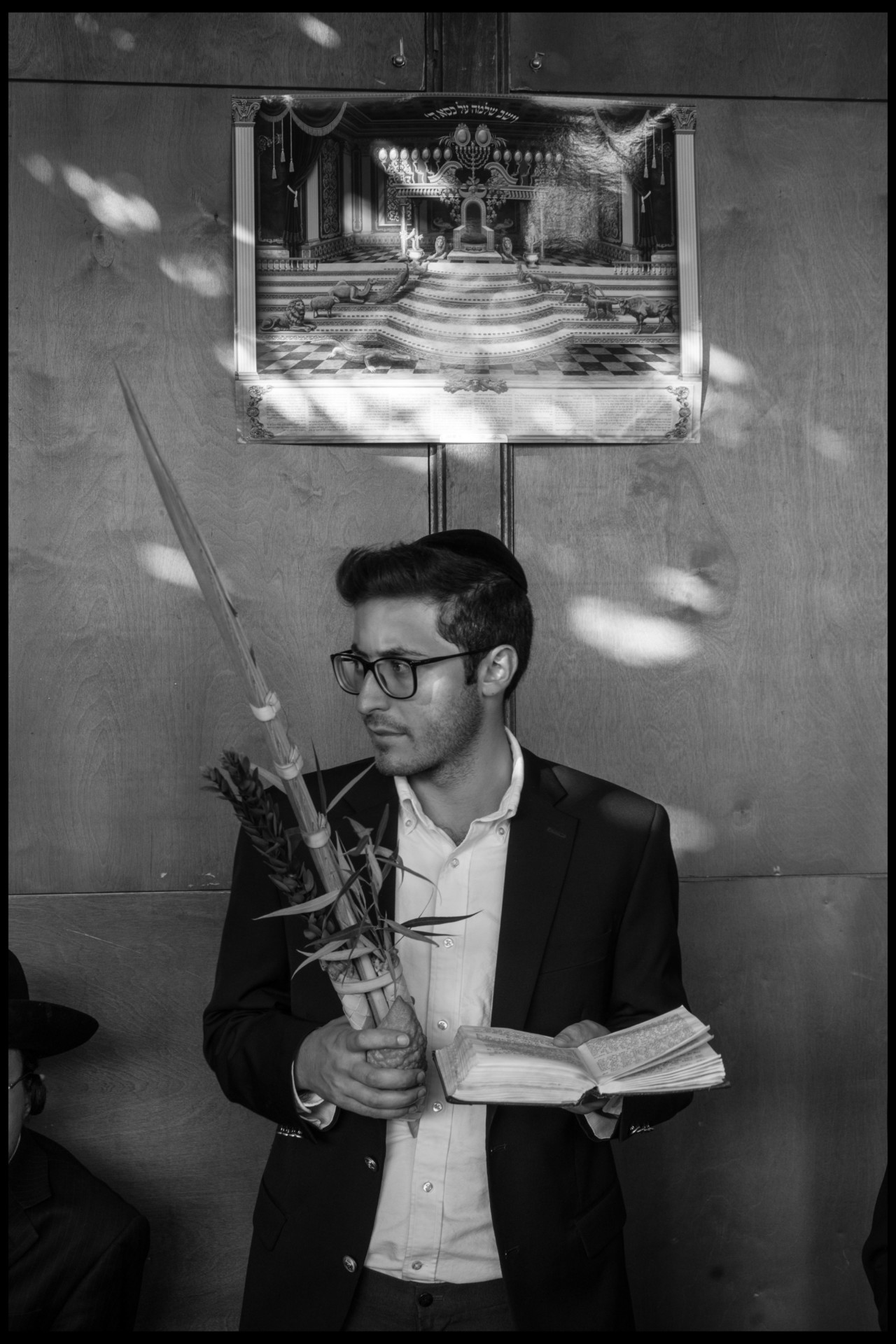 19
Abbas A Jew celebrates Sukkot by praying under a sukhat, a hut at the Western Wall, while holding the four species. Jerusalem, Israel. October 23, 2016. © Abbas | Magnum Photos
License | 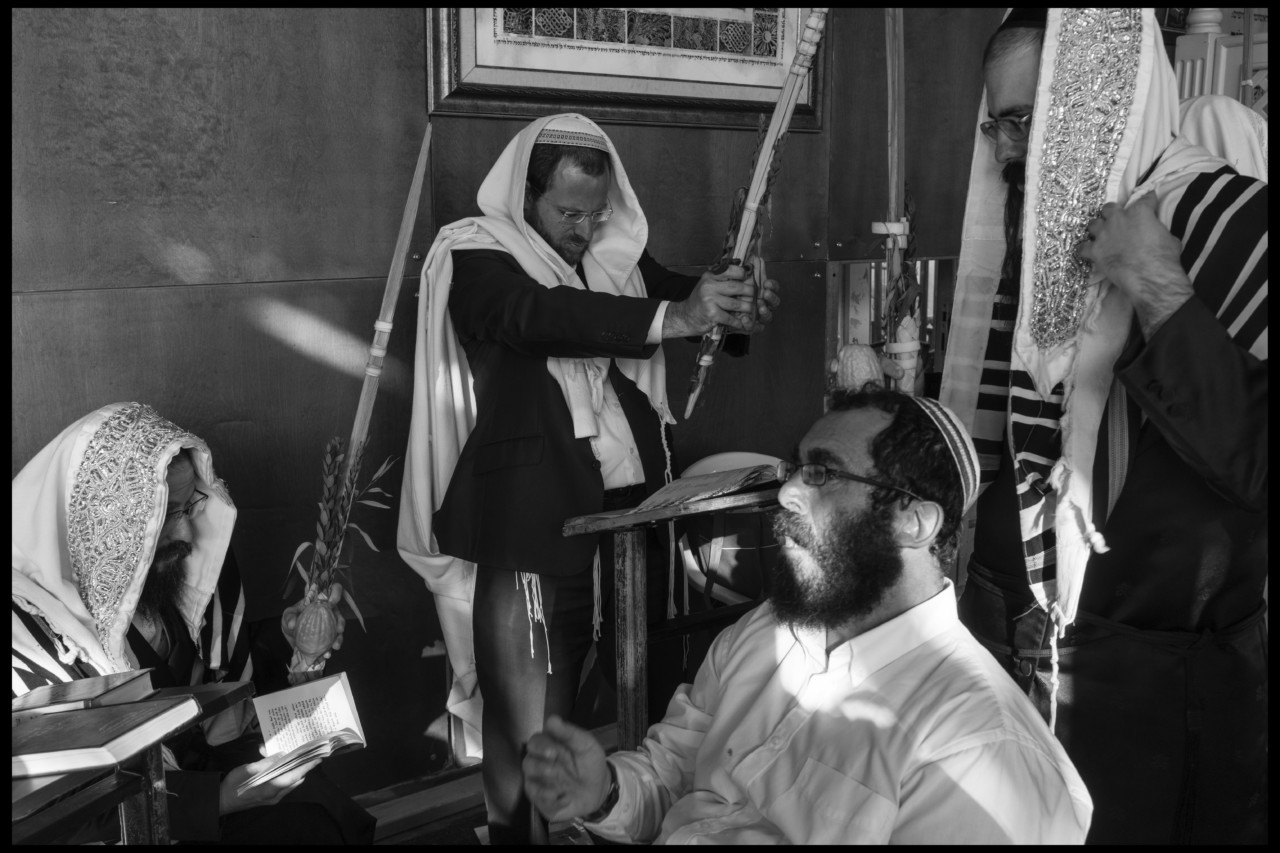 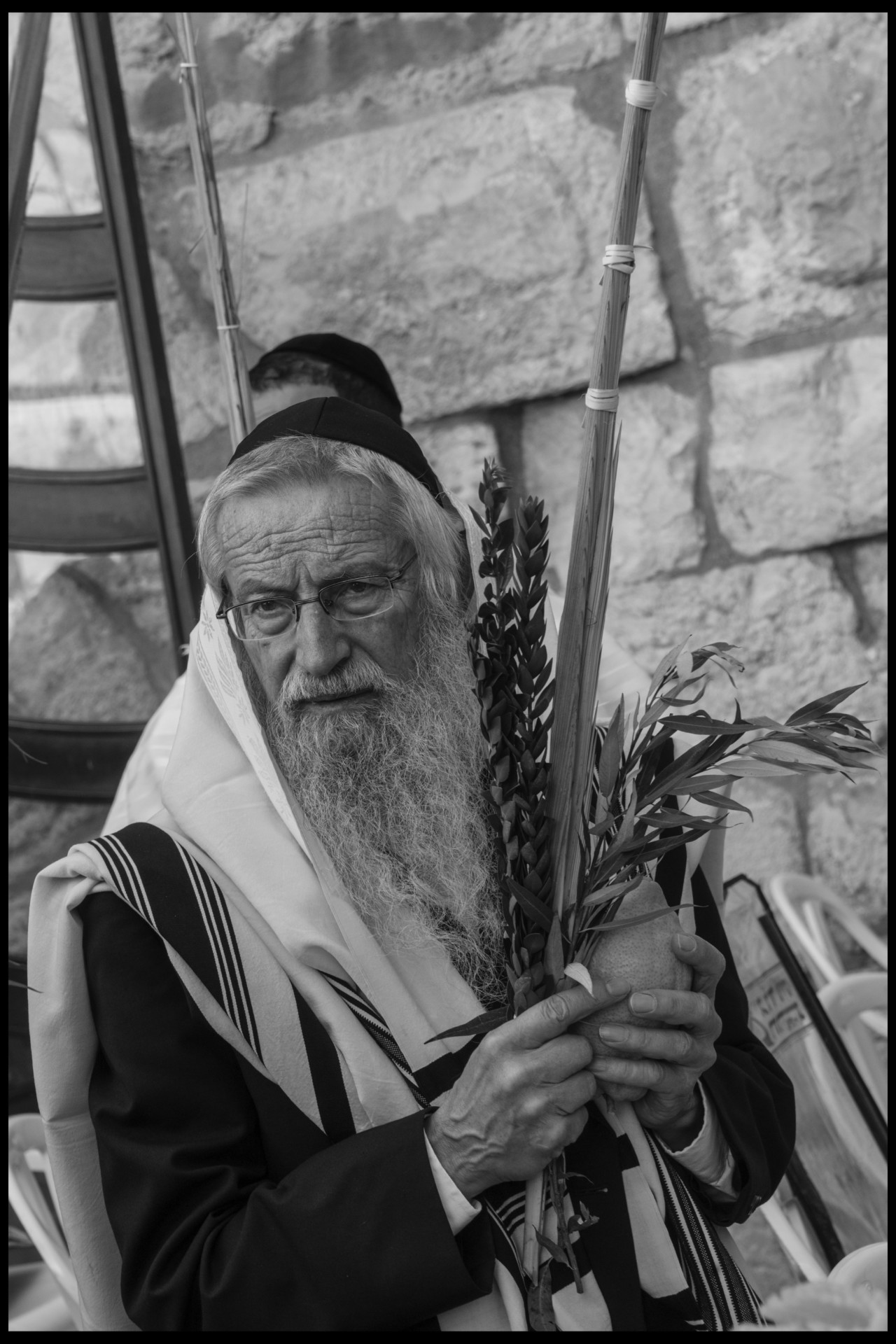 19
Abbas Jews celebrate Sukkot by praying at the Western Wall, while holding the four species. The Torah scrolls are raised for all to worship. Jerusalem, Israel. October 21, 2016. © Abbas | Magnum Photos
License | 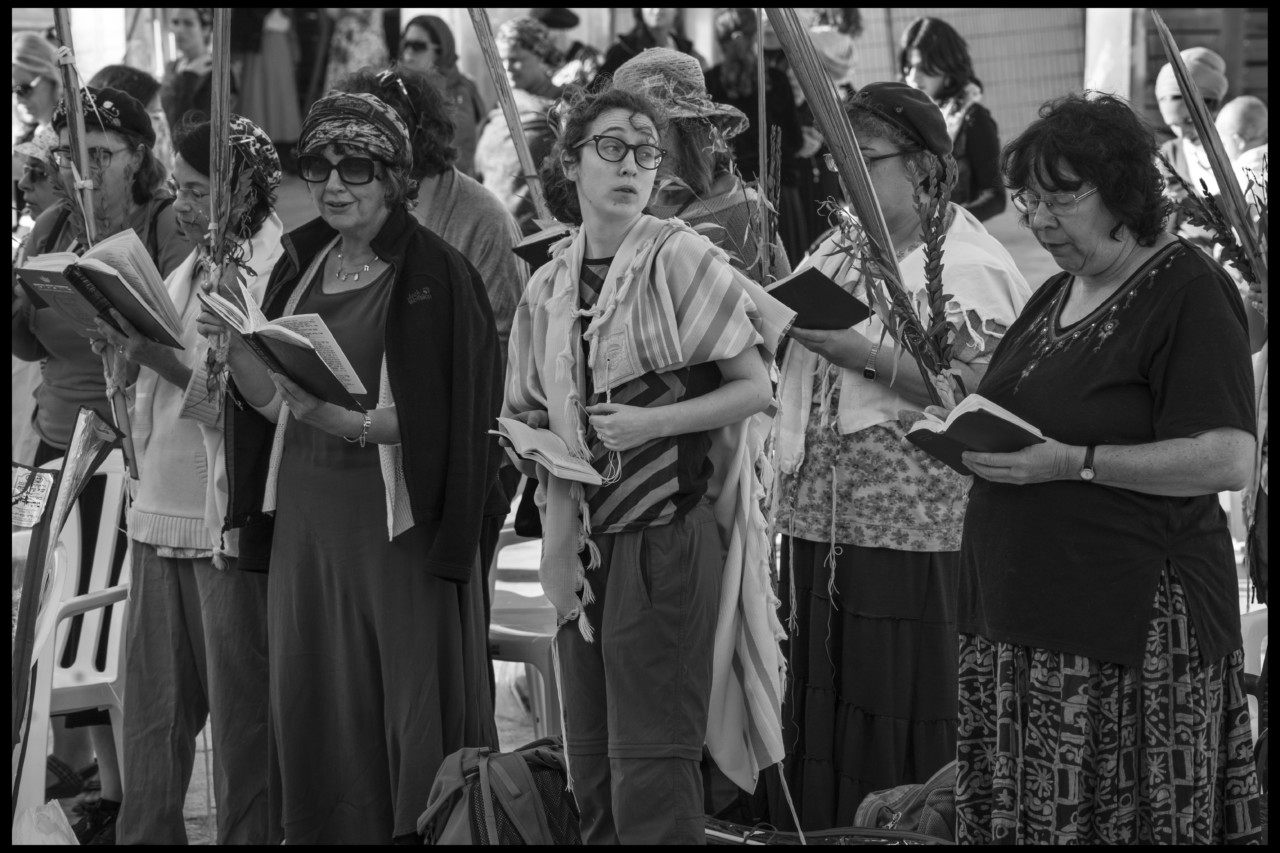 19
Abbas Women of the Wall, a controversial feminist group whose aim is to follow the rituals usually used by men, celebrate Sukkot at the Western Wall while holding the four species. Jerusalem, Israel. 2016. © Abbas | Magnum Photos
License | 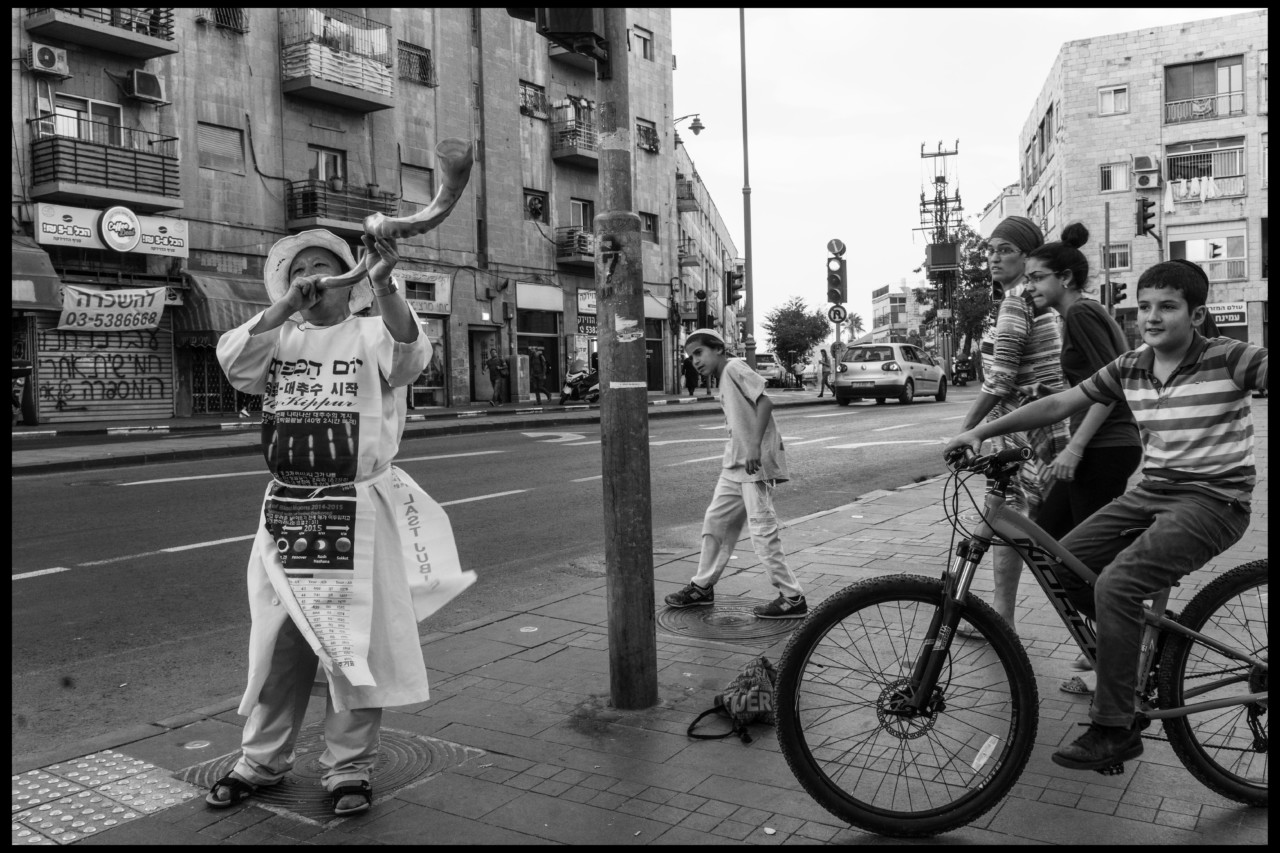 19
Abbas Israelis and Christians on the Jerusalem March, an annual festive parade in the middle of the week long celebrations of Sukkot. Jerusalem, Israel. 2016. © Abbas | Magnum Photos
License | 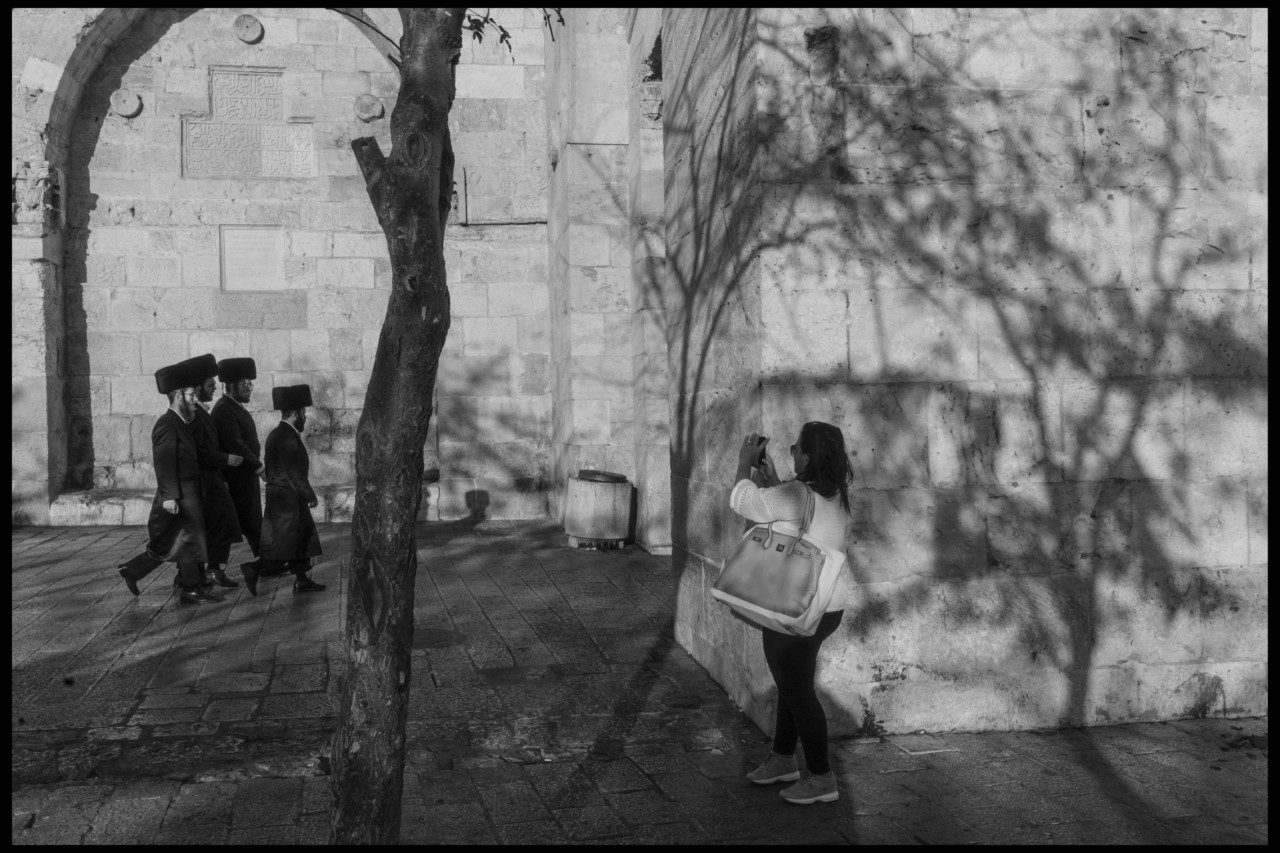 From ancient rites to contemporary practices, Abbas has documented religion and beliefs in the modern world throughout his career. Here, he presents his recent work photographing the Orthodox jewish rituals of Kapparot and Sukkot.

On the eve of Yom Kippur, the day of atonement for the Jews, takes place the ritual of Kapparot: to collect the year’s sins, a rooster is held above the head of the celebrant, who reads a special prayer, sometimes on a smartphone. The hen is slaughtered and its meat given to the needy and the poor as an act of charity.

Yom Kippur is followed by the ritual of Sukkot, the Feast of the Tabernacles, when Jews remember the mythical crossing of the desert, by erecting a hut made of palm leaves. In the Torah, God commands Moses: “On the first day you shall take the product of hadar trees, branches of palm trees, boughs of leafy trees, and willows of the brook.” (Lev. 23:40), and. “You shall live in booths seven days; all citizens in Israel shall live in booths, in order that future generations may know that I made the Israelite people live in booths when I brought them out of the land of Egypt.” (Lev. 23:42-43).

For seven days, Orthodox Jews perform the morning prayers by holding the lulav, the four species, “a fruit of the citron tree, an unopened palm frond, myrtle branches, and willows that grow near the brook”. Orthodox Jews take this command literally by spending much time to make sure the palm leaf is unopened and the citrus fruit kosher. In the orthodox neighbourhood of Mea Sharim, Jerusalem, rabbis, seat in synagogues and check palms and fruits under a magnifying glass.

At the Western Wall of Jerusalem, the Sidor is a very fervent prayer performed on the last day of Sukkot. The Women of the Wall, a controversial feminist group performs the prayers while holding the lulav, a ritual usually restricted for men.