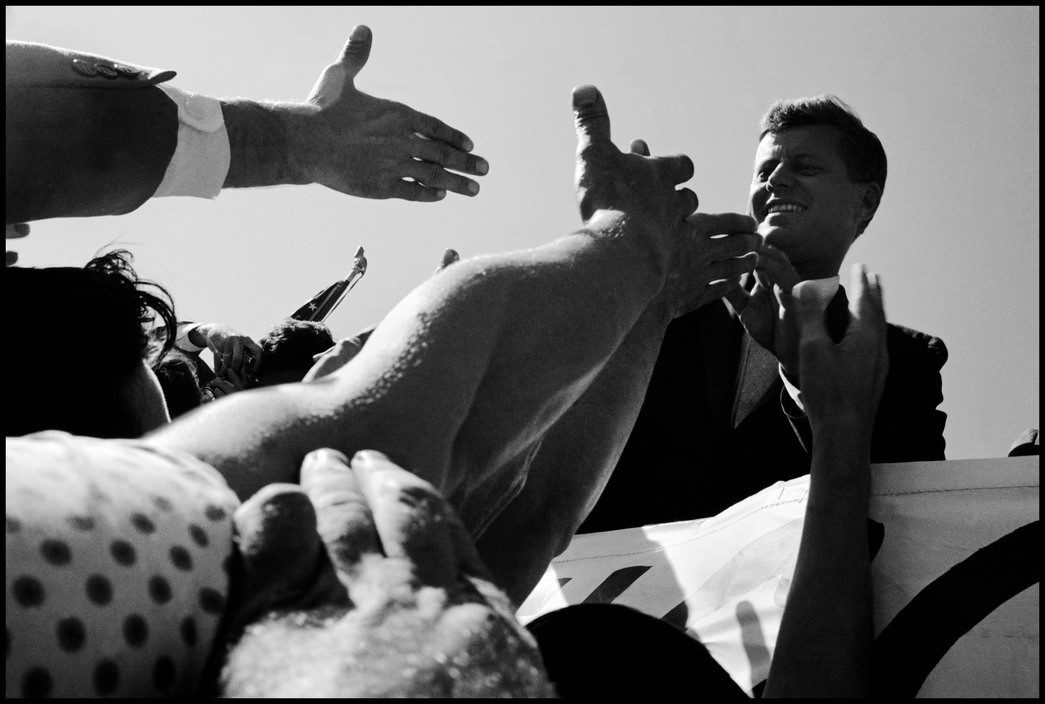 A newly-expanded collection of contact sheet prints, featuring seminal Magnum images and records of history-defining moments, includes the below image sequence of John F. Kennedy and his team at work in the Oval Office in 1961. You can read more about contact sheets, and the making of classic images, in Magnum’s series here. Shop Cornell Capa’s print here, and explore the whole contact sheet collection on the Shop here.

A number of Cornell Capa’s images from John F. Kennedy’s campaign trails are also collected in a new selection of fine prints. Shop the prints here.

“Politics, the greatest of American sports, was to remain one of the dominant preoccupations of my work well into the 1960s,” wrote Cornell Capa, Magnum photographer, and founder of the International Centre of Photography, in New York. The younger brother of Robert Capa, one of the agency’s co-founders, Cornell’s contribution to photojournalism was notably distinct from that of his sibling. Where Robert was foremost a war photographer, Cornell was a self-proclaimed photographer of peace; his work dealing primarily with the themes of social justice and politics. His coverage for Life Magazine of John F. Kennedy’s successful presidential run in 1960 is notable for being both a documentation of an important event in American history and an intimate portrait of the country’s youngest ever elected President’s rise to power. 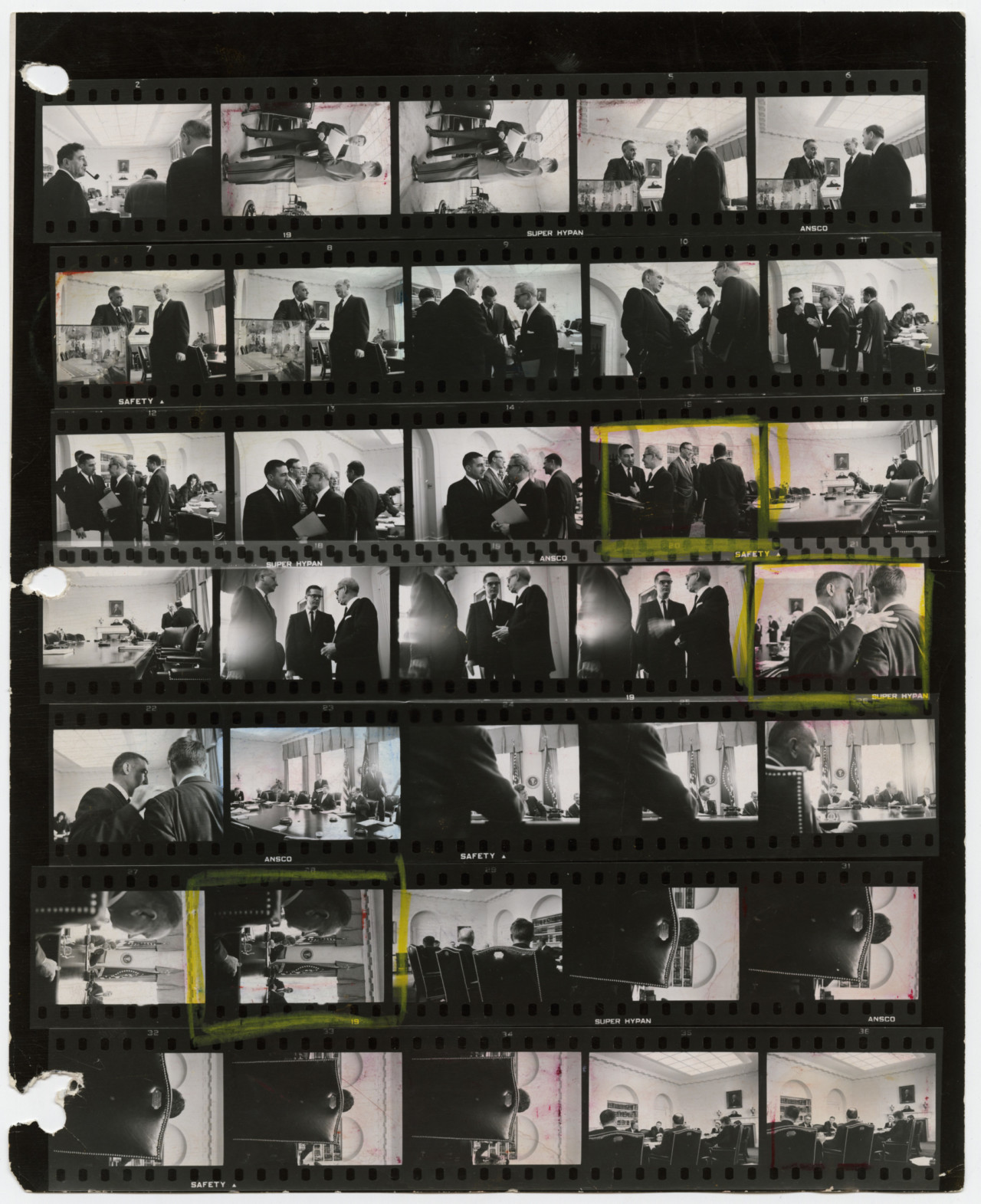 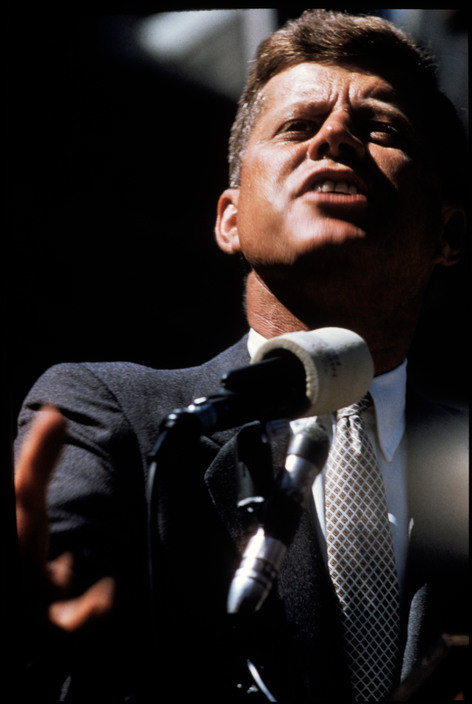 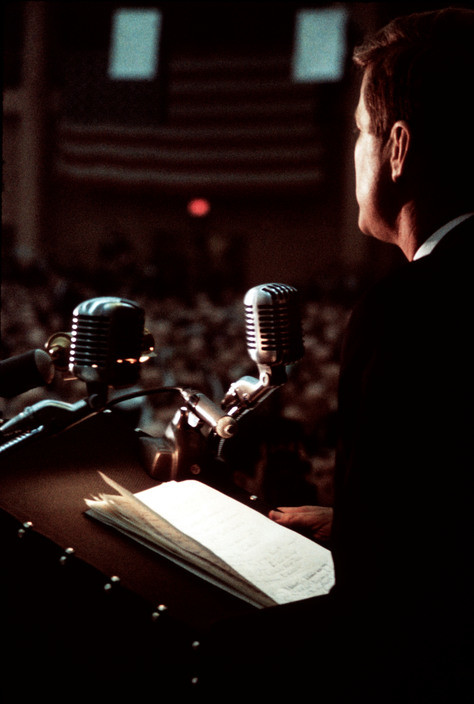 "Politics, the greatest of American sports, was to remain one of the dominant preoccupations of my work well into the 1960s" 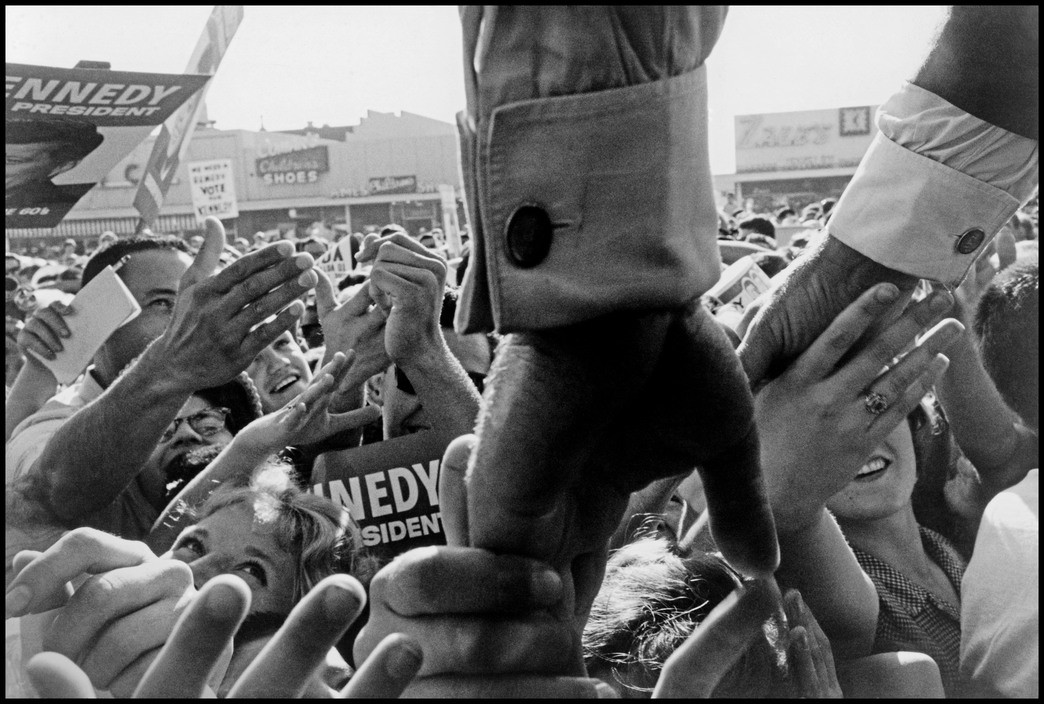 Cornell quickly progressed from the darkroom of Life Magazine’s New York offices, where he began working in 1937, to become a staff photographer for the publication in 1946. Although he had done a small amount of political coverage for Life during his initial years there, it wasn’t until early 1952, while living in London, that Cornell really became interested in American politics after hearing the then-presidential candidate Adlai Stevenson speaking on the radio. Captivated by his political oratory and energy, Cornell secured an assignment with Life to return to the US to document Stevenson’s campaign. 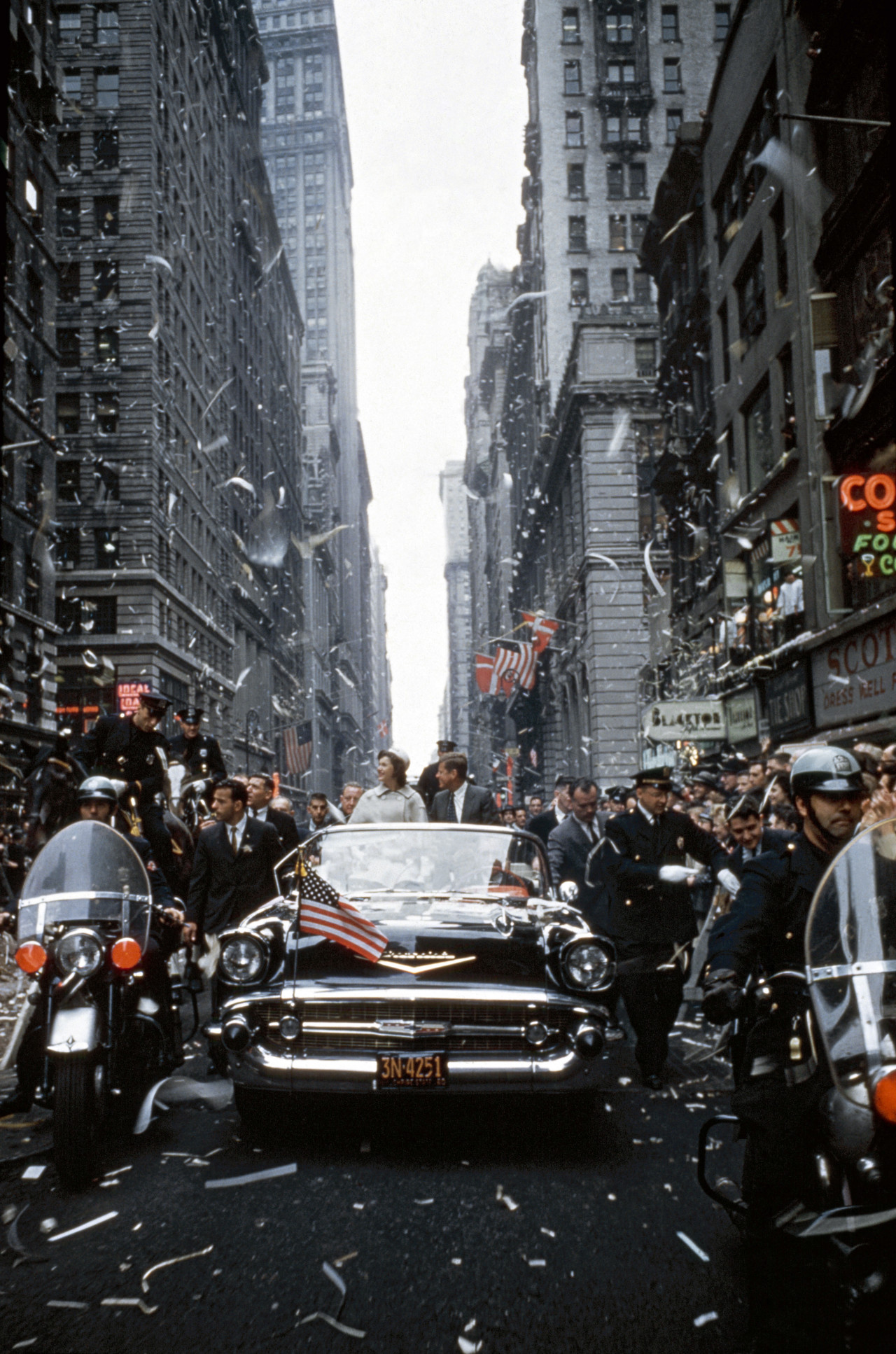 He would continue to photograph Stevenson for the next eight years, documenting two unsuccessful presidential campaigns. It was only at the beginning of his third in 1960 that Cornell first encountered JFK. Initially resentful of this new presidential candidate and the competition he presented for Stevenson, Cornell went on to write: “I feel the surge of response that Kennedy evoked from young people, the kind of excitement that Adlai rarely elicited from them”. He gradually accepted that Stevenson’s time was past and preceded to document Kennedy’s campaign trail: the never-ending succession of public appearances and the floods of enthused supporters in attendance. 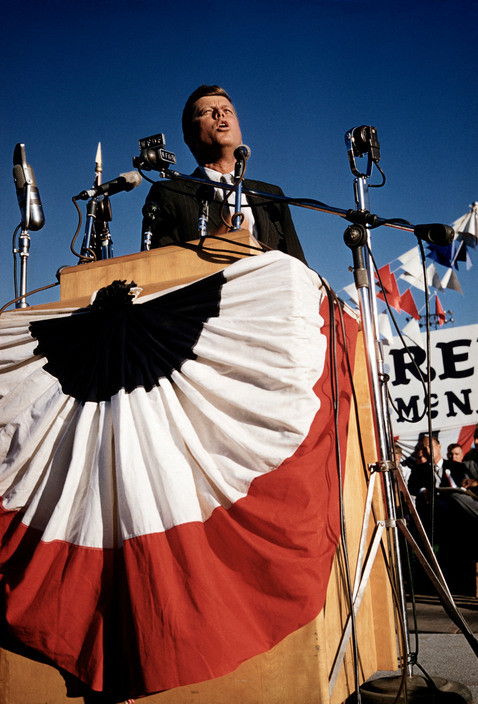 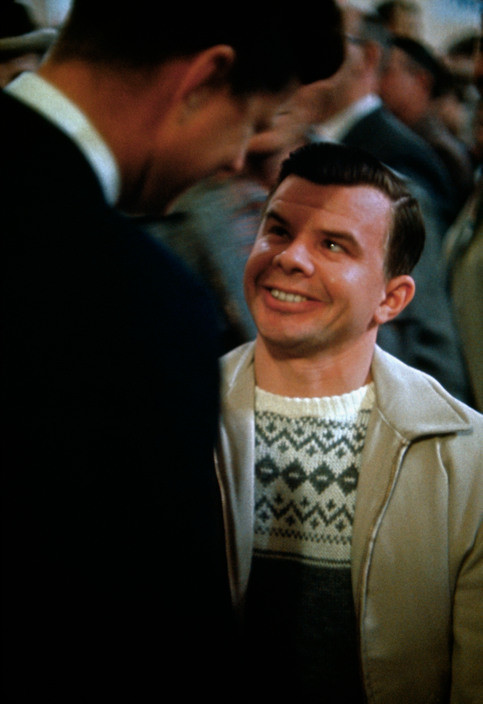 "I feel the surge of response that Kennedy evoked from young people, the kind of excitement that Adlai rarely elicited from them" 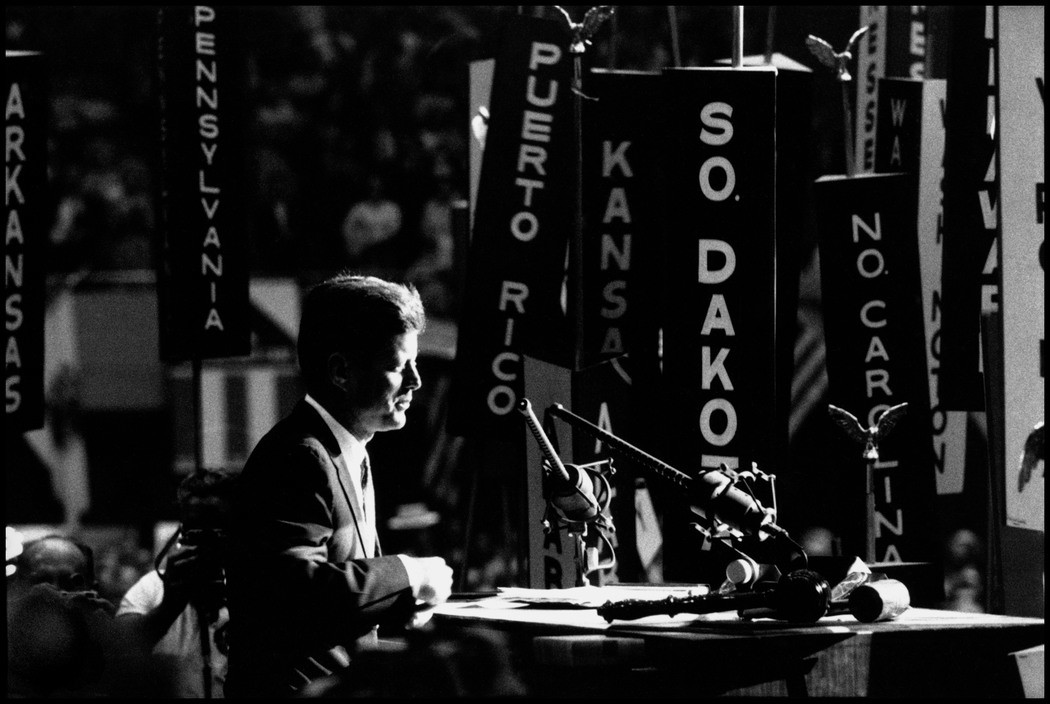 Reminded of Franklin D. Roosevelt by JFK’s inauguration speech, Cornell was inspired to continue photographing for his first hundred days in office. Spearheading the project himself, along with eight other Magnum photographers and seven writers and historians, he collated the work into the acclaimed book Let Us Begin: The First 100 Days of the Kennedy Administration. Through his photographs Cornell gives us a rare insight into the beginning days of a presidency: from meetings with political advisors and state leaders, to the more intimate moments of the President and his young family settling into their new home. 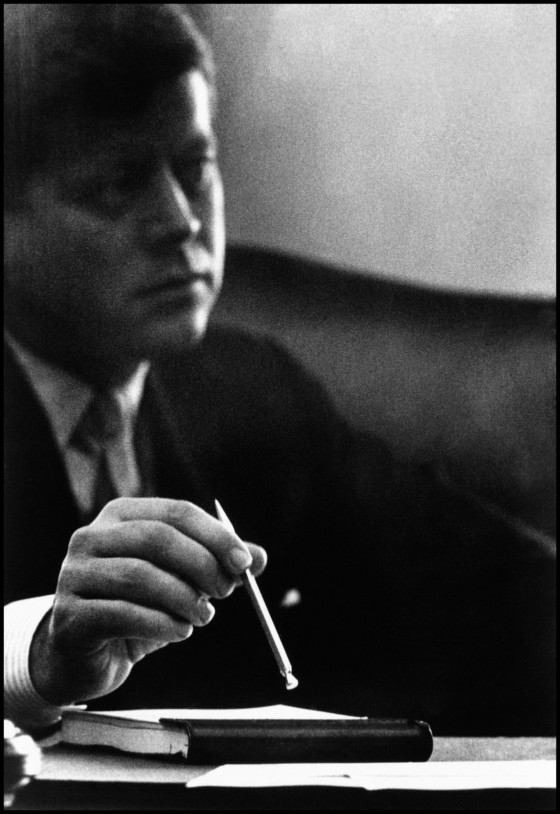 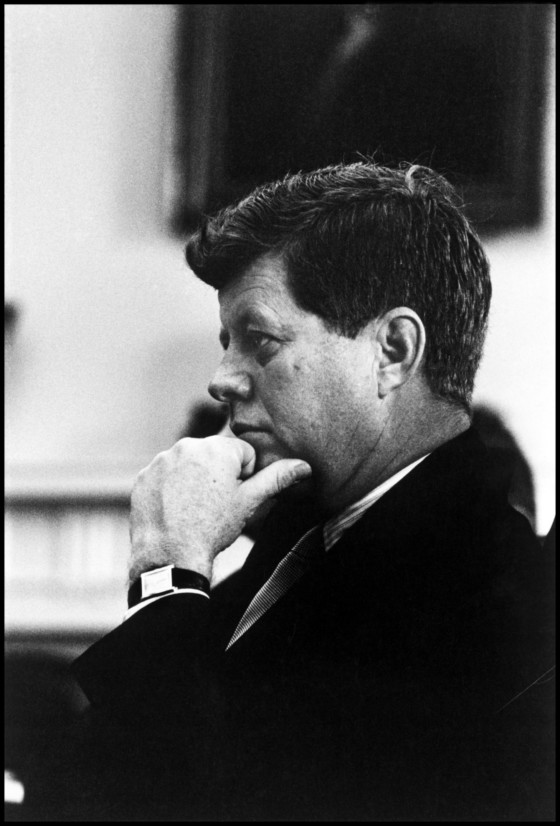 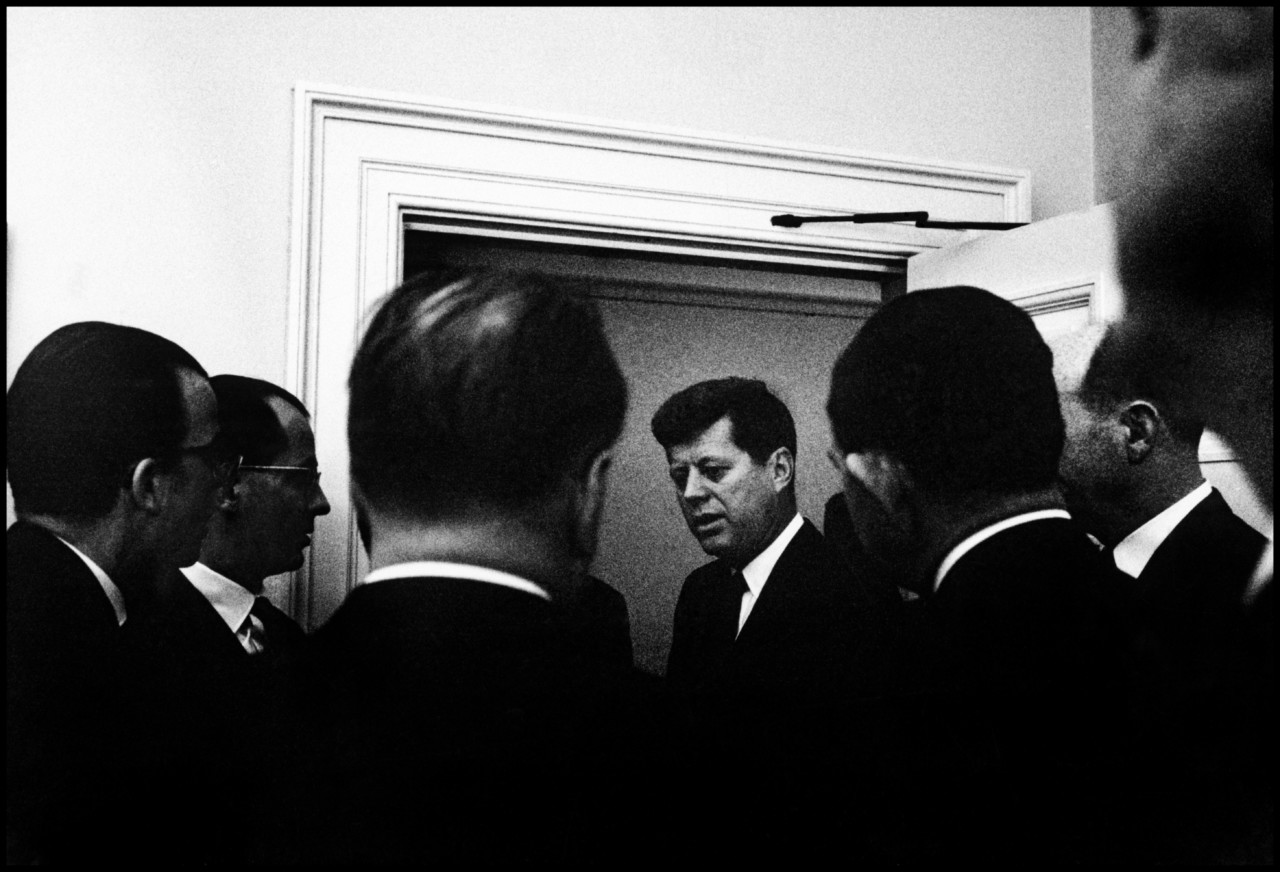 His coverage of the presidential run is also a testament to his abiding ethos of The Concerned Photographer, which governed all his work. The title of his 1968 book, this phrase was and continues to be indicative of any photographer dedicated to producing “images in which genuine human feeling predominates.” Indeed his photographs of JFK infuse a historic political event with an unprecedented humanity, successfully capturing the energy and emotion that permeated Kennedy’s rise to and time as President. 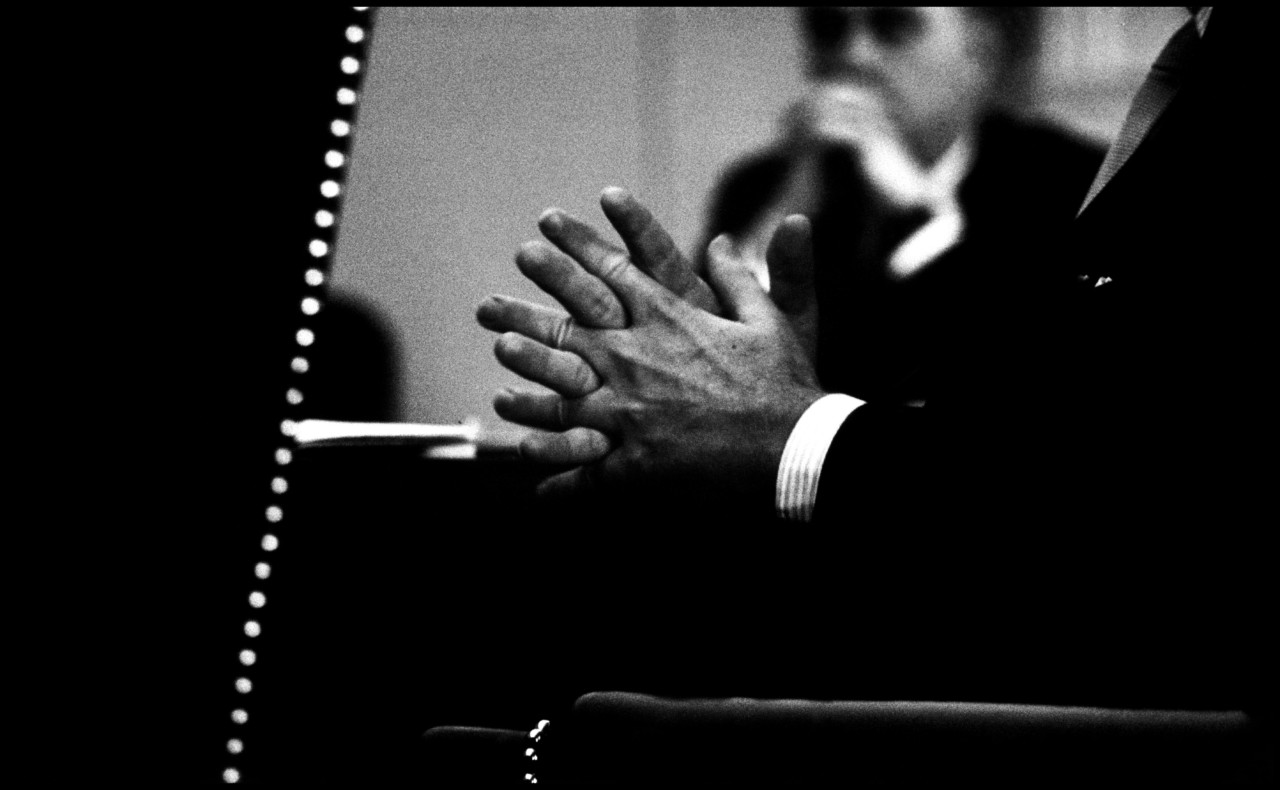