A photographic journey along the Amu Darya and the Syr Darya rivers tracing the shifting political, social, and geographical landscapes The Amu Darya and Syr Darya rivers stretch from the western edge of China across Tajikistan, Kyrgyzstan, Kazakhstan, Turkmenistan, and Uzbekistan, spanning a distance of 2,500km. They are the lifeblood of the vast, landlocked region between China, Russia, Iran, and Afghanistan. The Greeks knew the two rivers as the Oxus and the Jaxartes. An Islamic hadith holds that they are two of the four rivers that flow into Paradise. The Silk Route linking China to Europe followed the paths of the rivers. 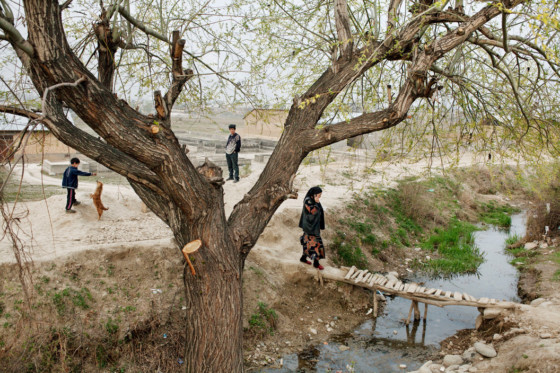 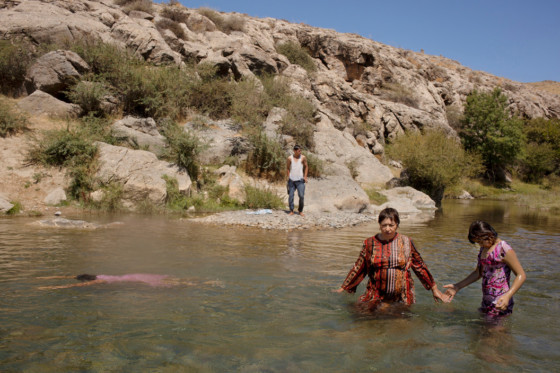 Carolyn Drake | Two Rivers Pilgrims stop for a swim on the way the home from visiting a notorious spring where a Sufi missionary was beheaded. Turkestan, Kazakhstan. 2010. © Carolyn Drake | Magnum Photos 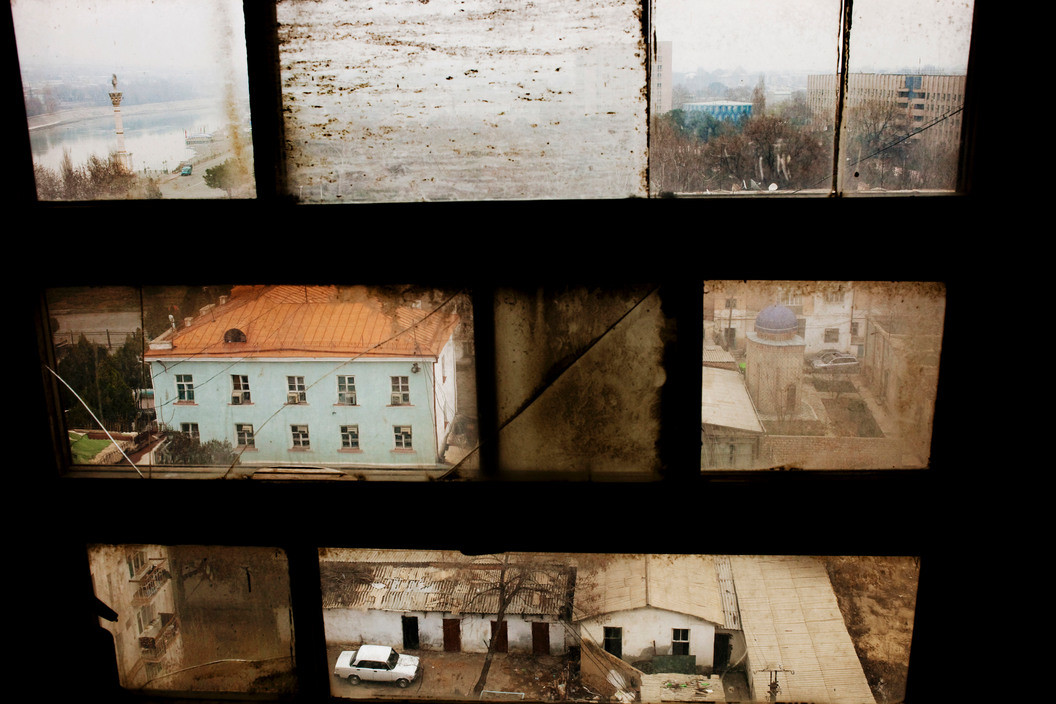 Carolyn Drake Khujand viewed through a window in the Leninabad Hotel. The city was established by Alexander the Great 2,500 years ago on the banks of the Syr Darya (framed in the upper left corner). Fergana Vall (...)
ey, Khujand, Tajikistan. 2009. © Carolyn Drake | Magnum Photos

After the Soviet government took control of the region in 1917, it began one of the most ambitious engineering projects in world history, diverting massive quantities of water from the rivers to bring cotton production to an area too arid to sustain such a thirsty crop. Such large quantities of water were diverted that the Aral Sea, once the world’s fourth-largest lake, began to disappear. 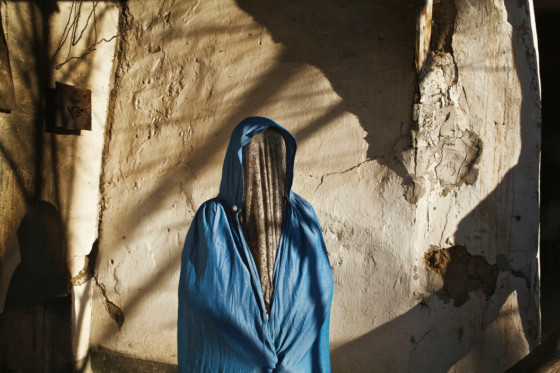 Carolyn Drake An Uzbek woman whose family follows Shariah law poses in the courtyard of her home. The population of the Fergana Valley was devoutly Muslim before Soviet times, one of the major reasons the Sovie (...)
t Union wanted to divide the area and weaken the religious bonds that were part of the fabric of life. Fergana Valley, Karasu, Kyrgyzstan. 2007. © Carolyn Drake | Magnum Photos 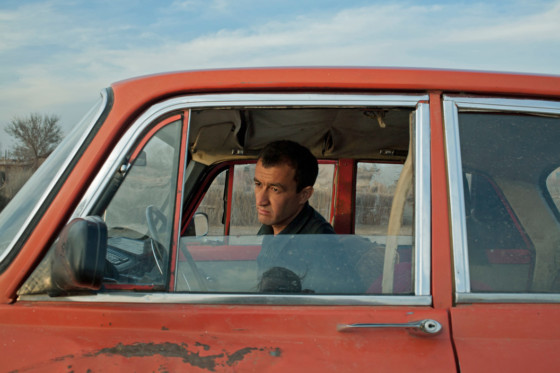 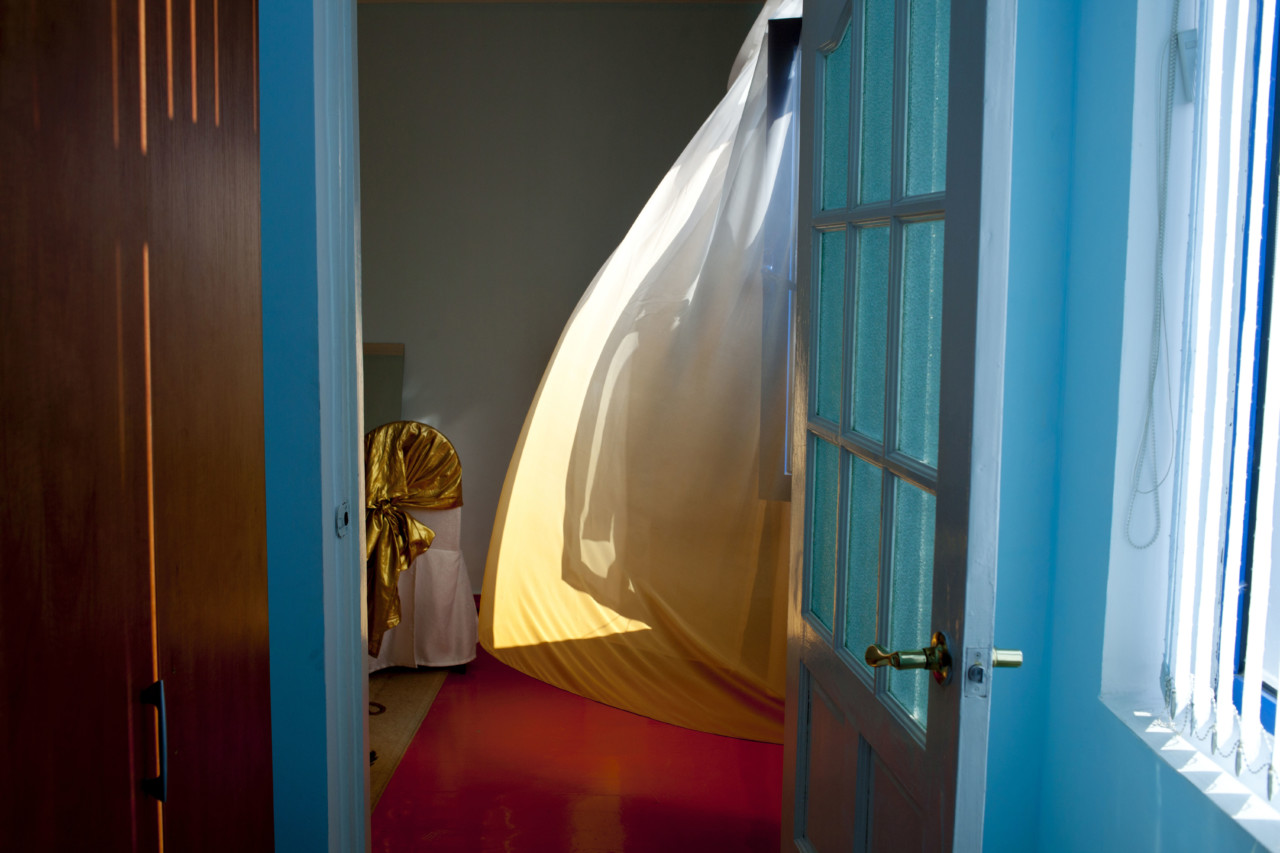 Two Rivers follows the rivers from their endpoints to the source. It is a photographic record of a place where political allegiances, ethnic bonds, national borders, and physical geography are in constant flux; a vast ecosystem where nature, money, and history are intertwined. 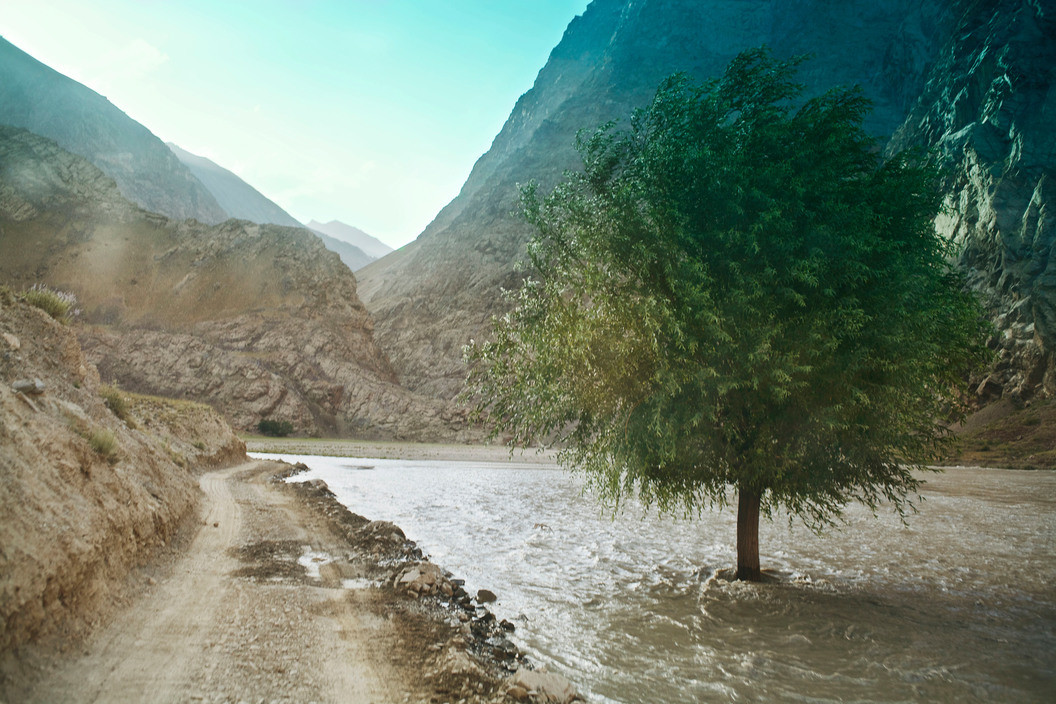 Carolyn Drake | Two Rivers Bartang river. The road was built with support from the Aga Khan foundation after the Soviet Union dissolved. During Soviet times, military roads were built along the Afghan border, but in the Bart (...)
ang valley, which was not a strategic military zone, there were no roads. Gorno-Badakhshan Autonomous Region. Bartang, Tajikistan. 2008. © Carolyn Drake | Magnum Photos