The Taking of Kinshasa, 20 Years On. Warning: graphic images 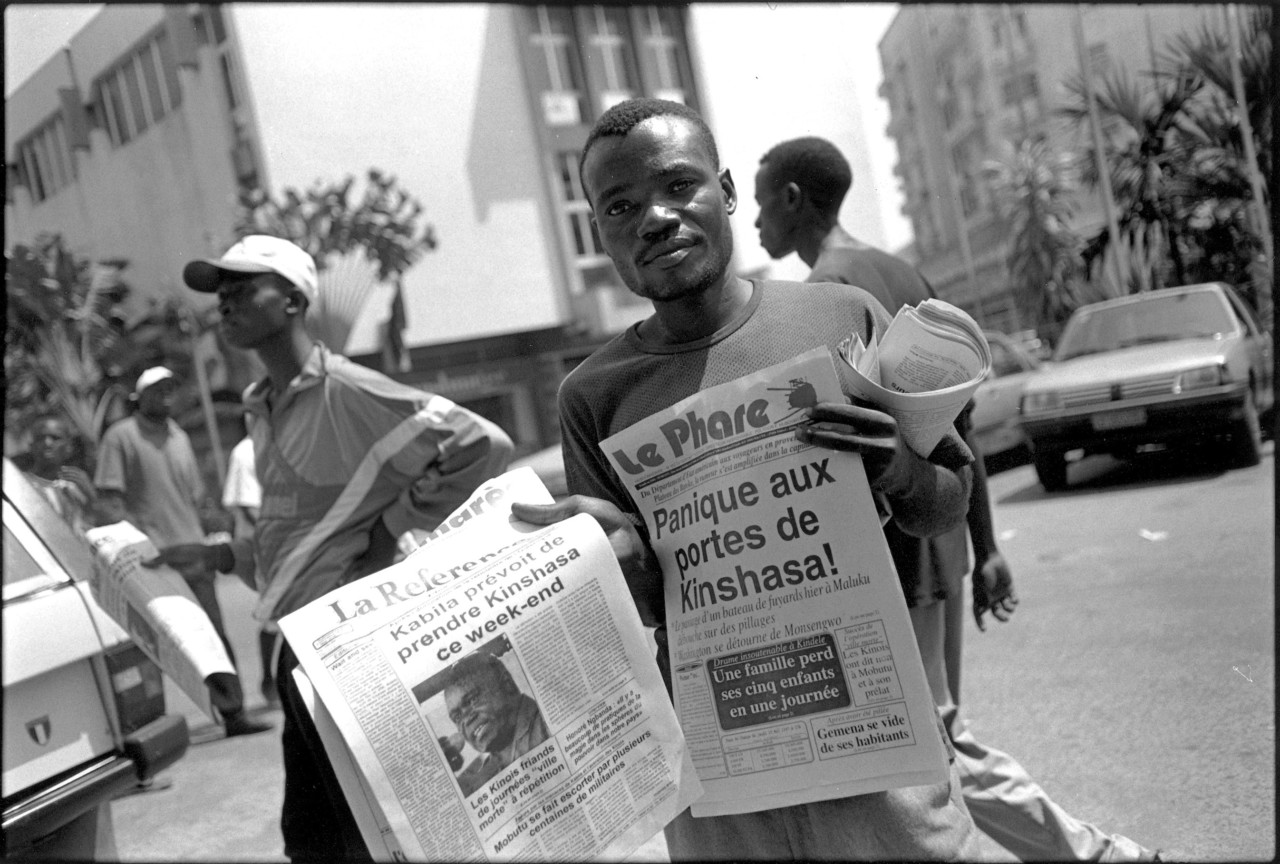 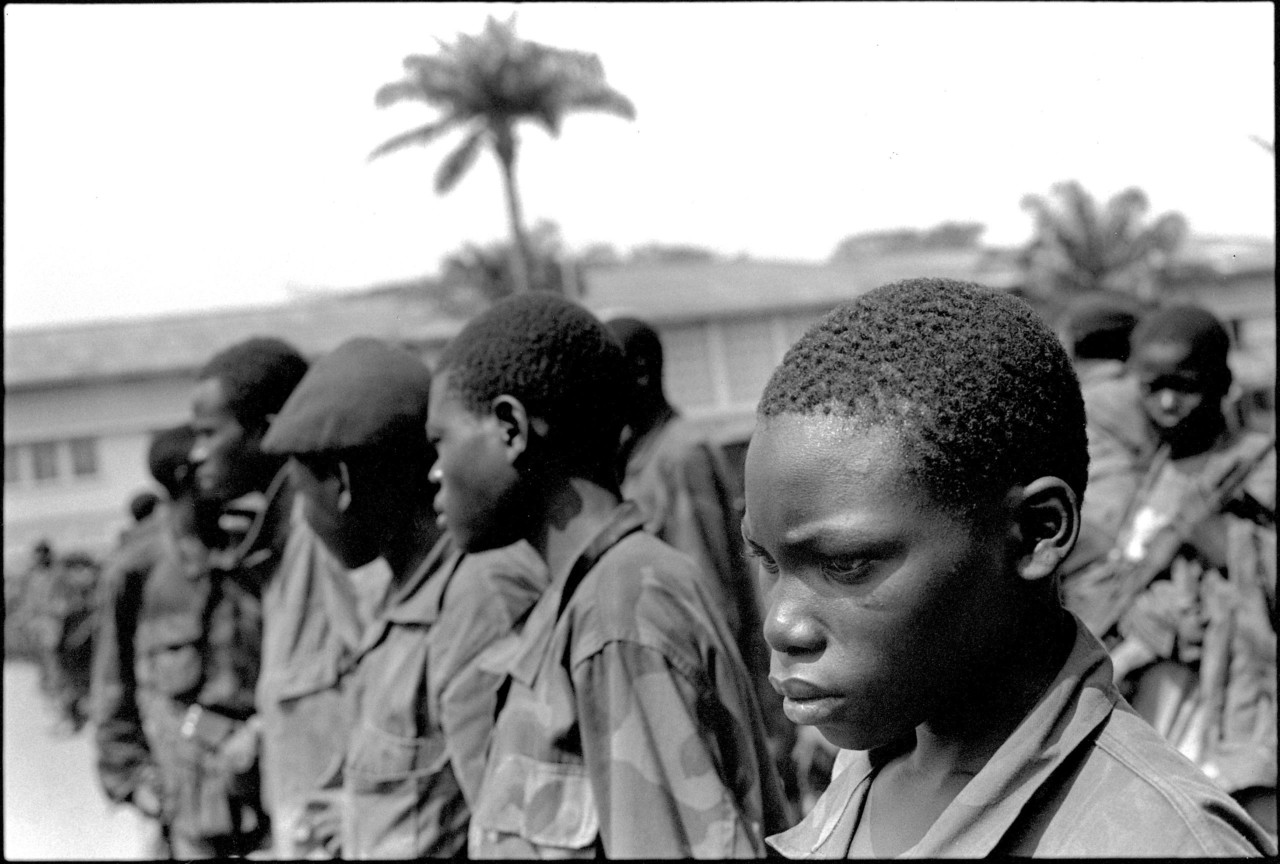 18
Gilles Peress Kabila created a ministry for the welfare of his young soldiers. The French press saw this as one more step in the creation of a praetorian guard of 'Khmer Noirs'. Kinshasa, Congo. 1997. © Gilles Peress | Magnum Photos 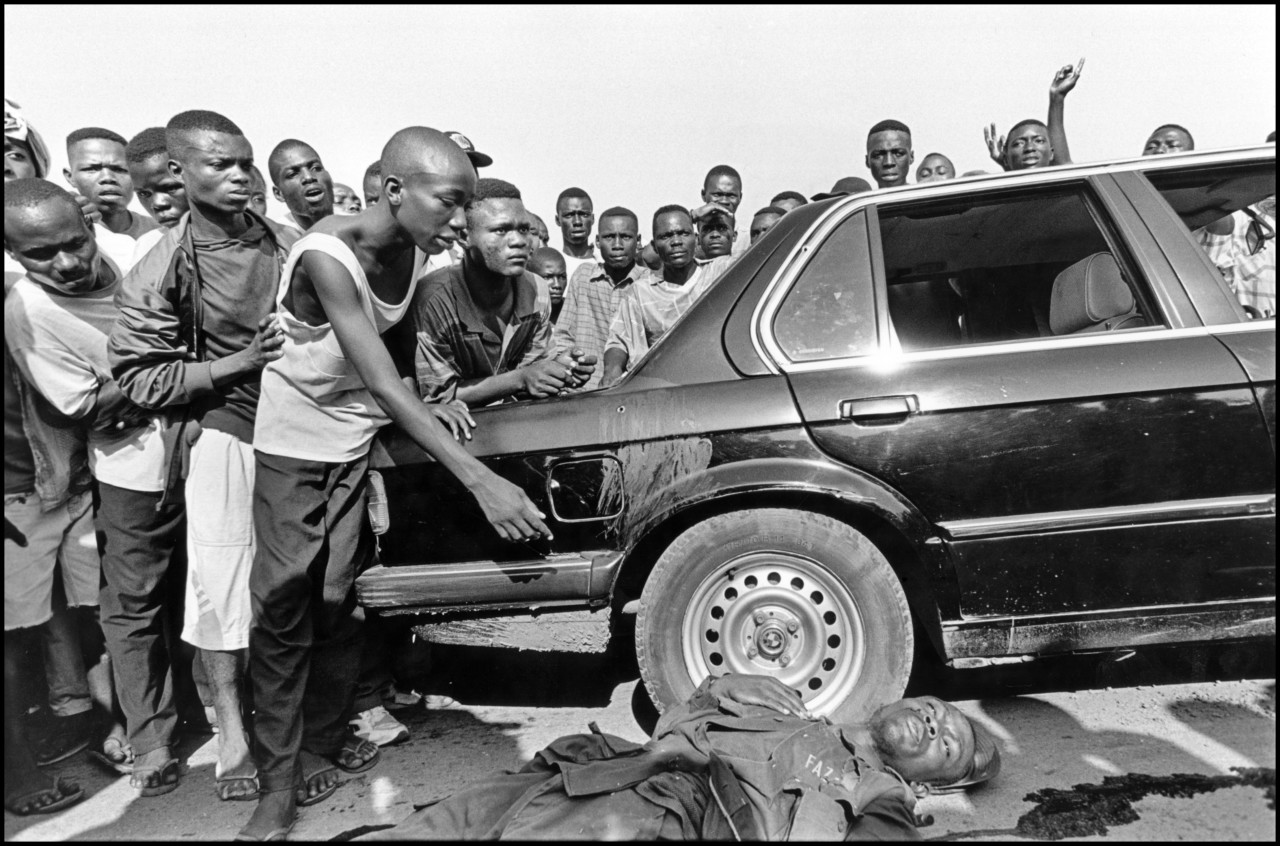 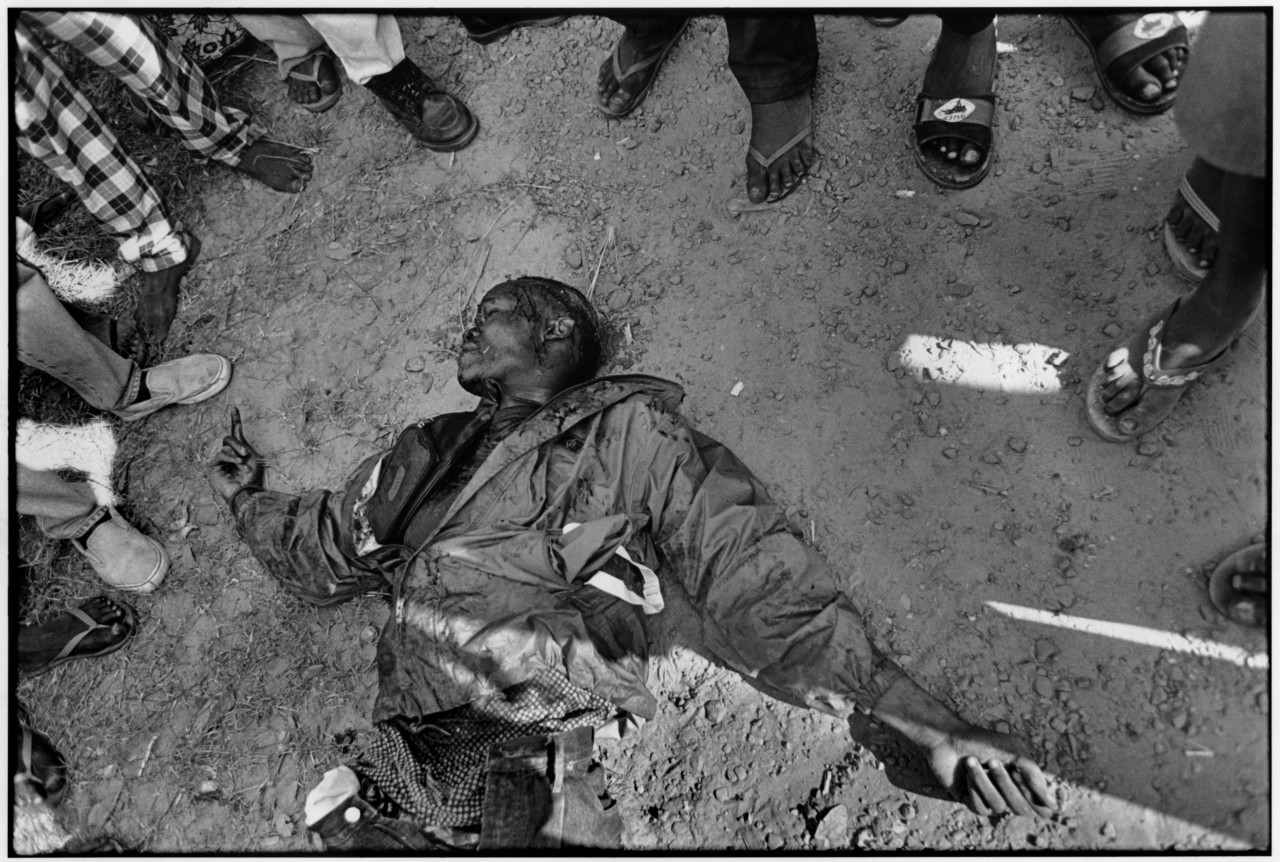 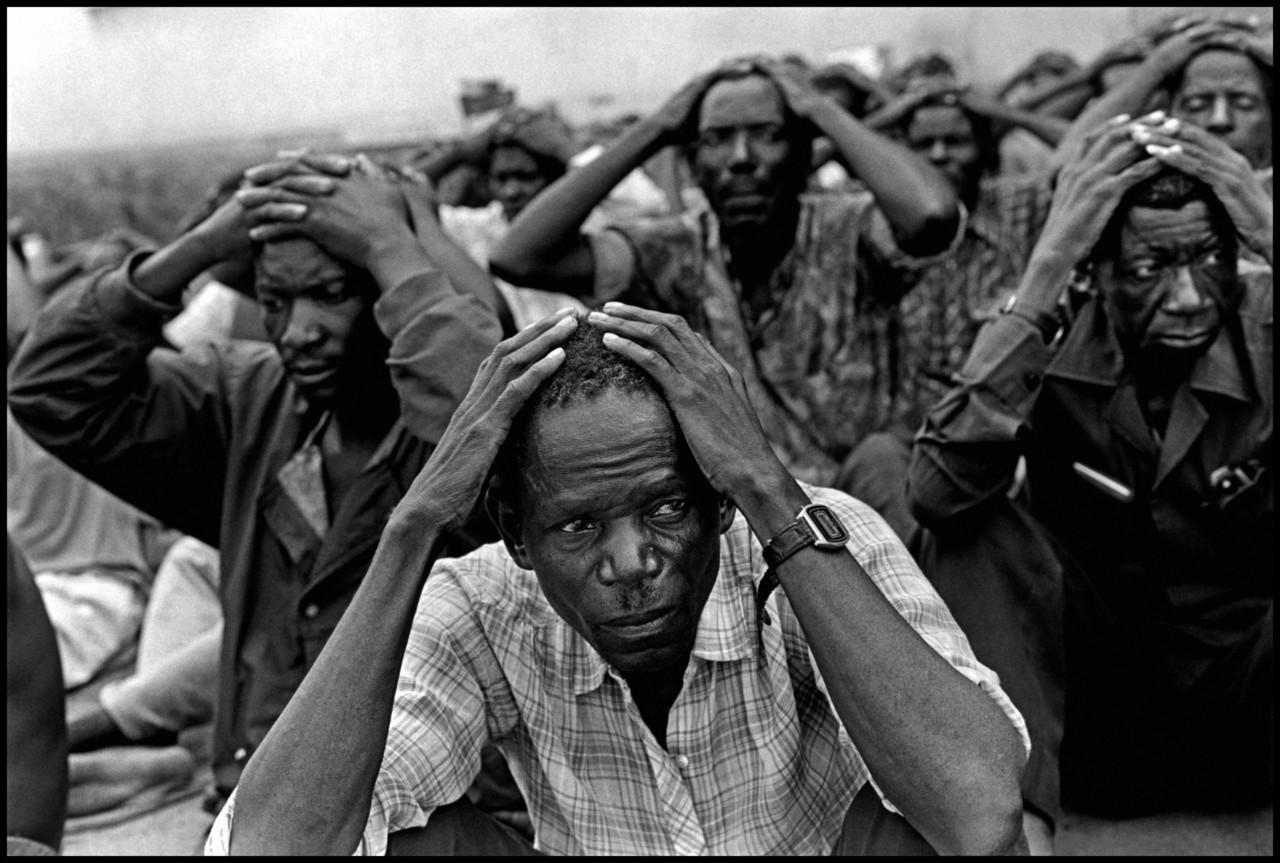 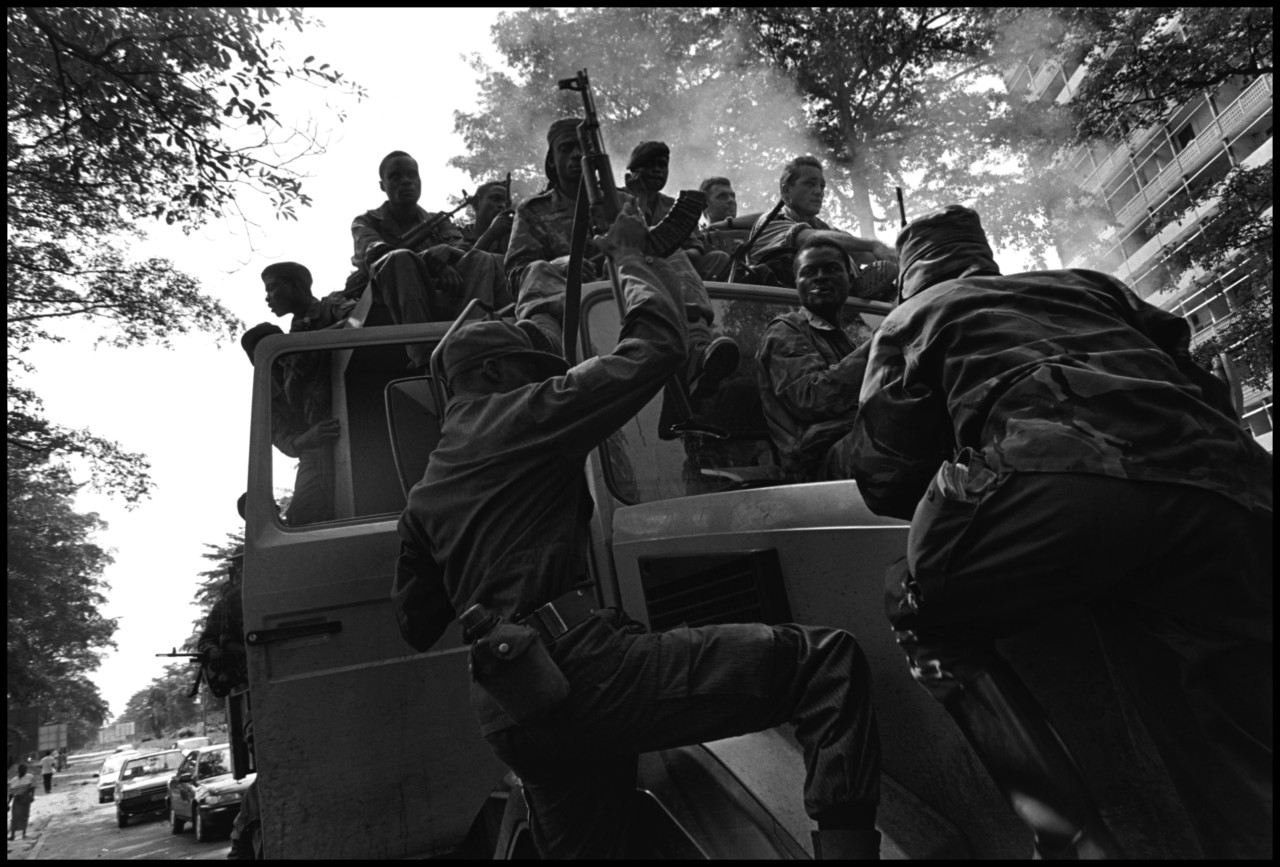 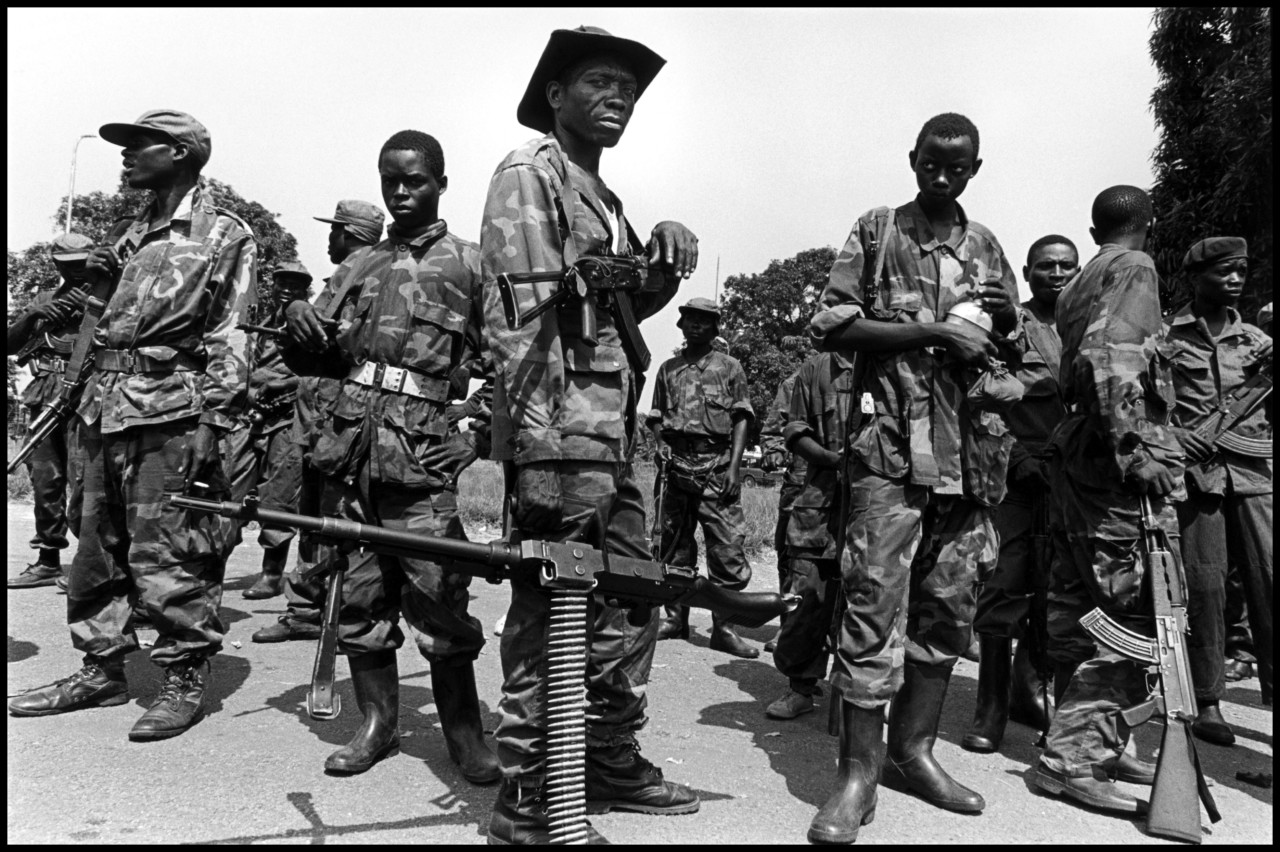 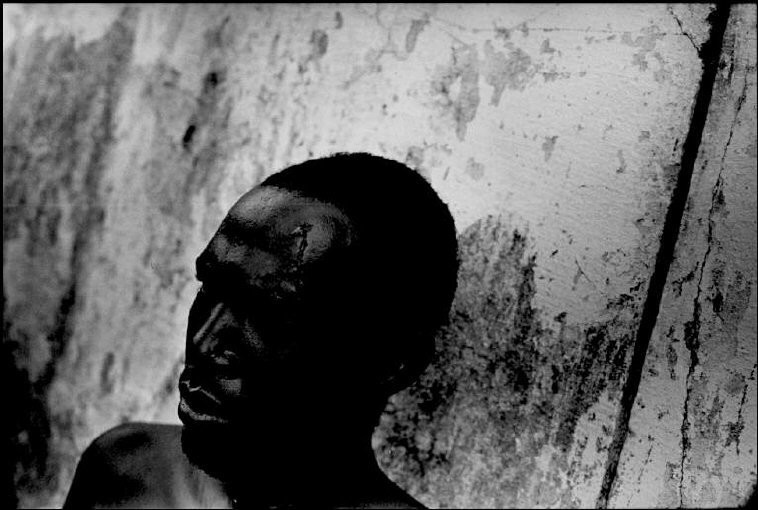 18
Gilles Peress Suspected members of the DSP within the Zaire army taken as prisoners by the AFDL. Kinshasa, Congo. 1997. © Gilles Peress | Magnum Photos 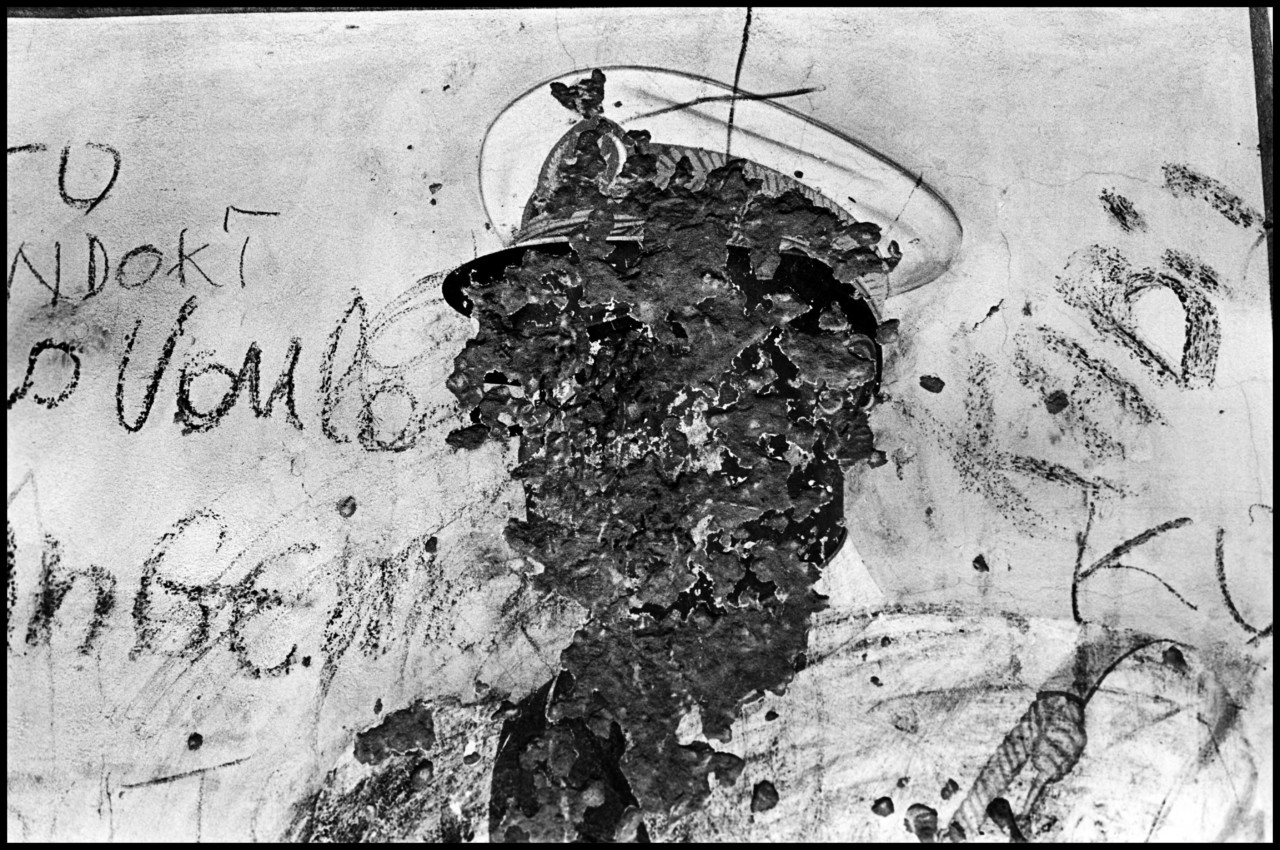 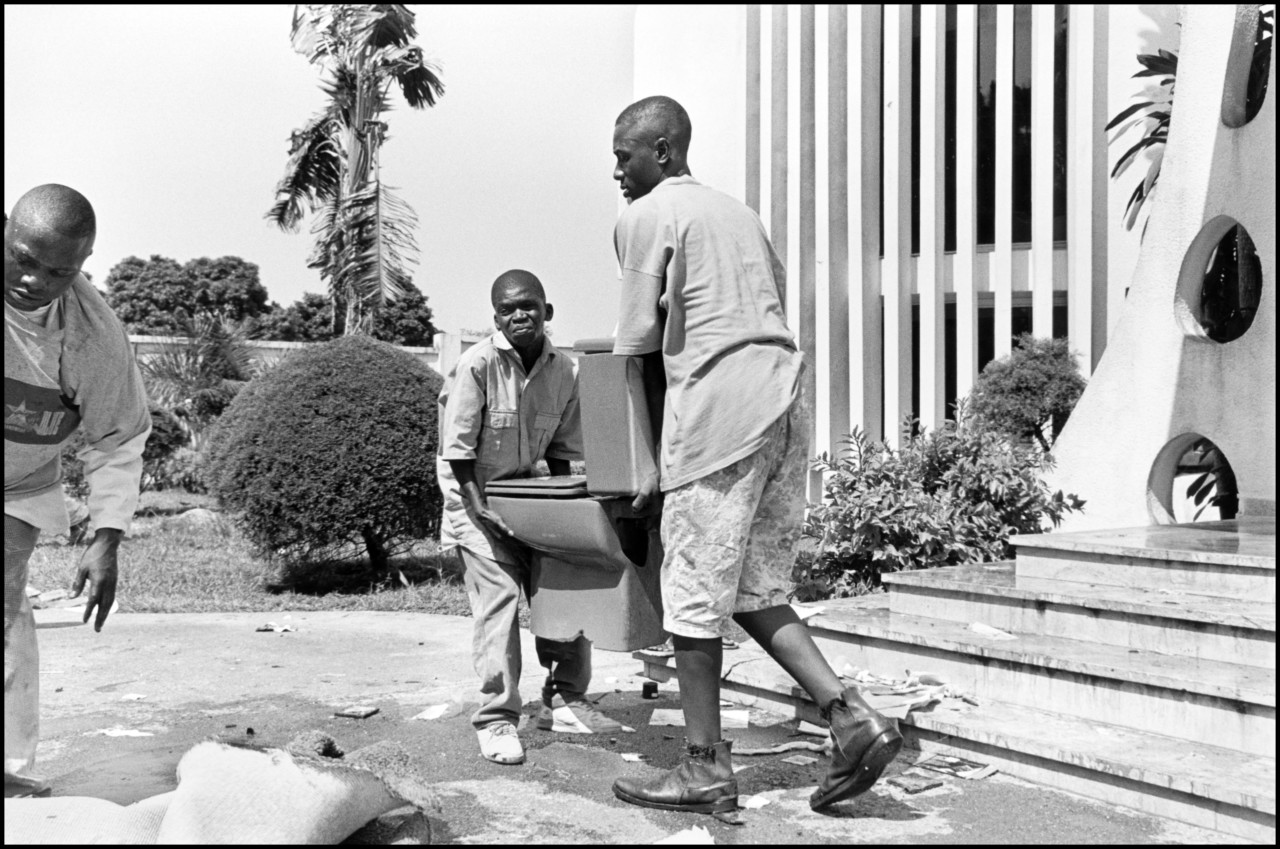 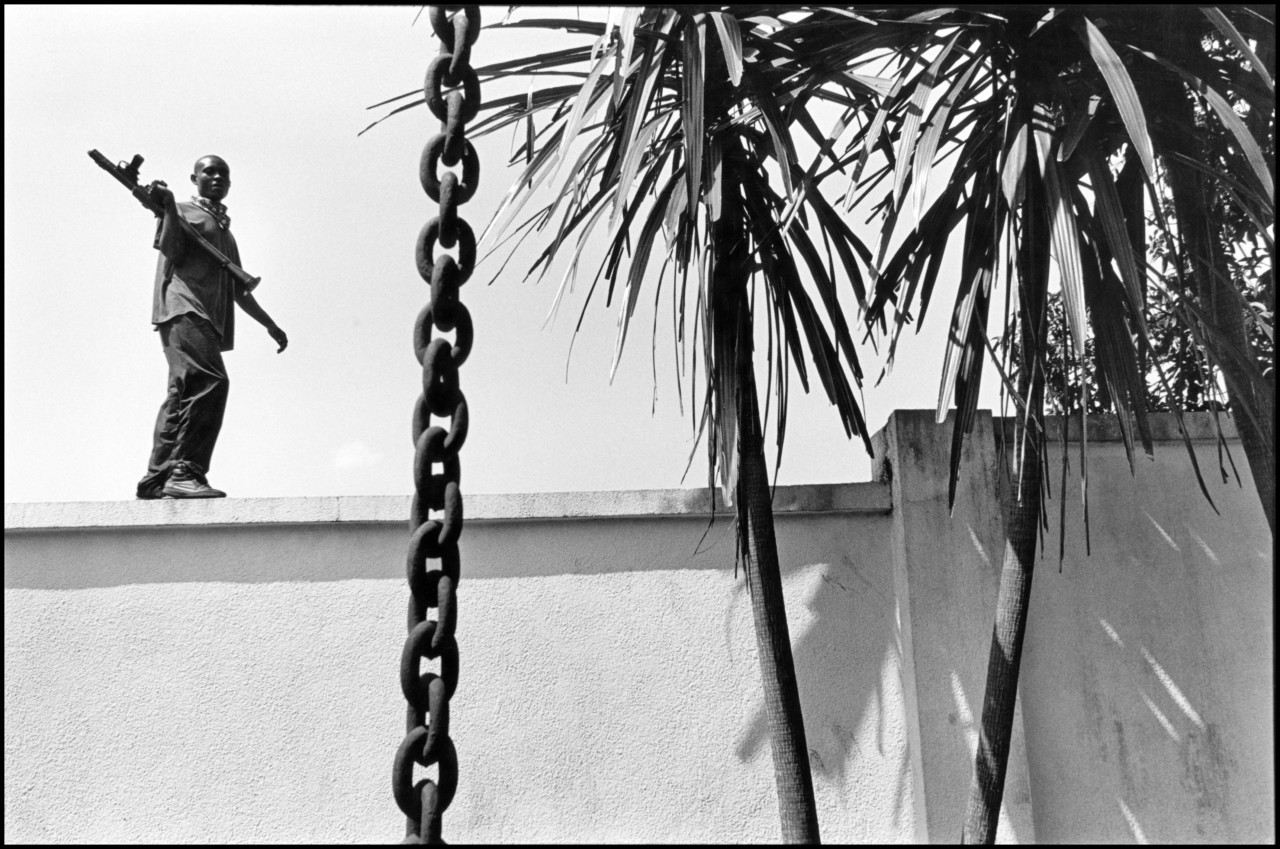 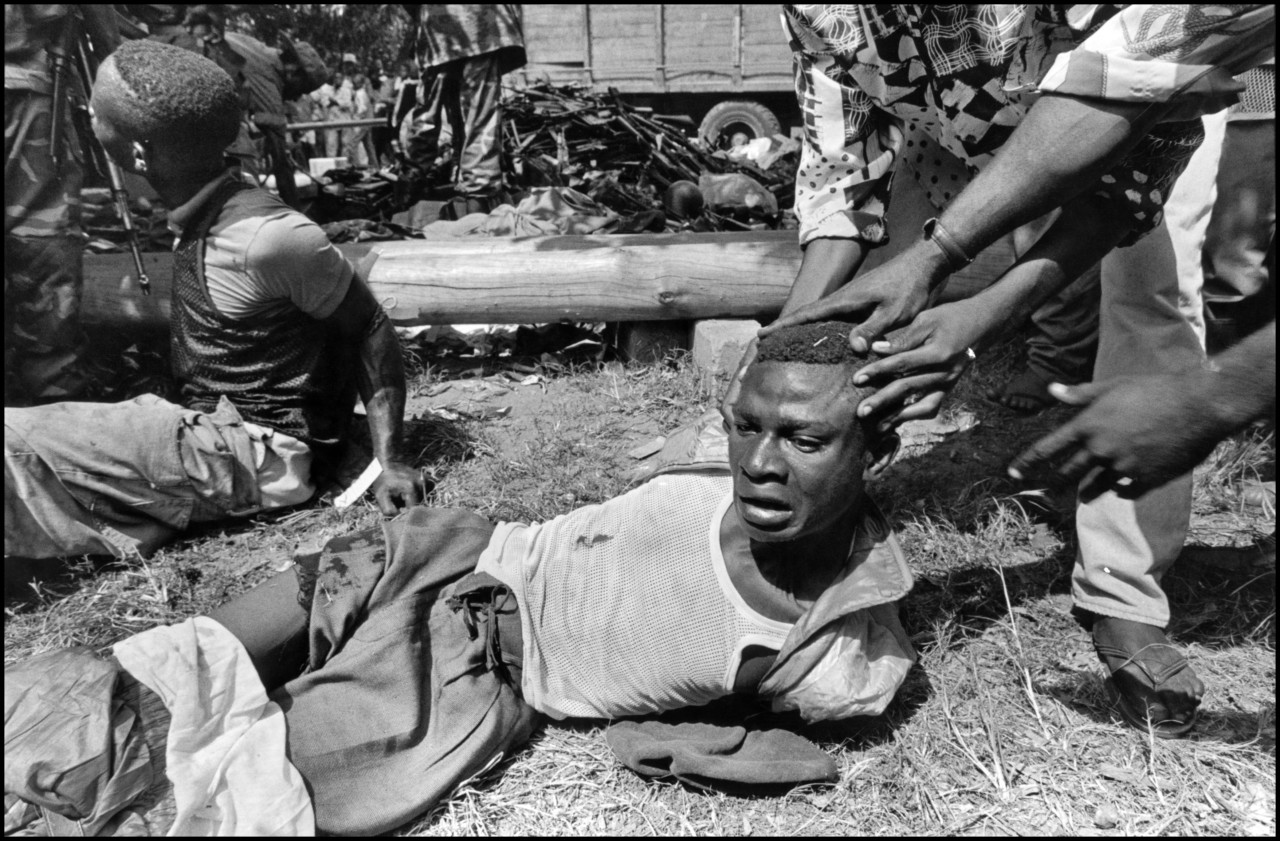 On Saturday May 17, 1997, rebel leader Laurent Kabila marched his soldiers into Zaire’s capital city Kinshasa and Zaire was officially renamed the Democratic Republic of the Congo, which was the country’s official name from 1964 to 1971. The war had begun in Zaire the previous autumn when, with support from Uganda, Rwanda, and Burundi, Kabila pushed his forces into a full-scale rebellion against president Sese Seko Mobutu as the Alliance of Democratic Forces for the Liberation of Congo-Zaire. Kabila used children in the conflict and it was estimated that up to 10,000 children served under him. After making his entrance into Kinshasa on May 20 and being sworn in on May 31, he remained president until he was assassinated on January 16, 2001. He was succeeded eight days later by his son Joseph.

Events were captured by Gilles Peress with an unflinching perspective on the brutal realities of the situation, presented here in his edit. Speaking in October 1997, Gilles Peress described his photographic approach at that time in his career: “I work much more like a forensic photographer in a certain way, collecting evidence. I’ve started to take more still lifes, like a police photographer, collecting evidence as a witness. I’ve started to borrow a different strategy than that of the classic photojournalist.”

The Taking of Kinshasa, 20 Years On. Warning: graphic images

The Rumble in the Jungle

The Silence: 25 Years Since the Rwandan Genocide