Buy a print from this article in the Magnum Photos Square Print Sale. Over 80 signed or estate-stamped, museum-quality 6×6” prints by Magnum photographers for £100/€110/ $100+tax. Available for one week only. Click here to view the selection.

Magnum photographers will be donating 50% of their proceeds from the sale to the International Committee of the Red Cross (ICRC). These proceeds will help fund the ICRC’s humanitarian mission to protect the lives and dignity of victims of armed conflict and other situations of violence and to provide them with assistance in Ukraine as well as other fragile contexts.

“Back then, Germany was simply the place where certain fault lines were the most visible after the war. That’s what convinced me not to do a book about France or Italy or some other pleasant subject, but to go to precisely where oppositions were exacerbated and beginning to clash.”

This is the reasoning Rene Burri gave for his decision to start photographing in Germany, while in his early twenties. Born to a German mother and a Swiss father, Burri’s exploration of Germany revealed a nation in flux: its middle-aged and elderly citizens in some cases scarred by war, its youth seemingly excitable and vibrant. These societal divisions are mirrored by the concurrent erection and expansion of physical barriers – the Berlin Wall, and associated fortifications, and checkpoints. Throughout the work a palpable military presence jars with images of quaint – almost folksy – domesticity, and hip, metropolitan youth. It is a portrait of a people in the throes of an identity crisis on a national scale.

As The Wall went up, Burri realised how transient the Germany he was documenting might be, and pressed his longterm project toward a final form. The photographs became the book Les Allemands (The Germans) – published in Switzerland by Editions Fretz & Wasmuth in 1962, and then re-released the following year in France, by Editions Robert Delpire.

Here we share an excerpt from Bernard Plossu’s essay, “More about Les Allemands by René Burri” which was first published in the book on Burri’s work, Explosions of Sight, Scheidegger & Spiess, 2020. 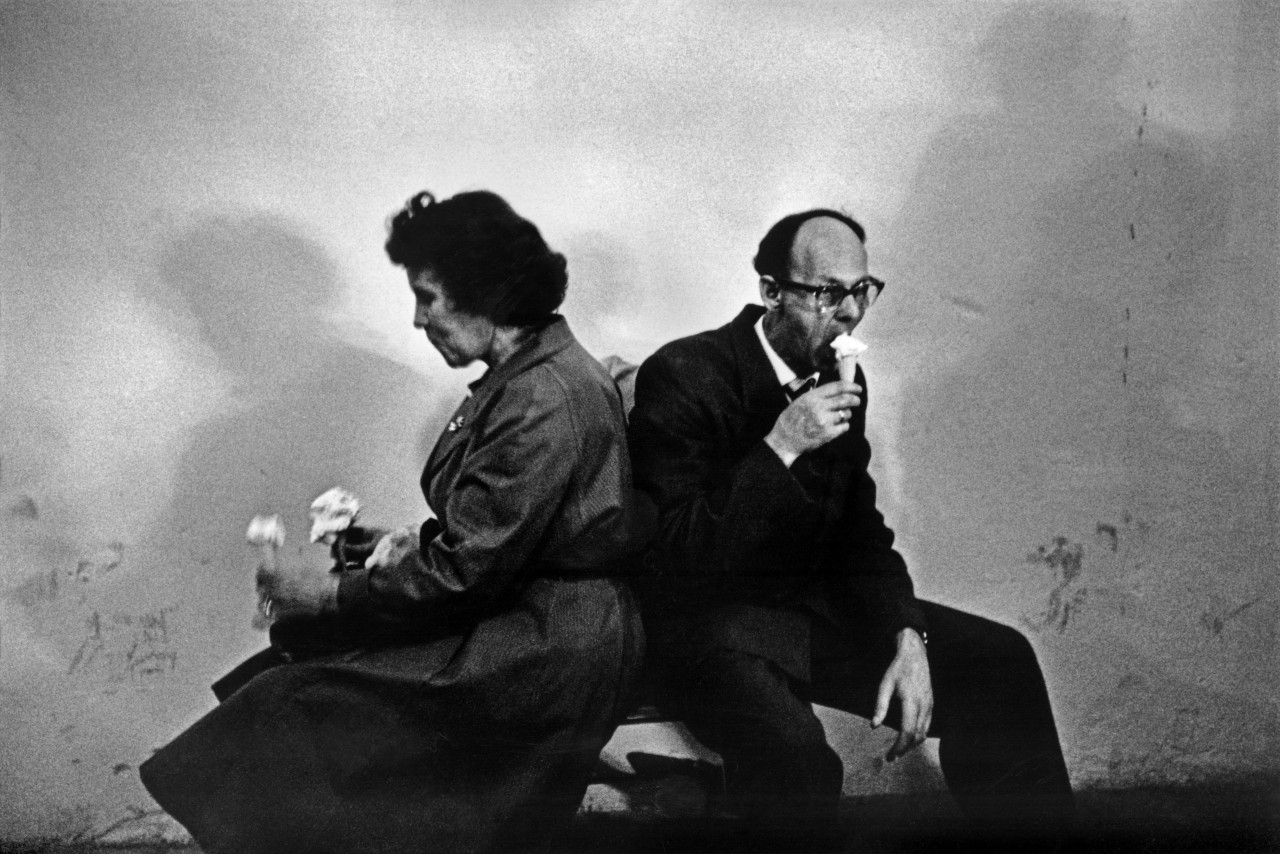 "It’s all there, everything that constitutes the Cubism, poetry and modernity that make up a real image" 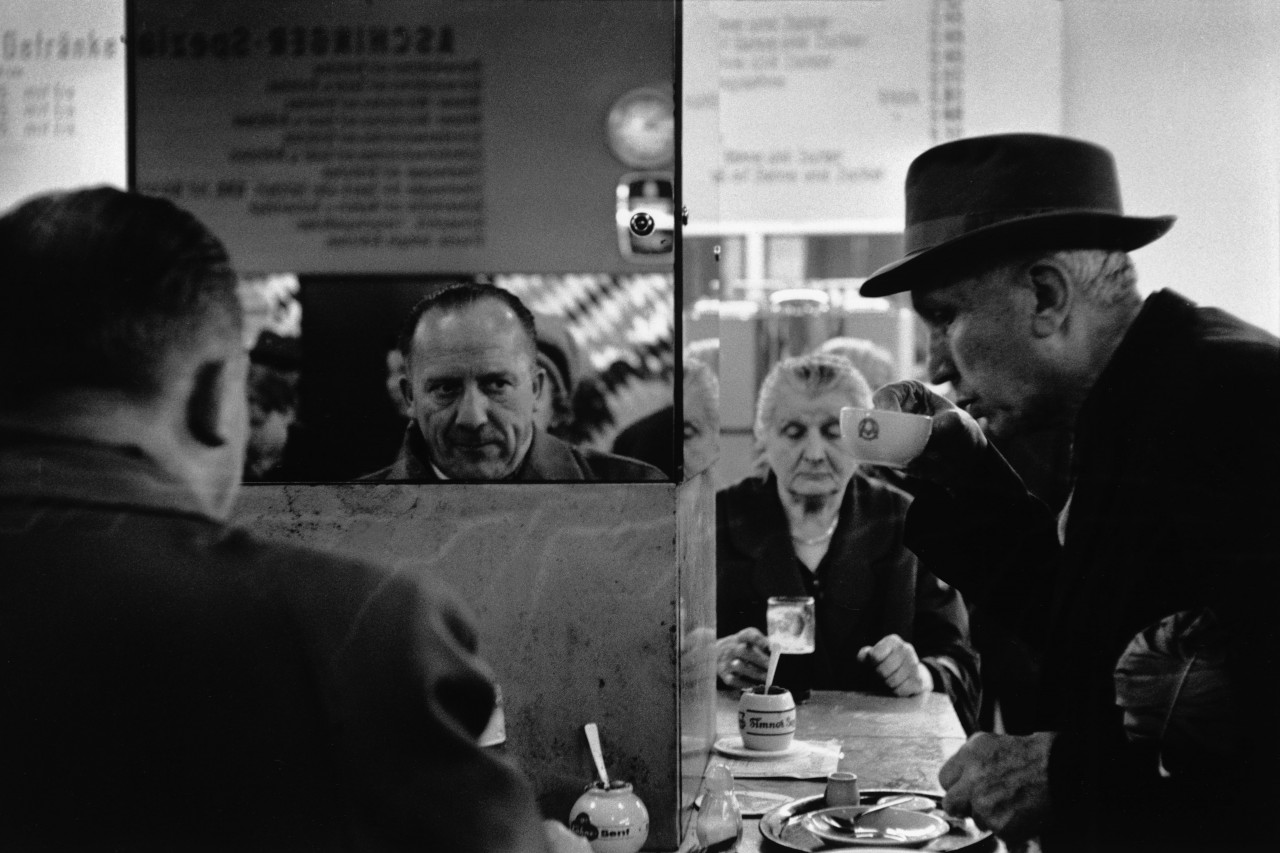 It’s 1959, a young twenty-six-year-old man, a street in cologne, a group of kids: a photographic composition that makes a real impact. It must have been summer; the heat is palpable. It’s all there, everything that constitutes the Cubism, poetry and modernity that make up a real image. We are almost sharing the same ambiance as Helen Levitt’s photos of New York. The previous year, publisher Robert Delpire issues one of the key books in the history of photography: The Americans, by Robert Frank, a book that epitomizes the power of the language of photos. Five years later, in 1963, this publisher issued a second equally essential book: Les Allemands by René Burri; we simply can’t thank him enough for that. 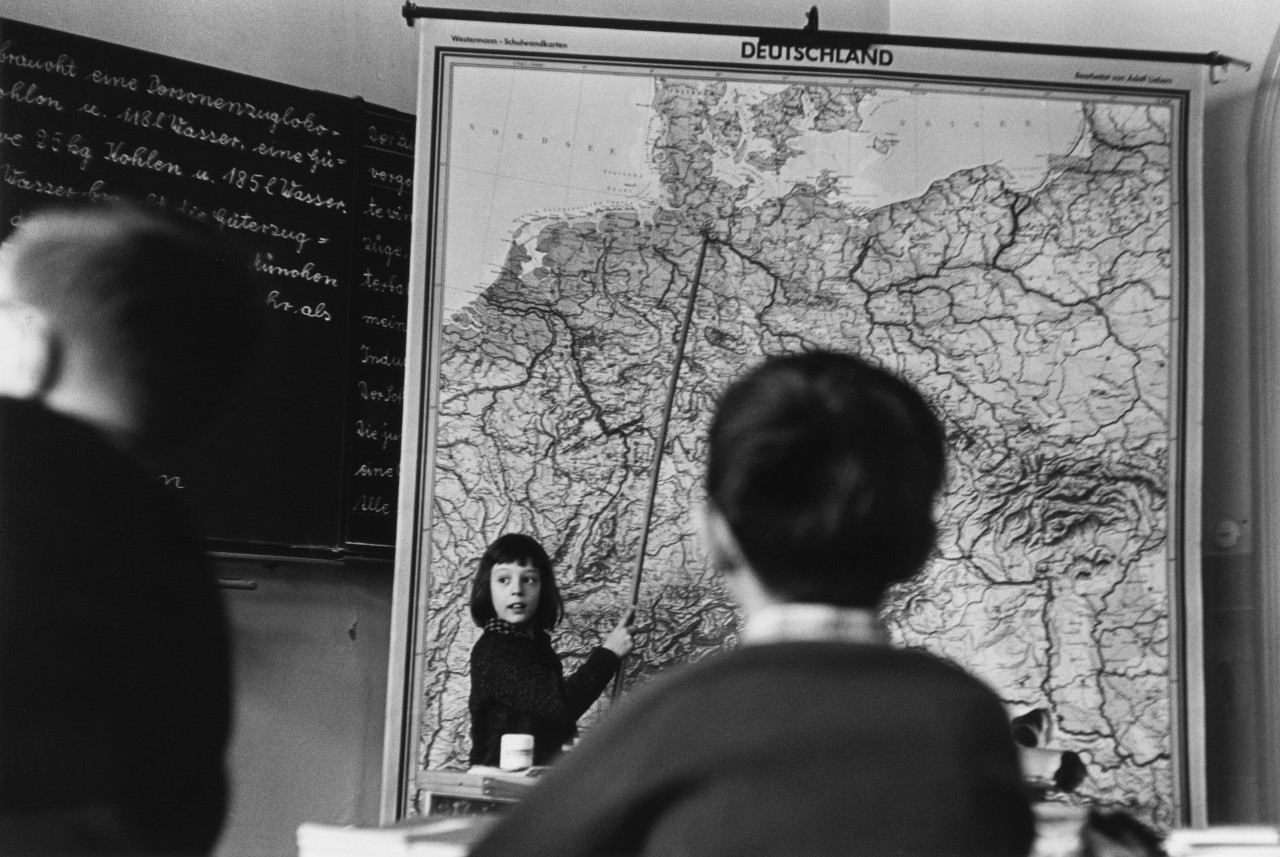 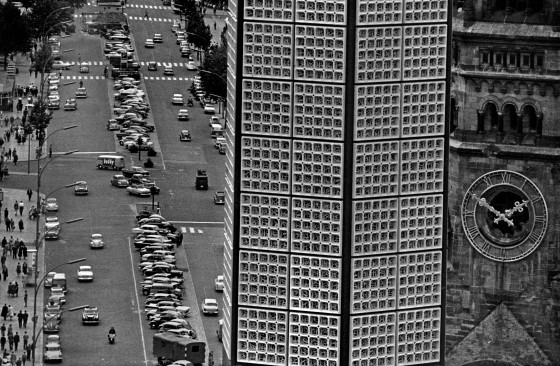 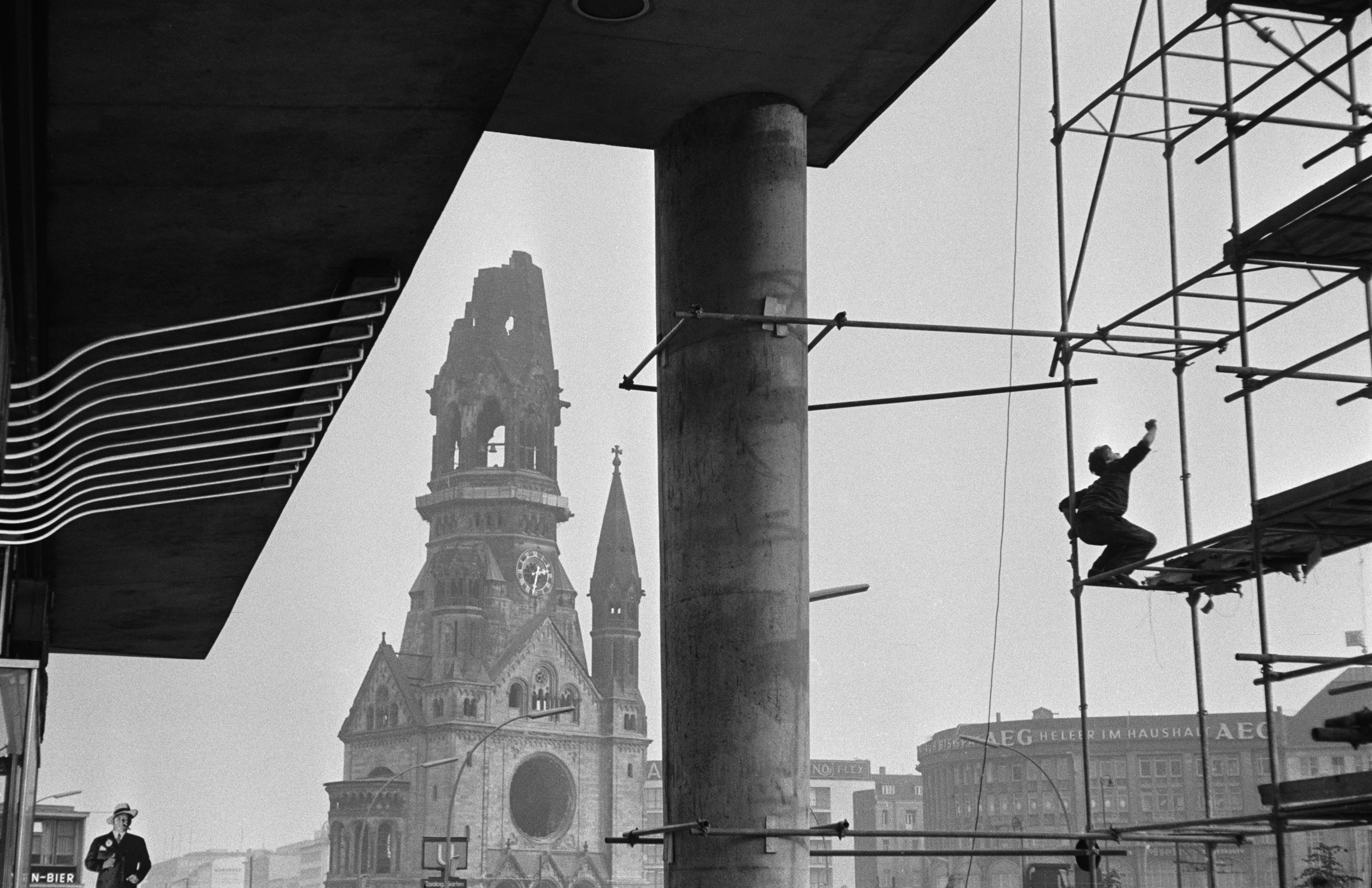 But how to explain why The Americans, while certainly a genuine masterpiece, is constantly being referenced, while Les Allemands is only rarely so? The fact is, as soon as it’s about the United States – a country that is detested by many Europeans for no good reason – people are immediately interested: whether it’s literature by Jack Kerouac, while the Swiss writer Nicolas Bouvier is much less well-known but just as important; or films such as Blackboard Jungle (1955) by Richard Brooks, while The Loneliness of the Long Distance Runner (1962) by the British director Tony Richardson is the film that stands for rebellion. The same applies to photography, with photography schools systematically mentioning The Americans and often omitting Les Allemands, though it is undoubtedly just as important. The result is that this admirable book is appreciated, quite unfairly, by only a few connoisseurs of photography. 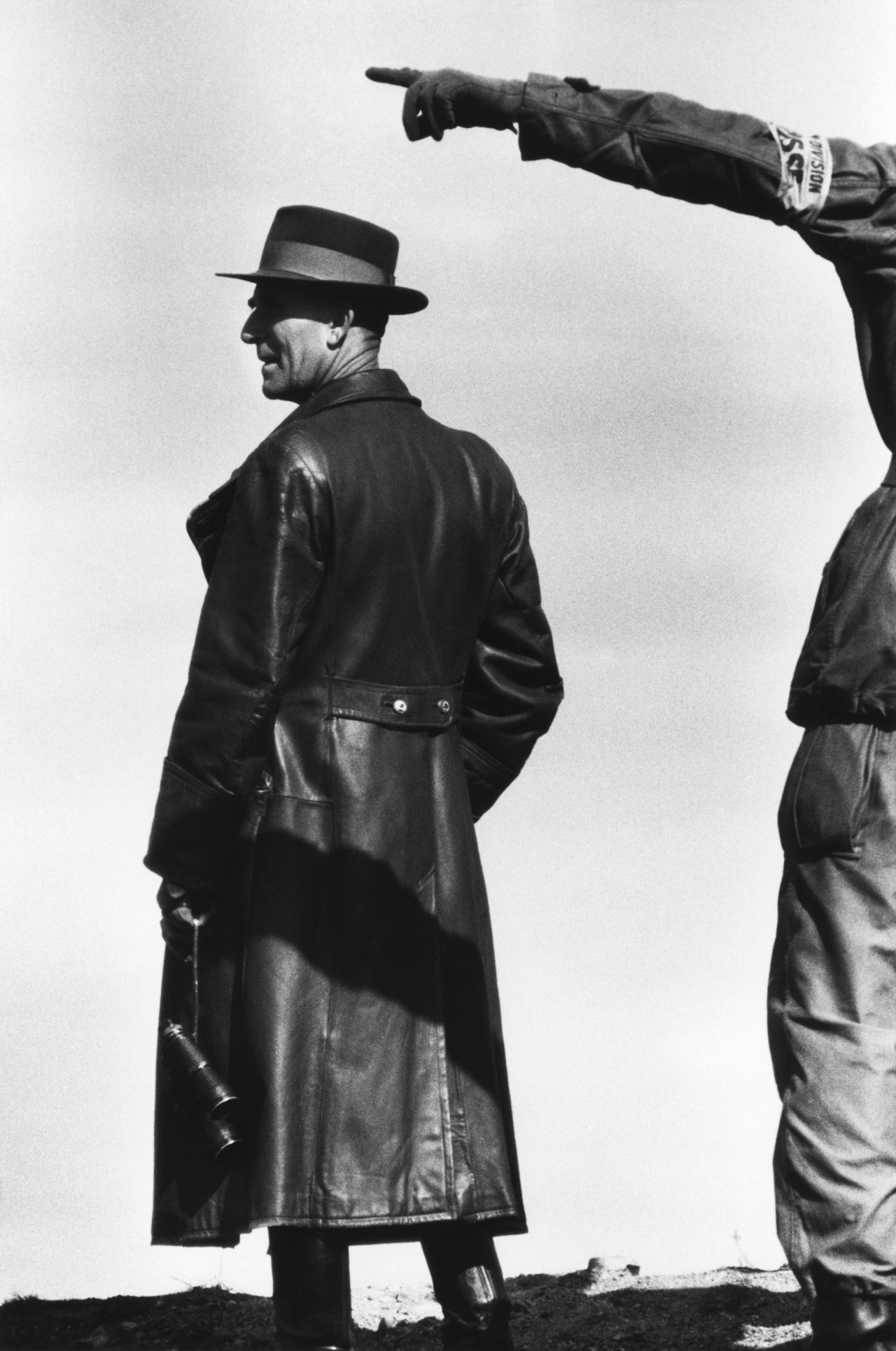 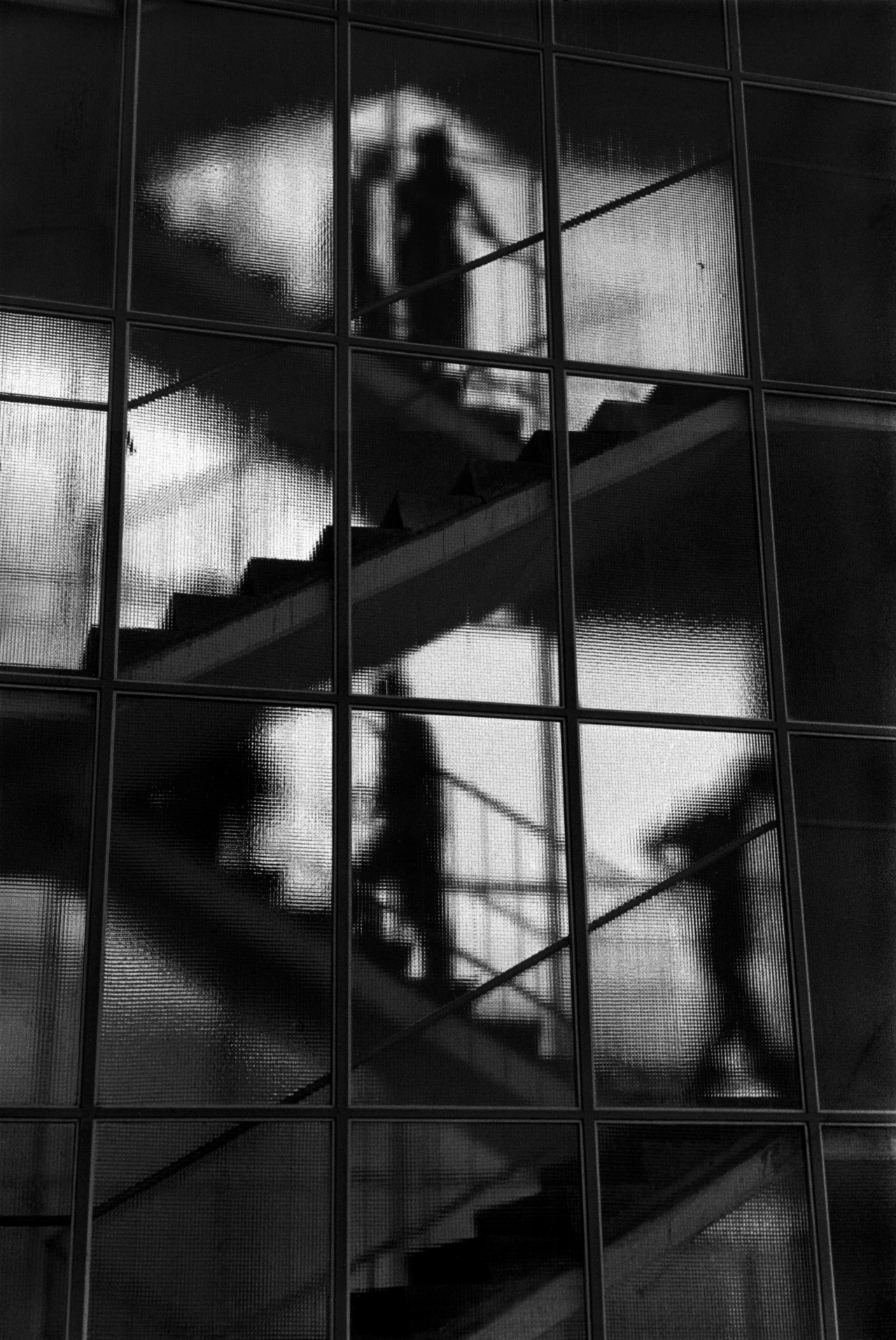 Germany is a much more unrewarding and challenging subject – the photos were taken fifteen years after the end of the Second World War – making the result all the more admirable. Indeed, who was interested in how Germans were living at the 1960’s? Nobody! It’s almost a taboo subject, even in Europe. Whereas everyone was fascinated by the ‘American Way of Life’, its roads, cities, lifestyle, customs and women. These themes, though, also feature in Les Allemands because Burri’s free photographic style was, historically speaking, developed during the 1930s, in the United States with Ben Shahn – a friend of Walker Evans – and in Europe with Moholy-Nagy, for instance. 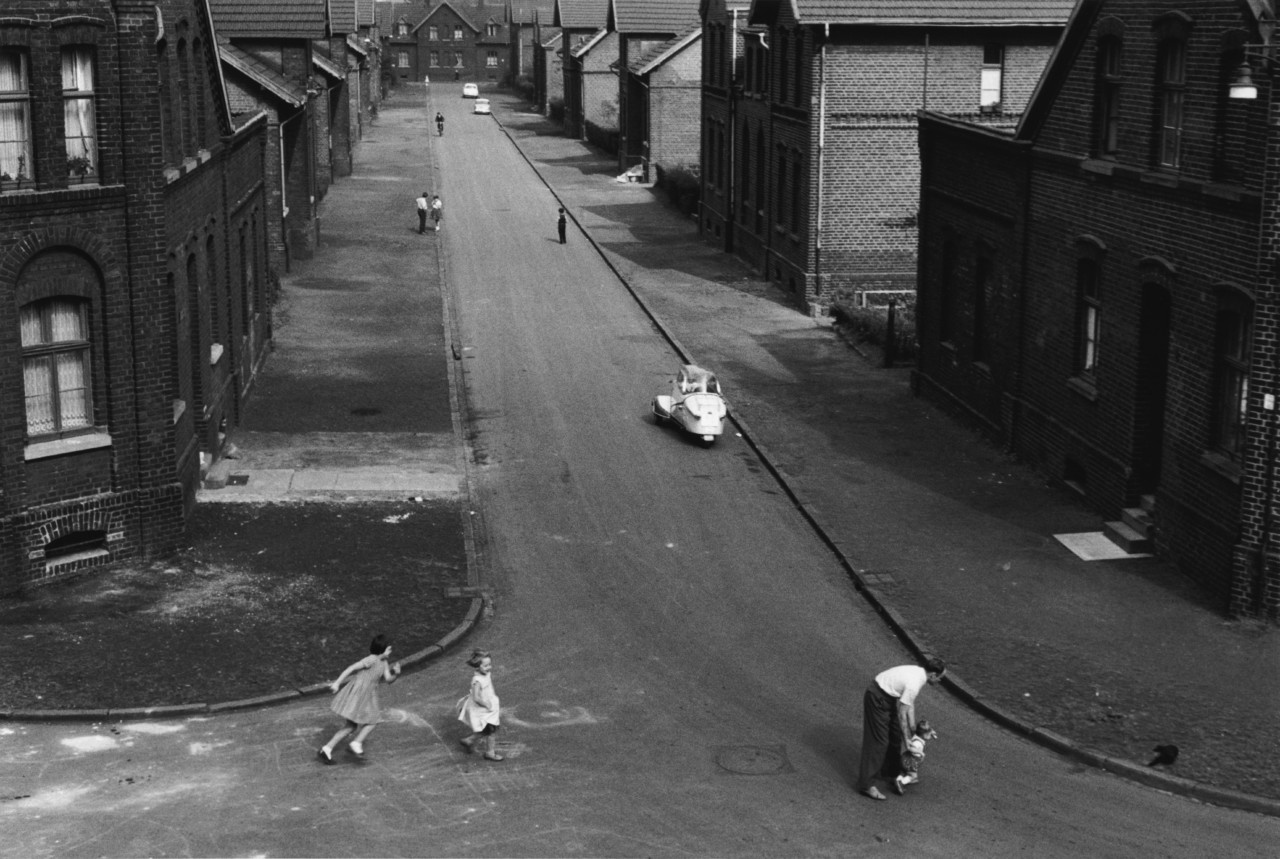 Leafing through the pages of Les Allemands by René Burri, I am grasped by the force of these images and filled with admiration for the book itself. It is not the fruit of a few good photos, but a collection that has been built up, page by page, image by image: an almost empty street: a little girl running past a Messerschmitt parked on the side of the road, a rare car at the time; in East Berlin in 1959, a sunny day. and a man who could have been Nikita Khrushchev is standing facing some reconstructed modern housing blocks, with a guy selling bananas on his right, and a few figures on his left; in Frankfurt, people in the street stand face-on, while a woman walks past on the left, and a man emerges on the right – they are all in the right place (Henri Cartier-Bresson?). 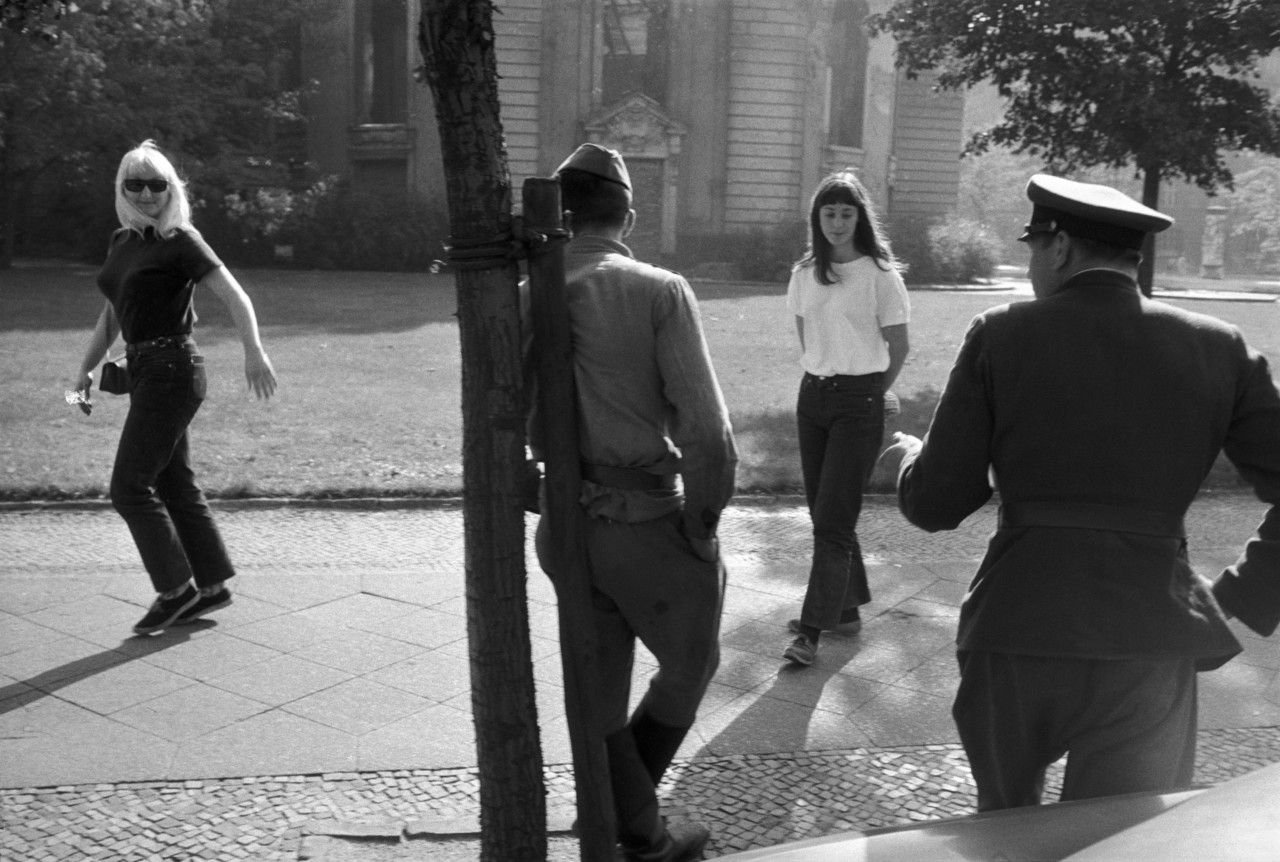 "Nothing important is happening but that is precisely because a great photo doesn't necessarily have to show something important, it can be ordinary, anodyne" 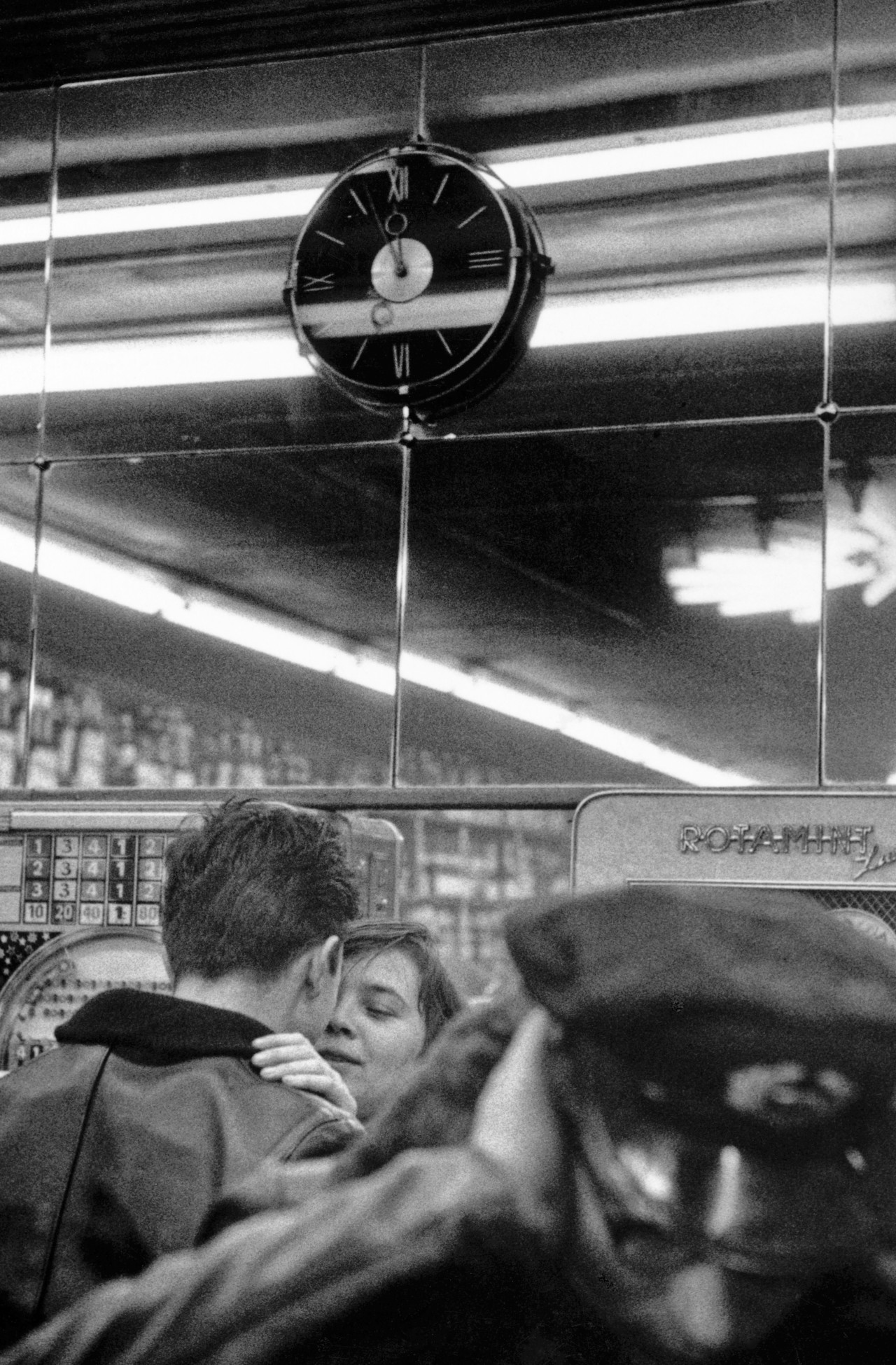 These descriptions would apply to many other pages. Nothing important is happening but that is precisely because a great photo doesn’t necessarily have to show something important, it can be ordinary, anodyne. Knowing how to see this is not as easy as it seems. Les Allemands also offers us this remarkable series of vertical photos: Bonn in 1962, a very Robert Frank-like little girl with flowers; Frankfurt station, the man with a cap; the Mercedes in the foreground, a young woman passing and a placard on the left – a very dynamic composition; Hamburg in 1962, inside a cafe, a pair of lovers beneath a clock. Who is this woman crossing the frame, right in front of officials and flags on Marx-Engels square in West Berlin in 1959? What is she doing there? This is a photographical moment that can’t respond: it is one of his loveliest… Not forgetting the group of men in Essen, in 1960, posing with such serious expressions that they recall the characters in Eric Salomon’s photos. 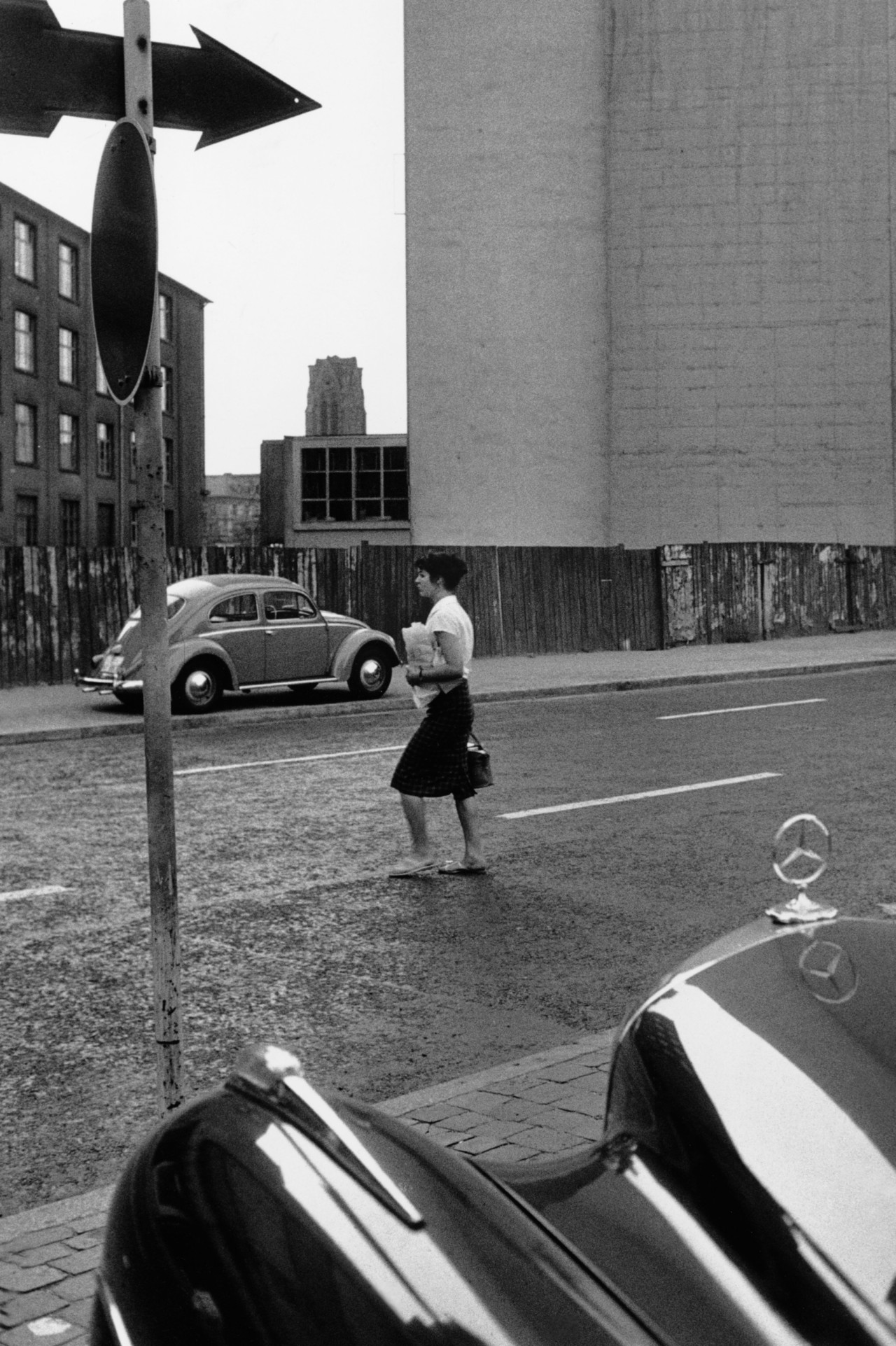 "I can never thank René Burri enough for his magnificent work, and especially for Les Allemands: I am wild about it..." 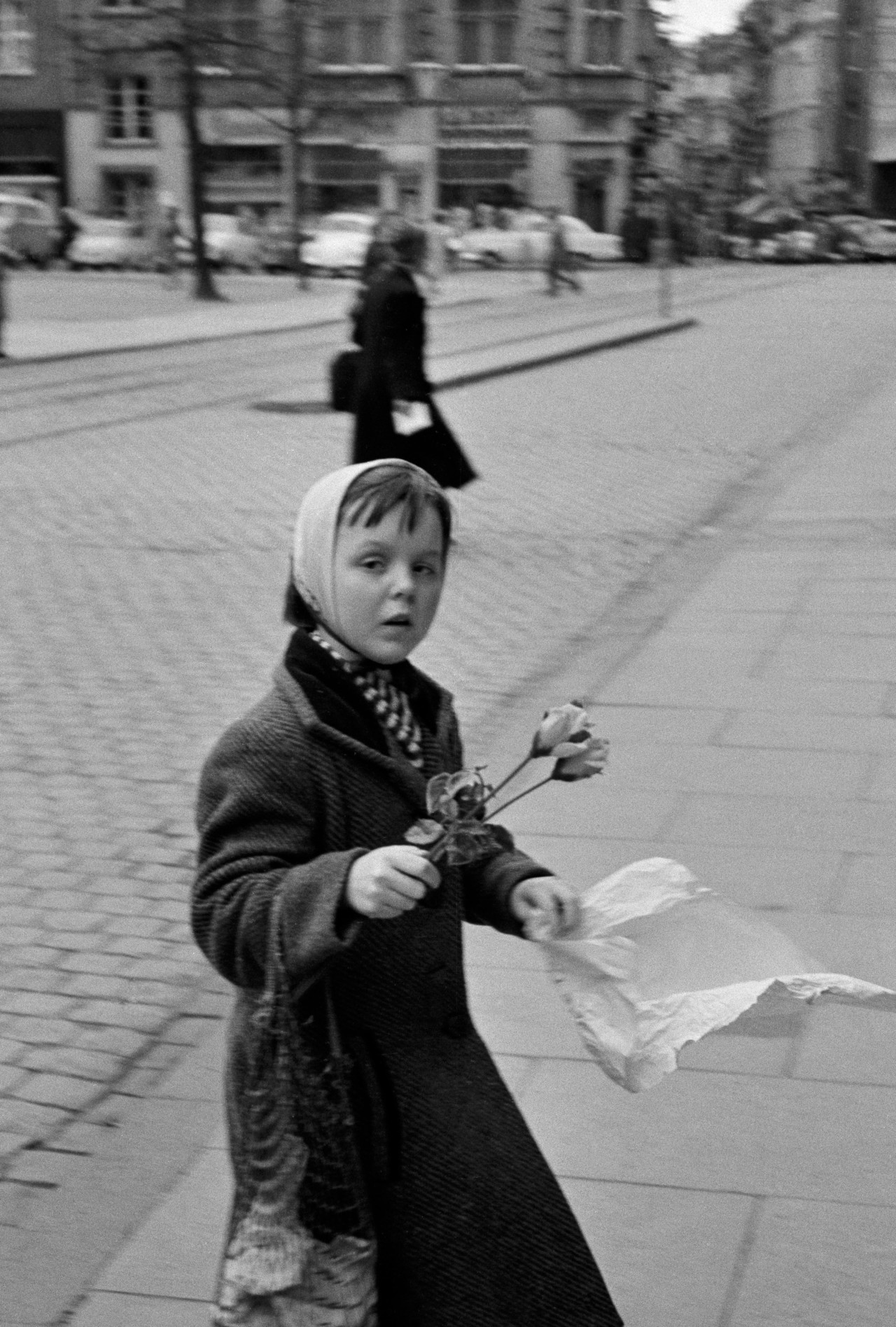 With the exception of this last image, the photos I have just mentioned are not the best- known ones in this book, but they are the ones which haunt me, and which are engraved into my memory forever! I can never thank René Burri enough for his magnificent work, and especially for Les Allemands: I am wild about it – and Agnès de Gouvion Saint-Cyr would not disagree! René Burri is one of those who have created new openings for the language of photos, for ever, just as Aldous Huxley did with his book, The Doors of Perception (1954). Certainly, René Burri is one of the most important and one of the most modern authors of the second half of the twentieth century. 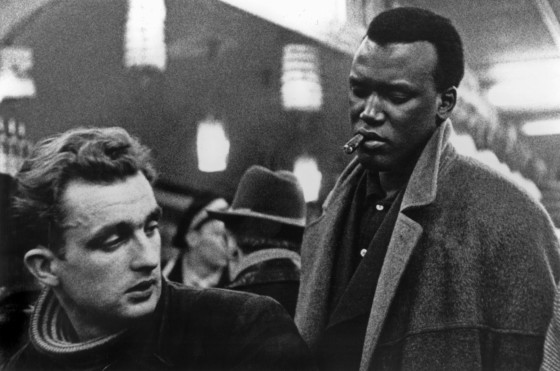 René Burri A GI on leave in a bar in the entertainment district of the Reeperbahn. Town of Hamburg. © René Burri | Magnum Photos 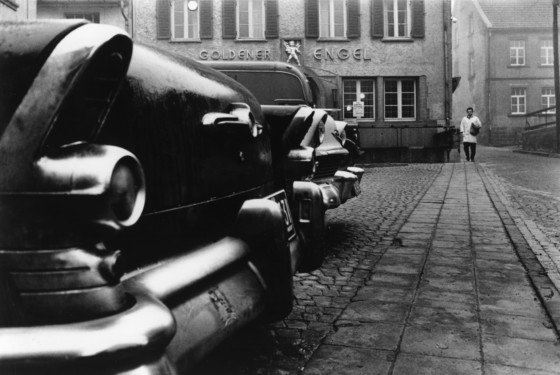 "I am grasped by the force of these images and filled with admiration for the book itself. It is not the fruit of a few good photos, but a collection that has been built up, page by page, image by image" 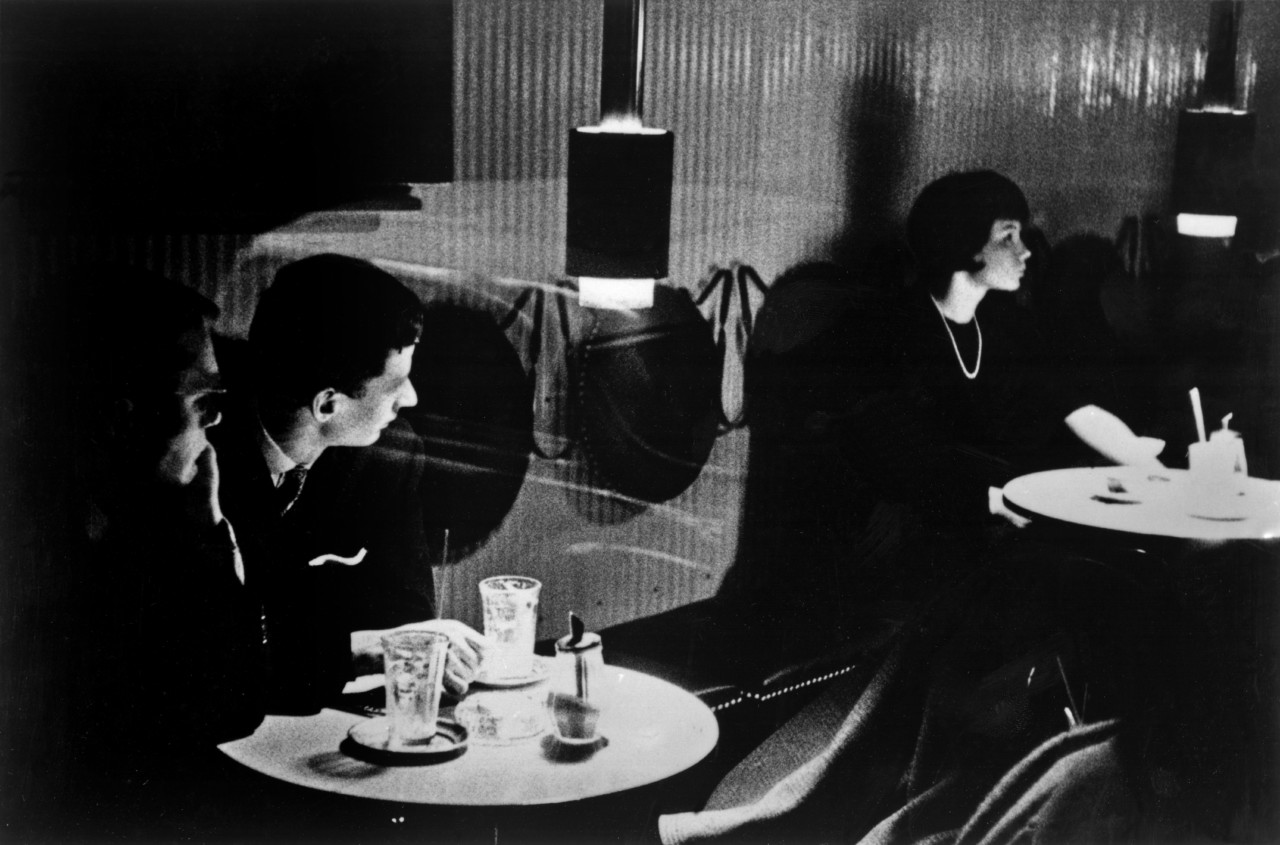