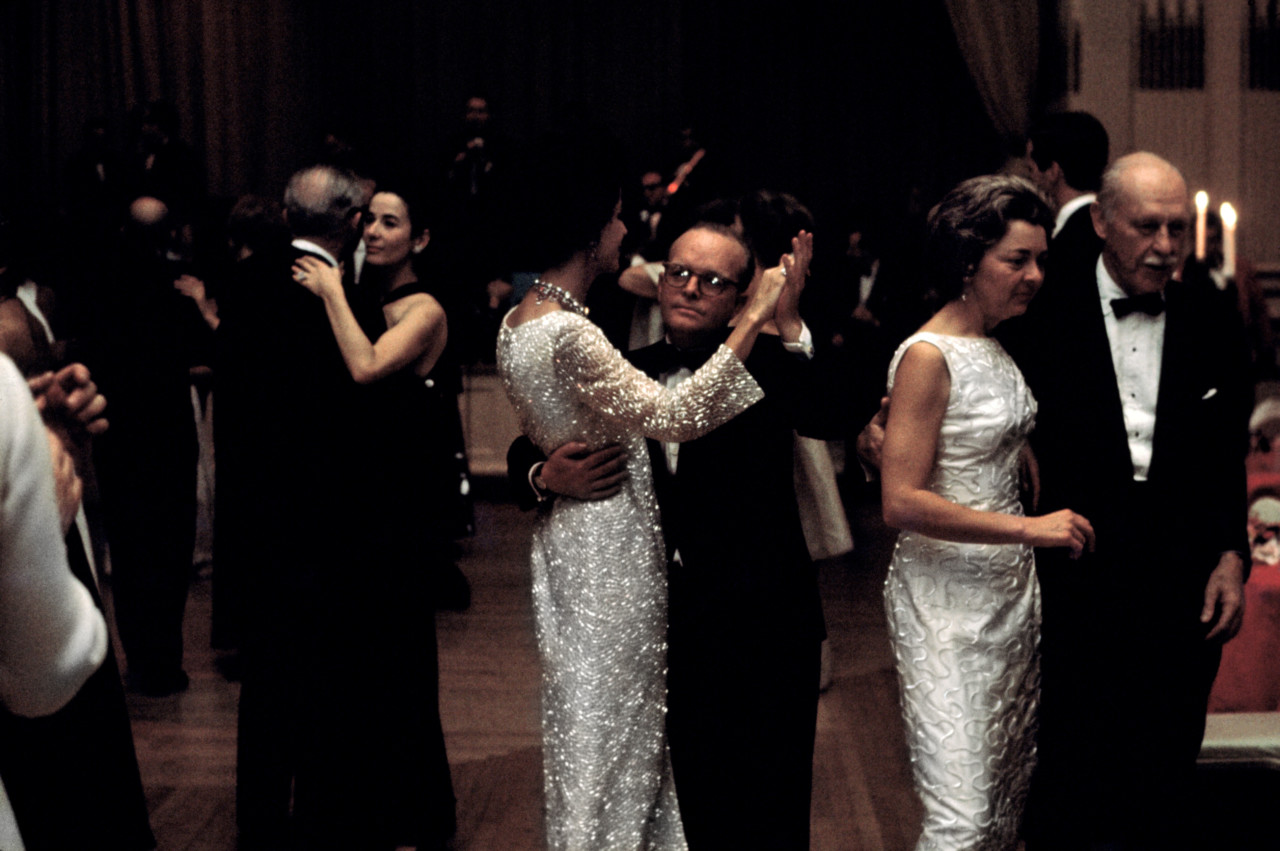 On November 28, 1966, Truman Capote – at the height of his literary and societal powers following the runaway success of his true cime masterpiece In Cold Blood – threw a party in New York’s Plaza Hotel. The guest list included Frank Sinatra, Mia Farrow, a Vanderbuilt, and an Italian Princess, as well as myriad assorted gems of the city’s upper echelons. Magnum photographer Elliott Erwitt was in attendance, photographing a number of high profile guests, and capturing a celebration that was to inspire countless emulations and immitations over the following decades.

Today, on what would have been Capote’s 95th birthday, we share an excerpt from Swan Song, the acclaimed novelisation of Capote’s fall from grace. The infamously social author was eventually rejected by the influential women who had previously fawned over and supported him, following the 1975 publication of an excerpt from his work in progress Answered Prayers in Esquire. Answered Prayers was itself a (not so flattering) novelisation of the lives of many of his sponsors.

The excerpt sees Capote’s coterie of admirers fluttering over preparations for the very ball that Erwitt photographed, attended by the cream of New York’s literary and high society.

Swan Song, by Kelleigh Greenberg-Jephcott, is published in paperback by Windmill, more information can be found here. 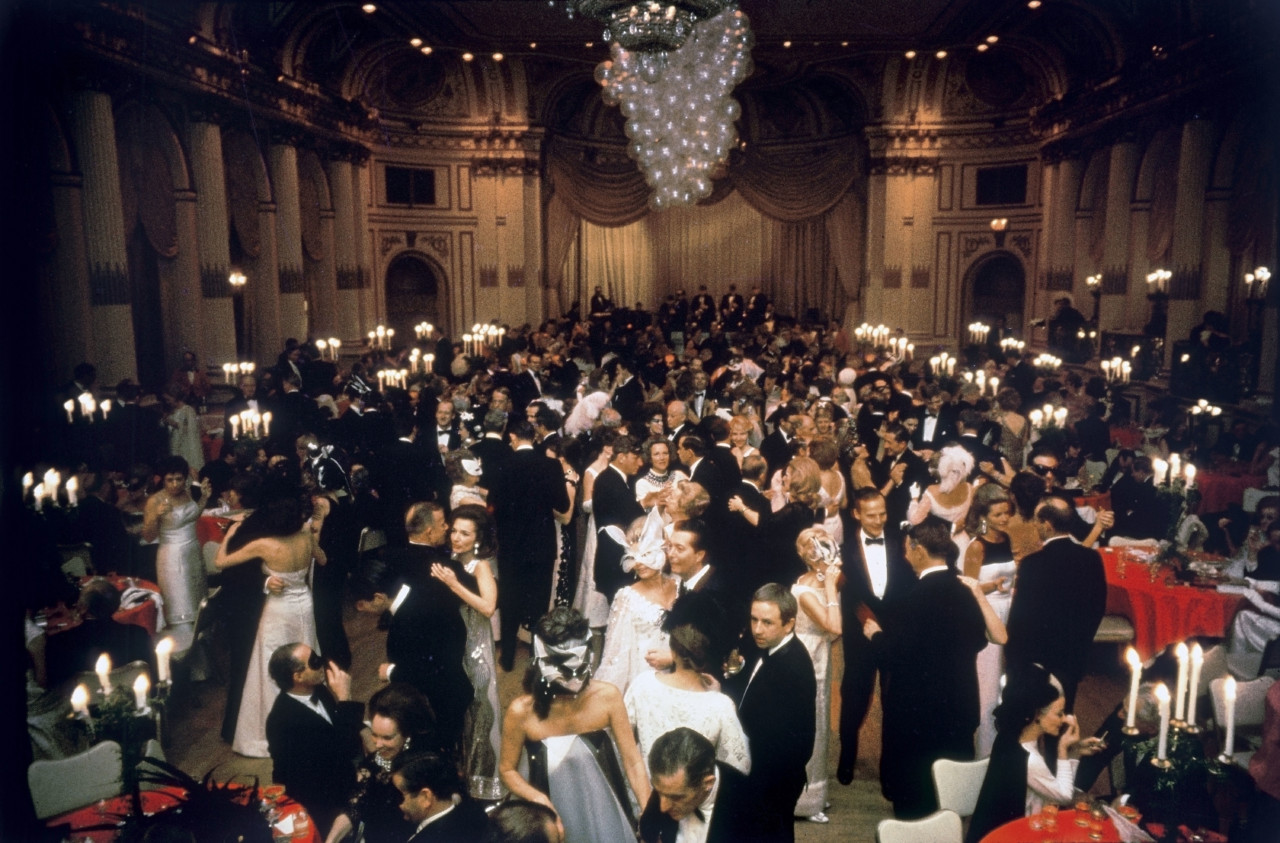 We were desperate to stand out.

To be seen as unique. Singular.

The worst we could imagine, on such a night as Truman’s ball, would be to blend into the crowd, be it our small coterie, or the larger one. The mere thought of being lopped in with anyone— whoever they might be—rankled. We didn’t want to be mentioned alongside even those to whom we were closest and thus most often paired: Babe and Slim, the lady and the broad; Marella and Lee, royalty by birth and marital upgrade; Gloria and C.Z., raven and dove. Wretched, the idea of being compared. Worse still— compared and found to be lacking.

Ordinarily we didn’t mind being mentioned alongside one another. We accepted that we were part of an elite, and while we strove to exist in our own right, it was comforting on some level to know that we belonged. But other times we yearned to be so exceptional that no one—not even Truman—could tag us as one in a flock.

Put plainly, we wanted to outdo one another. 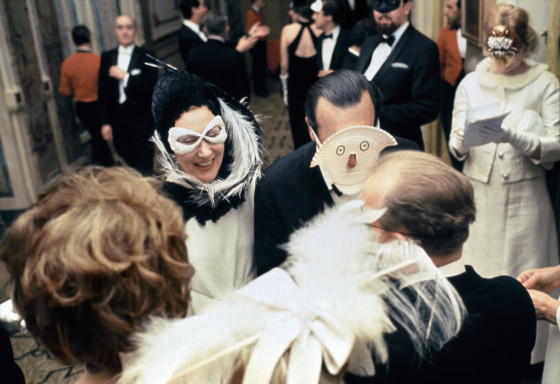 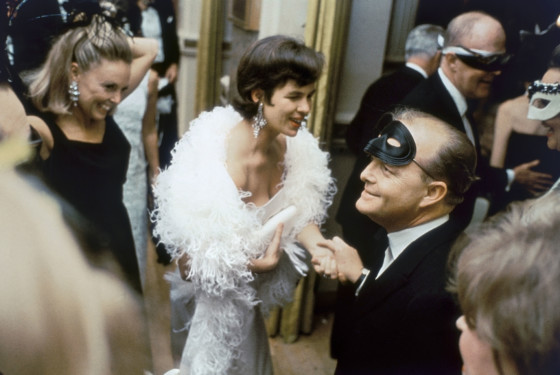 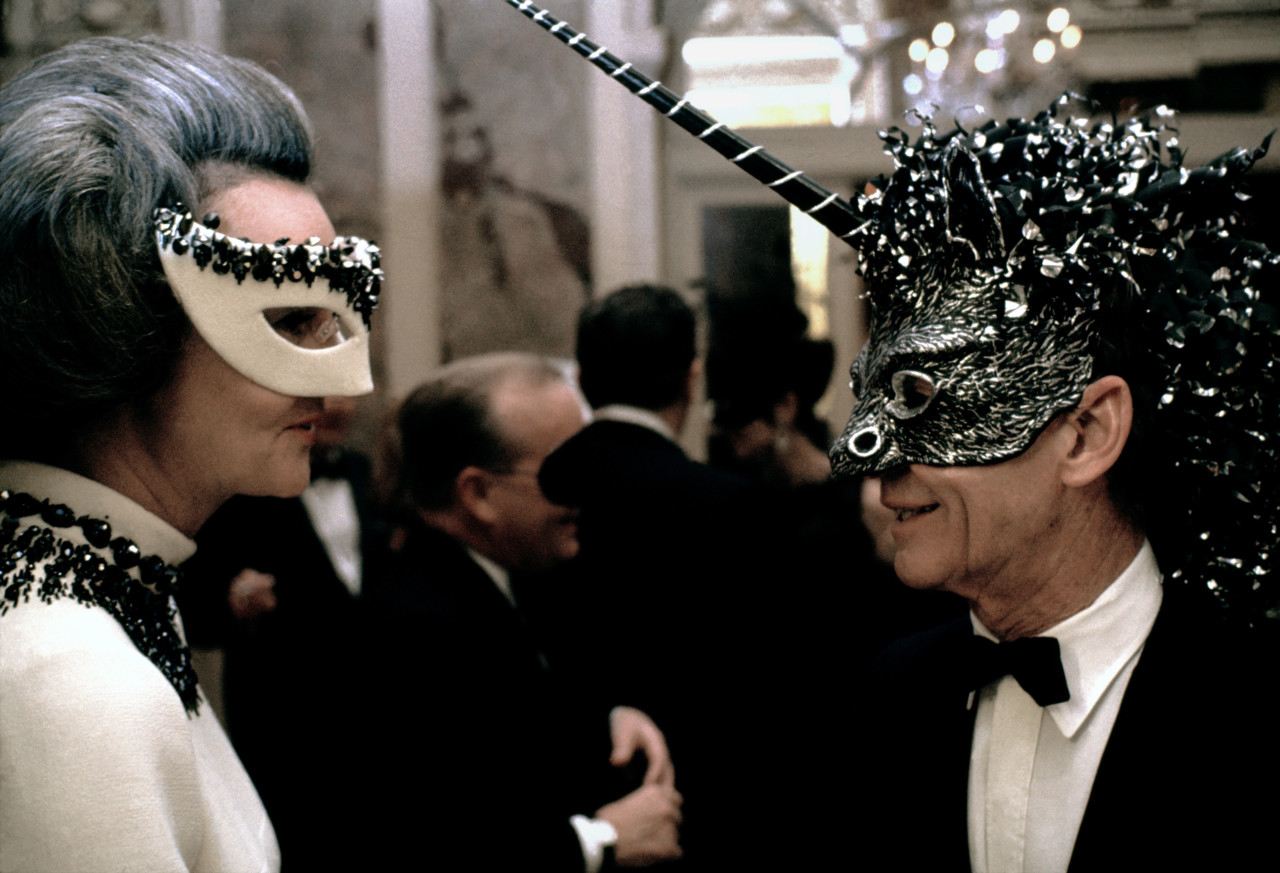 The masks proved especially tricky, for they threatened to cover our faces; to conceal our identities. ‘But that’s the whole idea, sugar!’ Truman had laughed.

They were a theatrical touch, we had to admit, and one could appreciate the spirit of egalitarianism they promised to promote—‘So the doorman might dance with the duchess,’ he’d enthuse—but what good was striving for recognition if we were just to be hidden away behind a bunch of goddamn masks? Did that not render us interchangeable—the very thing we were striving to avoid? But Tru had insisted, and we accepted it as the price of admission. Lord knows we enlisted the milliners in the effort, plucking every wildfowl on the eastern seaboard.

‘Masks!?’ Loel Guinness had scoffed from the table of his French château, where he sat finishing his cheese course, at which time he ritually allowed Mister, his prize Pekinese, onto the table to be fed his peppermint. ‘Kids’ stuff!’

Gloria had tried to sway him, really she had. ‘But darling, Diablito says they’re the great leveler—that people can mix beyond their usual circles.’

‘I don’t need to mix beyond my usual circles . . . right, Mister?’ Mister wagged his tail, moving down the table to lap from Gloria’s water glass.

‘But Loel, Diablito will be so disappointed. Everyone who is anyone will be going. It’s to be the party of the century.’

‘Did Truman tell you that? I hope he’s half as good at writing as he is at self-promotion,’ Loel, who didn’t go in for fiction, chuckled.

Changing tactics— ‘Gianni is going. And Stas and Winston and Bill. . .’

‘Well,’ said Loel, pouring a healthy glass of Bordeaux, retiring to the armchair in his study. ‘They can enjoy it. I’ll be home in bed.’ 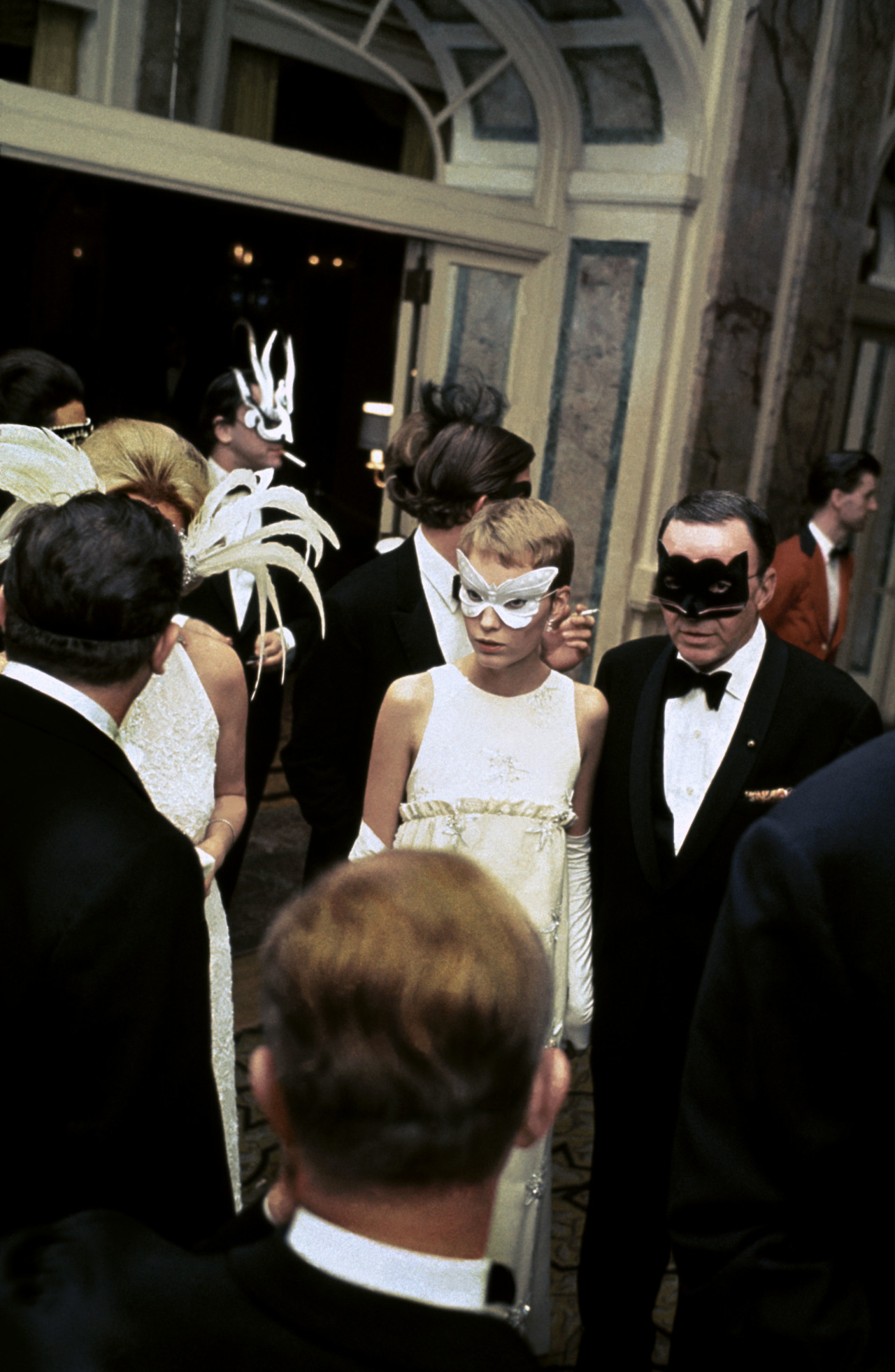 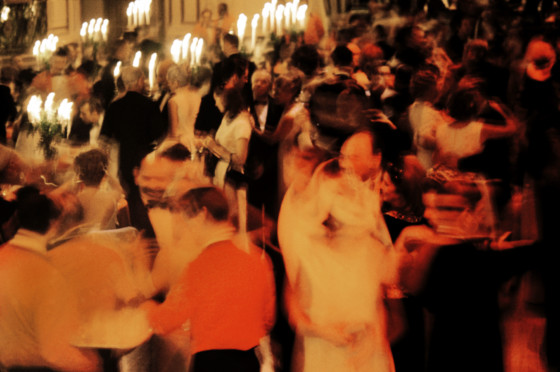 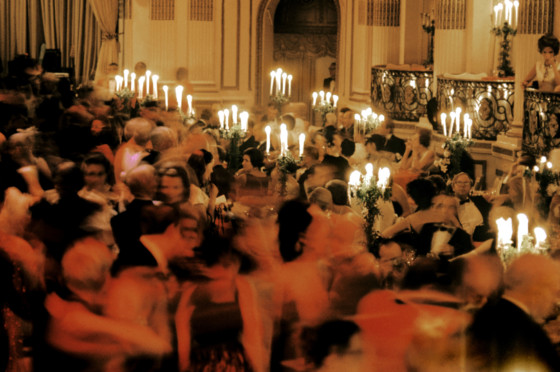 Gloria, we’d later learn, would console herself for her un- escorted state by purchasing an ebony gemstone mask for an undisclosed sum from a jeweler in Paris, to contrast the white gown of cylindrical crystals she’d commissioned from couturier Castillo, selected for their shared Latin roots. She decided on not one but two chokers to adorn her fragile neck—diamond and ruby respectively. Happy to be absent, for once Loel—notorious cheap- skate—didn’t quibble.

While striving for sui generis in her choice of designer, Gloria was deflated to learn that Babe—quite independently—had chosen Castillo too. And from the custom department at Bergdorf’s no less, rendering Gloria’s European purchase meaningless. With perfectionist’s assurance, Babe had decided on a column gown of white zibeline, a mix of wool and camel hair. Her only embellish- ment: a collar of faceted rubies (paste again; she kept the real ones in her safe). She had them sewn into the neckline, descending in regal, Byzantine drops. A high slit lent subtle sex appeal, for, on this evening of evenings, even Babe hoped to shake things up. 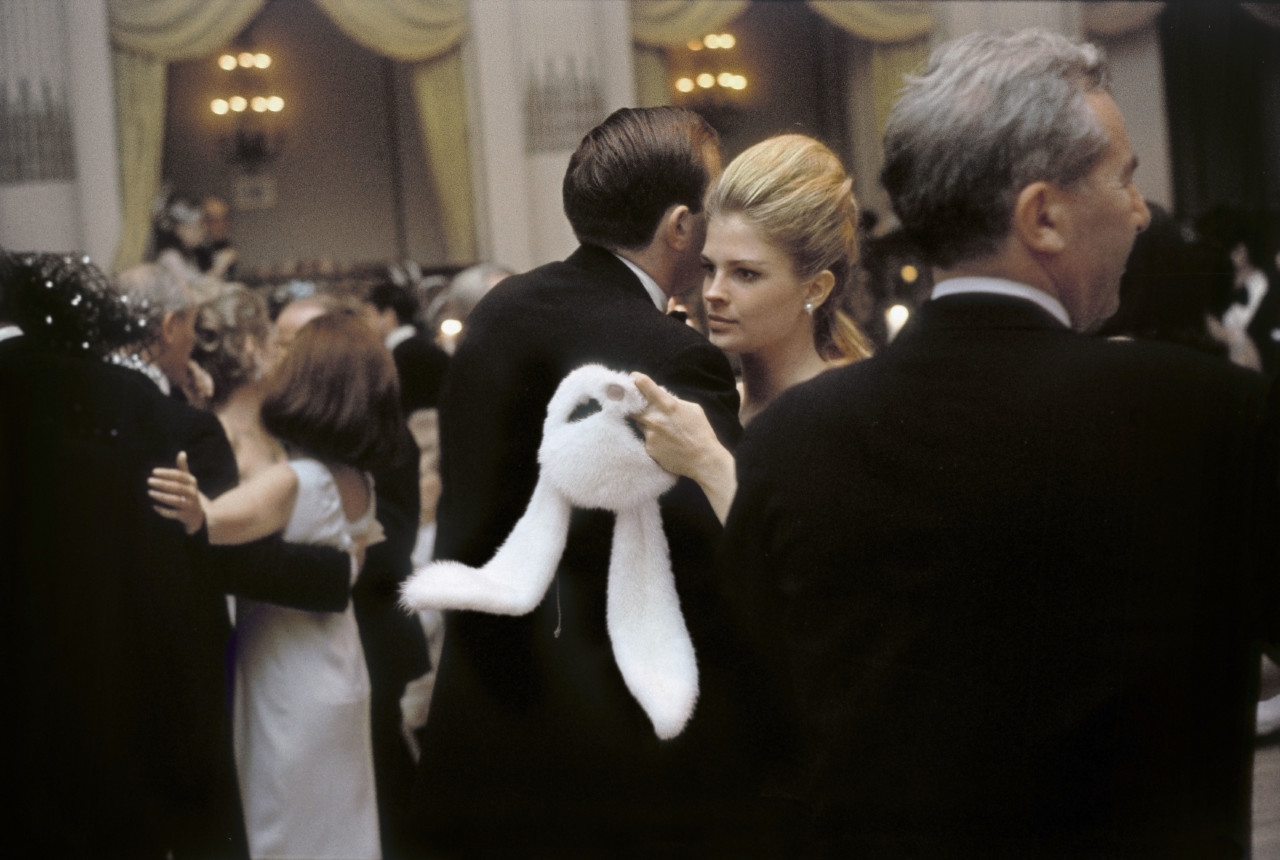