Belfast is a city that wears its history – and, by way of its history, its divisions – on its sleeve, as captured by Magnum’s Martin Parr on his recent trips documenting its tourism industry this year.

The British photographer was commissioned by Belfast Exposed to explore the city’s changing landscape and its growing influx of tourists in a new exhibition. The resulting photographic series is typical of much of his work that explores British life on an everyday level, focusing on the mundane to the absurd. Northern Ireland and its tourism industry will be affected by Brexit, yet, amid the heavy Brexit debates over EU migration to British cities in June, the multitude of issues affecting Northern Ireland were ignored. Within hours of the vote to leave the European Union, Sinn Fein’s Martin McGuinness called for another referendum – on the reunification of Ireland. 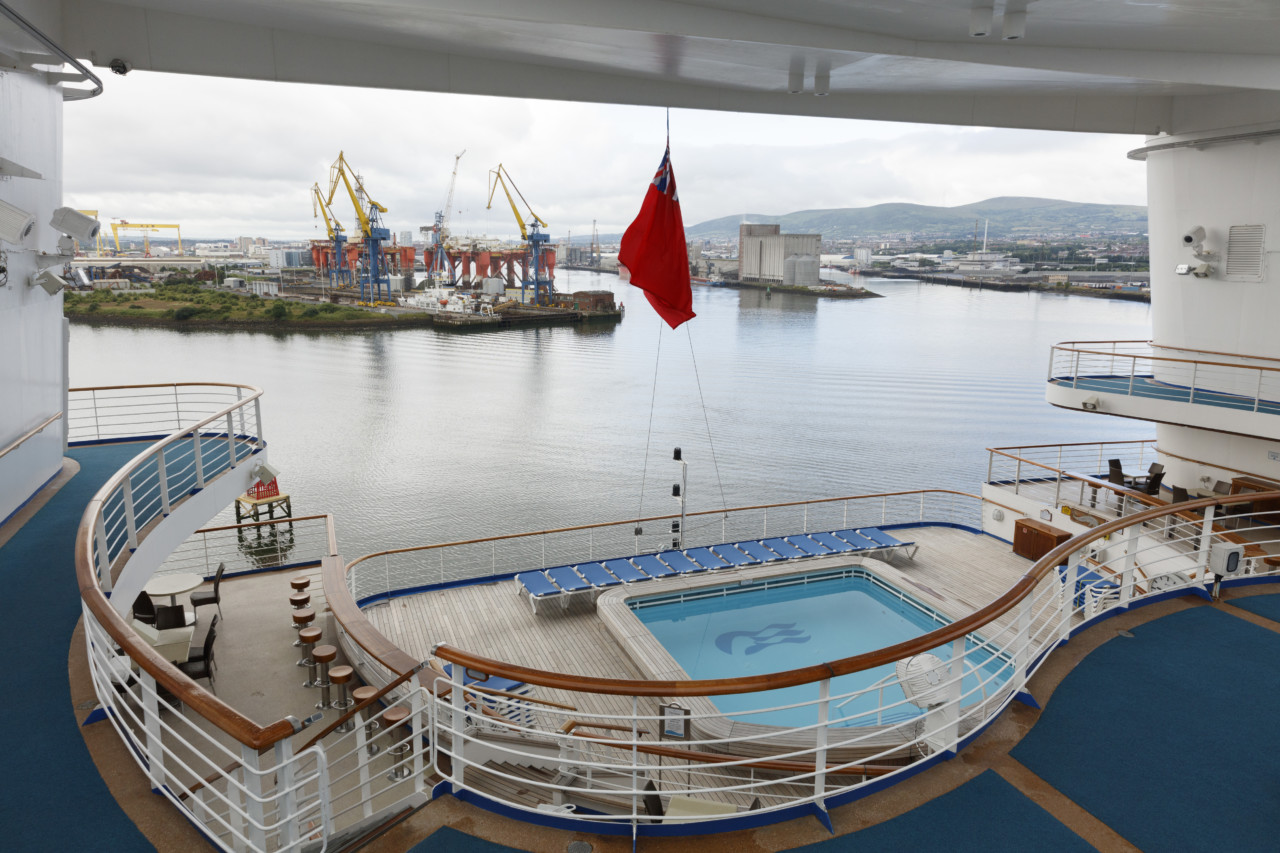 Although the calls for the reunification referendum are unlikely to be heeded, with support for the union standing at 63% according a recent poll, the border’s status will be a contentious subject in months to come. Currently, thanks to an open border, citizens in the Irish Republic and Northern Ireland are able to travel between the two countries unfettered, bringing substantial benefit to both economies. How the impending Brexit will affect this freedom and relationship remains to be seen. 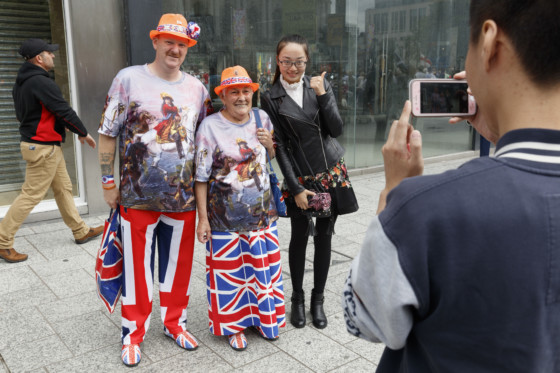 When Northern Ireland was founded in 1921, two distinctly different communities were thrown together. The result was years of ideological combat, with both the Loyalist and Republican sides establishing paramilitary forces.

However, since the Good Friday Agreement was signed with the British government in 1998, decades of bloody guerrilla warfare have been followed by a period of stability. There has seldom been residuary frustration with the stasis of the constitutional settlement, incidents of violence from dissident groups are isolated, and ‘The Troubles’ of the 1970s are a thing of the past. Many walls of buildings in the city of Belfast are covered in murals referencing key incidents and depicting folk heroes from ‘The Troubles’ of both sides of the sectarian divide, for example, one is a tribute to Bobby Sands, the Provisional Irish Republican Army member who died on hunger strike while imprisoned. In recent years many politically charged murals referencing the troubles have been replaced with images depicting the wider history of Ireland. A mural featuring King William of Orange crossing the River Boyne during the conquest of Ireland in 1690 is painted over the site of a former Ulster Freedom Fighters mural at Sandy Row, one of the most photographed murals of the troubles; and the Peace Wall, originally erected to segregate Catholics and Protestants, is now covered in brightly colored graffiti illustrations.

Since the peace agreements, Northern Ireland has witnessed a dramatic economic resurgence. The tourism industry has flourished, bringing large-scale investment and unprecedented numbers of overseas visitors to the city. In recent years, the industry has been predominantly shaped by its key historical events; the 40-year period of ‘The Troubles’, and the legacy of the Titanic, the ill-fated ship that was built in the Belfast docks. 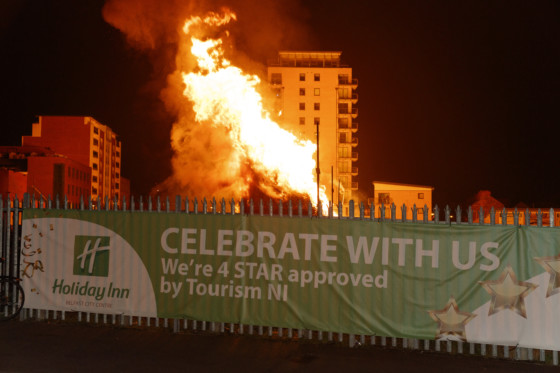 More grassroots industries have developed with the rise of the ‘Troubles Tours’, taking in some of the key locations and political murals from the days of the conflict. “The black cab drivers who take you round the murals, both Protestant and Republican are very knowledgeable, and always have tales from this period, which really brings it alive,” says Parr.

In 2012, the new Titanic Belfast Centre opened its doors, attracting 800,000 visitors in its first year. This staggering flow of tourists to the city has been propelled by the recent rise in cruise liners now docking into Belfast. Many of these boats let loose over 3000 tourists a day and often there are as many as three boats a week. “When the cruise ships arrive, they send around 1200 people on the various tours, from the Giant’s Causeway to tours of the City Hall, and of course the Titanic Quarter.”

However, Brexit has the potential to upset the balance that 20 years of progress has built. The seven Northern Irish constituencies that posted ‘Leave’ votes are all unionist strongholds where the message of British nationalism had more penetration. There are fears that Northern Ireland could radically change because of the vote. The very foundation of the Good Friday Agreement is based on the UK and Irish governments working with one another as “friendly neighbors and partners in the European Union”.

This article runs as part of the series ‘Modern States of Britain’, where Magnum Photos takes the current political temperature in the United Kingdom following the referendum vote to leave the EU. 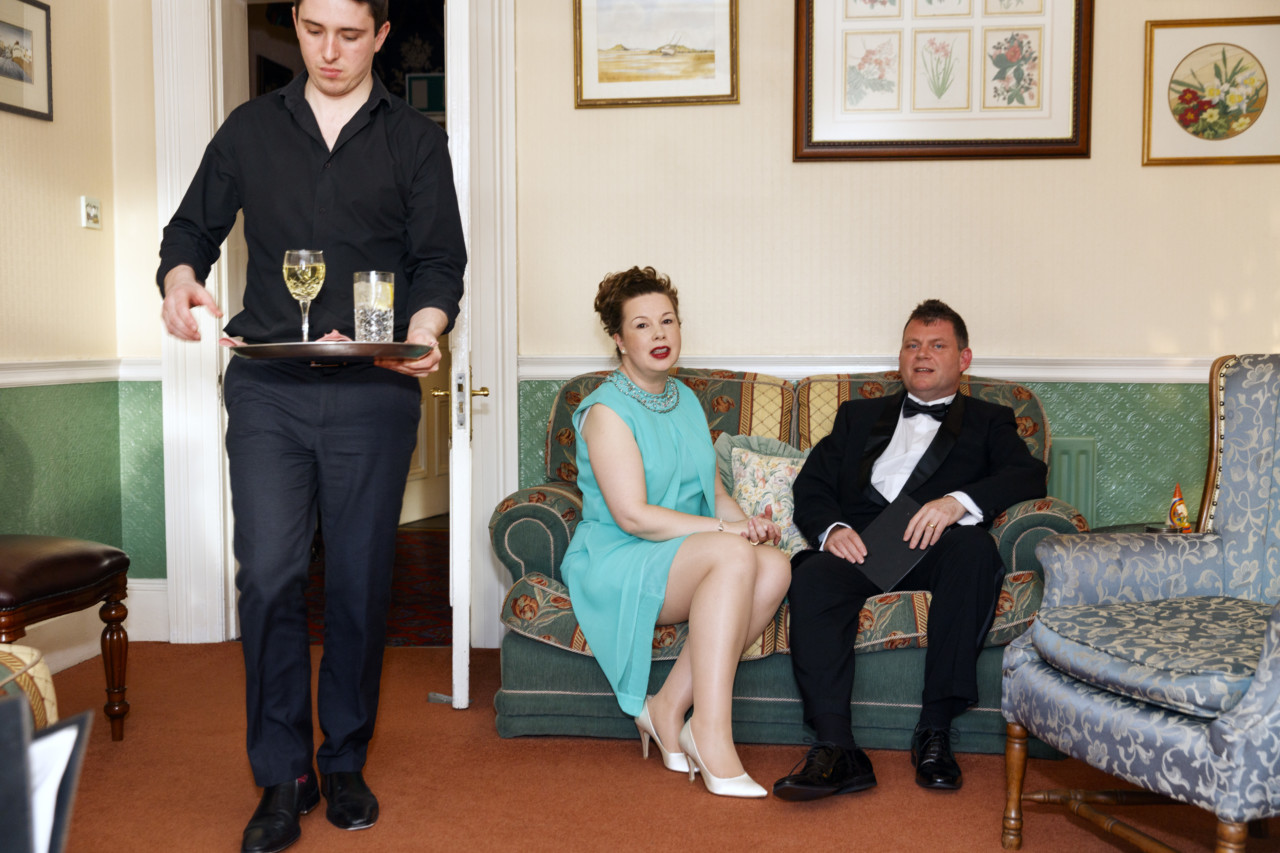