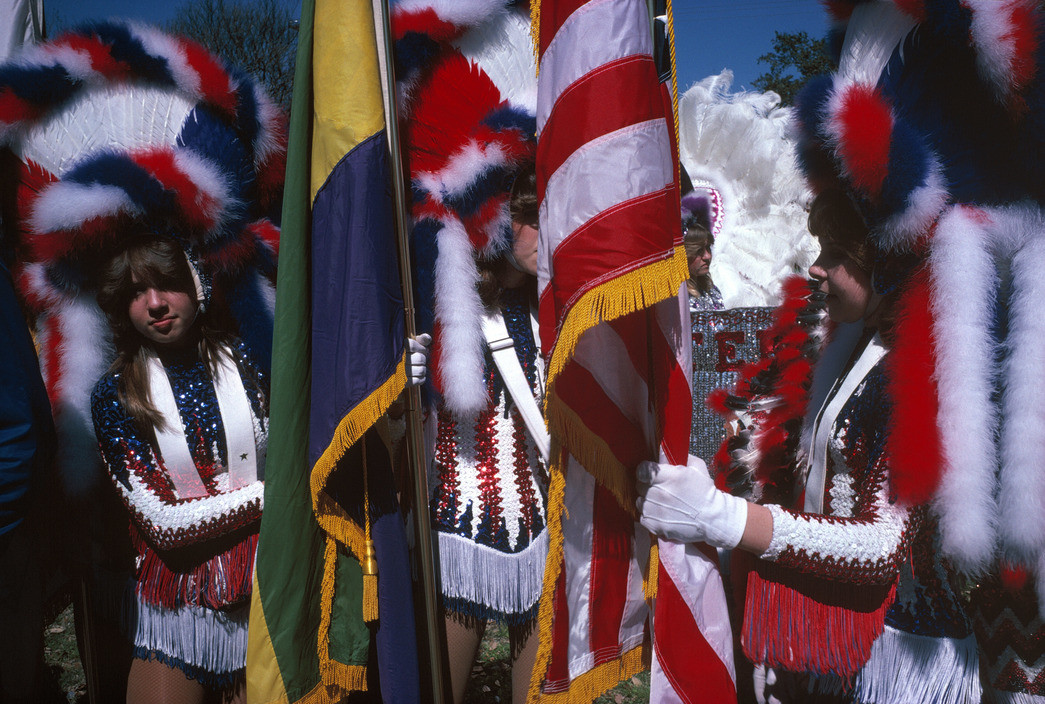 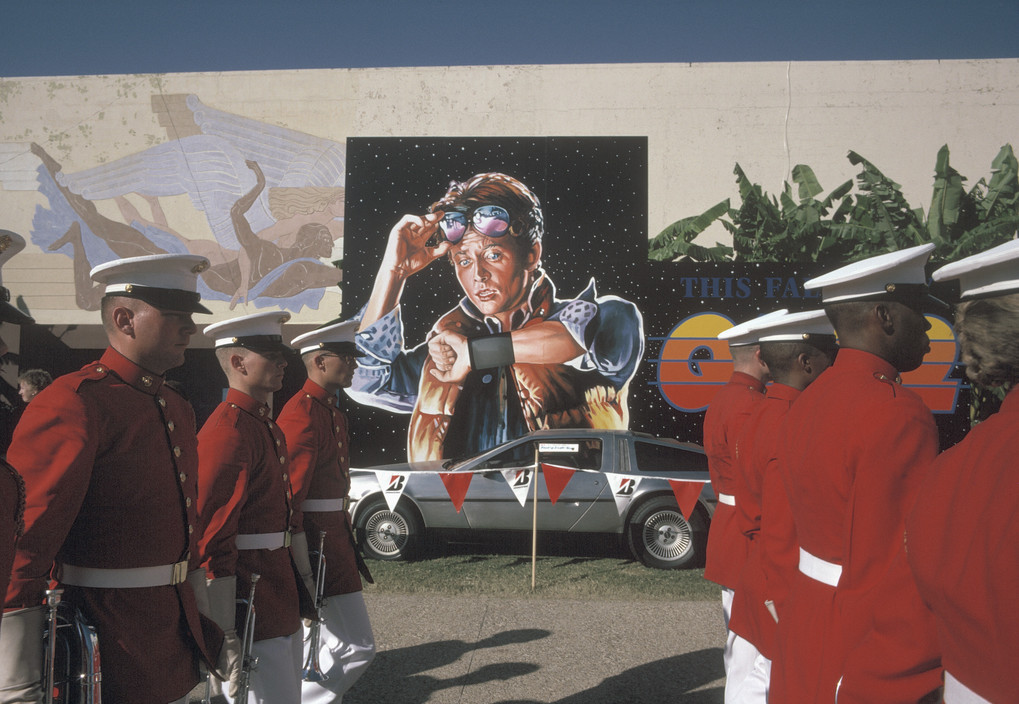 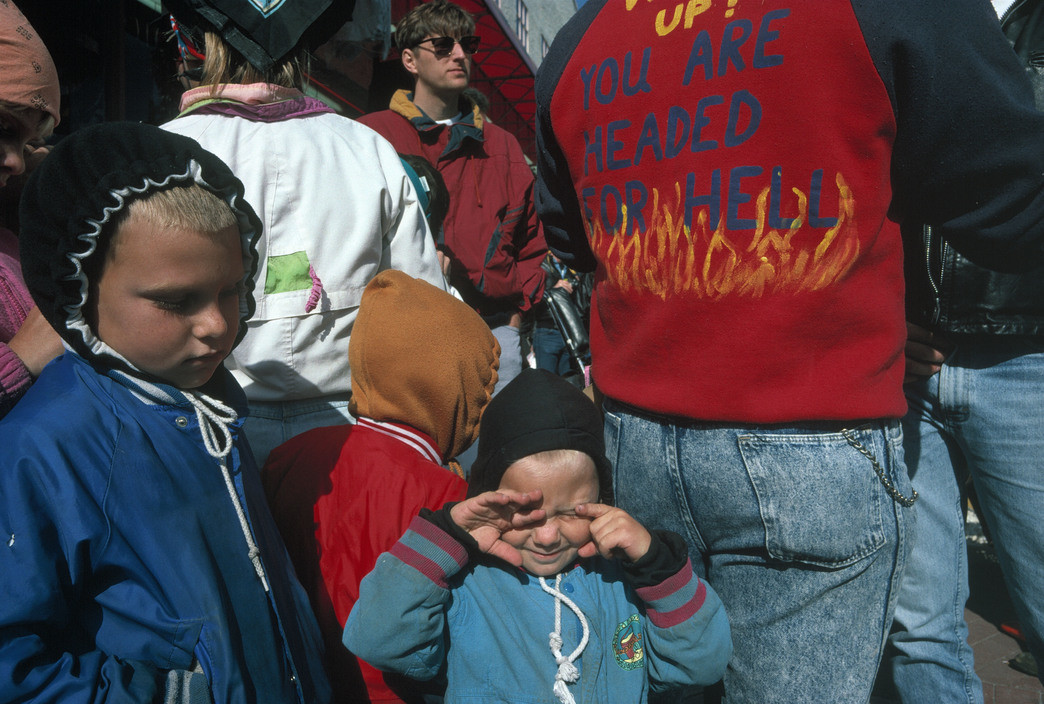 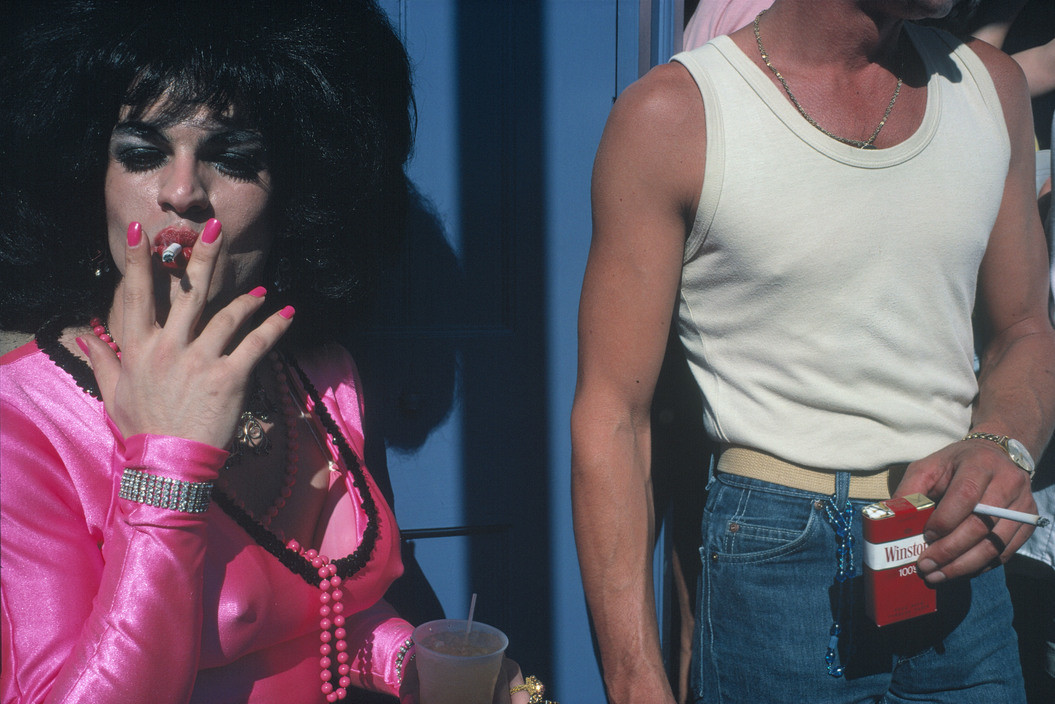 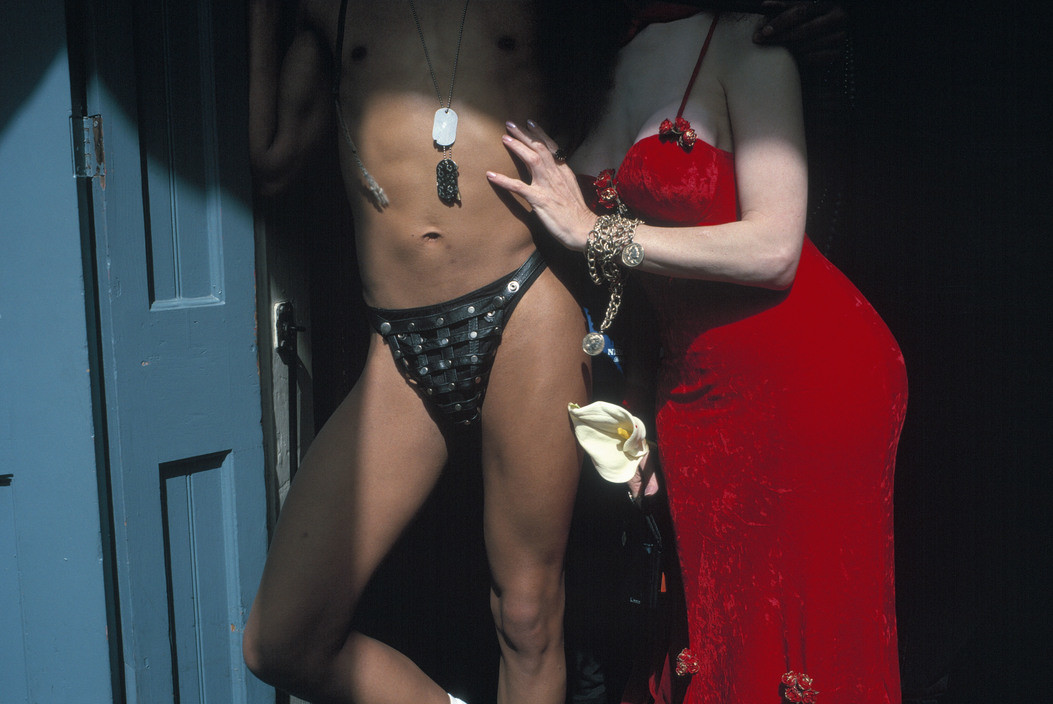 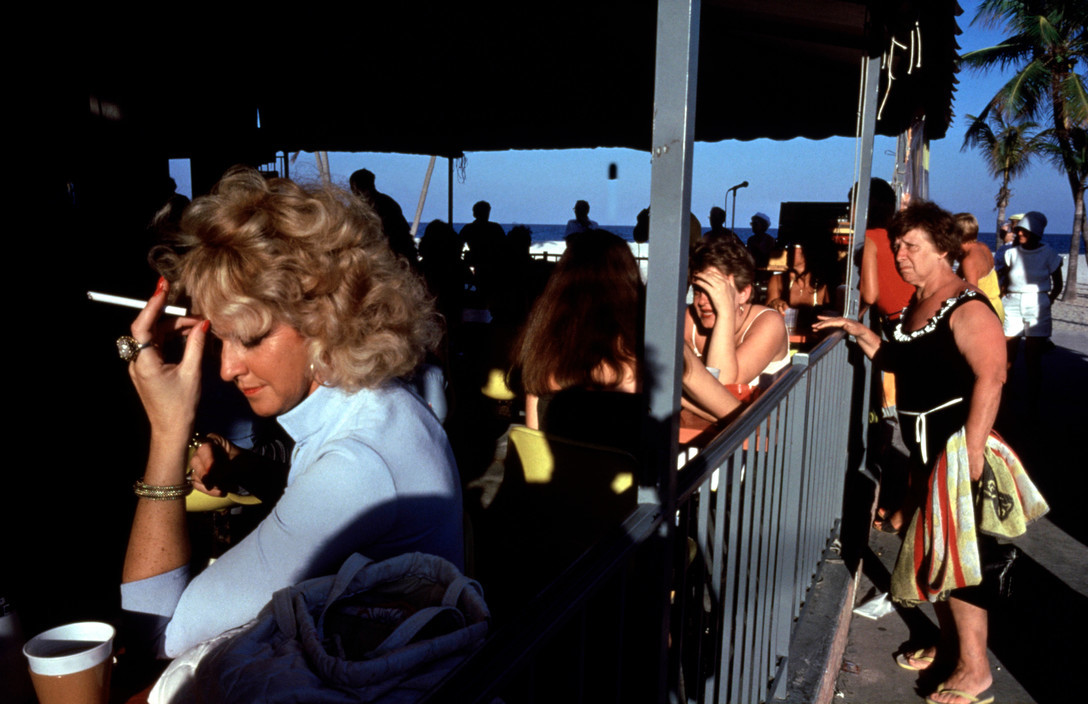 Photographing mostly in exotic locales and at public events within the United States, such as Venice Beach and Atlantic City, Bike Week at Daytona Beach and Mardi Gras in New Orleans, Constantine Manos presents a kaleidoscopic view of American culture. Although the pictures were taken in the United States, they do not pretend to constitute a general or definitive statement about the country or its people. They are instead specific moments which cannot be categorized and which exist for their own sake.

In his preface to his book American Color Manos says, “The flow of people in a setting, their changing relationship to each other and their environment, and their constantly changing expressions and movements – all combine to create dynamic situations which provide the photographer with limitless choices of when to push the button. By choosing a precise intersection between subject and time, he may transform the ordinary into the extraordinary and the real into the surreal.” 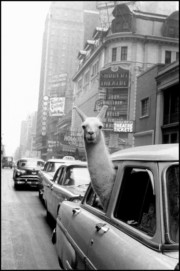