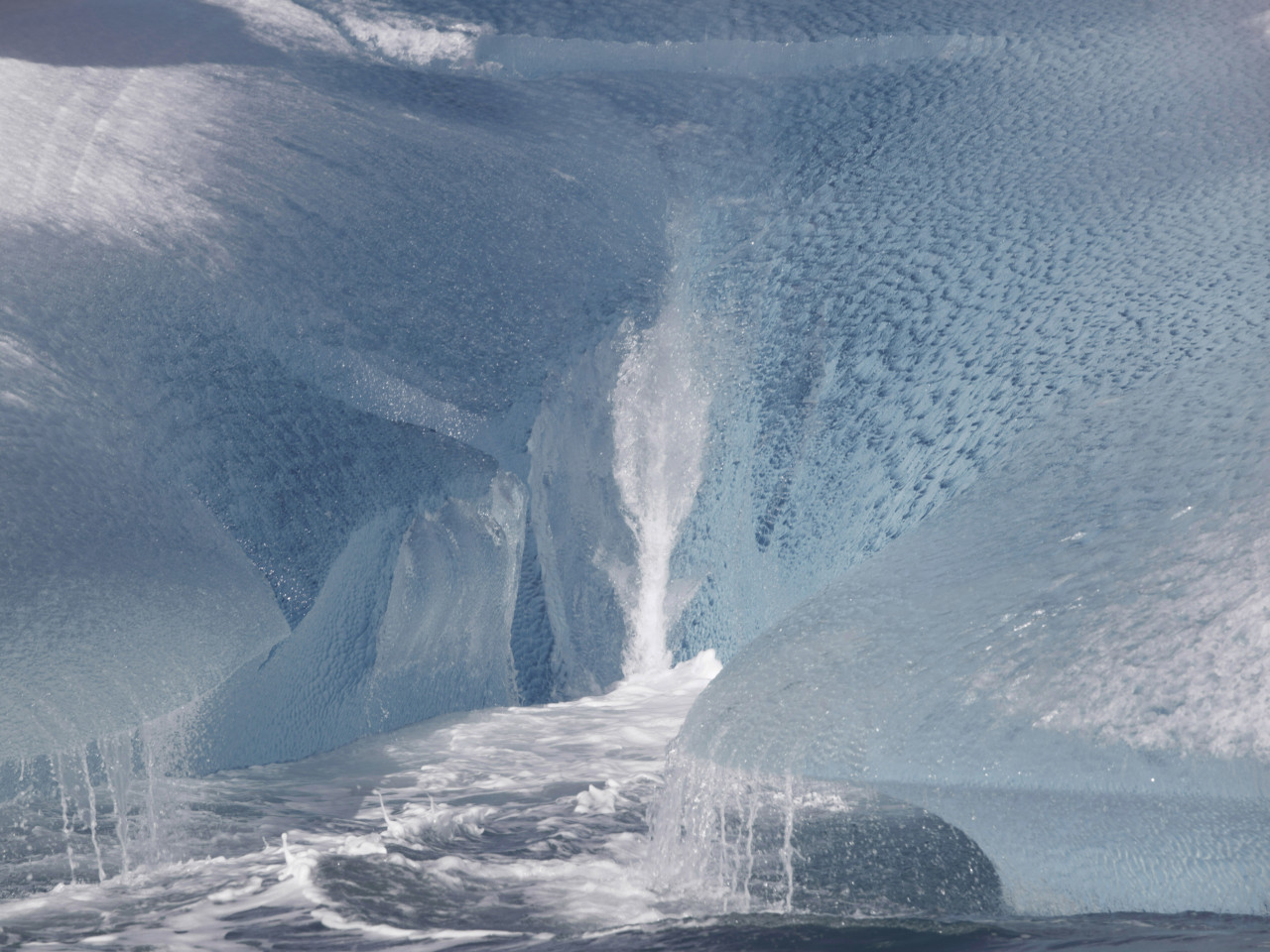 “I like to go to hostile lands to be at the limits,” says Magnum’s Jean Gaumy, of his ongoing life’s work photographing the Arctic, a subject matter that is becoming increasingly urgent – and politicized – in light of climate change debates. “I have had a curiosity about these places since being a child, and now, as the climate reaches a new ecosystem on the planet, I think it’s important to see what I can see about that.” 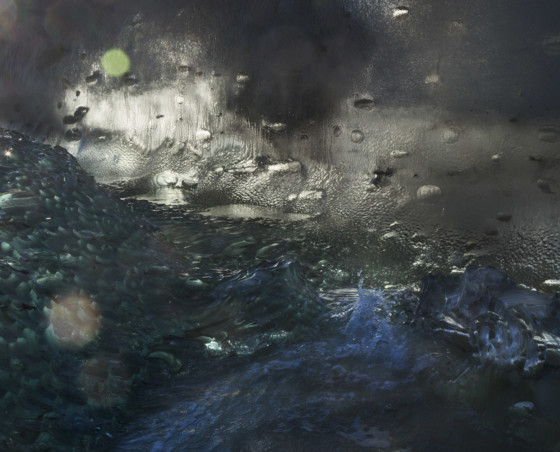 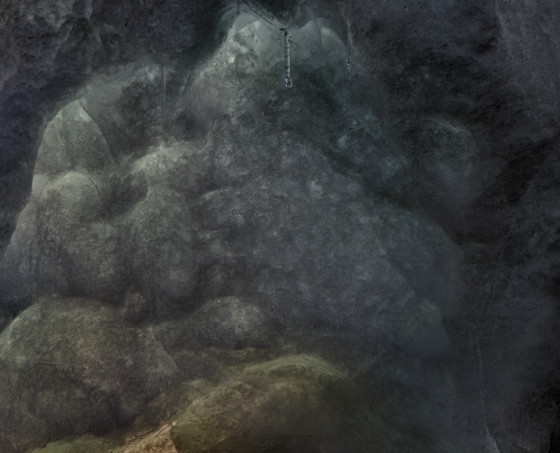 Jean Gaumy Details and inclusions within an iceberg drifting in the fjord in front of the scientific research center during the BB Polar expedition. Ny Alesund, Spitsbergen, Norway. 2013. © Jean Gaumy | Magnum Photos
License | 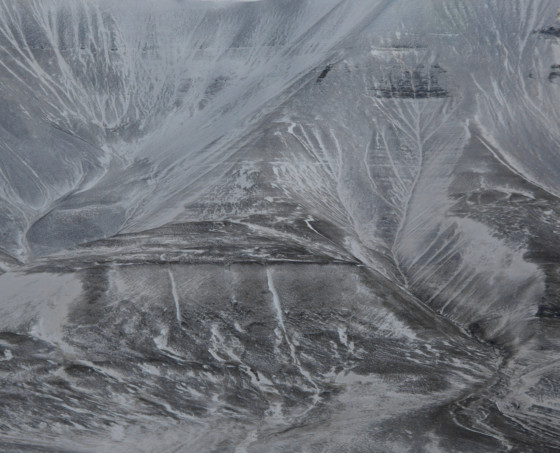 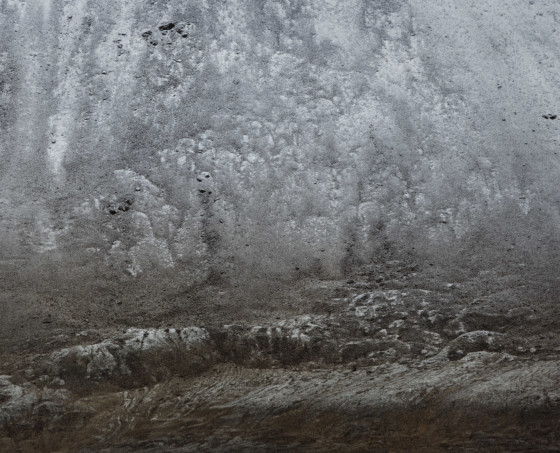 In January 2017 British explorer Sir David Hempleman-Adams spoke out to call for politicians to take action on climate change after a recent trip to circumnavigate the polar region by boat via the Northeast and Northwest Passages – which traditionally should take three years – was completed by his team in just four months and a day because the ice had melted so much. This follows the news from 2016 that scientists have concluded that man’s impact on the planet is now so significant that the Earth has entered a new age – which they call Anthropocene. 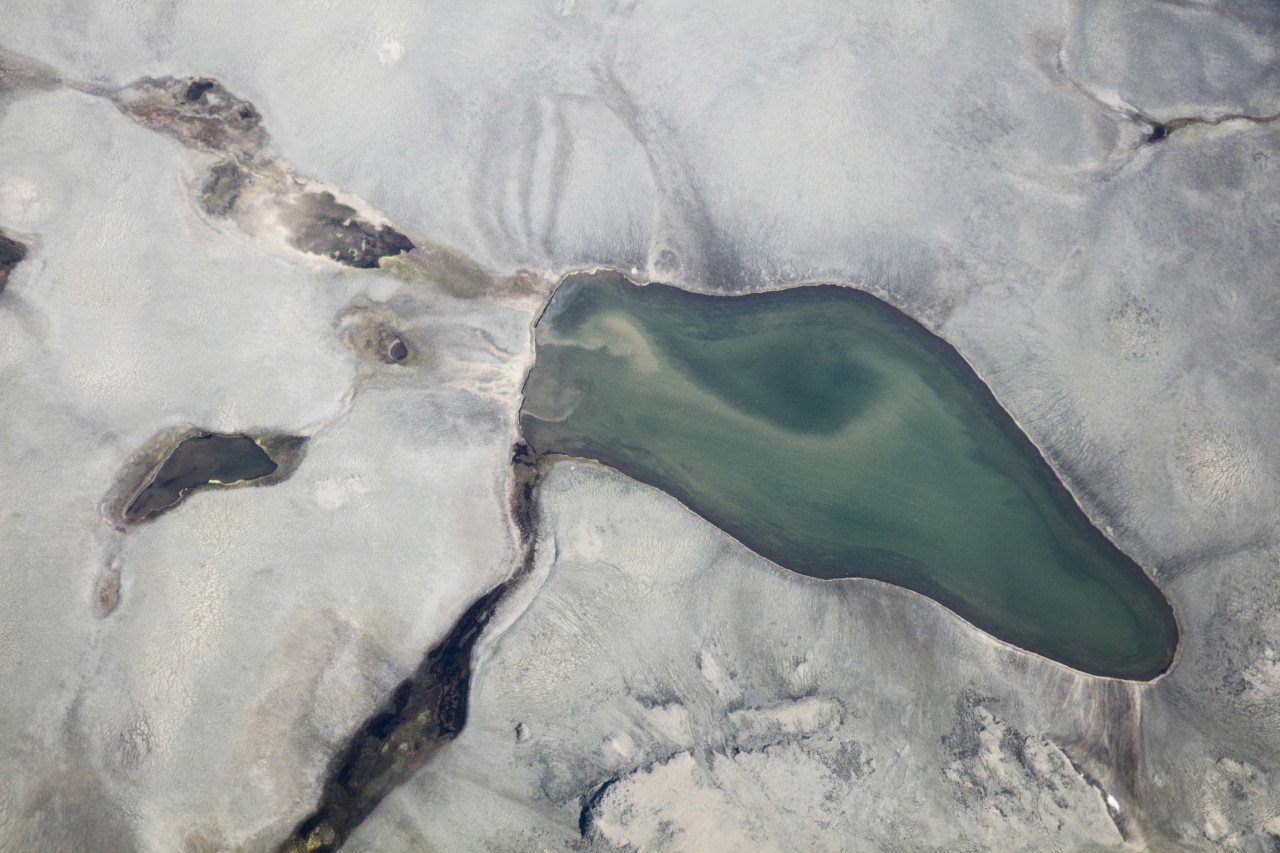 "Documenting this is perhaps even more important than documenting war" 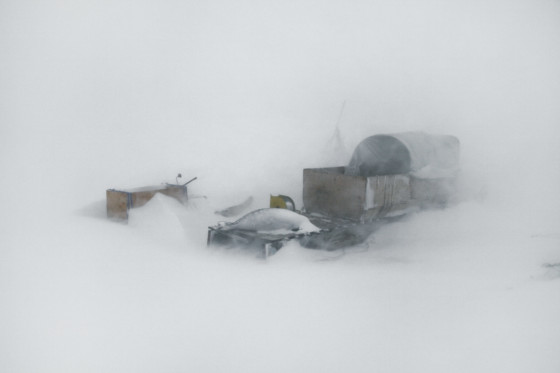 “Documenting this is perhaps even more important than documenting war,” according to Gaumy. “What happens is irreversible on the scale of human time. This insidiously affects, sometimes without any possible return, our matrix, our space of blossoming, the future of human beings existence as a species on Earth,” says the photographer, who was inspired by Frank Stuart’s book Tierpa la vagabonde (1955), the story of a seal through scientific observations in the 1950, and Robert Flaherty’s film Nanook l’esquimeau as a child. Later on, Gaumy was inspired by reading about the discoveries of the poles as well as the documentary work and humanist approach of filmmakers such as Frenchman Jean Rouch and Canadian Pierre Perrault. Gaumy has accompanied scientists studying climate change and global warming in the Arctic on various research missions since 2008, including with the Bebest project. Embedded on the scientific sailing ship Le Vagabond, as well as in several BB Polar international expeditions, the photographer was granted exceptional access to remote parts of the Arctic. Parallel to this documentary work, Jean Gaumy also pursued his long-term personal work on landscapes and territories. The resulting work-in-progress is an intimate and contemplative vision of the Arctic, depicting desolate white snow, desert-like landscapes and powerful sweeping ocean waves petrified as grand ice sculptures by the sub-zero temperatures. 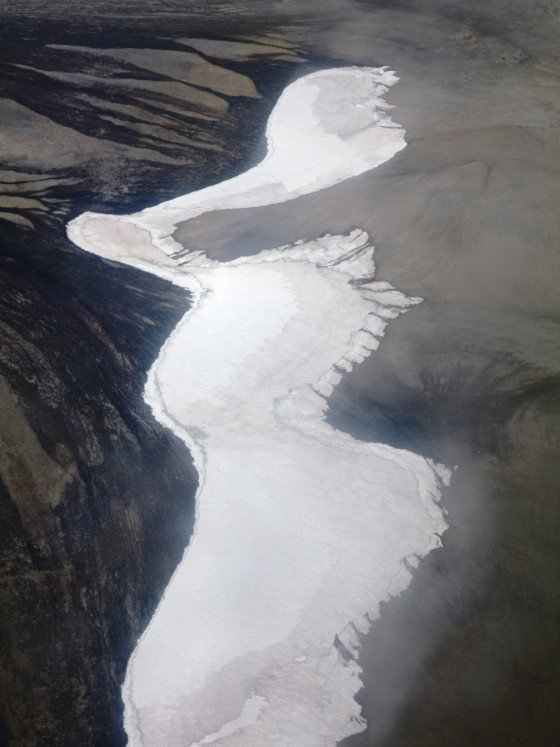 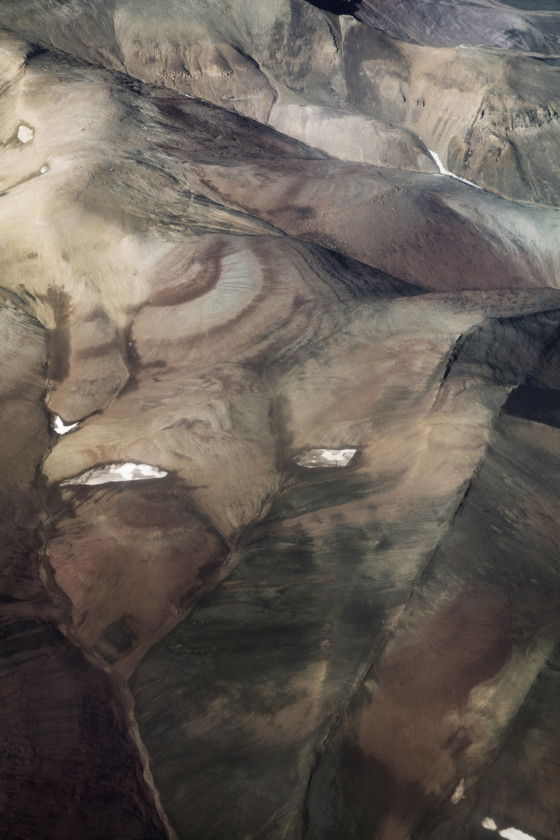 As a photographer, Gaumy is highly aware of the subjectivity of photography but also about its revelatory power – what it can show not only of the world captured in the image, but of the photographer and the point in time in which they took it. For him, photographing the Arctic is as much an exercise in exploring his own perception as it is studying the landscape itself.

“As the professional ‘tourist’ that I am”, he says with irony, “there are two things I do when I go to the Arctic: one is to photograph landscapes, and the other is to be with people, observing their signature, their mark, on the place. One is very contemplative, and I play with representation of form and my view of the landscape as perceived through my culture, my past and my roots, as I did for my last book D’après Nature; the other is to observe how other people scientifically analyze the elements of these parts of the planet.” 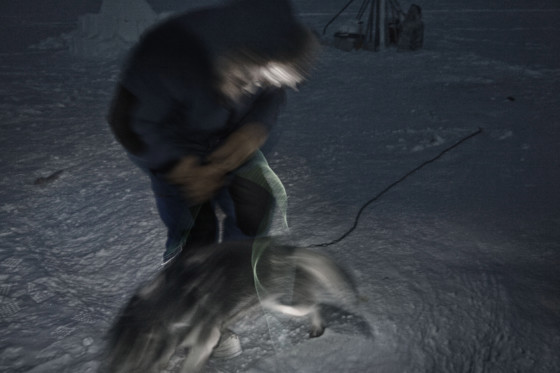 Jean Gaumy Preparation for a short journey to remote zones. Eric is going to analyze several parameters there. The young female dog Ounouak will accompany him. She is capable of spotting at a distance the pre (...)
sence of a possible polar bear in search of prey. Arctic. 2012. © Jean Gaumy | Magnum Photos
License | "there are two things I do when I go to the Arctic: one is to photograph landscapes, and the other is to be with people, observing their signature, their mark, on the place" 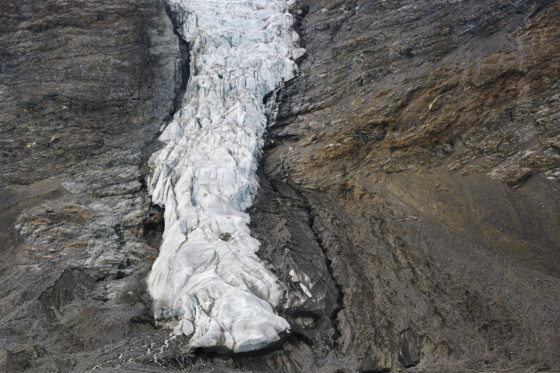 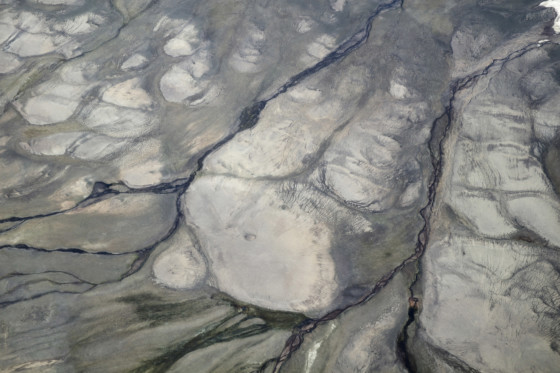 Despite documenting an area at the centre of the climate change debate, Gaumy emphasizes photography’s shortcomings in its ability to capture evidence. “The photographs themselves aren’t evidence for climate change. It is often invisible, impalpable and yet, over time, obvious. A scientist can tell you objectively that something was there 20 years ago and now it is not. I cannot. When the scientists use their experiments and data to analyze changes to the climate and the reason for these changes, I contemplate – modestly. My pictures could be seen as a sort-of enzyme to aggregate, to attract the attention of the people. This is my contribution.”

Research Director Laurent Chauvaud (CNRS), who led the scientific BBPolar et BeBEST teams, Frédéric Olivier, Professor of the National Museum of Natural History (Paris, France) who led the Greenland expedition, and Jean Gaumy spent time together in the Arctic, aspiring to bring together the two seemingly different fields of Science and Art. “These two approaches to the world have long had much in common,” says Gaumy, adding, “With sole scientific objectivity, we are limited, but with only our senses’ representation of the world and our intuitions, we artists are limited too, so, we need both.” But, according to Gaumy, even combined, the scientific and the artistic study of the Arctic does not do enough to convey the creeping damage of climate change to a great enough extent to convince the public and the politicians to accept it and take appropriate measures. “We risk being like frogs in water, slowly being brought to the boil. They don’t notice it is getting hotter so they stay and are slowly cooked,” he says.

Through studying the Arctic terrain artistically, and spending time with researchers appreciating it from a scientific perspective, Jean Gaumy has cultivated a reverence for nature and man’s place within it. “In such places, you realize fairly quickly that you are only part of what we imperially call ‘environment’ – this word implying tacitly that we imagine ourselves to be the natural center of the planet. What arrogance ! ” he says.

“We were so fragile at the very beginning of humanity. We were so destitute among the other much better equipped creatures that there was and there is still some sort of pride wound. There is a part of humanity that dreams more or less consciously to cut itself irreversibly from its roots.” Below, you can see a short film on the making of Gaumy’s exhibition ‘Les Formes Du Chaos’, shot between the Arctic and the cliffs of Normandy, Northern France. The photographer dwells upon the ‘sublime chaos’ of places devoid of man’s presence, the punishing realities of working in locations most people only ever fantasise about visiting, and he reveals the inner workings of his curation process.