As winter solstice nears, marking the year’s shortest day in the Northern Hemisphere – and thus the longest night – we present a gallery of photographs illuminated by the moon 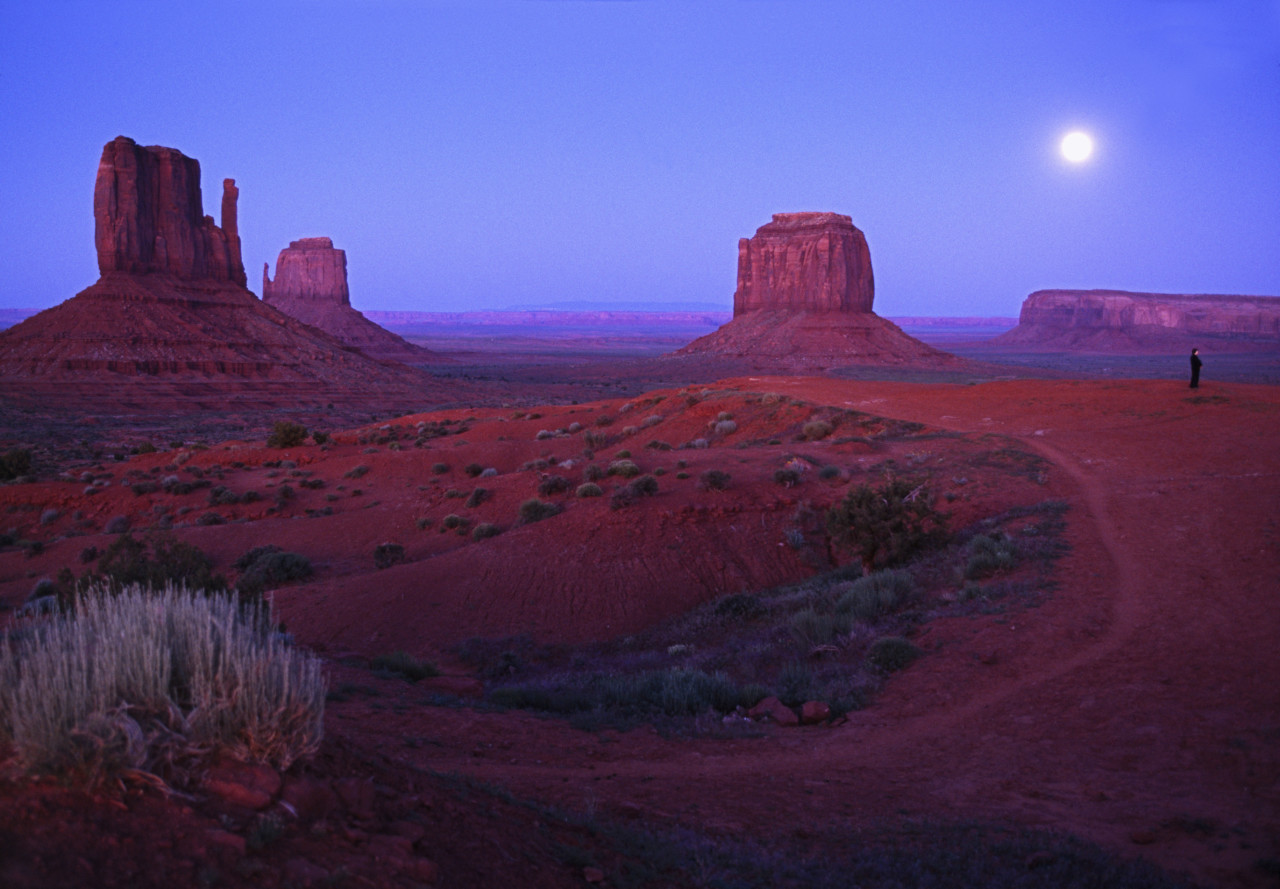 18
Thomas Hoepker | Magnum Photos New Mexico, USA. 1990. “In 1990, I was traveling to New Mexico for Stern magazine in Germany. The magazine wanted me to do a photo essay for their travel issue. The briefing was short: “Fly to Al (...)
buquerque airport, rent a car and crisscross through countryside. Come back in about four weeks.” I slowly drove south through the fascinating, hot and colorful landscape. On the third evening, I was driving at sunset along the highway toward Santa Fe. I stopped the car, opened the window and took some pictures. The mountains reflected the last red color of the sinking sun and I saw that the moon was coming up on the horizon. I shot four images on my Leica and drove on toward Santa Fe. Many years later I saw a stunning black-and-white photograph in the Museum of Modern Art in New York; it was by the famous Ansel Adams and was titled, “Moonrise, Hernandez, New Mexico, 1941.” I had not seen it before, and only years later it occurred to me that Adams must have taken this very famous picture from almost the same location where I had shot this color picture in 1990.” - Thomas Hoepker © Thomas Hoepker | Magnum Photos 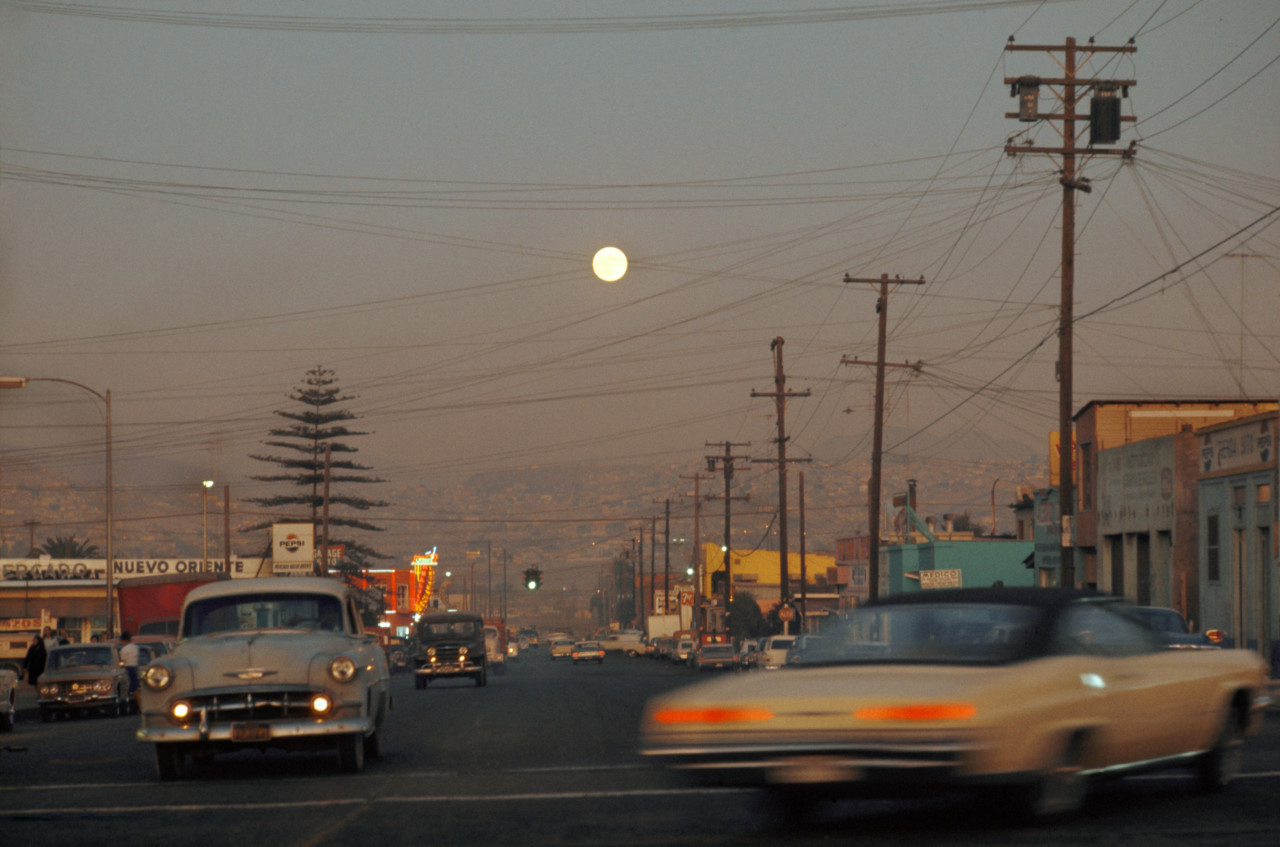 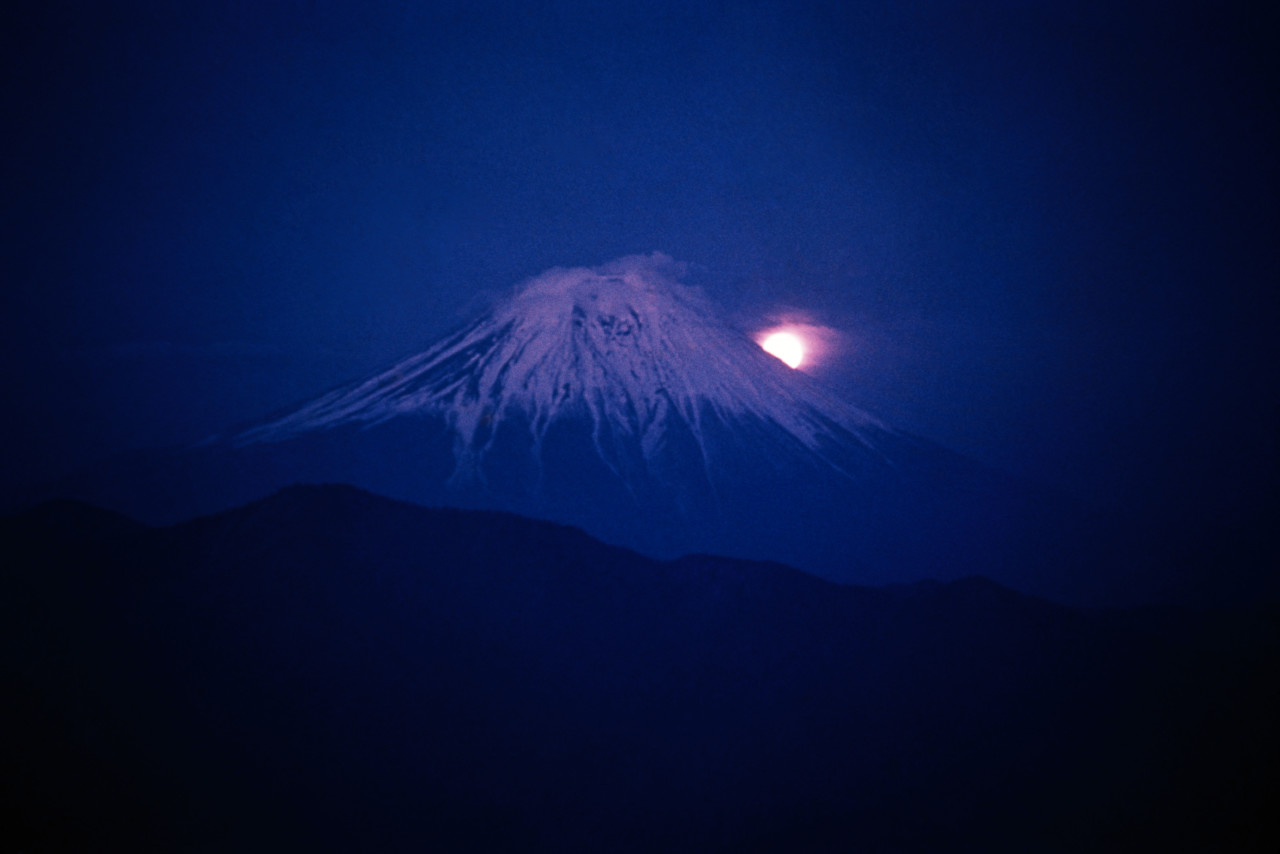 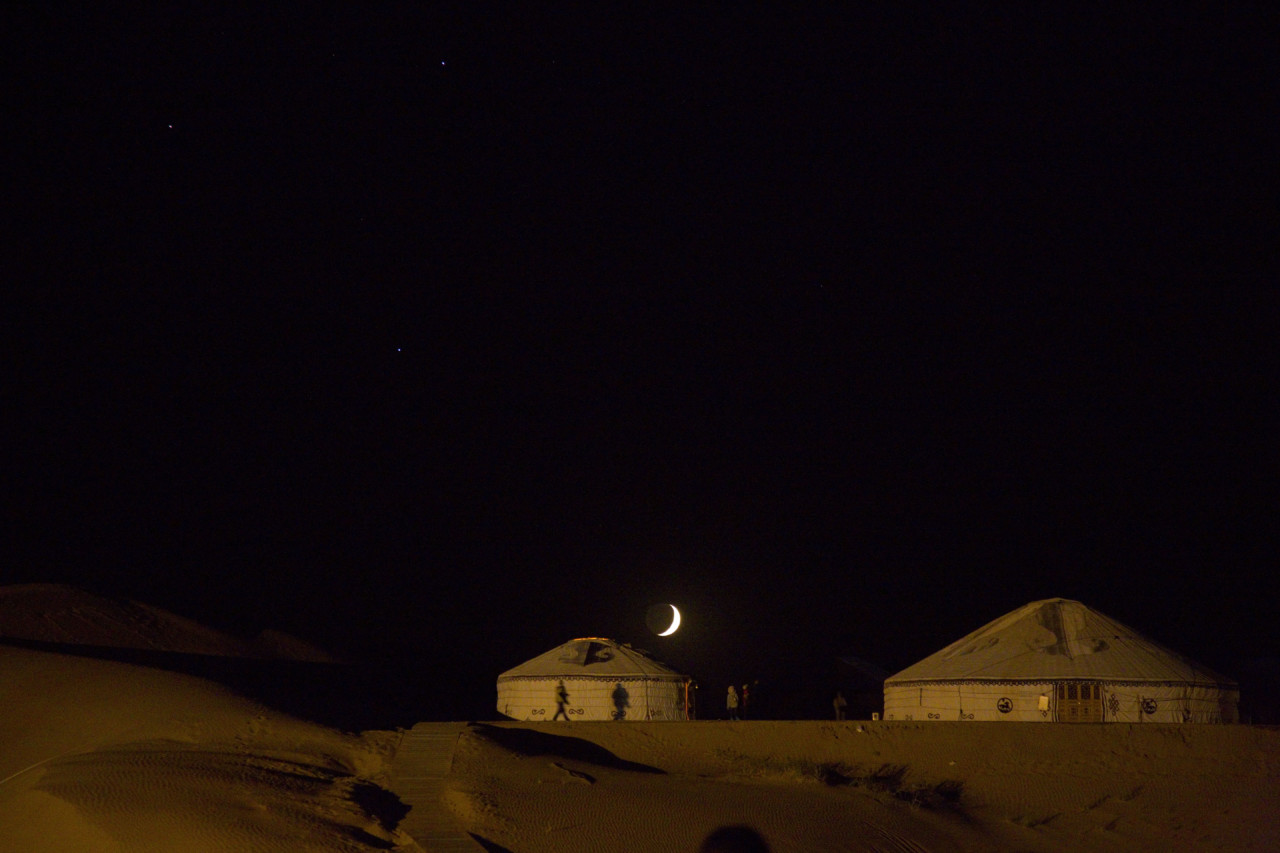 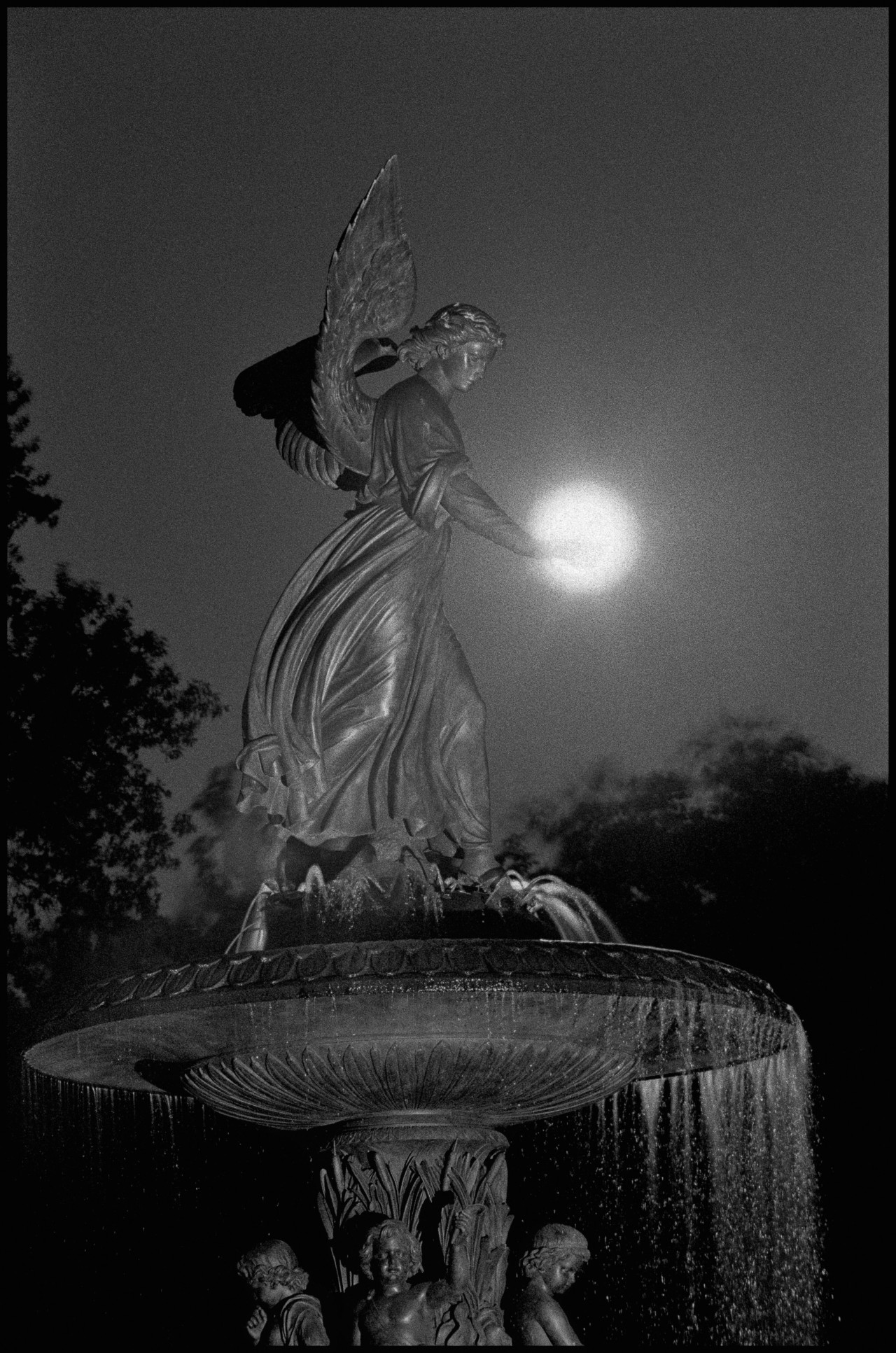 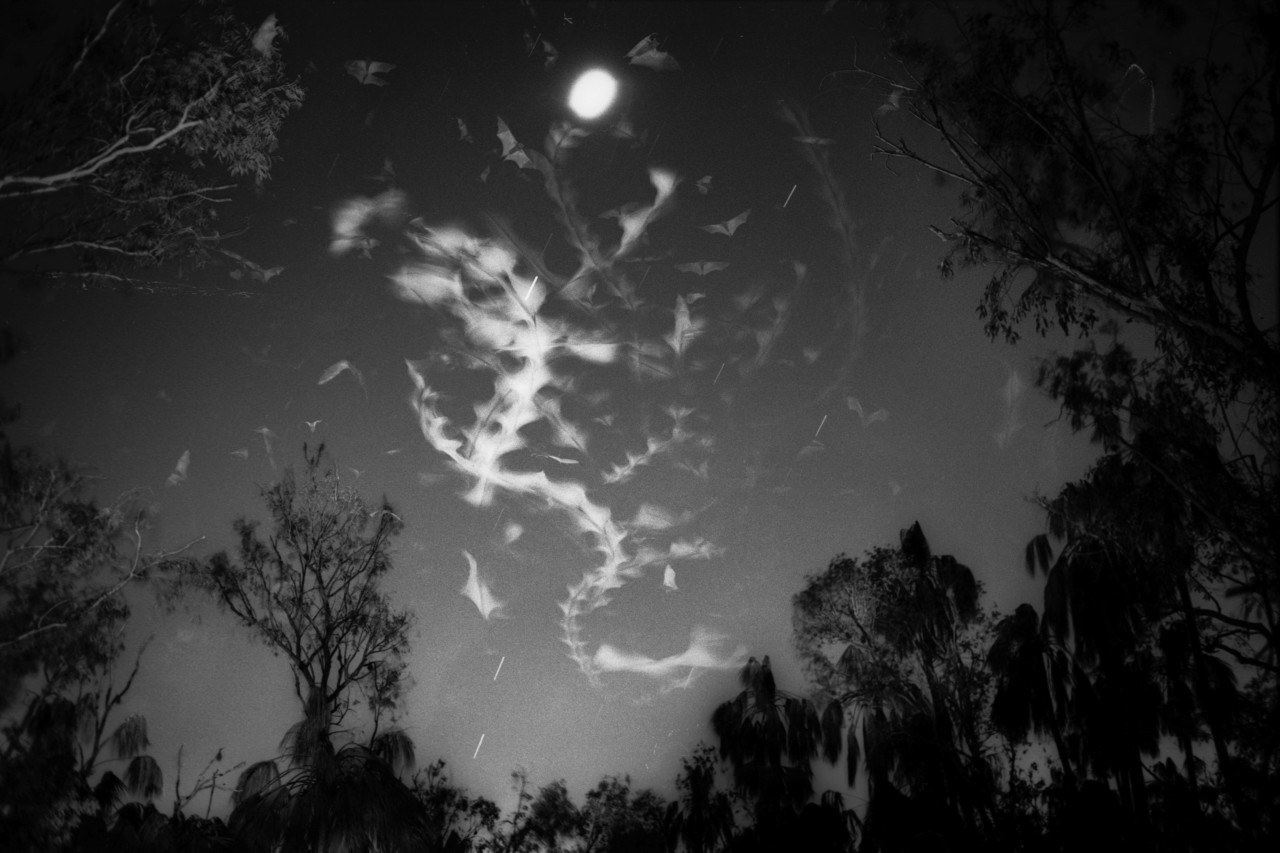 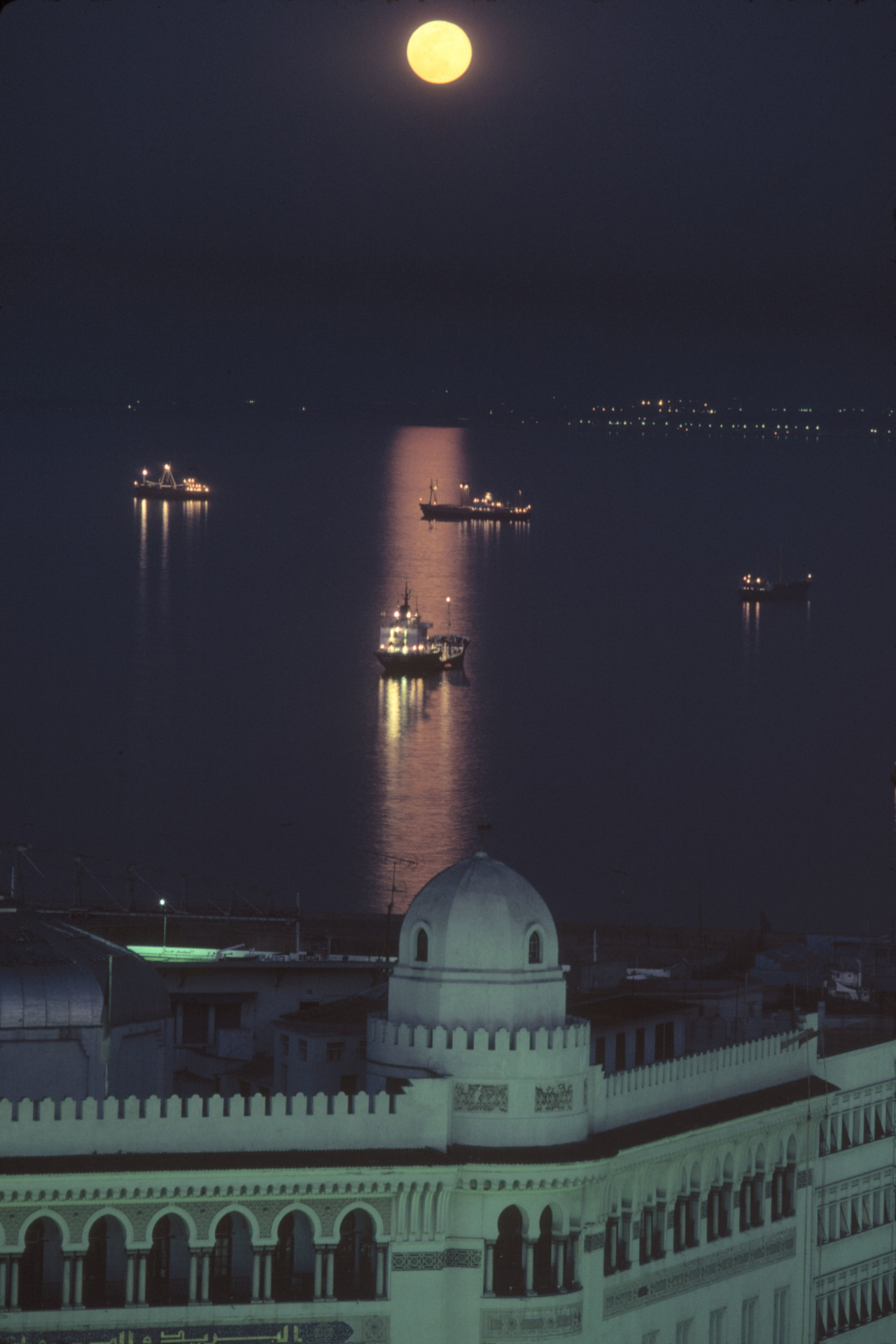 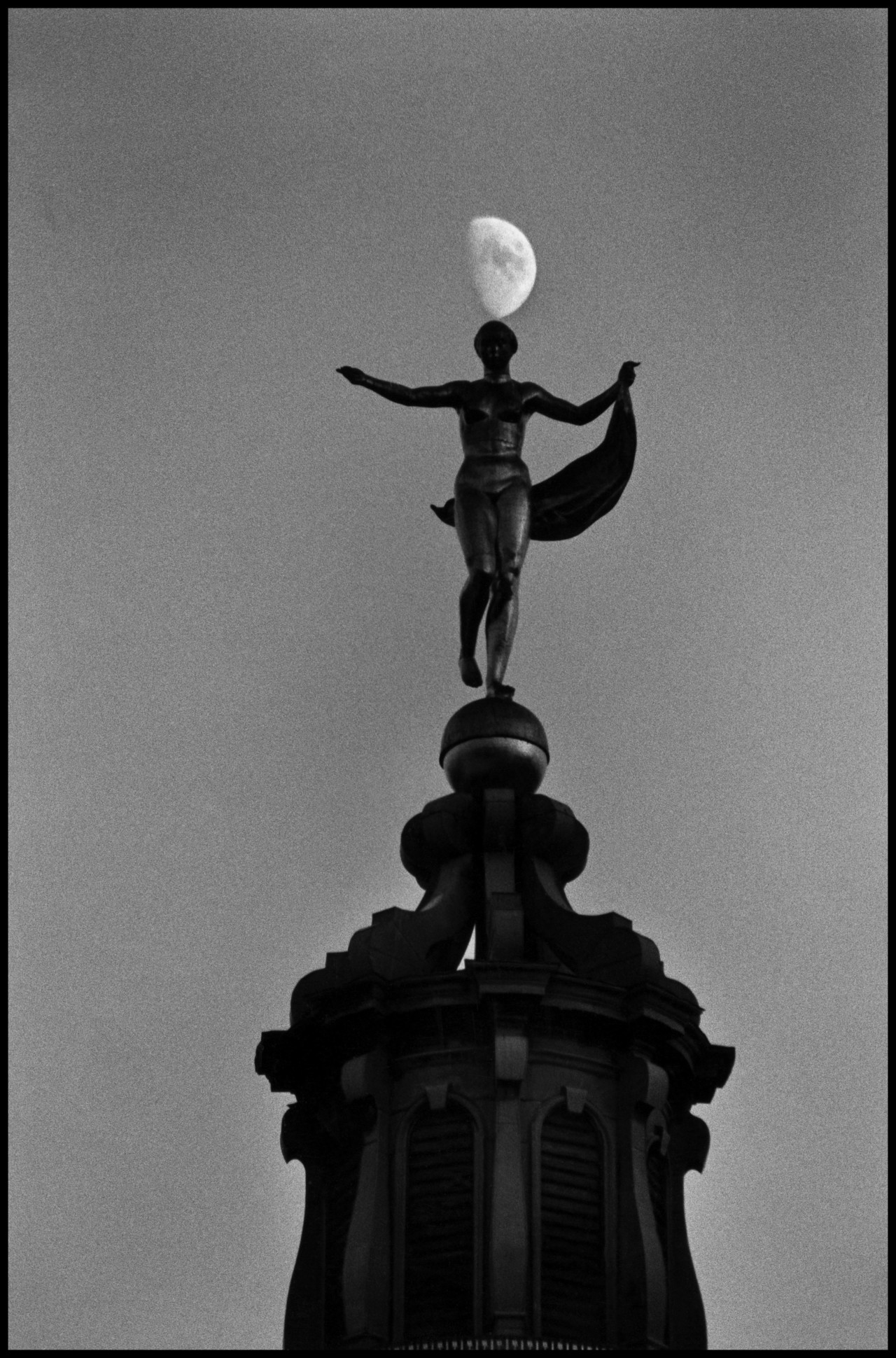 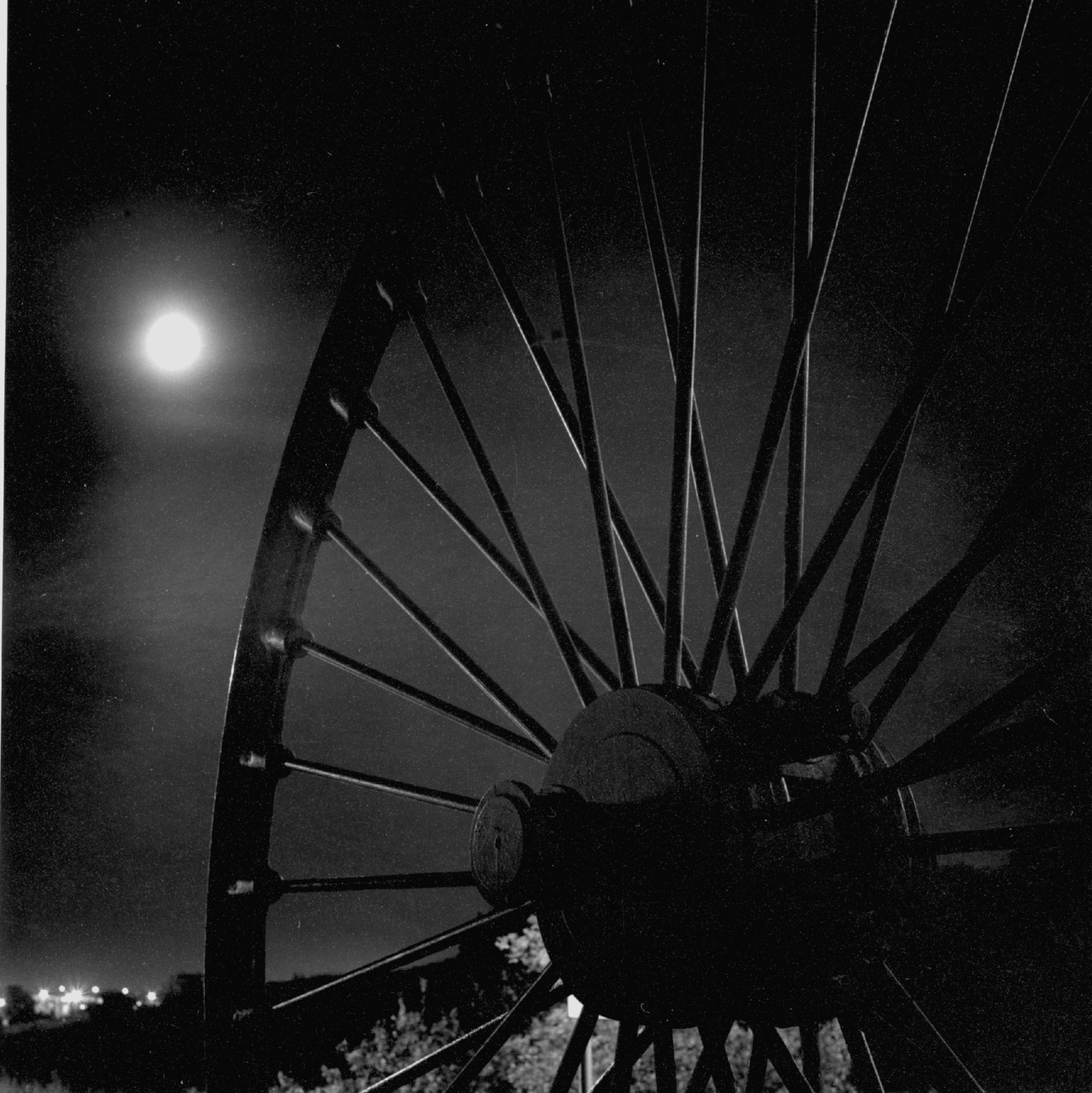 18
Peter Marlow The winding gear of the now closed Denaby Main Pit is now a monument to the coal mining history of the village. The Earth Centre. A project that has received a Lottery grant of 75 million pounds to (...)
create on the site of a disused coal mine at Denaby Main, a centre of sustainable development, and environmental education. The photographs show work on the site prior to it's opening in 1999. Doncaster, GB. 1996. © Peter Marlow | Magnum Photos 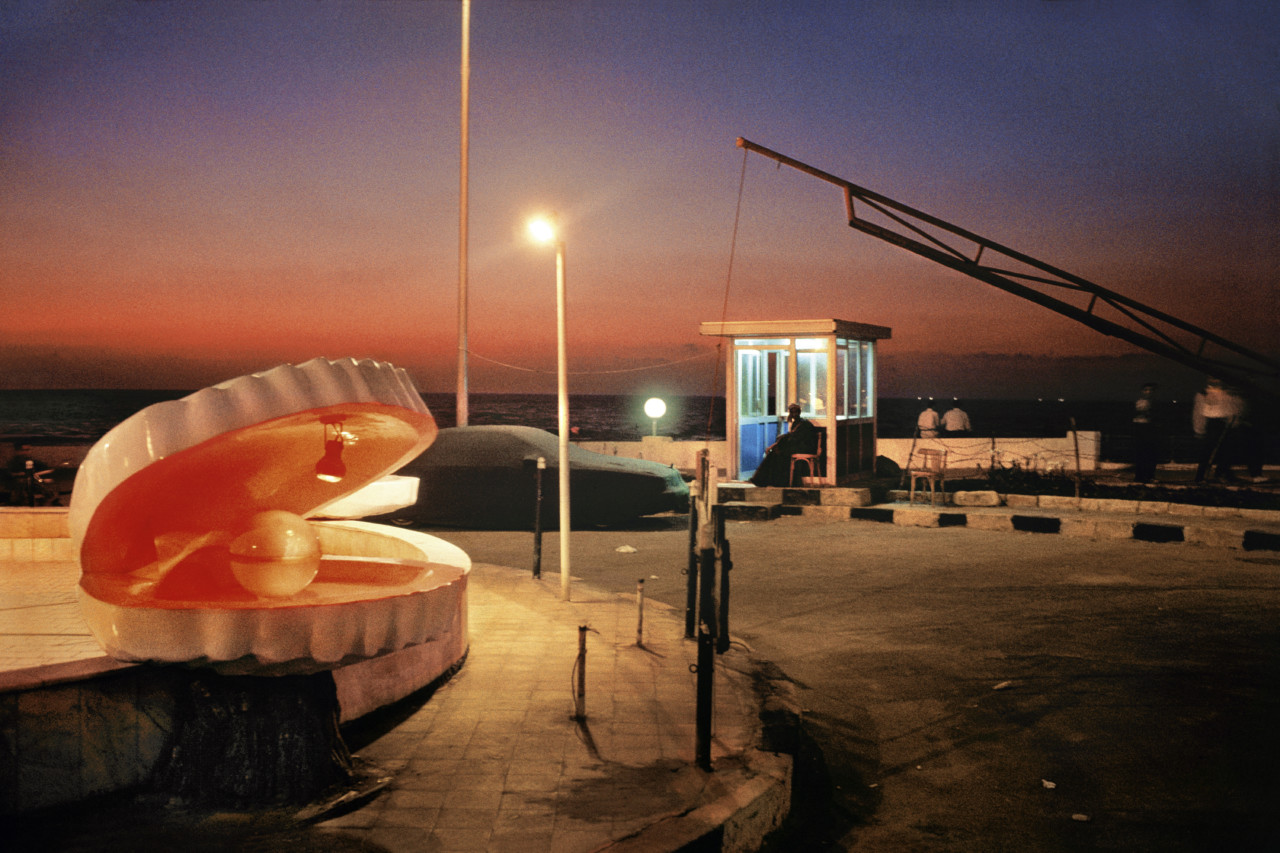 Deriving its name from two Latin words “sol’, meaning sun, and “sistere”, meaning to stand still, the winter solstice happens when the sun appears at its most southerly position, making the day on which it occurs the shortest day of the year, and in turn creating the longest night for the Northern Hemisphere. The winter solstice falls annually on a day between December 20 and December 23 and is known by a number of names, including Yule, Midwinter, The Longest Night and Solstice Night.

It is an event that is observed by people all over the world through various practices unique to specific countries and religions. In England, thousands of people congregate at the ancient landmark of Stonehenge. The Neolithic monument in Wiltshire appears to have been designed in acute alignment with the movements of the sun, and it is a focal point through which the Winter Solstice is viewed and celebrated by attendees marking the date, which has long-been significant in the pagan calendar. In Japan, the holiday is known as Touji. In Japanese tradition, taking a hot bath with the citrus fruit yuzu on the winter solstice is believed to help ward off colds.

The darker hours, illuminated by the glow of moonlight or artificial bulbs, bring a new perspective to landscapes. “Just about anyone who ever picks up a camera quickly points it at the moon,” says Alec Soth. “And more often than not he or she is disappointed. We bring so much cultural baggage to the moon that it usually looks different on our cameras than it does in real life. So when I photograph the moon, I try to balance it visually with other elements. This can be tricky in total darkness. So I like to work at dusk. I like mixing the blue-hour with incandescent light and the small white light of the moon.”

Photographing in this unique and low light also requires a finely tuned skills. When he captured a Soyuz rocket fuel tank in Kazakhstan, Jonas Bendiksen had to take an usual approach. “This image was actually made as I was hiding inside a truck,” he explains. I was with this gang of scrap metal dealers who were spending several days out on the steppe collecting rocket debris. Then one evening someone from the authorities showed up, and since I didn’t have any specific permission to be there we thought it was best if I keep a low profile inside the truck for the hours they were around. But the moon got up and lit the whole scene – and I couldn’t help myself. So I sat my camera up on some improvised stand and shot the rocket piece with a slow shutter.”

“This was back in the film days, so you really had no idea if the exposures were right – not like today when you can quickly check. So I got sort of lucky on this one.”

The above slideshow is a pit-stop journey though vistas made magical by the light of the moon.