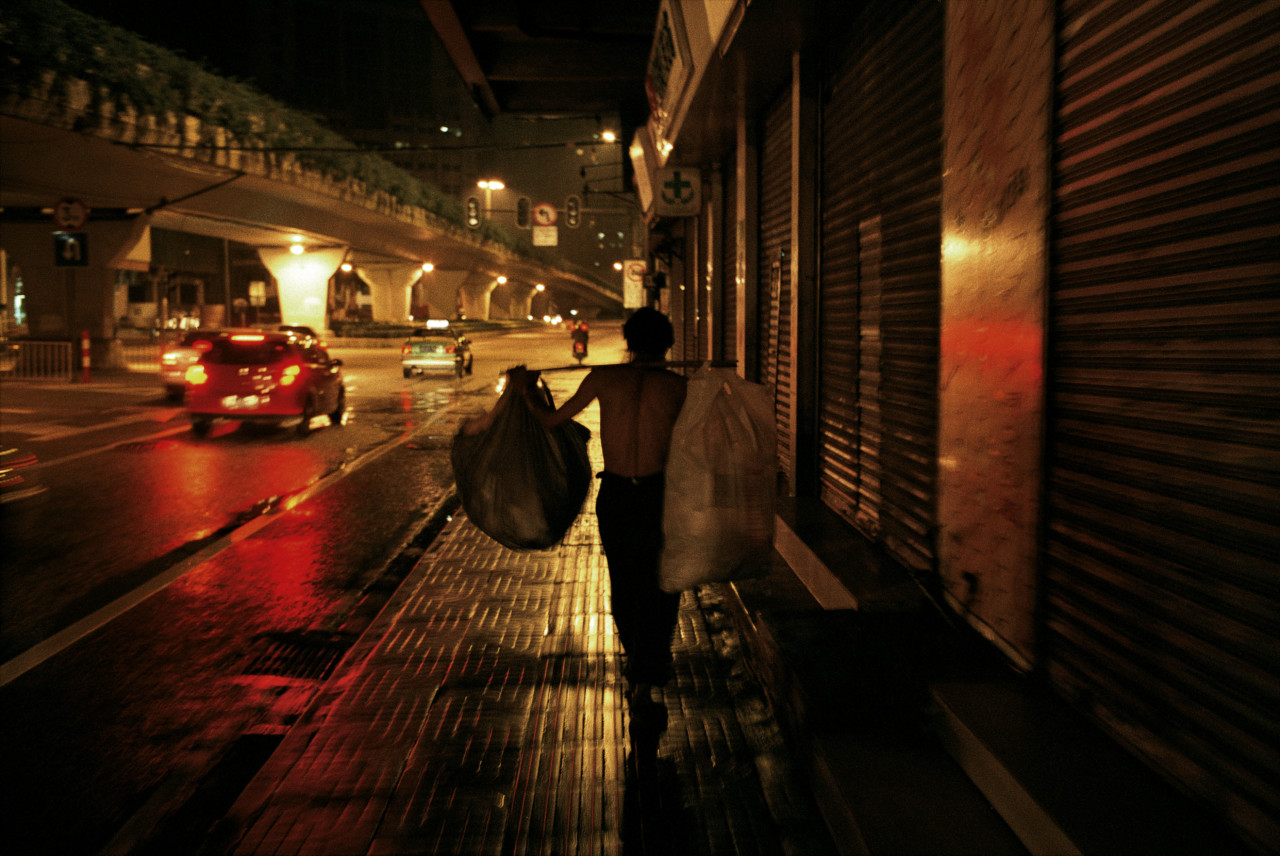 Patrick Zachmann Former mingong worker who became homeless after he had worked on a construction site for one year without being paid. Canton, China. 2005. © Patrick Zachmann | Magnum Photos

Whilst daylight gives birth to the rainbow of colors under the sun, when night falls, the black backdrop conjures up new contrasts of color. The orange glow emanating from an open doorway on a dark street, suggesting late-night life inside, the flickering of an insomniac’s television observed through a window in the small hours, the buzzing neon signs of the nocturnal economy, all conspired to ignite the imagination of Magnum photographer Patrick Zachmann. Here, Zachmann writes about why he is drawn to photographing the night, and how China’s nocturnal underbelly inspired him to begin working in color. 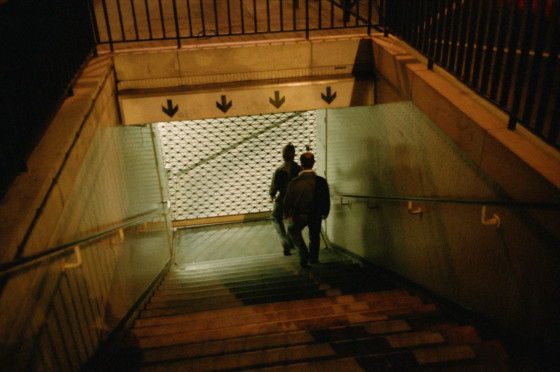 “I’ve always been drawn to night-time atmospheres. Like many other photographers I guess, I like the world of Brassai and Weegee. In the past I’ve photographed, in black and white, many parts of the underworld at night. Today, it is with color that I explore it, staying awake throughout the night in metropolises, even though I am not a sleepwalker, insomniac or even really a nocturnal person. Simply put, I like photographing nocturnal atmospheres and lighting. I just love the artificial colors, a light upon a face, or even a shadow projected upon a wall that then becomes a screen. "The lights change, hot or cold, colliding prettily into a mix of color temperatures" 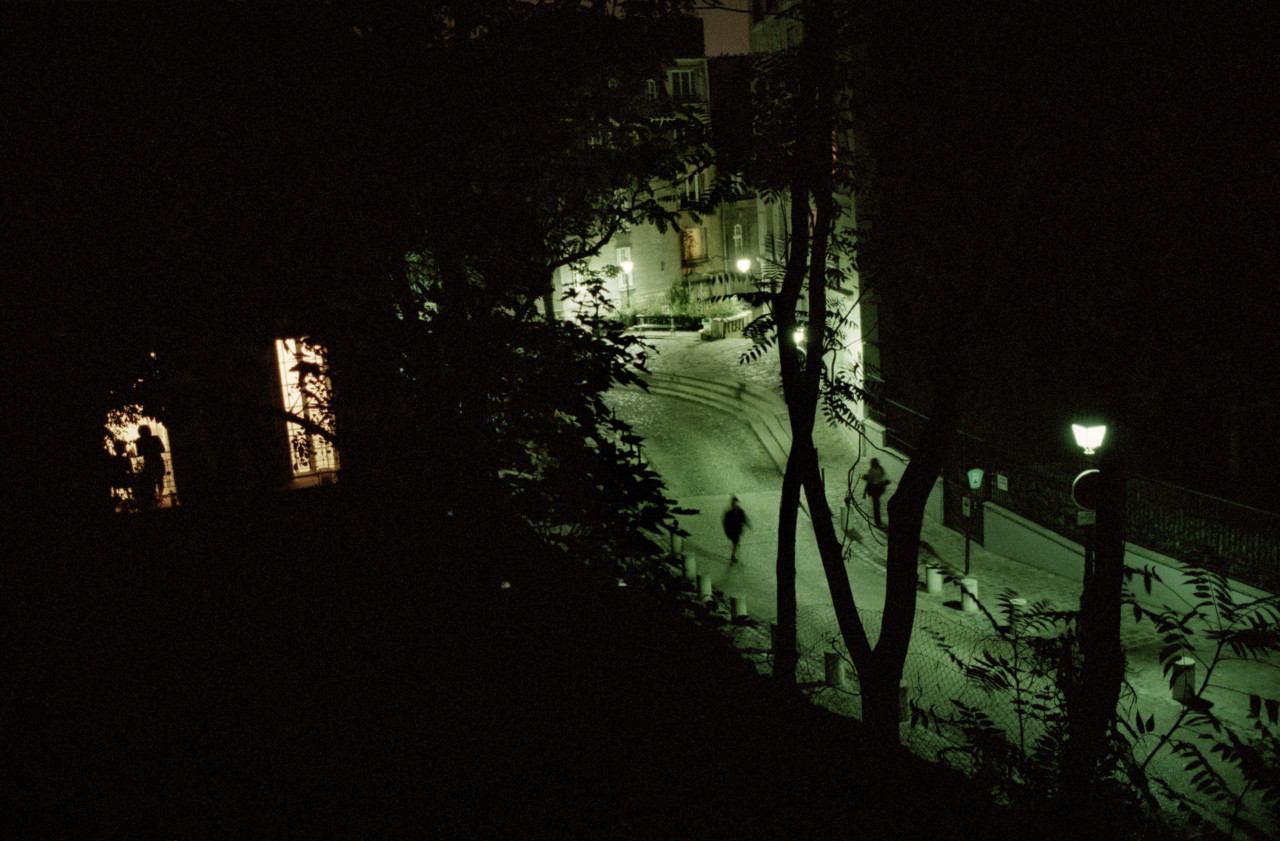 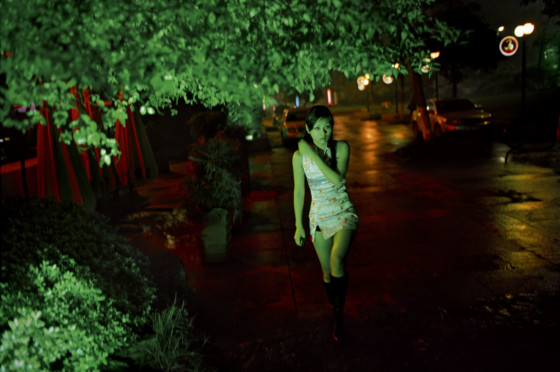 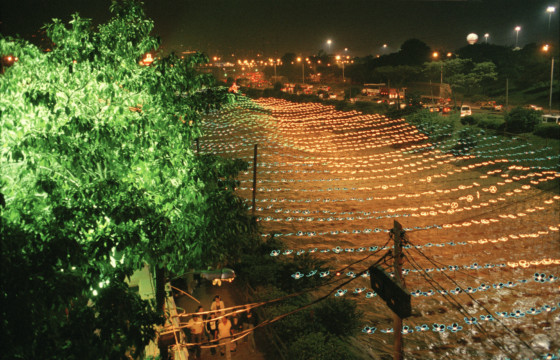 My images move away from reportage and become impressionist. Ugly and grey during the day a city becomes attractive at night, or sometimes frightening. The lights change, hot or cold, colliding prettily into a mix of color temperatures. They make faces smooth, mix up ages, blur signs of belonging and allow silhouettes lit by a streetlamp or a car headlight to be discovered.

These images don’t show a particular night life but rather certain ambiences close to cinema. Walks and night-time wanderings from Paris to Seoul, from London to Rio de Janeiro, without forgetting Amsterdam, Barcelona or even Bamako. The photographer finds himself divided between the desire to enter into the intimacy of others and the necessary distance that photography expects him to keep. 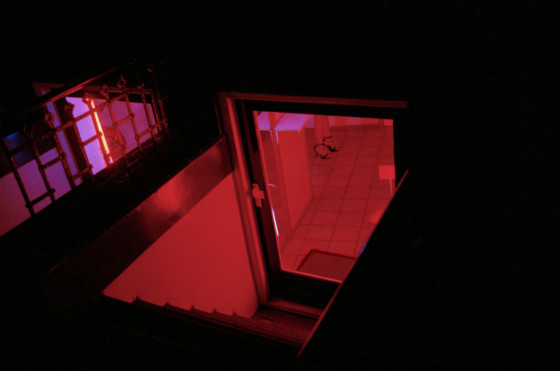 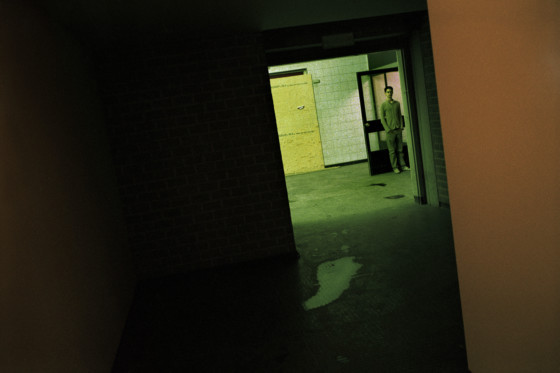 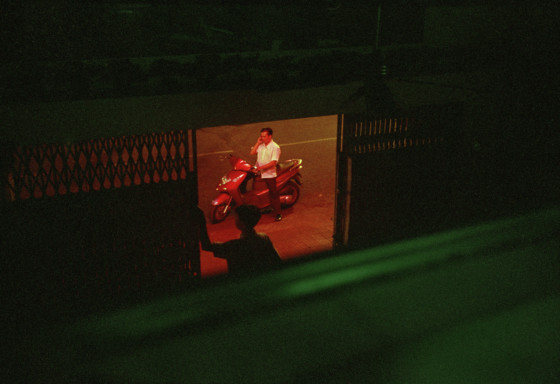 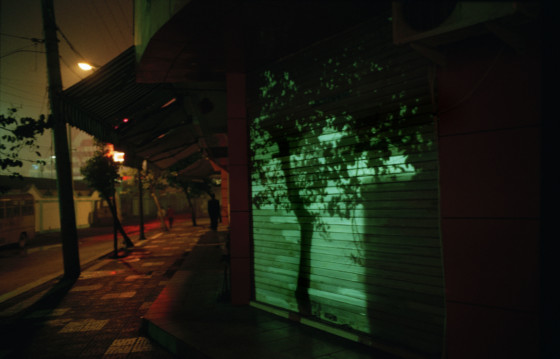 "I just love the artificial colors, a light upon a face, or even a shadow projected upon a wall that then becomes a screen." 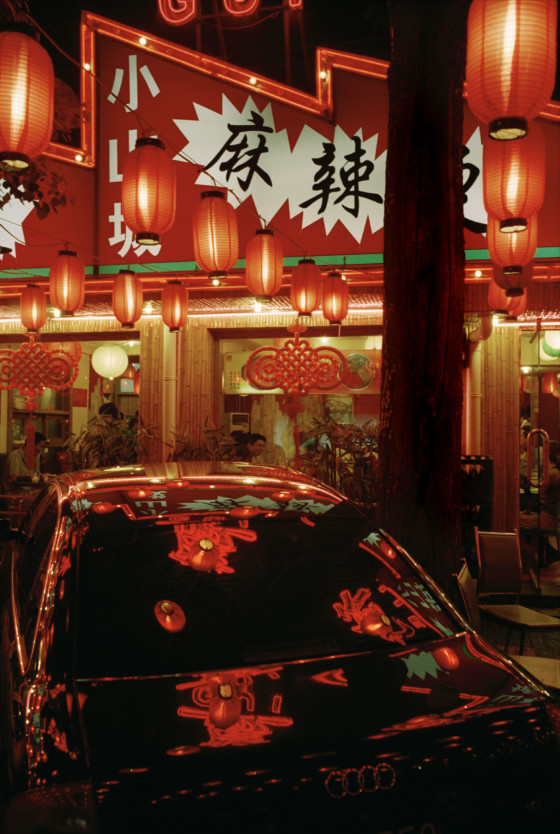 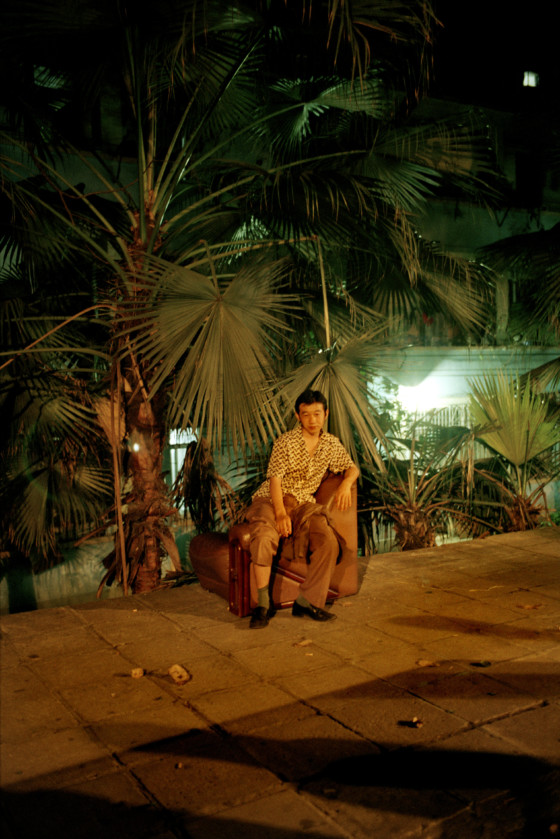 In the role of an observer he positions himself on the edge of the world that he is studying. Solitarily scrutinizing the city in obscurity, he hesitates between entering into this nocturnal universe or staying outside it. My photographs are the story of this double attraction.”

Between 1982 and the 1990s, when I was photographing China, there really wasn’t any nightlife. Or, to be more precise, nightlife did exist, but it was secretive, hidden, underground. Today, everything is out in the open: everywhere, Chinese cities are alive at night. People go to the city to work all day, then distract themselves at night until they are exhausted. 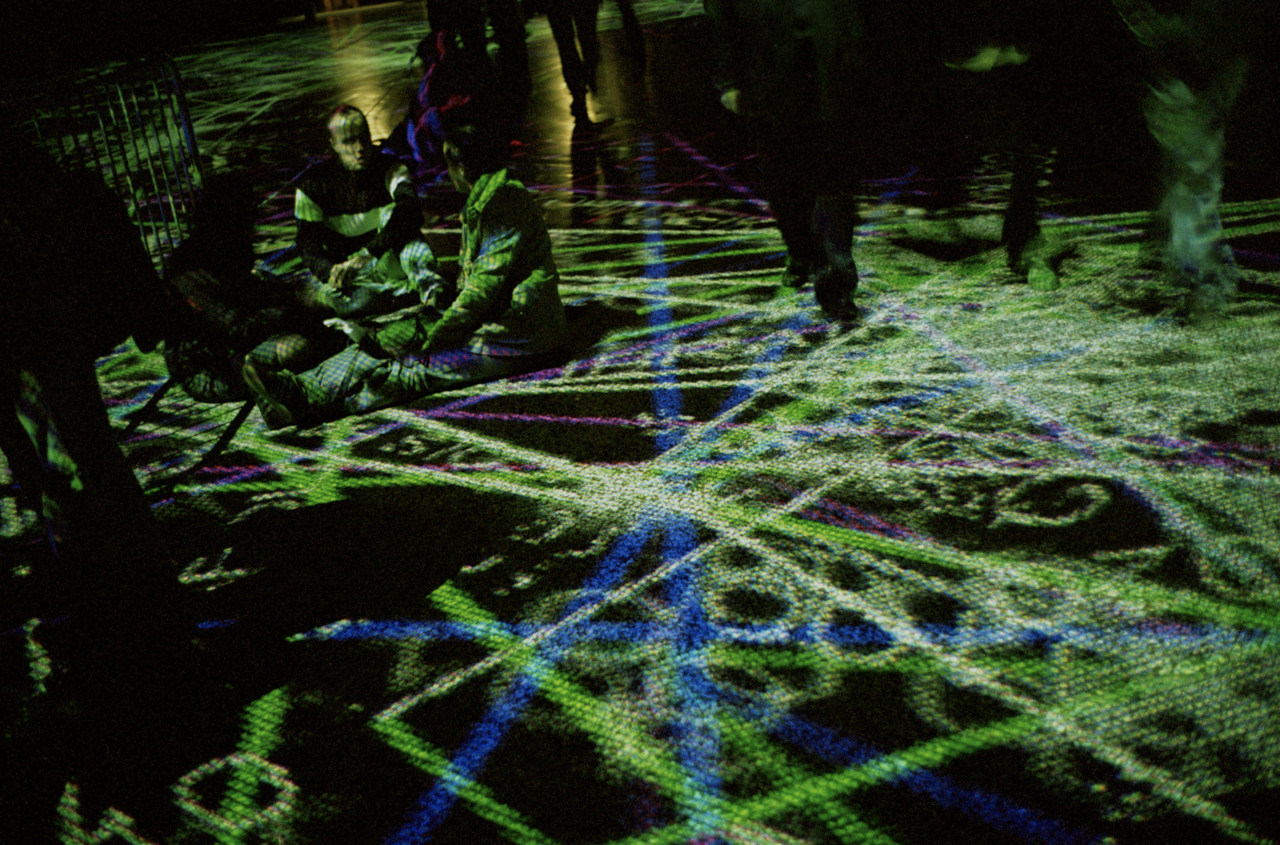 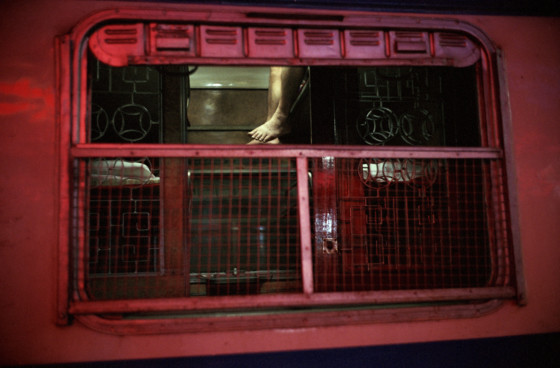 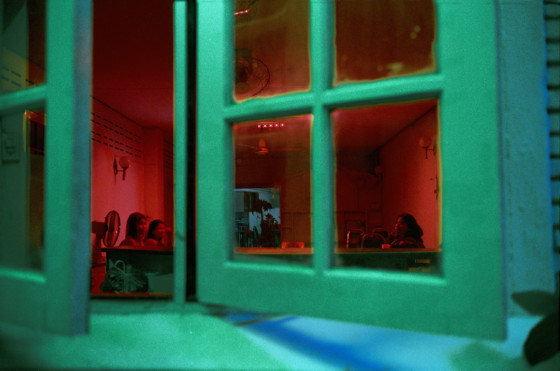 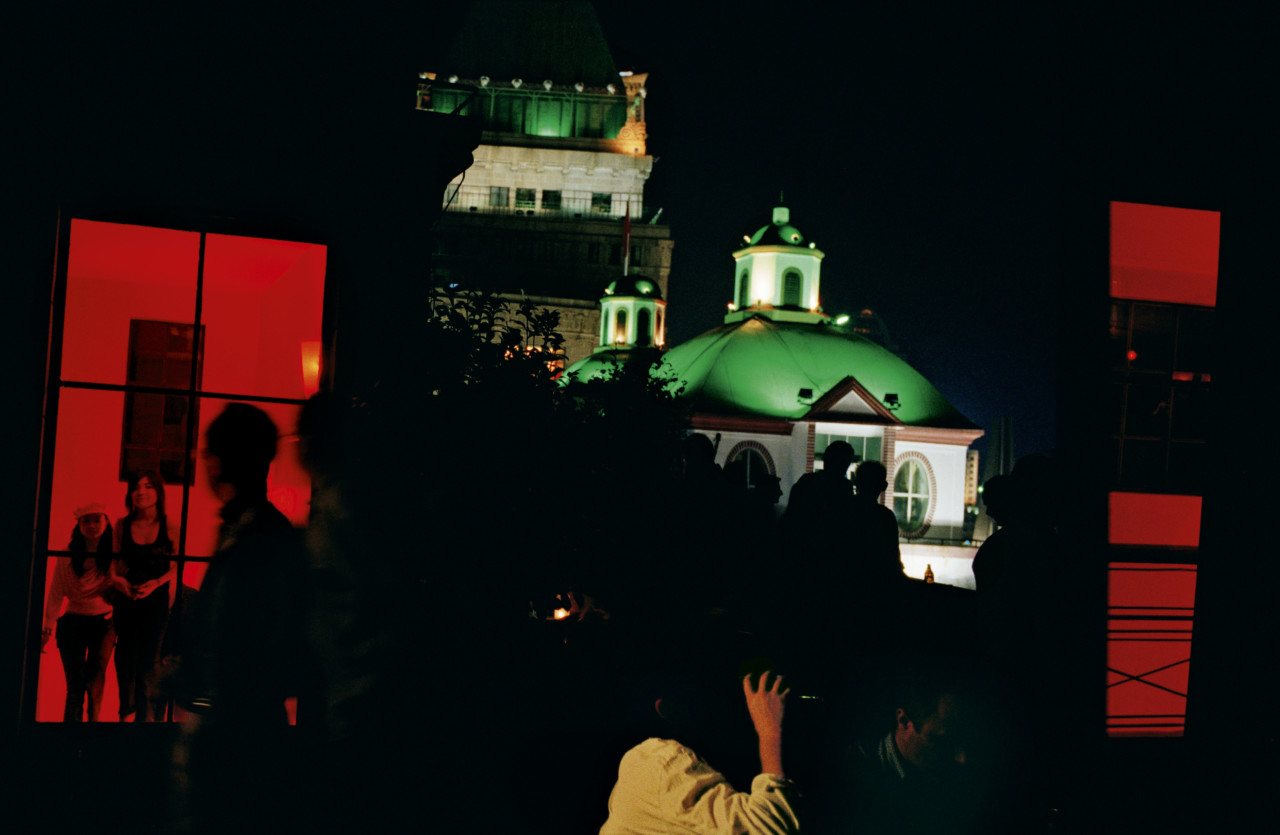 Willingly or not, young women from the poorer provinces frequently become hostesses, masseuses or prostitutes. They inhabit and animate the world of the night, which is perceived as a “vice” of Western society and attracts armies of businessmen, nouveaux riche and young people. Vibrant and glowing, Chinese nightlife inspired me to stay up late, though I am not particularly nocturnal, and to begin working in color. I wanted to capture the play of light on people and the city impressionistically—a vision of China that shifted from the “Mao suit,” a sad blue-gray uniform, to a world of bold, extravagant color.

Far from reportage, this series is also influenced by ideas of territory and identity: a nocturnal identity that situates itself in transience, in the fleeting quality of the moment.” 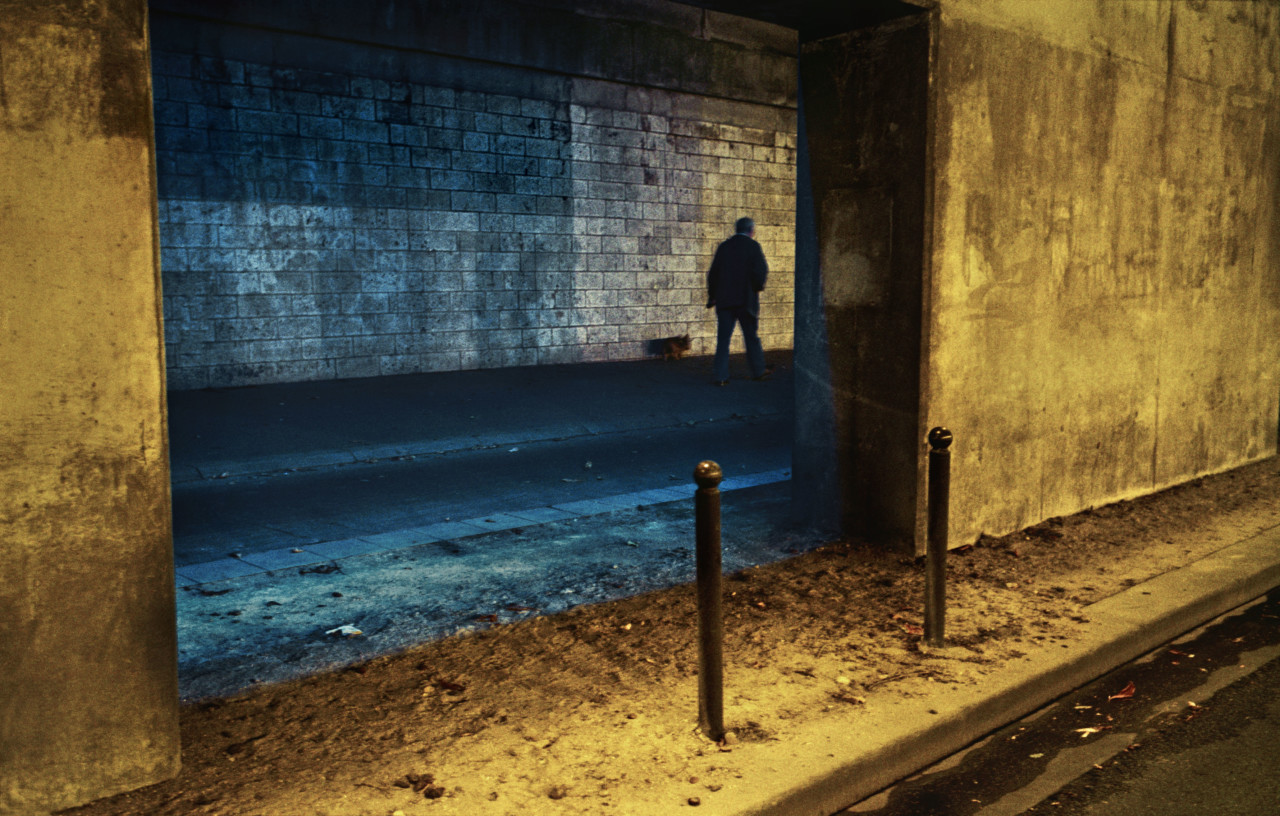