As the 2018 season draws to a close, the Magnum photographer deftly captures the glow and glimmer that the traditional light display casts over the English seaside town 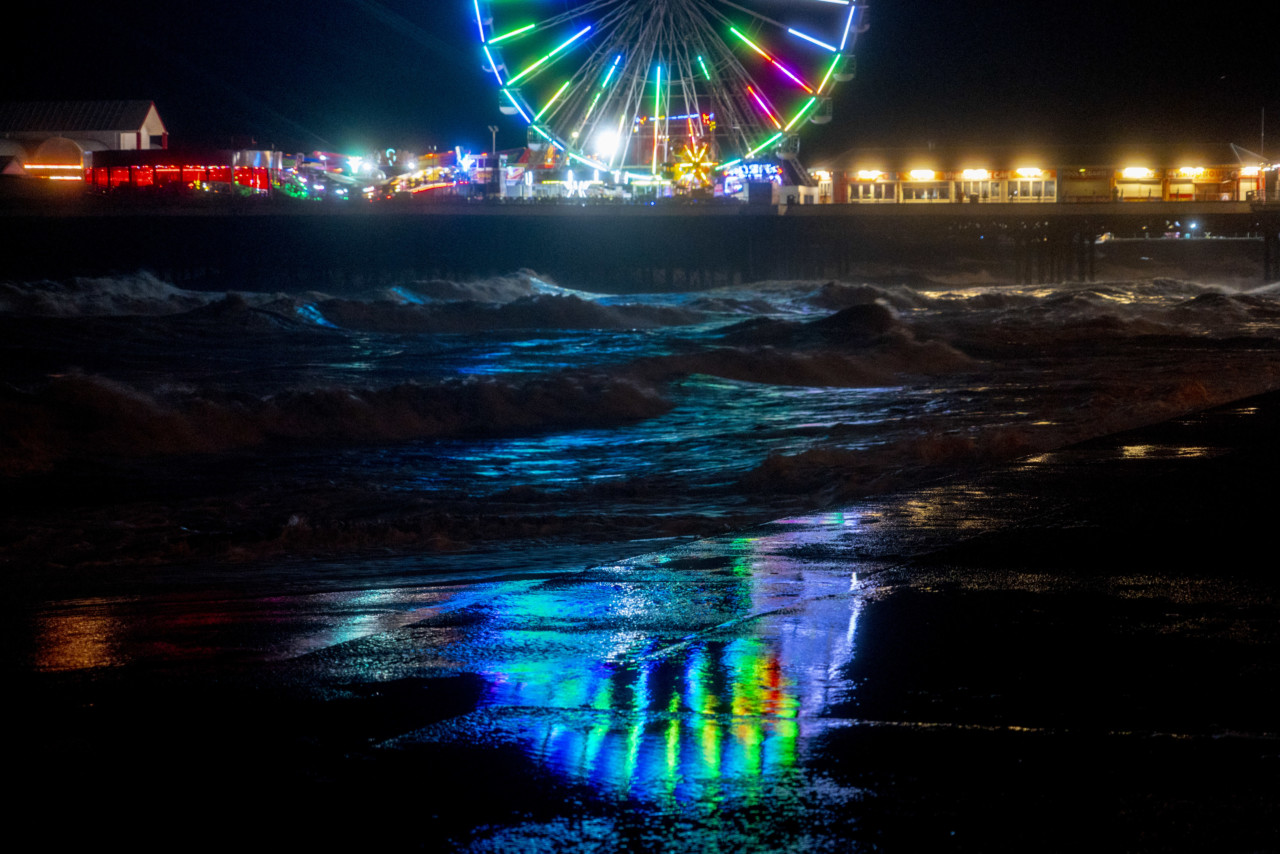 In the late 19th century to the mid 20th century, the coastal town of Blackpool in the North West of England was one of the premier holiday destinations in the world. Workers from mining and cotton mill towns across the region flocked to Blackpool in the spirit of collective experience to stroll along the promenade, take donkey rides on the beach, enjoy shows and attractions at the “Pleasure Beach” amusement park, go dancing at the Winter Garden and Tower ballrooms, and otherwise enjoy their freedom with frivolity along the “Golden Mile”. 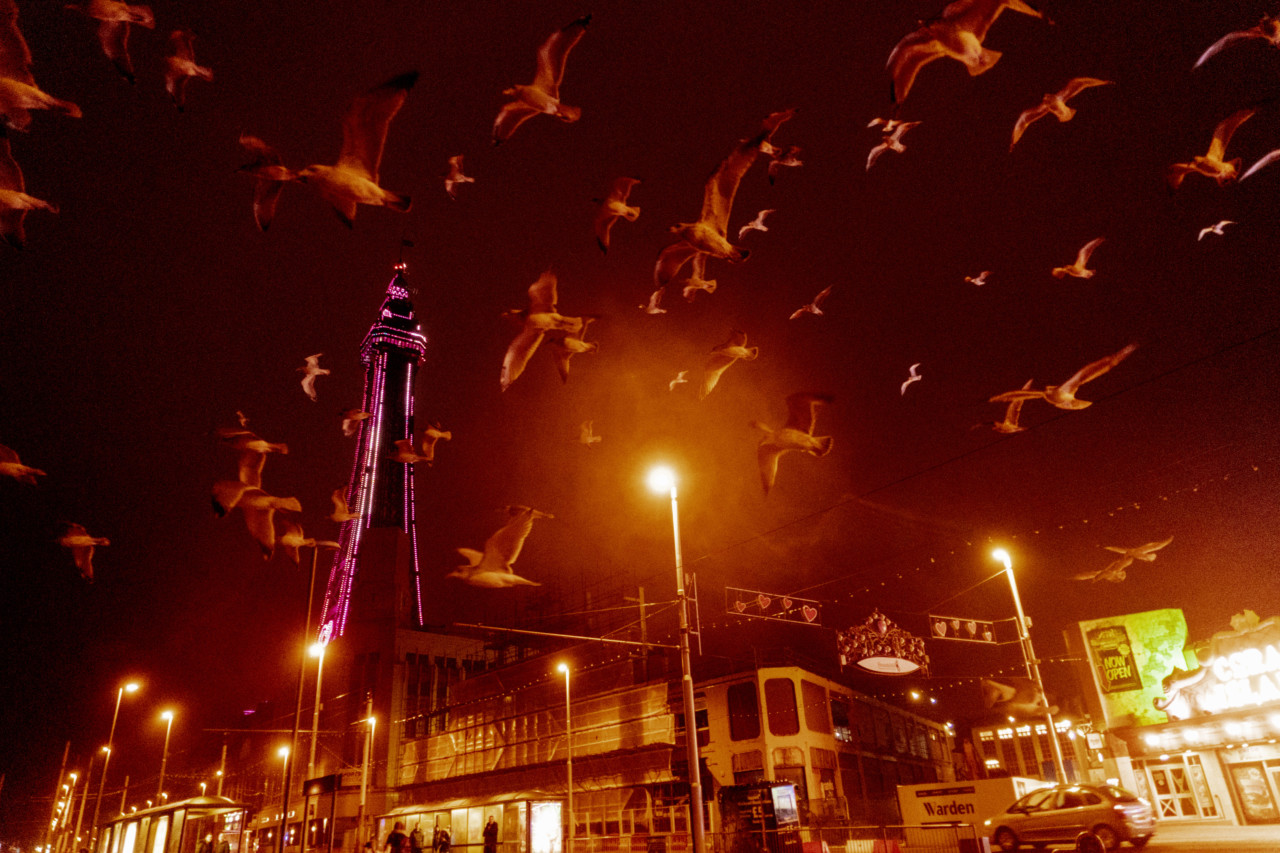 And while the town’s heyday as a vacation epicentre waned in the latter part of the twentieth century with the advent of cheap foreign holidays, the tradition of light displays continues. What began as just eight carbon arc lamps has become a blockbuster display attracting three million visitors per year and costing approximately £2 million to produce. The first lights in 1879 were touted as “artificial sunlight”, effectively extending the hours in which visitors could walk along the promenade, but the first iteration of the designed display lights came in May 1912, to mark the first visit from the British Royal family to Blackpool, when Princess Louise opened a new section of the Promenade. 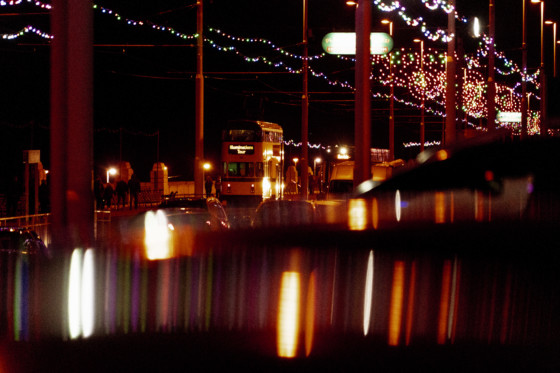 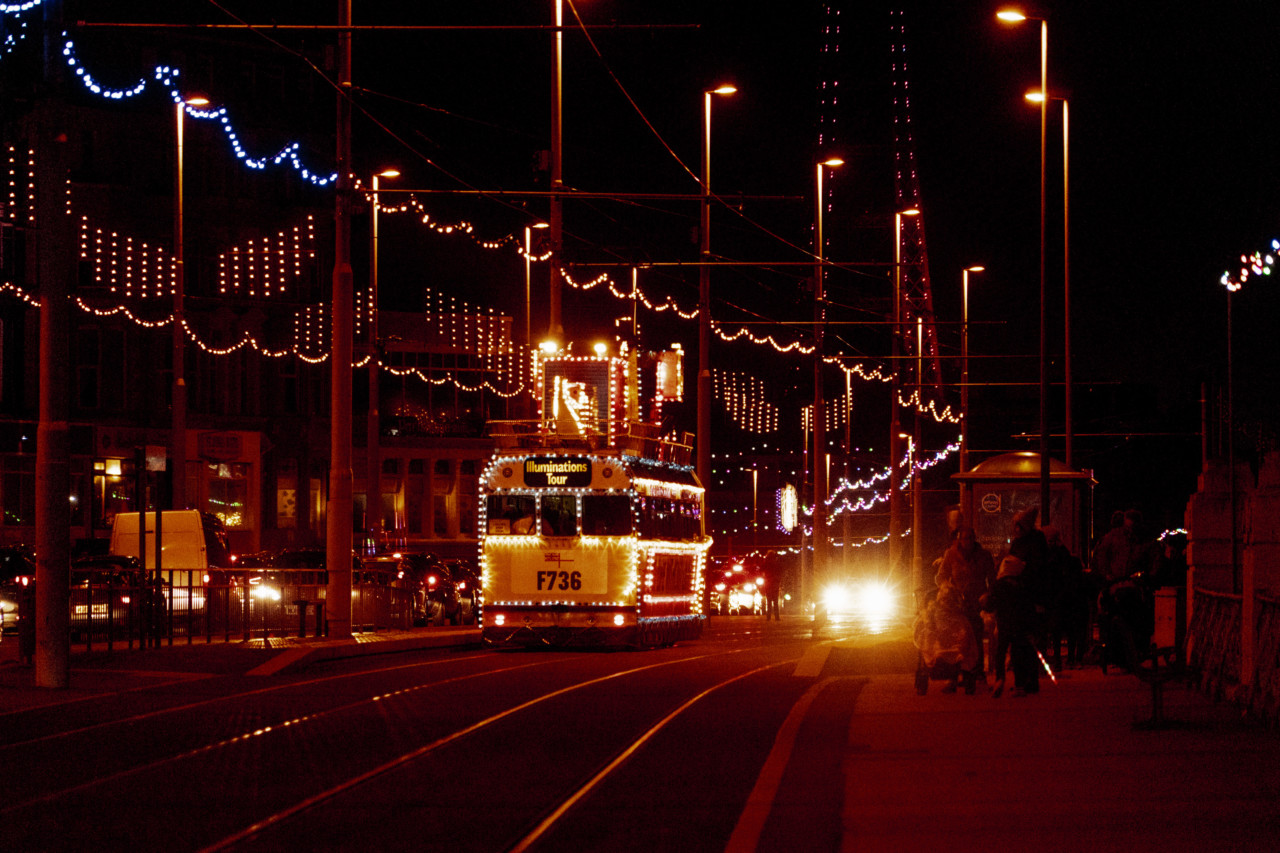 In the yearly fixture—save breaks during the First and Second World Wars—overhead arrangements line the roads and decorate Blackpool’s trams, while along the seafront, large tableaux depict elaborate scenes. Early designs mirrored the town’s ballrooms with art deco-inspired motifs. Later themes explored global history and culture, such as ancient Egypt, or tapped into the heritage of the town with traditional seaside scenes.

In the essay, Blackpool Illuminations: Modernity, Nostalgia and Taste, Tim Edensor and Steve Millington explored some of the early tension between the “carnivalesque celebration of excess” from visitors and the usual propriety of locals as Blackpool became a site of “industrial saturnalia”. The authors drew parallels between the cultural clash of visitors with the high-low culture reflected in the light designs. 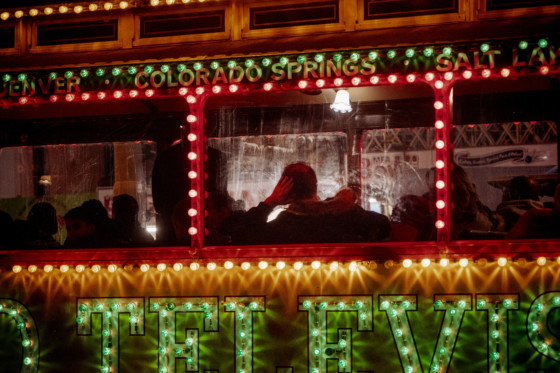 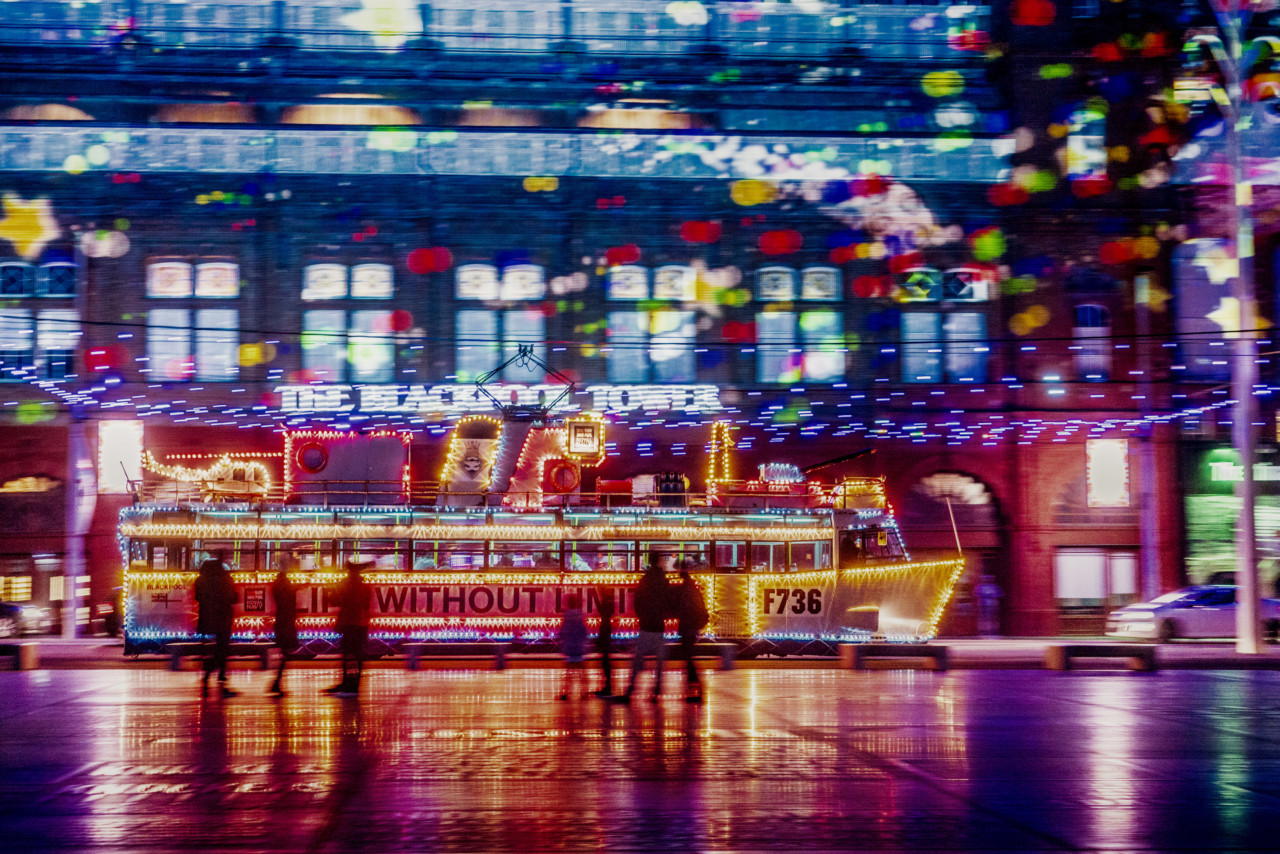 "The illuminations thus constitute an extraordinary historical record through which trends, crazes, cultural practices and styles have continuously emerged and disappeared; a storehouse of protean, contested and vital qualities of British popular culture." 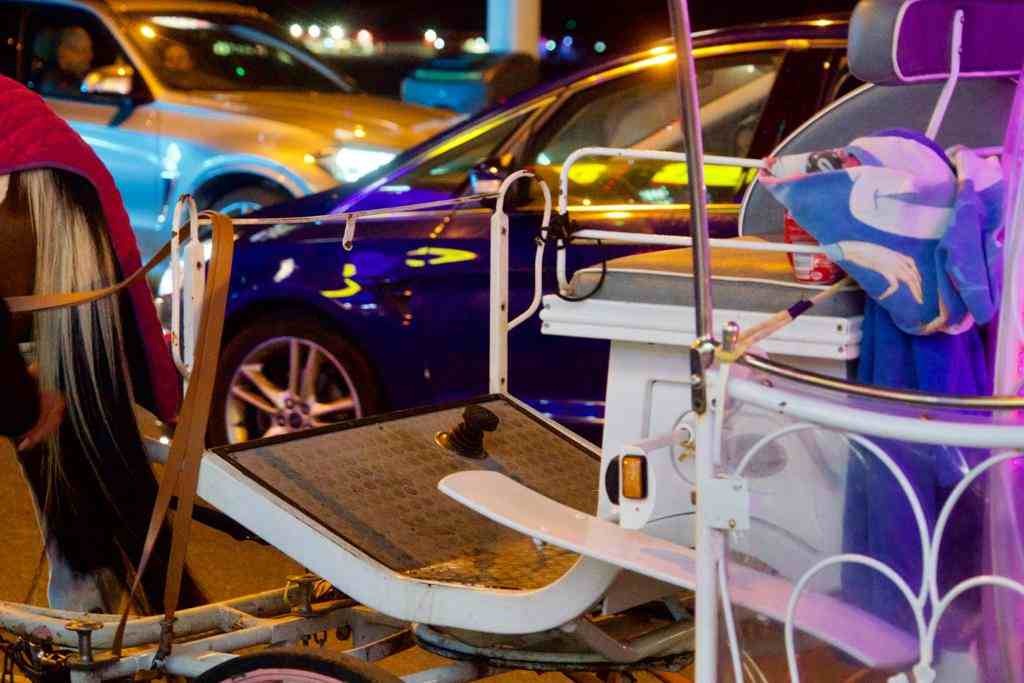 “Blackpool, with its fantastic décor providing a setting in which dancing bodies could expressively escape the discipline of factory work, and the Pleasure Beach, with its fantastical designs featuring ‘recurring motifs of the oriental, the ornate and the exotic,’ but above all, a celebratory showcasing of modernity in futuristic themes, sleek design and advanced technological applications that powered the thrill rides. These proliferating themes, the highlighting of modernity and the reiteration of tensions between vulgarity and refinement resonate across and beyond the twentieth century in Blackpool,” wrote Edensor and Millington (Blackpool Illuminations: Modernity, Nostalgia and Taste, Cities of Light: Two Centuries of Urban Illumination, Sandy Isenstadt and Margaret Maile Petty, 2014). 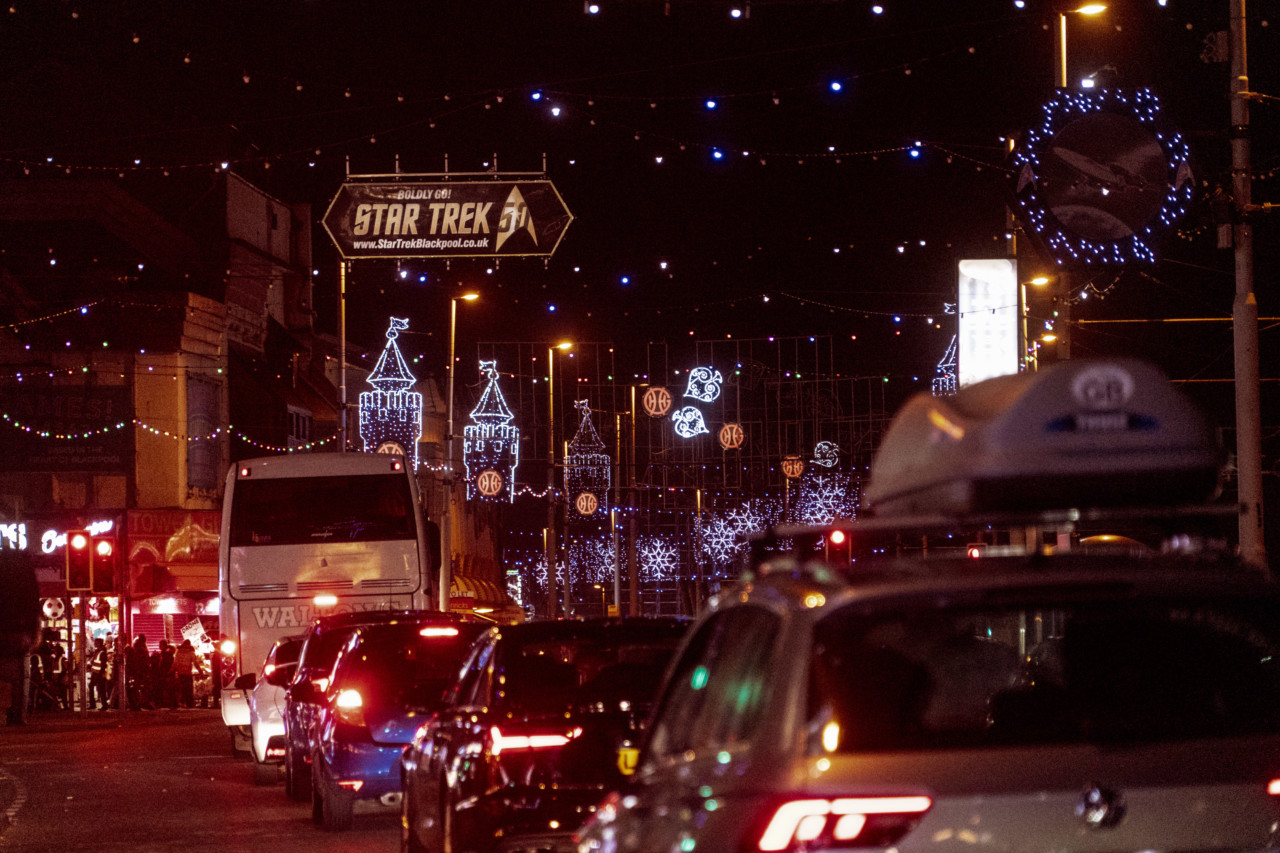 Throughout the years, popular culture, film and television have all been represented; stars of stage and screen, major characters from popular soap opera Coronation Street, as well as characters from Disney movies, nursery rhymes, children’s fiction and cult classics like Dr. Who, and Star Wars, have all made illuminated appearances over the years.

“The illuminations thus constitute an extraordinary historical record through which trends, crazes, cultural practices and styles have continuously emerged and disappeared; a storehouse of protean, contested and vital qualities of British popular culture,” wrote Edensor and Millington. 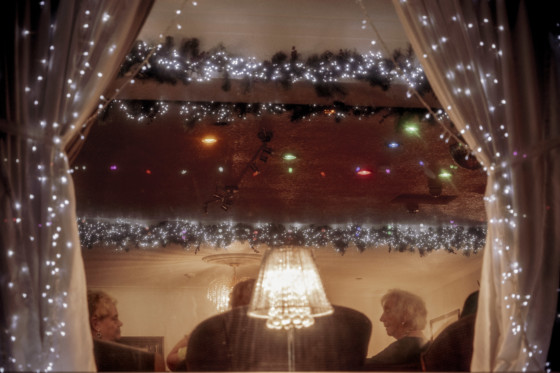 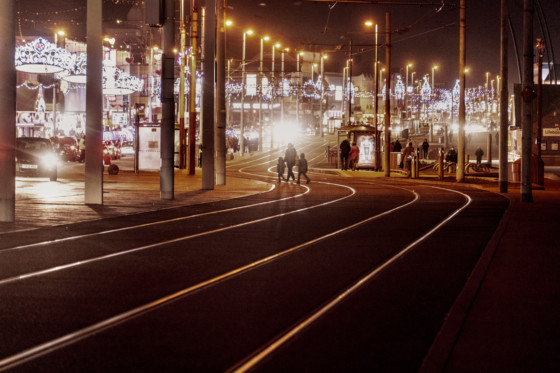 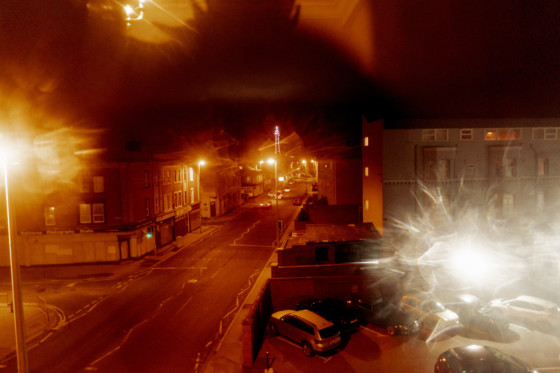 Blackpool has been captured on camera by Magnum photographers for decades. Henri Cartier-Bresson photographed traditional donkey rides and family fun on the beach in 1962, and the likes of Elliott Erwitt, Ian Berry, Bruce Davidson and Peter Marlow documented the tail end of the popular Blackpool getaway in the 1970s and 80s, capturing scenes with older people in traditional dress—flat caps and tweed suits and ties—reclining on deckchairs, along with other moments of seaside revelry.

The location also proved fertile ground for Martin Parr’s exploration of British cultural mores and leisure pursuits, as the photographer captured the tradition of ballroom dancing, which is kept alive to this day with national and international competitions. Famous for its freshly caught fish for the seaside classic of fish & chips, Blackpool also provided food enthusiast Parr with much material, snapping the traditional English dish and other classics unique to the British seaside, such as sticks of rock.

"I refer to myself as a hunter.... I'm chasing light, and by looking for reflection I somehow can express my creativity."

In this latest study of Blackpool, Gueorgui Pinkhassov photographs one of Blackpool’s most famous defining traditions, transcending typical seaside kitsch to capture the town shimmering, glowing and twinkling beneath the enduring, iconic lights. Reflecting on the trip, Pinkhassov said, “I was very interested to go to Blackpool, I have always been curious about the vivid history of the city. While walking on the promenade I was thinking a lot about people who used to live here or come on holiday here. I am fascinated by the past of this coastal town.”

Pinkhassov tends to work instinctively and therefore finds it difficult to explain his process. “I believe I don’t have any,” he says. “My work is pure improvisation, I am always very spontaneous. I refer to myself as a hunter…. I’m chasing light, and by looking for reflection I somehow can express my creativity.” 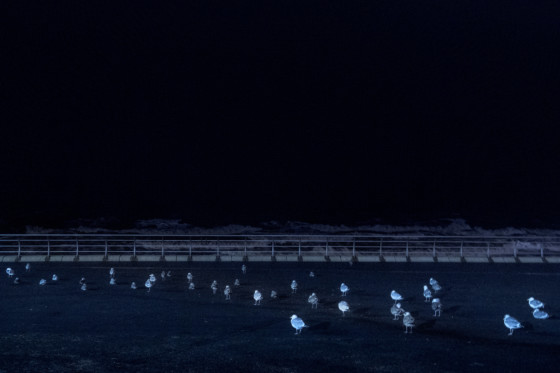 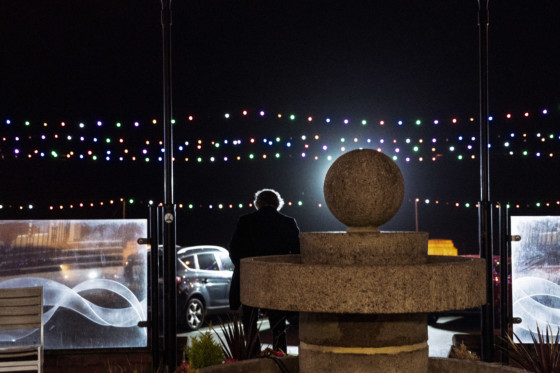 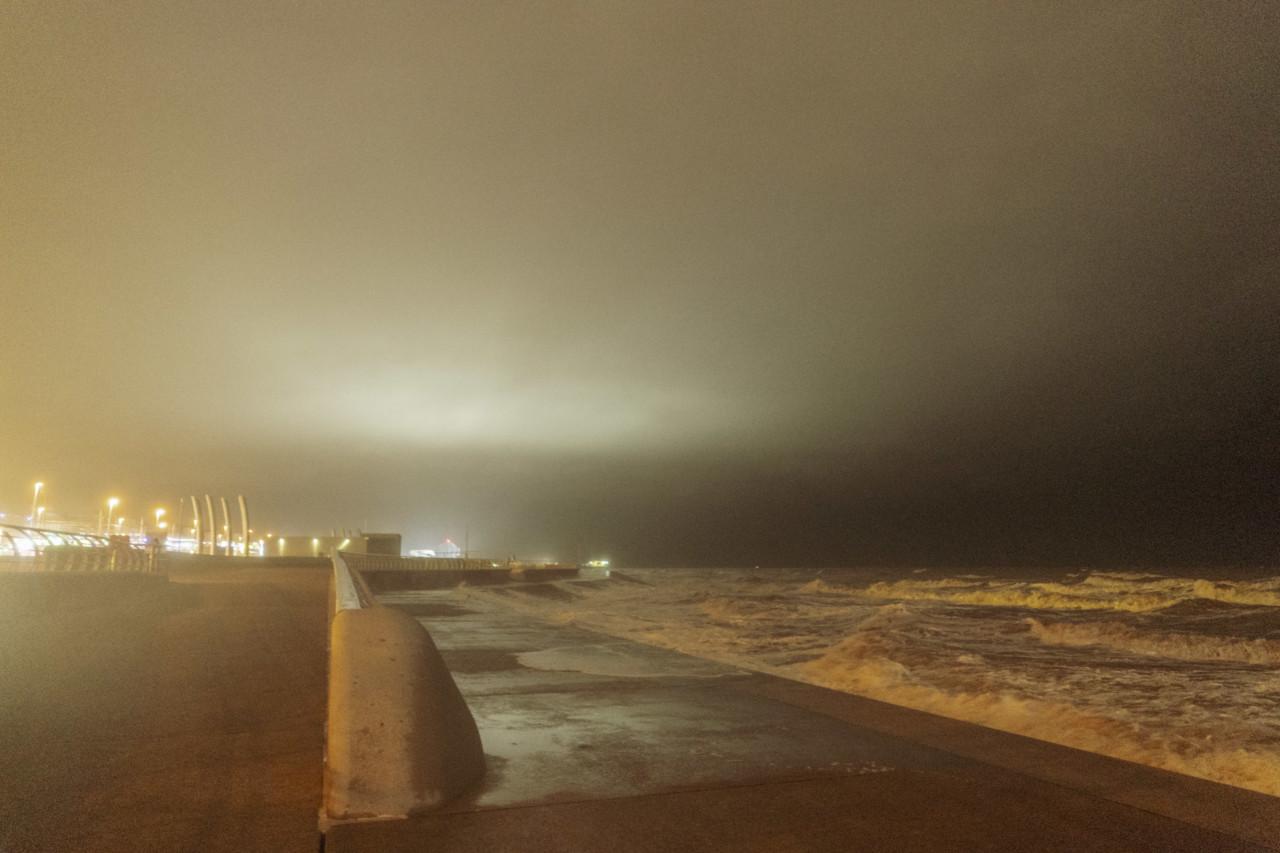