Three Magnum photographers reflect on Atlanta, creative perseverance, and an artist’s role amidst a global lockdown.

The Magnum Live Lab was first conceived in 2017 as part of Magnum Photos 70th anniversary celebrations in London, by Global Cultural Director Sophie Wright. Magnum’s Live Labs offer a space for experimentation and make visible the collaborative process of making new work. Participating photographers, working alongside a local curator, are challenged to respond to the location of each lab, making, editing and exhibiting new works together. This all takes place within a period of two weeks and is in full view of the public both online and in situ.

Our partnership with The High Museum of Art and The Hagan Family Foundation in Atlanta, was to be the first Lab hosted in an institutional space. Mikhael Subotzky, Carolyn Drake and Lindokuhle Sobekwa represent the most diverse group of Magnum practitioners to date, encompassing mixed media arts practice alongside photography. With the physical residency halted by COVID-19, the creative thinking went on.

In this – the first in a series of posts co-published with The High – the museum’s Associate Curator of Photography, Gregory Harris, introduces the program. Over coming weeks Harris will speak with the three photographers about their ongoing work. On June 18 Harris and the photographers will  hold a live conversation on Zoom at 12 noon.

Just before the High—along with so many other cultural institutions and businesses around the country—closed its doors due to the COVID-19 outbreak, we were preparing to open an exciting program at the Museum—the Magnum Live Lab.

Our plan was to turn the lobby of the Anne Cox Chambers Wing into an open studio that would be their base of operations for two weeks as these three image makers set about making new bodies of work that engaged with Atlanta’s distinct character. Magnum has done similar programs in London, Paris, Shenzhen, Kyoto, and Moscow, and we were thrilled to be hosting the first Live Lab in the United States.

We wanted to make the artists’ process as accessible as possible, so we’d planned for the Lab to be open so our visitors could come in, look around, ask questions, and see how artists develop their work in real time and how they collaborate with museums to realize an exhibition. We’d also planned a number of public talks and events to give our audience a deeper dive into the project. 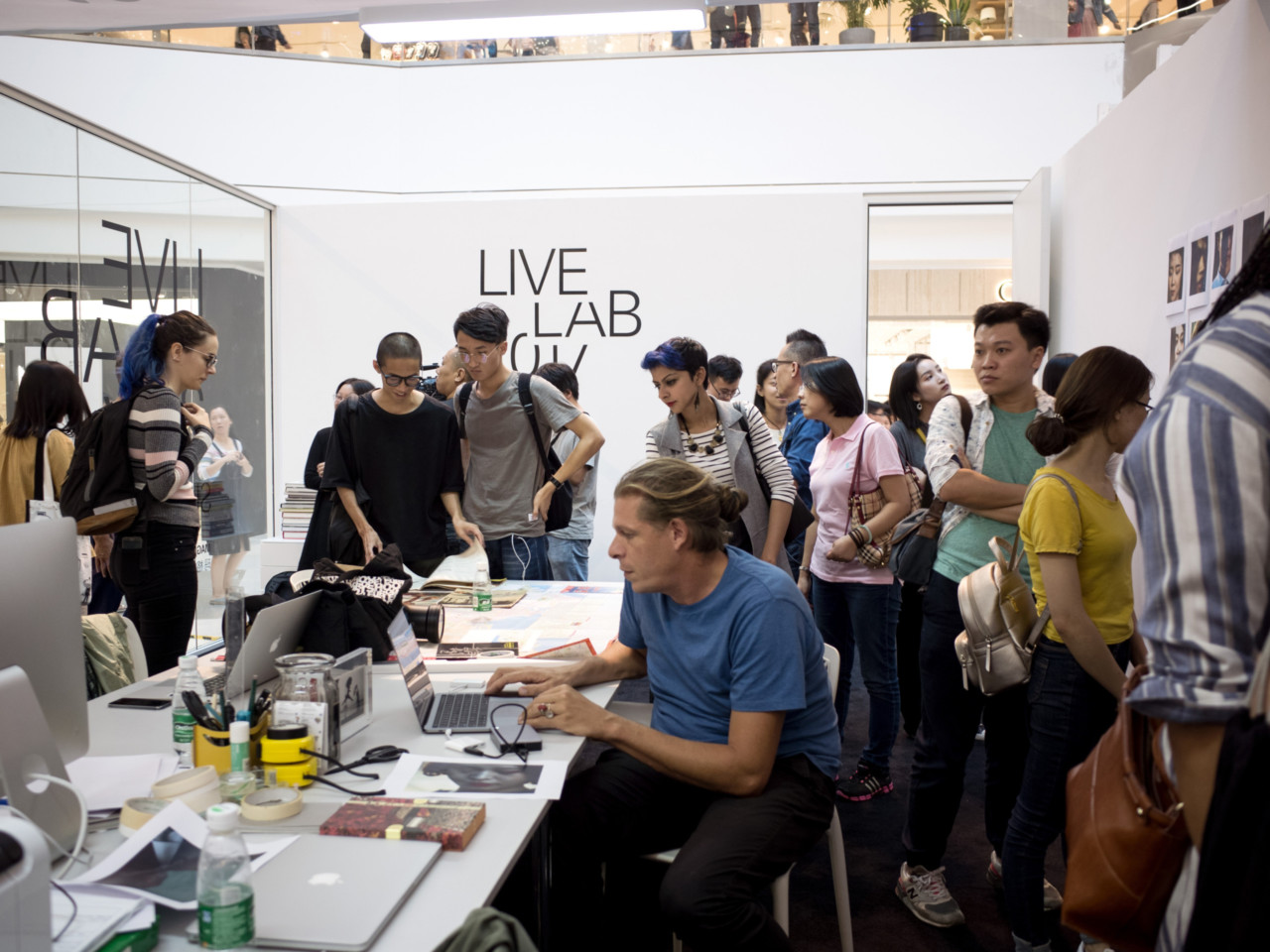 At the end of the residency, we intended to install the photographs and other pieces Carolyn, Lindo, and Mikhael had created over the prior two weeks and invite everyone in to have a look. It was to be a rare occasion where we’d throw back the curtains on what we do as artists and exhibition makers and let you all see the entire process from beginning to end.

But alas, none of this happened

Carolyn had already arrived in Georgia from California, and Lindo and Mikhael were en route from Johannesburg (by way of Houston and New York, respectively) when we had to make the difficult decision to postpone the Live Lab—three days before everything was set to get rolling. 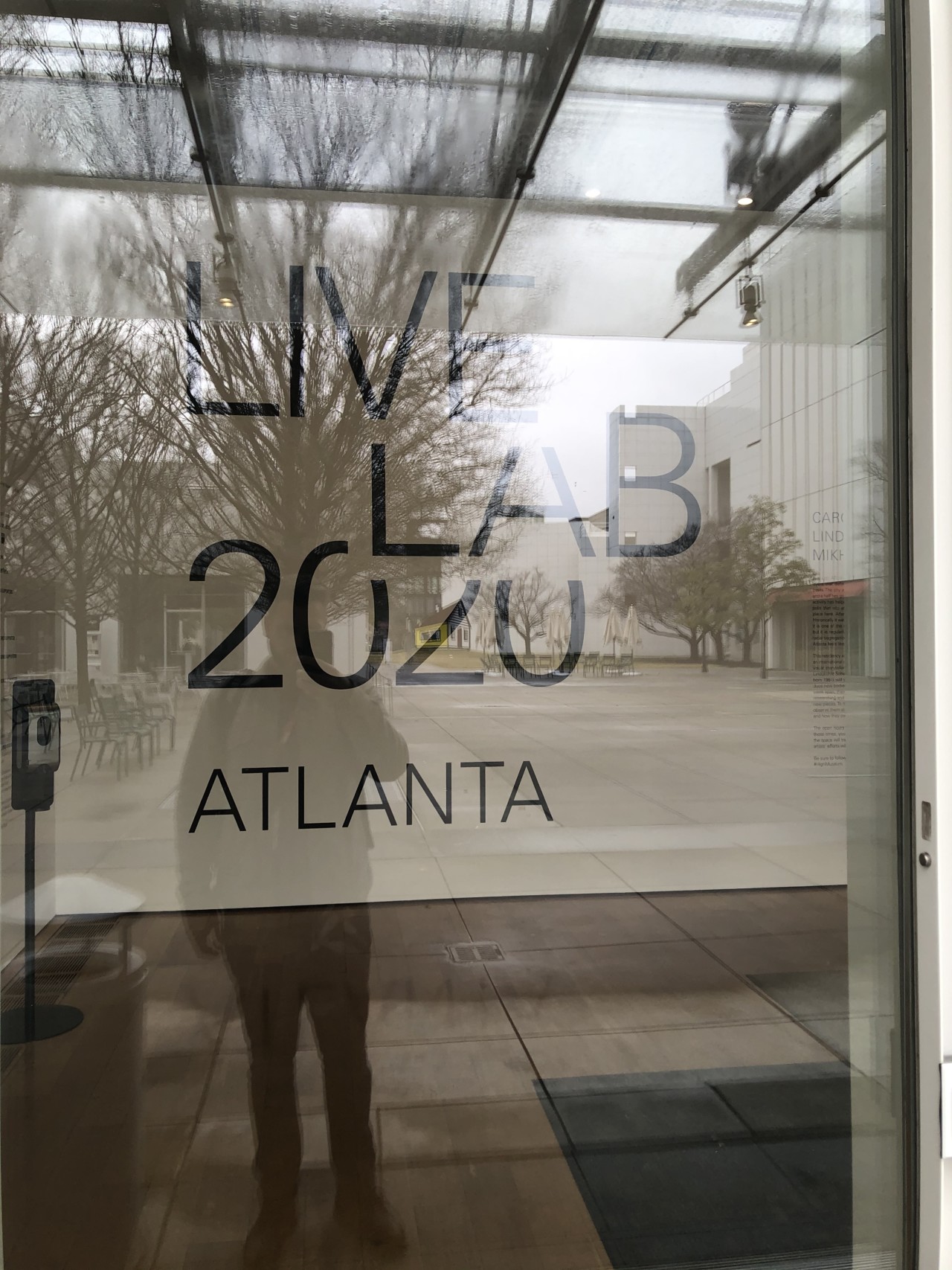 It was disappointing for everyone involved given all the initial research and planning we’d already done, but health and safety take precedence.

We all returned home and cautiously hunkered down to wait out the virus. A few days into our respective quarantines, Mikhael sent out a message to the team (the subject line was “Love Lab in Quarantine”—a nice little slip in the autocorrect function) to see how everyone was doing. Thankfully, everyone was healthy and in good spirits.

Creating in a Pandemic

To my delight, the pandemic had not quelled their creative impulses in the slightest. Since Magnum’s founding in 1947, its photographers have had an illustrious history of responding to major world events in creative ways, and this was no different. Henri Cartier-Bresson’s indepth coverage of the rise of communism in China; Bruce Davidson’s poignant documentation of the civil rights movement; Susan Meiselas’s gripping reportage of the civil war in Nicaragua—this was proving to be yet another chapter in that ongoing history. 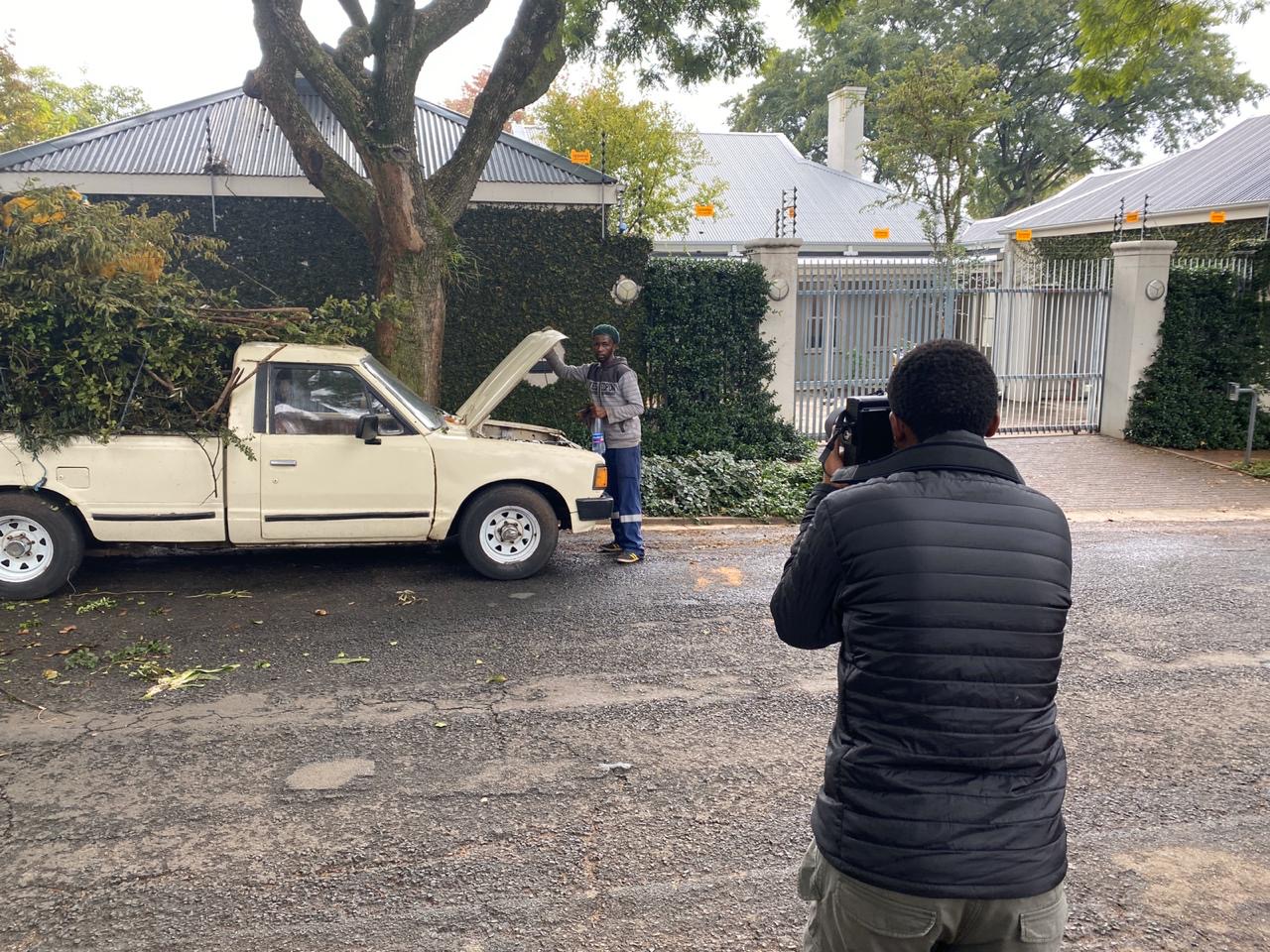 Lindo, a talented documentarian and photojournalist, was, from a safe distance, recording how the spread of the virus was impacting Johannesburg. Both Carolyn and Mikhael, because they were confined to their studios, were continuing to work on the projects they had planned to pursue in Atlanta.

Carolyn, whose work combines documentary photography and community-based mixed-media projects, had begun an elaborate photography and fiber piece that emerged from her research of the Atlanta Child Murders of the 1980s. 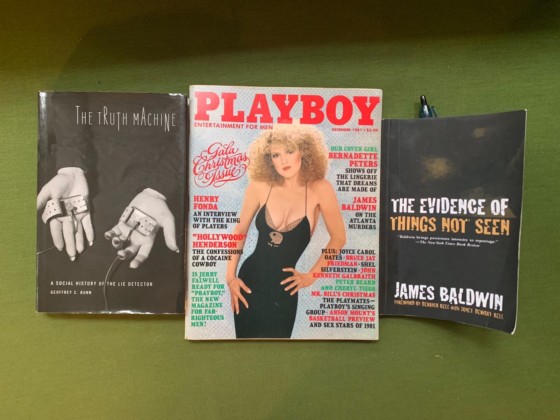 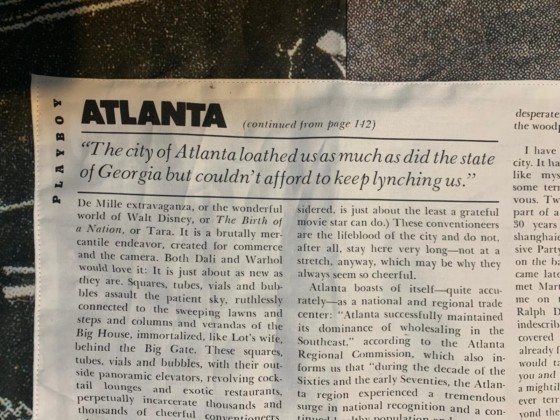 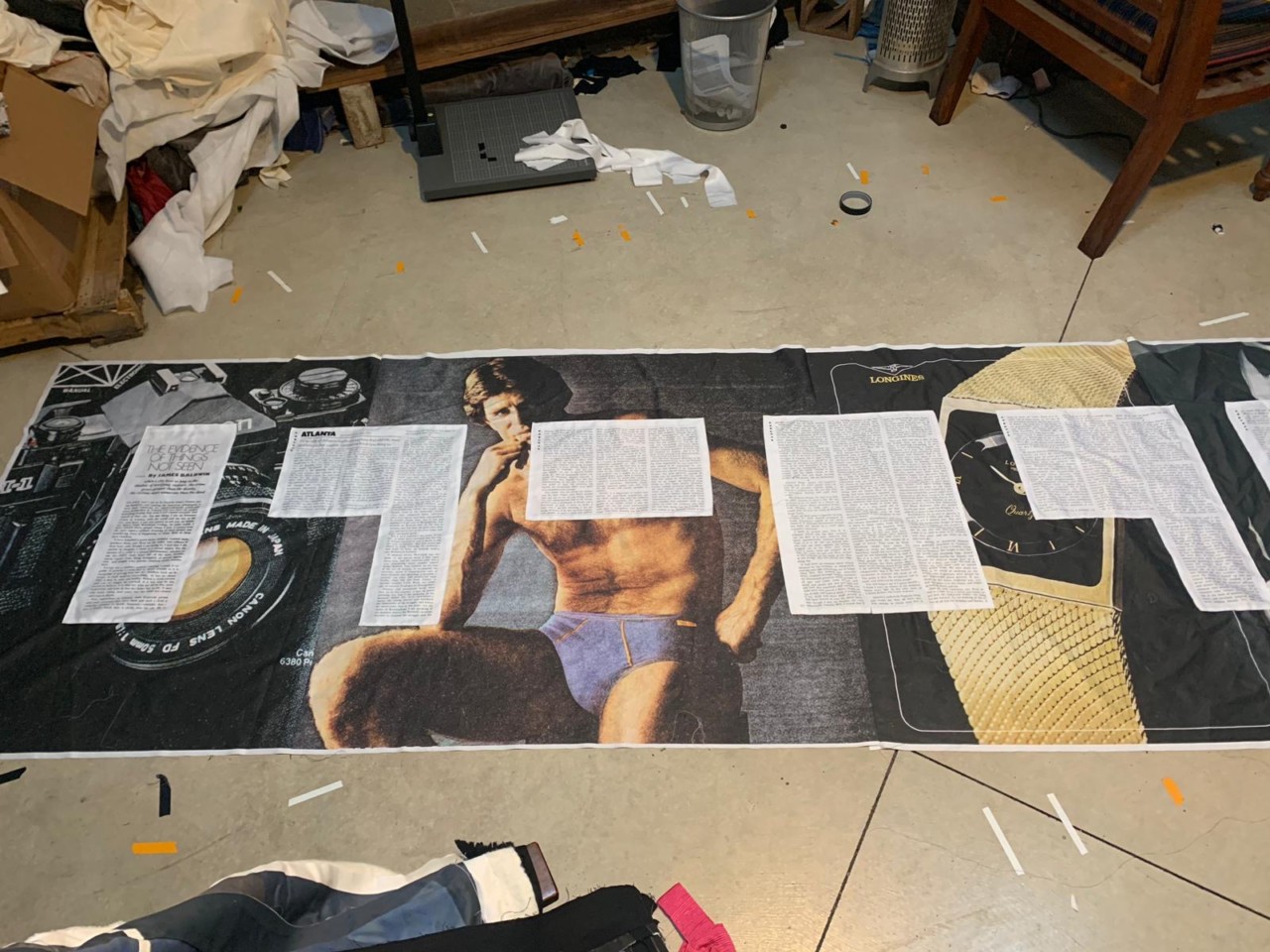 Mikhael, who focuses much of his time on a studio practice that combines photographic images with painting, video, and performance, had started a collage using an image from the High’s collection that will be part of his ongoing series that critically examines the representation of leaders and father figures in Western culture. In the original spirit of the Live Lab, we want to share with you how these three incredible artists have continued to create despite the pressures and obstacles presented by the pandemic. In trying times, we often turn to artists to inspire us to persevere and to help us make sense of confusing events.

Over the next few weeks, we’ll check in with Lindo, Carolyn, and Mikhael to get their perspective on an artist’s role during difficult times and to gain some insight into their current work and creative process. At the conclusion, we’ll all get together for a conversation on Zoom at 12 noon EDT on June 18. I hope you’ll join us and participate in the discussion by submitting questions.