Magnum photographer Mikhael Subotzky delves into the practice of photography in his multidisciplinary artwork, showing in Cape Town Revisiting his background as a photographer, Magnum’s Mikhael Subotzky picks apart what the practice of photography means in a new body of artistic work showing at the Maitland Institute in Cape Town, South Africa.

The very title of the show “Yellow Bile”, referring to the bodily liquid, taps into notions of revulsion and rejection that the bitter substance is synonymous with. As Subotzky himself points out, in ancient Greek Hippocratic medicine, yellow bile is one of the four essential elements that constitutes the body. “An excess or overbalance of bile was thought to lead to aggression and anger.” 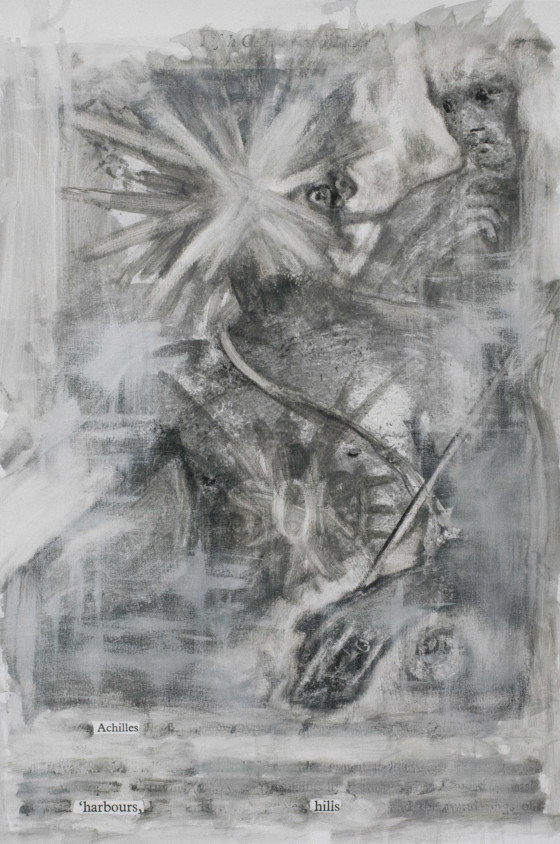 Through the aggressive ripping and manipulation of his own photographs as well as found imagery, and the combining of other materials, in these works Subotzky attacks the very objects that his practice as a photographer results in. His aim is to deconstruct them in order to make better sense of what they represent. It’s a visceral practice: “Yellow Bile is literally the contents of our stomachs,” he says, “What can we ‘stomach’?”

“The original catalyst was my own practice as a documentary photographer and my ambivalence about the process that went into making that work,” he explains. “I strongly felt the need to understand both the social and psychological contexts of the making of images both externally and very personally. A lot of it was based on mistrust – mistrust with the images themselves, their reception, their purpose, my deeper intentions or drives in making them. I guess, in taking them apart and putting them back together in new ways, I’m trying to regain some of those forms of trust.” 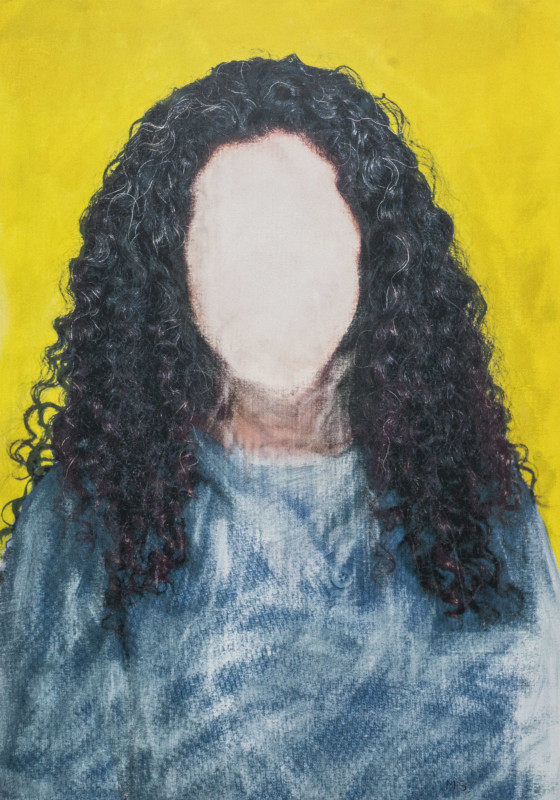 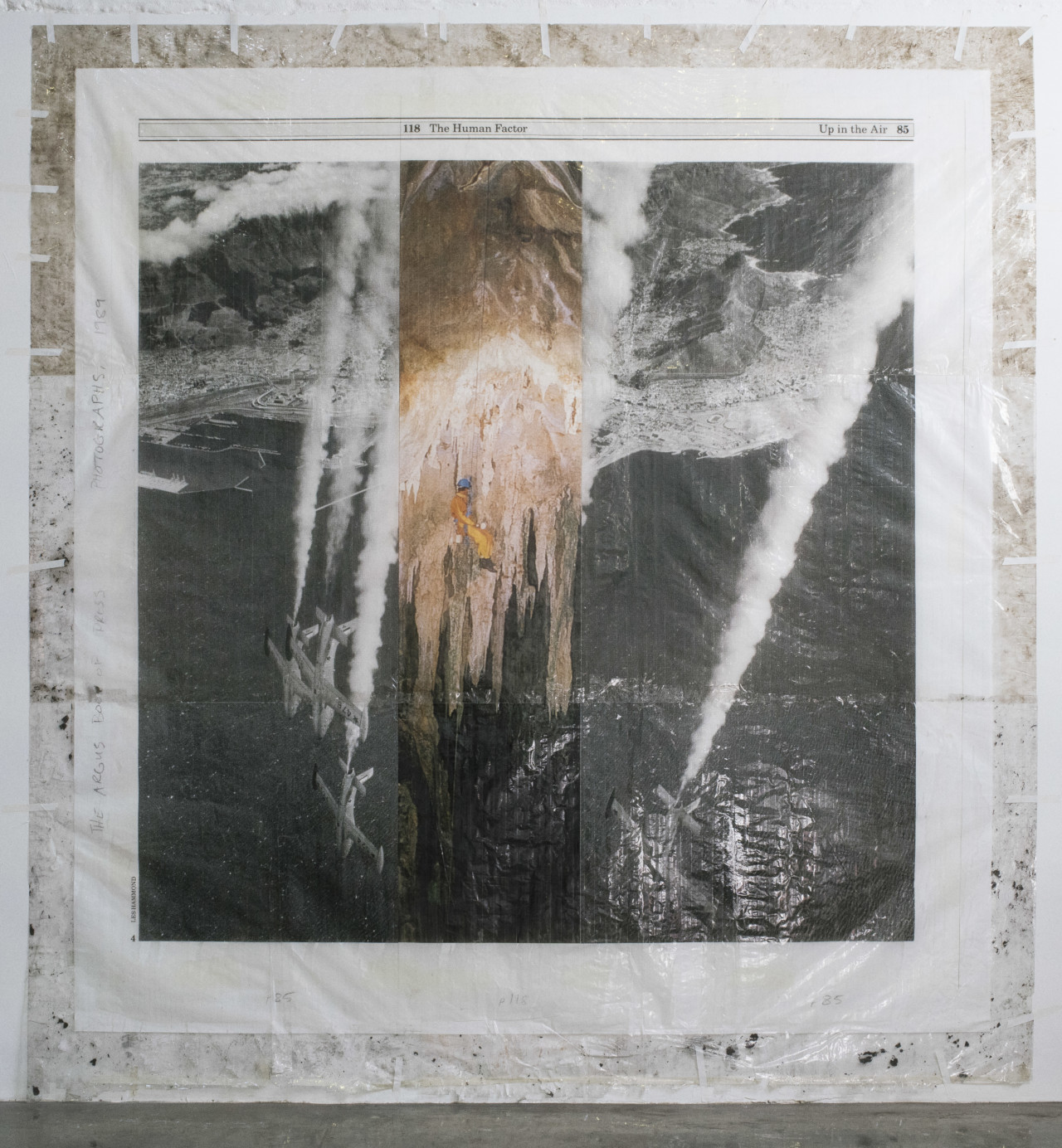 The work is inspired by TS Eliot’s Four Quartets, a set of four poems published over a six-year period from 1936 to 1942. One of the most universally critiqued themes in this body of work is Eliot’s exploration of temporality. There are obvious ways in which time might resonate with photographers; the idea of capturing time in a still photograph, and the act of ‘time travel’ through looking at photography.

But “while time is obviously central to Four Quartets,” argues Subotzky, “I think it is also important to look beyond it.” For him, it opens up wider questions of how we interpret images.

“The temporal element in photography, as described by Barthes among many others, is so compelling both formally and conceptually that it can overwhelm our reading of images – be they family albums or massive works by Jeff Walls or Andreas Gursky on the walls of a museum. As Eliot writes: ‘To be conscious, is not to be in time’; so what does it really mean to be conscious in both a photographic and philosophical reading of the world around us?” 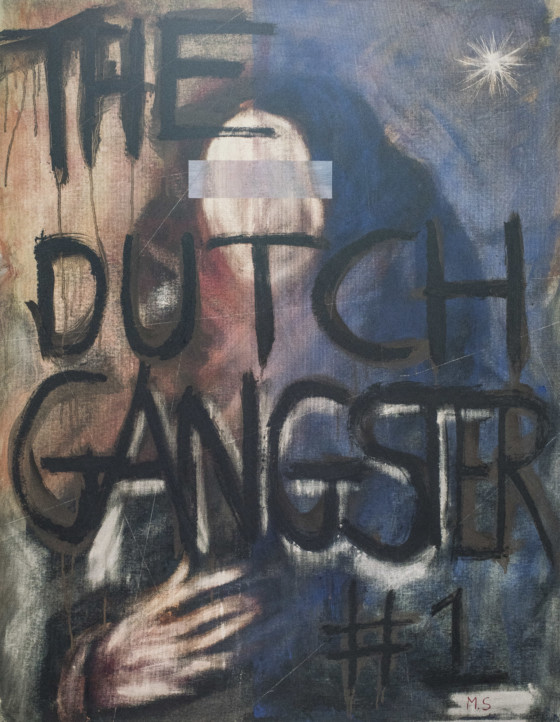 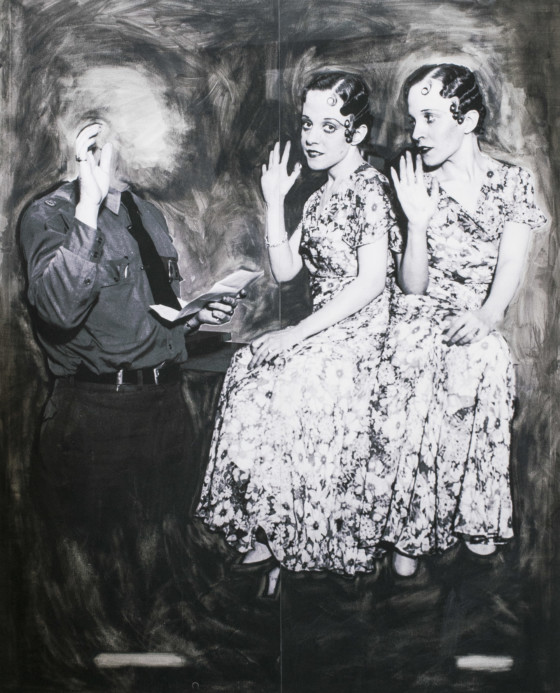 Subotzky, who has been reading Eliot’s works since he was a young teenager, concedes that the texts must have, at least on some level, shaped how he sees the world, but Eliot’s work reverberates with him in much more existential ways; he is not just simply inspired by the text, but questioning why the text reverberates within him.

“What I think I’m doing is questioning that love – digging into the parts of the text – religious, modernist, white, male etc – that make me uncomfortable, and trying to figure out what about it actually hooks me. But of course, this is what the text itself does – it endlessly makes aesthetic and philosophical propositions that are then immediately torn apart and questioned.”

He also cites Robert Rauschenberg, who drew interpretations from Dante’s Inferno in the 1950s, as an inspiration. “He (Rauschenberg) quite clearly stated that illustrating Dante’s Inferno was really just an excuse to go on a formal journey, to challenge himself and see if he could work in a particular way,” says Subotzky.

Coincidentally a friend of his recently sent him the following words, echoing the relation between Eliot and Dante: “It is not essential that the allegory or the almost unintelligible astronomy should be understood—only that its presence should be justified. The emotional structure within this scaffold is what must be understood—the structure made possible by the scaffold.” 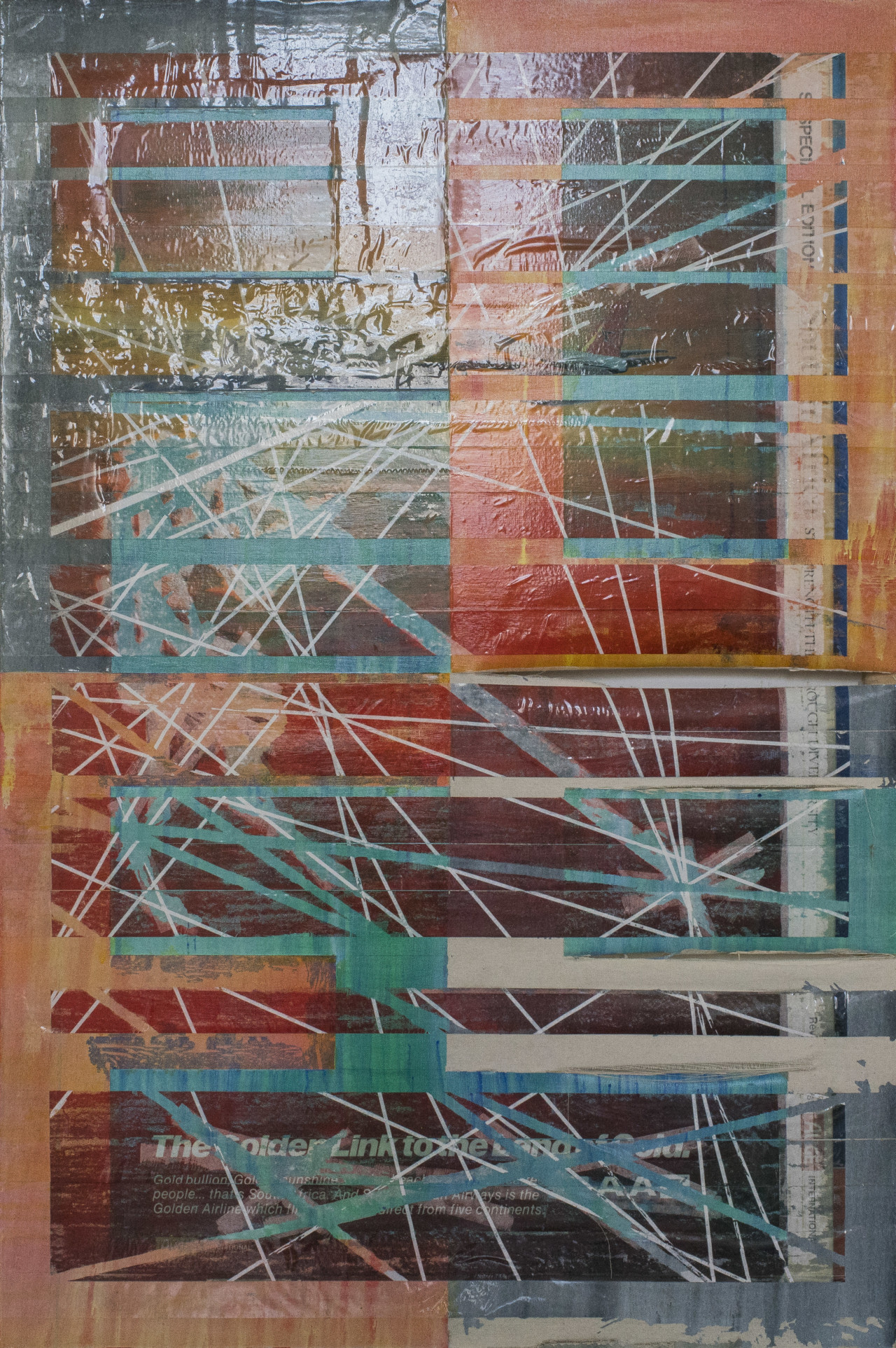 Some of Subotzky’s sticky-tape transfer works make a reappearance in the Yellow Bile exhibition, having previously shown in situ alongside the multidisciplinary artist’s film works. “The Sticky-Tape Transfers followed organically from my smashed photographs, which in turn followed logically from some of the conceptual processes that were happening within the photographs themselves,” he says.

“With the Sticky-Tape Transfers I was literally pulling the ink away from the paper support, splitting the representation in two, and then reconstituting it with visual changes. I started smudging and squishing the ink from the photographs on the back of the tape and this led to the ink and paint work that I’m now doing on the front of the canvas.”

The repeating motif of these works, as well as Subotzky’s practice of returning to his own previous images, assessing them anew through a multimedia approach that sees them pulled apart, is part of a continuum. The full title of the exhibition is, in fact, Yellow Bile (or Work in Progress); Subotzky’s searching endeavors through his practice are, indeed, works in progress. He says, “Like most things in life, I don’t think there is an end-point. It is just one of the things one has to keep doing in order to try and live consciously.”

Yellow Bile (or Work in Progress) is showing at the Maitland Institute in Cape Town until October 31, 2017. 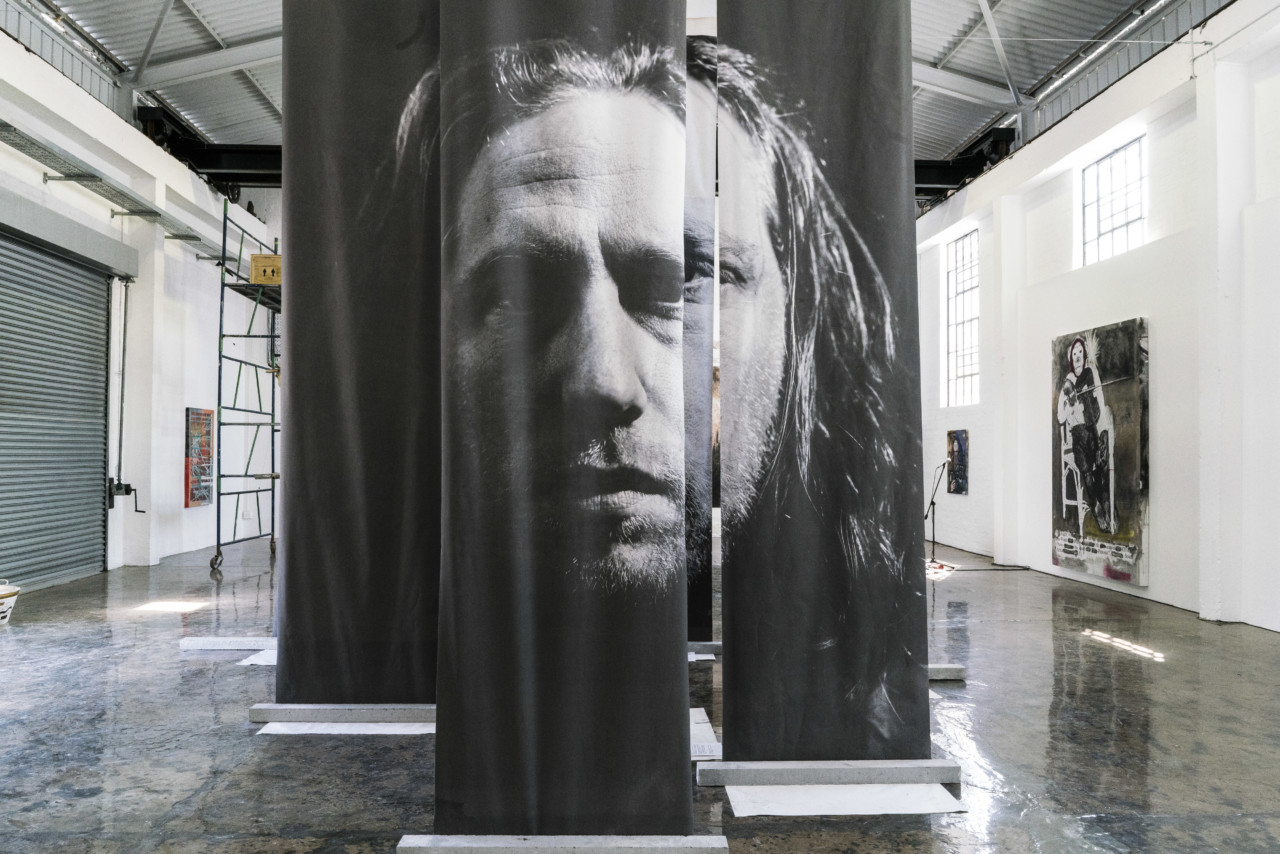