Two Magnum photographers document Mosul, an Iraqi city where citizens are split between returning to normal and fleeing for safety Moises Saman Iraqi civilians fleeing the fighting in the western side of Mosul walk toward the safety of an Iraqi Army position on the outskirts of the city. Mosul, Iraq. March 8, 2017. © Moises Saman | Magnum Photos
License |

On World Refugee Day – a day devoted to encouraging solidarity with refugees and raising awareness to the right they have to education, somewhere safe to live, and the opportunity to contribute to their community – we look at the current driving forces behind one major movement in the international migrant crisis: Mosul, the epicentre of the war in Iraq, as documented by Magnum photographers Moises Saman and Lorenzo Meloni.

Fighting in Mosul has accelerated towards a crescendo in recent months, with IS (Daesh) clinging on to the city they seized in June 2014. Since then, Iraqi government forces backed by US airpower have attempted to take the city back, with significant progress being made recently. Meloni and Saman have documented the fighting throughout this time and both were on the ground in March 2017. 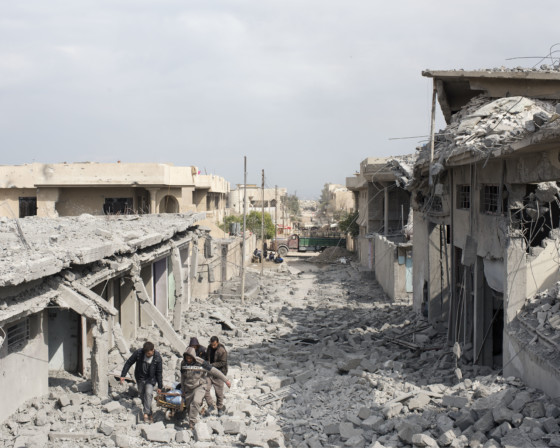 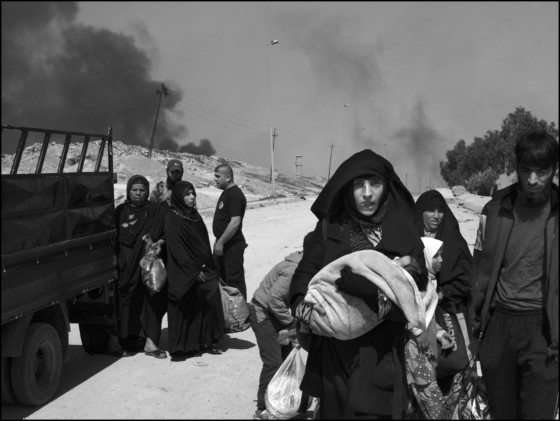 Moises Saman Iraqi civilians fleeing the fighting in the western side of Mosul walk toward the safety of an Iraqi Army position on the outskirts of the city. Mosul, Iraq. March 8, 2017. © Moises Saman | Magnum Photos
License | 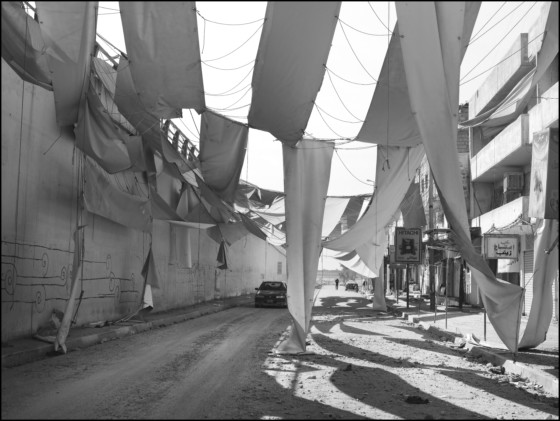 “I have been documenting the various factions fighting the Islamic State for three years. It is a brutal conflict. Many of the fighters I have met have been killed or injured, and the living conditions of the population worsen each day,” observes Meloni.

Saman, who has been documenting Iraq since 2002, reports that parts of the city are “totally in ruins, particularly on the Western side, while life is slowly coming back to normal in the Eastern part of the city, which was liberated in the initial stages of the battle.” According to Saman, a huge number of civilians had no option but to stay and live under IS when they took over Mosul, but the majority is now living in camps on the outskirts of the city, pushed out by the fighting. “There were hundreds of thousands of civilians living under ISIS in Mosul. It is hard to say how many are left in the pockets still controlled by IS now.” 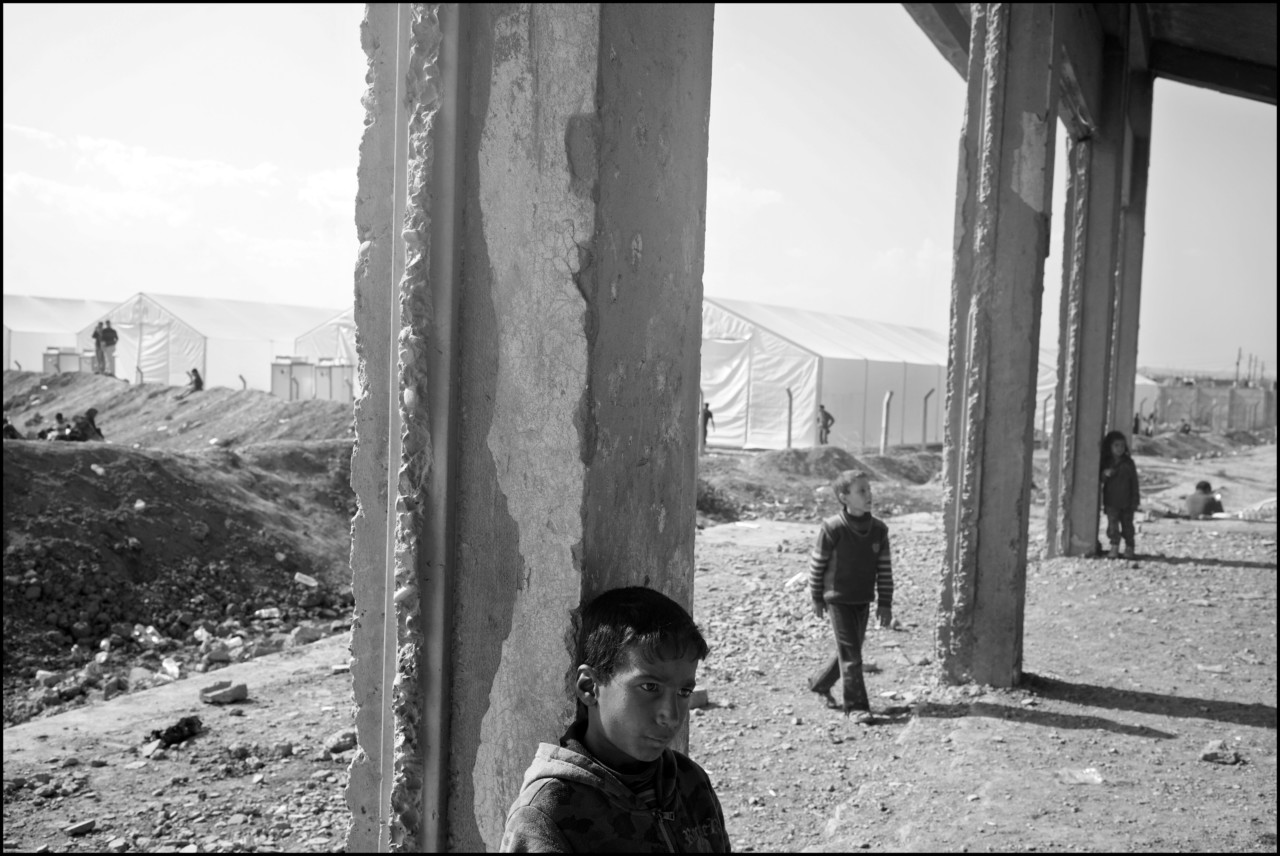 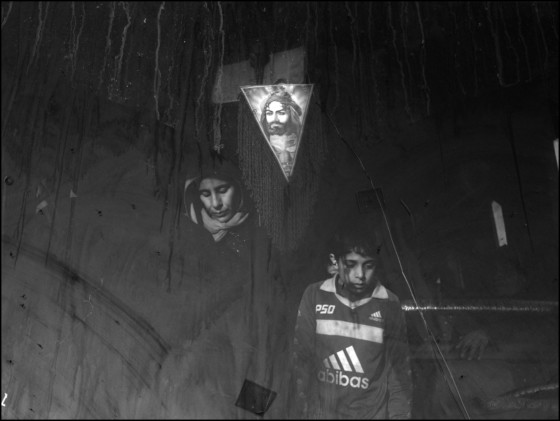 Moises Saman Displaced Iraqi civilians from the western side of Mosul arrive on a bus at a makeshift camp on the outskirts of Hammam al-Ali, south of Mosul. Hammam al-Ali, Iraq. March 8, 2017. © Moises Saman | Magnum Photos
License | 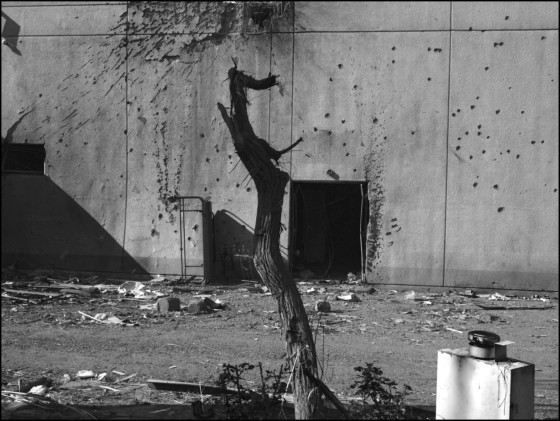 Moises Saman The aftermath of heavy fighting at the Salam Hospital on the eastern side of Mosul. The hospital, a formed ISIS base, was recaptured by Iraqi forces after heavy fighting. Mosul, Iraq. March 9, 2017. © Moises Saman | Magnum Photos
License |

Even with fighting abating, many civilians are frightened to stay. “A few families decided to stay and they never left, but many have been forced to leave since there is a strong fear among the army that Islamic State fighters are trying to pass off as civilians,” says Meloni. “I think that the battle of Mosul, and the imminent one in Raqqa, will mean the end of the Islamic State as we know it. However, brutal regimes and sectarian conflicts will provide fertile ground for extremism. If the efforts of the different factions do not go beyond fighting, there is a real risk that a worse era is just behind the corner,” he adds. 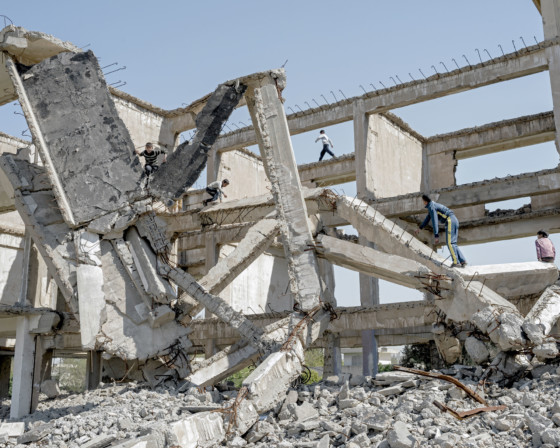 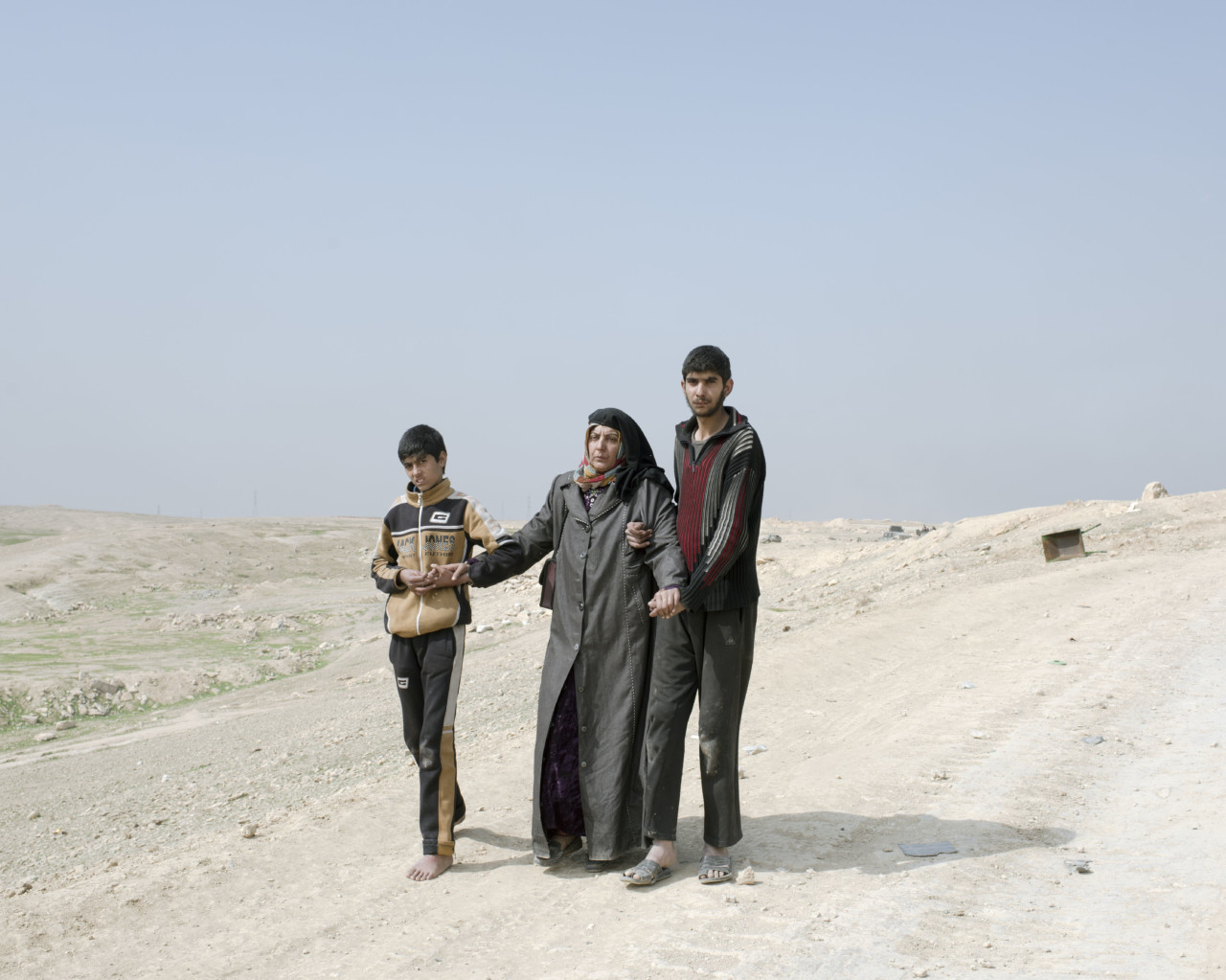 Positioning oneself into the middle of an active urban warzone obviously comes with a multitude of dangers. “Documenting an asymmetrical conflict, such as the one in Mosul, is very dangerous, as nothing can be foreseen, says Meloni. “One day, on the frontline, I was considering whether to move forward with the fighters or stay in a safer spot, and I decided to go ahead as there were important moments to be photographed. A few minutes later a car bomb went off in the same place I had decided to leave.” For him, “experience, luck and the right gear” can help, but as his experiences prove, even allegedly safe places can become deadly. Saman’s practical considerations for keeping safe are to “work fast while being extremely aware of my surroundings.” 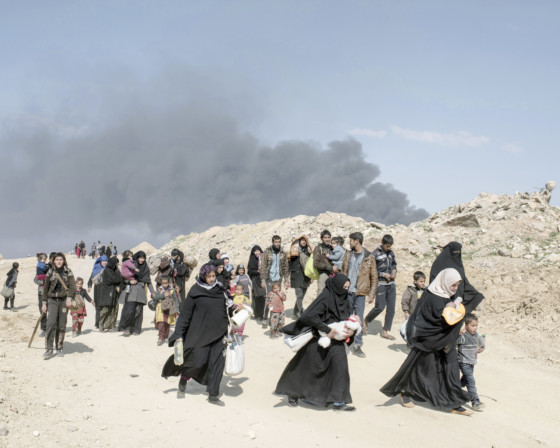 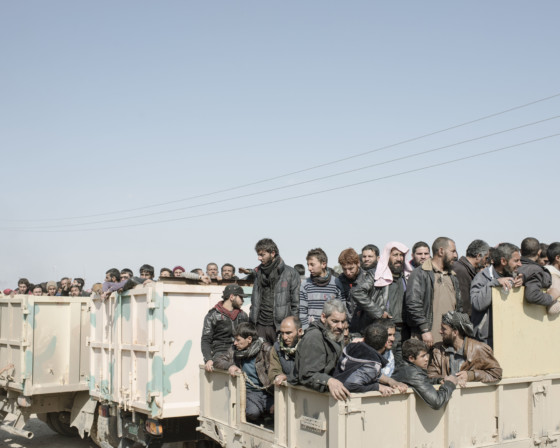 Their work from this trip is presented side by side, and shows a city a shell of its former self; in some parts of the city civilians are attempting to return to their ruined former homes, while in other areas, people are pushed into the outskirts or trapped by fighting. All the while, there is an impending feeling of an ending, that brings with it both hope and apprehension. 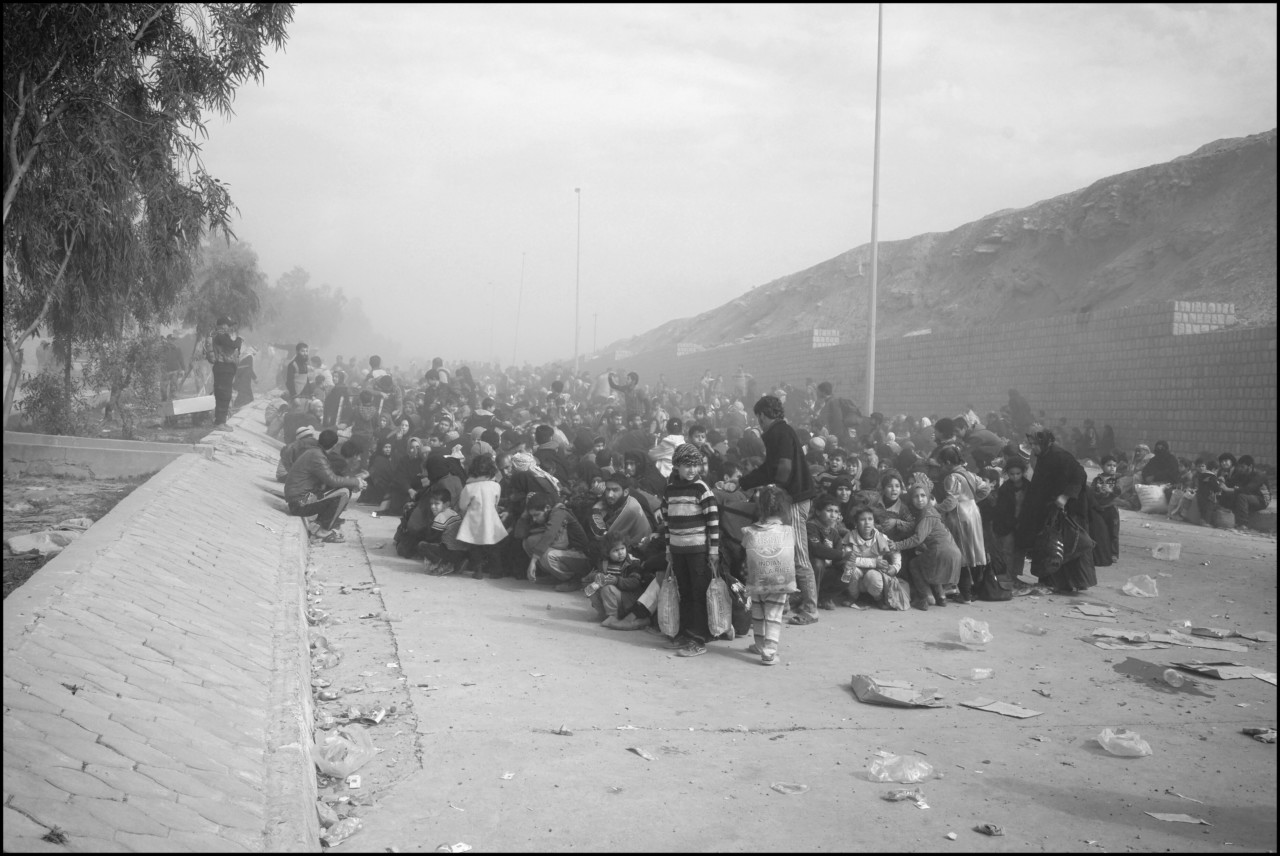 Moises Saman Iraqi civilians fleeing the fighting in the western side of Mosul gather at an Iraqi Army position on the outskirts of the city. Mosul, Iraq. March 8, 2017. © Moises Saman | Magnum Photos
License |
Shop Now

Pictures from a Revolution