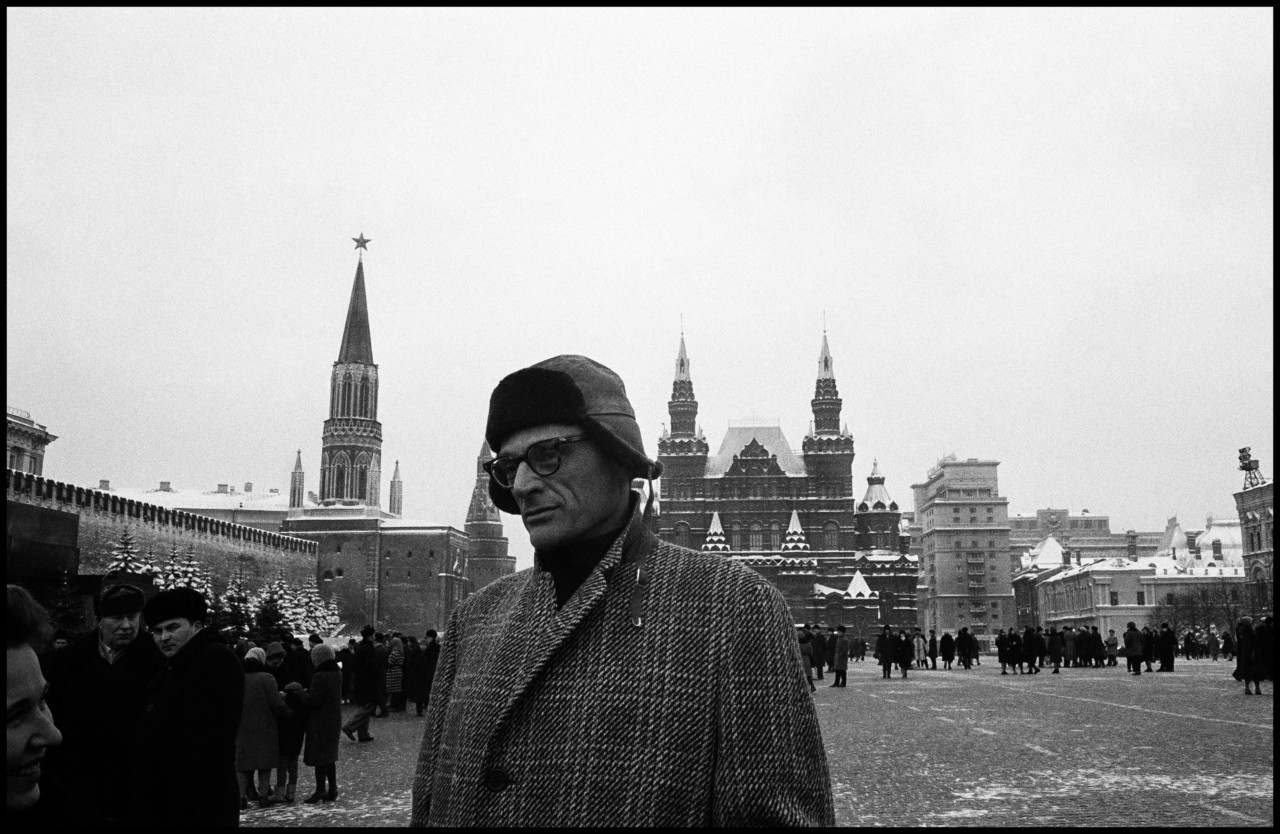 It’s a photograph I had never seen, one of the hundreds Inge Morath took of her husband.  He’s in  Red Square, wearing a Russian style hat. He looks pensive, but also because of the hat, eccentric. Because I knew Inge so well, I can see her leap to the shot, holding her Leica. It was taken on one of their many trips to Russia which began when Arthur was president of International PEN.

She photographed him in many roles, as the famous playwright of course, but also as farmer, carpenter, handsome guy, father, handyman, writer, “great writer”, paterfamilias, host, and activist. 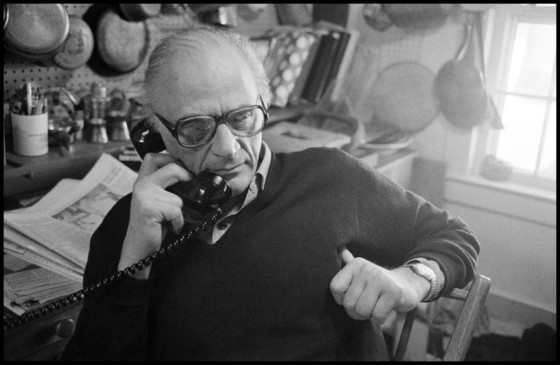 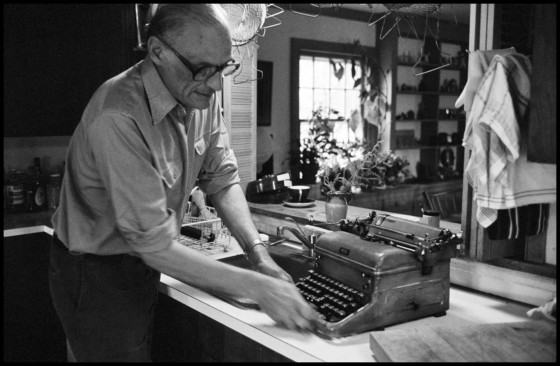 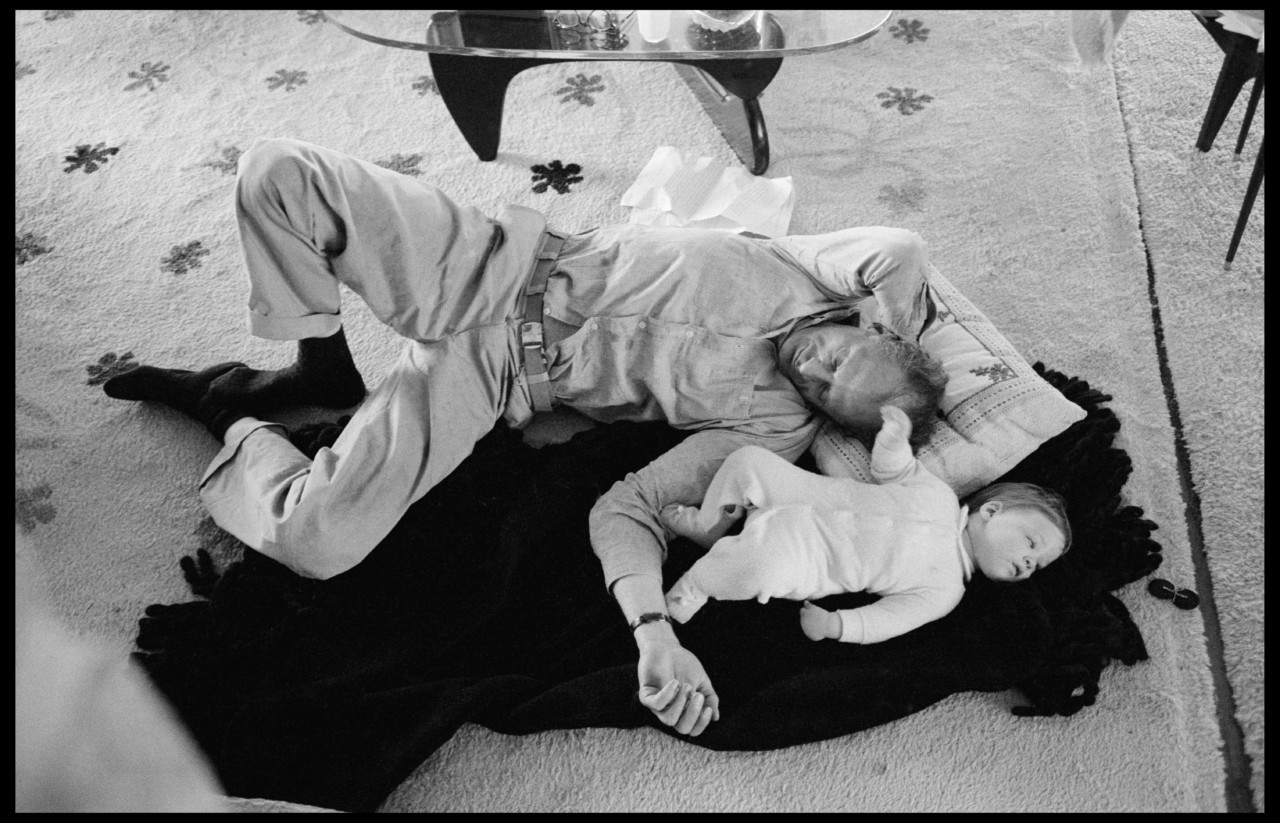 I can startle people by saying, “He was my very close friend,” but they are more surprised when I say,  “He was the funniest man I ever met,” and describe Arthur telling a funny story, the slight curl at either end of his lips as he begins, everyone at the table intent, the almost-smile turning into a chuckle at the punch line, everyone at the table now laughing, his satisfied smile at our pleasure. 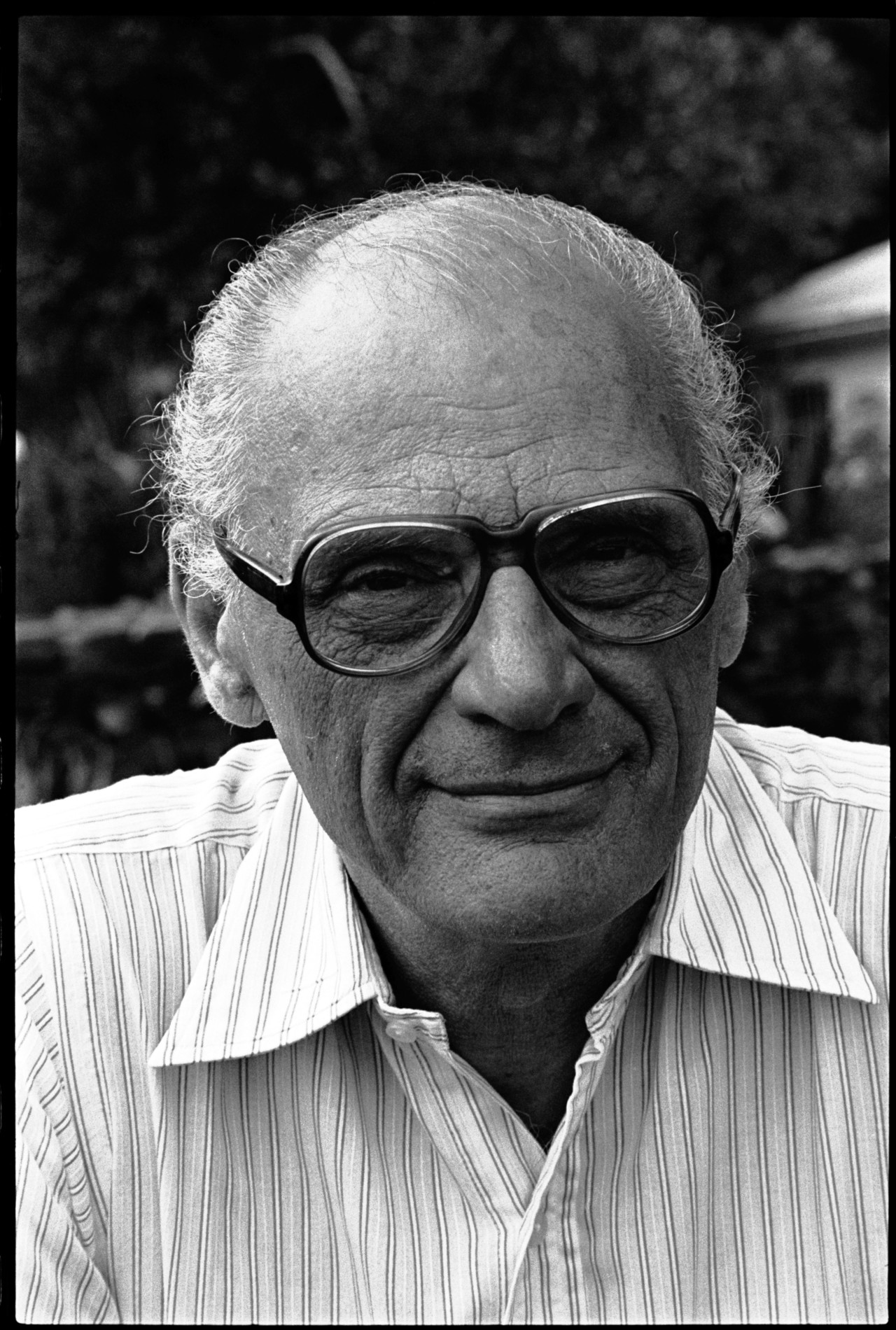 I was in my late thirties, in 1984, when I moved to Kent, Connecticut, an half hour from the Millers, who lived in Roxbury. I met them at dinners with friends. The first time was at the home of dancer and choreographer Martha Clarke, a meeting I commemorated in a poem:

and how do I remember this?  we had London broil, cooled
to room temperature.  When I noticed raspberry on my shirt,

she and her husband were telling a story – Cambodia, escaping
to Laos as the Vietnamese advanced, she had photographed

Angkor Wat, the daughter a child, airport closed, crossing
borders in the rain forest.  I watched her, long fingers moving

in failing light, framing the air with stretched hands. Might she
photograph me?

It was the year after their trip to Bejing, where Arthur directed Death of a Salesman.  Inge had spent years preparing, learning Chinese, her seventh language. 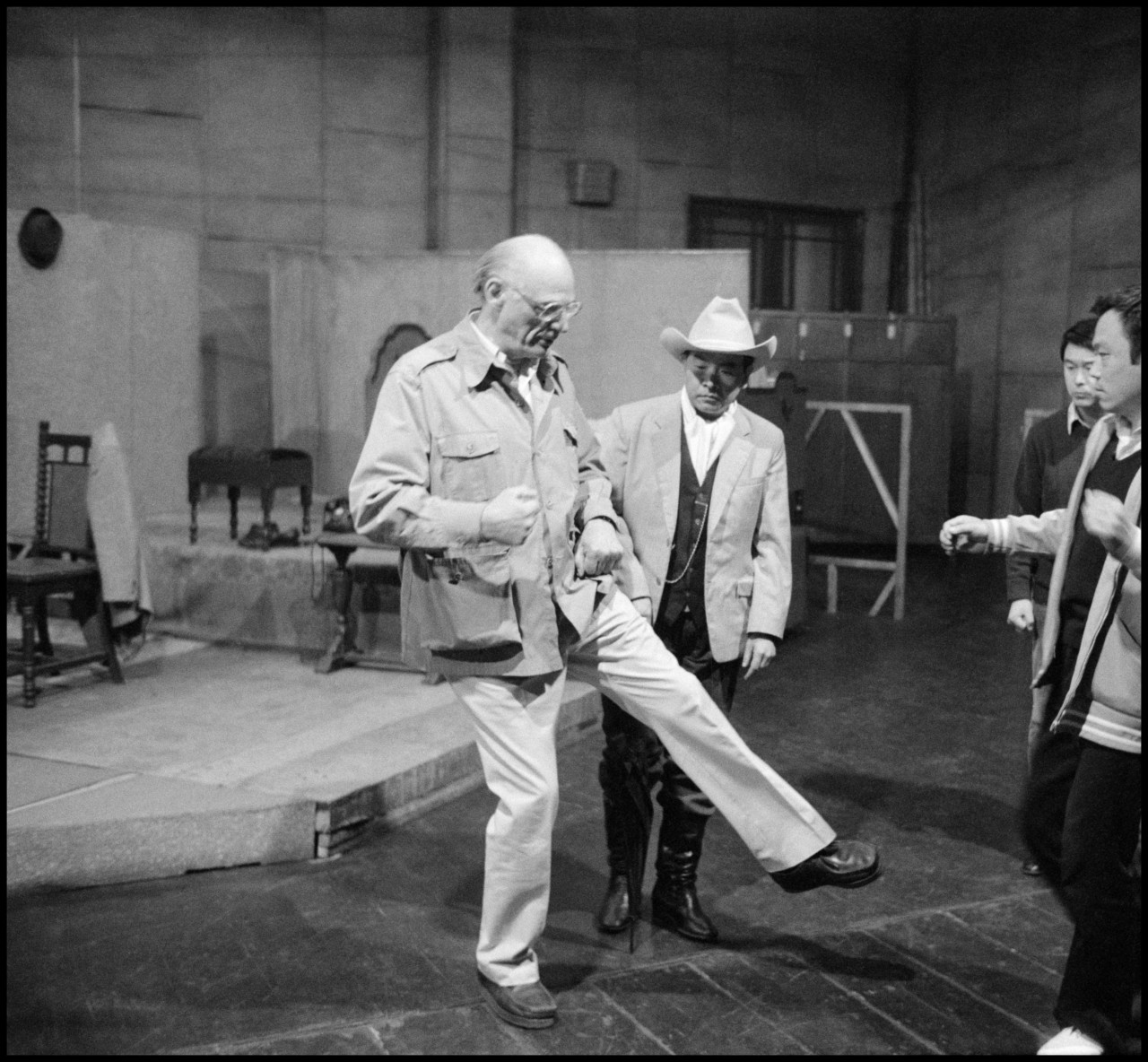 While they were in China, there was a fire at their house. My brother’s loft had burned, I told them, and I’d written a poem.  “Send it to us!” they said.  I got a note of praise back from Arthur, and so began our friendship as writers.

Days later, Inge came to my house to photograph me. “Your face has an asymmetry I like,” she said.

From my open door,

watching her leap from the car, flimsy red camera bag, jeans, shirt
rolled to the forearm… 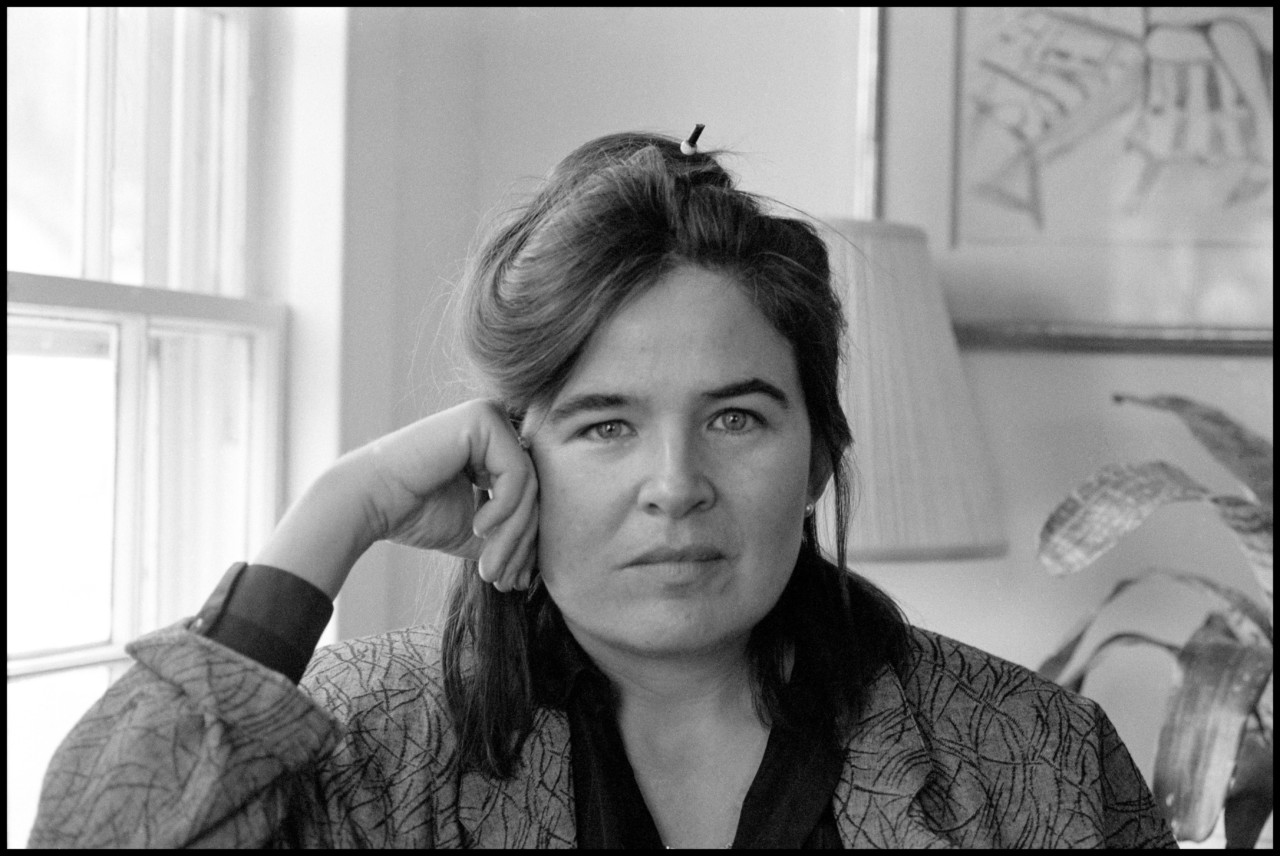 That first summer it seemed I was there for dinner almost every night. Entering the house at Roxbury was entering their life of travels, of plays, of friends, a world of memory vivid in the photographs of Inge and her Magnum colleagues. 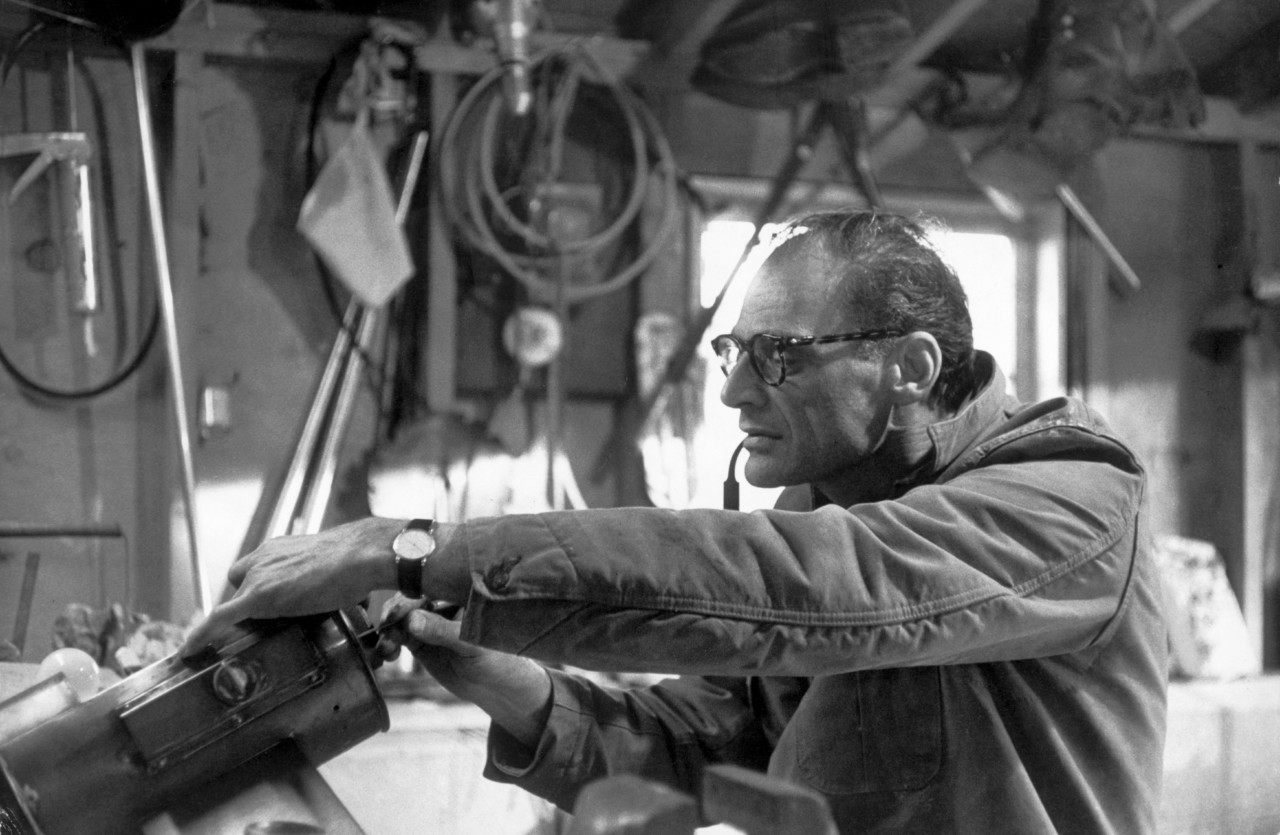 Because I had been a theatre person, I thought I knew Arthur. A 1962 photo Inge took— a half-masked Arthur and a masked woman—awakens a memory. On a family car trip when I was about 10, we stop at a gas station, and my mother notices a couple getting out of a gray coupe: “Arthur Miller and Marilyn Monroe!” she whispers. “Who?” Was it they? I’ll never know. 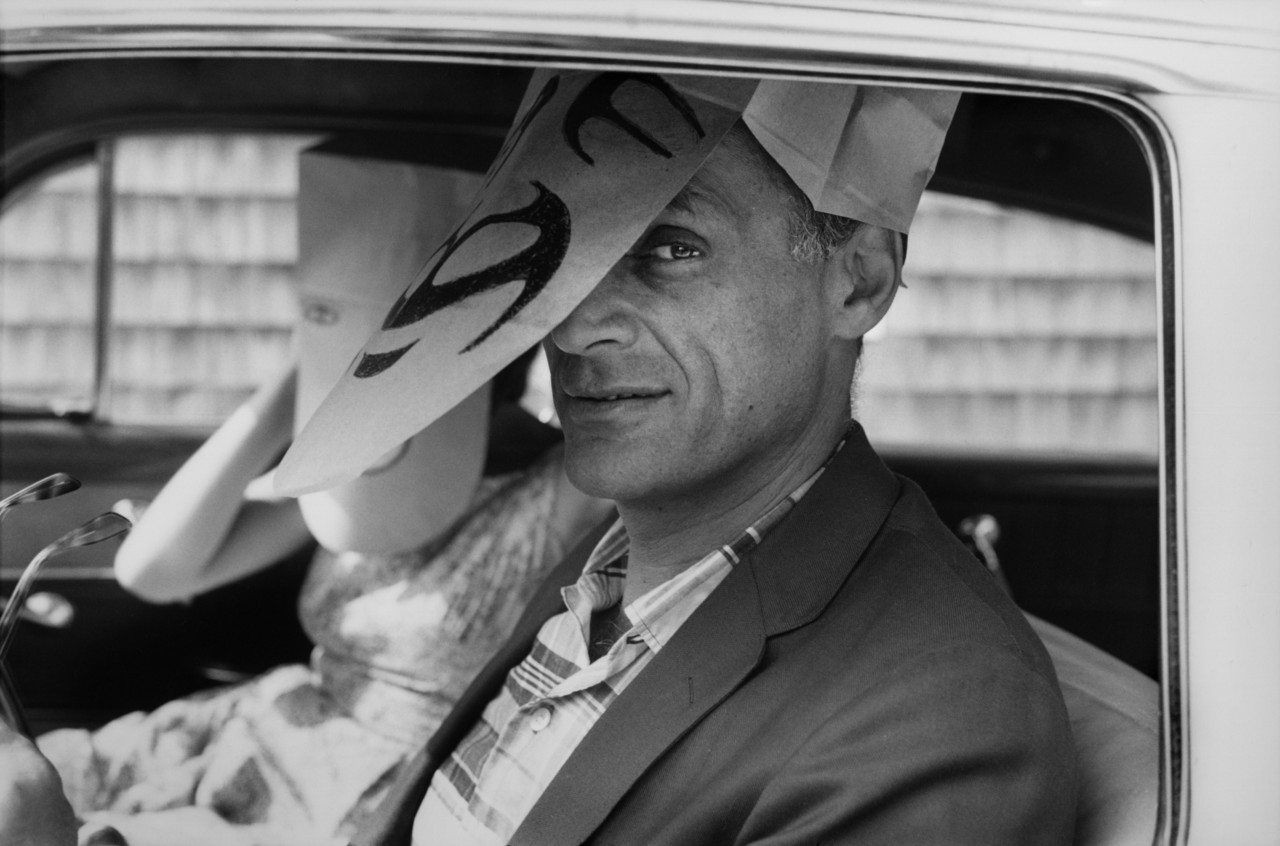 The next time I glimpsed Arthur was at the garage near the Chelsea Hotel, where I lived in late 1969 and where he and Inge had a pied a terre.  He was wearing a gray suit, beautifully cut as always: the legacy of his father. Isadore Miller had been a coat manufacturer before the Depression wiped him out and the family left Central Park North’s luxury for a modest life in Brooklyn. “I can sew, you know,” Arthur once told me, launching into a story of himself as a boy, lending a hand at his father’s factory. He became perhaps the most photographed writer of the 20th century. Death of a Salesman (1949) brought him fame, which intensified when he divorced to marry a world-famous movie star and sex symbol. Salesman brought high-toned portraits and Marilyn Monroe brought the flashbulbs of paparazzi, but with marriage to Inge Morath came not only her observant camera but the lifelong company of Magnum photographers. 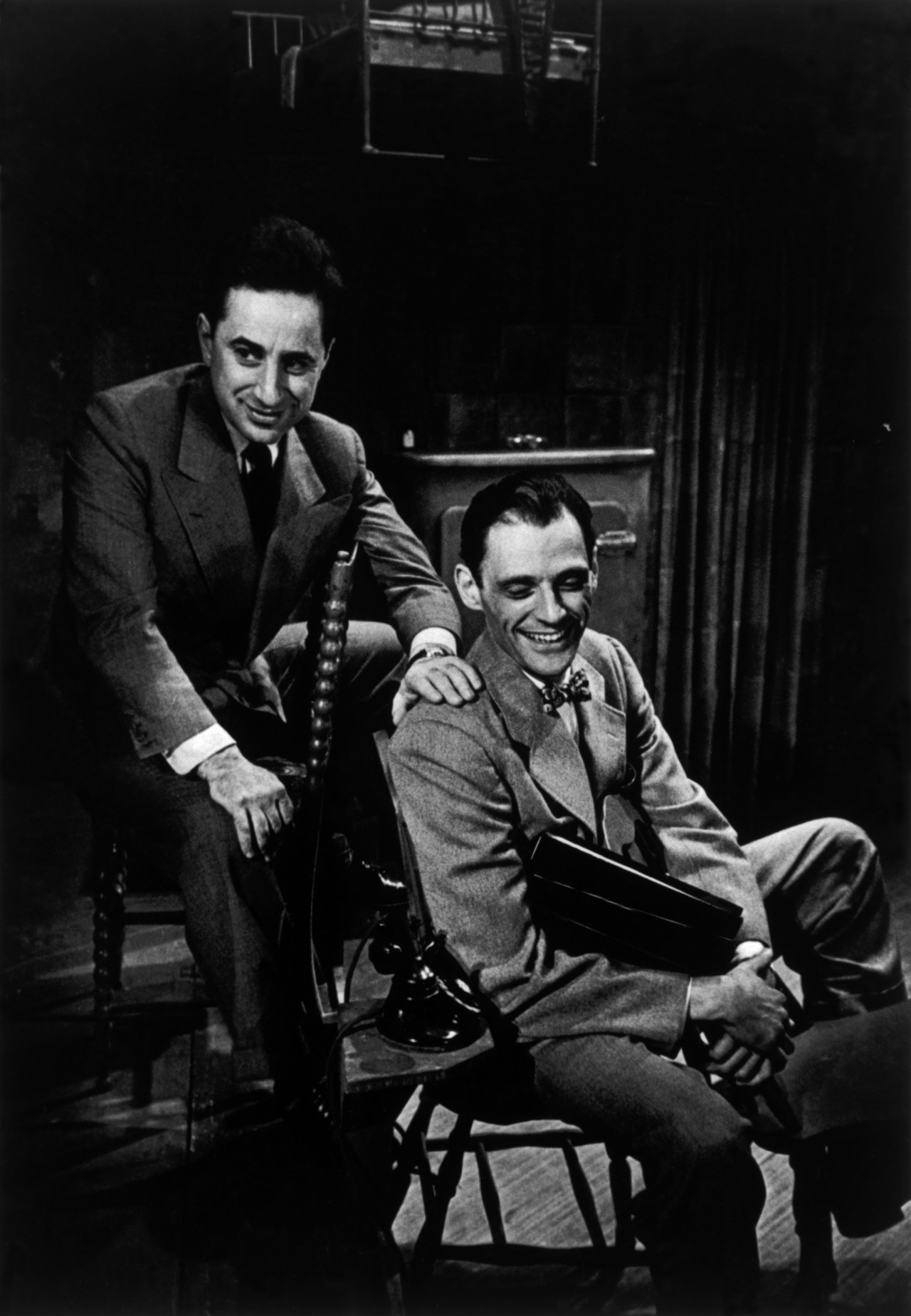 The photographed life of Arthur Miller began in Nevada during the filming of The Misfits. He’d written the script for Marilyn; she’d begged him to create a part for her that went beyond tight skirts and decolletage. He would have done anything for her then, he told me one evening. He believed in her talent and intelligence, and he wanted to save their fraying marriage.

The director was John Huston, legendary for The Maltese Falcon, The Treasure of the Sierra Madre, Key Largo, and Marilyn’s breakout film, The Asphalt Jungle (1950). Typically, one photographer works a film set, but The Misfits was no ordinary movie; its starry cast included Marilyn, Clark Gable, Montgomery Clift, Thelma Ritter and Eli Wallach. To document the shooting, Huston invited all of Magnum. 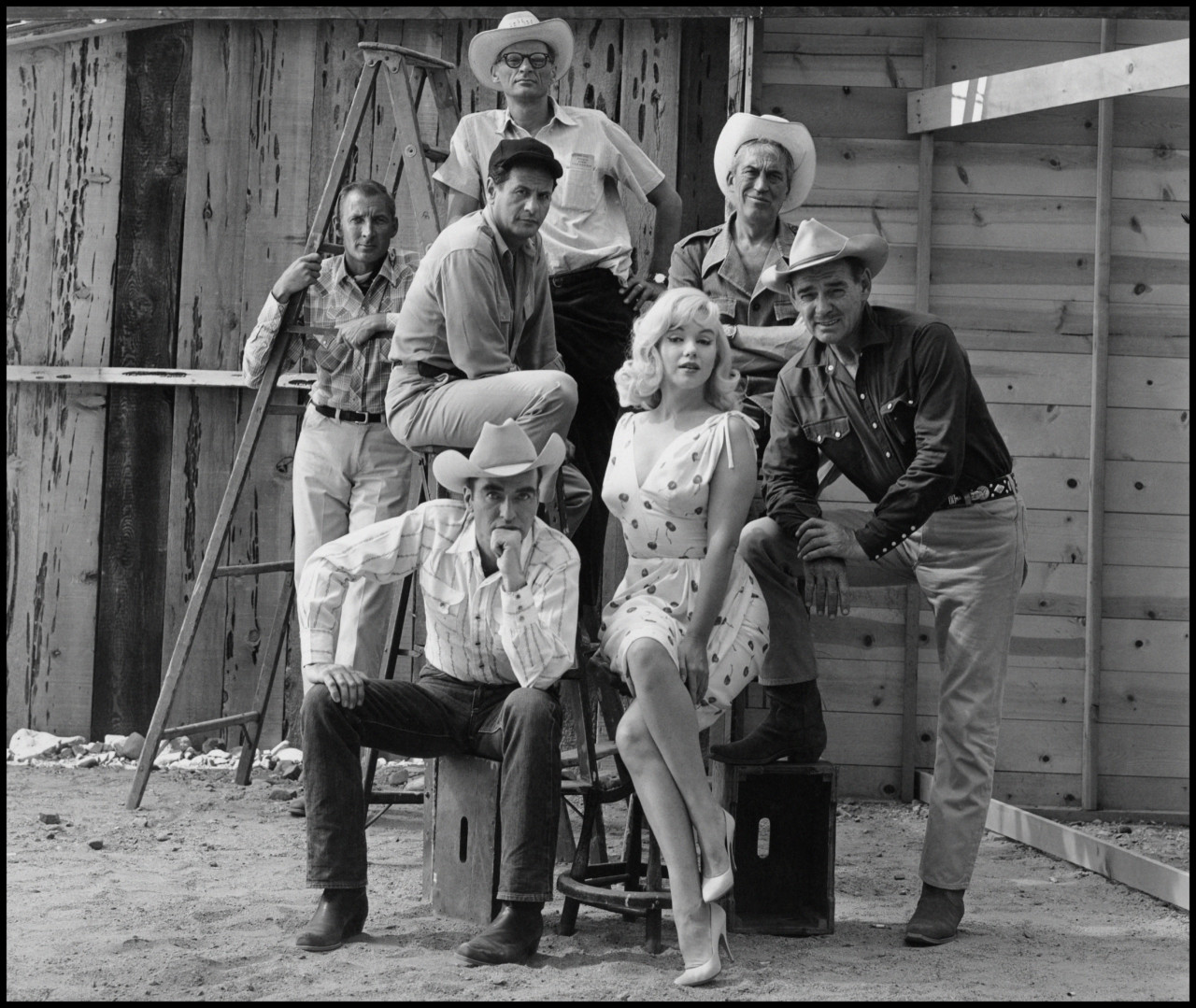 Working in Paris as a team, Inge and photographer Ernst Haas had been invited to join Magnum in 1949. By the time of The Misfits, Inge had been a photojournalist for a decade, notably photographing in Iran in 1956. Huston’s Moulin Rouge (1952) had been her first film. “She has the rare ability to penetrate beyond surfaces and reveal what makes her subjects tick,” the director wrote.” By the time she and Cartier Bresson rented a car and set out across America, Huston was an old friend.  Twenty-five years later when Inge told me about the trip, the bad food en route was still vivid: “How many times can you eat a hamburger?”  Excerpts of her diary and photographs of the cross-country trip are collected  in The Road to Reno. 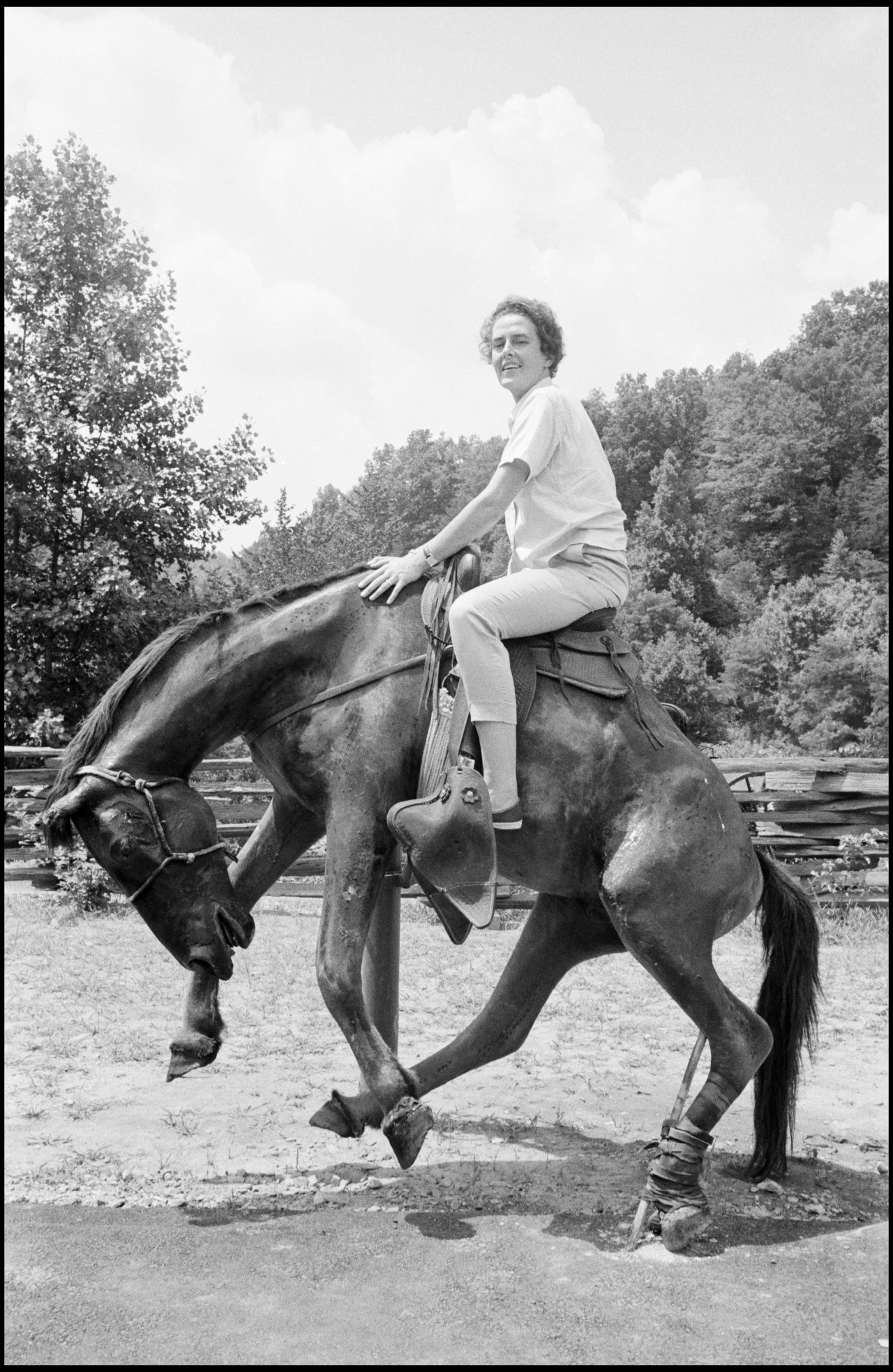 By all accounts the Misfits shoot was quite a party. 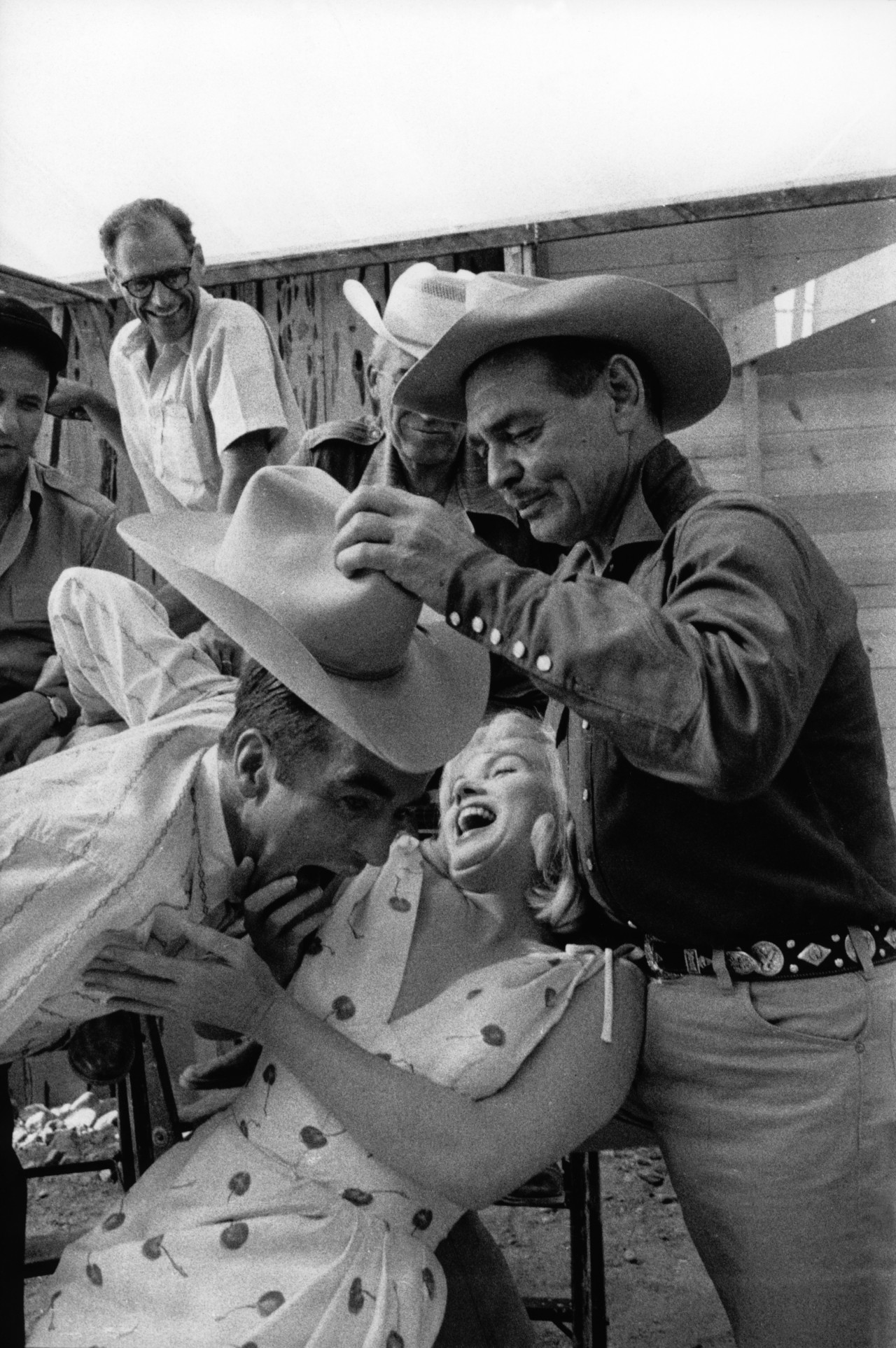 I had thought that Arthur first saw Inge swimming. I now realize the story was a famous one he repeated, of a feat she performed before he met her – the actor Audie Murphy had capsized a boat on a lake in Mexico and seeing him flailing, Inge dove in and pulled him to shore by her bra strap.

As for Inge’s first sighting of Arthur: When I asked, she said she never imagined becoming involved with him during The Misfits, but one day in the early 2000s I was with her, leafing through a book of her photographs when we came across this: 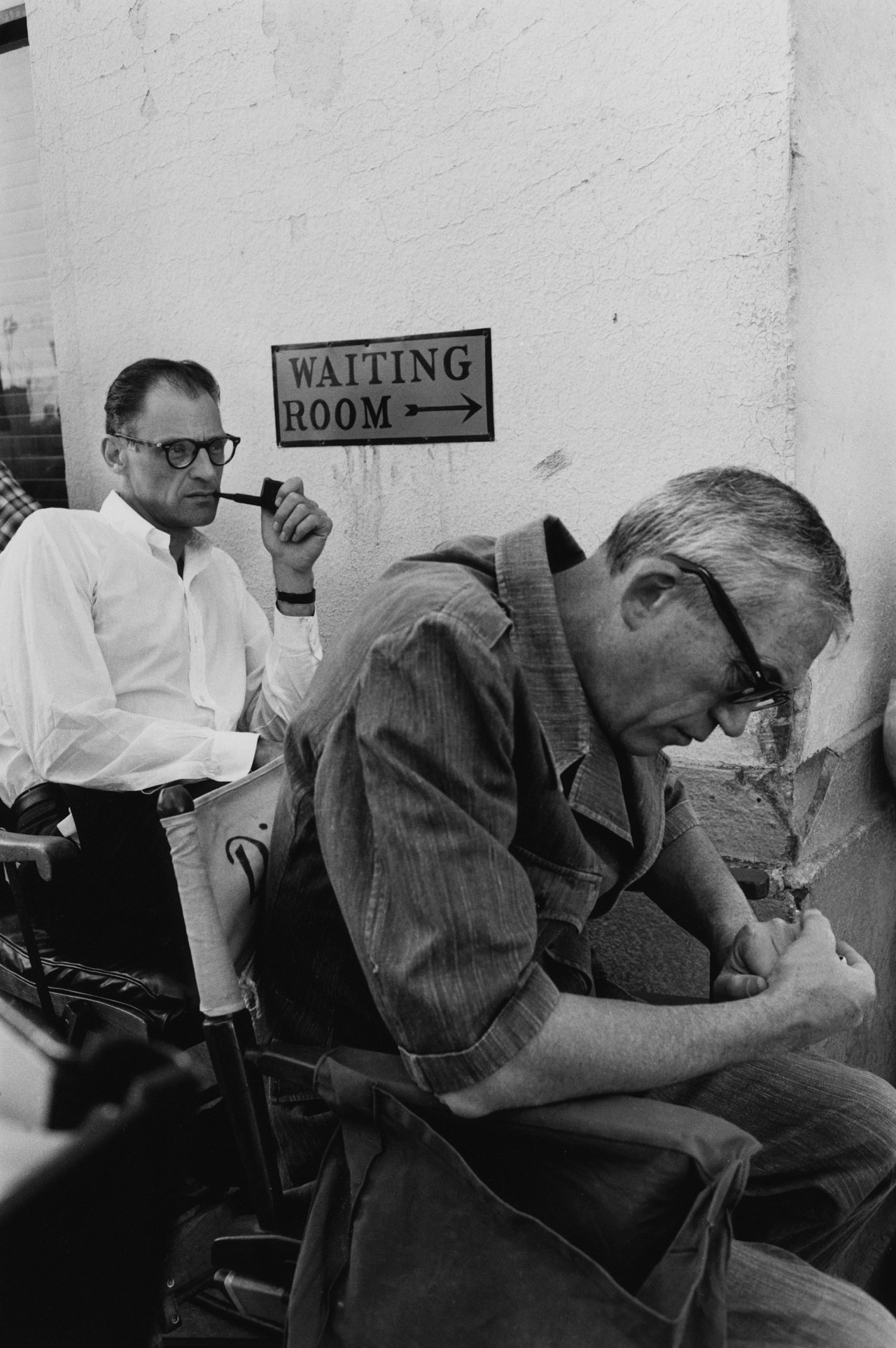 Preternaturally observant and always interested in the subtleties of relationship, she set her attention on the poignancy of the  relationship of the writer and the star. “There was nothing  I could do,” I remember Arthur telling me of his marriage then.  Inge’s photograph of the couple in their hotel room transcends that man and that woman, to resonate with what would soon become a 1960s archetype – a woman trying to escape the limits of her life, her husband uncomprehending. 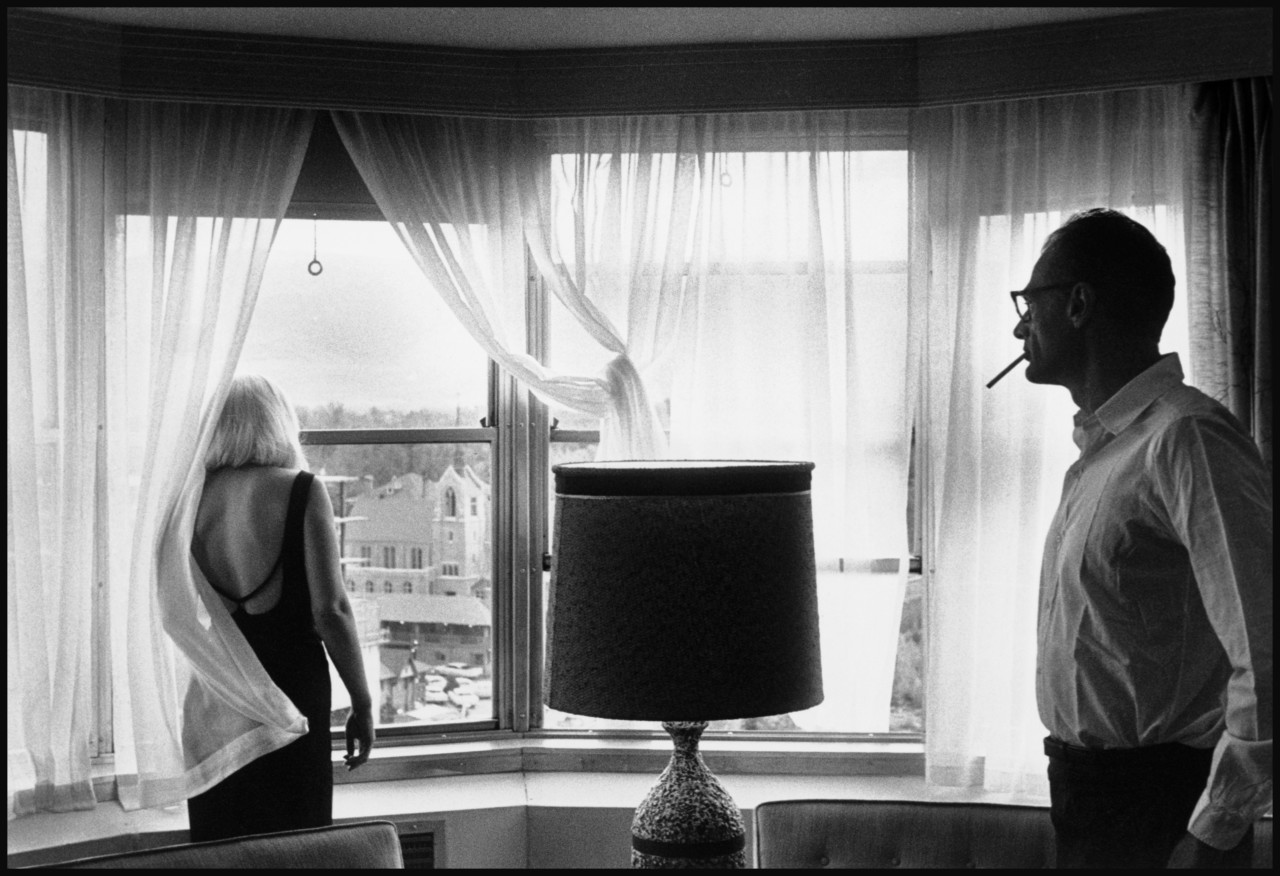 “What was it like,” I asked Inge once, meaning marrying the former husband of an icon.

She and Arthur and I were having supper in the kitchen in Roxbury and our  conversation had turned to Marilyn.  “It was difficult!” she said, throwing up her hands — the leftover glare of movie star celebrity, how in the public eye her husband was still Marilyn’s. But her voice shifted. “Difficult,” she repeated, “but then I had a dream,” which she then recounted, Arthur sitting back, attentive though it’s clear he’s heard it before.

She is in a bar with Mary (Slattery, Arthur’s first wife) and Marilyn: “The three of us are sitting on bar stools, and there is music, and Marilyn gets up to dance, and then I get up too, and we dance together.” Mary does not join them. “After that dream, it was all right,” she says, a look of wonder on her face.

Only now do I make the connection to Inge’s photographs of Marilyn dancing.  It seems to me that her dream came from the same place as those images, empathetic, important, illuminating the privacy of an impossibly public woman, something a woman photographer might uniquely see.

“But where was it that  you and Arthur met again?” I ask, meaning after The Misfits.

“In the New York Magnum office on West 55th Street sometime later,” Arthur said. He remembered that Inge was wearing a raincoat.  They had lunch or a drink and courtship followed. To avoid publicity, they had a modest wedding at the house of a friend in Connecticut, its simplicity captured by the Magnum photographer Dennis Stock.

Once, early on, I asked Inge what had prompted her to marry Arthur, and not one of her host of former lovers: “Darling, when you meet someone you want to live with, then you marry.  I wanted to live with Arthur.” 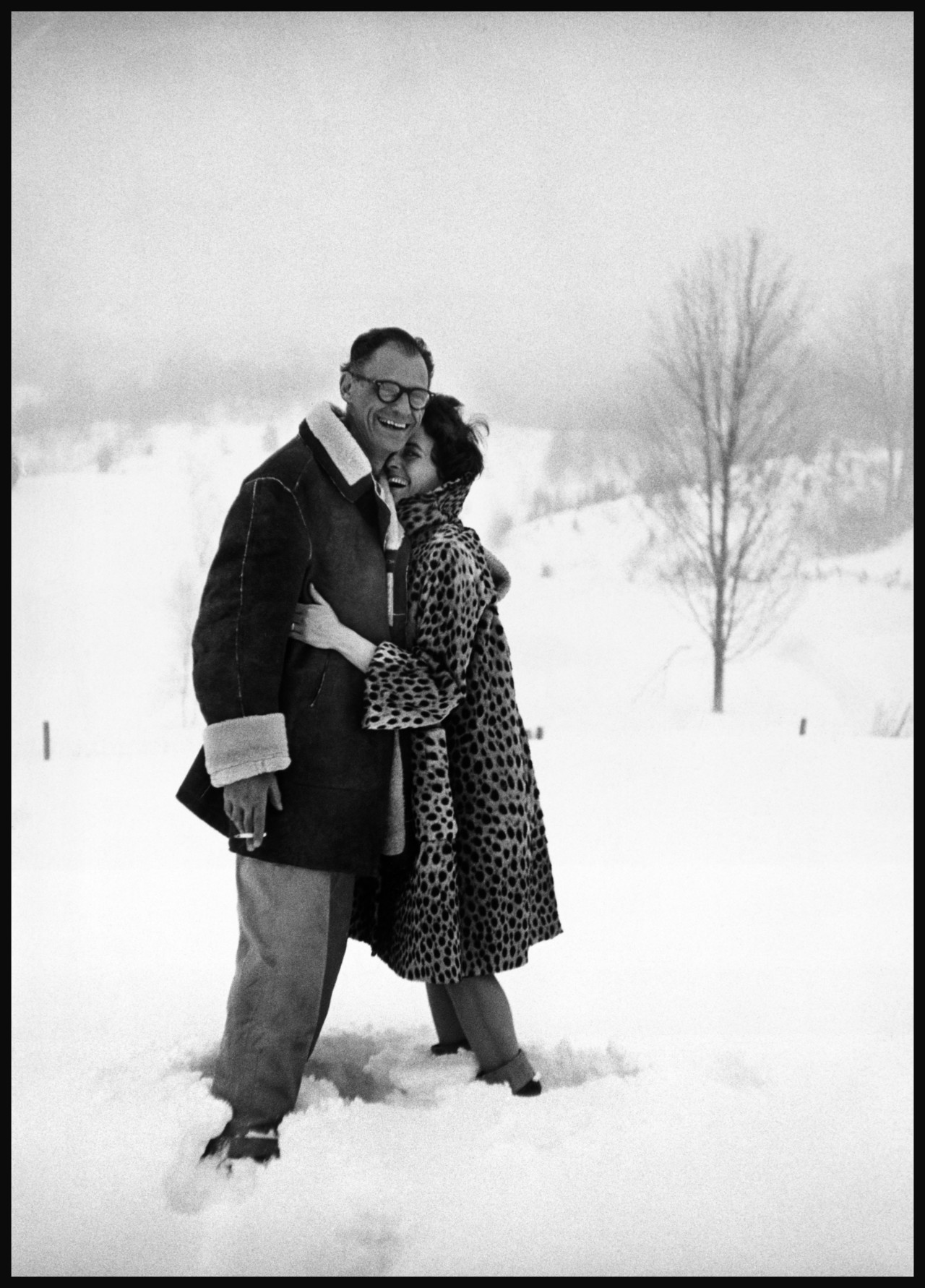 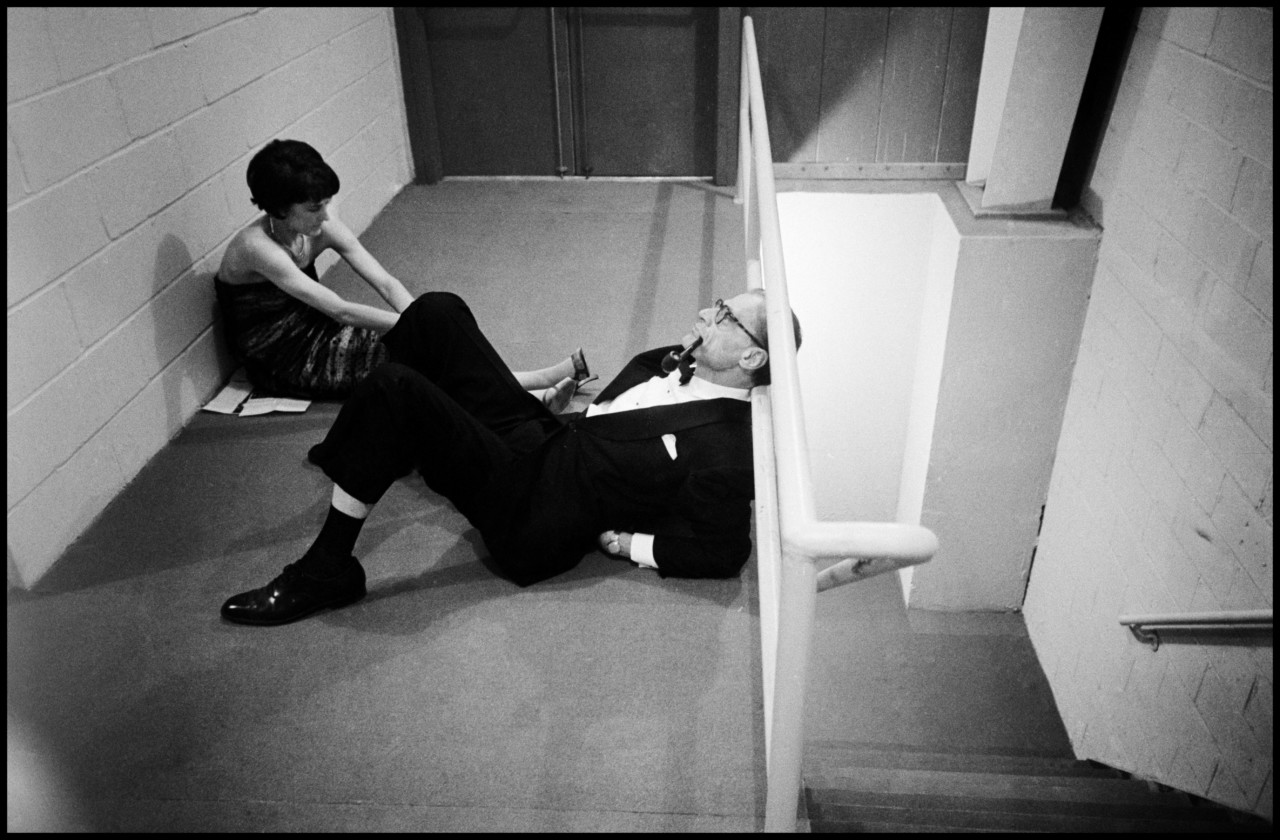 Looking through these photographs, my memory turns black and white. Other images come, of suppers with just the two of them or a friend in the kitchen at Roxbury, or of marvelous enormous dinners Inge put on pretty much single-handedly, on the table that Arthur himself had built.

“You’re a carpenter?” The fact delighted me, as did the disquisition he launched into on the parallels between construction of plays and furniture, which he did in a workshop in the barn, the barn where Inge had her studio and office. 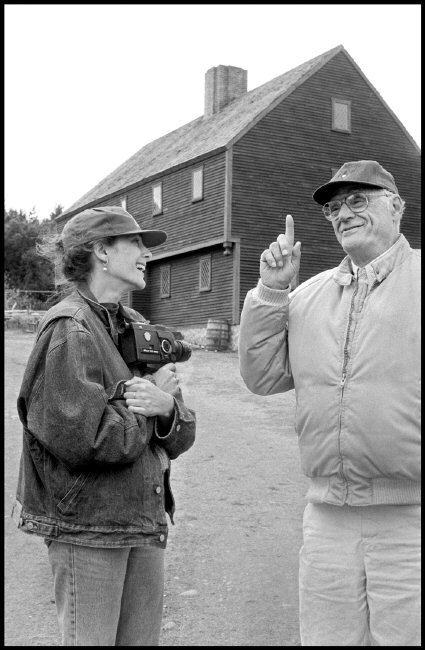 The table, Arthur explained, pointing a finger to the air for emphasis, is the shape of an ellipse, which meant that even if there were 14, its maximum, everyone could see everyone else: “The purpose of a table is conversation.” He’d found cherry wood in the barn, a tree that had fallen on the place before he and Marilyn arrived in 1958.  It was so wide, he told me, the table had no seam.

“Un poulet,” Inge would declare in French,  her second language after German and before Romanian, “because I love you.” And around the table might be Martha Clarke, myself, the director John Tillinger, the activist and former Yale chaplain William Sloan Coffin, the filmmaker Joyce Chopra and her husband the writer Tom Cole.  And Rebecca, maybe friends of hers like Michael Rohatyn, and eventually her husband, Daniel Day-Lewis. 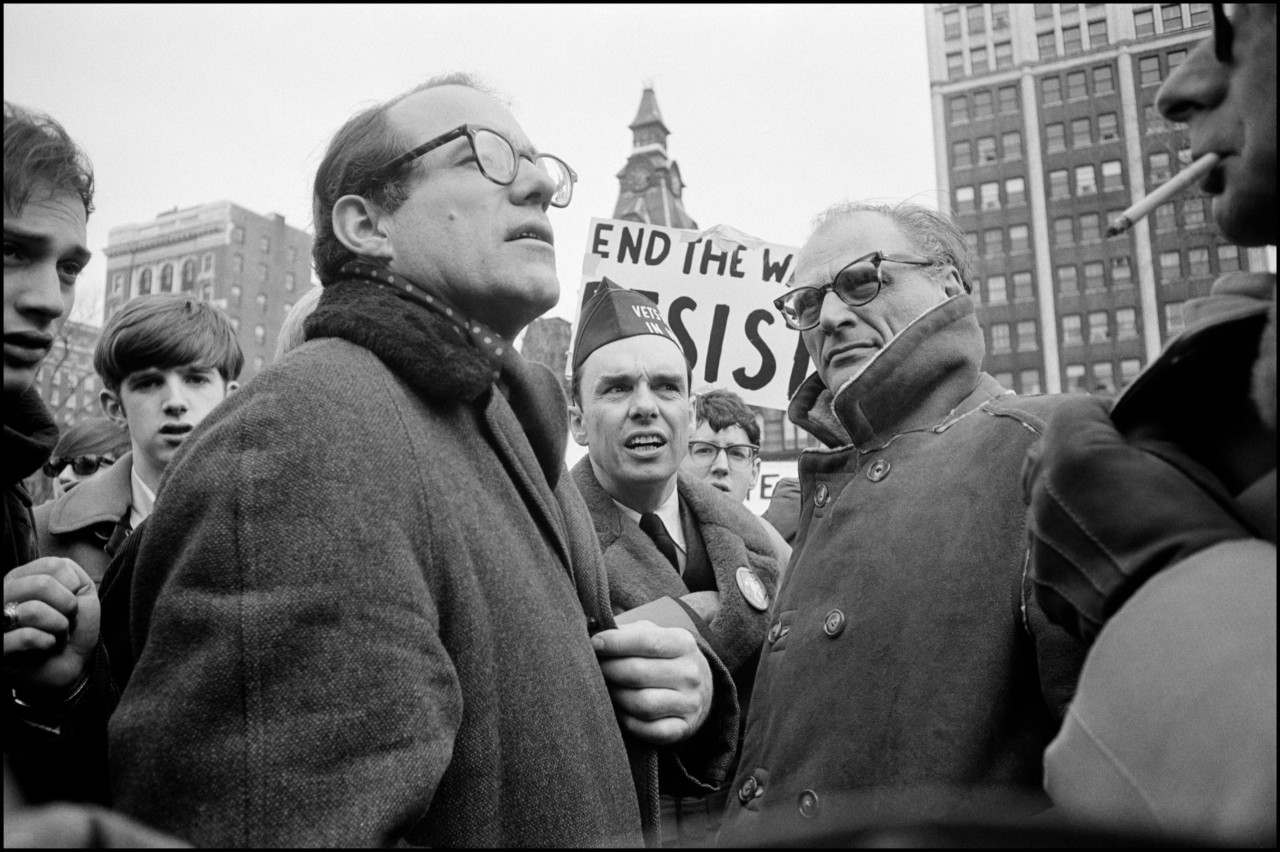 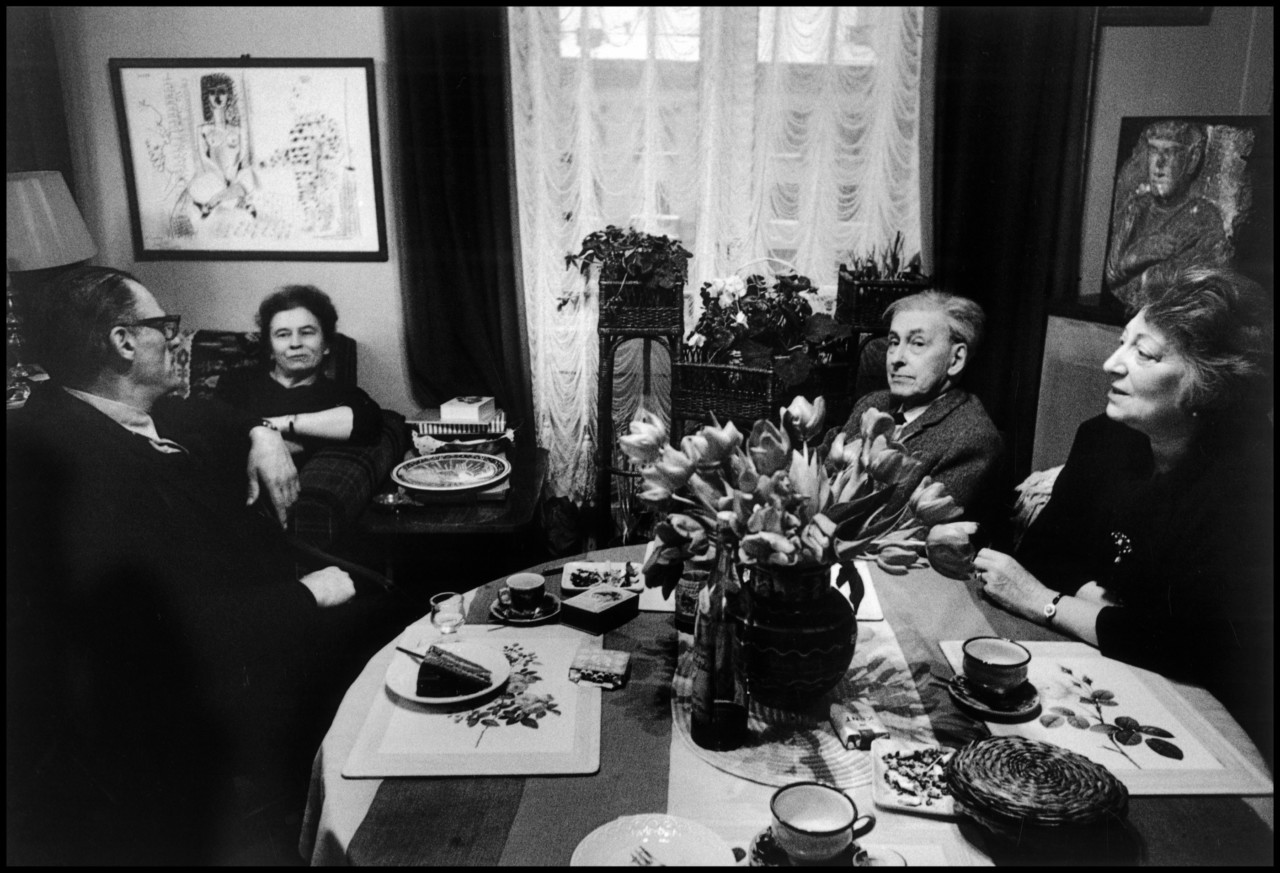 I remember a summer night after the fall of the Soviet Union, everyone at dinner marveling at the new world, Inge having photographed so many of the dissidents who had agitated and sacrificed for the change, portraits that appear in one of her collaborations with Arthur, the book In Russia (1969).  I remember a Chinese writer in exile after Tiananmen, with her daughter, a student at Wesleyan, Inge speaking Mandarin with them. 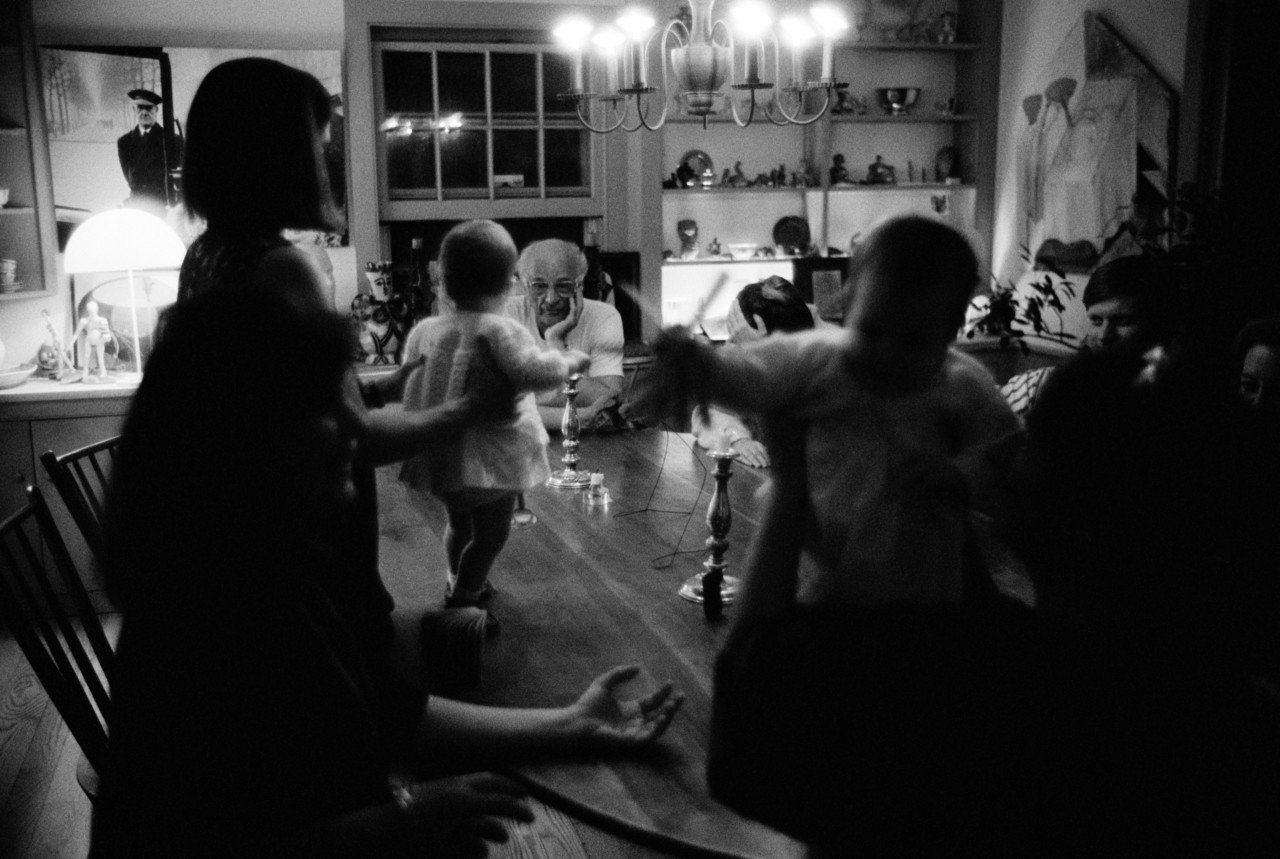 There are dinners I might remember even without Inge’s photographs, like the summer night my sister and brother-in-law came  along with their eleven month old twin daughters, who walk for the first time on the table after dessert is cleared. In the photograph Inge took, Arthur is gazing at them, at all of us, from where he sits, as always, at the head of the table.

Honor Moore’s most recent book is Our Revolution: A Mother and Daughter at Midcentury. The poems quoted here are from her collection Red Shoes (2005), which contains a sequence of elegies for Inge Morath. 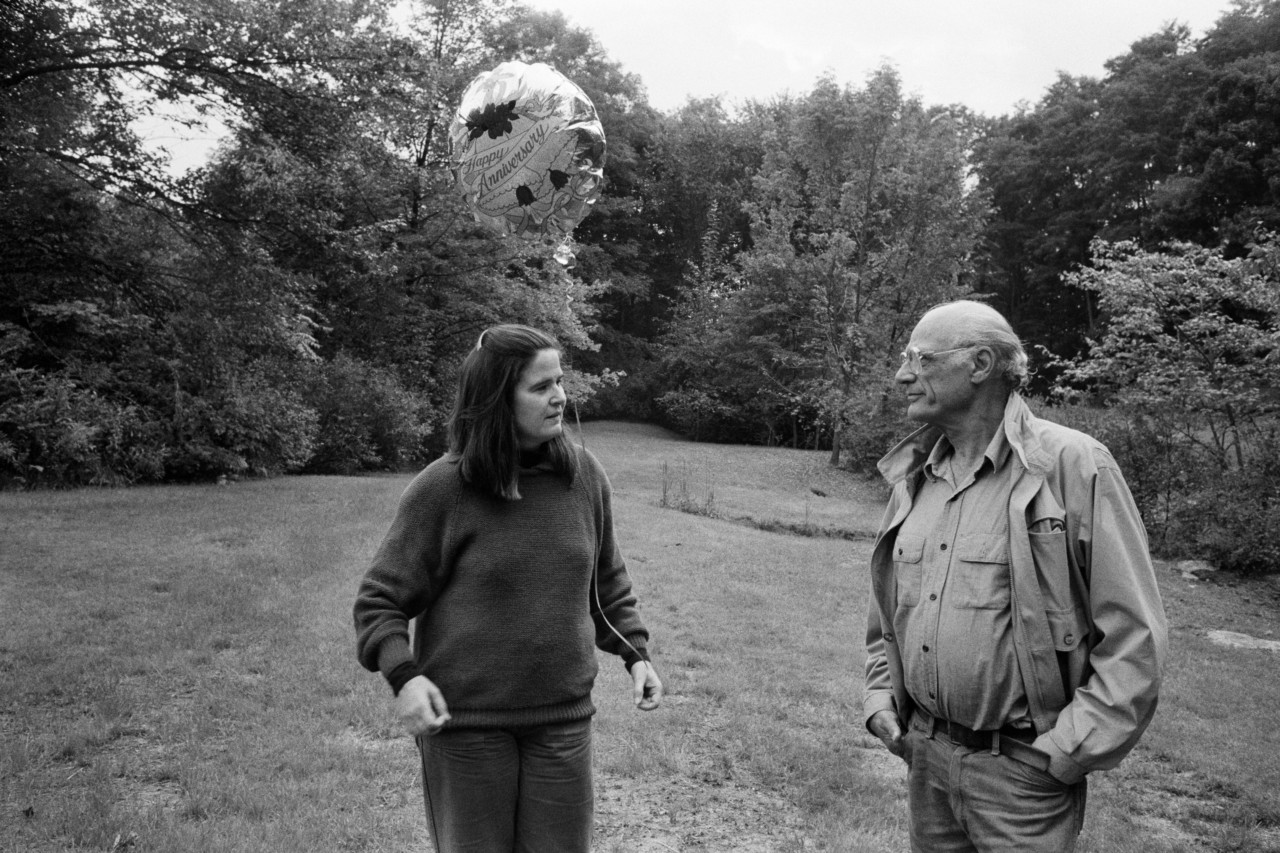