Ahead of 2018's Creative Documentary & Photojournalism course in Paris, developed in partnership between Magnum Photos and Spéos Photo and Video School, we hear photographer Patrick Zachmann's thoughts on teaching, and look at the work of three alumni 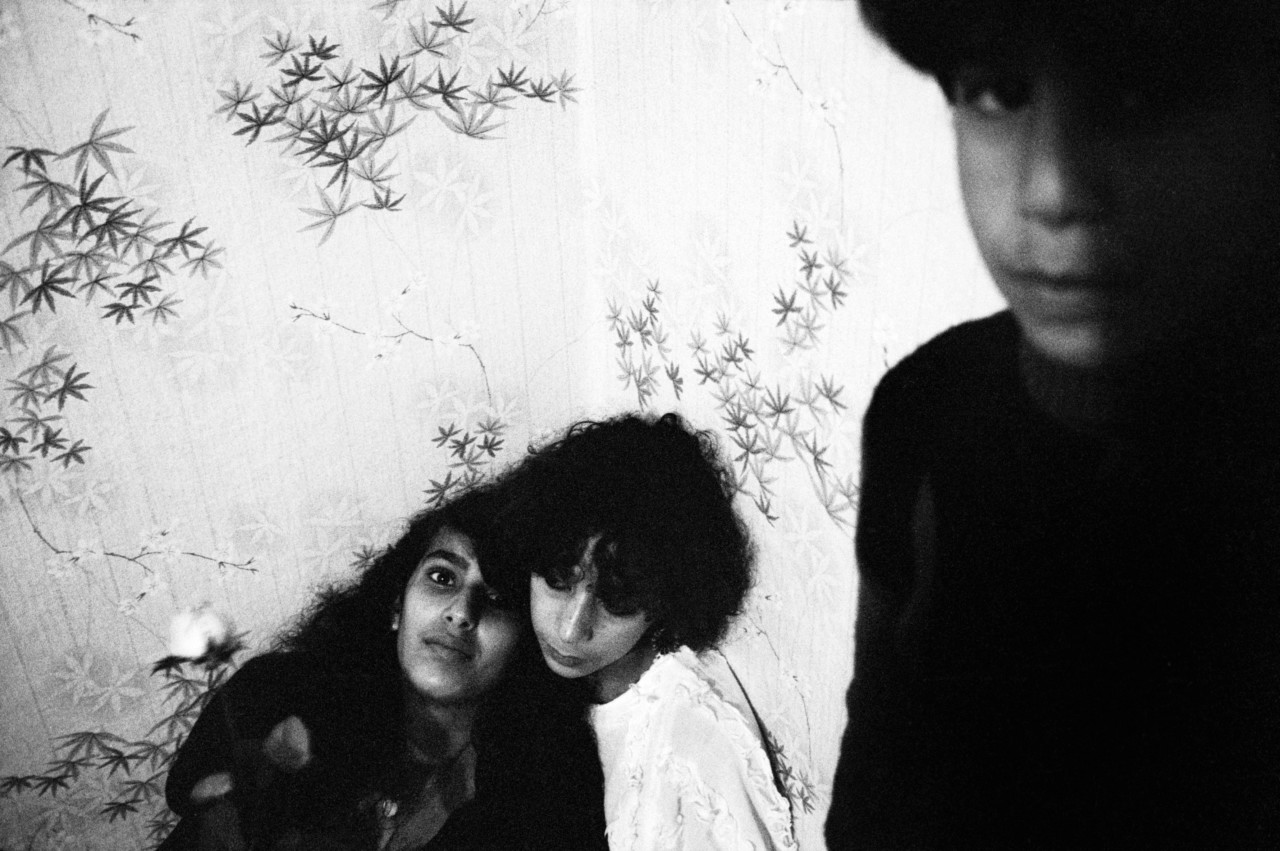 September will see the start of 2018’s one-year program in Documentary and Photojournalism in Paris. The accredited course runs until July 2019, and is delivered by Spéos Photo and Video School alongside photographers and staff from Magnum Photos, with much of the course taught within Magnum’s Paris office. The intensive course is aimed at providing students with the historical and contextual framework required to develop and engage in critical thinking about documentary photography, as well as providing technical guidance and tutorial support to develop students’ individual documentary practices.

In advance of this year’s course, we look at the work of three previous students and share their impressions of the program, as well as the thoughts of Magnum photographer Patrick Zachmann, one of the program’s teachers. 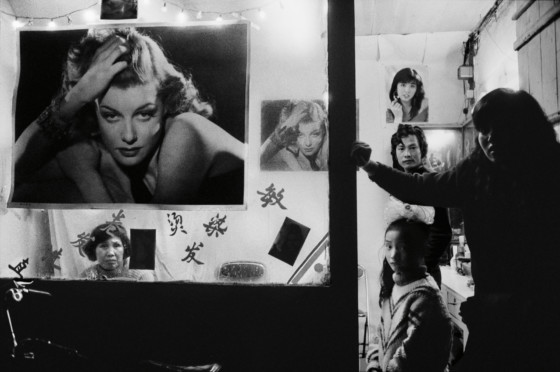 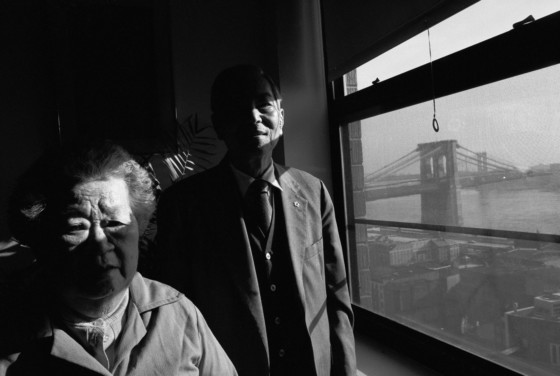 “Photography is about transmission. We photographers document the world and the human being, including oneself. We register emotions, simple moments of daily life as well as historical events. And we transmit these images, these feelings to the public through photographs, exhibitions, books, social media.

I think we also have the responsibility to transmit our knowledge and experience to photographers who want to become professionals, or to improve their skills in order to be able to take their own turn to convey their vision of the world.

It is a real pleasure to teach at the Spéos/Magnum course, to teach others how to find one’s subject and point of view, how to tell a story, to find one’s fitting distance from their subject, to pay attention to the light, to the composition and of course to the content of the pictures. And to teach people to edit, that act of choosing is part of the creative process in art in general.

It’s very encouraging to see the students improving throughout the year and for some of them to start working as professional photographers.” 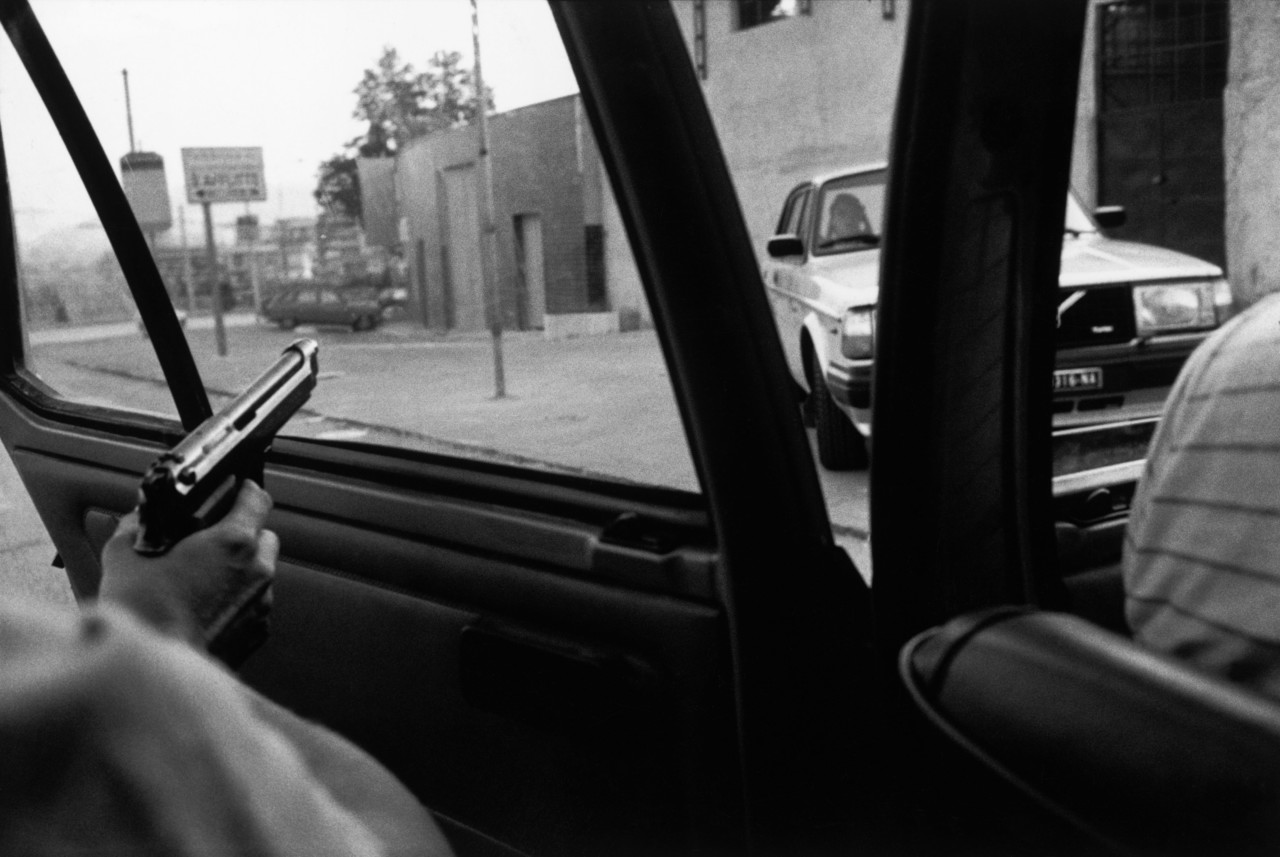 Korean American photographer Cho was part of the inaugural Spéos class of 2015-16. Having studied marine biology as an undergraduate, Cho had felt herself drawn toward photography since her aunt gifted her a box of photos of her youth. Taking what she calls a ‘leap of faith’, she enrolled in the course and found herself being taught by Magnum greats, “Abbas taught me how to edit and has given me enough inspiration for a lifetime, Patrick Zachmann taught me how to use light, Richard Kalvar taught me how to enjoy photography, Moises Saman taught me how to be free in my expression, Stuart Franklin taught me composition and how to use color.”

Now a professional photographer, regularly travelling on assignment, Cho still takes photos which she sees as an extension of the assignment set to the class by Stuart Franklin, “My project was about capturing “fermata” or a pause. When I look at Koudelka’s photos, I feel as if I’ve been punched in the stomach. It’s breathtaking. I wanted to capture moments that took my breath away. I still take photos for that project whenever I can…”

The images shown here are from Cho’s personal work, taken while on assignments, ‘I personally love to shoot slow, so I try to take at least one photo for myself when I am on an assignment somewhere.’

In summary, it was the variety of perspectives and influences which Cho valued on the Spéos course, “The workshops with the photographers were so important to me and my education because they showed me that the medium of photography comes in so many different flavors.” 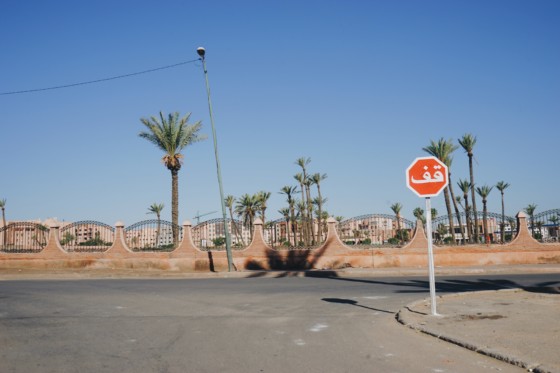 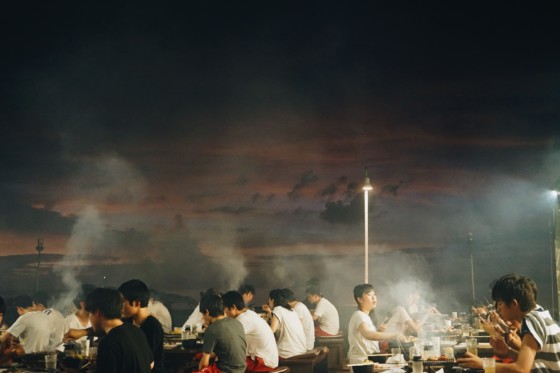 DelGiudice came to the Spéos course, in fall of 2016, having become engrossed in the history and culture of photojournalism and looking to progress from photographing night-life in Miami to telling more meaningful stories about the world around him.

Though passionate about photography, DelGiudice felt that he needed help in harnessing his interest and focusing his outlook. On the course he and the other students were assigned the brief of covering ‘The Youth in Europe’. DelGiudice focused on aspiring rappers in the Parisian suburbs, “I wanted to explore what was universal and what was unique to those involved, a generation younger than me on a different continent”.

Taught by Stuart Franklin, Susan Meiselas, and Patrick Zachmann among others, it was the variety of focus, and importance of diligence that made its mark on him, “Some [courses] focused on theory and history, while others might focus on the business of photography, many were on practice and involved short term assignments, but all most importantly involved a healthy dose of thoughtful and honest – at times perhaps brutally honest – critique, which proved to be paramount in improving my work.”

A more solidified outlook on photography was a key take-away from the masterclass. “I think the biggest overarching theme I took from all the photographers was the focus on the story. While learning to photograph I’d always try to think about how to make each picture look as good as I could, but I didn’t really think about the relationship between pictures and how to make a story from them, which is absolutely vital. “

DelGiudice’s work from ‘The Youth in Europe’ assignment was exhibited at the Triennal of Photography in Hamburg and the Lumix Festival in Hannover. He recently returned from Mexico where he was photographing the indigenous families and communities involved in mezcal production in various villages in the mountains of Oaxaca. 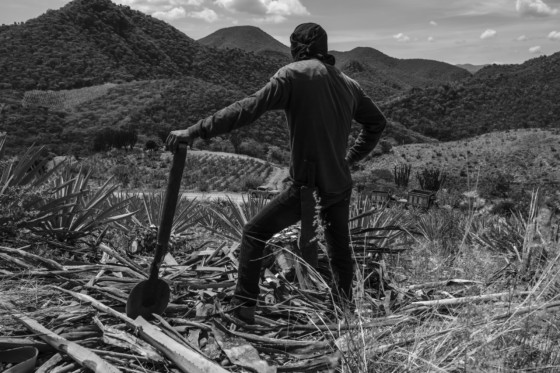 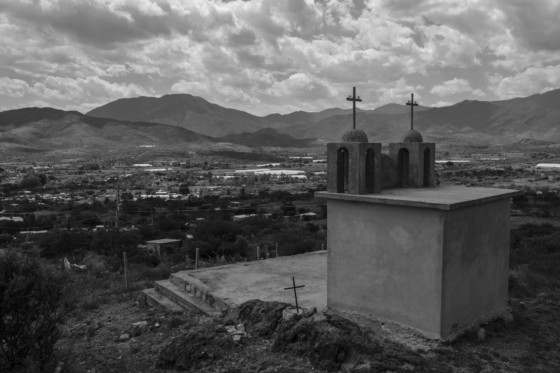 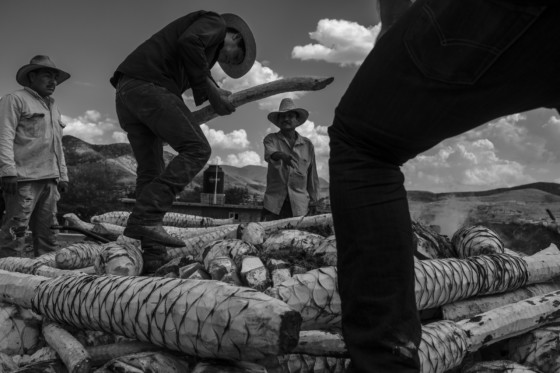 After studying art in her native Greece, Thomaidi earned a master’s degree in Art Production & Research from the Universitat de Barcelona. She recently graduated from the course, having submitted her application in the summer of 2017.

Coming to photography originally from the context of art and design, Thomaidi attended a variety of workshops and classes from 2015 onward, before she decided to commit to a full year’s study of the medium. “I wanted to focus on creative documentary and storytelling, I was interested in social issues and when I discovered this program I thought there was no better option than studying intensively, with Magnum and Spéos, in Paris.”

The exposure to both photographers and staff from Magnum over the year offered a broad variety of input, feedback, and experiences to the students. During her time on the course Thomaidi undertook a project on the activist community of the ZAD of Notre Dame des Landes in southwest France. “I had a short time to get in touch with some members of the community and get a glimpse of their daily activities before a large-scale eviction operation started on April 9th, 2018, comprising 2,500 gendarmes, armoured cars, drones and helicopters.”

Thomaidi felt that her, and other students’ work was well supported by Spéos teachers and Magnum photographers on the course, and that they, “took the time to look closely at each one of the students’ work, and our communication was always very human; with this I mean smooth, kind and personal – exceeding any expectations.”

“During the whole year we were encouraged to defend our personal point of view, to insist on the work, to believe in what we are doing and to find ways to overcome difficulties. Last but not least, one of the important things we learnt is to be organized, clear and kind when communicating.” 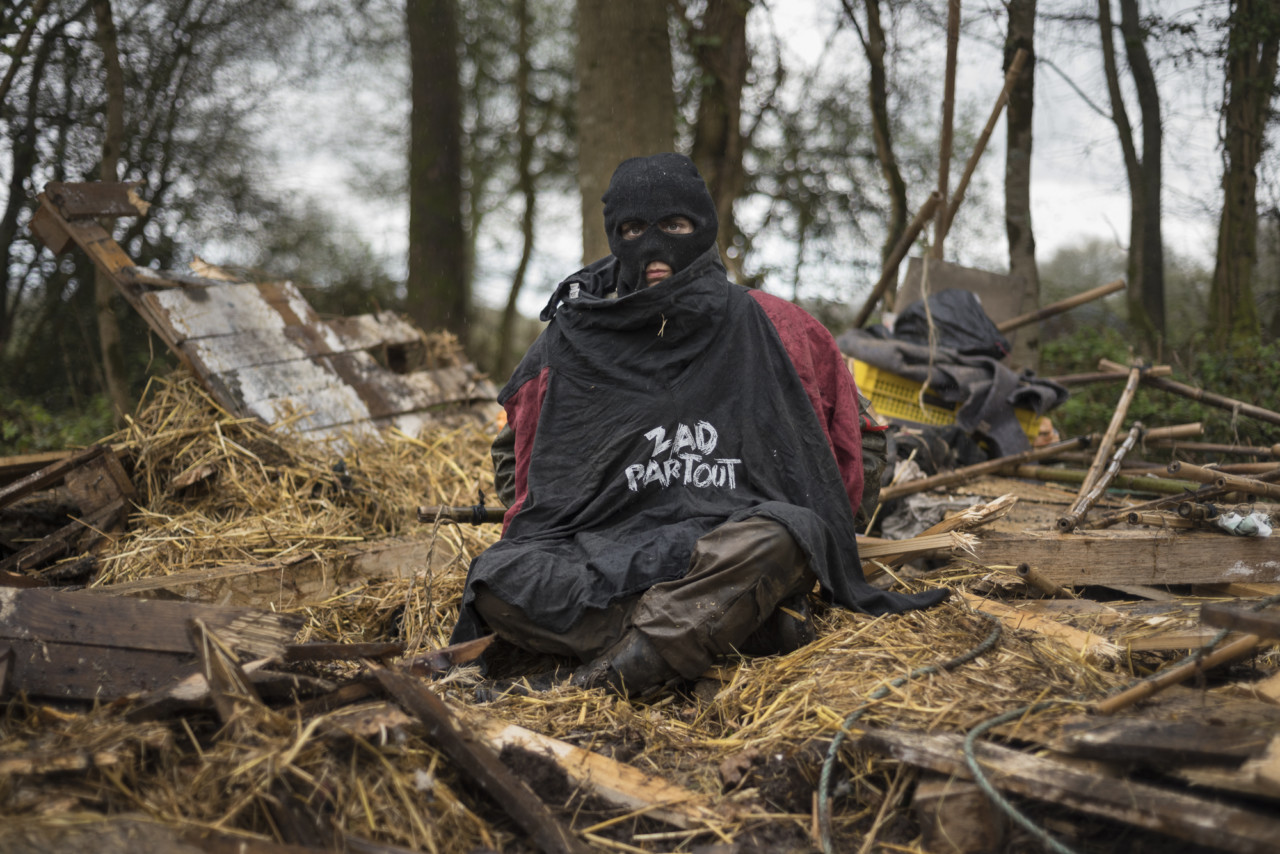 More information on the forthcoming one year course in Creative Documentary and Photojournalism can be found here.