Arnold's grandson explores her writings on the making of the famed image, and shares previously unseen contact sheets from the Nevada set of The Misfits 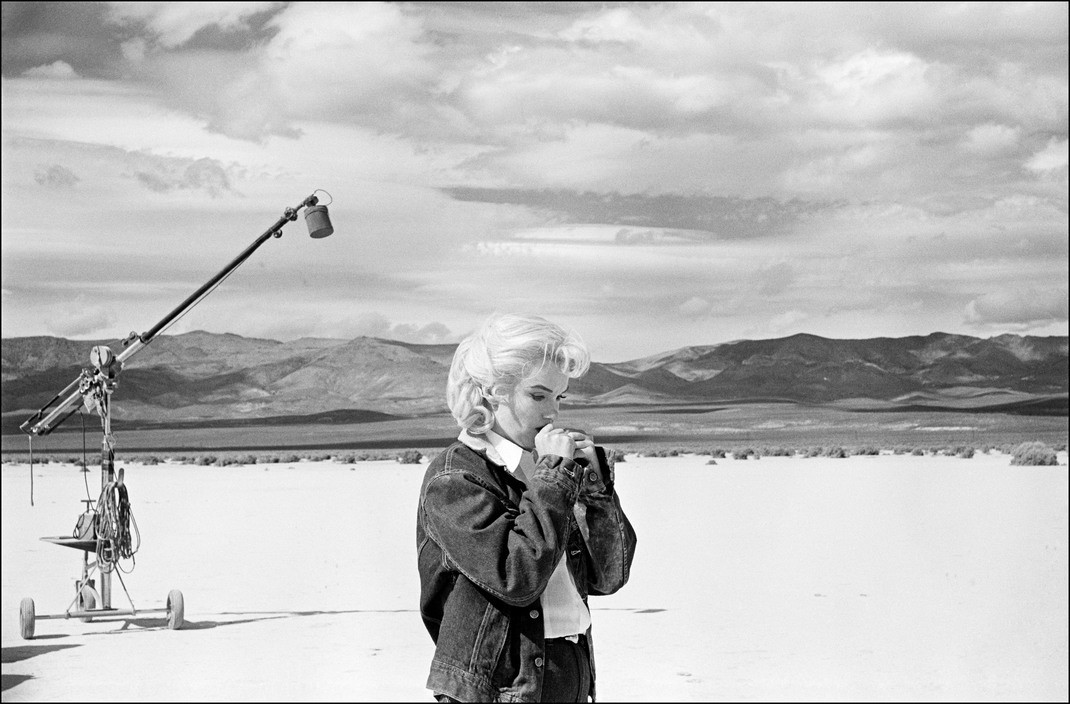 Eve Arnold Marilyn Monroe in the Nevada desert going over her lines for a difficult scene she is about to play with Clarke Gable in the film 'The Misfits' by John Huston. Nevada, USA. 1960. © Eve Arnold | Magnum Photos

Below, Michael Arnold – grandson of Eve Arnold, and a representative of the Eve Arnold Estate – writes about the making of the (above) famed image of a concerned Marilyn Monroe, seemingly isolated on the set of The Misfits. Offering personal insight and archival context on the star’s troubled time on set, he also shares previously unseen contact sheet images from the work Arnold made during the film’s production.

The image itself is available as a fine print on the Magnum Shop, as is the contact sheet discussed below. 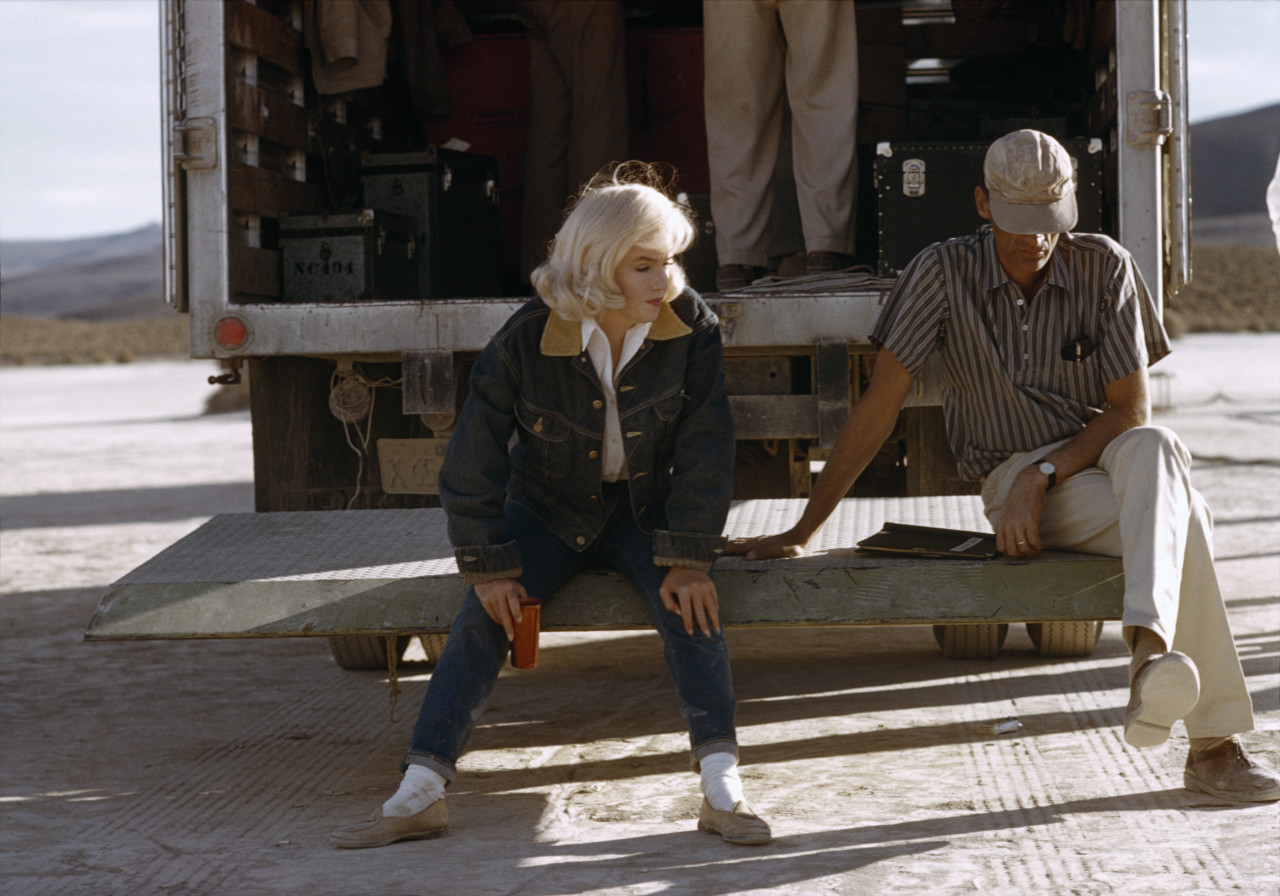 As a photographer, Eve Arnold was known for getting beneath the surface of her subjects, for capturing something of the real person hidden behind the persona.

In this well-known picture, actress Marilyn Monroe is memorizing her lines on the set of the film The Misfits. Monroe found it very difficult to memorize her lines and felt insecure about this. Because of the close bond Eve gained from working with Marilyn over several years she was able to capture the fragility and vulnerability behind her usually confident, and instantly recognizable exterior.

Eve describes this fragility in her book, In Retrospect:

“My most poignant memory of Marilyn is of how distressed, troubled and still radiant she looked when I arrived in Nevada to work on The Misfits. She asked immediately how she looked, and she wanted and needed reassurance. It was four years since we had worked together, and she looked into my eyes for a long moment to make sure she could still trust me. Then she drew her breath, sighed and said, “I’m thirty-four years old. I’ve been dancing for six months [on Let’s Make Love]. I’ve had no rest, I’m exhausted. Where do I go from here?” She was not asking me – she was asking herself. This was less than a year before she died. It occurred to me then that when she had lived with the fantasy of Marilyn that she had created, that fantasy had sustained her, but now the reality had caught up with her and she found it too much to bear.” 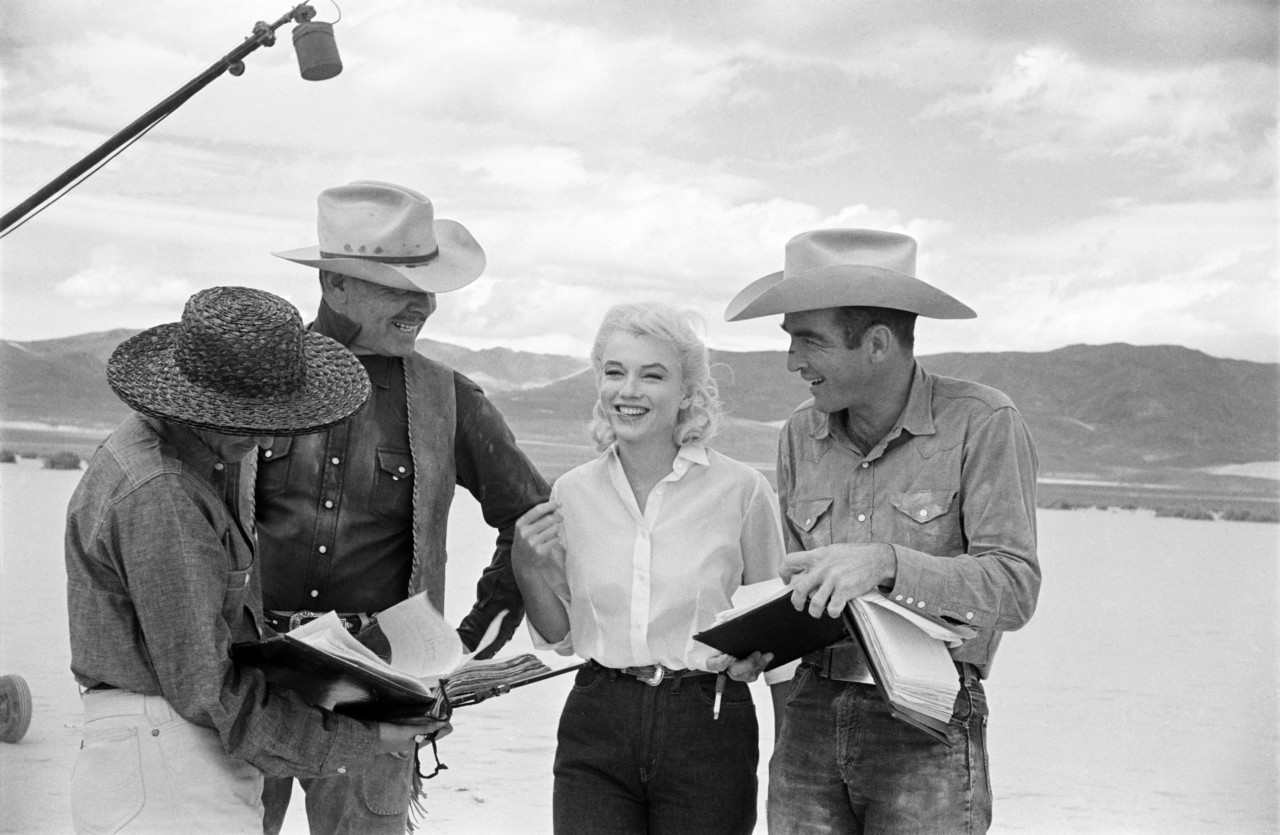 Eve spoke further about the filming of The Misfits in a BBC documentary, Eve and Marilyn:

“…When Arthur [Miller] met Marilyn he then rewrote the story. It then became the basis for the film called The Misfits. It had Clarke Gable in the lead. It had Marilyn as the female lead. It had Montgomery Clift, Ely Wallach. It was meant to be exquisitely made. It was meant to be a small statement but very serious. And it was meant to bring Marilyn forward as a very serious actress. And this was Miller’s valentine to Marilyn. The marriage was already over but what he had wanted to do with it was to give her a gift.

She adored all of it. She loved the attention and she loved these very handsome men. What she didn’t like was the fact that they were all such polished actors. When they kept changing lines they would just reel them off and they would be word-perfect. And she would have difficulty because a) she didn’t have the training, and b) because she was troubled and it was difficult to remember the lines when she was going through a trying time.

She was ill at the time and she was disturbed. She had twice taken an overdose of sleeping tablets. I’m sure by accident because her big enemy was that she couldn’t sleep. And so, nights she would take two pills and then two more pills and then forgetting, she’d wake up and be muzzy, and in the morning she could hardly find her way around.” 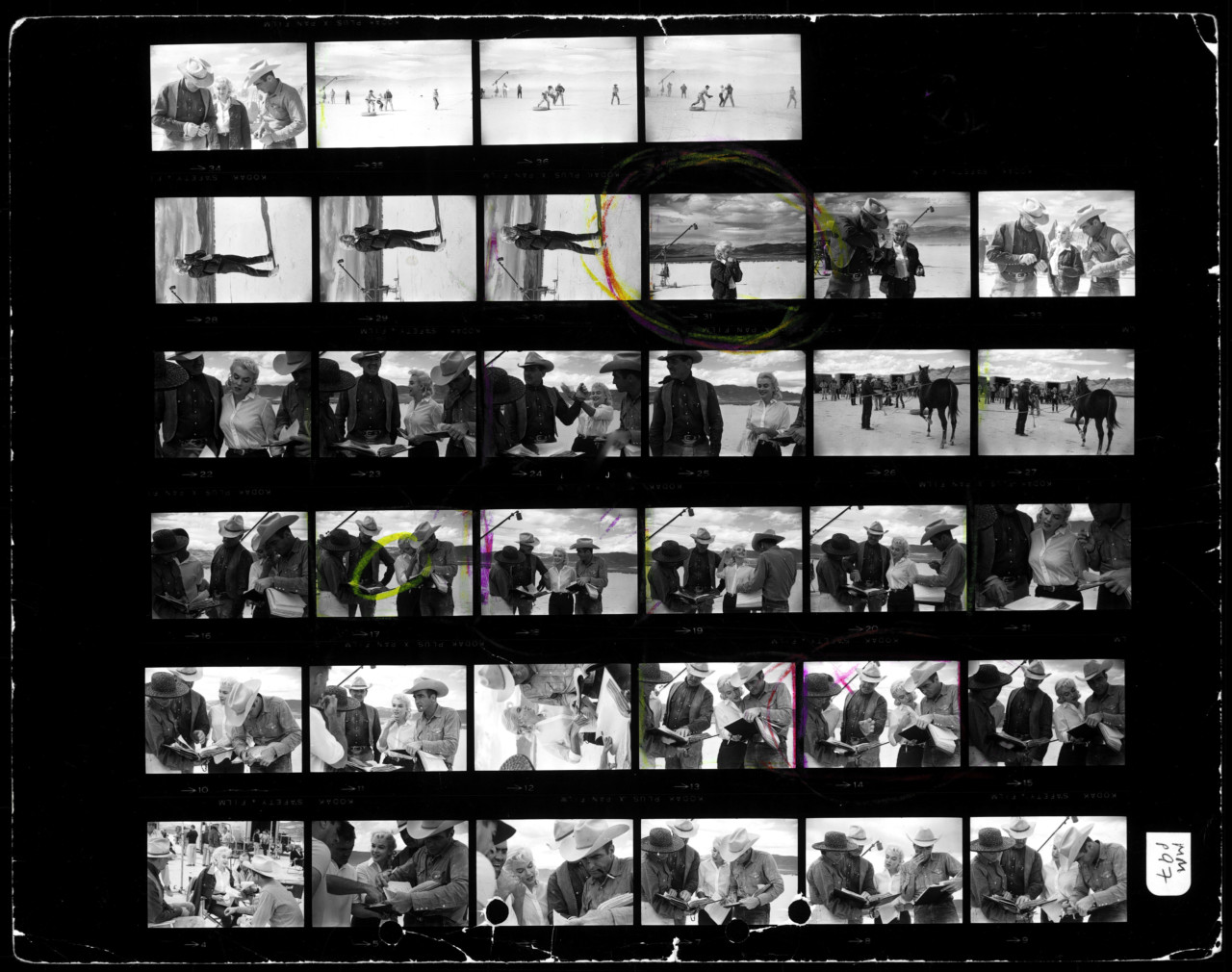 When I was 18, I worked with Eve for a summer as her assistant. By that time we had become very close. As we worked, Eve would lovingly introduce me to the world of photography and to different parts of her vast archive. I remember being particularly drawn to this image of Marilyn in the desert learning her lines. I didn’t know the backstory at the time but there was something mesmerizing about the way the picture was composed. The barren desert in the foreground, ethereal, textured clouds in the sky and this legendary Hollywood star standing under a boom microphone, looking like a little girl, lost in thought. It was no wonder to me that this was one of Eve’s most iconic images.

A few years later I was looking through Eve’s contact sheets and saw the full contact sheet this image was taken from. I was quite taken aback. None of the other images on the sheet looked anything like this one. I had imagined that Eve had set the scene up knowing what she wanted and had taken quite a few images, waiting for the right light and expression on Marilyn’s face. But no, there were only three other images of the same scene, and all of them were in portrait format. Then suddenly, as shown by the contact sheet, Eve had turned her 35mm camera around to use landscape format, and in an instant, the whole composition came together, never to be repeated. In that instant something of the poignancy of Marilyn’s experience on The Misfits was caught on camera.

I recently got the chance to look through Eve’s contact sheets and transparencies from The Misfits again. They are currently housed at Yale University’s Beinecke Library and I was there exploring a digitization project which seeks to make more of Eve’s previously unseen images available. Within just a few minutes I found some wonderful images on contact sheets that I had never seen, marked in grease pencil with an “E”, by Eve herself.

You can explore more of these previously unseen images through evearnold.com/unseen-images 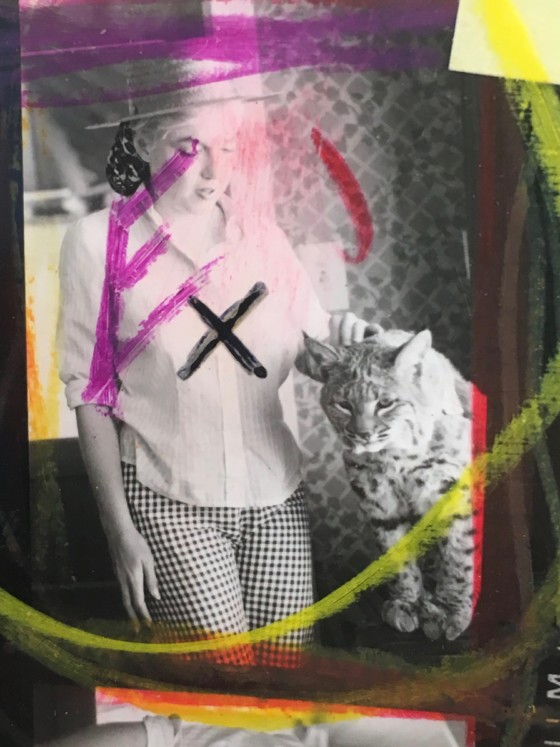 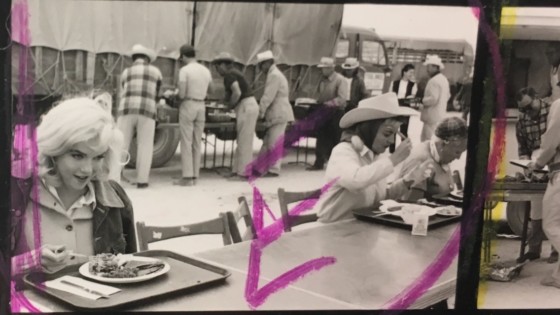