In a preview of his new book of Instagram images, Gueorgui Pinkhassov meditates on photography and social change in the age of social media, his artistic practice and Magnum’s legacy 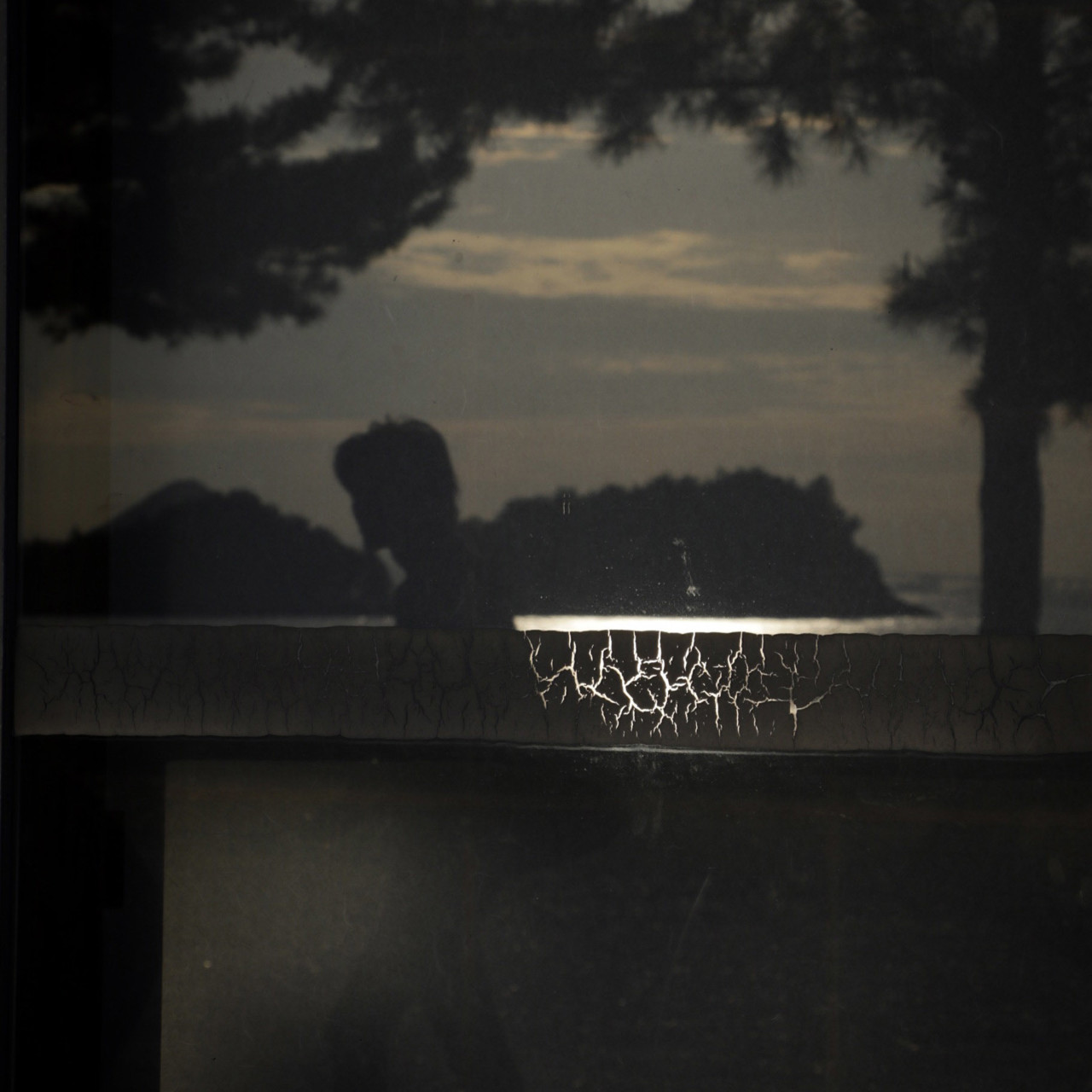 Gueorgui Pinkhassov’s new book, Sophistication Simplification, takes the photographer’s Instagram work as a point of departure, in “an attempt to return images from the virtual world into the usual, material one.”  On the occasion of its release, the Magnum photographer reflects on his practice, the role of the iPhone and the changing of cultural mores prompted by the digital revolution, changes in the media and the role of photography. The collection of “small sketches made on the run—the fruits of a fleeting moment” is available to purchase through his publisher, Sight, here.

"The iPhone is a magical tool. Once you master it, it becomes a continuation of yourself, the instrument of your freedom and integration into the world" 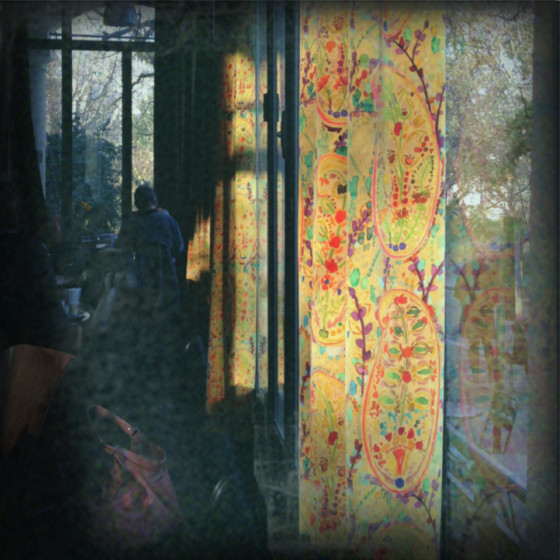 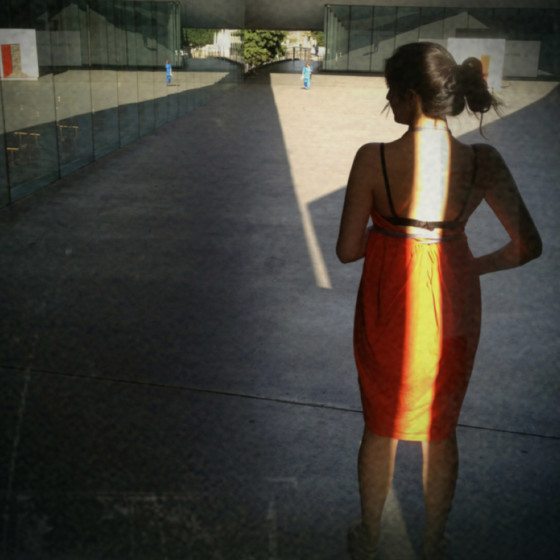 Media are only bearers of information. In the past the only ways to show your work were exhibitions and books. Things are much simpler now. No drama. You simply post the image and you get an instant response from the most unexpected parts of the world. We can like this or not, but it seems to me that this is an enormous reorganization of the communications sphere, comparable perhaps only to the invention of the printing press.

The iPhone is a magical tool. Once you master it, it becomes a continuation of yourself, the instrument of your freedom and integration into the world. You need intermediaries less and less, and thanks to it, you have easier control of your space and time.

We live in this time and this world, and Instagram today is part of that world. I am a professional photographer, but this is beyond profession, beyond commerce, here I enjoy the opportunity to be an amateur. It’s Zen. 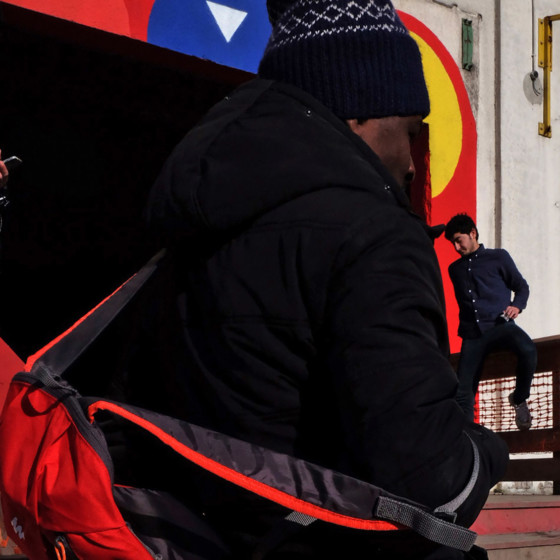 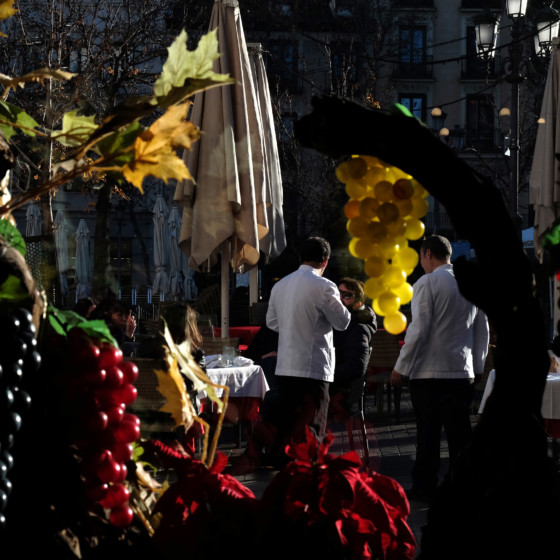 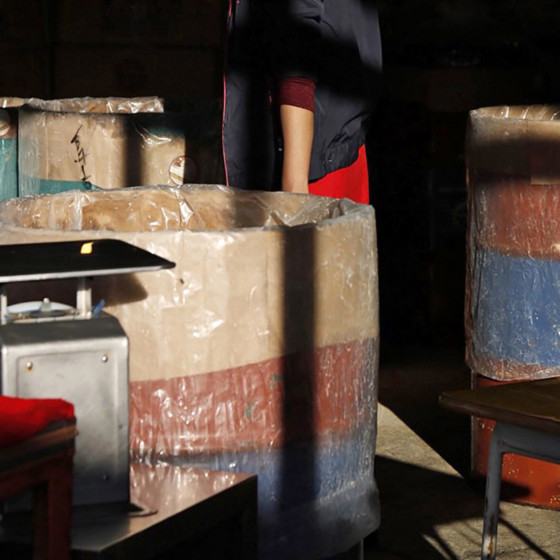 Professional photography is a different option and obeys different stimuli. The difference may also be in the degree of responsibility. Often, I can be more productive when I’m in an irresponsible state.

The most important and most difficult thing is to want nothing. Be empty. When you want something, it leads to repetition. Any desire is tantamount to bias. It’s stupid to expect things where only the unexpected is valued, you just have to react in time.

I don’t always manage, but I know that you shouldn’t seek success in the existing value system, instead you must try to create a new one. Which also turns into a bias if you dwell on it.

"The most important and most difficult thing is to want nothing"

There are collectors, there is a market for prints. People feel a need to own the prints. Photographs as things in the market don’t interest me. I am more attracted to the virtual side of photography, rather than the material one, fixing its visual image and the process of waiting for the next, the new, the contemporary. The concept of “contemporary” changes every morning, leaving the burden of worrying about it on the shoulders of contemporaries. "Poetry is where there is a metaphor. ... However abstract my photos may be, there is always a hint of real content"

I came to Instagram with Tarkovsky’s magical Polaroids in my head. In my first images, I even used the light Polaroid filter. Remember that Instagram began as a catalogue of filters. There were a lot of similar apps then. But its other function as a medium, not the primary one at first, unexpectedly overshadowed everything.

Instagram defeated all other media and attracted them like a black hole. The plus and minus signs were switched, and now it’s not clear who’s distributing whom. Everyone’s become a medium. And interest in any person depends only on his ability to attract. I would call this virtual gravitation. Undoubtedly this is a new sphere and a new form of social organization.

Later, I rejected all the filters in Instagram. Everyone began using masks and it became possible to imitate what used to be unique. That endless masquerade subjected everything to re-evaluation, including the concept of uniqueness. This scared the press and changed the entire value system. Yet photography had started out by imitating art. Photoshop devalued and vulgarized this subtle dialogue with painting. 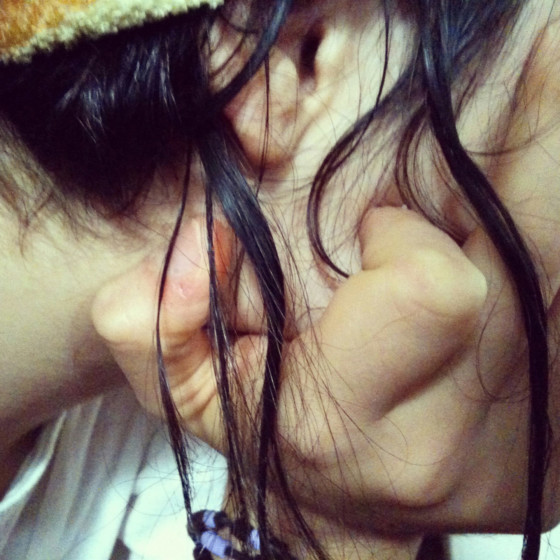 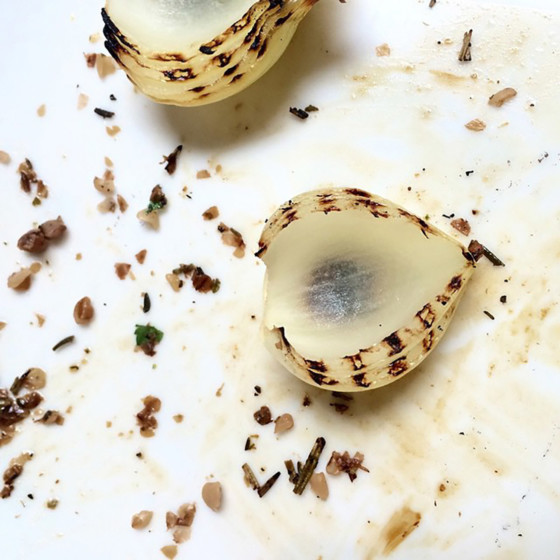 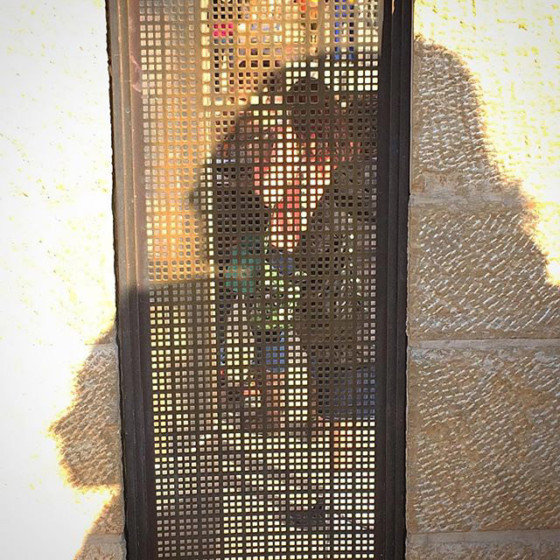 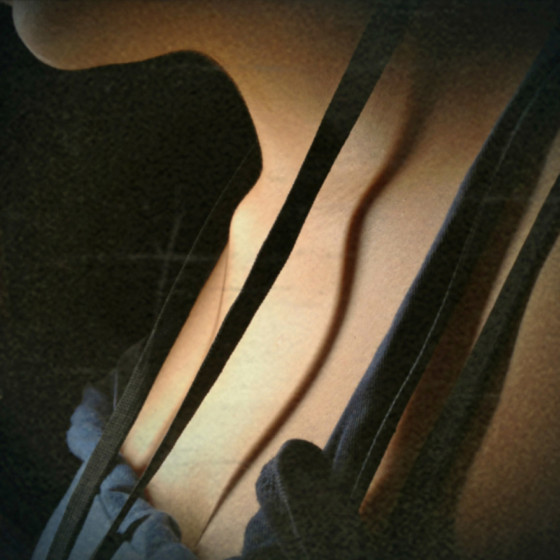 What interested me besides content was what Cartier-Bresson called geometry. Poetry is where there is a metaphor. Planning for it is impossible, it forms along the way, capturing the rhyme. In meaning, color, or graphics. However abstract my photos may be, there is always a hint of real content. I permit myself to change the borders of the image, even though I do it very rarely, but I do not allow any manipulation with Photoshop. For me today even black and white photography is a mask. Yet it used to be a philosophy.

Newspaper print stereotypes are molds made from real events. An entire era is encoded in those molecules of silver. Today it is a fashionable option, an outfit that is easy to change into with a flick of a finger, and any child can do it. I believe that there is enough material in real space with which to create poetic images without resorting to filters. 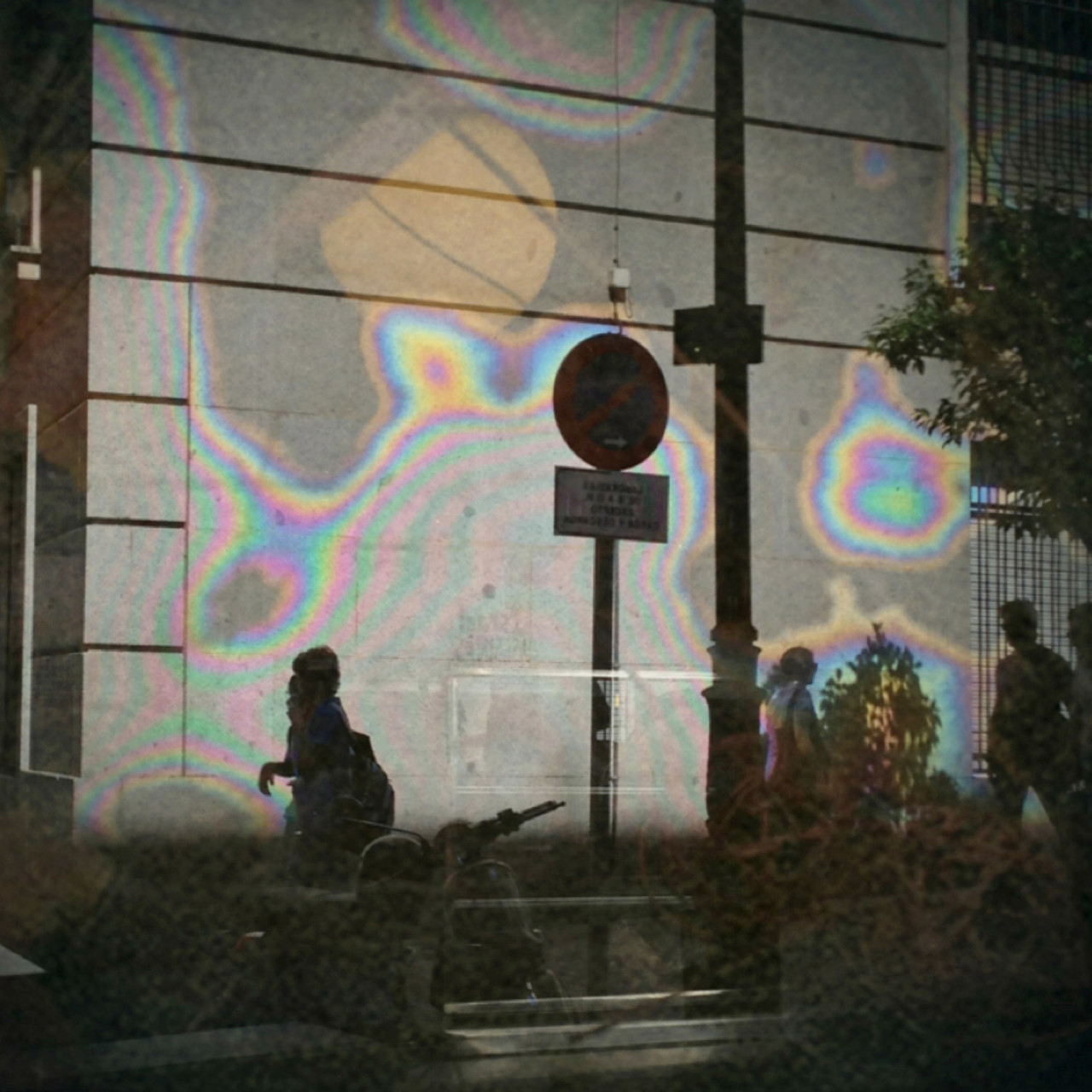 There’s nothing stupider than amusing others. There is no merit in being popular. Populism is for mass culture. In the end, a small group remains with me that is interested in what I do. So the audience forms on its own, I don’t look to it, although I find the process of its formation interesting.

"There’s nothing stupider than amusing others. There is no merit in being popular"

Without a doubt, the main mission of photography is to witness. A news document is an essential social need. As a product with a short shelf life, it is distributed by a certain commercial system. Agencies sold information obtained by photographers as wholesale goods to various media which then sold it retail to the consumers. As competitors, the agencies in those days differed in the quality of their goods and the speed of delivery. The telegraph agencies beat everyone in speed, and the higher-quality products of other agencies like Sygma, Sipa, and Gamma followed on wings and wheels. (Who remembers those names anymore?) The former served newspapers, the latter, the weekly press.

Magnum was in no hurry and allowed itself time to go deeper, to show events more fully. The major magazines waited for their reportages. That genre is also called slow journalism, when the reporter visits the site of the event several times. I think the “slowness” is not so much in the speed of delivery as in the speed of reception, because it forces you to think.

Most people consume in the media only the habitual and expected. That audience is irritated by anything that does not feed their prejudices. But simplicity and clarity are not shortcomings. 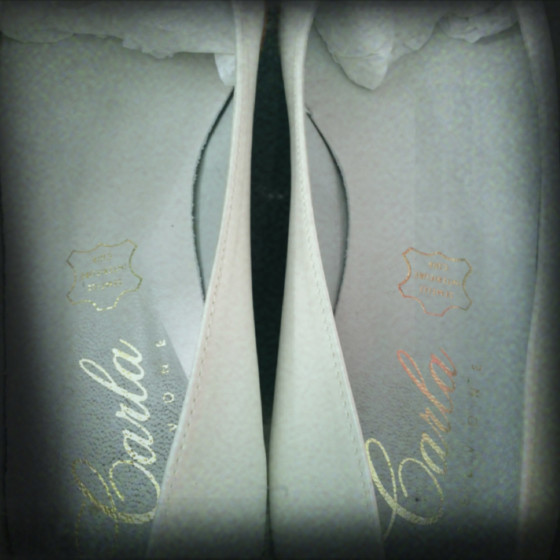 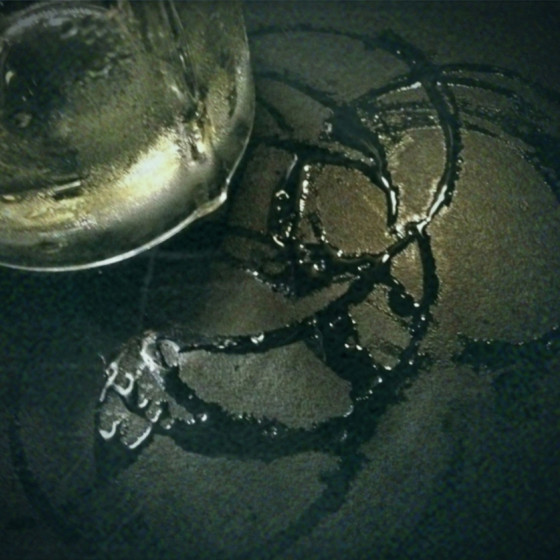 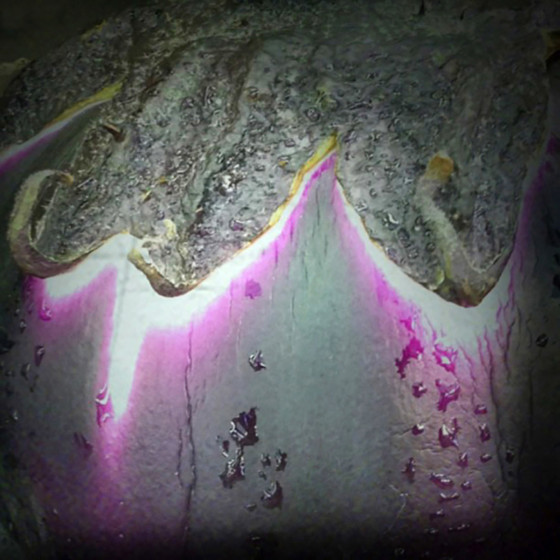 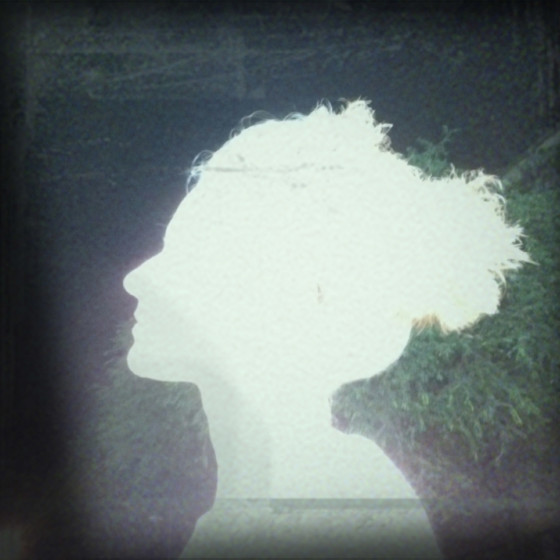 The concepts of objective and subjective are rather relative. I discovered for myself an interesting correlation: that the more impersonal the information, the more objective it is. This polarity is obvious in the press.

This does not mean that one is better than the other, and in fact, they can coexist. Obviously, photography is more objective than painting if only because there is less human intervention. Inherent in the nature of the camera is the possibility of being objective and subjective. It easily serves both science and art. The impersonal is impartial. A cold document inspires more trust.

Here creativity can only slow down the information flow. The editor cuts out everything that is not said in simple, banal language. That is, simplifies it. Only the content is not banal. The event itself and reflection upon it can be polarized. The event is the source of energy, and the reflection is exploitation of that energy. This interweaves into the general pattern of the dialogue between virtual and material.

In today’s media, more information comes from surveillance cameras set up on everything that moves and doesn’t move. Or from accidental witnesses, non-professionals. This may be the main reason for the disappearance of the army of professional photographers. 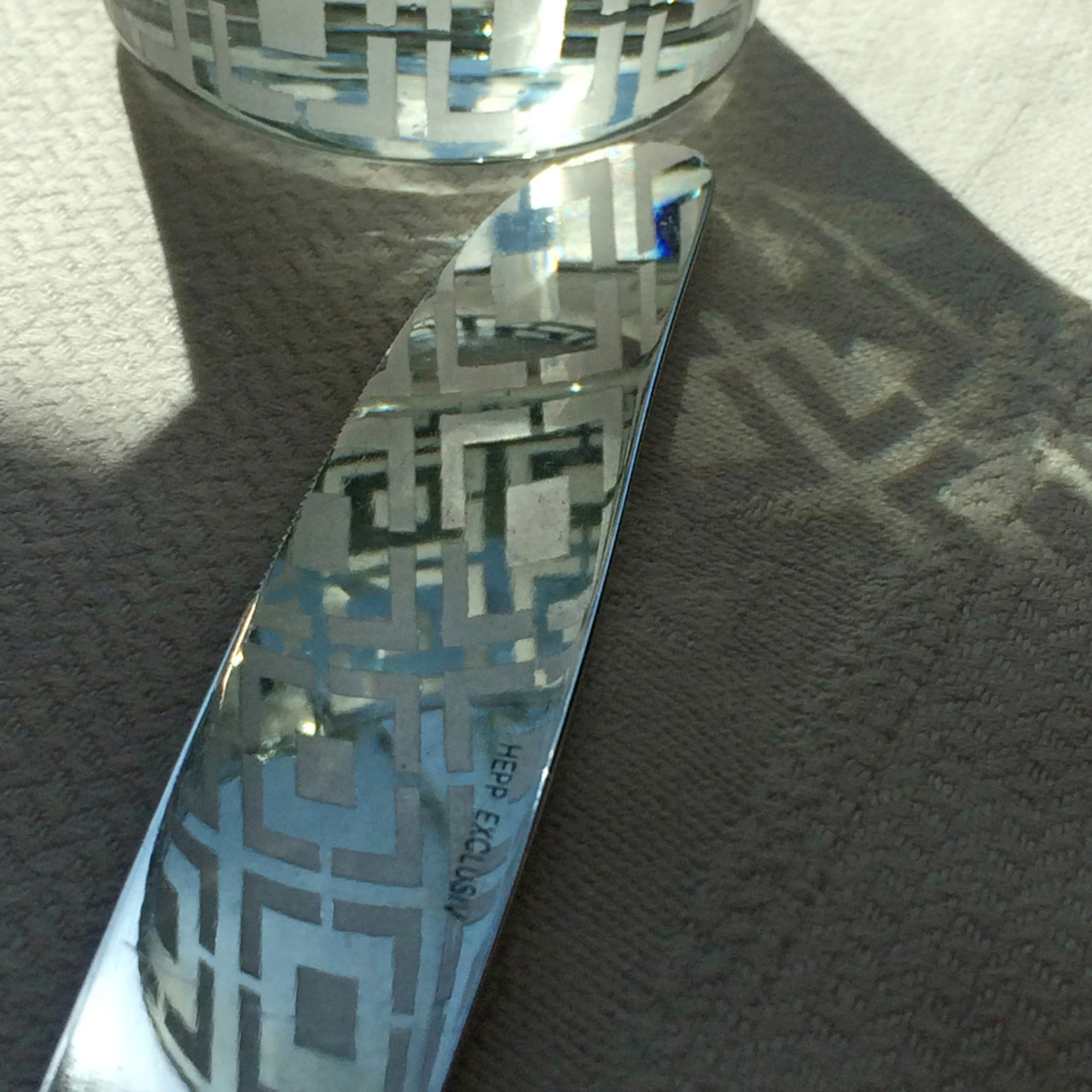 Authorial, living photography is another genre completely. The camera may be an impartial instrument, but the person holding it determines which moment must be the decisive moment. The moment stopped a second before…

Human history consists of such moments. Rather, people write history determining which moment must be the decisive one for history. Beginning with prehistoric cave paintings and antique sculptures, in drawings on vases and other objects, we see the scenes and moments our predecessors wanted to observe and preserve for posterity. In the visual arts there are numerous examples, including The Raft of the Medusa by Géricault and Bryullov’s The Last Day of Pompeii. I am not going to list them here, they are easily found on the Internet.

As a reporter, I have been present at historic events and witnessed the behavior of the crowd and the protagonists. I am more interested in the visual instinct. Why at the moment of action, a person sees nothing but what is happening. The more extreme the moment, the more he is paralyzed. (A great space for photographers and pickpockets.) 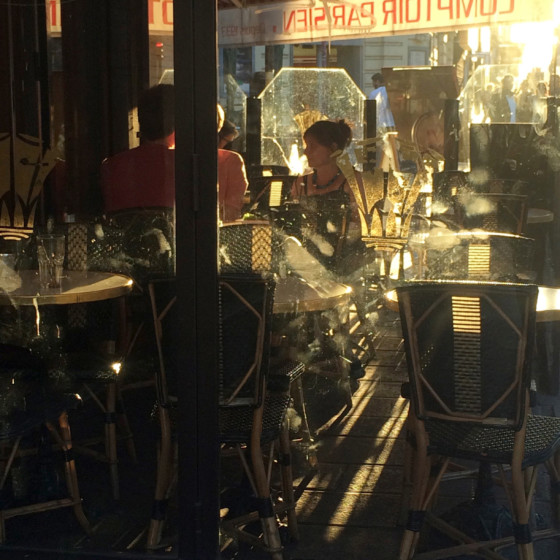 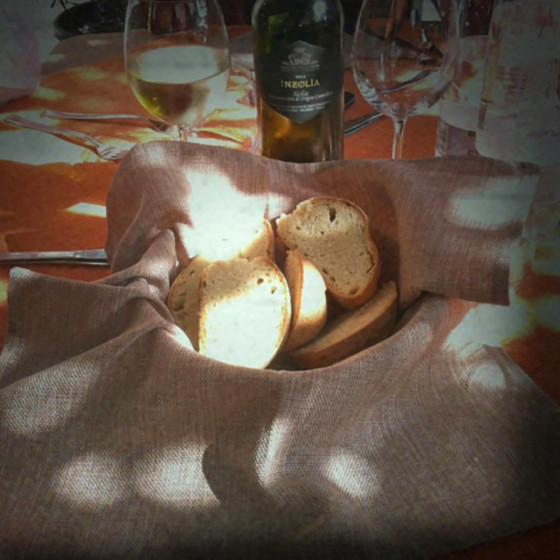 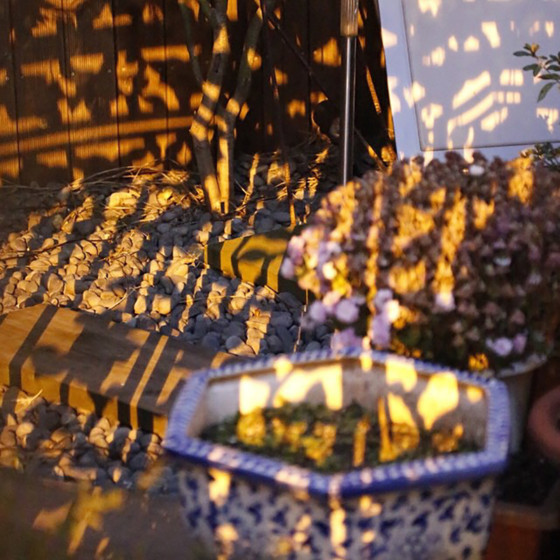 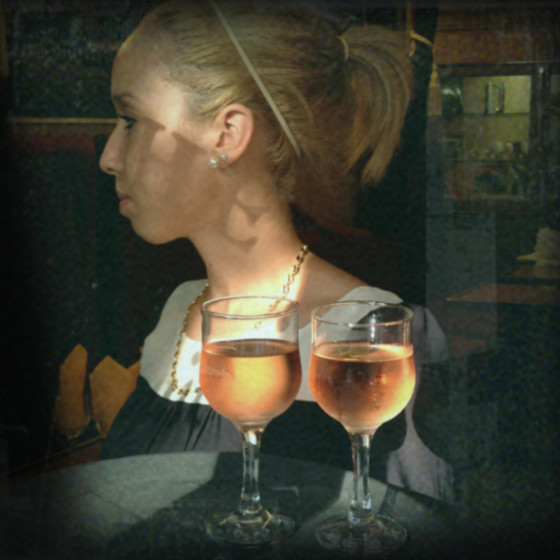 I believe that feeling someone else’s experience is necessary for human evolution. Nature uses every precedent to re-record and renew our behavioral algorithms.

In other words, individual experience is transformed into public experience, sending information into the future, to our descendants. Naturally, our primary needs are not only fresh air and food but also fresh information.

I never tire of looking at the contact sheets of Robert Capa’s work in the Magnum archives. He stirred up photography and created our agency. The founders of Magnum set ethical principles and created a new visual culture. Today we have a priceless 70-year-old archive. Without a doubt, it is important to preserve it, but it is just as important to preserve the spirit. That is possible as long as the passion for innovation lives in its continuing members.” 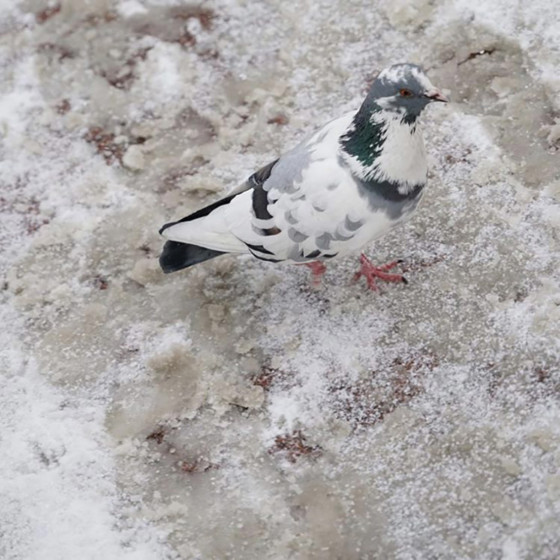 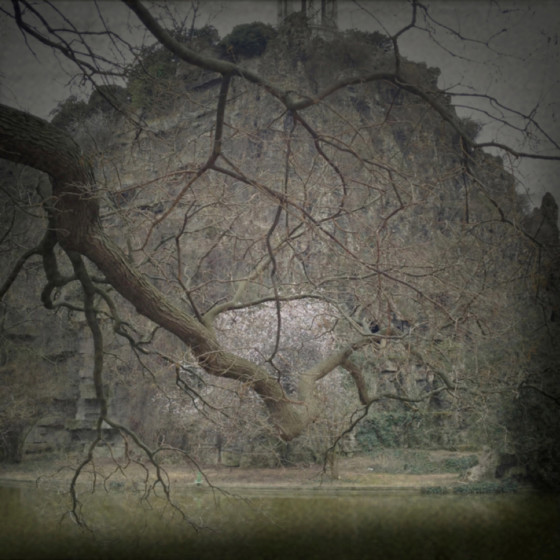 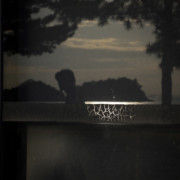 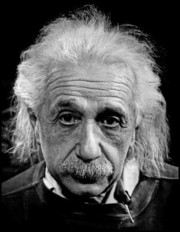