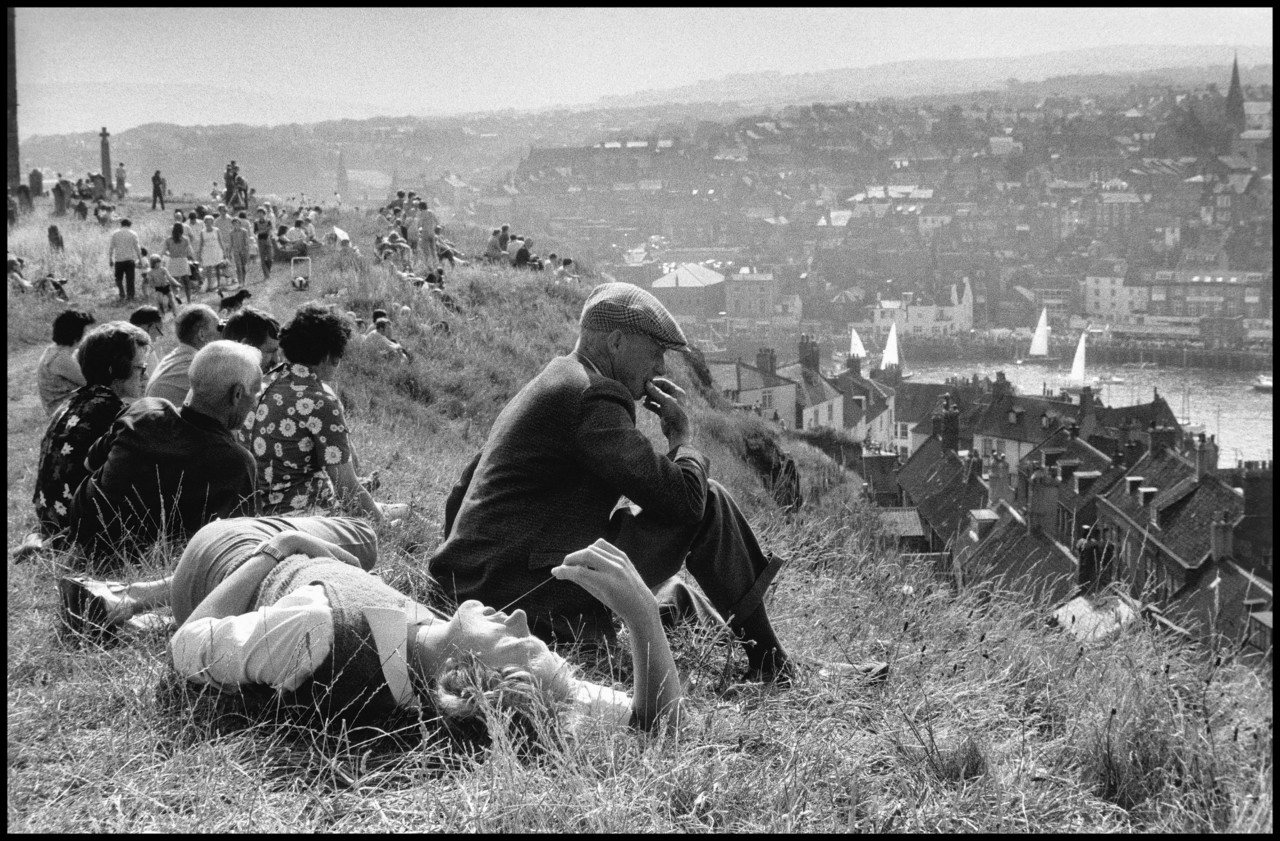 This image by Ian Berry is available as part of Magnum’s newly-expanded collection of limited edition prints in 8×10” format. Explore them all here.

In the 1970s, Ian Berry set out to create a portrait of English life. The English is a document of culture and traditions during a transitional time. Here, the photographer tells the story of how, while working with the BBC for a program about pioneering early English photographer Francis Meadow Sutcliffe, he shot one of his most well-loved portraits of British life in Whitby, Yorkshire.

This is a Sunday morning in Whitby, Yorkshire. I was doing a book on the English when I came back to live in this country from South Africa.

The BBC wanted to do a story on the photographer Sutcliffe in Whitby; they wanted to show his work and a contemporary photographer shooting in his town, so I went to photograph. If you look carefully, you’ll see a tripod and that’s the BBC cameraman photographing me.

This is a well known place overlooking the town, and on a Sunday morning, if it’s sunny, people go up there and they picnic and whatnot. I went up and wandered around. The cameraman was very sympathetic. I’ve done a couple of other things for television since and you get a cameraman that walks around right by your shoulder, which means you can’t shoot at all – but this guy was really good, he was a still photographer and he shot with a long lens, so I used this opportunity to shoot additional pictures for the English and that was it really.

Flat caps were sort of going out of fashion, I saw this guy and I thought about how I’m trying to show the English and how things are changing. I was looking at him and then suddenly another guy started laying on his back and started chewing straw and I thought it worked well as picture, for what I was looking for. It showed the relaxed attitude of the English, and something of the town in the distance.

More people are sitting down.

I would have been somewhere else shooting for The English. I had a contract for The Observer at the time, so in between doing stuff for them I was running around, photographing for the English. I shot that whole book in a relatively short period. Around the same, time I got a grant from the Arts Council from the Whitechapel Gallery to photograph Whitechapel. I was the first photographer ever to get a grant from the Arts Council.

Tell us something we don’t know.

At that time, The Whitechapel Gallery had never had a photographic exhibition and their feeling was that they were showing paintings, sculpture, and art generally, but the local people didn’t come in. They thought if they had an exhibition of photographs in which the people were involved it might bring in local people, which it did. People would come in and say ‘Oh look, there’s Aunt Martha’. I was able to condense the whole thing and I’d been asked by Penguin’s Longman to do the book. It worked quite well.