The photographer discusses her “personal gaze” 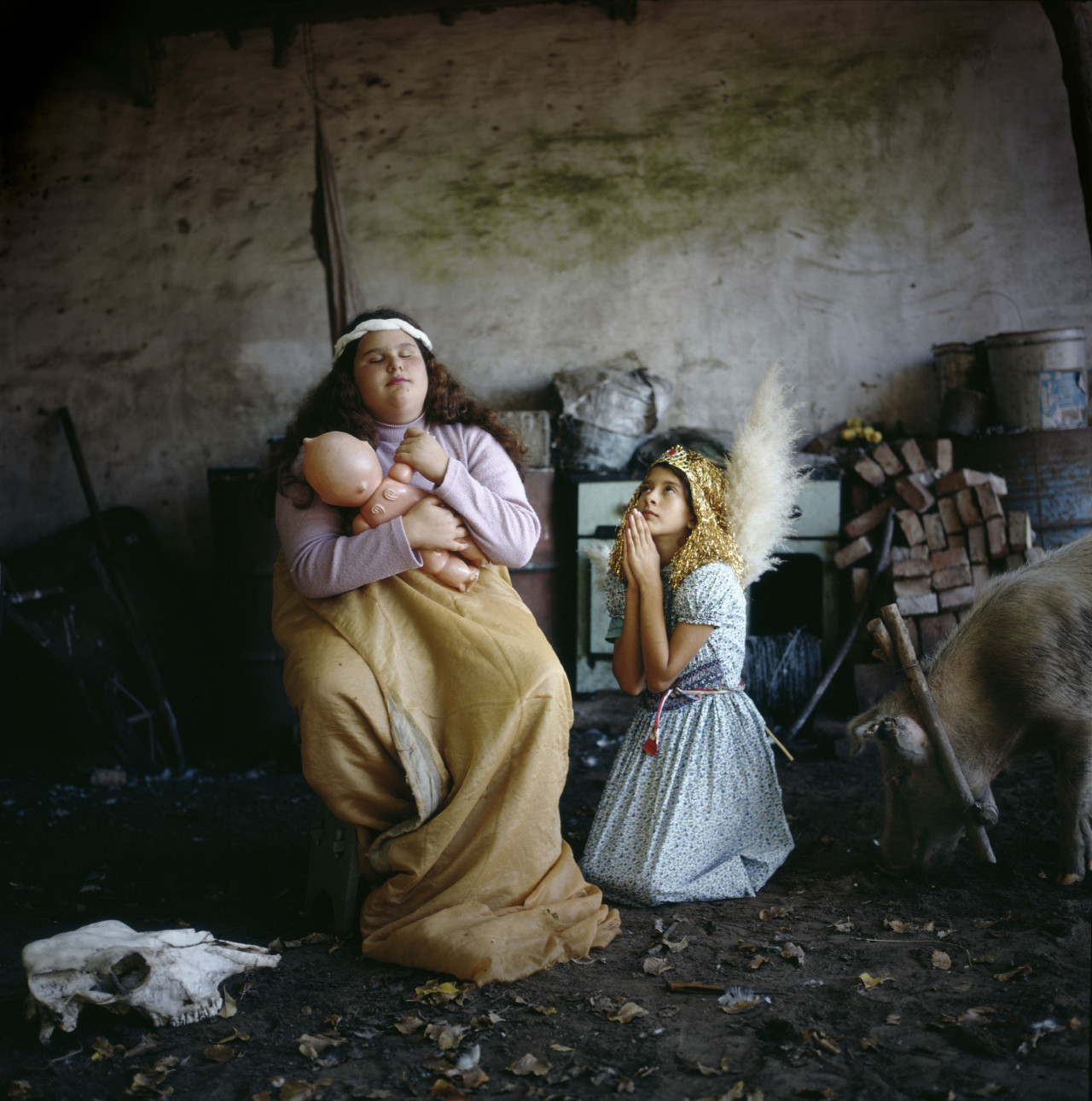 As she prepares to judge the inaugural Portrait of Humanity Award, by 1854 Media, publisher of British Journal of Photography, and Magnum Photos, Alessandra Sanguinetti discusses some of her best-known projects – including The Adventures of Guille and Belinda, as well as what interests her about photographing youth, and why it’s important to stay true to yourself. 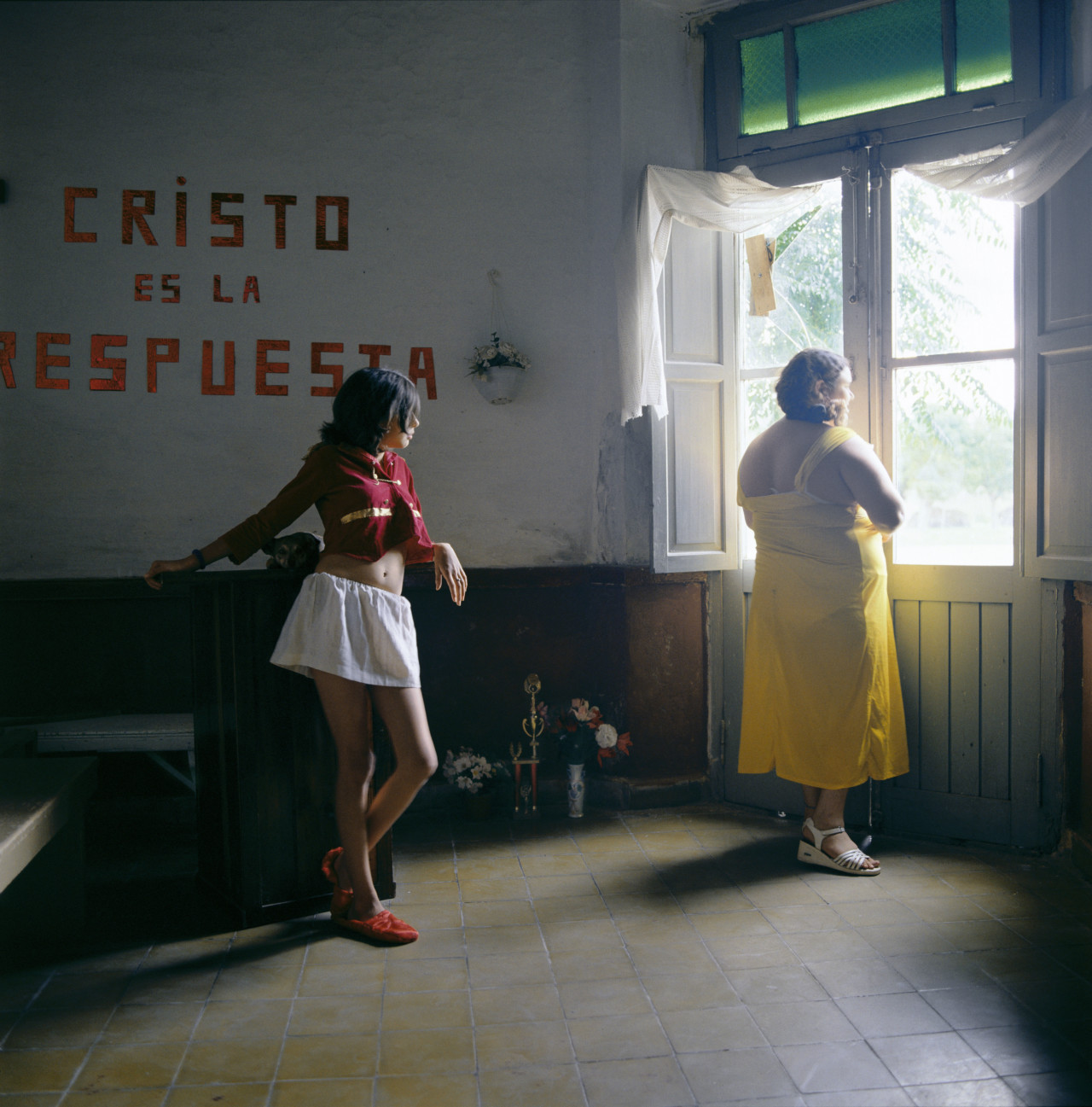 The Adventures of Guille and Belinda is probably your best-known portrait project. Could you explain the organic way this project came about?

I had been working on a project called On the Sixth Day, which explored the relationship between animals and humans on a farm in Buenos Aires, so I had been photographing Guille and Belinda’s grandmother’s animals for a few years before I began The Adventures. They were often around while I photographed the chickens and pigs and goings-on about the farm, and I’d usually ask them to move out of the frame.

It wasn’t until the summer of 1999, when they were nine years old, that I started to pay attention to them, and asked them to stay and play. I wasn’t planning a project, I was just interested in them and liked their company, and little by little the pictures and videos accumulated until I realized there was a story to tell. We have been a part of each others lives ever since.

Guille and Belinda are two cousins living in the countryside of the Province of Buenos Aires. The Adventures centers on their childhood and beginning of their adolescence in an attempt to crystalize their childhood dreams and fantasies. The Life that Came (which is a working title still) takes it up from there and follows the girls as they grow into women and shape their lives. They’re now 29 and have children and independent lives. 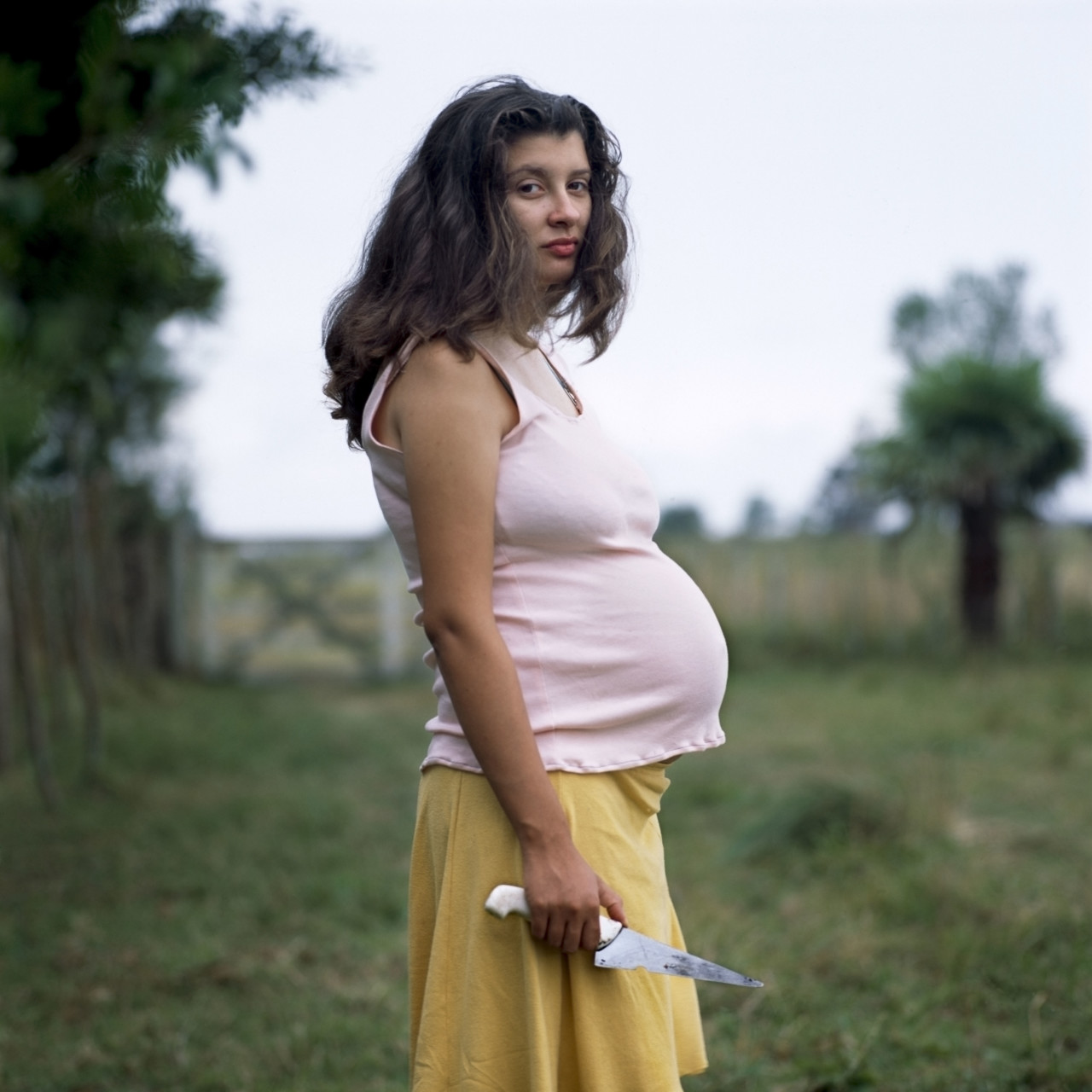 "I don’t think there’s a “better” or a “good” portrait subject. A meaningful portrait arises out of so many of layers of personal history, interest, circumstances and relationships, that it’s pointless to try to define it" 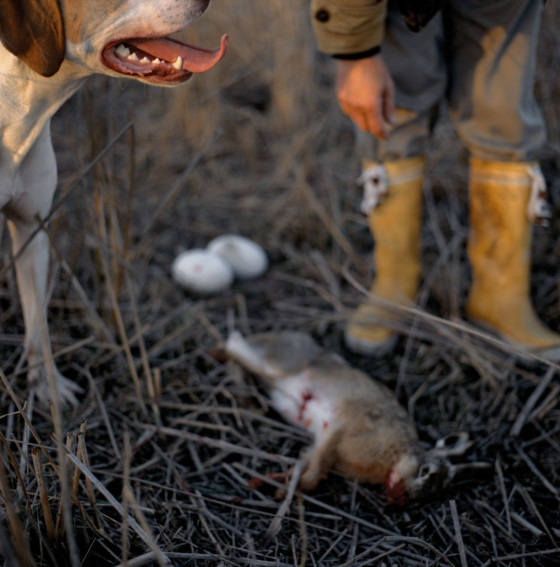 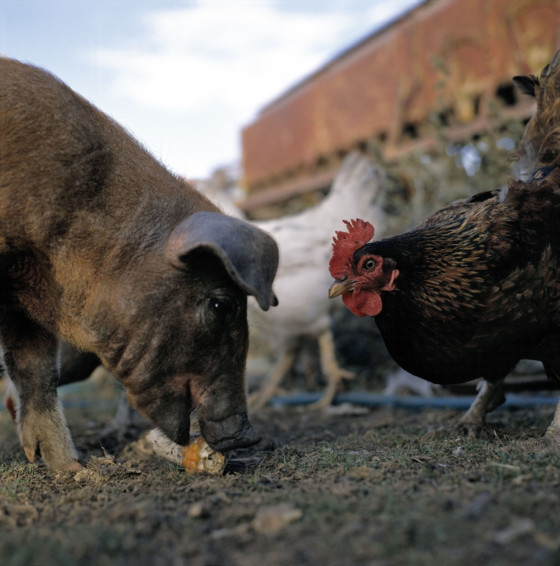 What drew you to Guille and Belinda?

What first drew me in were their conversations, Belinda’s high pitched sing song voice and Guille’s thoughtful mumbling, so the work actually began by me filming them. I had a little video camera that I carried with me always and I started to film their play, then I began to propose games of pretend and little by little a collaboration (a fancy word for playing in this case) of sorts emerged.

I was so taken by their relationship that filming didn’t seem enough, so I would set the video on a tripod and take pictures at the same time – but they’d still be acting out for the video. For the next three years we would play in this manner. I’d propose little scenes and they would change them and adapt them to their lives and make them their own.

I don’t think there’s a “better” or a “good” portrait subject. A meaningful portrait arises out of so many of layers of personal history, interest, circumstances and relationships, that it’s pointless to try to define it. Everybody’s interesting. It all depends who’s looking, how, and why. 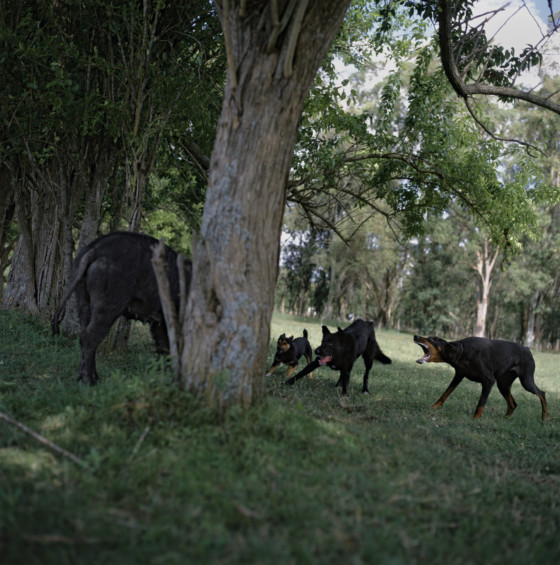 You also photographed other children at that pivotal age, on the cusp of adolescence, for Sweet Expectations, which included portraits of your own daughter. What is it about that age that you want to capture in a portrait?

I don’t have something in particular that I’m looking for or trying to pin down. Maybe it’s just that I’ve always been more comfortable with kids and a bit afraid of adults. Maybe I’m trying to go back to that time in my life when I think I was the truest version of myself. It’s hard to tell. But for sure I find myself drawn to that age group again and again. 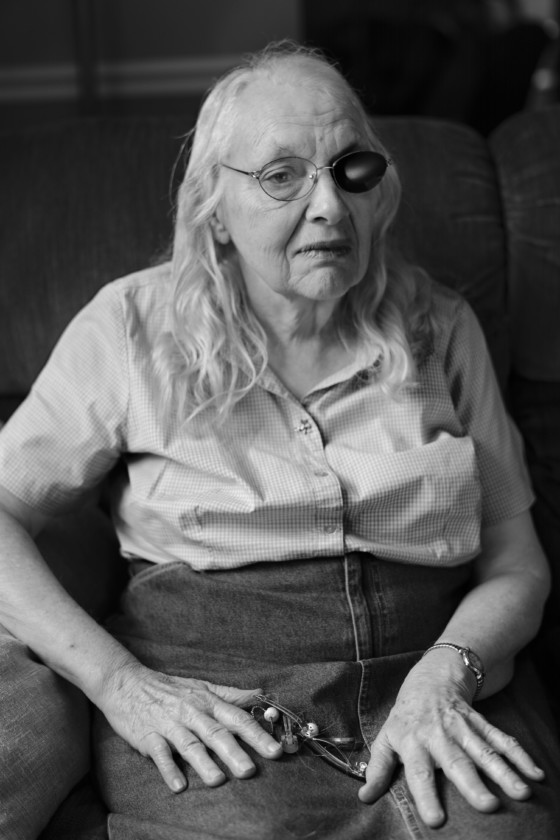 "When used thoughtfully and poetically both journalism and art can affect people in profound ways."

You recently took a portrait of Serena Williams and her daughter for TIME – what was that like?

There were PR people, personal assistants, hair and makeup artists, and various other people from her team monitoring the shoot, plus a tight time limit, so there was no chance of creating any kind of intimacy or connection, but she was very radiant, gracious, and kind, so I concentrated on trying to let that shine through in the portraits.

How do you think photography can help us to connect to one another, and to understand different cultures and groups of people?

It’s like the written word. It can go many ways. When used thoughtfully and poetically both journalism and art can affect people in profound ways. When used irresponsibly and out of context, or as a propaganda tool, it can do much harm. What advice would you give an aspiring photographer, looking to improve their portraiture work?

Stay focused on your point of view and don’t try to please. The more personal your gaze, the more layered and interesting the portrait will be.

What sorts of images do you hope to see entered into Portrait of Humanity?

I am hoping people send in work that is open-ended, curious and honest.

Alessandra Sanguinetti is a judge for the Portrait of Humanity Award, run by 1854 Media, publisher of British Journal of Photography, in partnership with Magnum Photos. The competition is calling for entries of photography that shows seeking to prove that there is more that unites us, than sets us apart. More information about entering the competition can be found here. 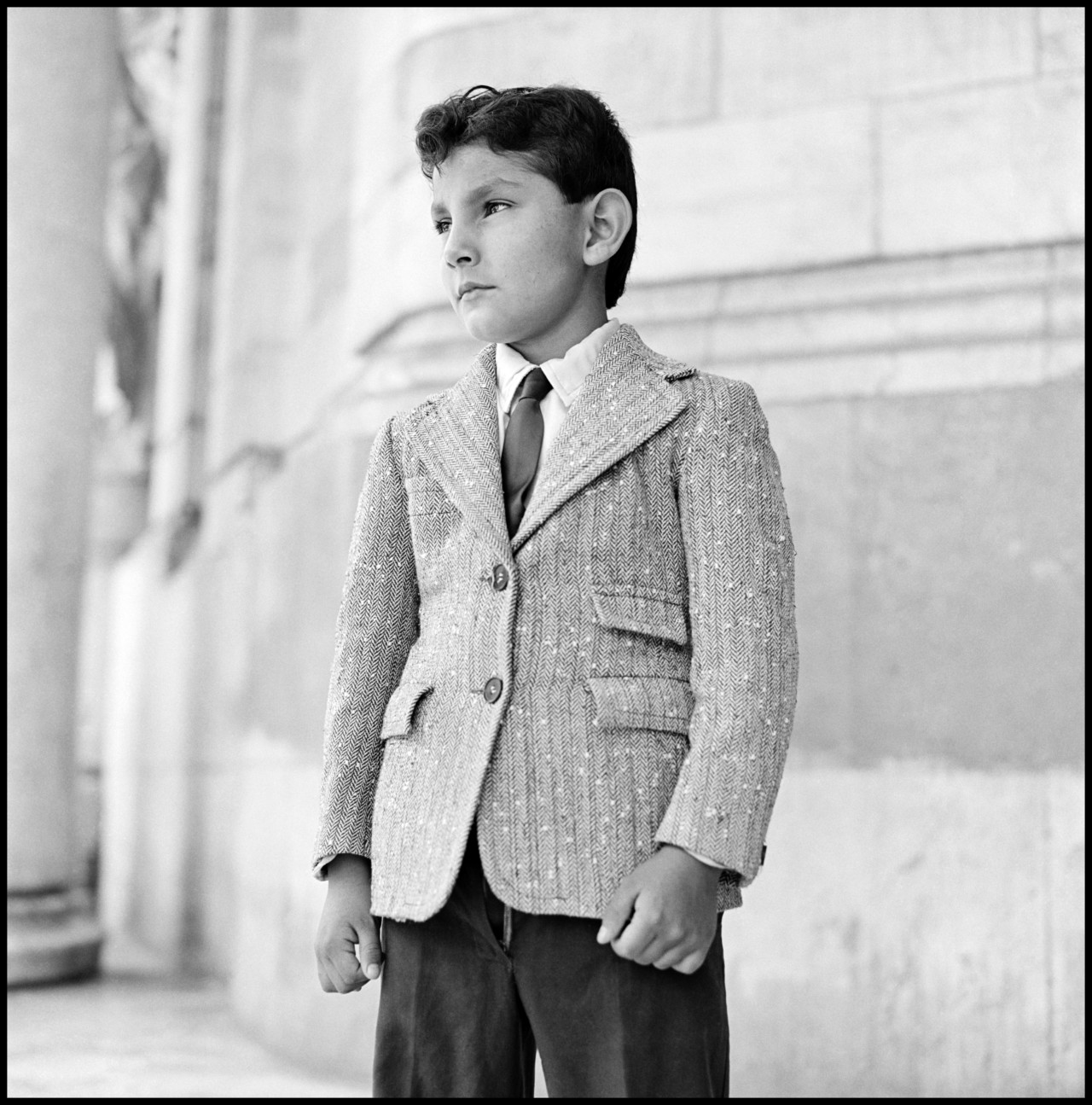 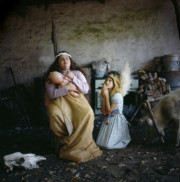