In the final chapter of a personal project, Jerome Sessini travels to Baltimore, America’s ‘heroin capital’ 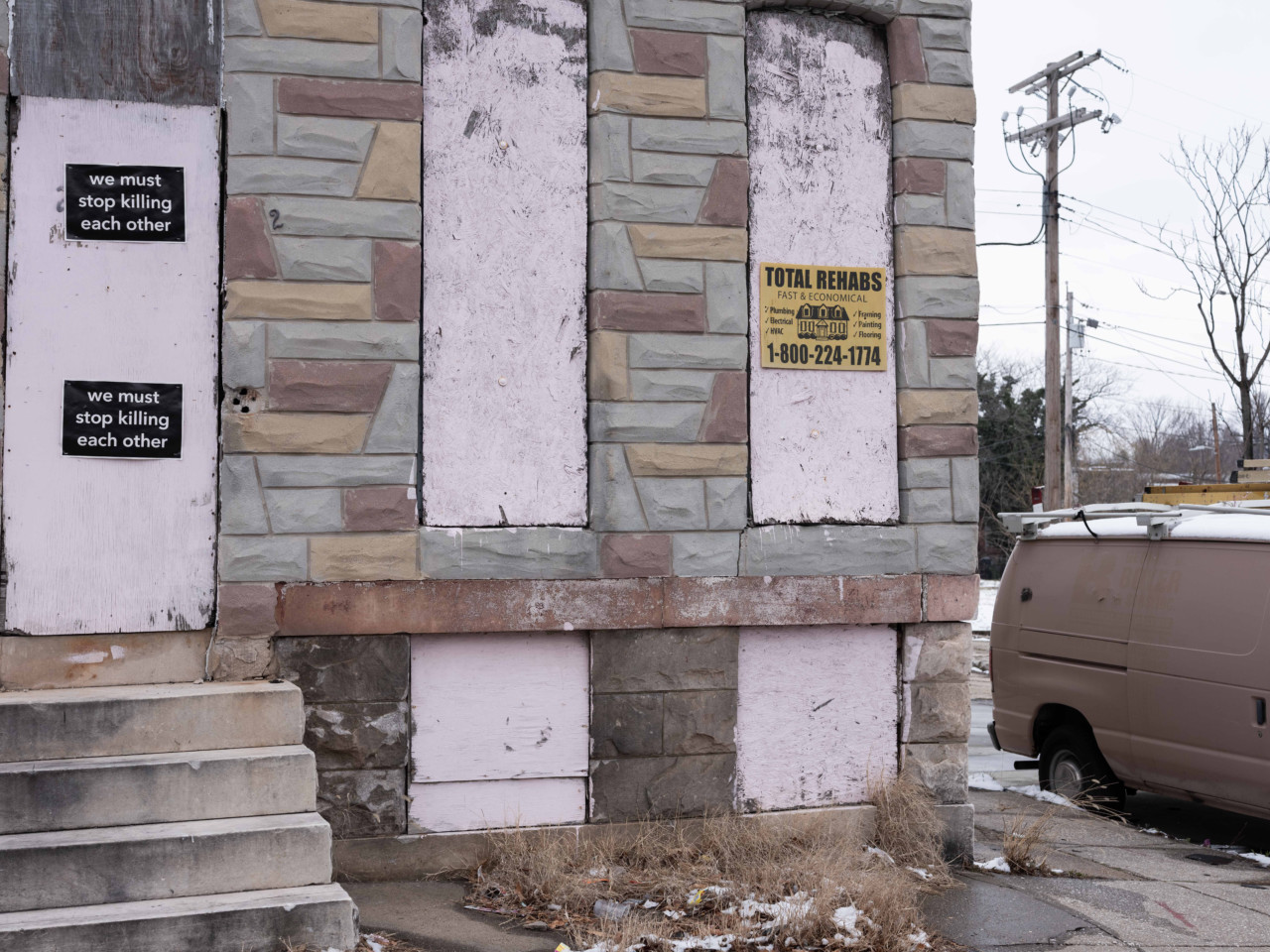 The opioid crisis in the United States kills 115 people every day on average. But for Magnum photographer Jerome Sessini, the story is not just about the drugs; it is about understanding the landscapes and context behind the crisis. The recent stages of the crisis has been characterized by the rise of fentanyl, a powerful synthetic painkiller, which has spread widely and is now commonly cut into in street drugs, including heroin. It is estimated that just 2 to 3 milligrams of fentanyl can kill an adult. As a result, the US has experienced dramatic spike in overdoses.

In this, the third and final chapter of an ongoing project documenting America’s opioid crisis, Sessini traveled to Baltimore to meet those struggling to stay clean. In Baltimore, methadone clinics exist across the city to treat patients addicted to opioids. However, the high cost of treatment coupled with the lack of medical insurance has left many with few viable options.

You can see the first and second instalments of Sessini’s series on opioids in America, here and here respectively. This work was made possible with the support of the Pierre et Alexandra Boulat Award.

Warning: viewers may find some of the following images disturbing.

Opioid addiction has devastated the city of Baltimore since the 1960s. Dubbed the ‘heroin capital’ of the US, it has the highest overdose fatality rate of any city in the country. And though the opioid crisis in America is mostly affecting white people, here, addiction among African Americans is widespread, historic and enduring.

"There are abandoned red brick houses as far as the eye can see." 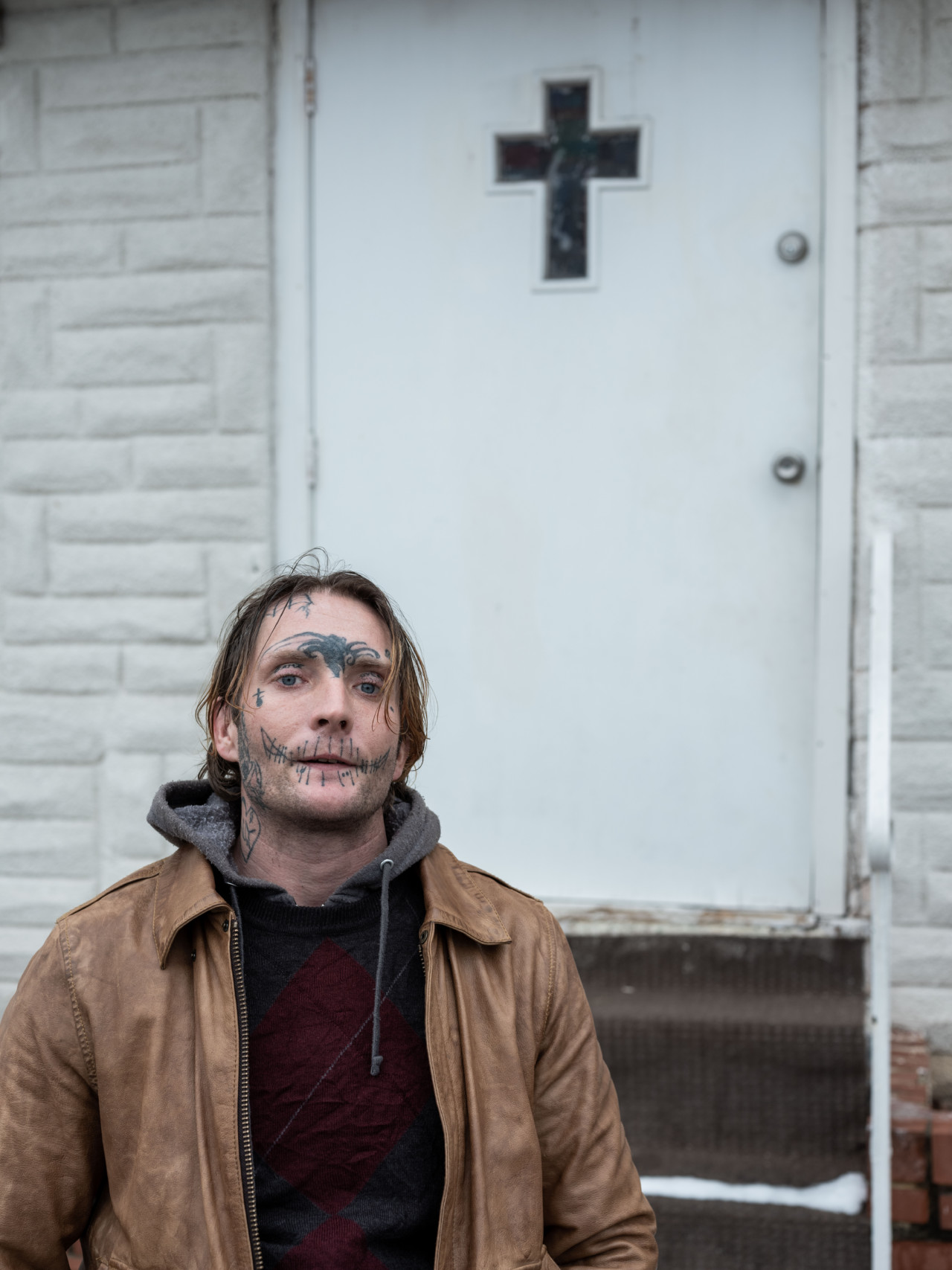 Sessini visited Baltimore earlier this year documenting America’s crisis. He drove down the ‘Drug Highway’, from New York via Camden, New Jersey, and Kensington, Philadelphia, (where he witnessed several deals take place openly as a police car drove by). This route is well-worn by users, who head south for cheap and readily available heroin, which, in Baltimore, is called ‘Scramble’, since it is always cut with the synthetic opioid, fentynal.

When he arrived in Baltimore, he found a city on its knees. Its crumbling infrastructure told a story of systemic destitution that is disproportionately affecting the African American community (unemployment is at 14% among black people compared to the white unemployment rate of 3.6%). “There was more poverty here than anywhere else I visited,” says Sessini. “The East and West neighborhoods, connected by North Avenue, are sinister. There are abandoned red brick houses as far as the eye can see.” Sessini described seeing people on every corner in the area, “dealing: heroin (“boy”) or crack (“girl”).”

But while in Ohio and Philadelphia, (the location of the first two chapters in his series) Sessini mostly documented those in the throes of addiction, here, two characters who were struggling with getting clean became the focus. He met Alissa, 38, (also known as Delaware), and Lina, 24, outside a large treatment centre called The Turning Point, shortly after he arrived. The imposing building is, somewhat chillingly, 200m away from a large cemetery, and has hundreds of people queuing every day for their dose. 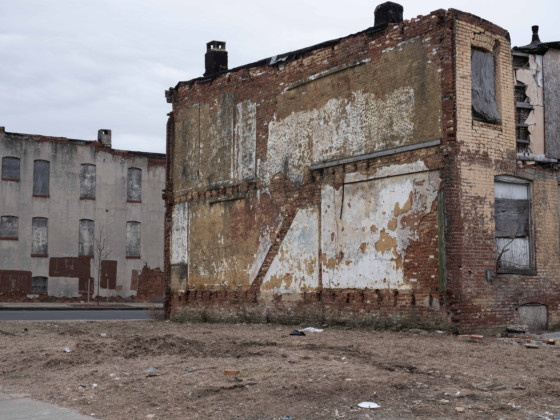 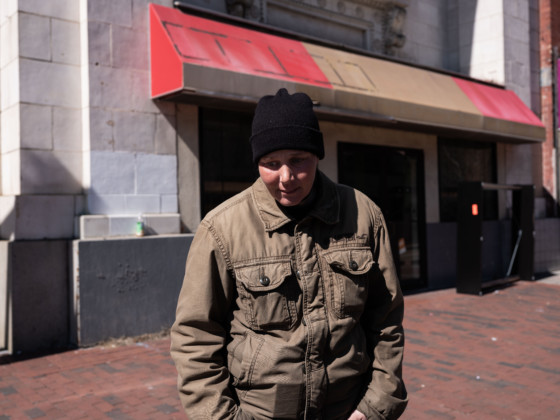 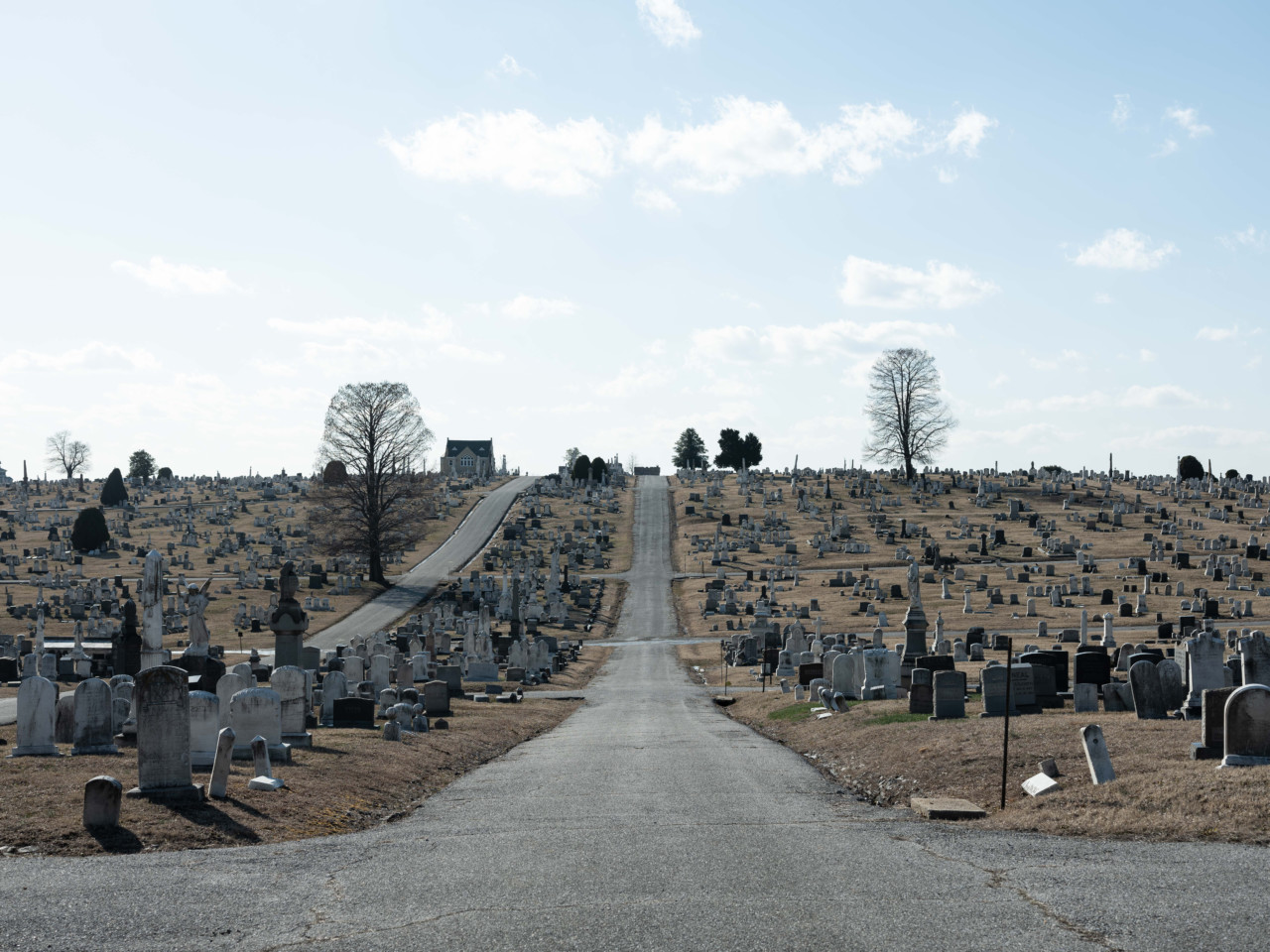 "But while in Ohio and Philadelphia, Sessini mostly documented those in the throes of addiction, here, [...] characters who were struggling with getting clean became the focus. " Jérôme Sessini "T" 25. From Camden, poses for a picture on the banks of the Delaware River. She tried heroin when she was 18. Camden, NJ. USA. February 26, 2019. © Jérôme Sessini | Magnum Photos After observing the scene for a while, Sessini decided to go and speak to the two women, who would become his guides on the street. Alissa was very keen to tell her story; she was a computer engineer but her addiction to heroin made her lose her job. She now works in a McDonald’s to pay for her methadone treatment. Alissa met Lina six years ago in a rehabilitation center in Delaware, moved to Baltimore and got married. “I wanted to understand how they are living in Baltimore, while trying to get clean,” Sessini says. “All the money they have goes on the treatment. They have no money to pay for an apartment and are living with an elderly lady who houses them in exchange for help with the chores.”

It costs $300 a week for methadone treatment, while a dose of heroin costs $6. Staying clean therefore, costs more than continuing one’s addiction. Treatment is sometimes covered by health insurance, but for many it isn’t, and the people Sessini met were shy about revealing how they got the money to pay for it. The lack of long-term care and support also makes recovery problematic. On its website, Baltimore City Health Department says it is tackling the opioid crisis with a three-pronged approach: “Save lives with naxalone”, “increase access to on-demand, evidence-based treatment” and “fight the stigma of addiction through education”. However, through interviews with users and recovering addicts, Sessini found that this was not the case. 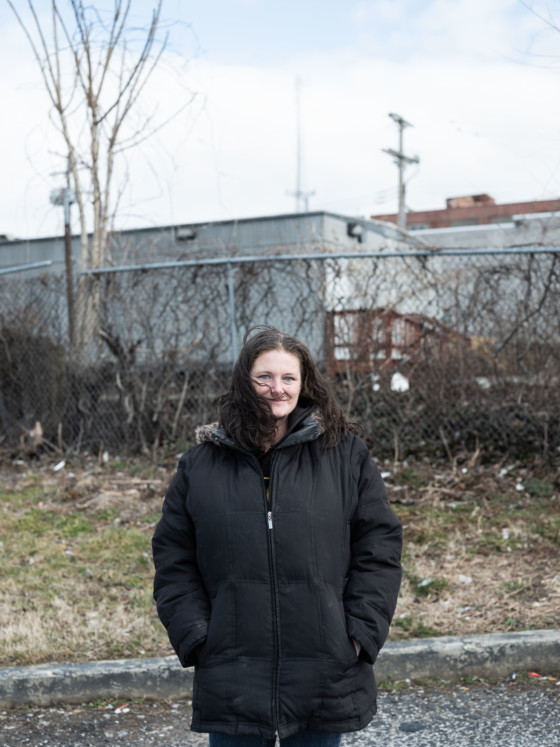 "They continue to make money on the back of drug addicts with substitution treatments."

“The labs have been doing business with oxycodone, the painkiller that has pushed thousands of Americans to take heroin. Now, they continue to make money on the back of drug addicts with substitution treatments. I’m sure they’re the same labs that put oxycodone and methadone on the market,” Alissa said. “And we do not benefit from any psychological support. We come in the morning to take our dose and we go back to the street where the temptations are strong. Many patients resell their treatment here, in front of the clinic, to buy heroin.”

Alissa introduced Sessini to many others in her situation, and after getting to know them, he took their portraits.The pictures have a sense of hope and show the personality of the subjects beyond the drugs. But they also convey their deep vulnerability. For recovering heroin addicts, it is a daily tightrope walk of inner strength to stop falling back into the hell of substance abuse. “I wanted to show the fragility of this moment because you never know when you are going to relapse with heroin,” explains Sessini. And against the backdrop of Baltimore’s decaying streets, the temptation to relapse is always waiting around the corner. 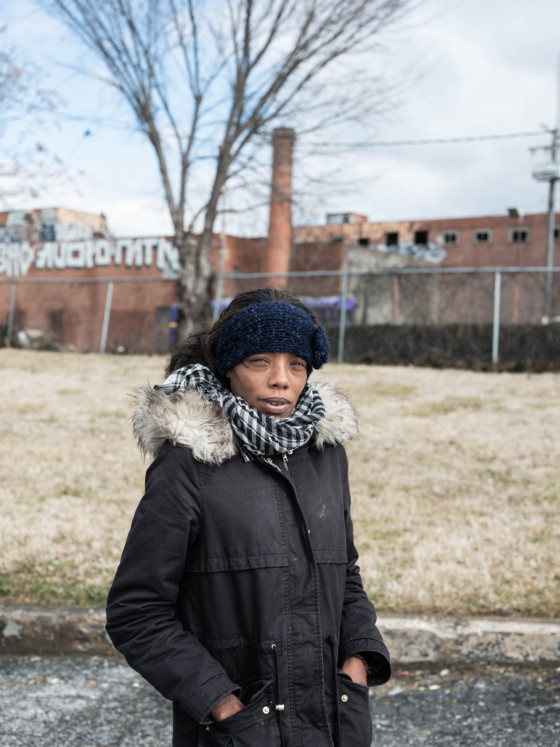 "I wanted to show the fragility of this moment because you never know when you are going to relapse with heroin."

It is in this most desperate of cities that Sessini closes his project on America’s devastating war. Over the course of three years, he has found a country that is violently unforgiving of those who have not achieved the promised dream. In Kensington, Ohio and Baltimore—and across the United States—the stories form a pattern, and are endemic of a society that is more fractured than it has ever been. “It is a crisis of the people; they can’t find their place in their country anymore,” he says. “They feel forgotten and abandoned. Opioid was like a salvation.”

Philadelphia’s ‘Badlands’: At the Heart of the Opioid Epidemic

Europa: An Illustrated Introduction to Europe for Migrants and Refugees