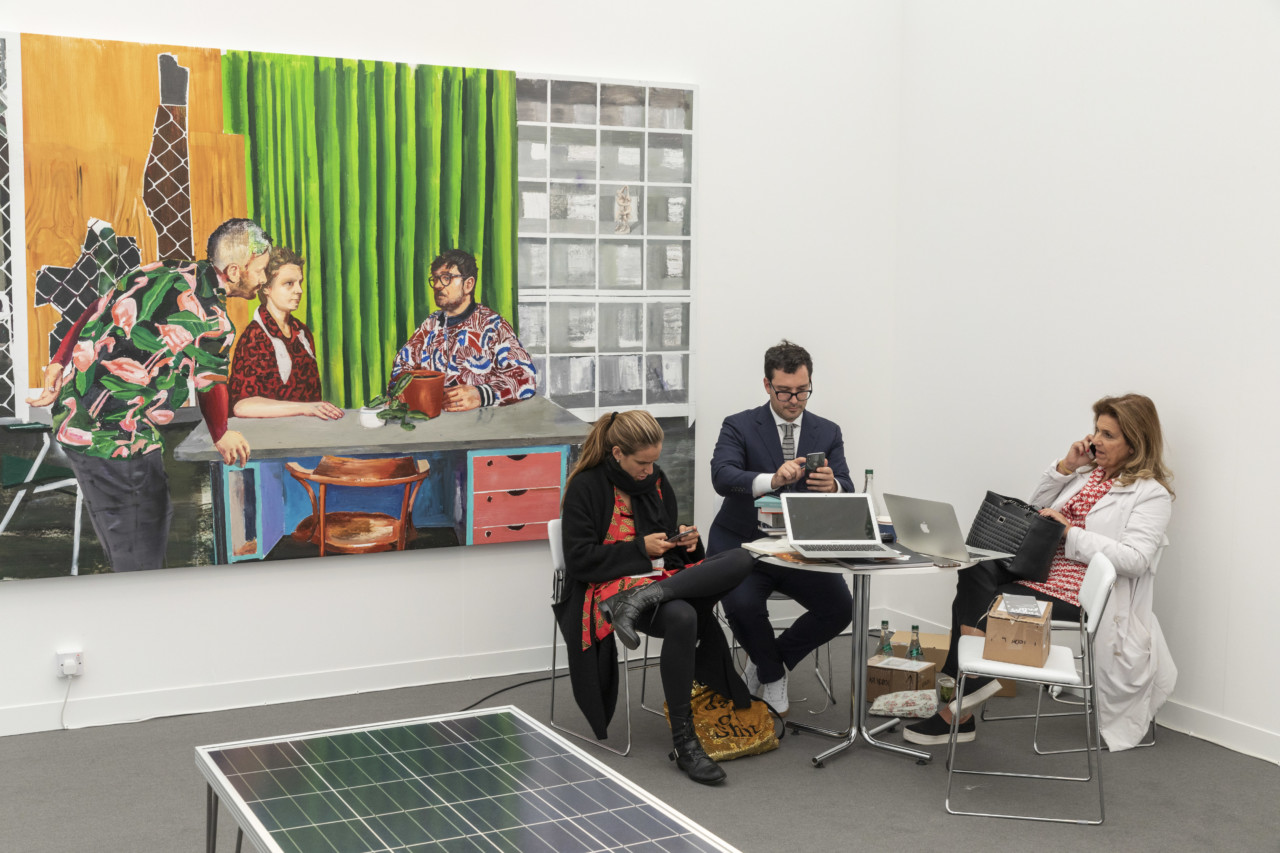 “I always like going to art fairs because the people that show up are pretty interesting,” says Magnum photographer Martin Parr. With his quasi-anthropological bent, the people-watching artist turns his lens on to his own artistic milieu, observing the art-world from within, during this week’s Frieze Art Fair in London.

What compels Parr to return to the art fair as creative stomping ground is the convergence of the “art world tribes, and their many different variants” in an environment which allows his creativity to flourish. “There is all this art in a white space, so you can play with putting people into positions. It’s always good fun and a very productive place to photograph,” he continues. 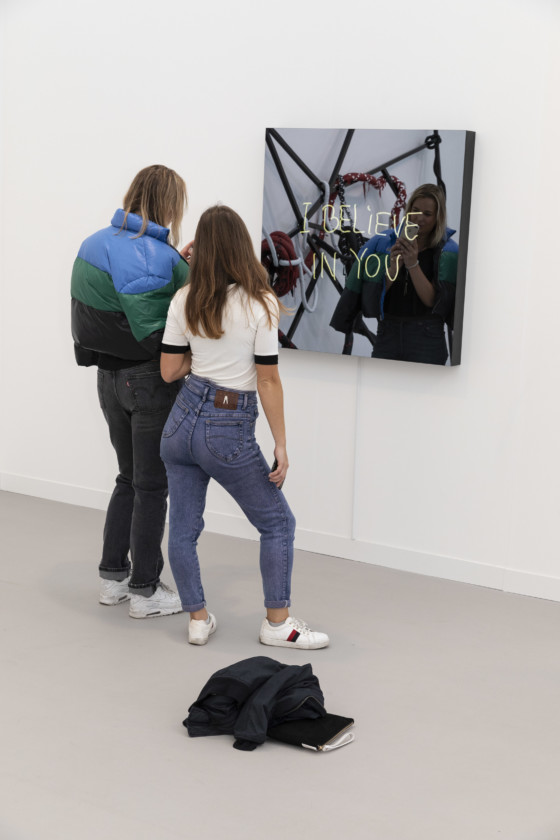 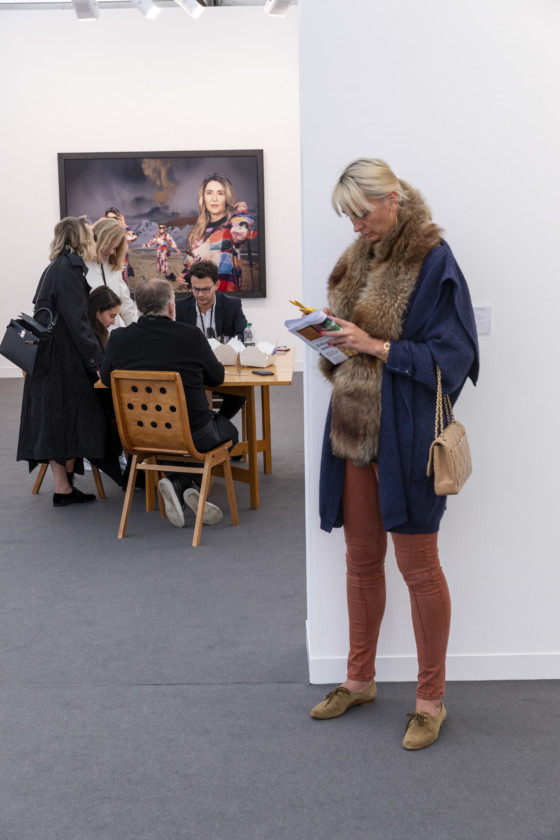 Observing the interactions of these art world tribes, is, for Parr, “a good exercise in spatial awareness. The people and the art have a relationship, and that’s something you can explore through photography.”

His Frieze tableaus depict typical art fair behavior: “people looking at art, and people not looking at art. People are either engaging in their smartphones – that’s one sort of strategy – or they’re actually looking at the art and engaging with that, or indeed they’re engaging with each other,” says Parr. 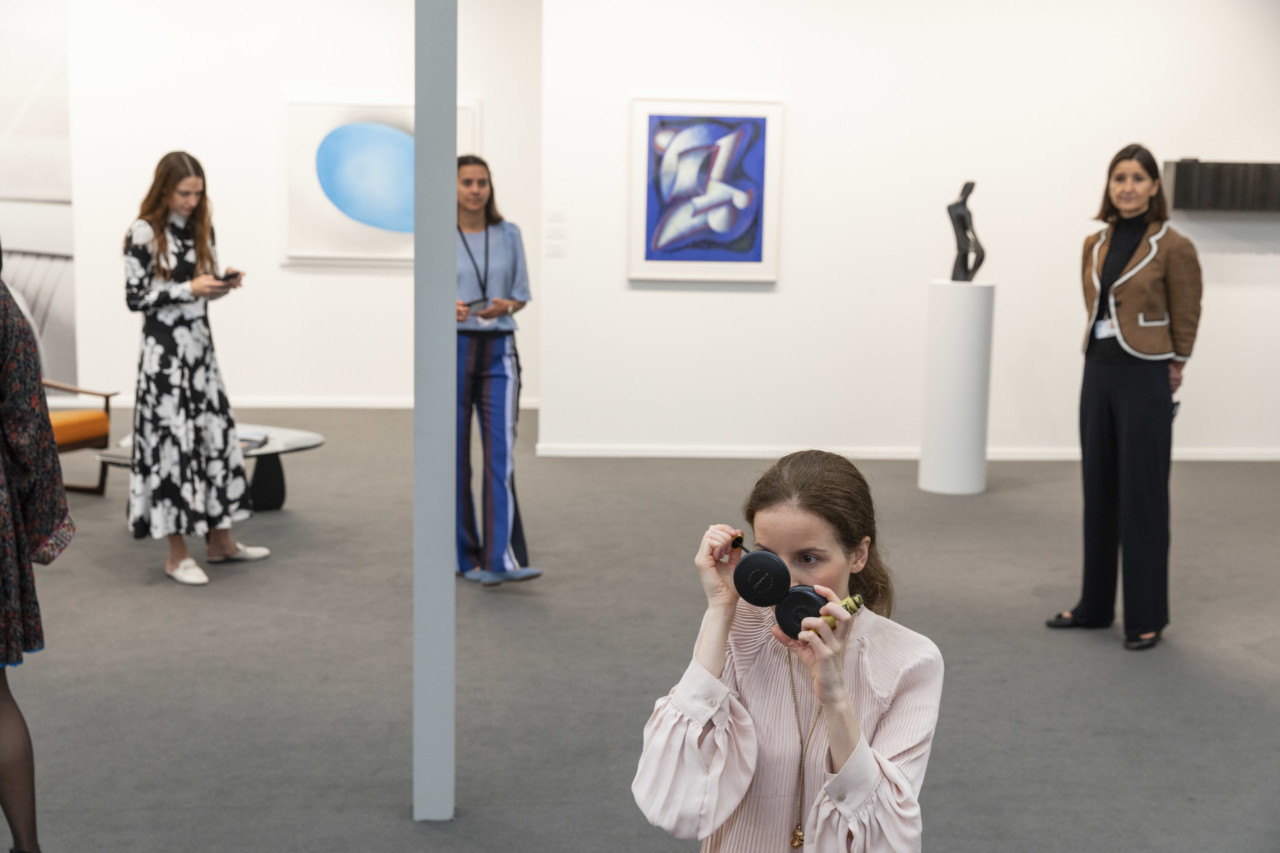 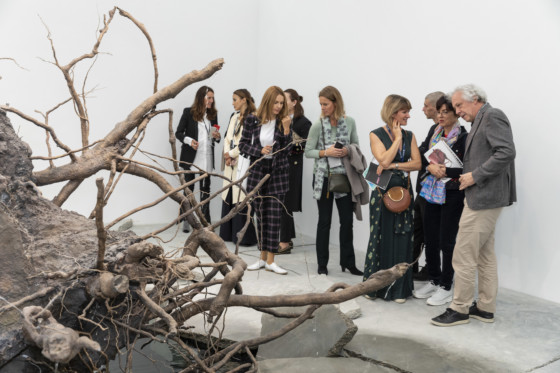 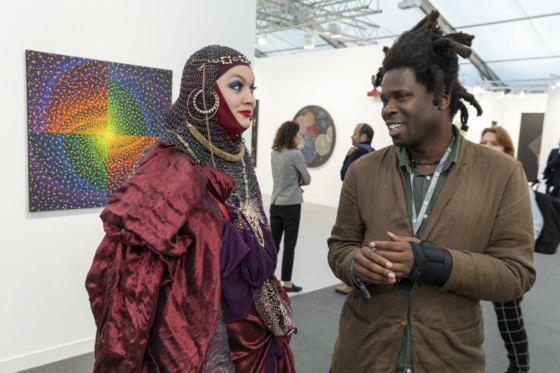 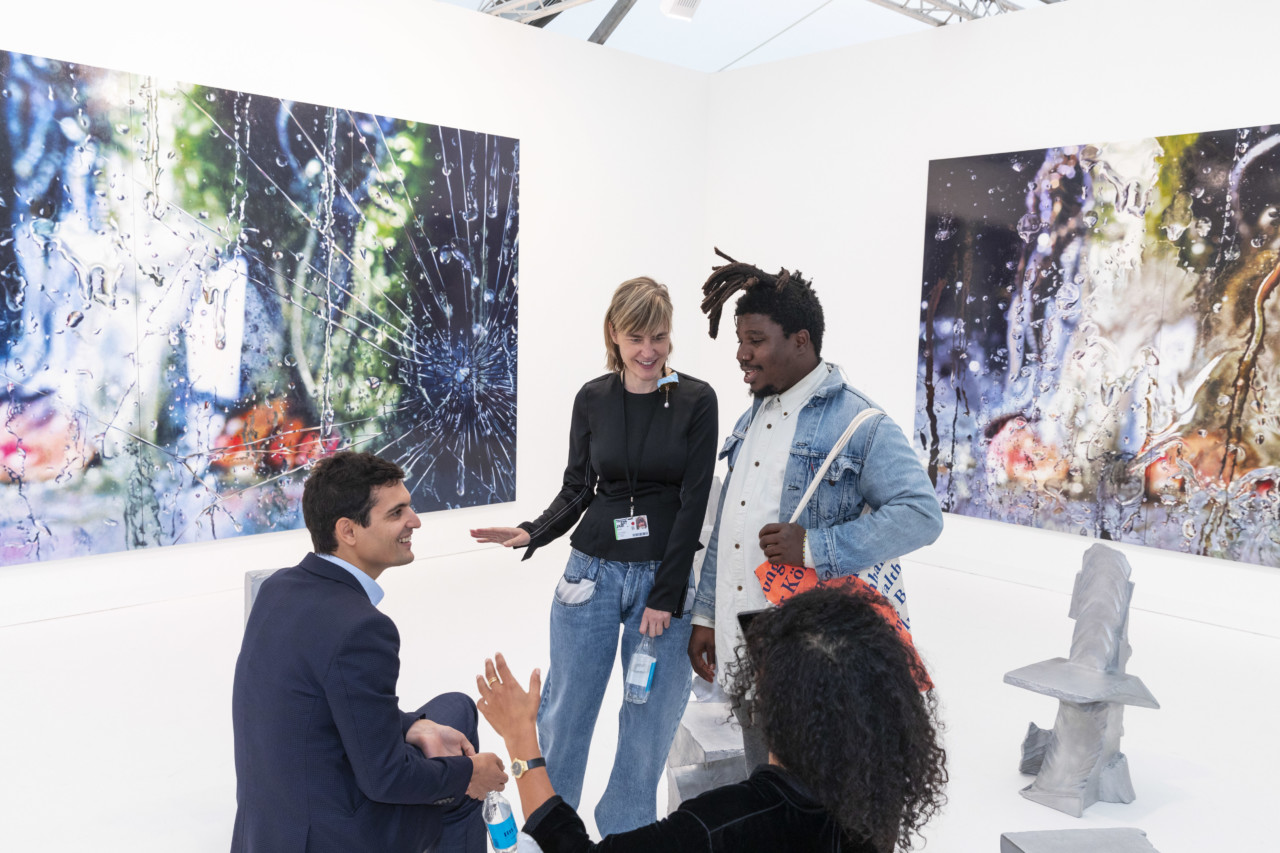 For Parr, who has been photographing at art fairs for over 20 years, the advent of the smartphone has spelled a huge change in fair behavior. Today, there’s less conversation and less engagement with the art on display.

“Now people are in their own little worlds, because of their smartphones and the importance they attach to keeping connected to all their friends and activities,” he observes. “We are in a much more detached world and this is very well reflected in the art fair.” 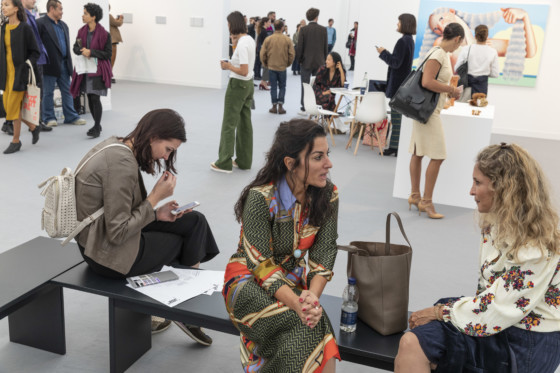 The role of the art fair has increased hugely in recent years: “At a time when many galleries are closing, the big collectors seem to go to the art fair rather than to the museum these days, because you can buy the art,” says Parr.

Famously, a bell rings to signal the opening of the fair, when collectors are allowed a first peak at the work brought over by a global roster of galleries. “There’s a real hierarchy about who gets in and when. You know exactly what your status is in the art world according to when you’re allowed into the fair,” he continues.

Frieze Art Fair has spawned London’s Frieze week, bringing a concentrated dose of art to the capital in a flurry of openings, previews and parties. One of these, the Dover Street Market Open House, was also attended by Parr. “The Dover Street Market tribes are even more interesting!” he quips. “I’m sure a good part of the people who came to Dover Street had been to Frieze earlier.” 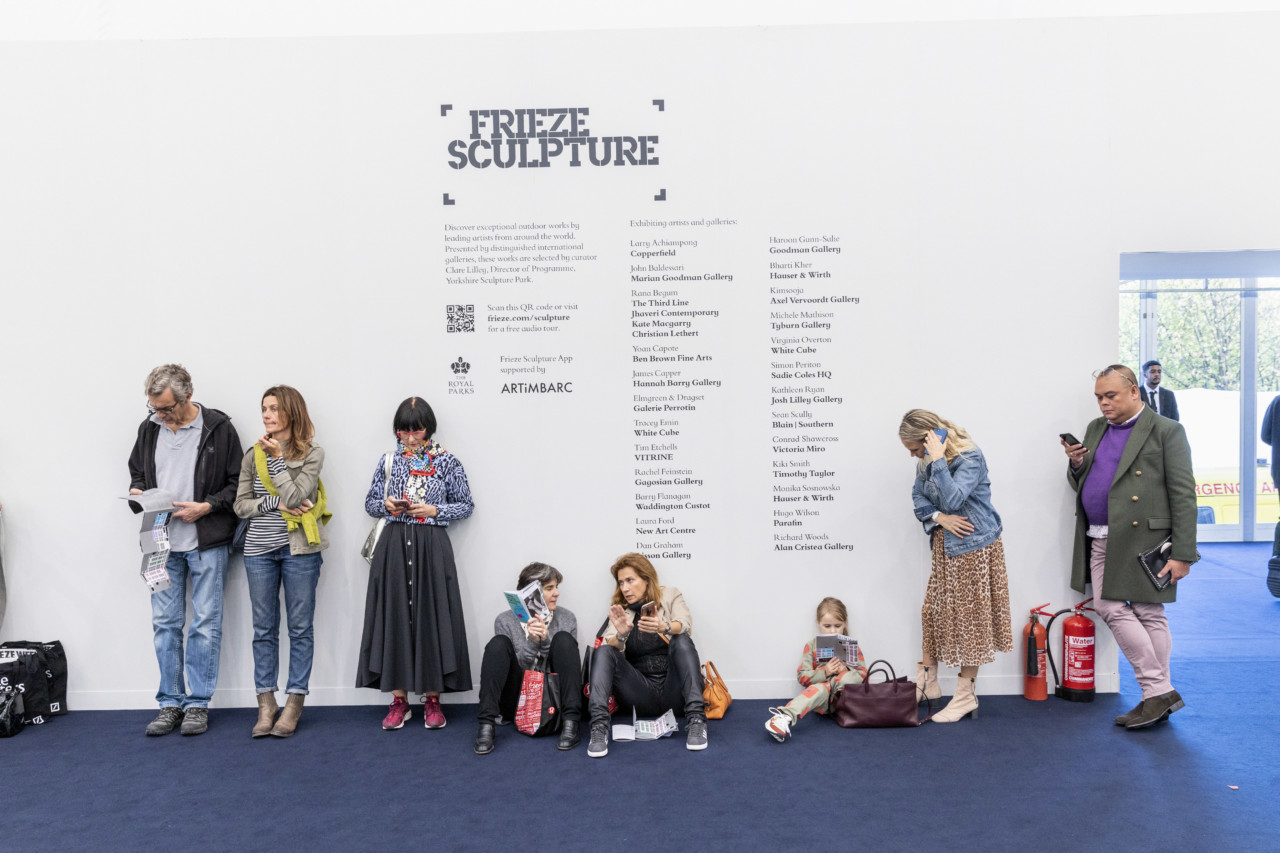