Newsha Tavakolian for National Geographic, Alex Majoli for The New Yorker, Alessandra Sanguinetti and Alec Soth for T Magazine, and more from Magnum photographers this week 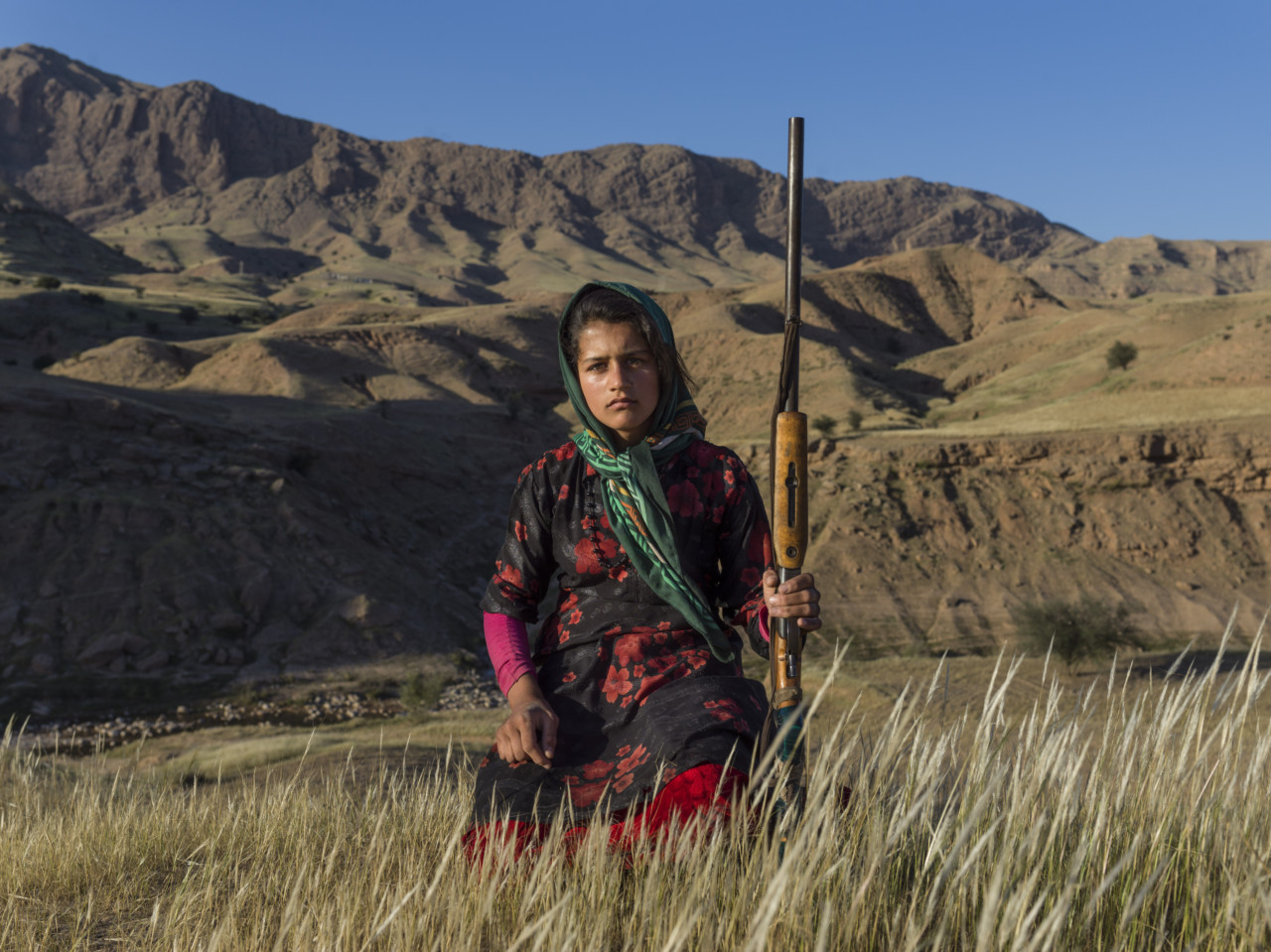 Newsha Tavakolian Masoumeh Ahmadi, 14 years old, who wants to be called by the name Golbahar since Masoumeh is a very old-fashioned name and not very popular among the young generation, standing in Chamsoor lands in (...)
Khuzestan Province while holding guns. It is really common among Bakhtiaris for each person to have their own guns. Each family might have three or four guns that are mostly for men. Women can have their own gun after they get married with the approval of their husband and father. Many of them receive their gun as a gift from their husbands right after they give birth to their first son. Masoumeh borrowed her mother’s gun occasionally. Masoumeh couldn’t study as she had to help her mother and the family doesn’t allow her to go to school. Her mother says that they are waiting for a “customer” for her daughter, which in their language means a man who asked them to marry them and might give the family a horse or a gun in exchange. Khuzestan, Iran. 2018. © Newsha Tavakolian | Magnum Photos
License |

Newsha Tavakolian has photographed nomadic tribes in her home country of Iran for National Geographic. See the feature here. 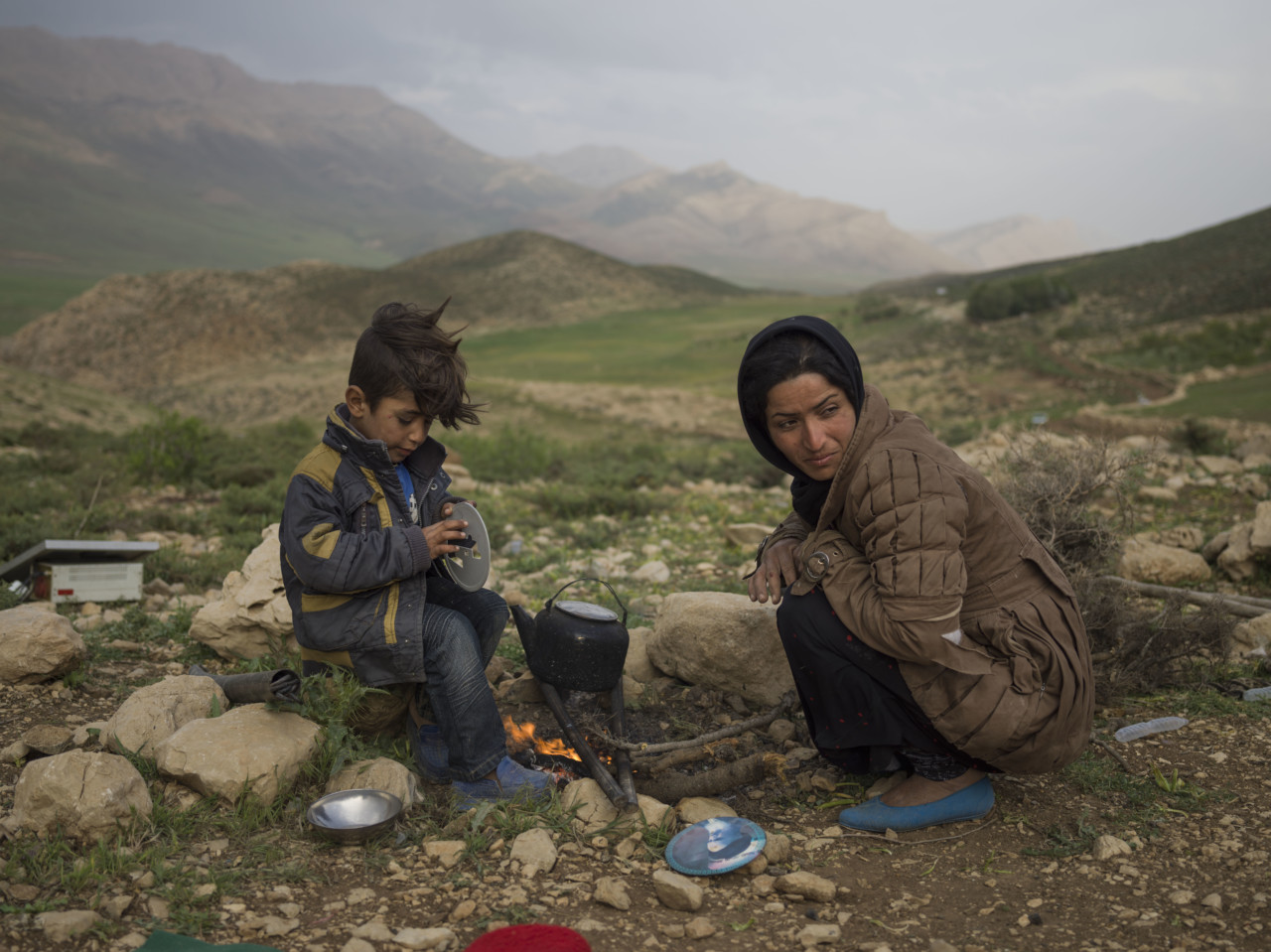 Newsha Tavakolian Shirin Khodadadi, 26, sitting with her son by the fire making tea. The Khodadadi family spent the night by the road where the driver, who they’d paid to bring them to Chaharmahal and Bakhtiari prov (...)
ince, forced them to get out of the car and he said he couldn’t drive further. They called another driver to pick them up. Zard Kuh, Chaharmahal and Bakhtiari. 2018. © Newsha Tavakolian | Magnum Photos
License |

Alex Majoli for The New Yorker

Luca Guadagnino, the Sicilian film director, producer, and screenwriter behind 2017’s Call Me By Your Name has been photographed by Alex Majoli for The New Yorker. See the story here. 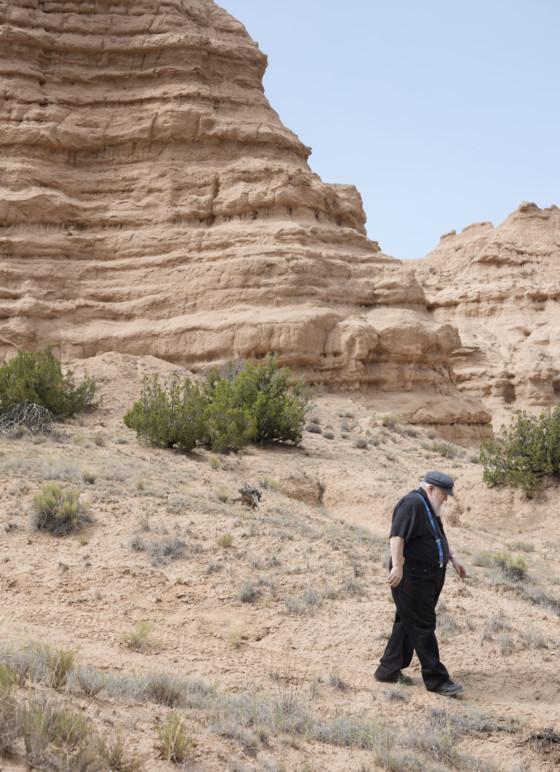 Martin Parr has shared the cultural highlights that are “on his radar” with The Guardian. Find out what theatre, comedy, art gallery and book he recommends, and why he loves Benidorm here. 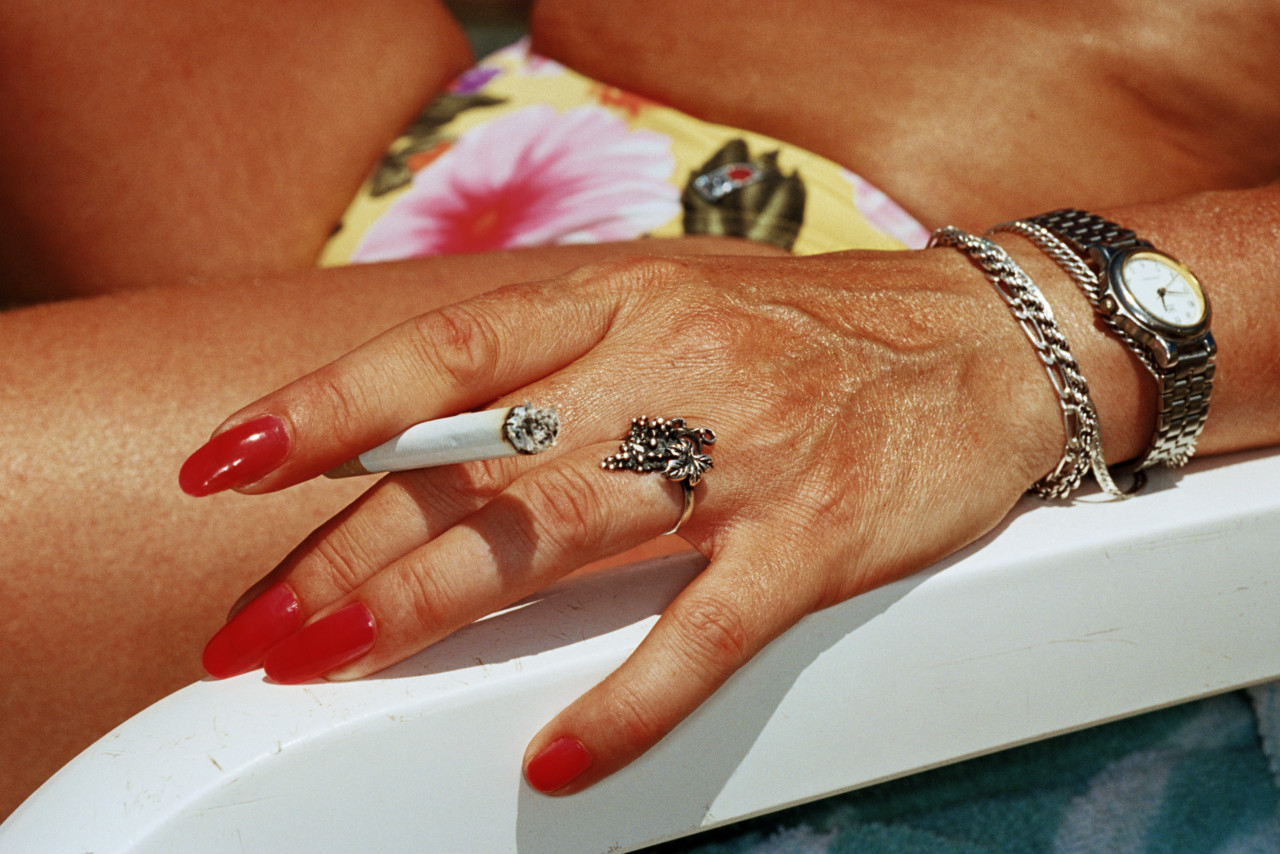 Wallpaper Magazine has run a feature on the new book Magnum China, which charts the changes that have taken place in the country over the past 80 years, as documented by Magnum photographers. Read the feature here.

Read a piece by one of the book’s editors Colin Pantall, on Magnum Photos here. 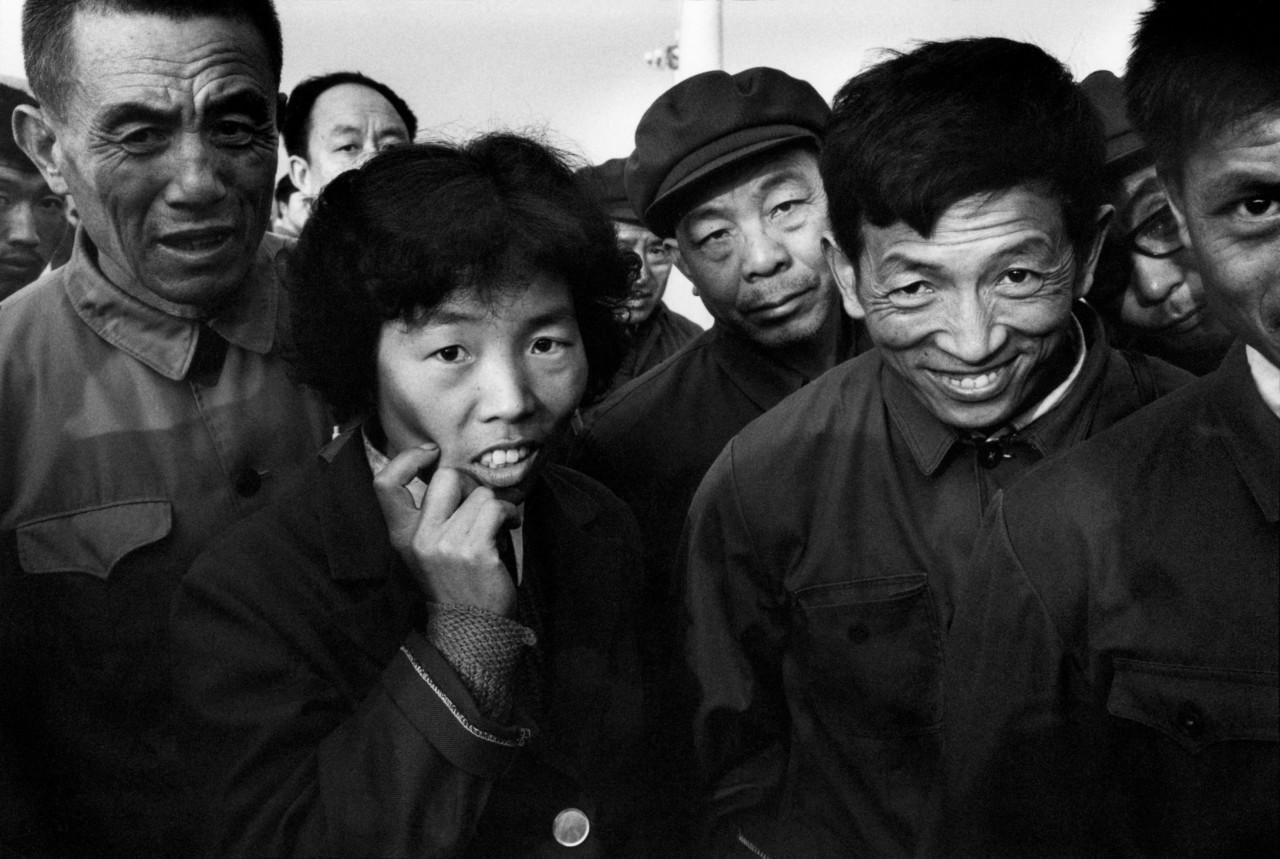 Patrick Zachmann A group of Chinese watching "the Long Nose", a term which refers to all westerners, including the photographer. Beijing. China. 1982. © Patrick Zachmann | Magnum Photos
Shop | License |

Moises Saman’s recent work captures the terrible aftermath of the country’s civil war among its Tamil minority. See it here, published by The Observer. 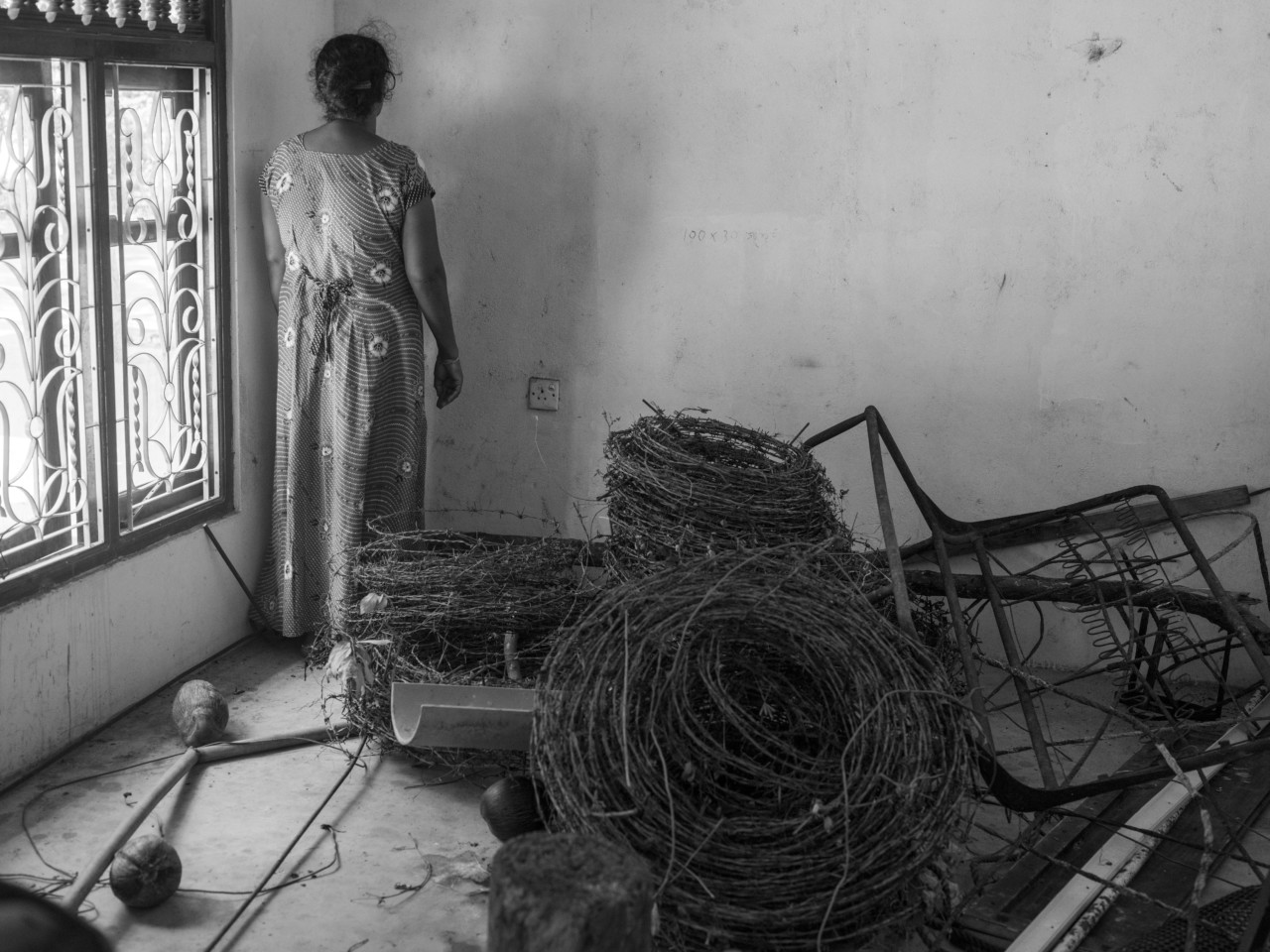