It is the richest state in the richest country on Earth. And yet, says California native, Matt Black, you have people who don’t have running water in their homes. He tells Colin Pantall why he feels obliged to speak up. 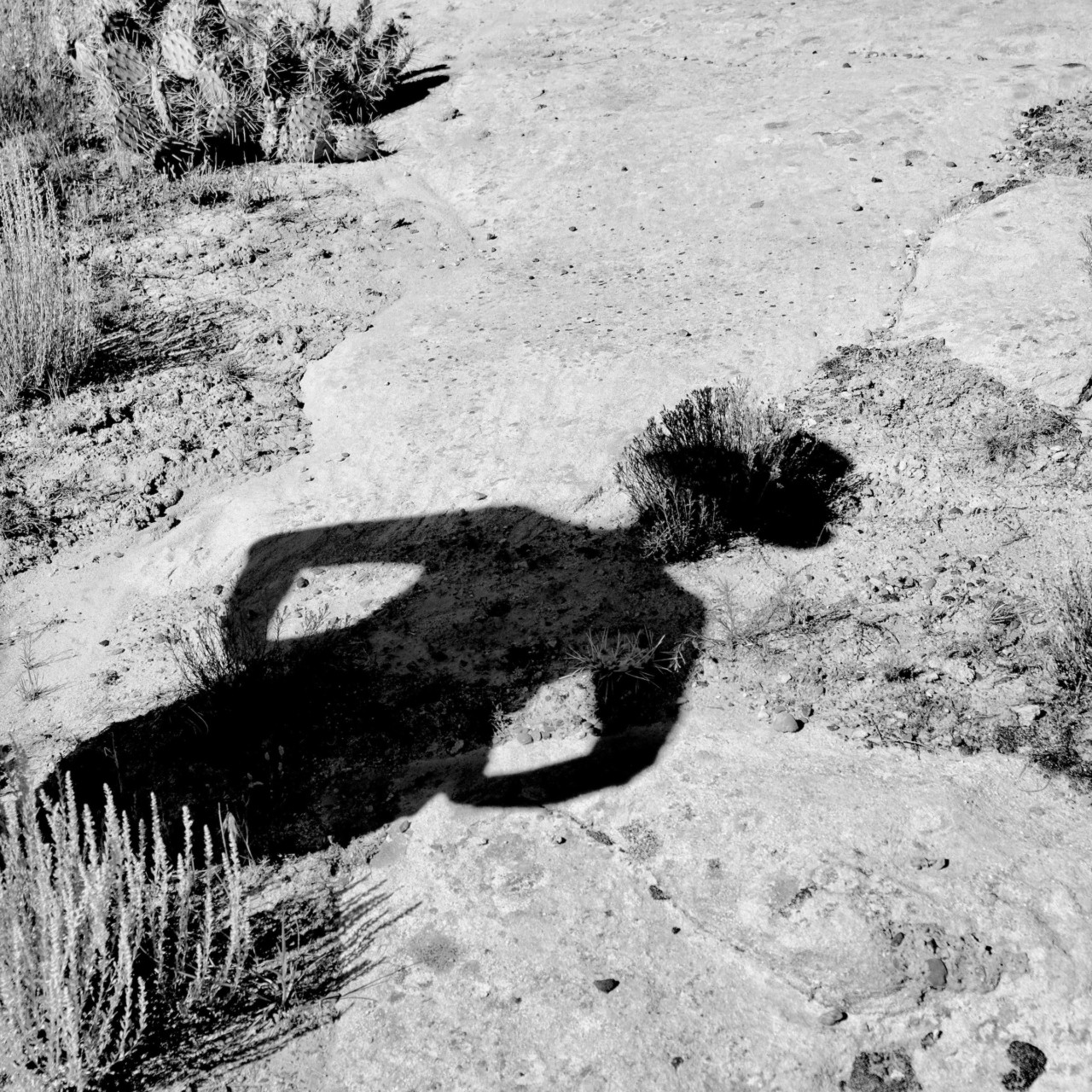 Water is the most precious resource on our planet; a resource that in many environments around the world is becoming scarcer every year. One of those environments is the Central Valley of California, home to Magnum photographer Matt Black.

In his recent book, American Geography, Black documented the complex web of economic, political, and structural biases that has led to the growth of the American underclass. Part of that project was environmental degradation and a commodified access to water. It’s a subject he continues to photograph in and around his home in Tulare County.

“The topic of water forced itself on me just by virtue of where I live and where I’m from,” says Black, speaking from his studio via video link in mid December. “The degree of change that I’ve seen here over the past 20, 30 years is just remarkable. Water is the key element to farming and agriculture in this area, because if you take away the water, everything falls apart.

“I want to stand up for this place and places like this. People here are continually getting short shrift. With all the changes being brought on environmentally, the most vulnerable people and the most vulnerable communities are feeling the brunt of that, and it’s not just kind of on the margins – it’s right in the centre of everything.”

Black grew up in Tulare County, about 10 miles from where he lives now, and he recalls his engineer father working on a lot of irrigation projects.

“I remember as a kid, during the summertime as the farmers were irrigating, all the ditches were full of water, and when you went outside, it was humid. There was so much evaporation coming off the fields that the air felt damp. Those days are just completely gone. All the flood irrigation is gone. Every drop of water counts. The era of plenty is over. 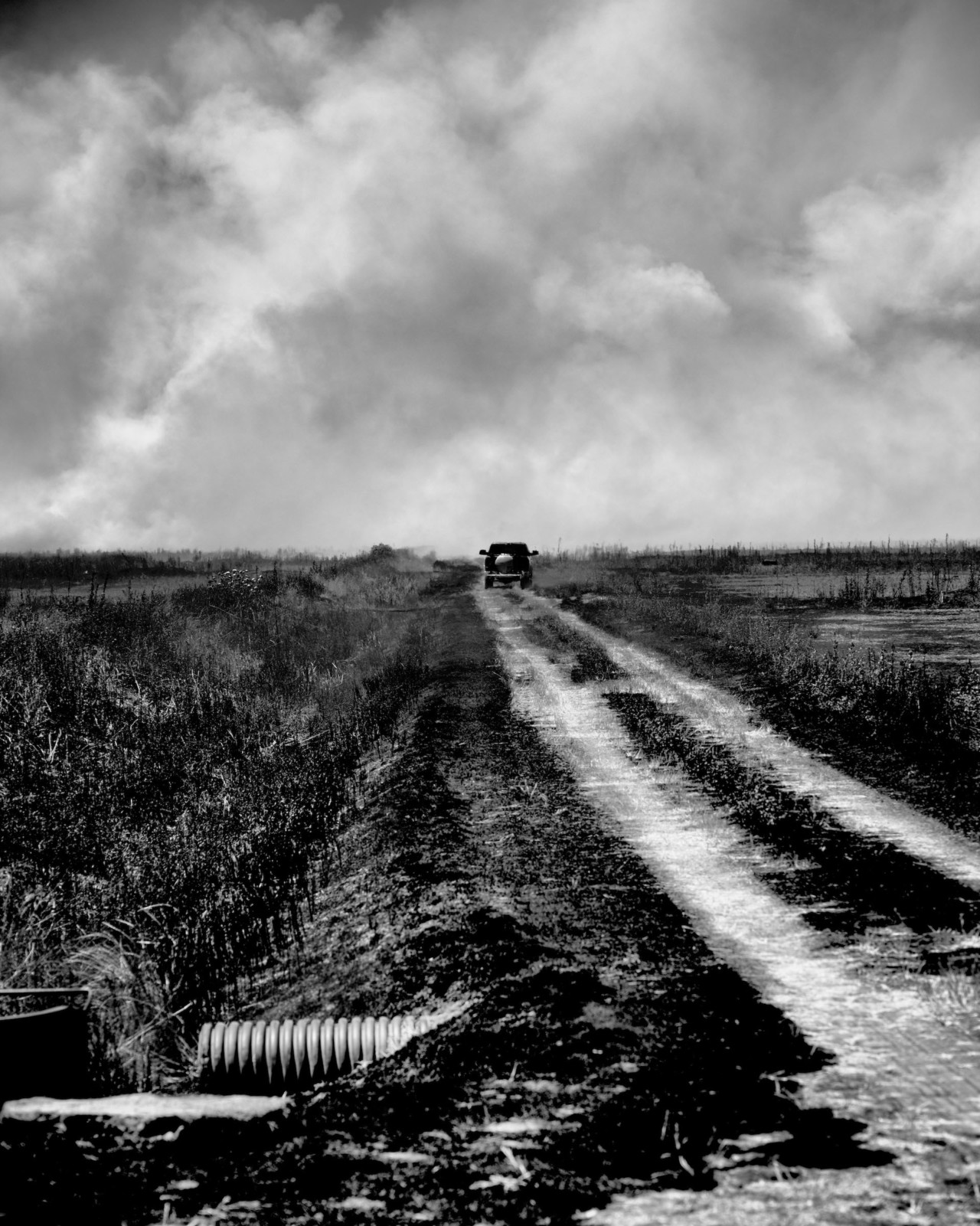 “It happened slowly, gradually, bit by bit. You would start to see water being treated differently: it became more precious. They used to just open the gates to water the fields and flood the entire field with water. You never see that any more.

“Basically, for the past decade-and-a-half, it’s been one continual drought, with a lack of rainfall that hasn’t been seen in thousands of years. The speed of the change and the intensity of the impact is frightening.

“The more arid west side of the valley used to be green from end to end. Now, these brown fringes are encroaching, and you can drive for miles without seeing any green grass, anything being planted or worked. They’re doing everything they can to reduce demand for water, but California’s a very diverse state. And we have these enormous cities that have the priority to get the water. So agriculture is the first to see this change occur, to have hundreds of thousands of acres of farmland that have just been abandoned.”

This abandonment is visible in Black’s pictures of uprooted almond trees: the almonds are for export and use a gallon of water for every single almond. It is visible in the falling water levels in the canals; visible in the desertification that is starting to eat away at the patchwork of once-green farmland.

A Farming Economy
“It’s going to probably end agriculture in California – where half of the country’s food comes from,” Black notes. “And with that will come the end of this connection to the land which is another thing that farming represents. And so food becomes only a commodity, something that’s airlifted in from thousands of miles away.

“There are big operations, and then smaller, family-run farms. But even on these big operations there’s still people with their hands in the dirt and their heads in the sky. If a place like California no longer has agriculture, I think we lose a lot. It’s a fundamental human thing, and without it, I think we’re less of a society and less of a people.

“These little farmworker communities are getting hit on both sides: the work is drying up in the fields, and the water’s drying up in the town’s supply. These are super hardworking places. 5:00 a.m. is rush hour, where people are getting up and getting out to work first thing, working all day out in the fields, and then coming home, sometimes to no shower afterwards. "Without agriculture, we're less of a society and less of a people."

“In the middle of the richest state in the richest country, you have people who don’t have running water in their homes. The people who work the land, the people who are getting their hands dirty, are often also the most vulnerable economically. They are the ones getting hit first and hit the hardest. That is just a truth that is self-evident. But it’s also really remarkable. They are the least culpable for climate changes,” says Black.

“Access to water should be a basic human right. Water shouldn’t become yet another commodity that can be sold and traded just like anything else. There needs to be an acknowledgement of just how fundamental this is to life. The fact that we’ve allowed these inequalities to build up over time is just accepted as normal; there’s nothing normal about it.” Across the country, Black has photographed in towns where access to water has been restricted. In Flint, Michigan, and Newark, New Jersey, lead has contaminated water supplies. The Navajo Nation’s water supply is contaminated with uranium. Drinking water in Martin County, Kentucky, was sullied by coal ash. And in Denmark, South Carolina, tap water tainted by rust had HaloSan added, despite the chemical having never been tested on humans – until the humans of Denmark, South Carolina, started fearing for their health.

The commodification of water is what happened in Detroit, Michigan, Black notes. “When the city declared bankruptcy nine years ago, the debt holders focused on the utility system as one of the few sources of cash for the city. Anyone who couldn’t pay their bills had their water supply shut off. There are still hundreds of households across the city of Detroit that have no running water. People are living in this major American city without running water for almost a decade. 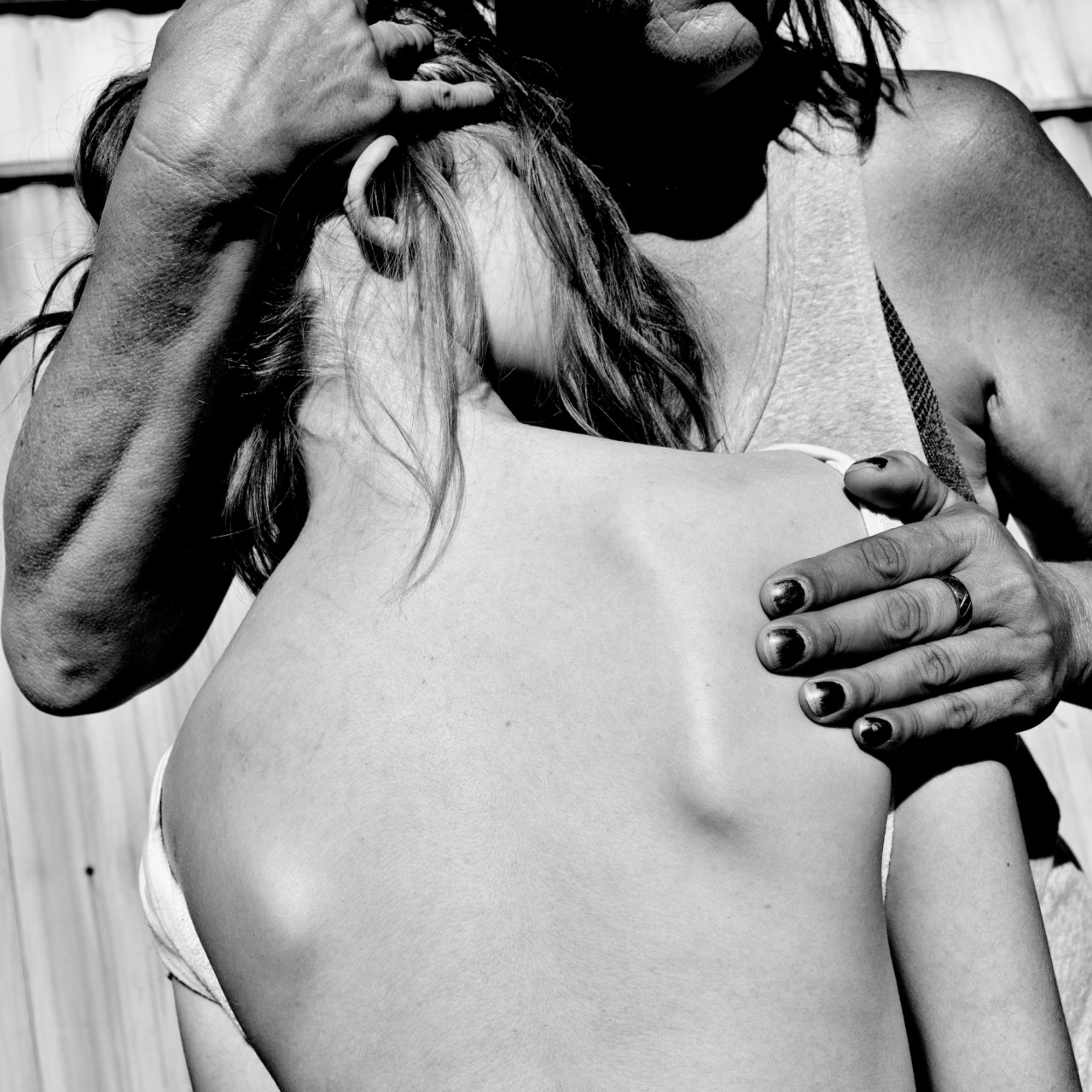 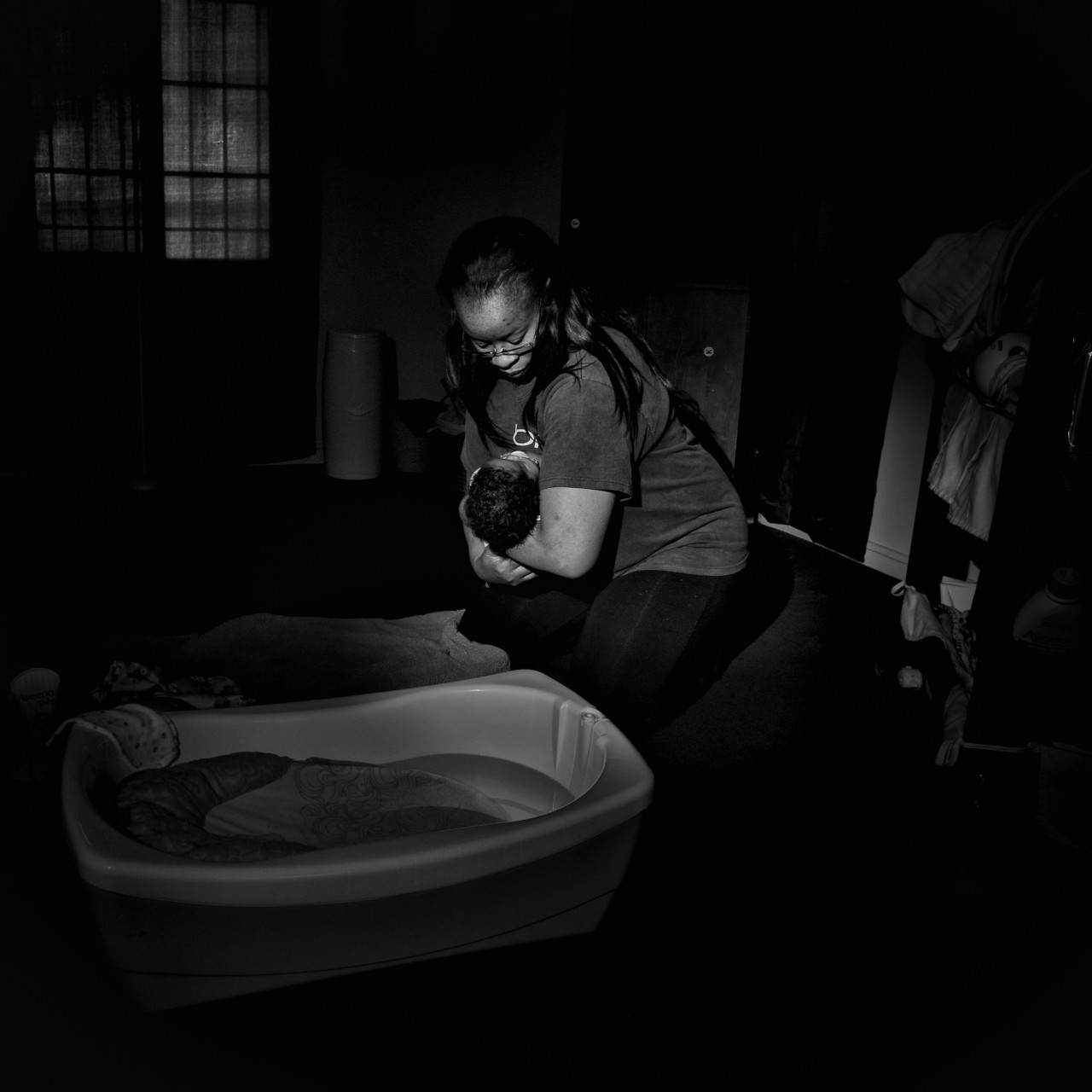 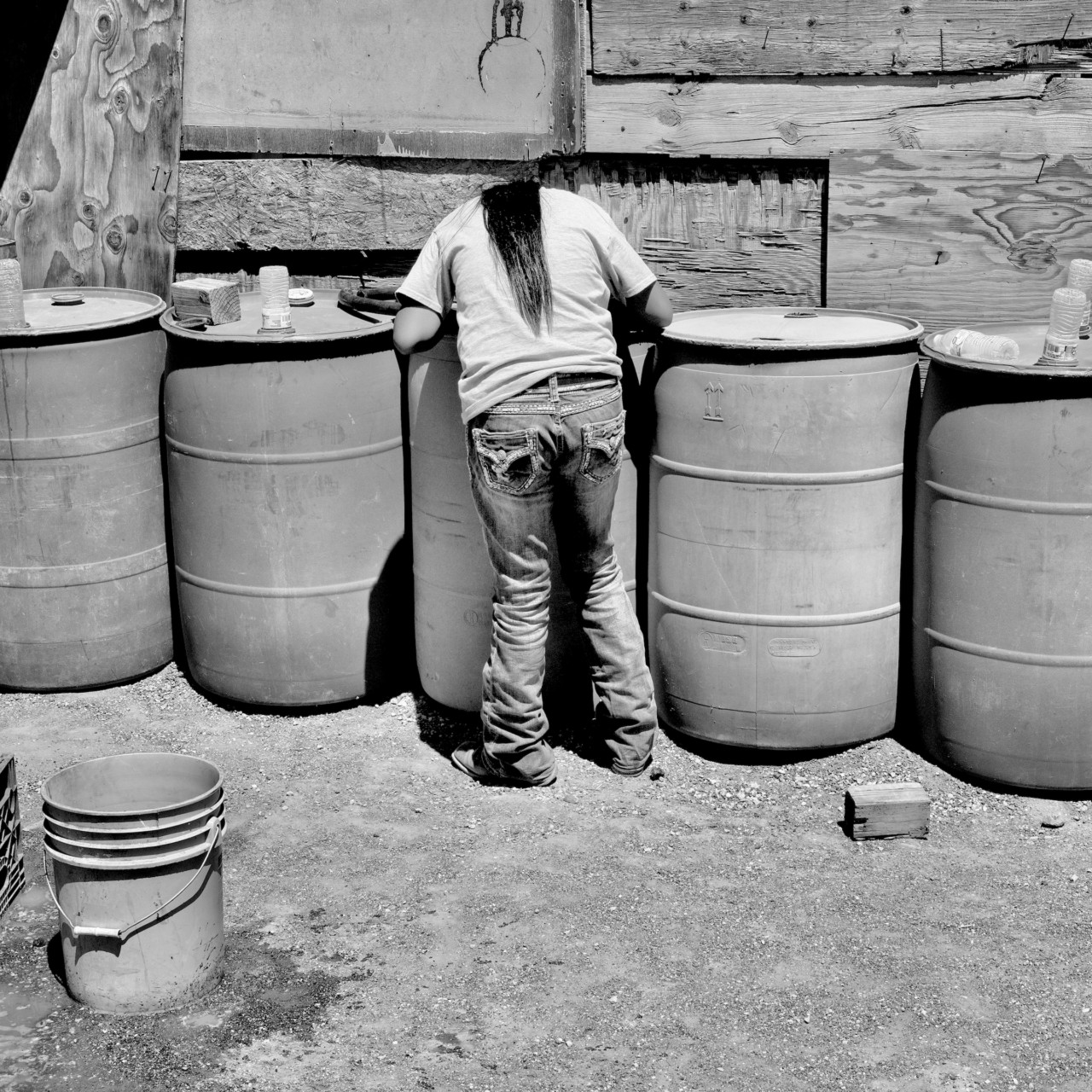 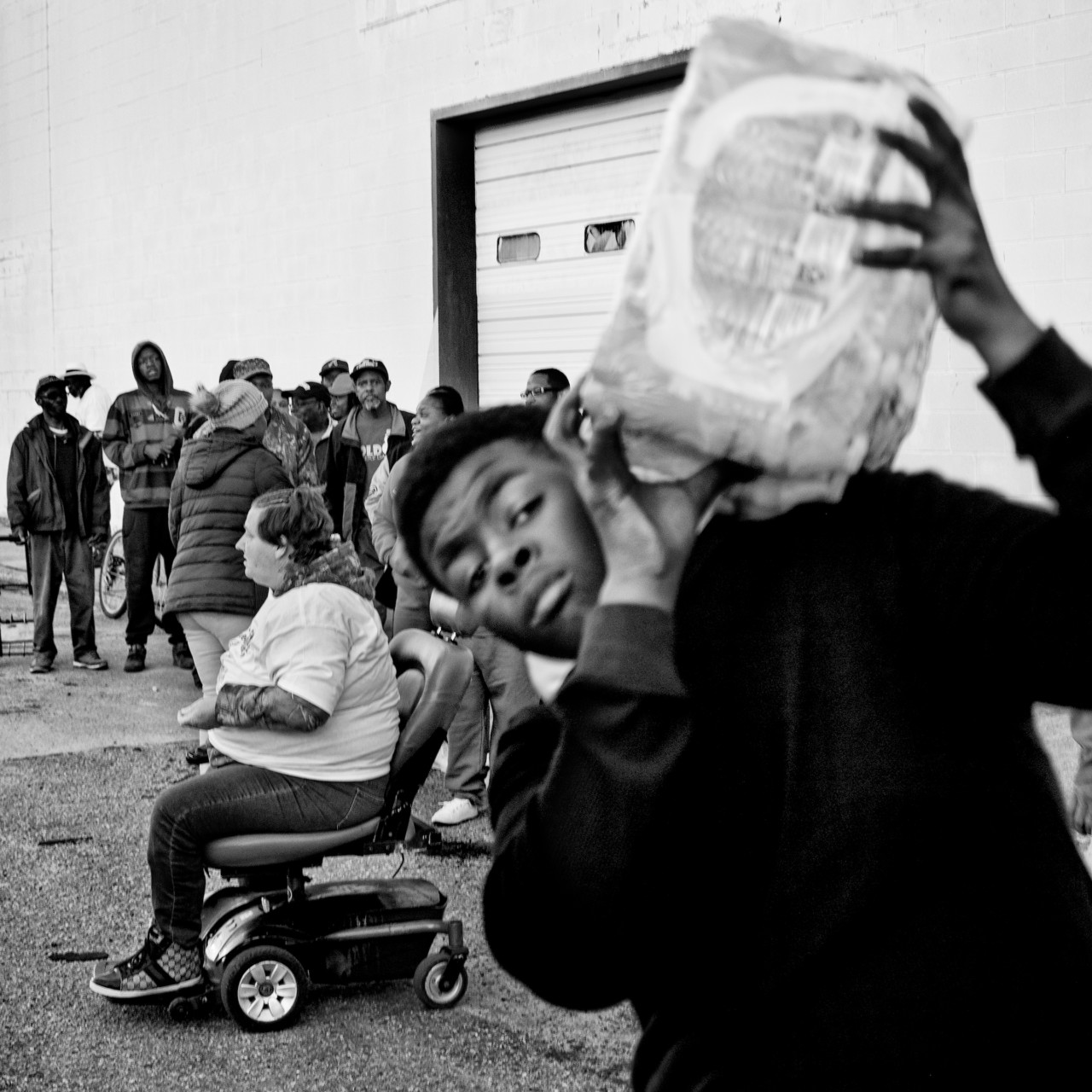 “It’s just a question of will. If we can deliver water to a megalopolis in the middle of the desert, we can deliver water anywhere. My goal is to address the concerns of the place I’m from, and, you know, I feel obliged to do it. But all the change seems to be going in a negative direction instead of a positive one. My roots as a photographer are in this place. To the extent that I can, I try to stand up for it and for communities like it.”