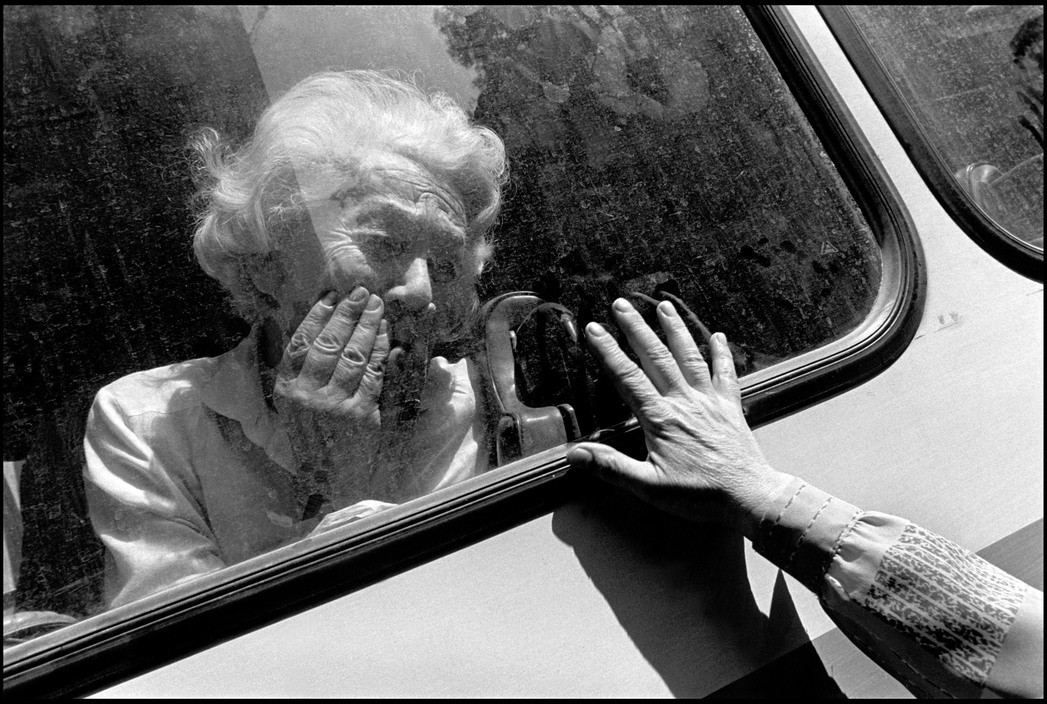 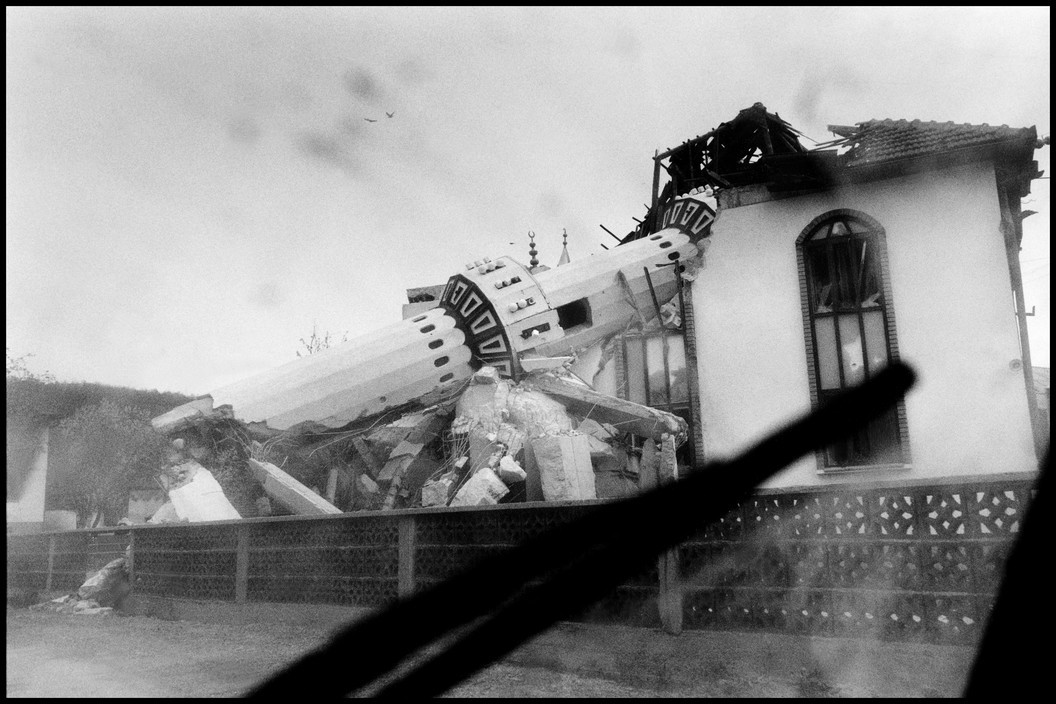 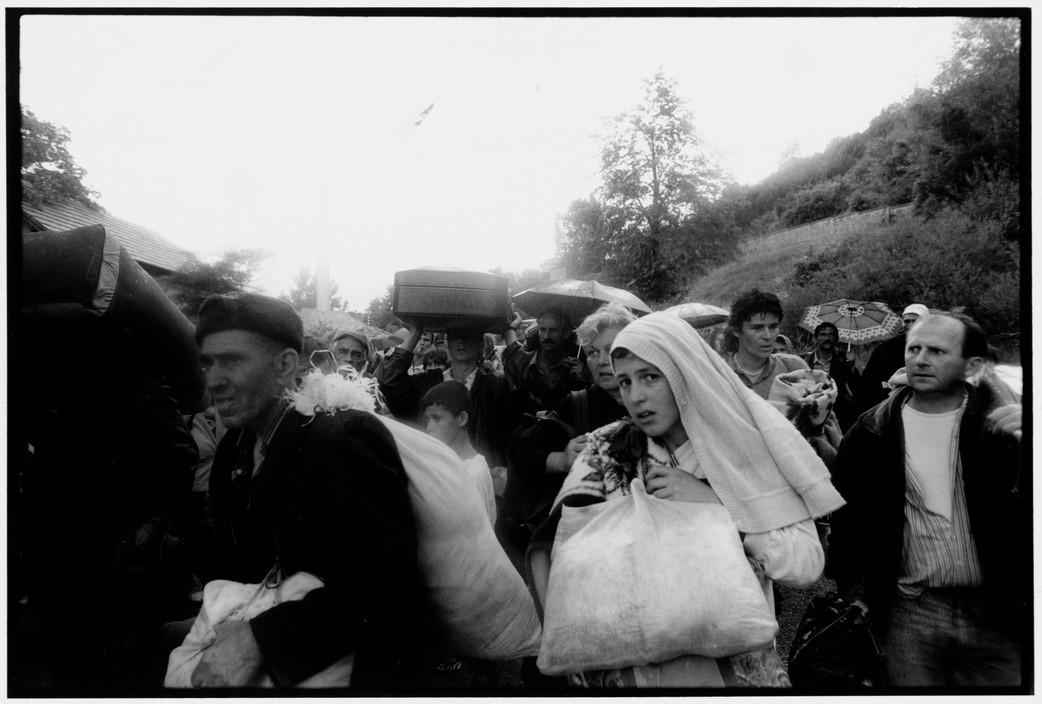 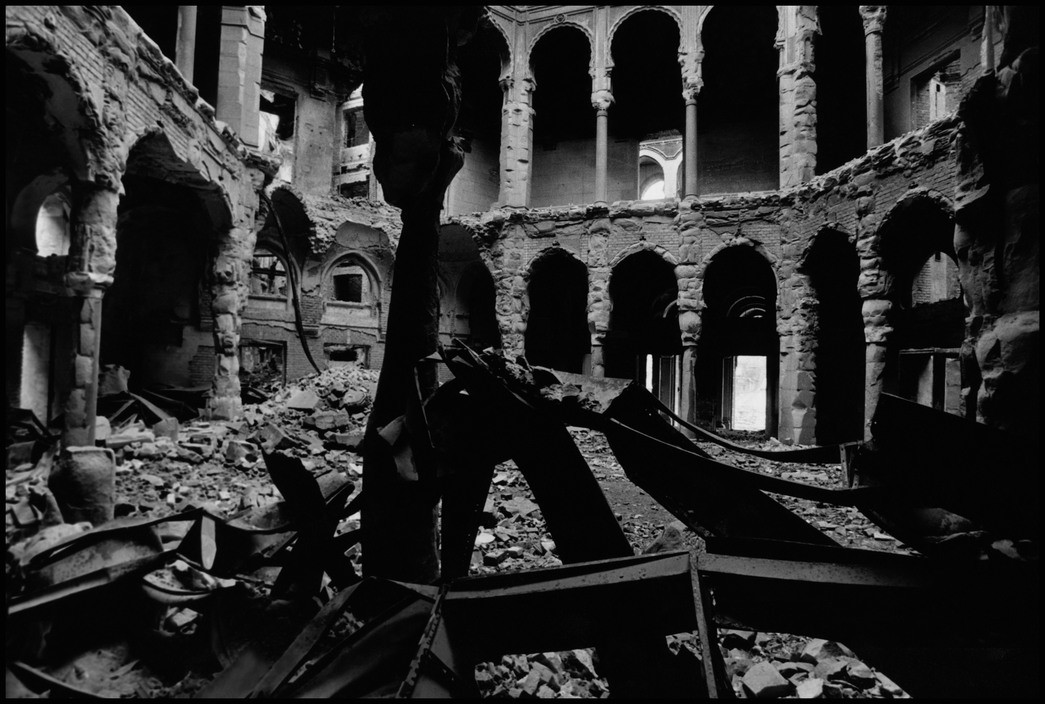 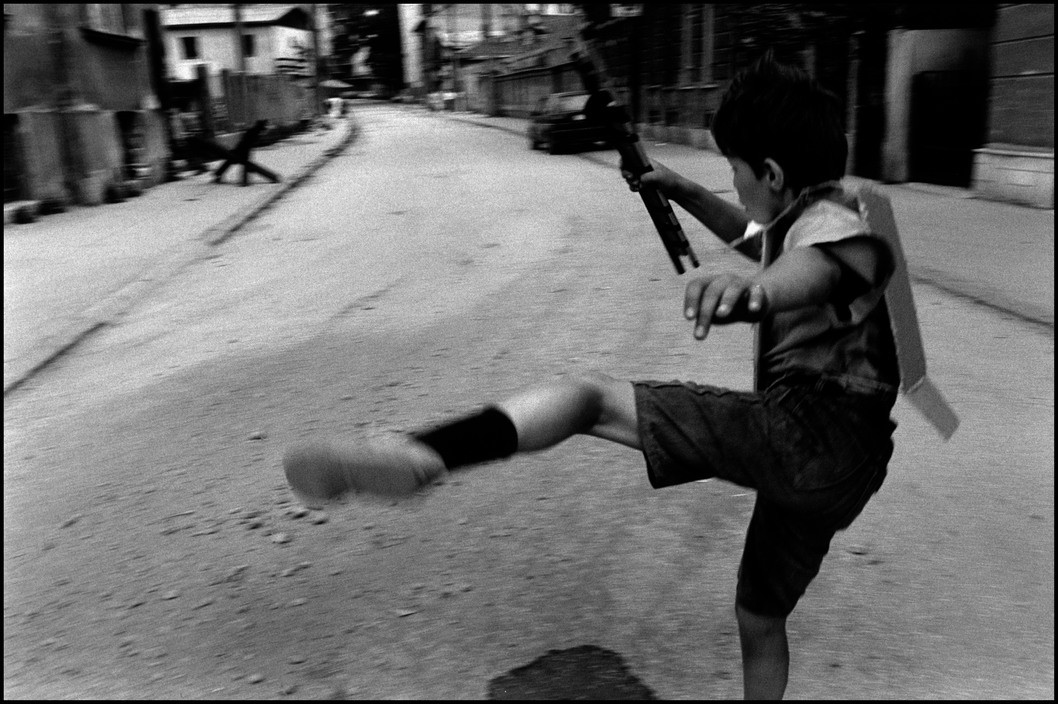 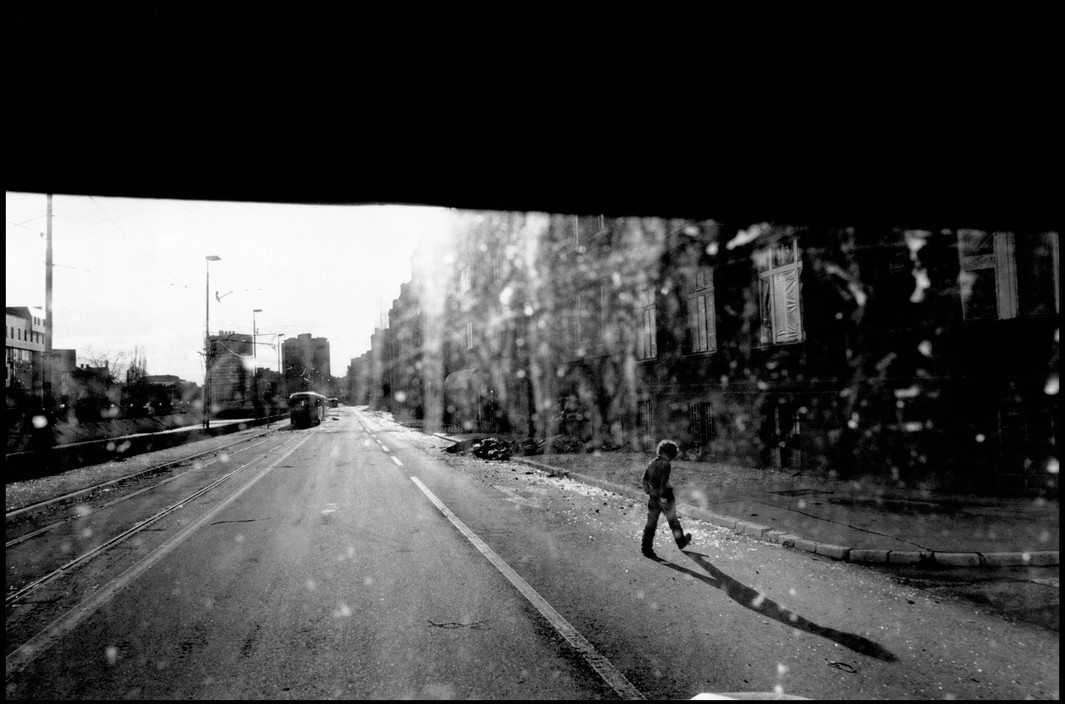 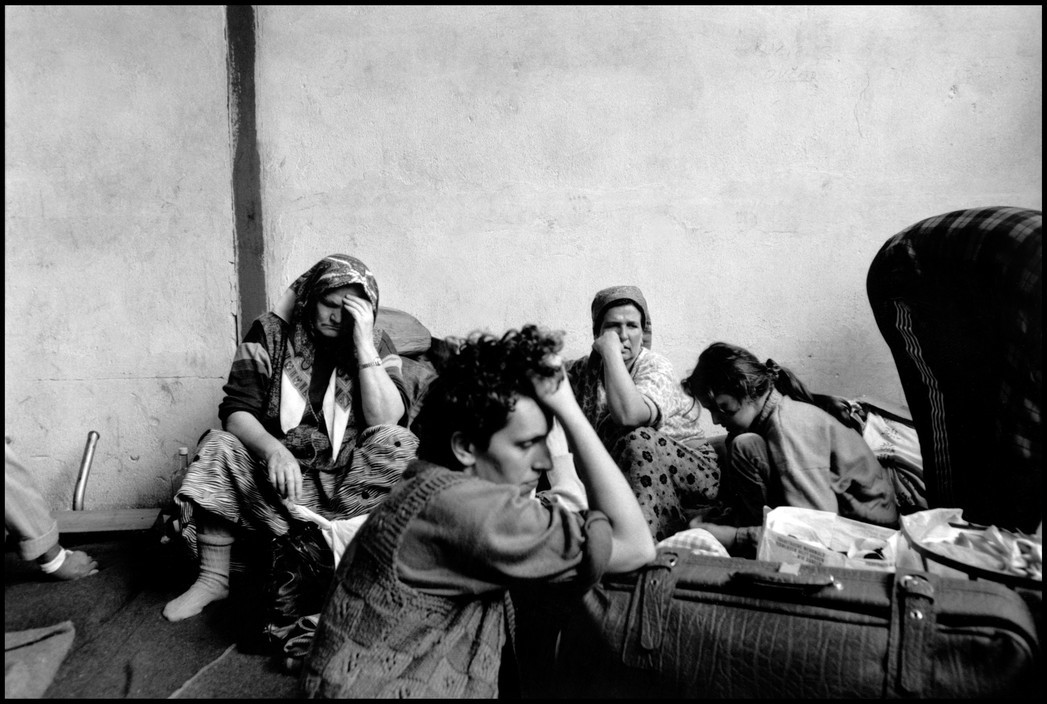 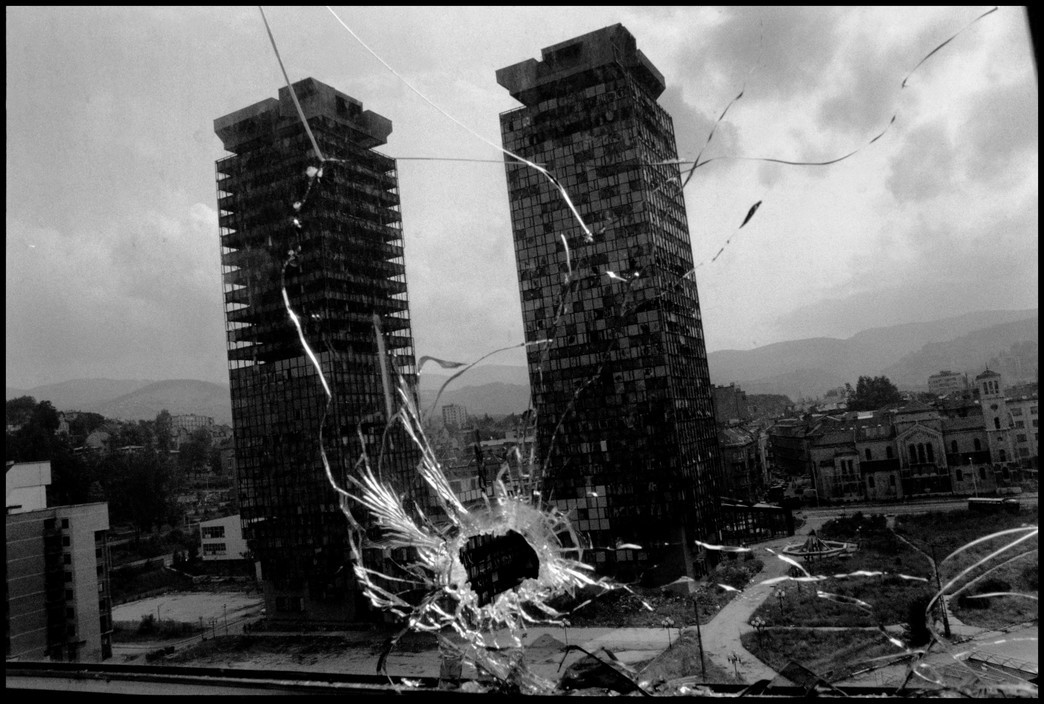 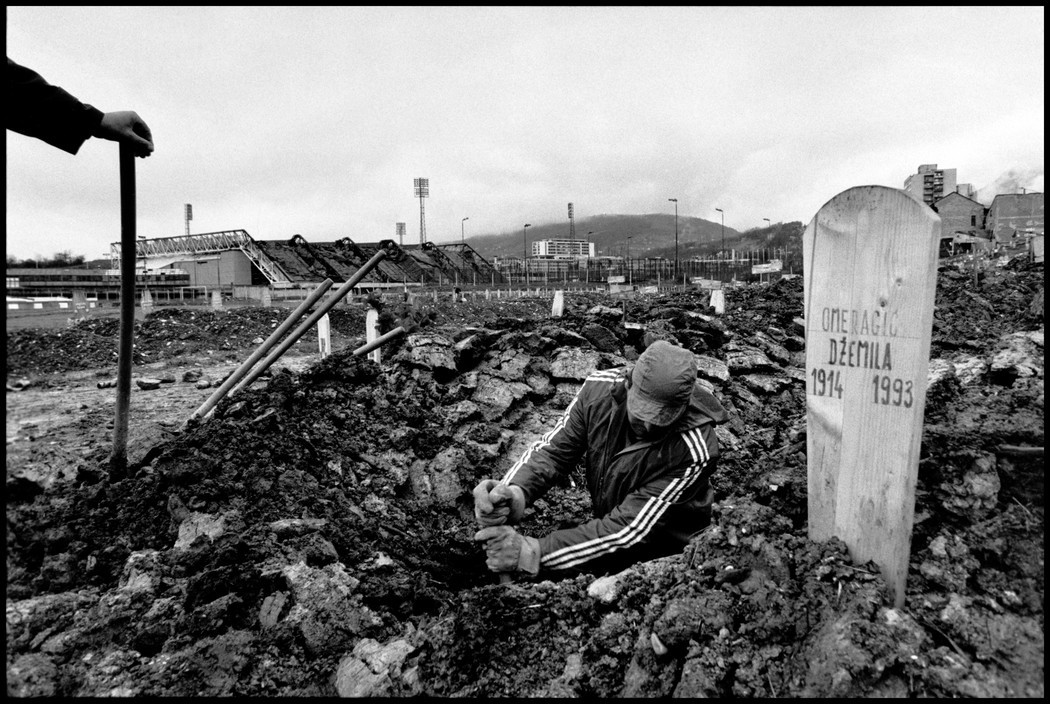 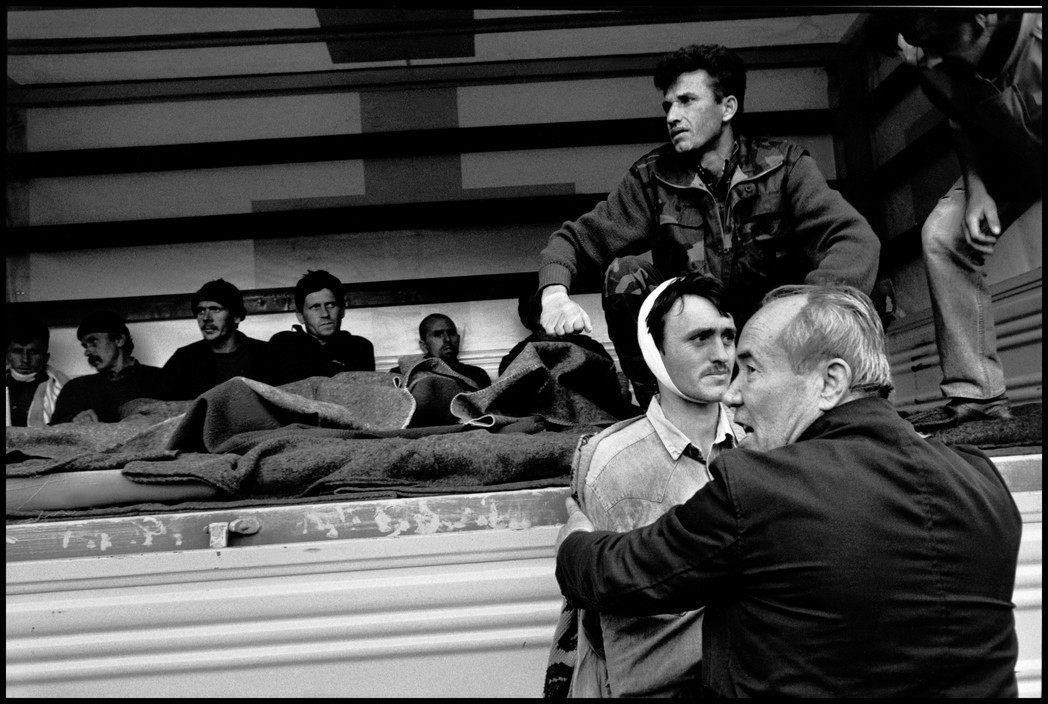 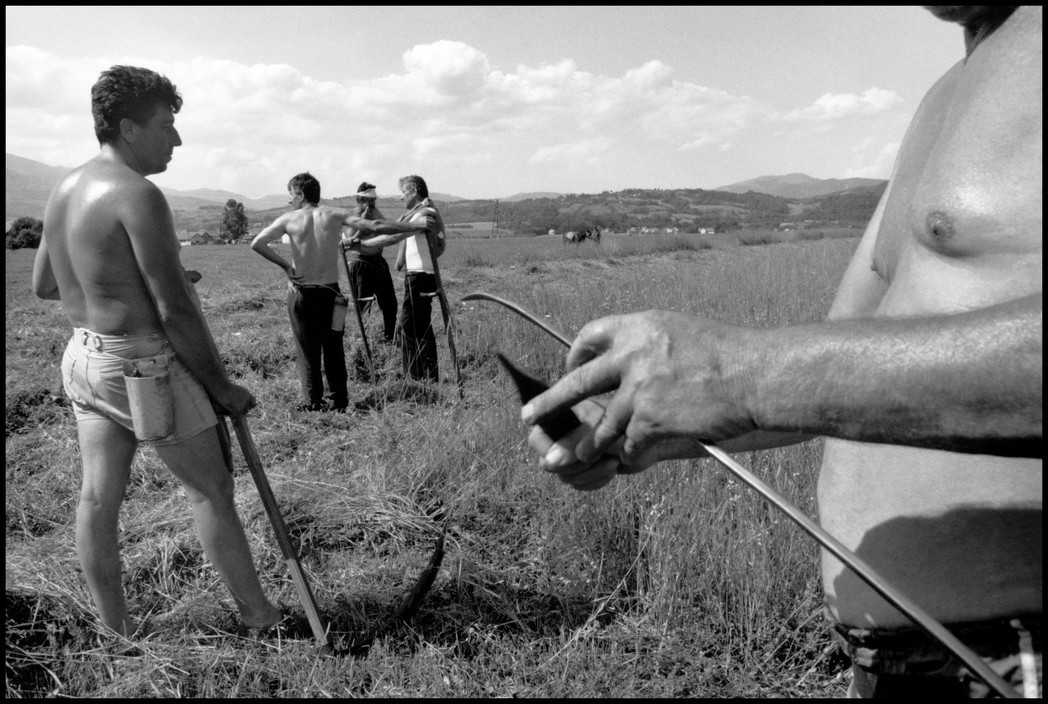 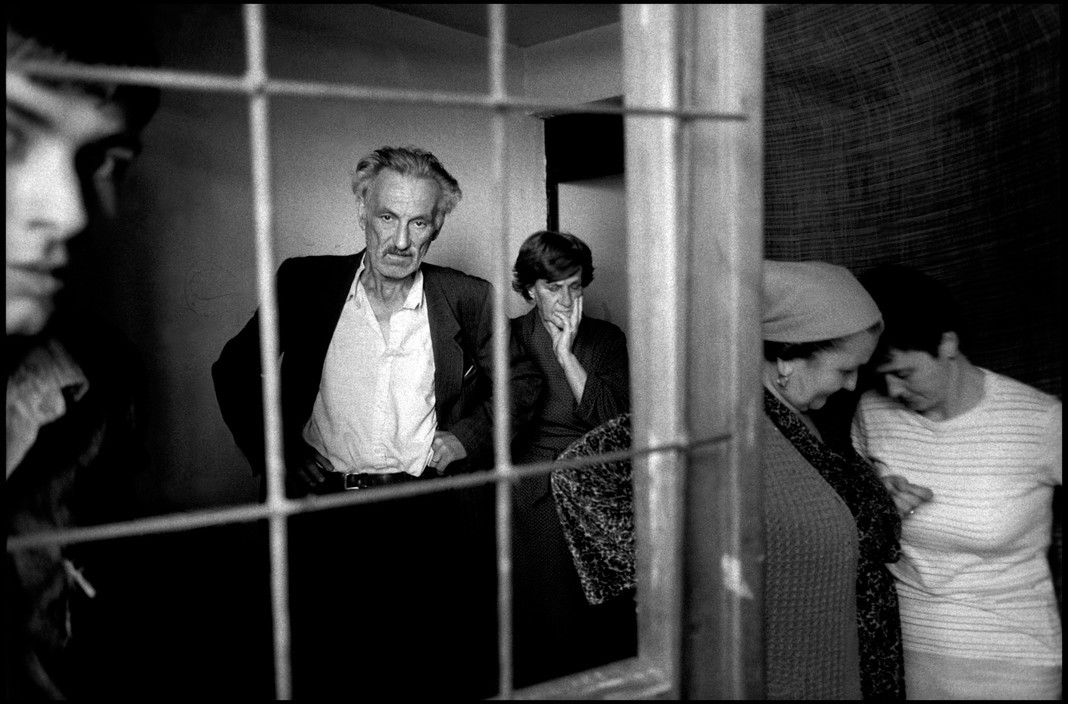 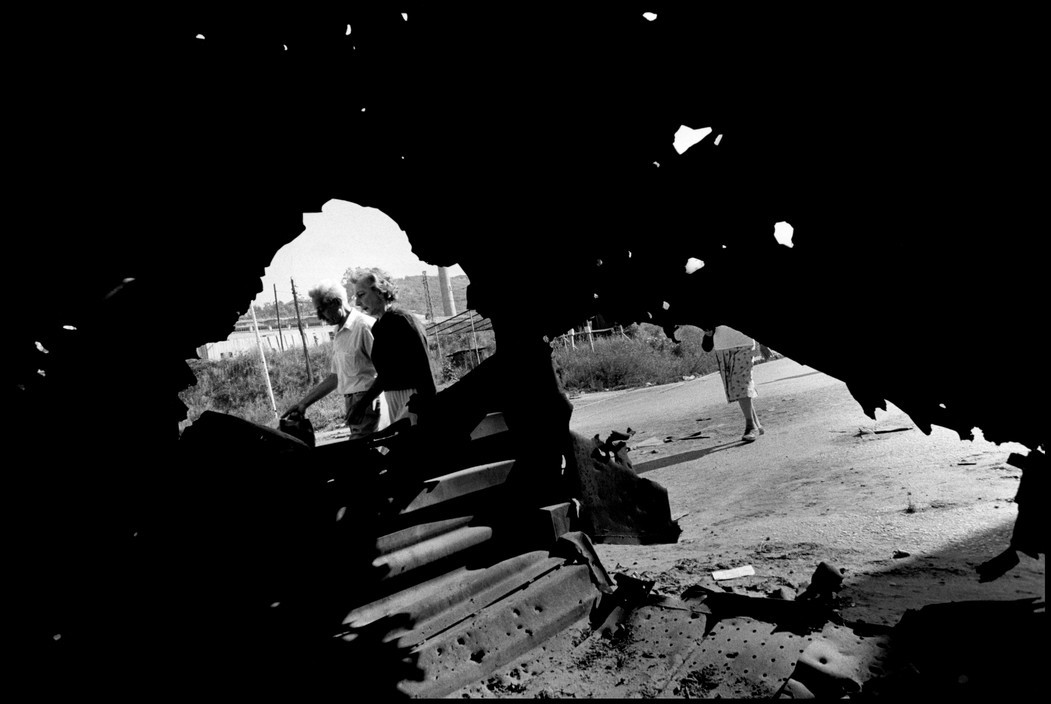 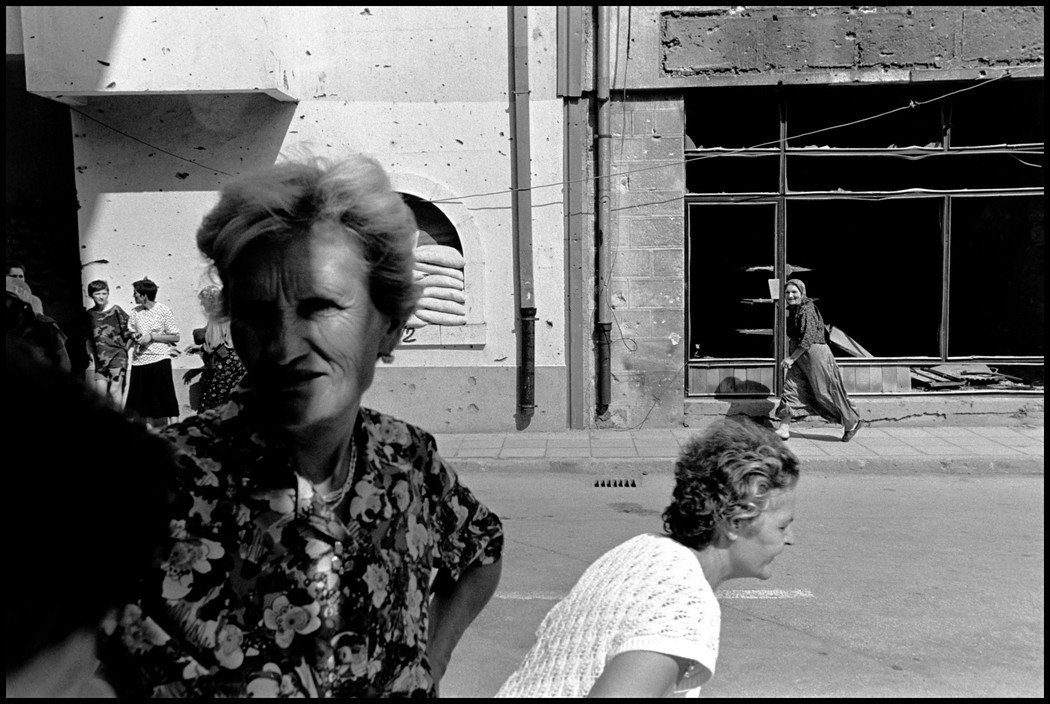 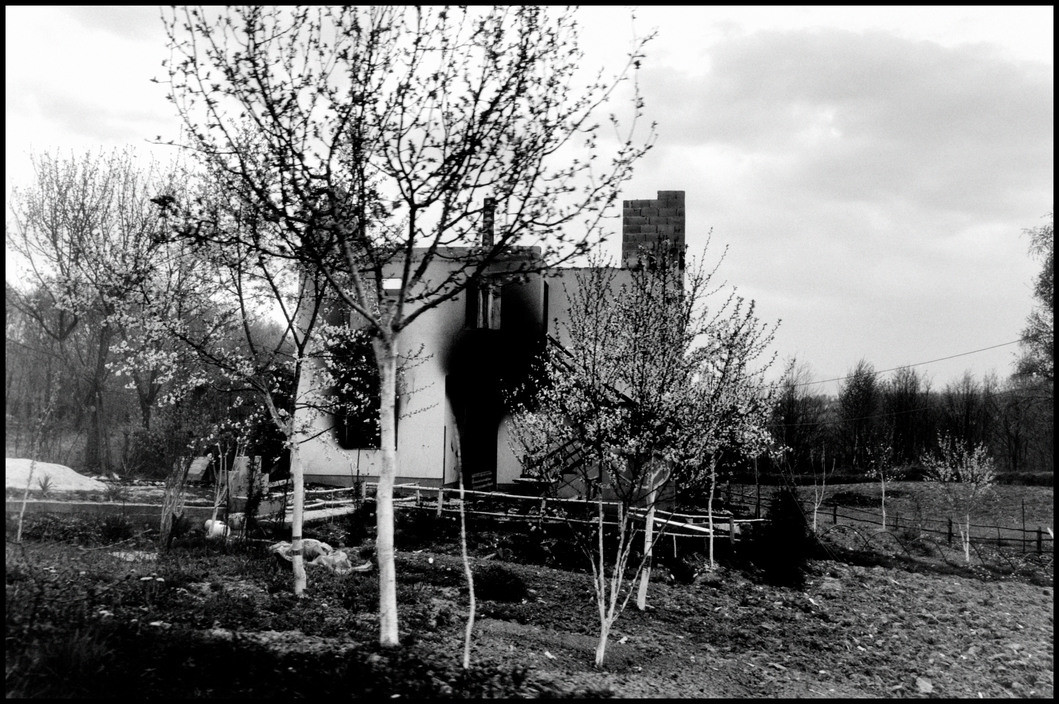 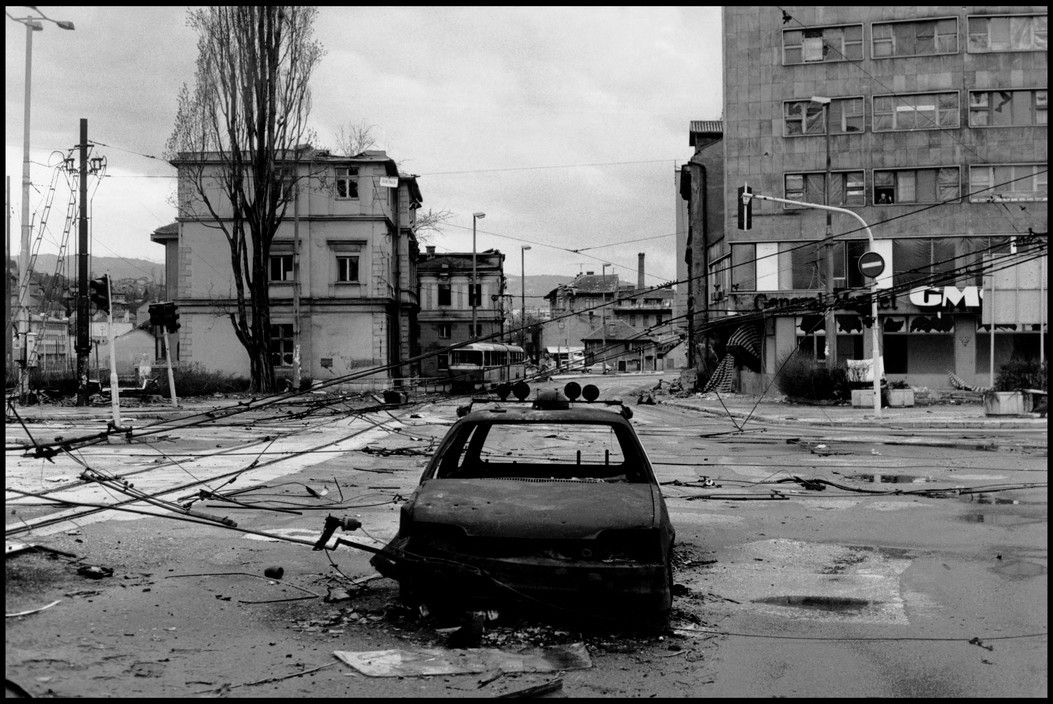 Farewell to Bosnia covers a period of almost six months during 1993, focusing primarily on the areas of Tuzla, central Bosnia, Mostar and Sarajevo. The work was initiated by Francois Hers, who was familiar with Peress’s ongoing project about the reemerging patterns of hate and discrimination in Europe – Hate Thy Brother – and who, because of his contacts in Bosnia, felt the urgency to have a visual documentation of what was happening in the Balkans. Peress set out to provide an illustrated continuum of experience and existence, and only having a small period of time could not explain everything that was occurring in Bosnia; not the historical intricacies of the breakup, nor the weight of blood that soaked the region.

In a sense then, Farewell to Bosnia is a raw take, a ‘non-edit’, and the straightforward presentation of the pictures – entire villages in ruins, refugees fleeing, mass graves uncovered – strike the viewer with a force that is both quietly unnerving and forcibly brutal. No one can leave this book without being moved by what was witnessed, least of all Peress himself. As he writes, “Here starts the curse of history, an illness that may not be so personal anymore. It may be a very European disease, after all, with a double-edged nature: you are damned if you remember – condemned to re-live, re-enact the images of your fathers; you are damned if you don’t – condemned to repeat their hypocrisy.”