Miguel Rio Branco’s Maldicidade is a visceral vision of cities in all their gore, sensuality and beauty 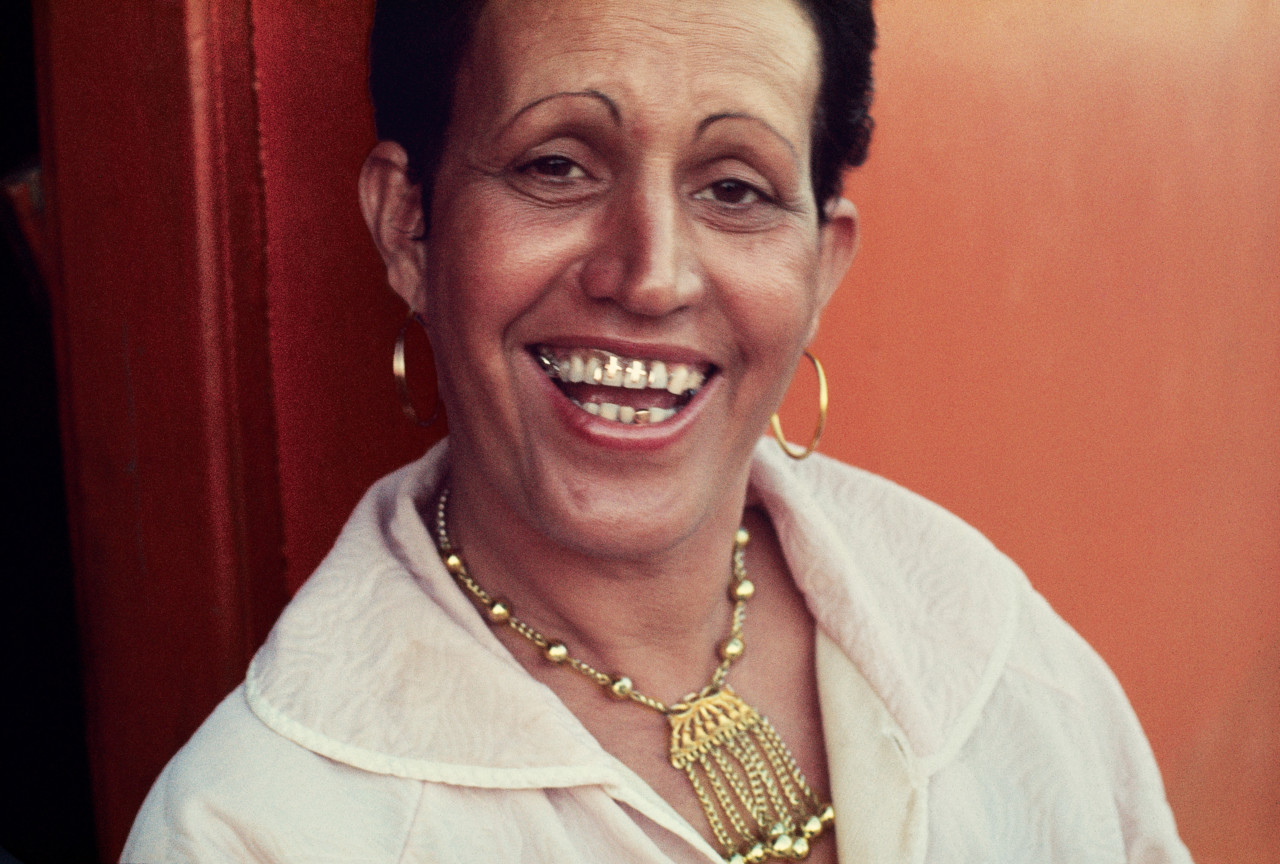 Painter, filmmaker and photographer Miguel Rio Branco’s book Maldicidade , was first released in 2014 by Brazilian publisher Cosac Naify, and saw Rio Branco sequencing and pairing photographs he had made in metropolises around the world. The child of diplomats – Rio Branco spent his youth between Switzerland, Portugal, and Brazil, before eventually travelling to the United States. The disparity of geographical locations in the images he included in the book was overpowered by his cohesive vision of the human condition, and indeed in the condition of our great cities.

These metropolises are his focus, the ‘ant nests’ where we cluster, their dirt and violence, as well as their allure, sensuality and beauty. The photographer’s at times almost monochromatic employment of color as well as these visceral themes of city life – meld the images together. Divested of caption information as they are – stripped of place and time – the impression of cities we get is neither positive nor negative, they are merely a universalising, pulsating reflection of humanity’s baser instincts, of the disparity between rich and poor, the thin line between ugliness and beauty.

Maldicidade has been re-published now, in an extended, large-format edition, by Taschen – more information can be found here.

Here we share a text, by Rio Branco, about the work, cities, and humanity. 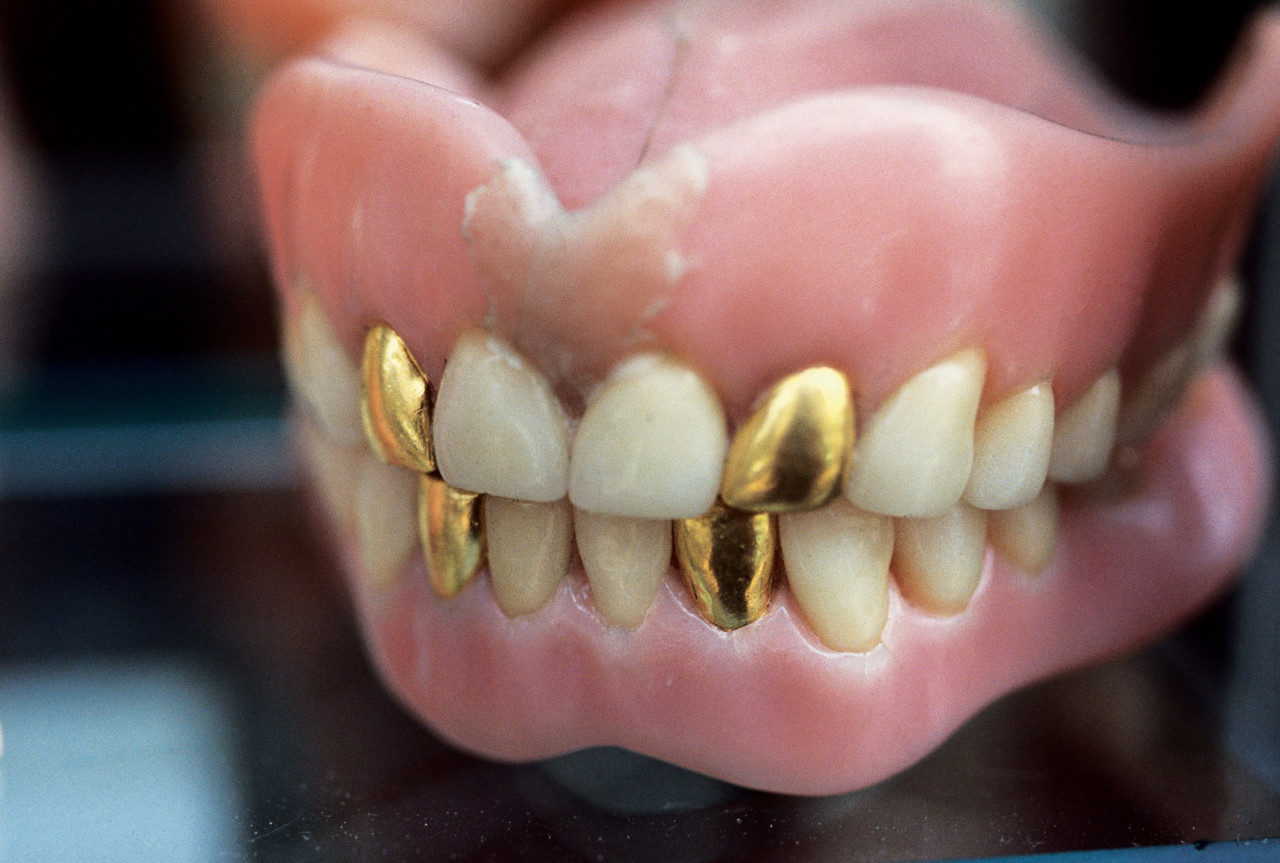 My most interesting books, the ones that truly are books, rather than catalogues full of beautiful pictures that art-dealers could show to collectors, are like works in themselves. They are like written books in their flow, and accordingly the author at times feels the need for some changes to be made to the ‘text’ – due sometimes to variations in rhythm, concept, or tensions that will become more intense or less intense over time. The change of size in this new edition of Maldicidade makes another change: in the flow of the ‘writing’.

So, the two Maldicidades are indeed different – even if the core material and its intensity is unchanged. One version, the first, being more like a pocketbook in format, brought greater attention to the flowing of concepts, ideas and the intense conflicts between images. The new book, larger in size, somehow seems to slow the subject matter down, and with more images included overall, it enlarges the discourse, the individual strength of the images brings another lecture. "Even if we will always find great people in these megalopolises, the cities are sick. Sick due to gigantic amounts of fear and paranoia..." 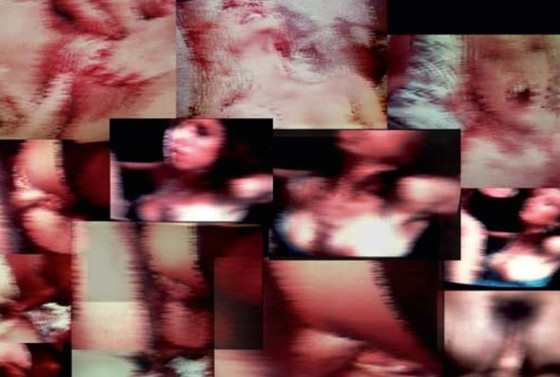 In 1978 I created an exhibition about Brazil called Negativo Sujo. Its focus was on this country’s still-raw society. Ever since then, and through the use of collages and the juxtaposition of images in creating visual poems, my work has always dealt with dualities: between life and death, between pain and pleasure. These are the entities that drive the world we live in.

Maldicidade was a first draft of work made from all those years that I had been seduced and disgusted by the huge metropolises, the cities that draw in more and more people, lying to them, telling them that cities are the only hope for a good chance of survival. The cities that encourage us to hold each other’s hands because the natural world outside – that jungle – is dangerous, uncontrollable!

This book was to me a cathartic statement: even if we will always find great people in these megalopolises, the cities are sick. Sick due to gigantic amounts of fear and paranoia, sick because of how little people really help each other, more focused as they are on trying to survive the best they can. And they are sick also from the enormous disparities between rich and poor, something that will never really be solved in cities that have millions of inhabitants. 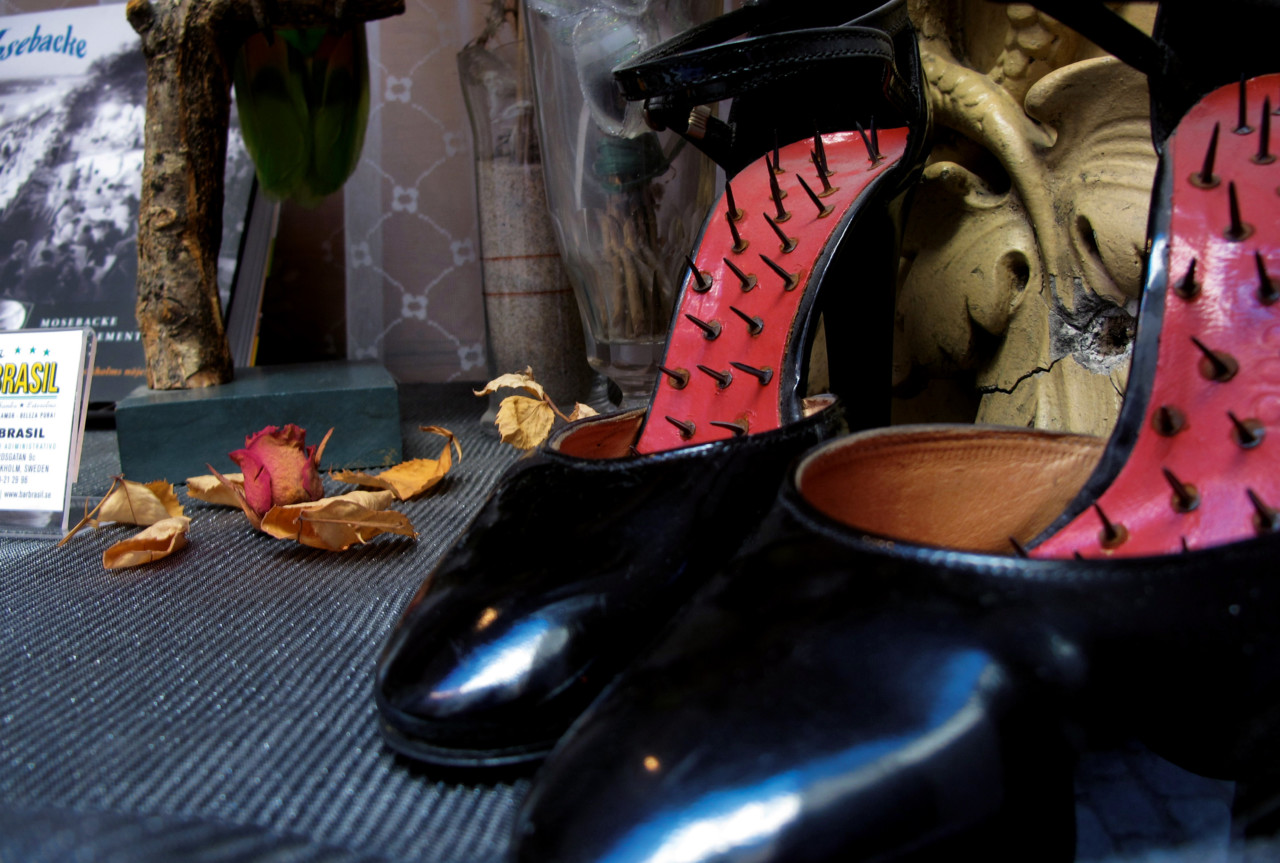 "Having made most of my photographs in these cities, I created this book outside them, living near the trees that protect me" 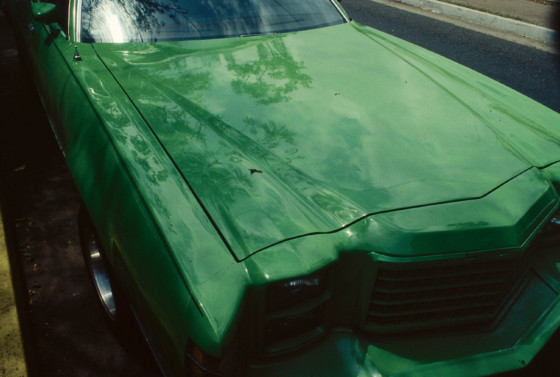 The book for me is just a statement of my feelings and a lot of time those feelings are contradictory. I am myself attracted to those shiny jewels, the cities were I did and still do meet marvellous humans beings. The cities were I found love as well as hate, even if I always tried to bring my love away with me from the chaos…

Having made most of my photographs in these cities, I created this book outside them, living near the trees that protect me, a few hours away from one the most beautiful cities in the world, Rio de Janeiro, which is today a ruin of fear. Having a world so beautiful and generous, even if it does have its dangers, and when equipped with the communications technology we have today, why are we still living in these ant’s nests? "I’m visceral, maybe because I cannot be anything else..." I am also a painter, as much as I am a filmmaker or a photographer. Making a good photograph was never enough for me, I always felt a need to create sentences from photographs: rhythms, conflicts and tensions between images as well as pleasant melodies in other constructions. I did a show at the Magnum gallery at Grand Augustins in Paris, in 1985 – called Heart Mirror of the Flesh – where compositions were made using pictures put together in many different ways: my best compliment on the work was from Dennis Stock, a photographer who lived among filmmakers. Stock said that my problem was that I was trying to ‘make music with photographs’. I guess that was the greatest compliment I ever had in my life.

Because that’s the point in what I do, whether with photographs, paintings, audio visual work, or multimedia installations. I can be happy if a lot of the pictures I make might be beautiful, but this is not enough for me. The work has to drive me, and the people who see it, into some other state of mind. Something more than a purely aesthetic mood. 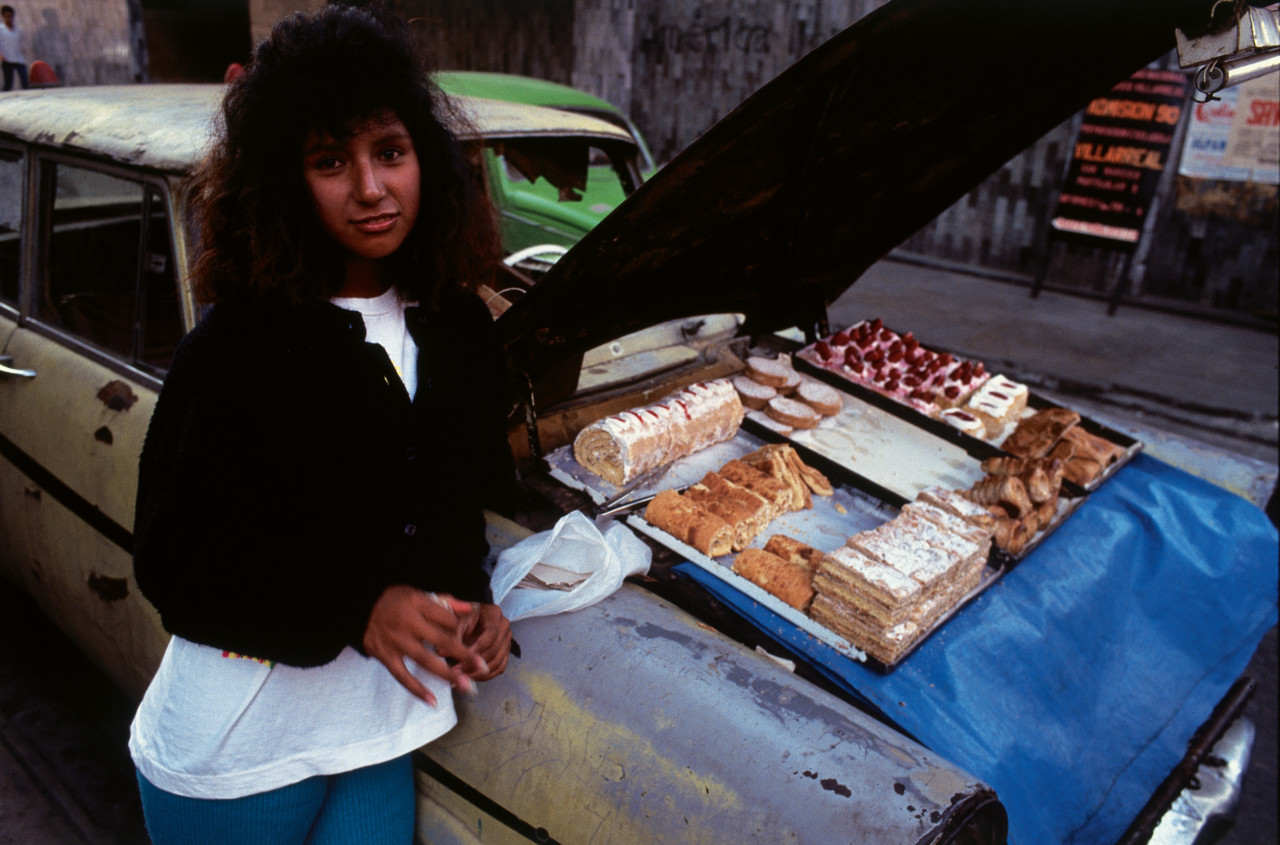 "I have been able to combine and pair the pictures I’ve been making for all these years because those people in them – whether men, women or kids – are timeless" 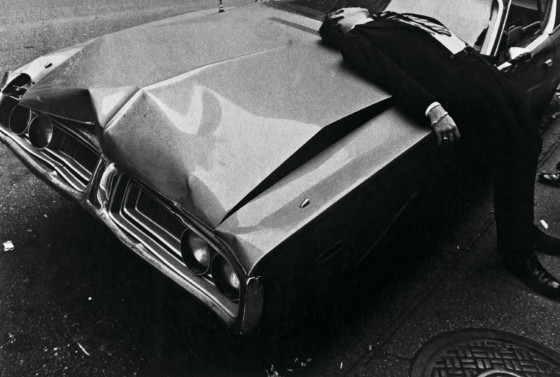 The tribal idea of nationality is here for identifying our distinct cultures, something we should cherish in this great Babel we live in, but underneath this we all are the same flesh and blood. Our love for our wives and children is mostly the same. Religions look always for something that could explain why we are here, but it is the leaders, politicians, priests: it is they who force their power on the people, they are the destructive warlords creating a world of poverty and pain.

I have been able to combine, sequence and pair the pictures I’ve been making for all these years because the people in them – whether men, women or kids – are timeless… Blood is part of our bodies, and one of the things one should try to comprehend is the symbolic aspect of blood. We are still carnivorous beasts, we still bomb other people with a total lack of humanity…

Or, maybe this is humanity: dropping atomic bombs on other people. And one of those was not enough! I’m visceral, maybe because I cannot be anything else while living in a country which is becoming more and more barbaric. But then again, how barbaric was Europe only 80 years ago, Pol Pot’s regime, or all those countries today that still exist under violence and fear ? I never was a reporter, but since a photograph is a document, this book will always be a reportage work of sorts. If you consider the images without their context: I deconstruct these documents to create my own statements, and this is poetry. Poetry is an emotional and recreated view of humanity, trying to understand the big question: why in hell it has to be like this? 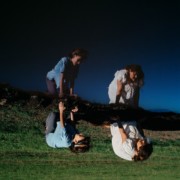