Chris Steele-Perkins on the flickering red light emanating from nearby roadworks which, in combination with a long exposure, created his ambiguous image 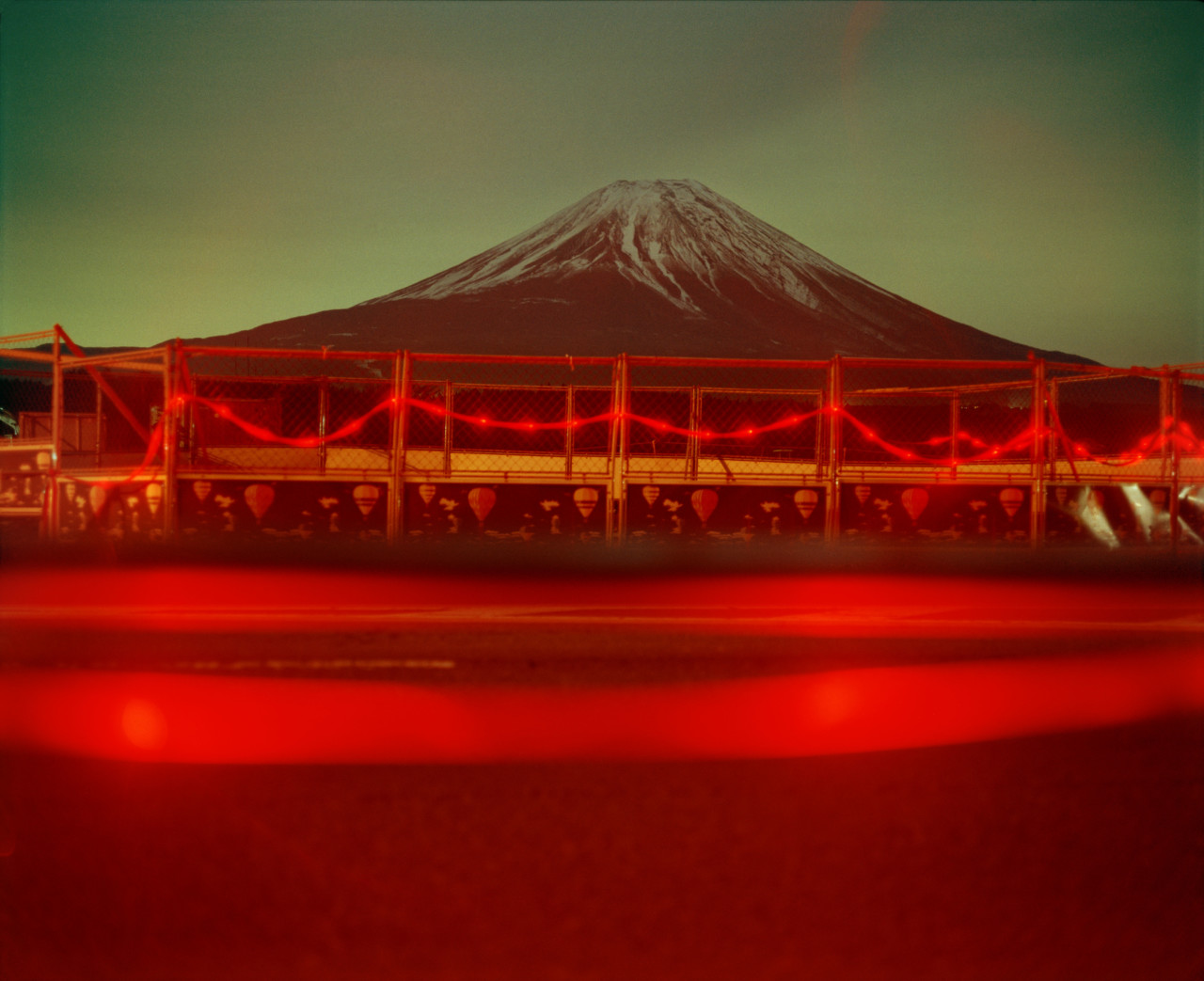 Chris Steele-Perkins Road works and Fuji near Kawaguchiko. I stopped at some road works at night and Fuji was visible. I made a 4 minutes exposure and the flashing red lights combined with the green fluorescent light o (...)
f Fujinomiya city reflecting from the clouds was almost hallucinogenic. Japan. 1999. © Chris Steele-Perkins | Magnum Photos

Here we look at the making of Chris Steele-Perkins‘ ‘Red Fuji’ image, which was to be used on the cover of his 2001 book Fuji: Images of Contemporary Japan. Both the image itself, and the contact sheet below are available on the Magnum Shop. 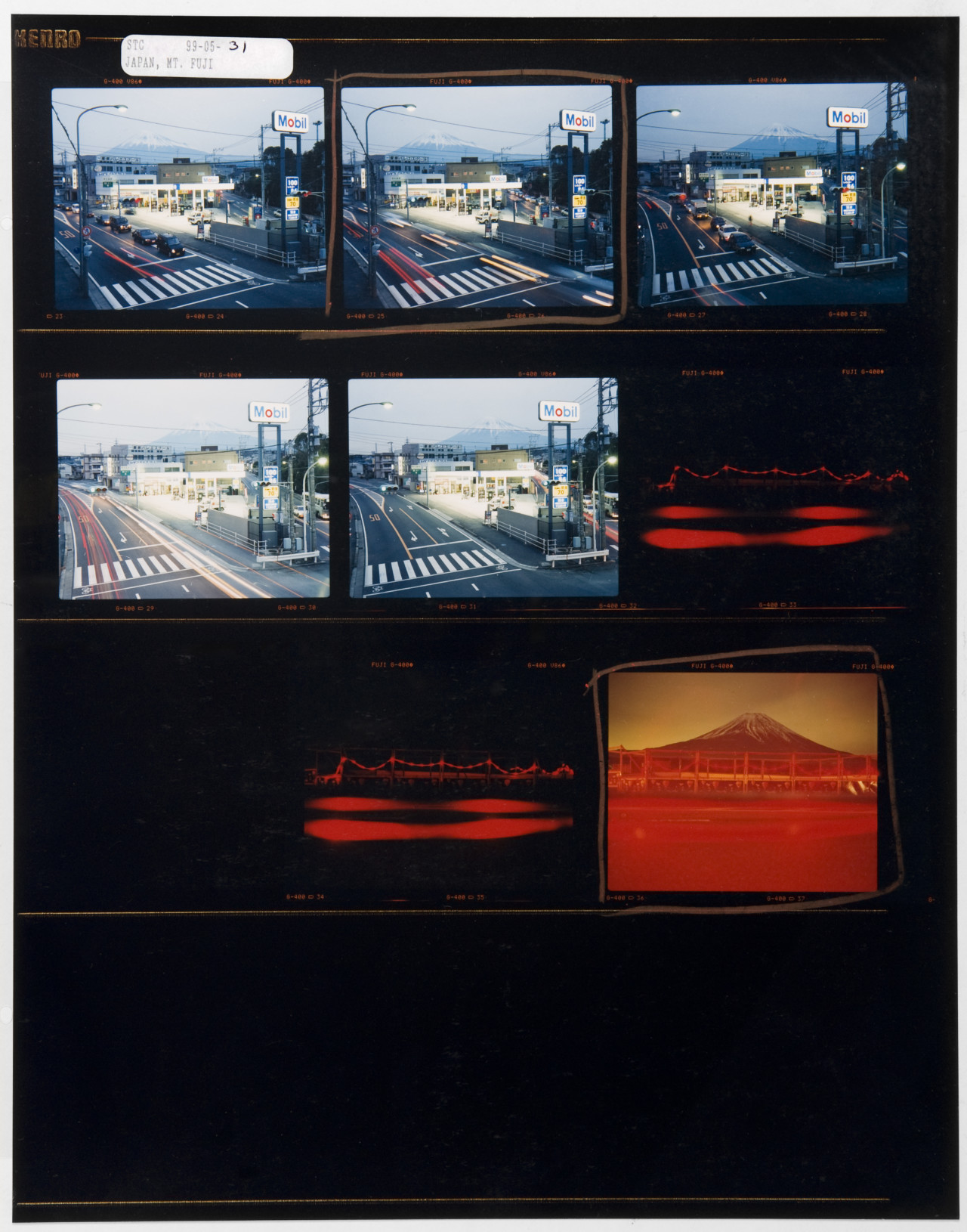 “The first images on this contact sheet are taken from a footbridge in a part of Fuji City where my wife’s father had a restaurant. My wife, Miyako, and I were having dinner with him that evening. The light was good when I shot from the bridge, so we decided to go back to Tokyo the long way round, in a big loop around Mount Fuji. At a certain point, Miyako pointed to the view we had of the mountain. It wasn’t terribly exciting until I came across some roadworks, and I knew I’d get something interesting from their flickering, artificial light. Because we were on a road and it was a long exposure, I had to jump in front of the camera with my coat open whenever cars drove past, in order to block out their lights. I basically guessed the exposures. The final one was about three minutes. People always ask if I used Photoshop, but I didn’t. The red is from the safety lights and the green from fluorescent lights in Fuji City behind the mountain. Two pictures from this roll of film made it into my Fuji book.

The idea for the project started when Miyako gave me a book of Hokusai’s prints, 36 Views of Mount Fuji. I was struck by the documentary nature of his images, which depict views of ordinary life, with the mountain as a presence in the background. The first view a foreigner usually gets of Fuji is on the bullet train out of Tokyo, when the mountain rises out of the surrounding industrial landscape. This is the unromantic reality, and yet in most photographic representations there is hardly any sign of human activity. I wanted to depict contemporary Japan in the shadow of Fuji as I really found it, and in so doing discover the country.

As the project progressed, I would get several rolls contacted together, from which I would then make proof prints of the images I liked. The contact sheet is interesting, as you carry in your head what you think you’ve photographed, but sometimes the actual picture doesn’t quite come up to scratch. On this sheet, for example, I didn’t realize that I’d messed up the exposures in the initial images of Fuji at the roadworks as much as I had done.

In Japan, ‘Red Fuji’ – meaning ‘Fuji tinged by evening light’ – is considered to be especially beautiful. People refer to this photo as my ‘Red Fuji’ picture, even though in the photo the mountain itself is not actually red. I like that apparent confusion, and this image ended up on the cover of my book, because it’s the sort of picture that you don’t interpret immediately; you look at it and wonder,

‘What is it? What’s going on?’ I want that. It’s ambiguous, and hopefully it draws people in.” 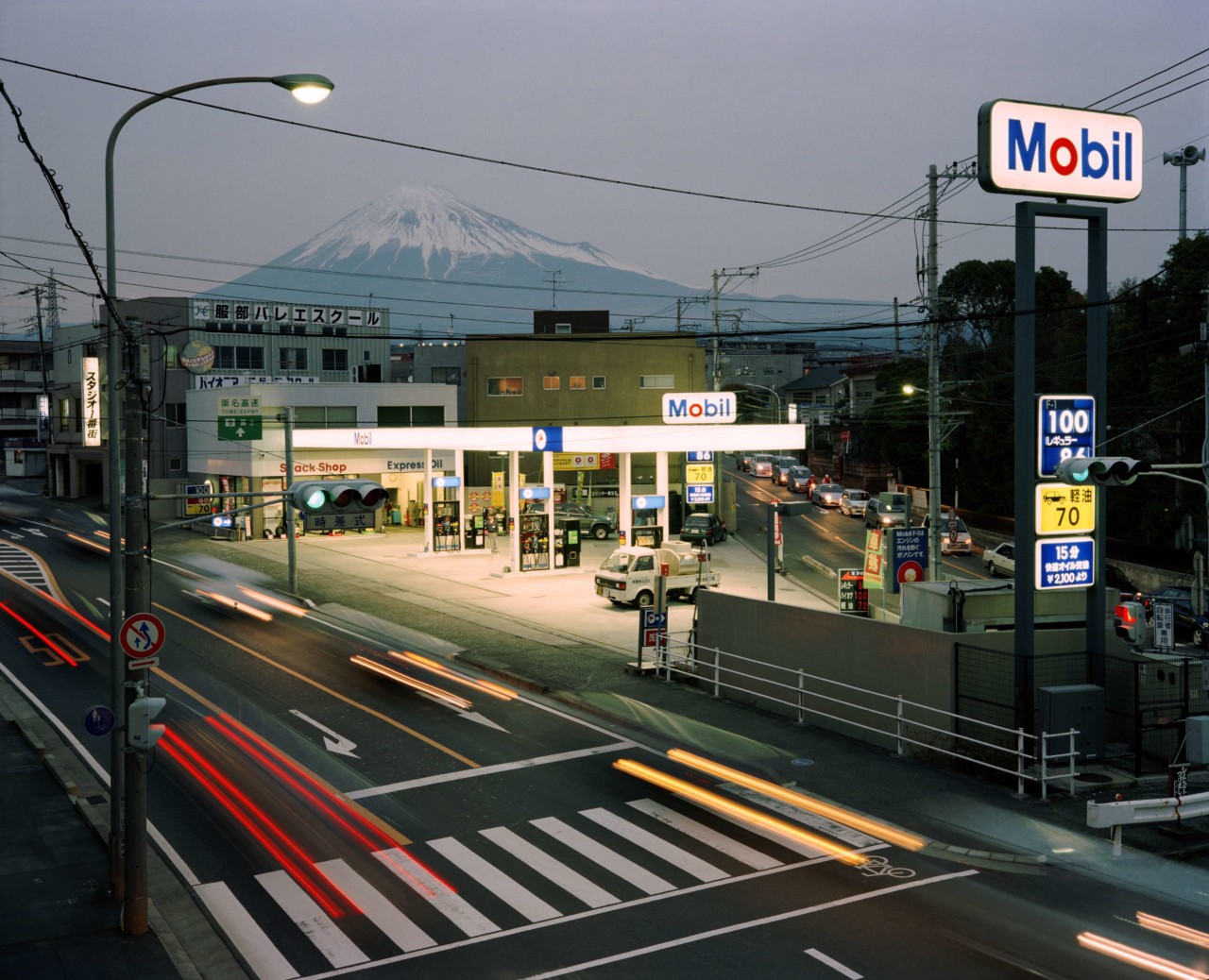