In a letter to his wife, Rosellina, Bischof describes 'exquisite' trees and their 'shapes of breathtaking beauty' 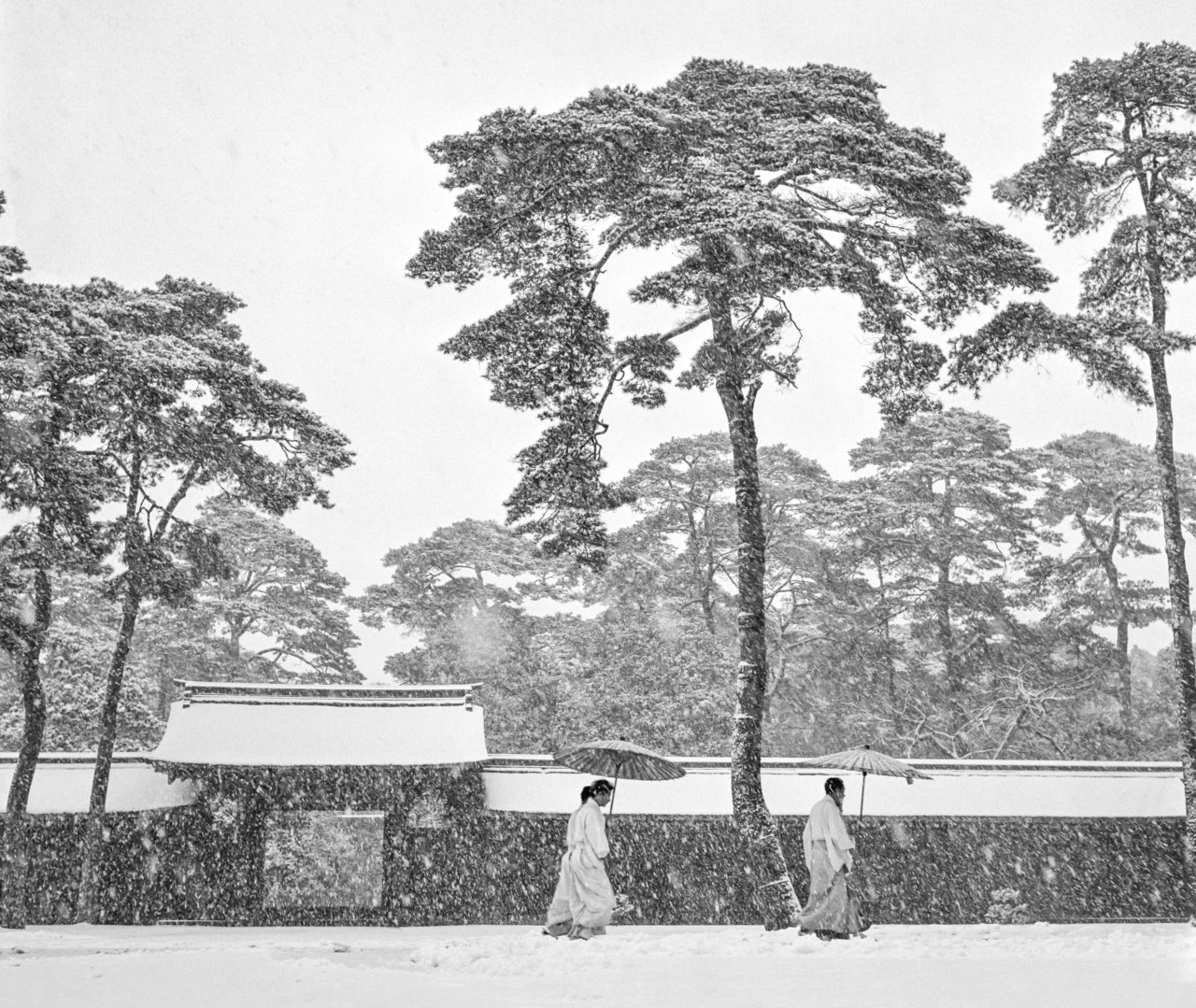 Magnum Contact Sheet Prints tell as much of a story as the single image that goes on to become iconic: they reveal the efores’, the ‘afters’, and the ‘almost-theres’, that surround some of the most iconic photographs. Magnum Contact Sheets offer a unique insight into the methods by which members have produced some of their best-known images. These prints, including Werner Bischof’s of the making of the above image, are available exclusively on the Magnum Shop.

A new Fine Print collection of Bischof’s work, including the famed Meiji Shrine photograph, is now available to explore here on the Magnum Shop.

Below, we explore the contact sheet behind Bischof’s image, above. As Kristen Lubben wrote in her introduction to the book, Magnum Contact Sheets, first published in 2011 by Thames & Hudson: 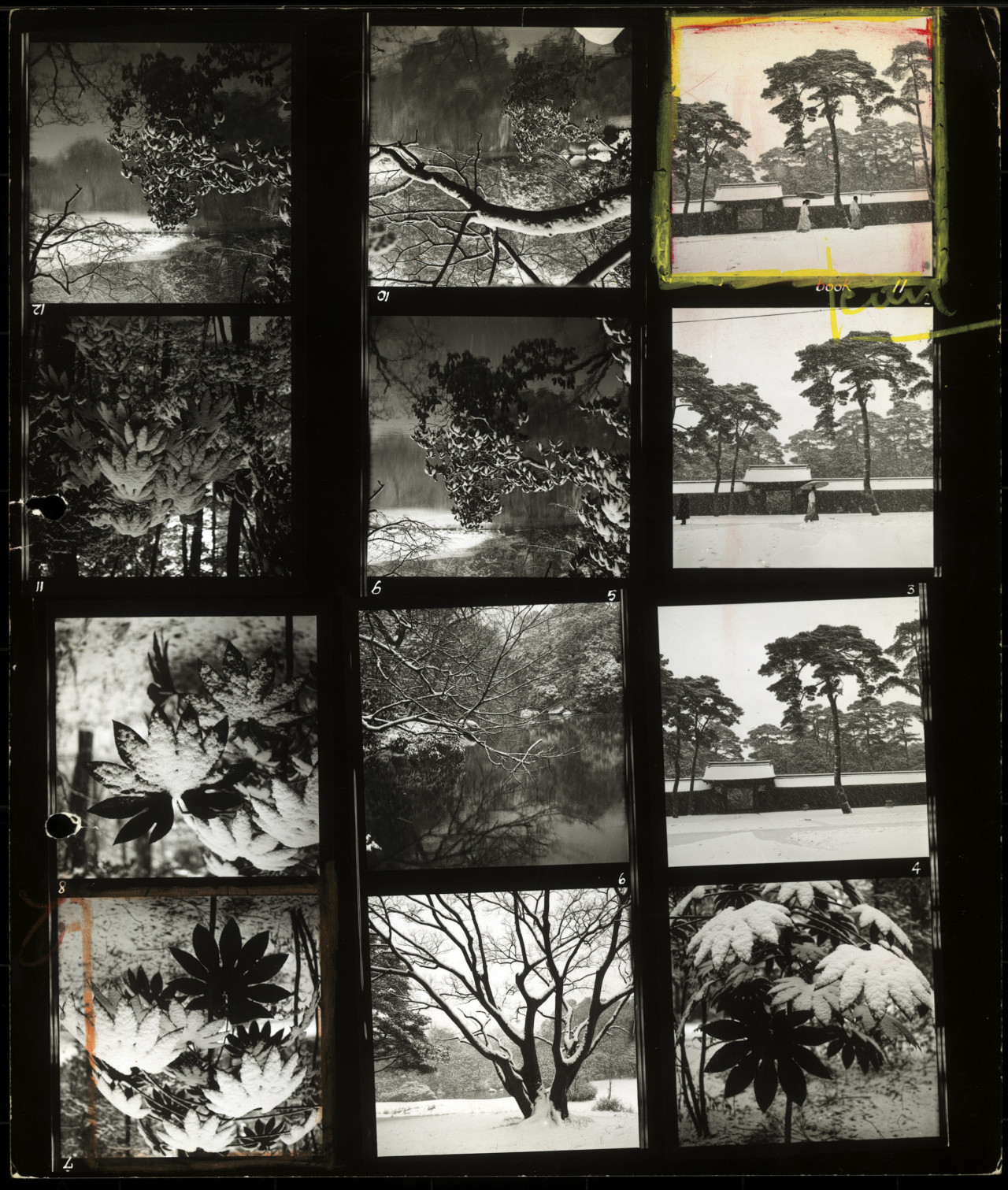 Having documented the devastation wrought by World War II, Swiss photographer Werner Bischof joined Magnum in 1949, along with its founder members. Bischof was assigned to photograph the war in Korea. His journey there took him through Japan, which had been a destination for American servicemen, who were given leave in the country for ‘rest and recuperation’. Bischof completed his assignment in Korea, but it was Japan that won his heart. There he stayed for almost a year.

Together with his wife Rosellina, he discovered a Japan of beauty and purity, of design and ritual, possibly reminded him of his early studio days studying under Hans Finsler at Zurich’s School for Arts and Crafts. Here, as he had previously done in India, he pursued a theme that has lost nothing of its topicality: the intrusion of Western values and symbols into ancient cultural traditions.

Bischof’s time in Japan marked a high point in his oeuvre. The subject matter and the photographer’s sensitive, considered approach complement each other perfectly. Kabuki theatre and striptease, temples and advertising, meditation and mobility all rub shoulders in Bischof’s photographs of Japan, published in the last book that he was able to complete in his lifetime.

Below is the entry from the book, Magnum Contact Sheets, about Bischof’s famous image of snow-draped trees in the garden of the Meiji shrine in Tokyo.

On 17 September 1951, while he was in Tokyo, Werner Bischof wrote a letter to his wife Rosellina, telling her: ‘The trees are quite exquisite in Japan. You know the poems that tell of the wind blowing through the trees and the leaves. In the centre of the capital, with its ever-increasing bustle, I have discovered some tree shapes of breathtaking beauty, and have drawn them for you. I cannot believe that these people will ever stop venerating nature, that a time will come when they no longer shelter trees and flowers in their houses as symbols of what is noble and pure…’

Rosellina joined Bischof in Japan for three months. During that time, he took the photograph of the Shinto priests in the garden of the Meiji shrine in Tokyo. The story goes that he suddenly ran off and followed the priests. When he returned, he told Rosellina: ‘Now I have the picture of Japan!’ He realized the importance of his photograph immediately. It is also possible that he had in mind the famous screen painted by Master Hasegawa Tōhaku with a depiction of pine trees.