Glitz and glamour versus pain and resilience; Peter van Agtmael reflects on the contrasting themes of Ms Veteran America It is the endlessly contradictory nature of war that proves irresistible to photographer Peter van Agtmael. After more than a decade covering America’s conflicts from all angles, he still has a “deeply conflicted relationship with notions of patriotism and nationalism in America”.

This tension was brought into spectacular relief with the annual Ms Veteran America Competition. Less a beauty pageant and more a celebration of women in combat, the show draws female veterans from across the country to reflect on their courage while embracing their femininity. Van Agtmael, who documented last year’s event, has photographed women serving in Iraq and Afghanistan before but saw this as an opportunity to go deeper into their lives off the field. 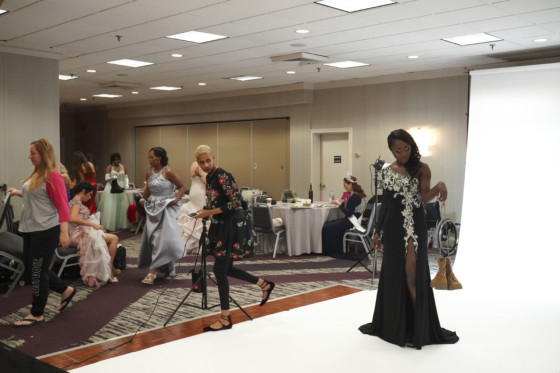 “It felt like a missing link in the work I’ve been doing. And I wanted to find the right story to begin to fill that gap. This pageant, which intertwined femininity and martial values while acknowledging the injustices and violence faced by women seemed to be a powerful story. I’m drawn to stories filled with contradictory elements.”

The event is varied with contests for best evening gown, physical fitness as well as a talent segment. But beyond the obvious competitive element, it engenders sisterhood and solidarity and an opportunity to find light in the darkness. Held in Washington D.C., it also doubles as a fundraiser to provide housing and support for homeless women veterans and their children.

The competition’s “many layers” revealed themselves most acutely in the talent portion. Strange spectacles like a woman dancing in a cheetah costume were sandwiched next to testimonials of sexual assault and abuse in the military. One service member sang opera, while another talked about her brothers suicide after suffering from PTSD. “On the surface it was superficial glitz and glamor, but the subtext was one of pain and resilience,” says van Agtmael. "On the surface it was superficial glitz and glamor but the subtext was one of pain and resilience." Though beauty pageants are often criticised for reducing women to their looks, here, the audacious display of gowns and glitter was a political act. The competition provided a space for the veterans to celebrate, rather than disguise, their womanhood. “Some women are conventionally beautiful, some less so,” he says. “But they all take pride walking the stage in a beautiful gown. That takes its own kind of bravery.” 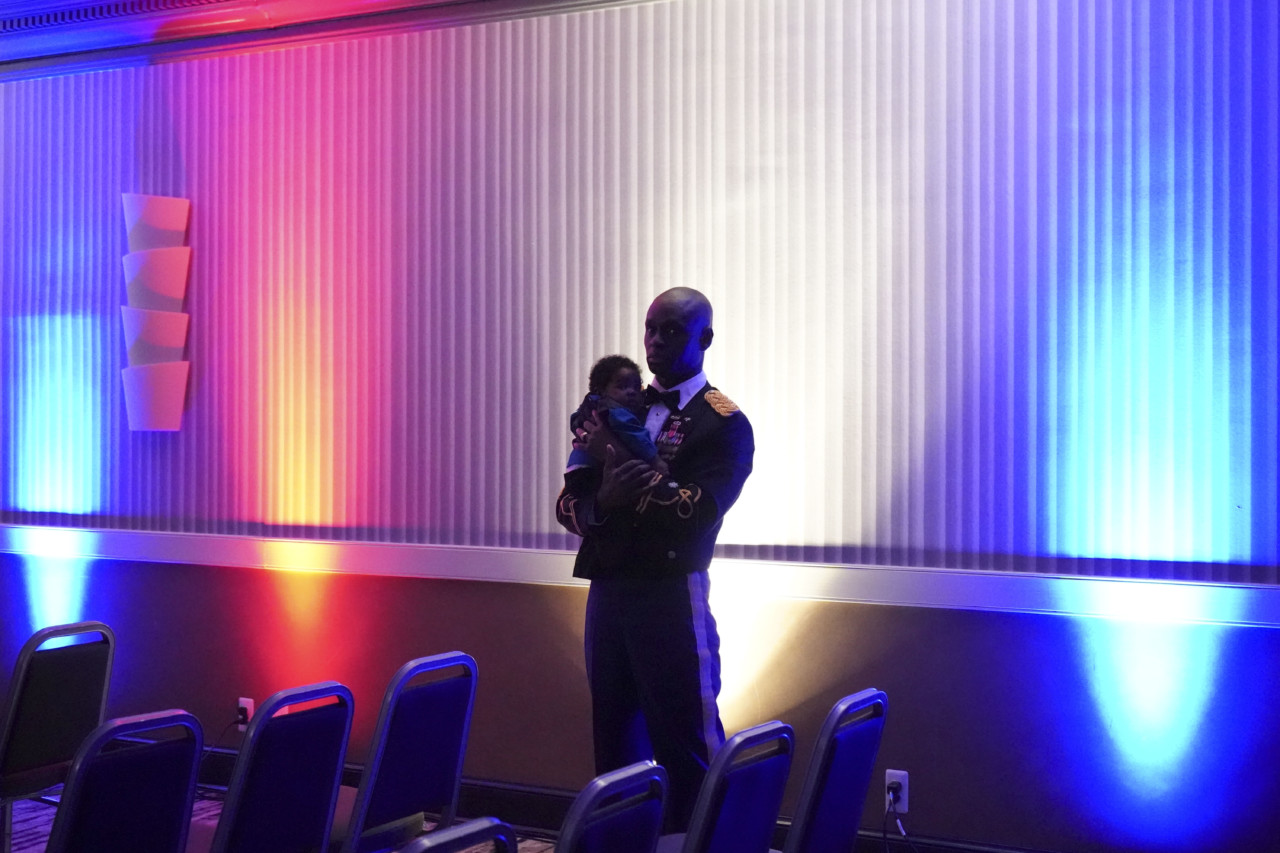 Van Agtmael admits he was an “outsider in every sense” and as such, found the tension between courage and superficiality a delicate balance to get right. “I’m not entirely sure how to reconcile all the seemingly contradictory things that are embodied here; it’s outside my frame of reference,” he says. “It seems like this pageant has created a lot of loyalty and passion from previous winners – they have remarkable stories of overcoming adversity and finding strength among one and other.” 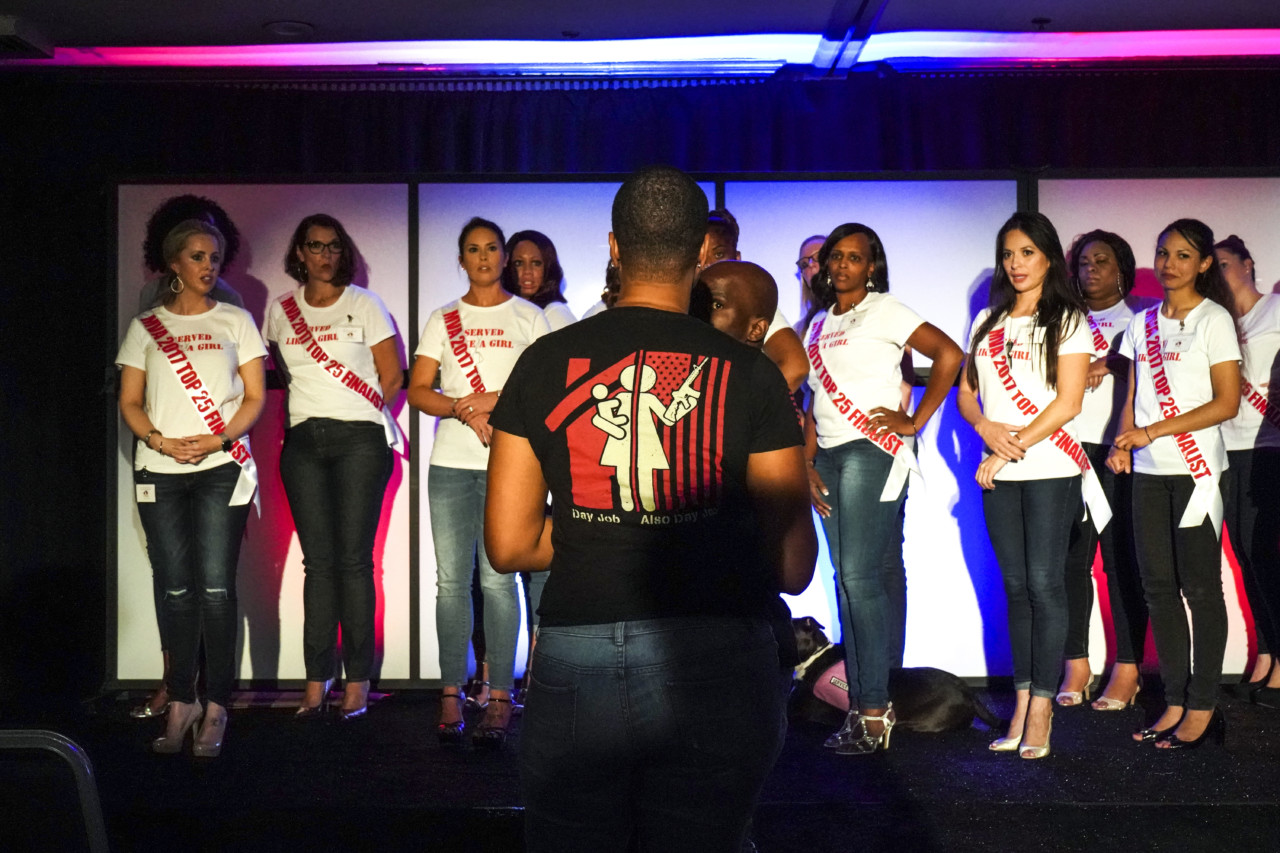 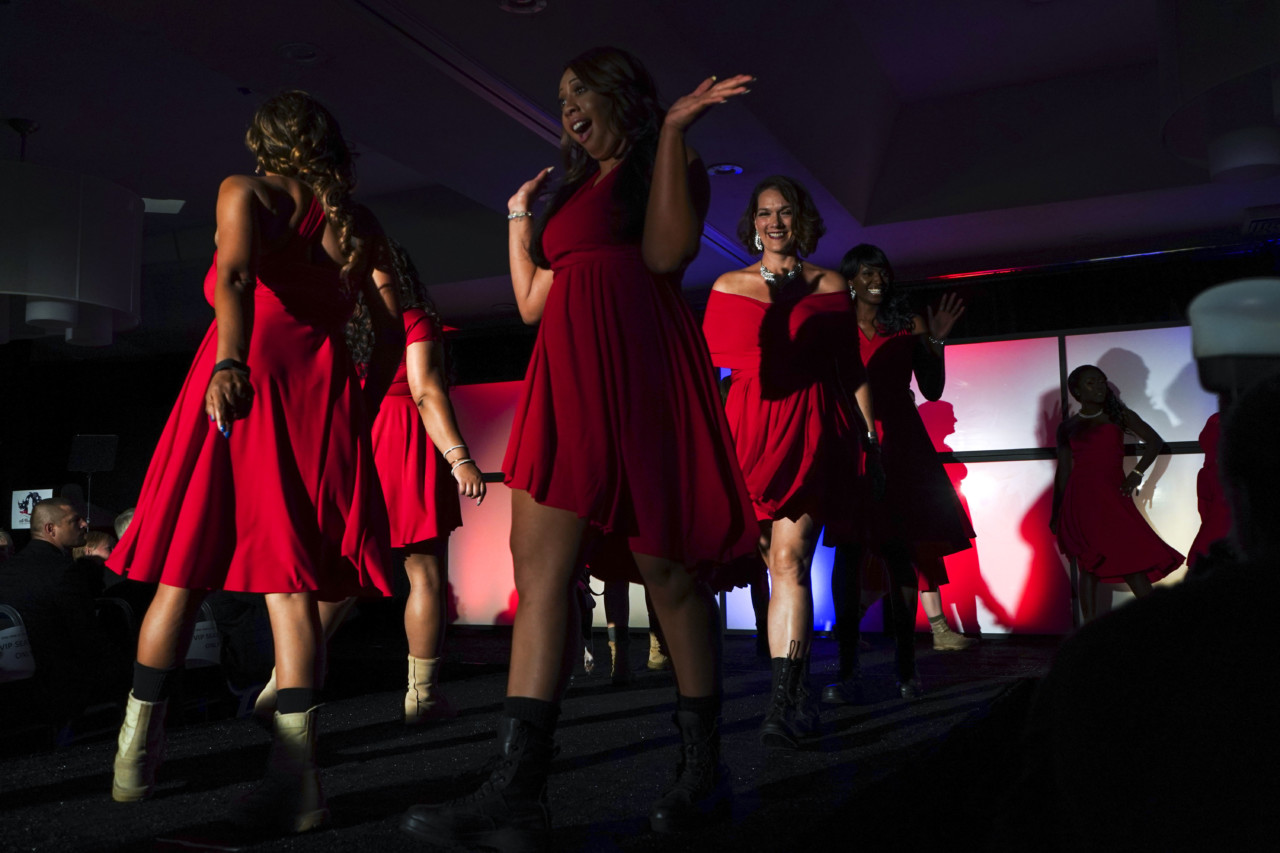 The paradox of stilettos and lipstick smiles pinned against the backdrop of war’s aftermath is characteristic of van Agtmael’s photographic practice. “I’m always intrigued by the parts of human nature that can deeply love something while feeling terribly hurt by it at the same time,” he says. His unsparing study of an incoherent America culminated in photobooks Disco Night Sept. 11 and later Buzzing at the Sill. Both took a hammer and chisel to the country’s ideas of patriotism, gravitating as they do towards existential terrains of deep unrest. Both can be characterised by a relentless refusal to photograph the surface of a story in favour of its murky underbelly.

“A lot of the work I’ve done in America and relating to these conflicts is oftentimes about this surreal and unexpected intersection of different kinds of worlds and [this pageant] to me embodied that. What attracted me is that you’re taking two seemingly polar opposite worlds and very conspicuously mashing them together.” 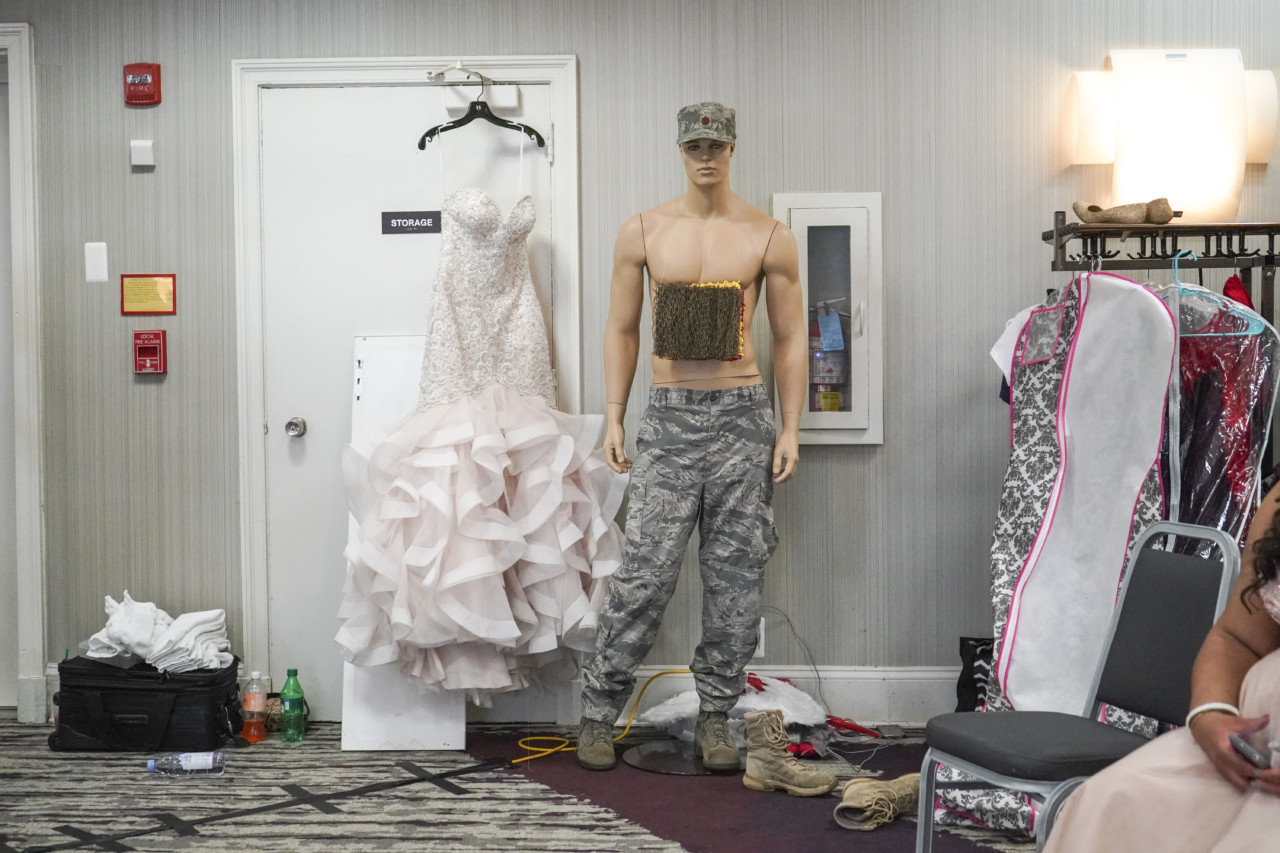 "Some women are conventionally beautiful, some less so. But they all take pride walking the stage in a beautiful gown. That takes its own kind of bravery.
" 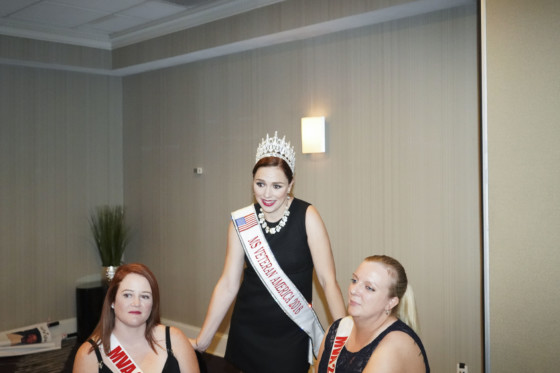 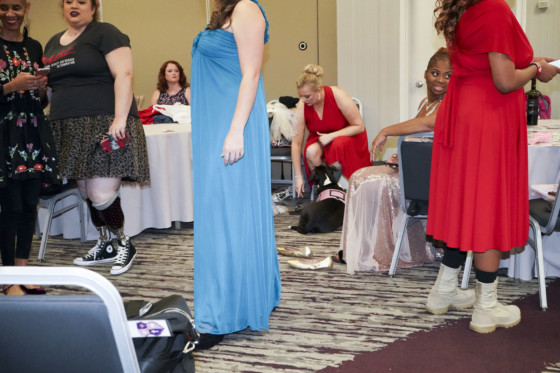 Van Agtmael worked hard to express this contrast in a thoughtful and complex way. He refused the conscious spectacle, focusing instead on the sidenotes. He quotes Gary Winogrand: “‘How do you make a picture more theatrical than a subject’s own theatricality?’ Well, this is a situation where I’d like to make the subjects less theatrical than their own theatricality.”

During his time documenting the horrors of war and its aftermath, van Agtmael has witnessed “astounding violence” committed by Americans but has also encountered some of the most honorable and thoughtful people he has ever met. “How to reconcile these things? I can’t,” he says. “I guess that’s why I was attracted to this story. These contradictions can somehow rest on parallel lines, being empowering and troubling simultaneously.”